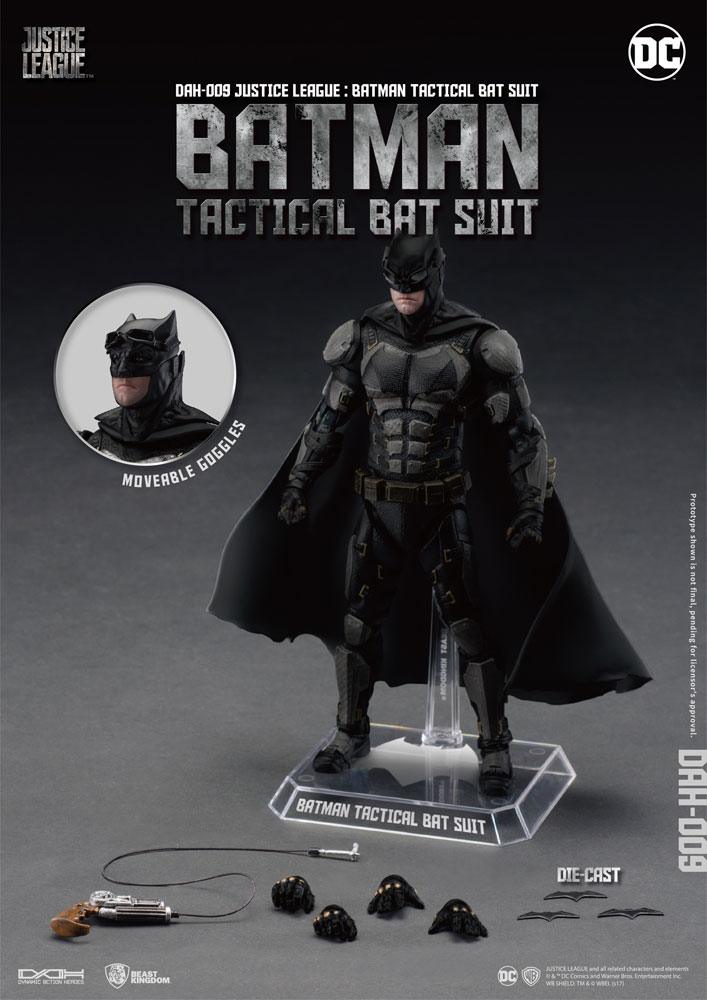 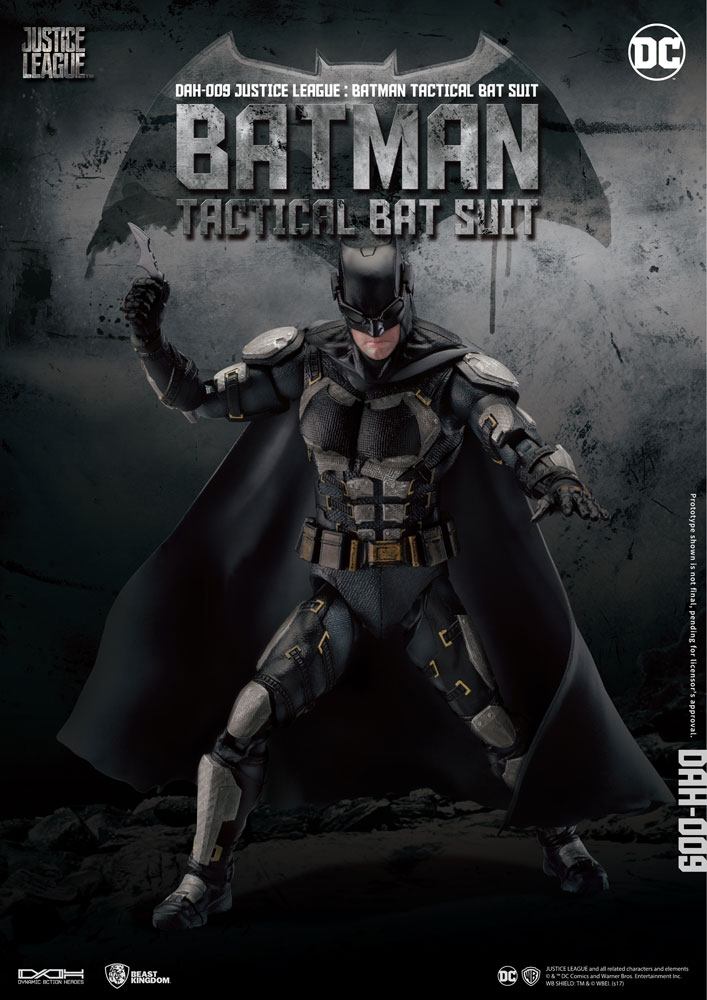 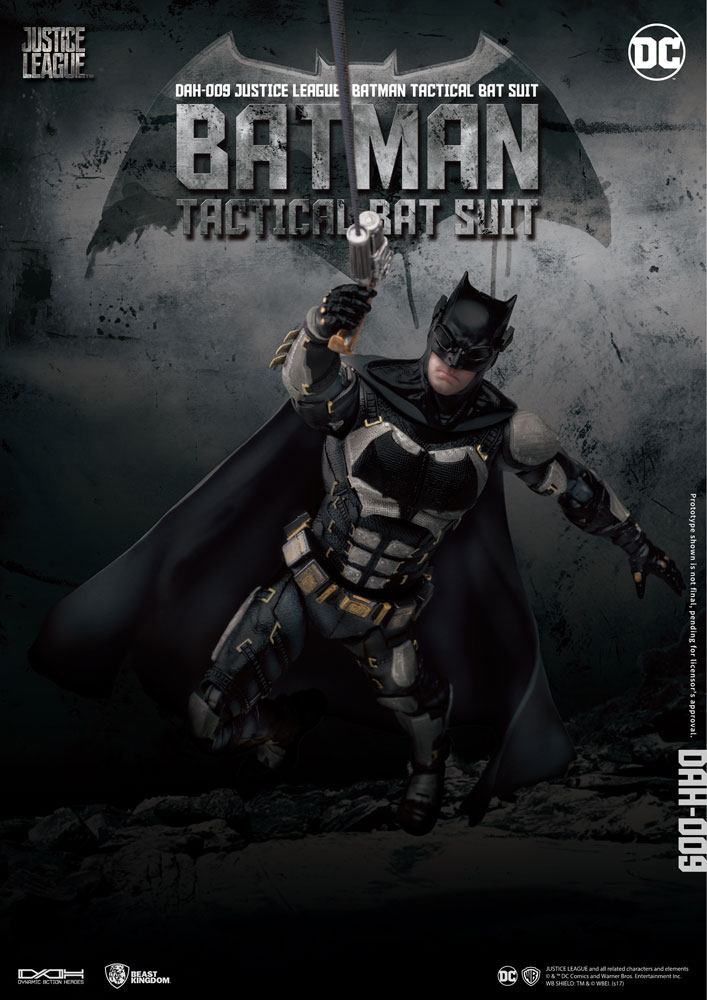 Beast Kingdom has released the Justice League series character under the latest DC comics: Batman Tactical Bat Suit. To maintain the features of the DAH series, we focus on producing highly maneuverable character figurines with nearly 100% representation of life-like facial features of the actor.

Based on the official references and scanned 3D images of the actors, aided with professional manual coating, the character essence is thus recreated with fine details and simulation to depict the post-fierce-fighting Batman and his latest combat armor.

The figurine comes with 30 movable joints along with Batman's exclusive accessories: grapple gun, and alloy Batarang, plus hands of various shapes to allow for any posing of classic postures from the movie.