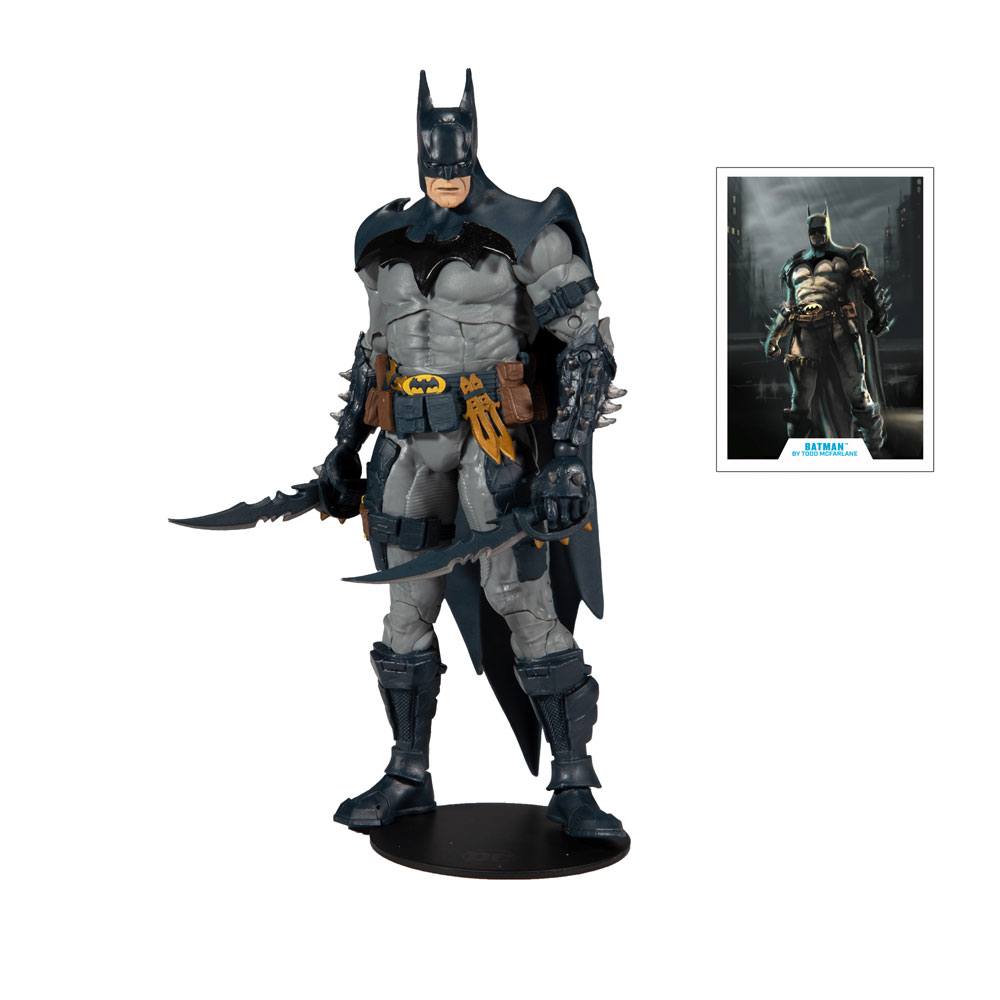 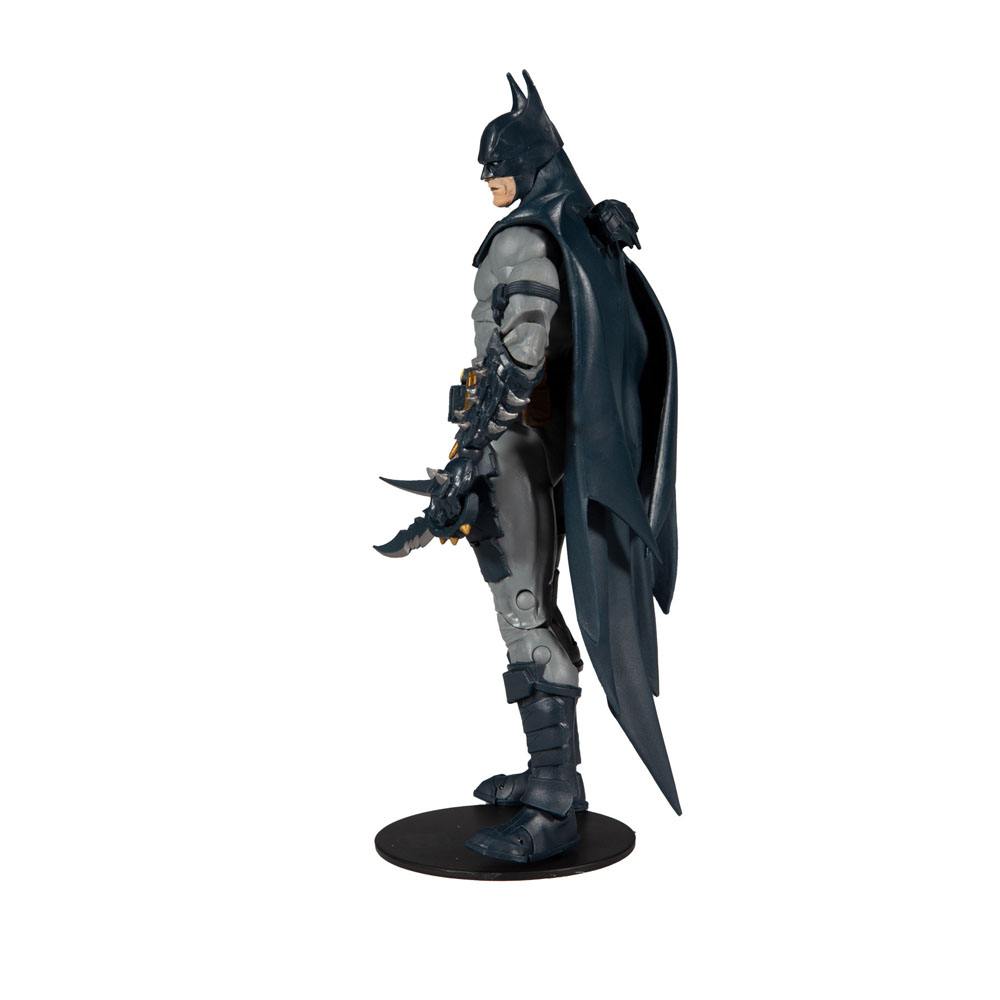 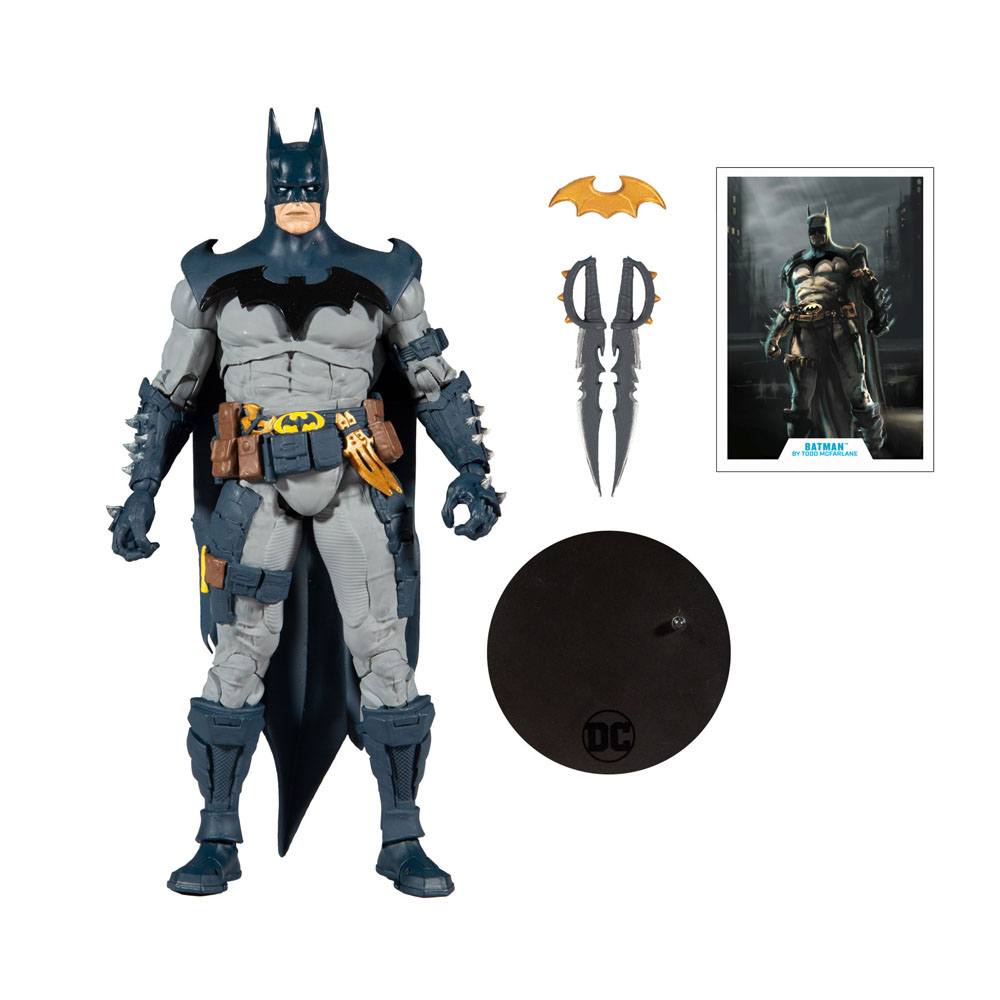 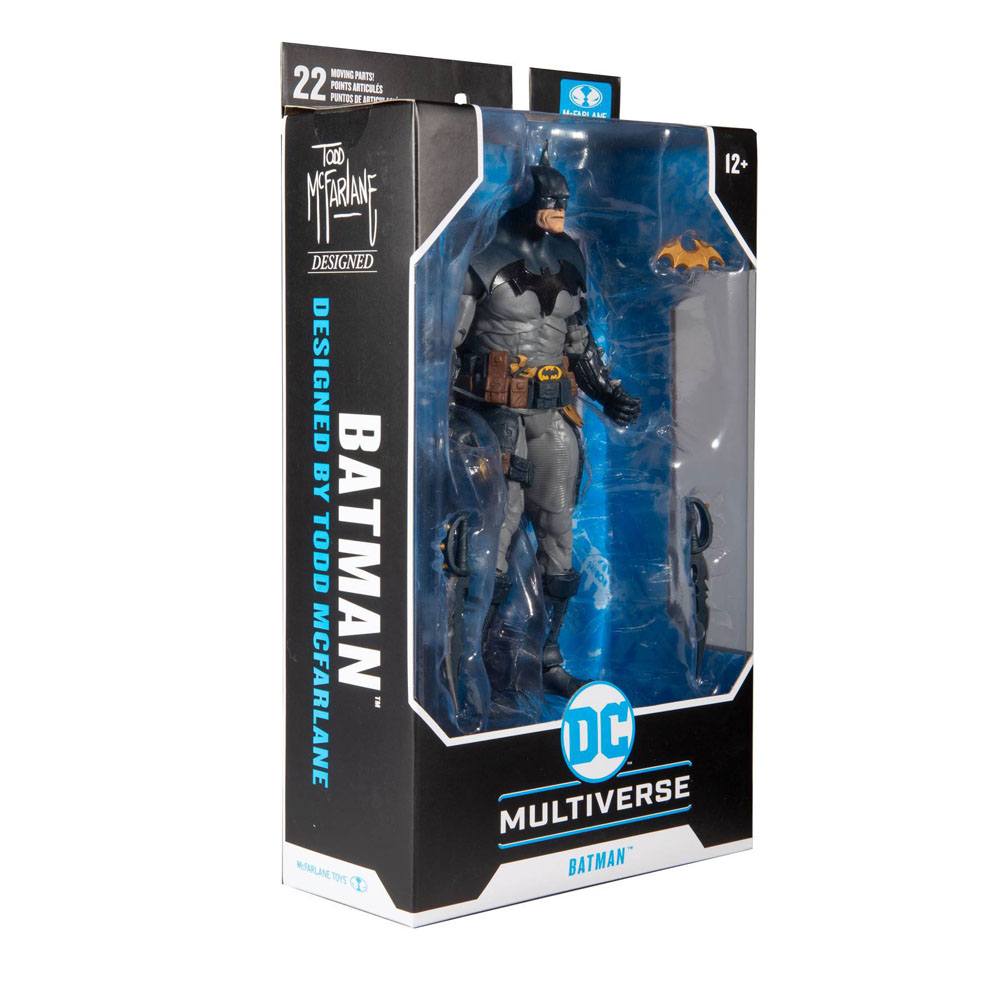 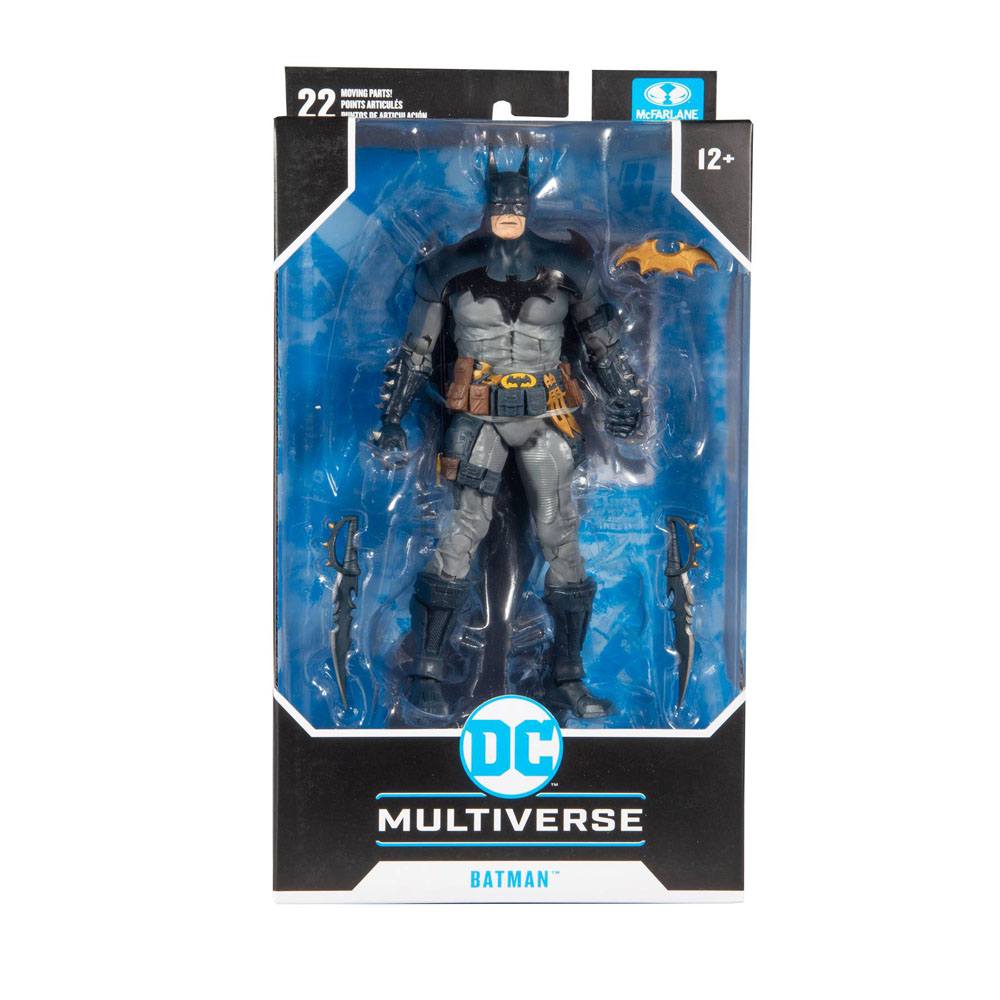 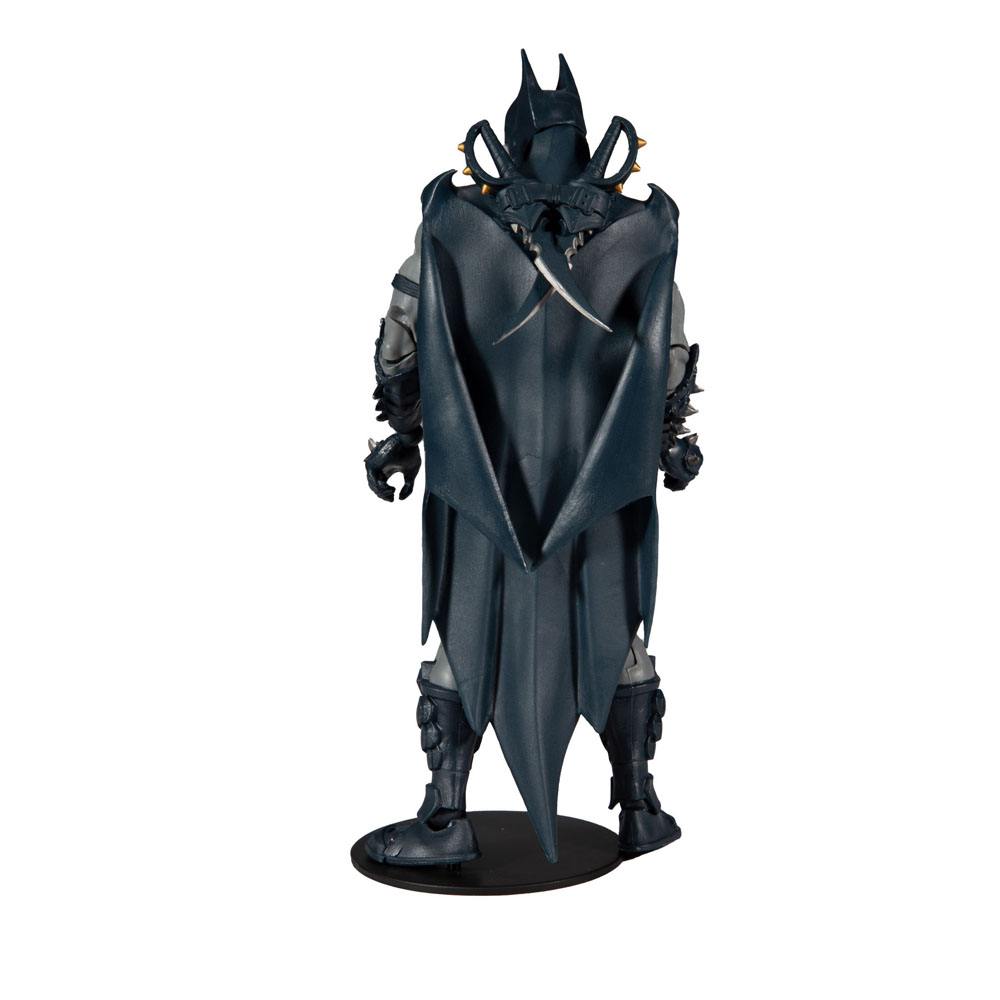 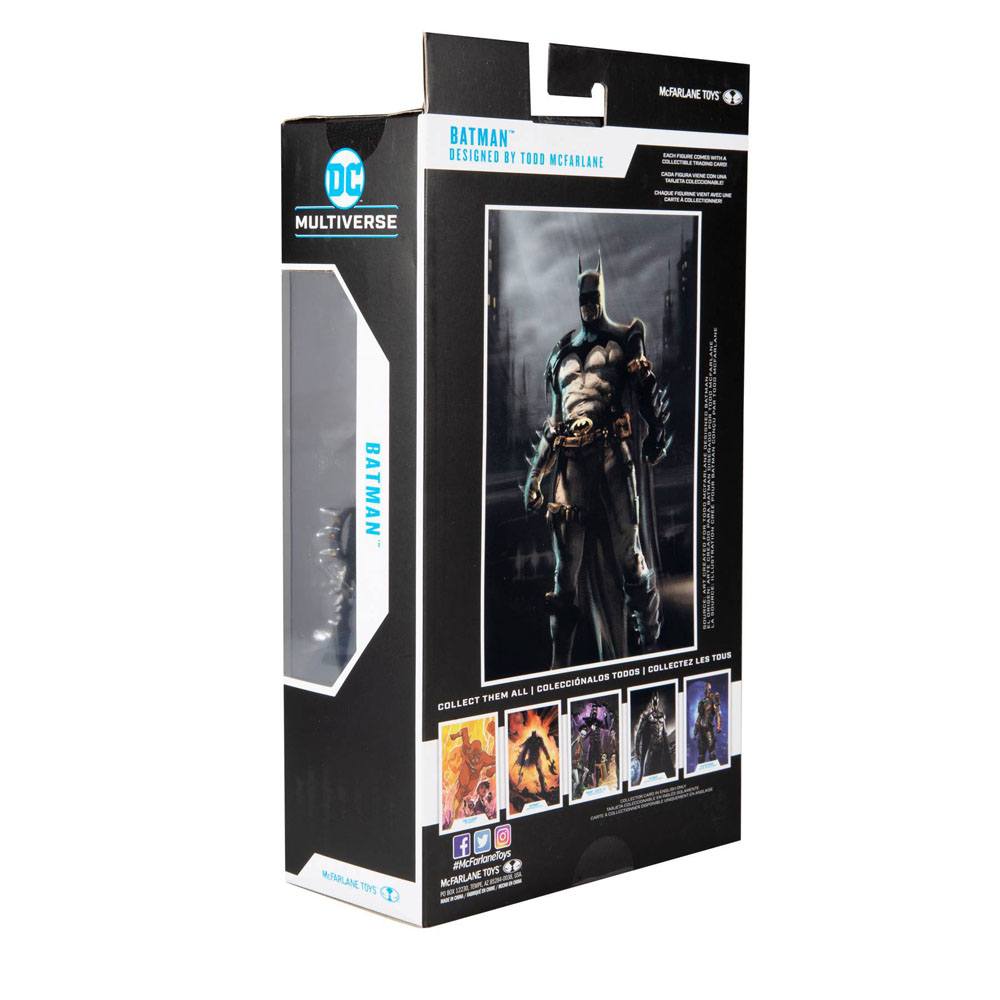 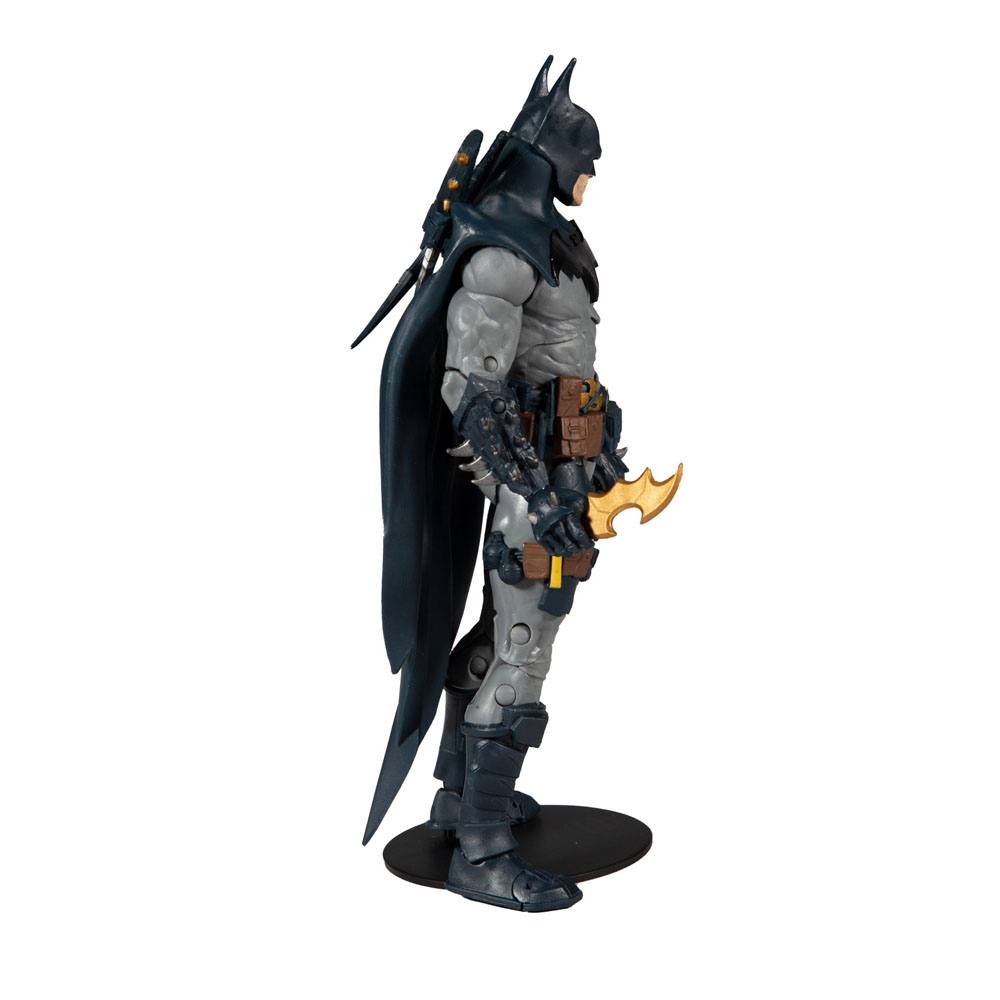 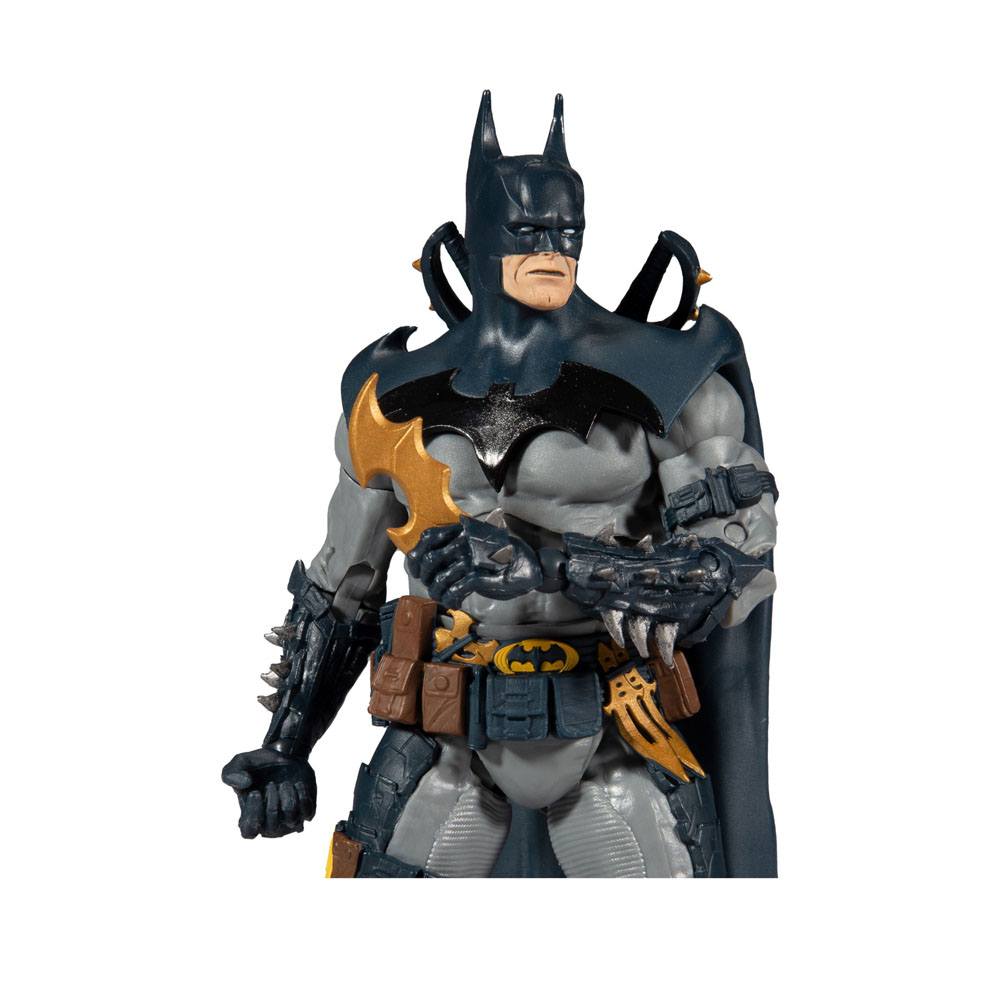 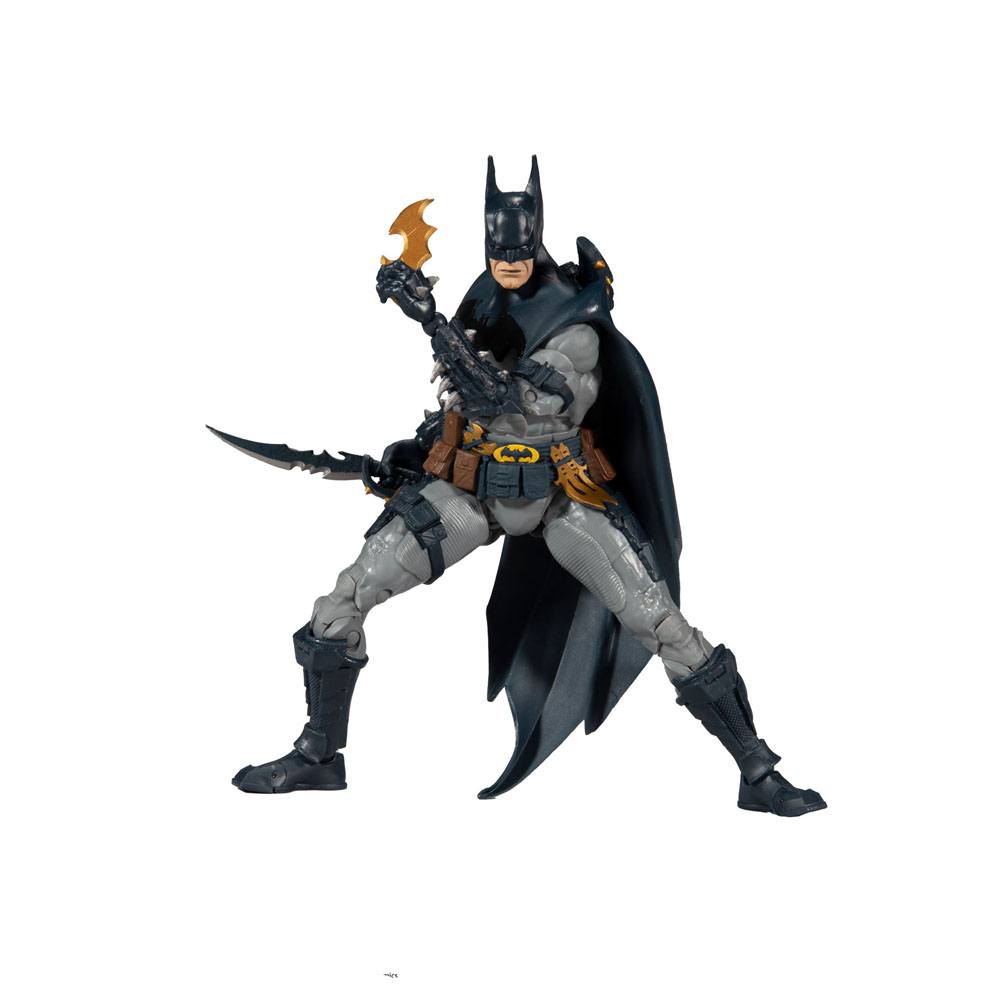 In the 1980's, Todd McFarlane began drawing Batman professionally, working on the classic storyline "Batman: Year Two" in Detective Comics, and creating iconic artwork, including his dynamic cover for Batman #423. Todd went on to become a titan of the comic book industry, but has always had an affinity for Batman, stating,"I've always liked the fact that Batman has no super powers. When it comes down to it, he's just a dude in a costume. Conceivably, if you pushed him off a roof (Batarangs, etc. aside), he could potentially die, unlike Superman.

- Incredibly detailed 7" scale figures based off the DC Multiverse
- Designed with Ultra Articulation with up to 22 moving parts for full range of posing and play
- This Batman figure is inspired from the mind of Todd McFarlane, to create a new never before seen before version of Batman. This figure is featured with a Cape and Cowl Batman comes with two swords, and a base
- Includes collectable art card with Todd McFarlane Batman artwork on front and character biography on the back
<!-- <div class="row margin-bottom-40">