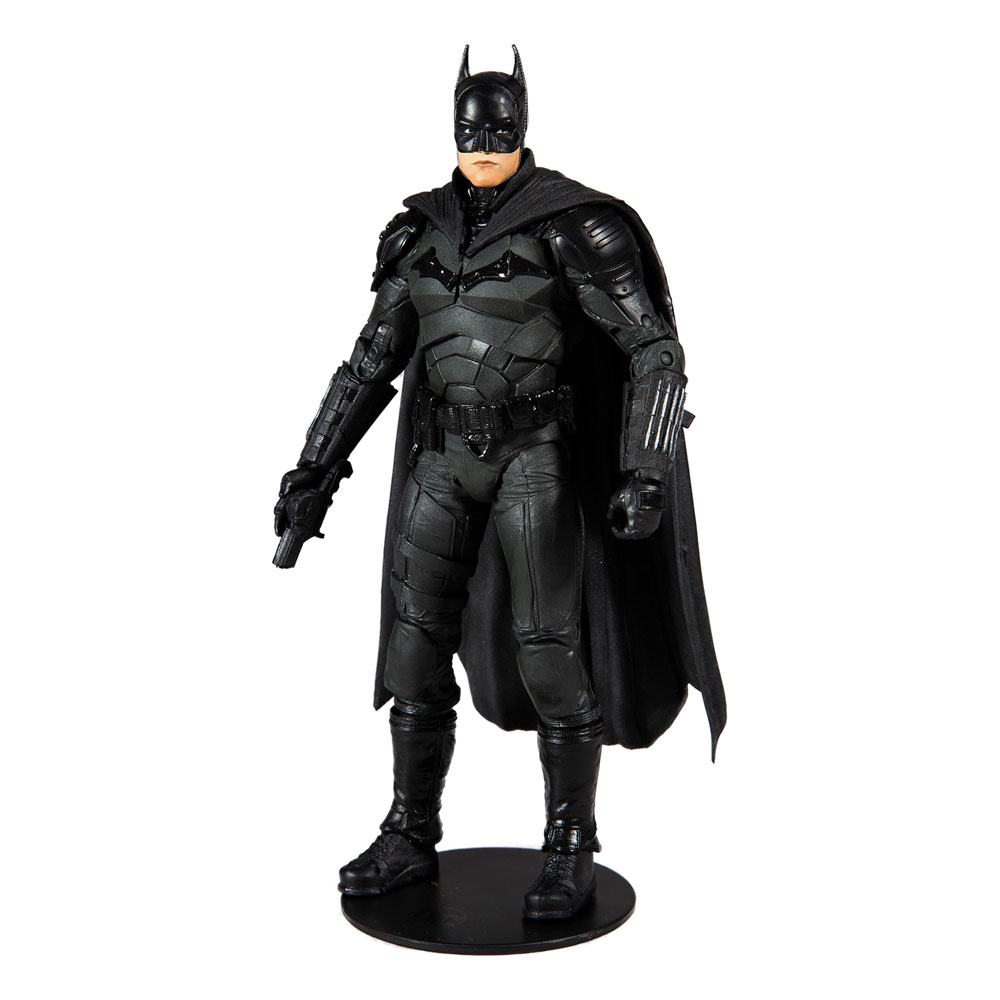 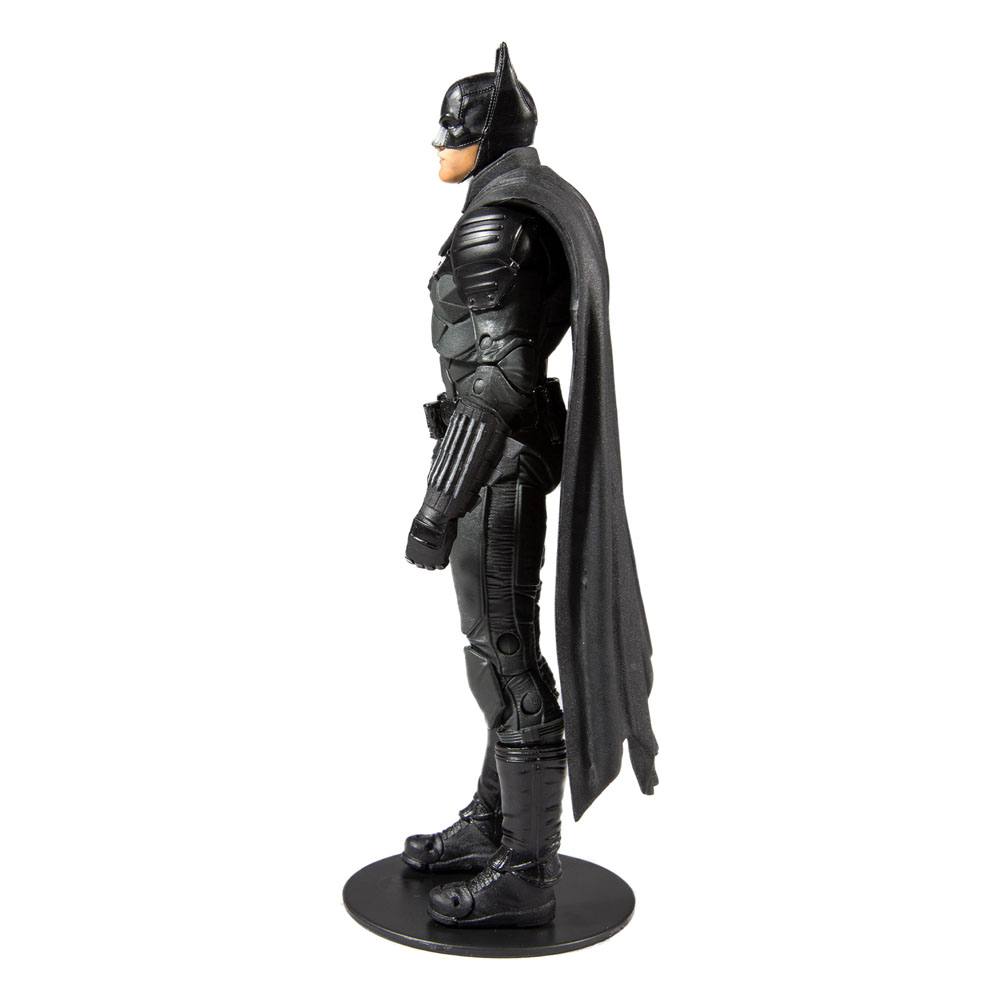 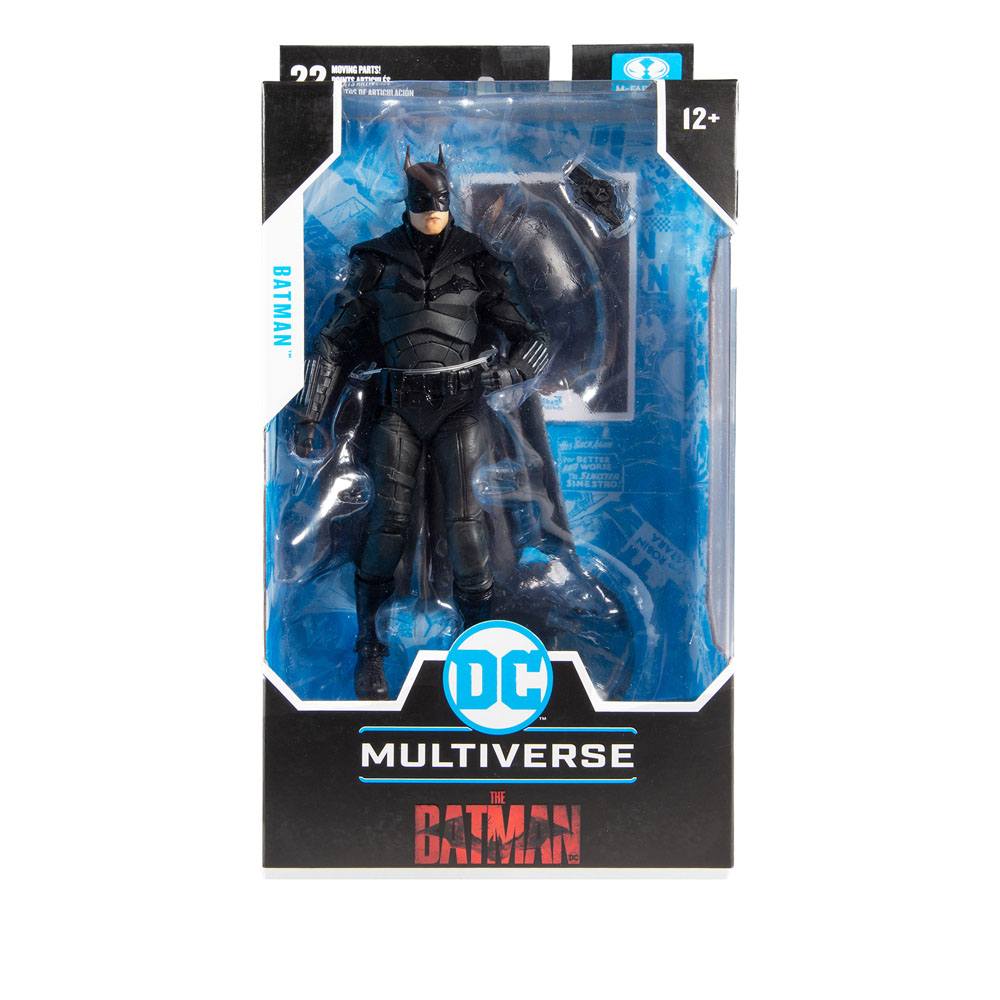 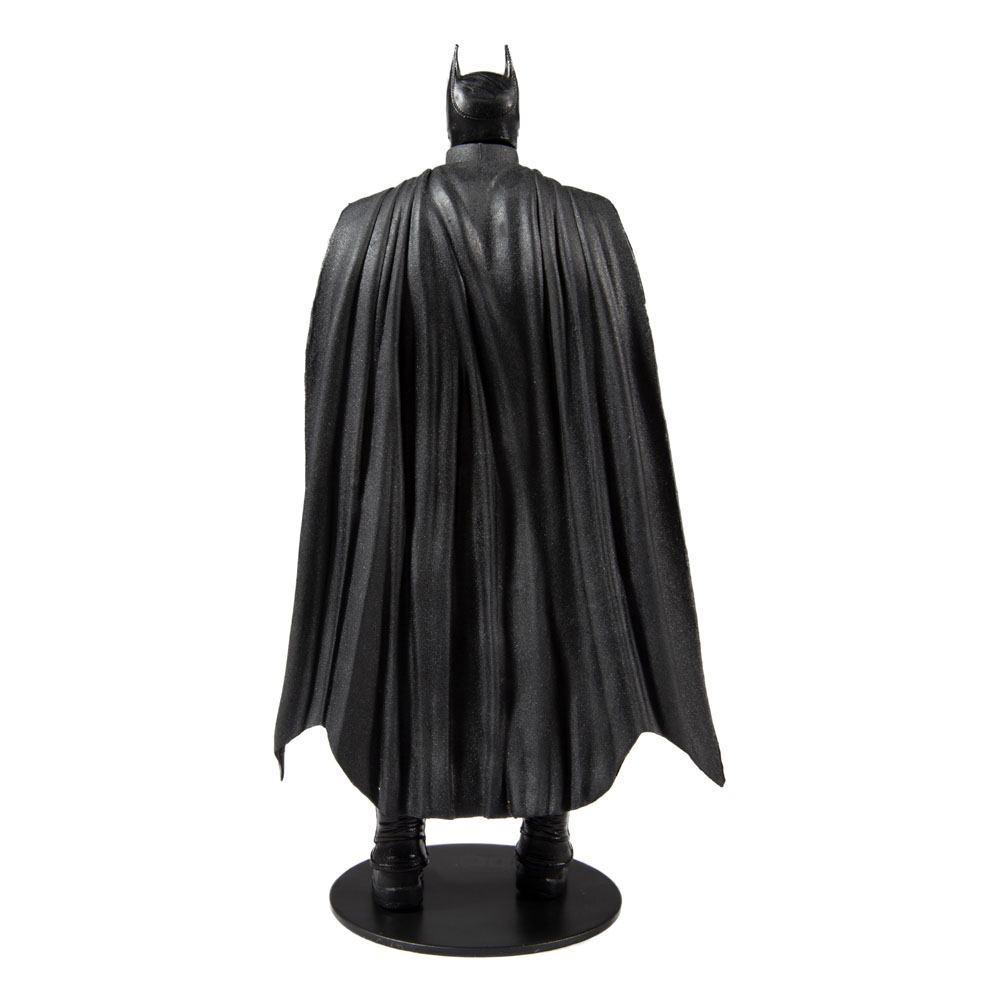 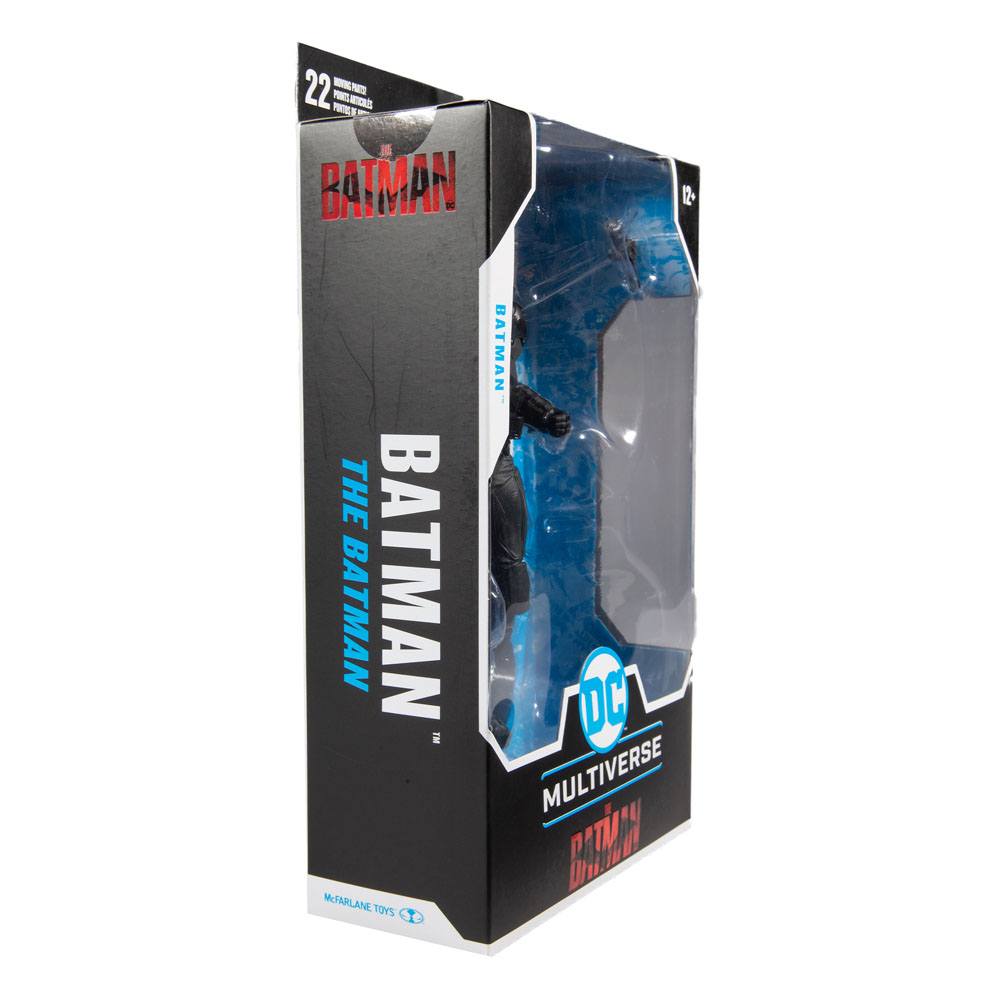 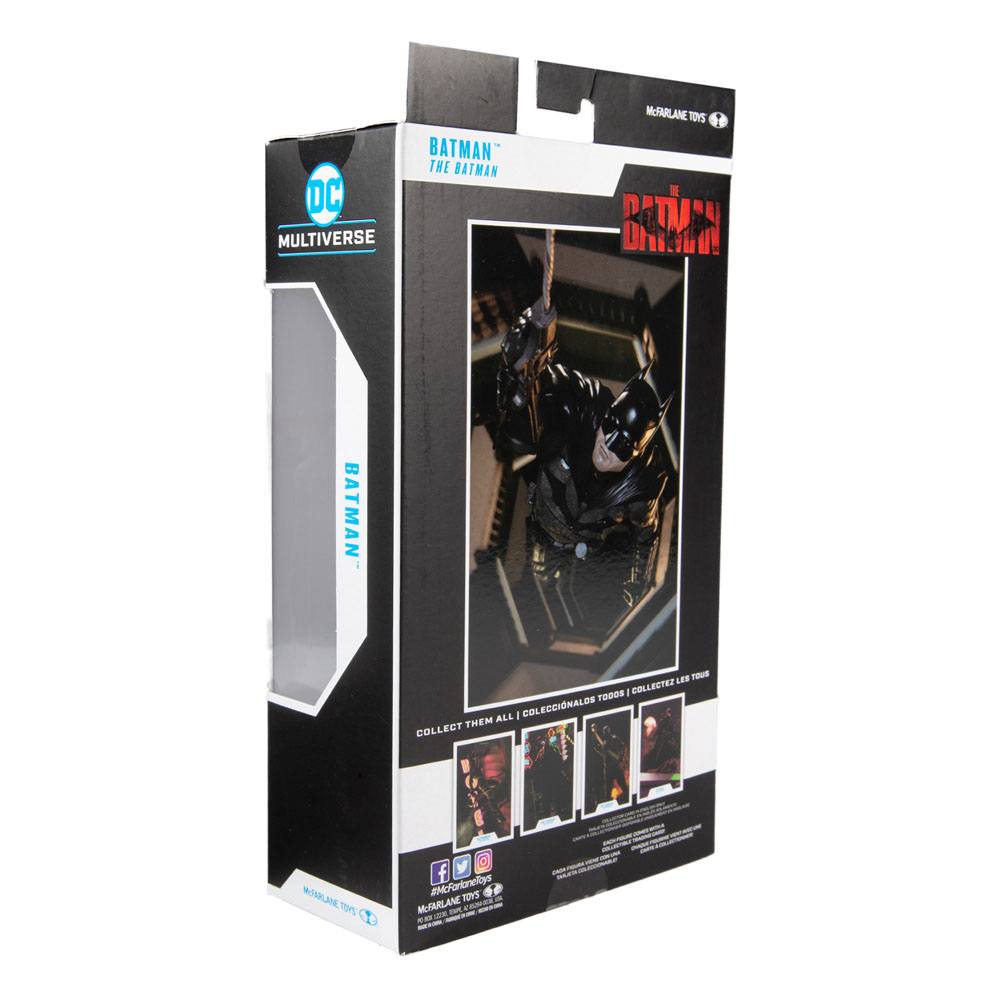 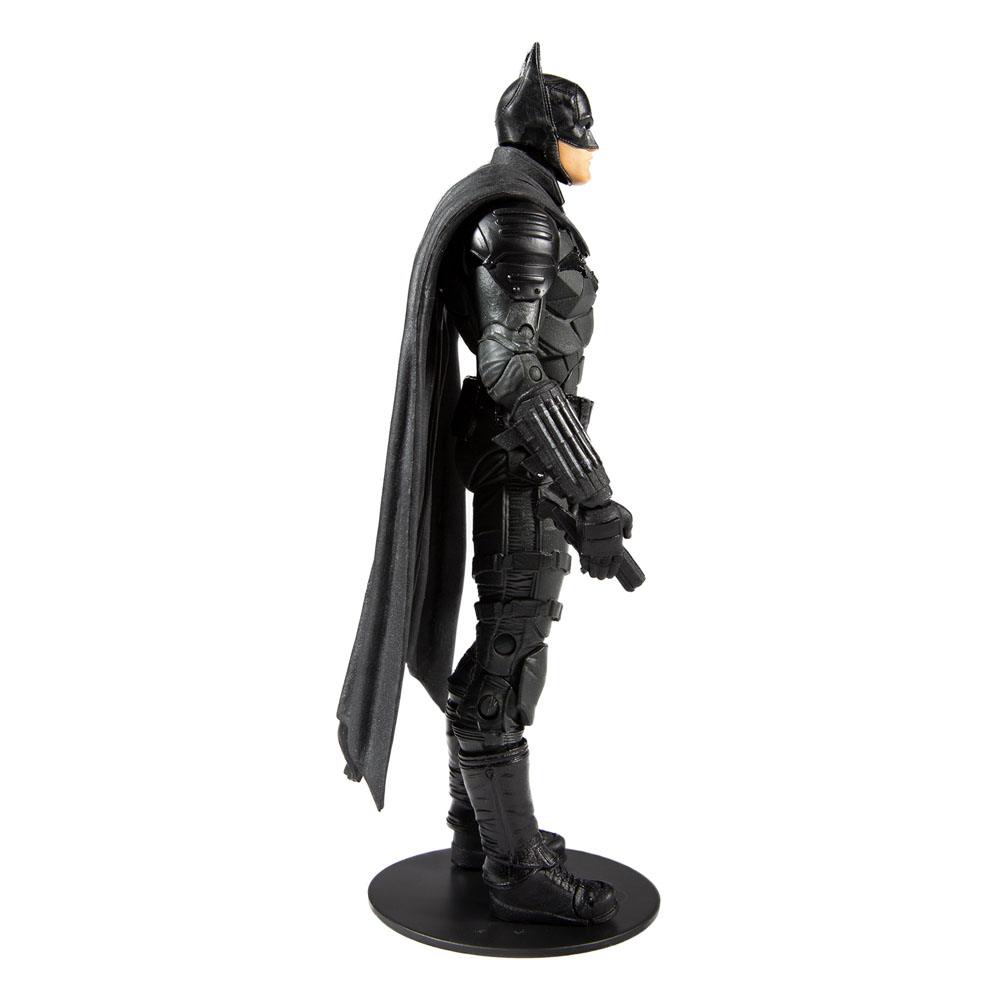 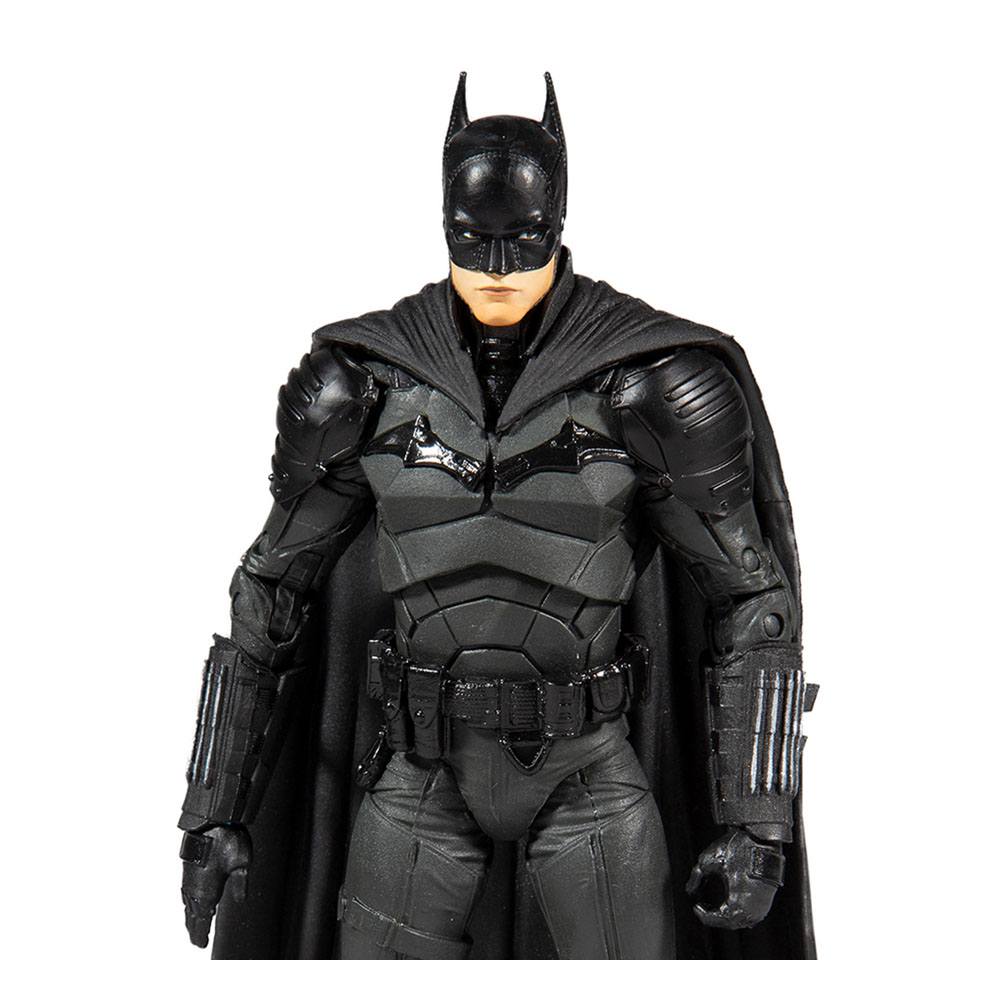 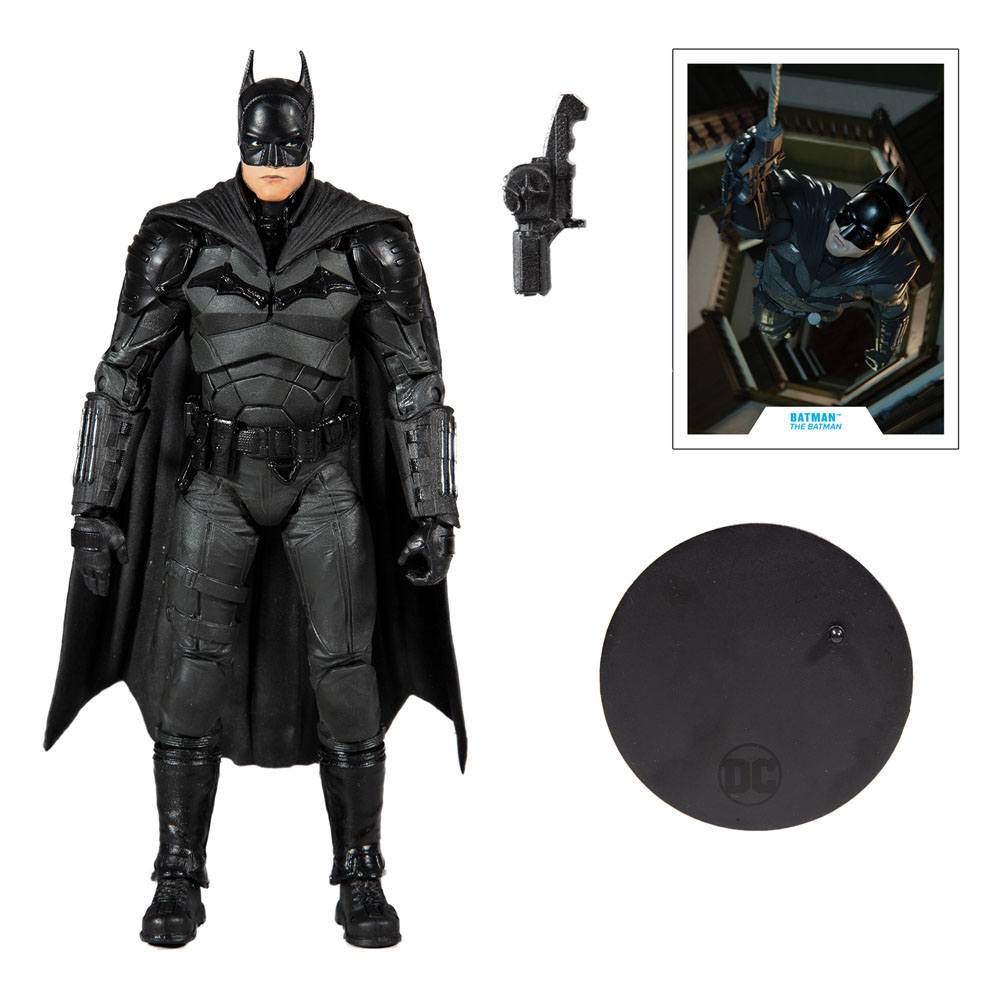 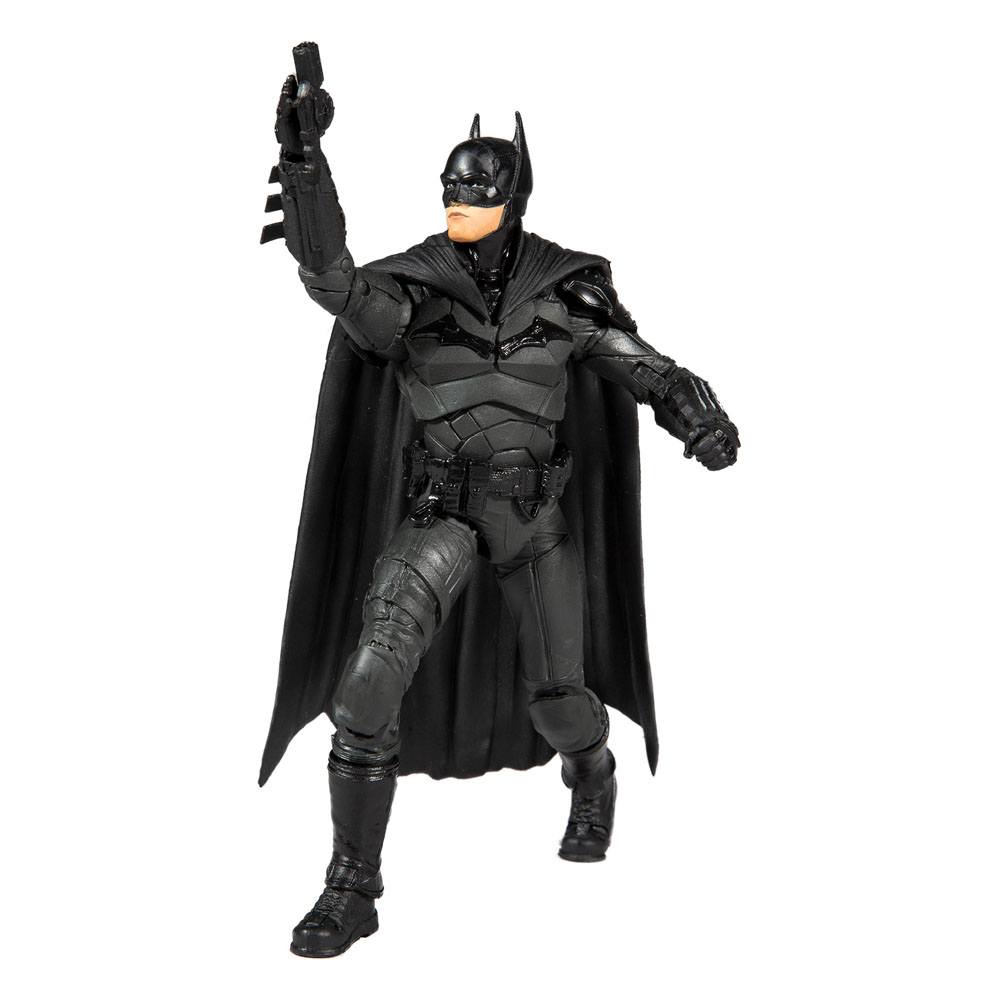 The Batman is two years into his role as Gotham's embodiment of vengeance - a nocturnal
vigilante who strikes fear in the hearts of criminals. A reclusive scion of Gotham's richest family questioning his family's legacy, The World's Greatest Detective stalks the streets at night employing a lethal combination of mental mastery, physical strength and expert technology on his journey to becoming the city's symbol of hope.

- Incredibly detailed 7" scale figure based off the DC Multiverse
- Designed with Ultra Articulation with up to 22 moving parts for full range of posing and play
- Batman is based on his look in the upcoming movie The Batman
- Batman comes with a grappling hook and a base
- Included collectible art card with figure photography on the front, and character biography on the back
- Collect all McFarlane Toys DC Multiverse Figures
<!-- <div class="row margin-bottom-40">