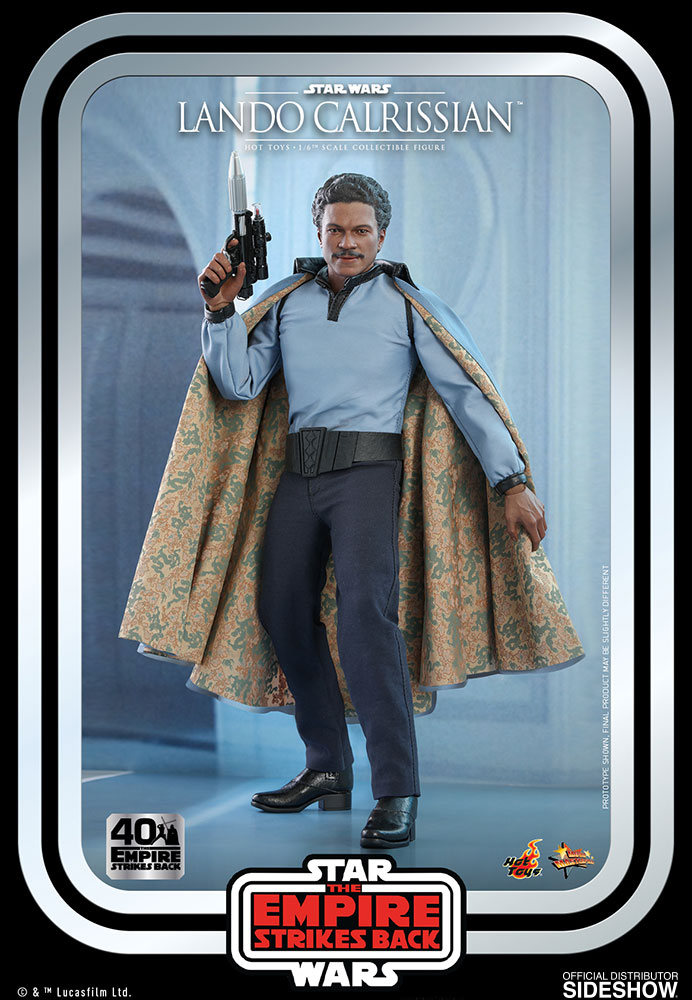 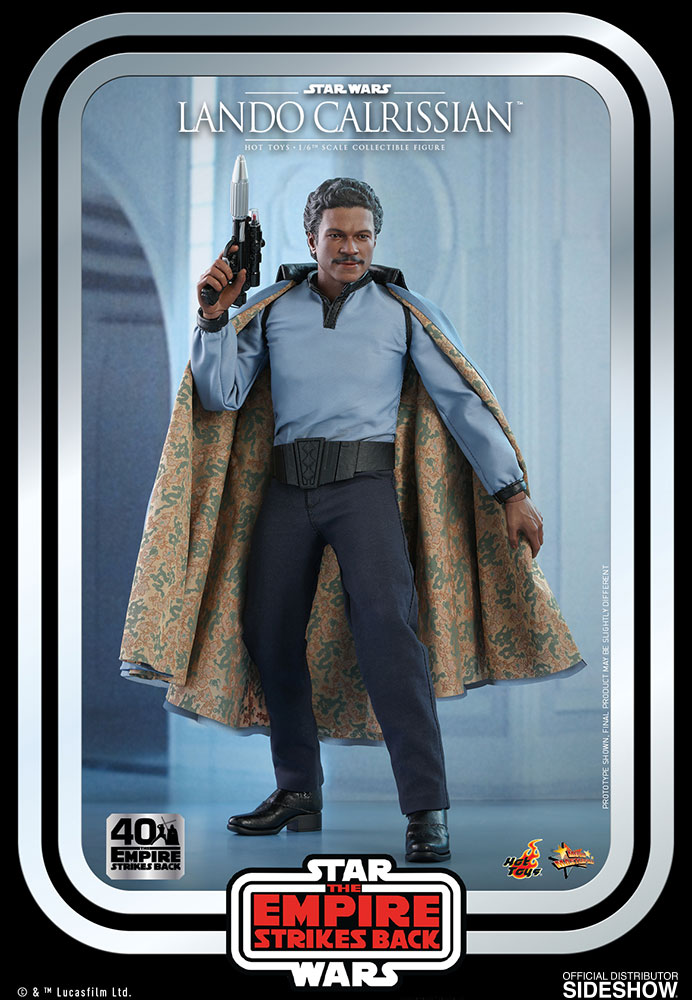 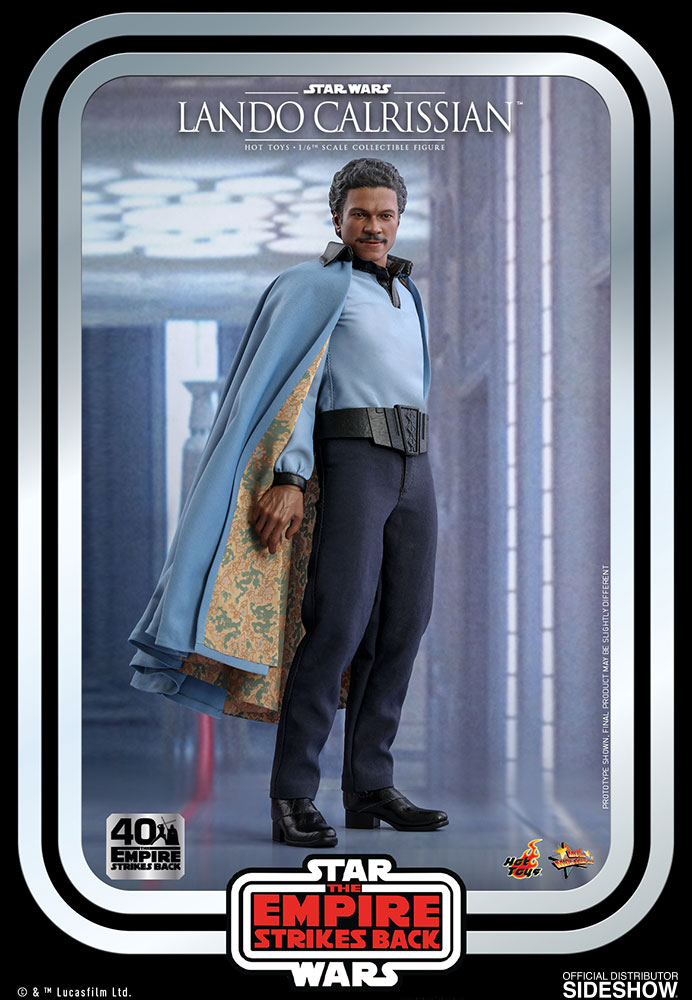 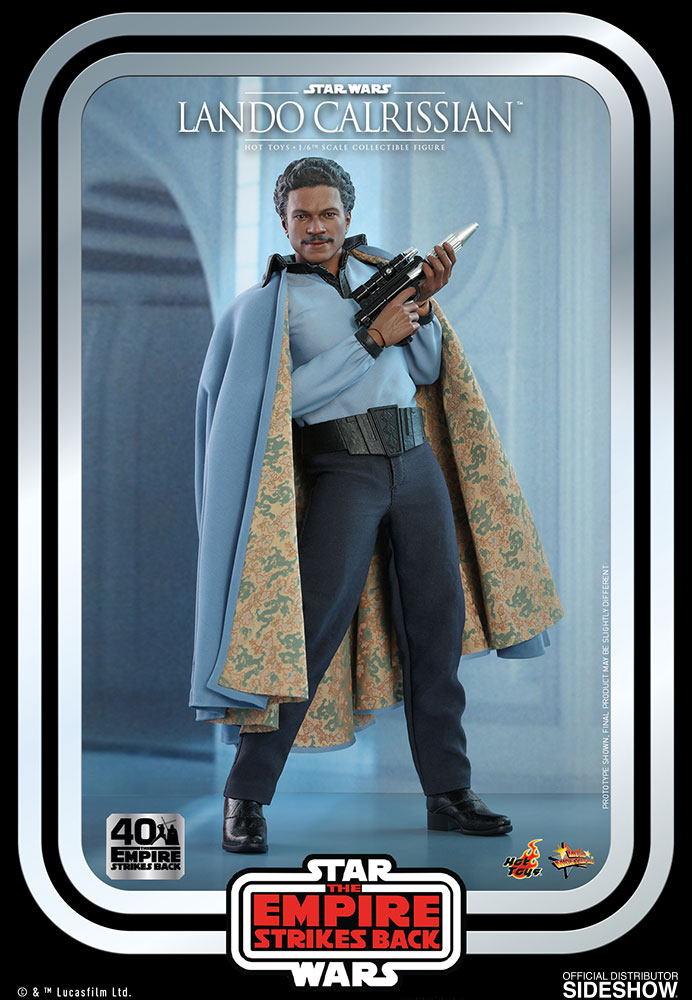 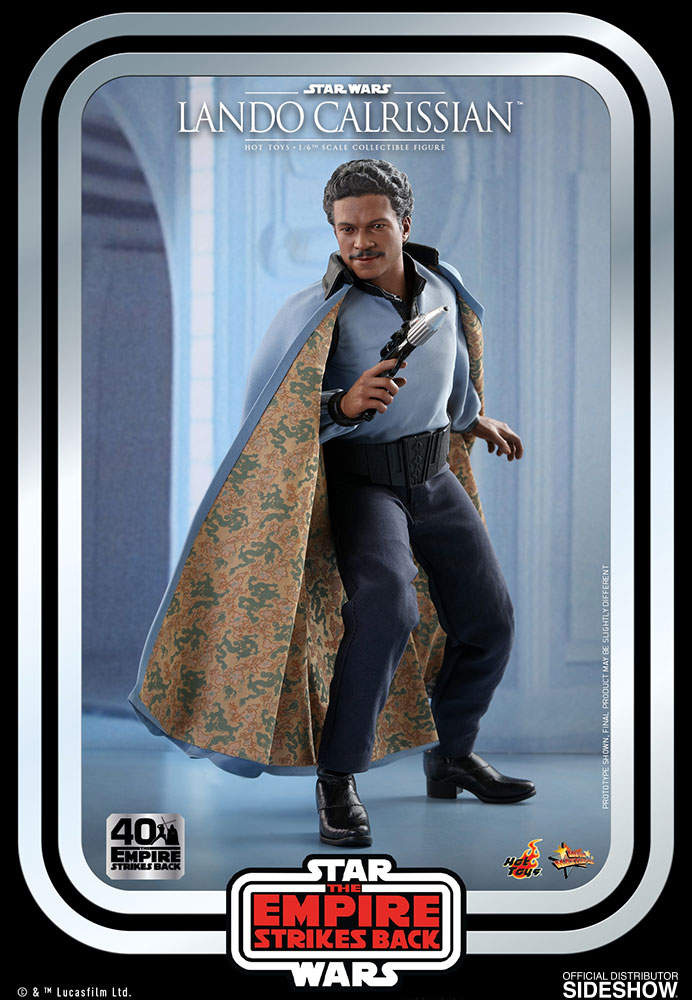 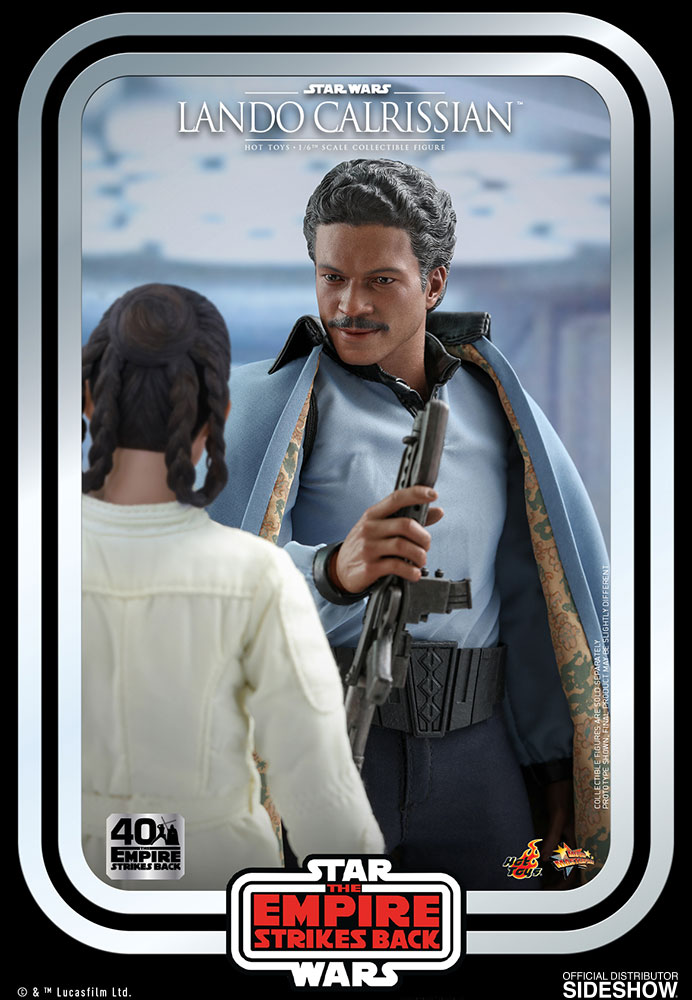 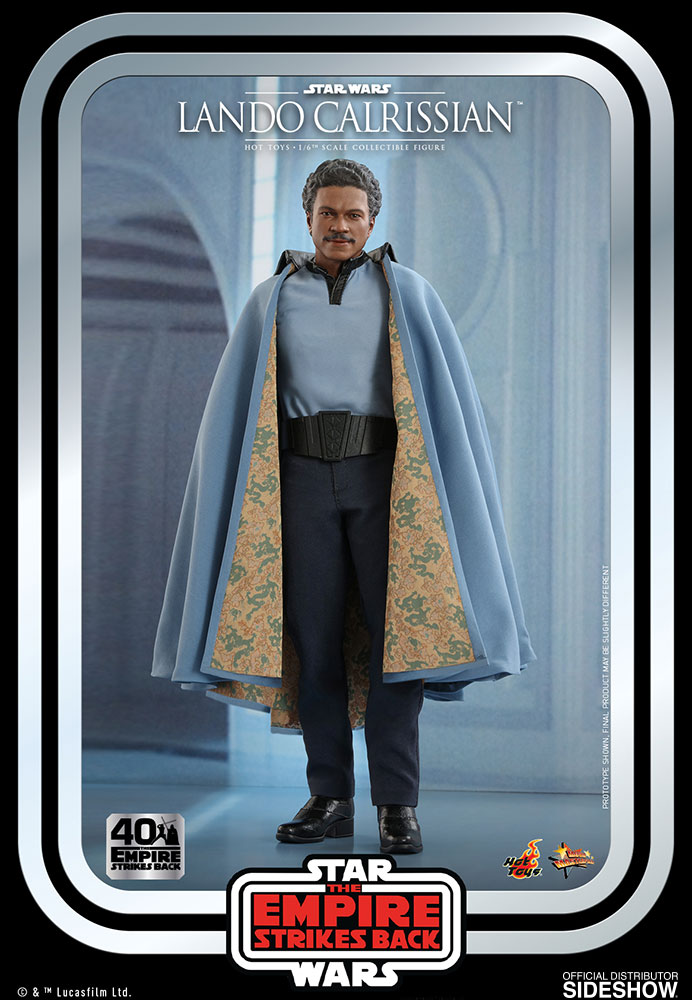 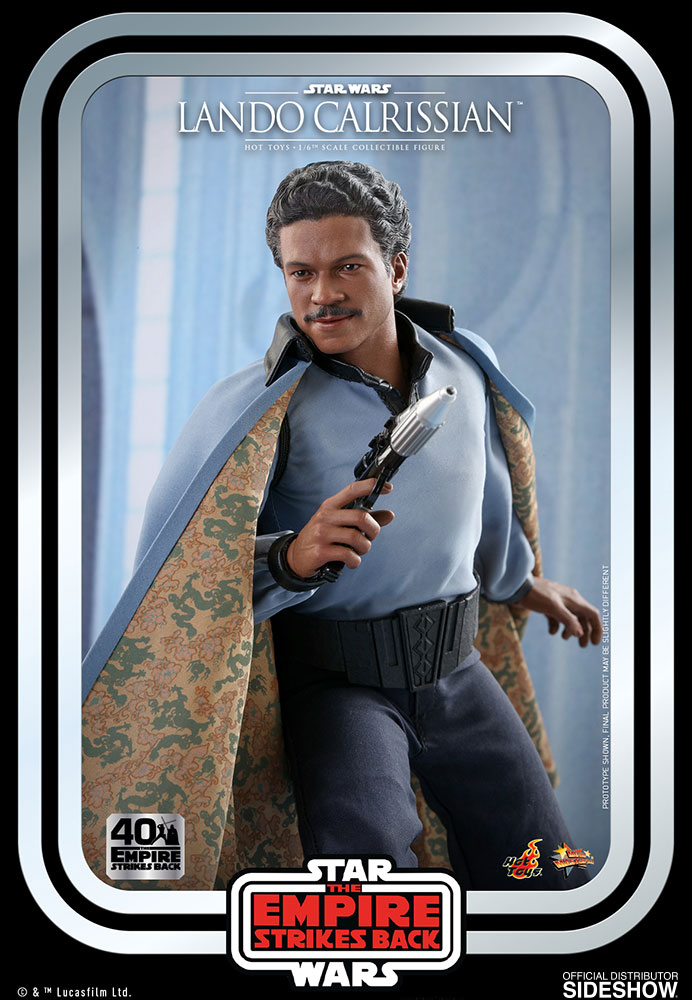 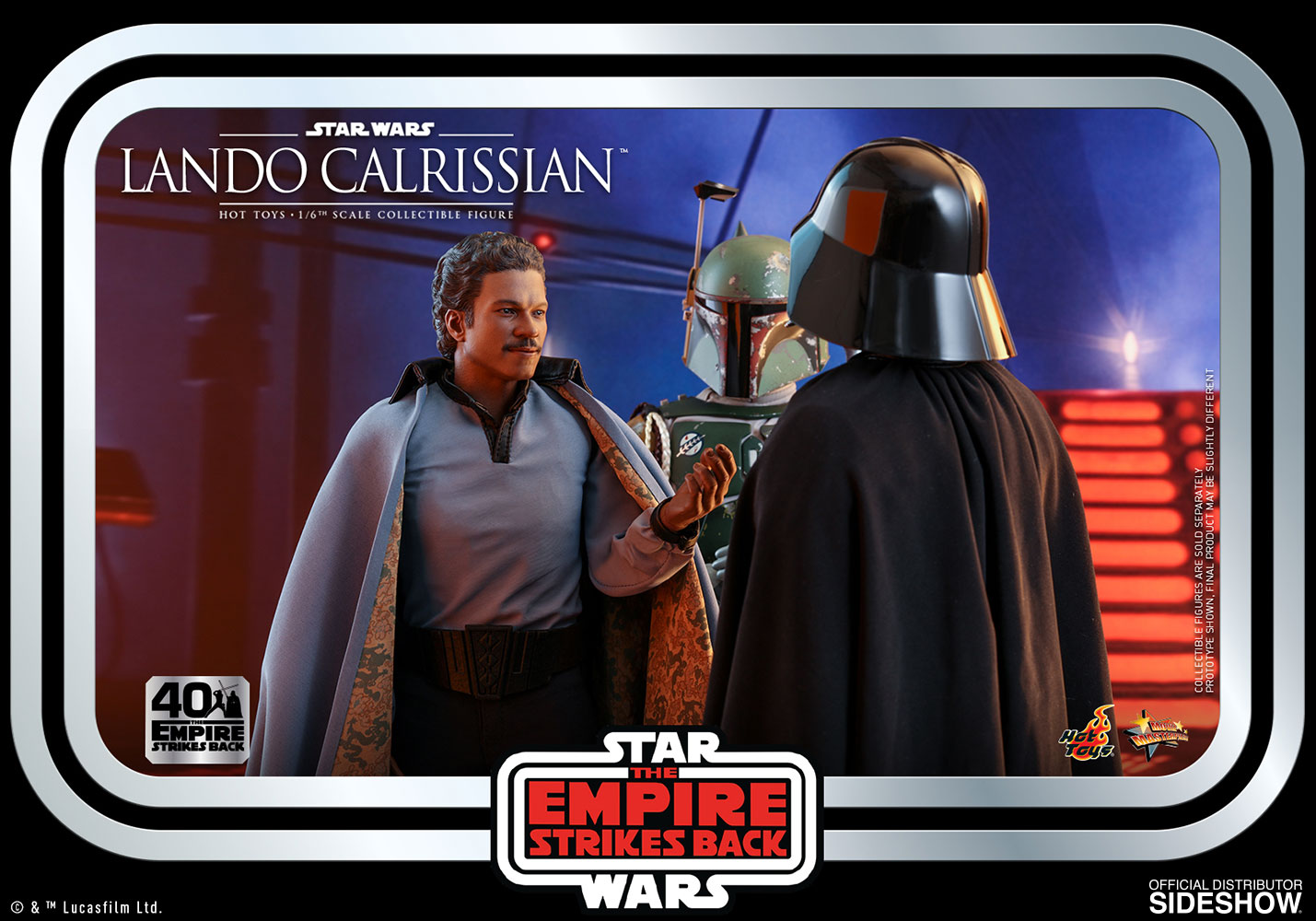 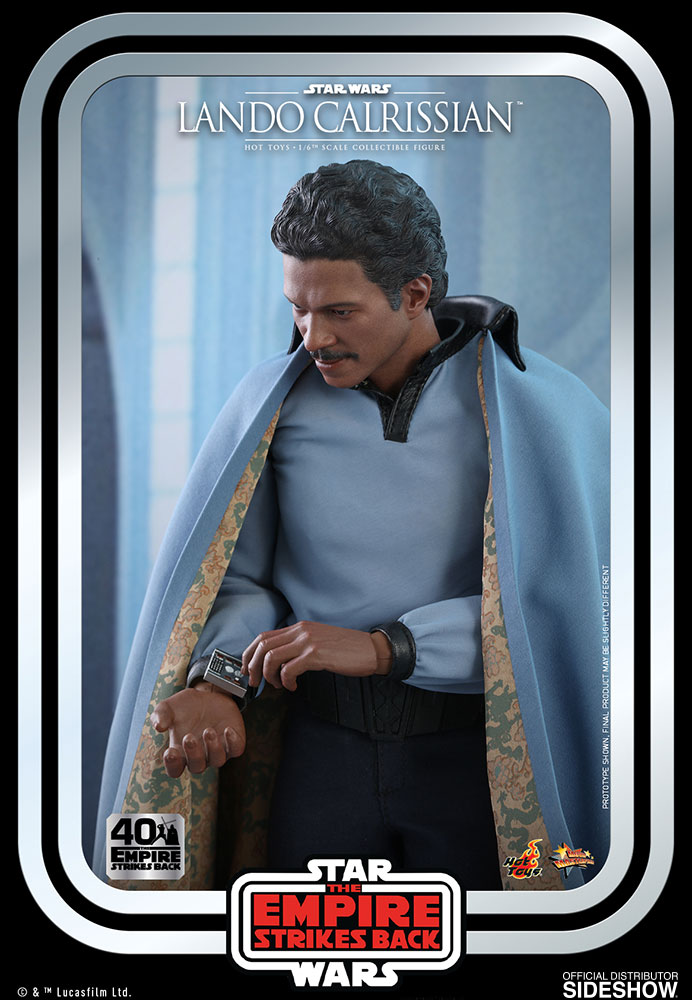 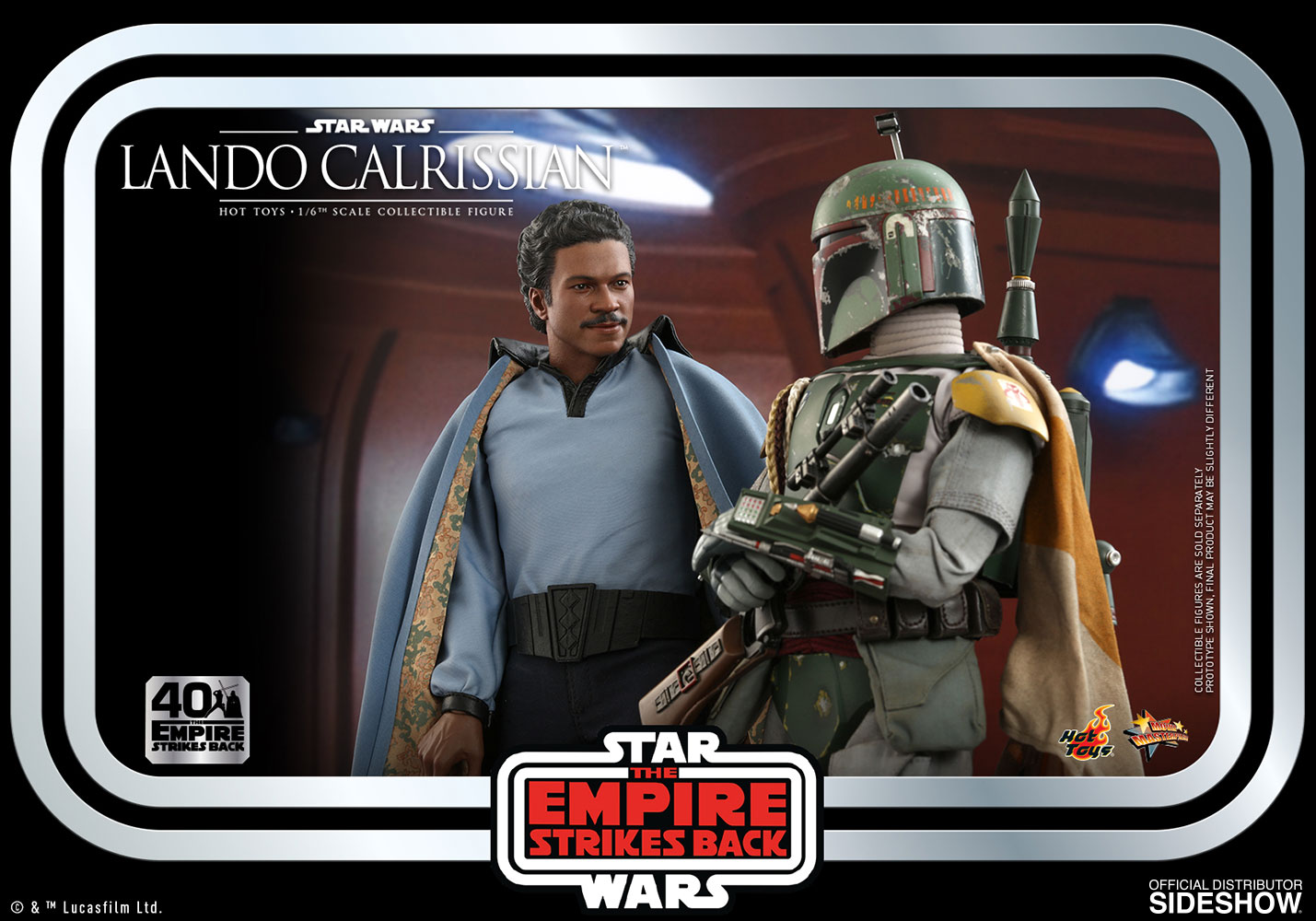 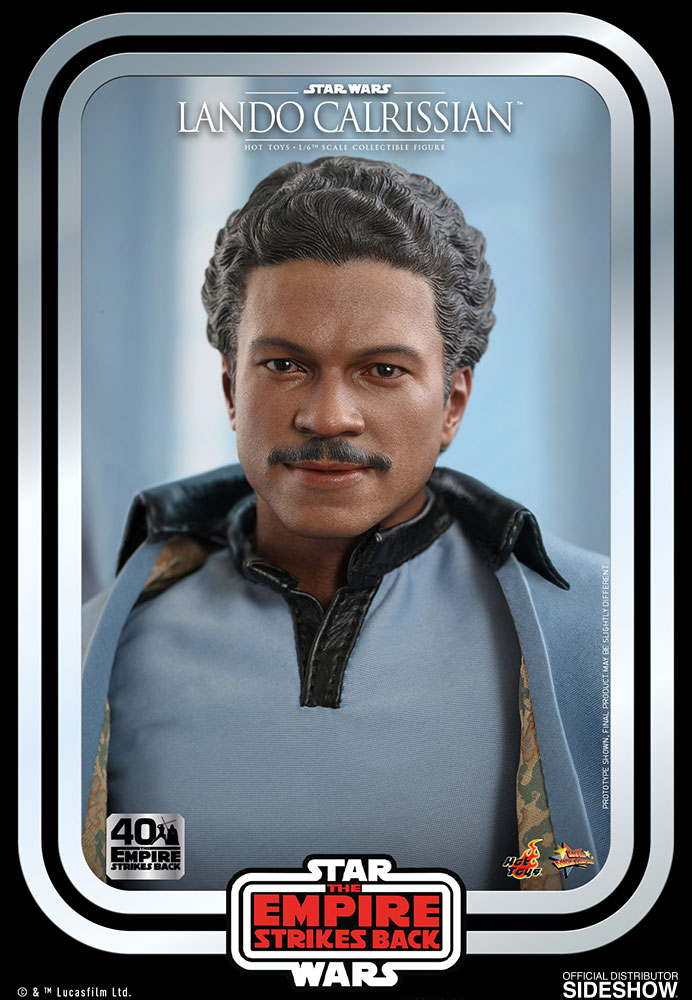 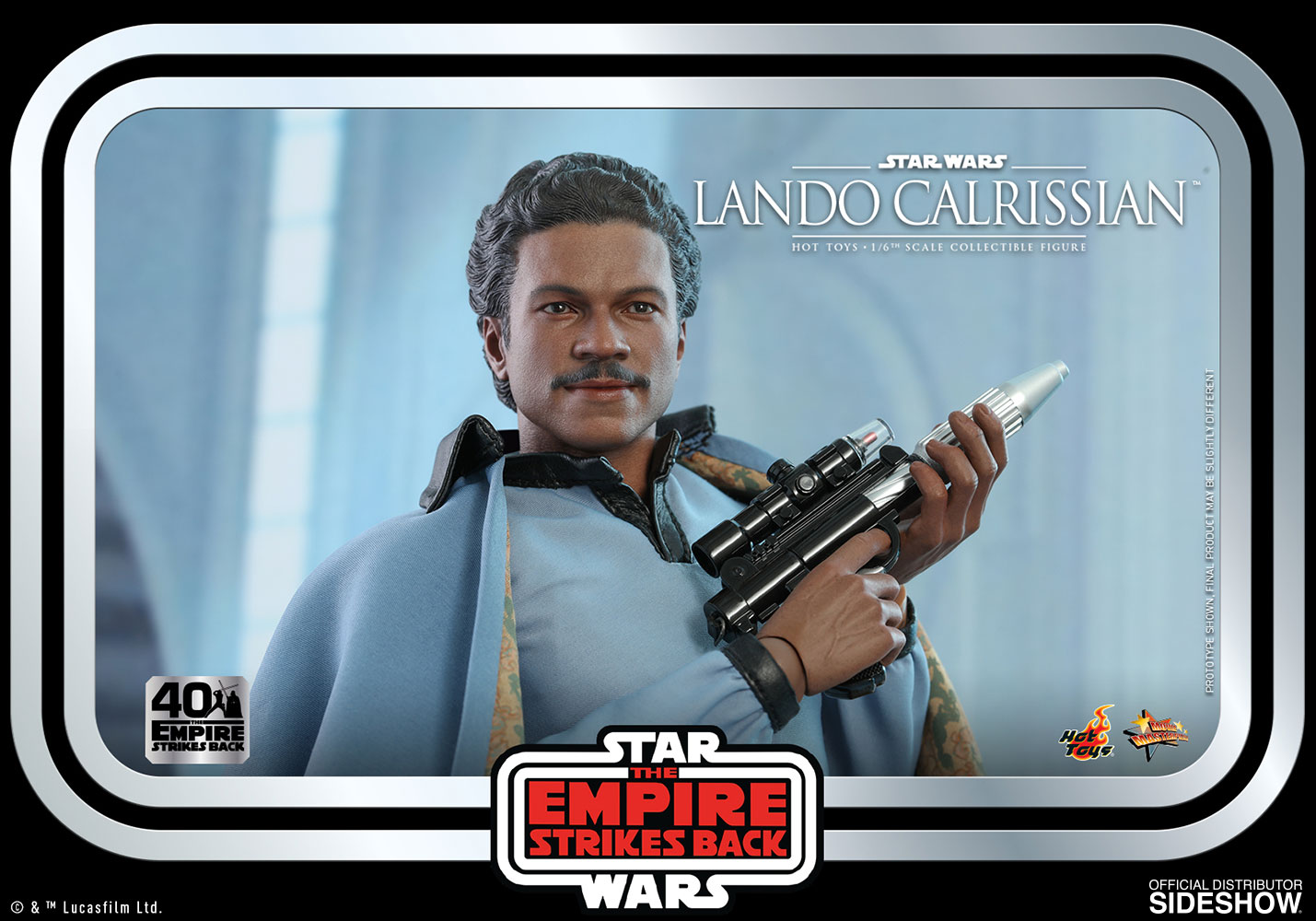 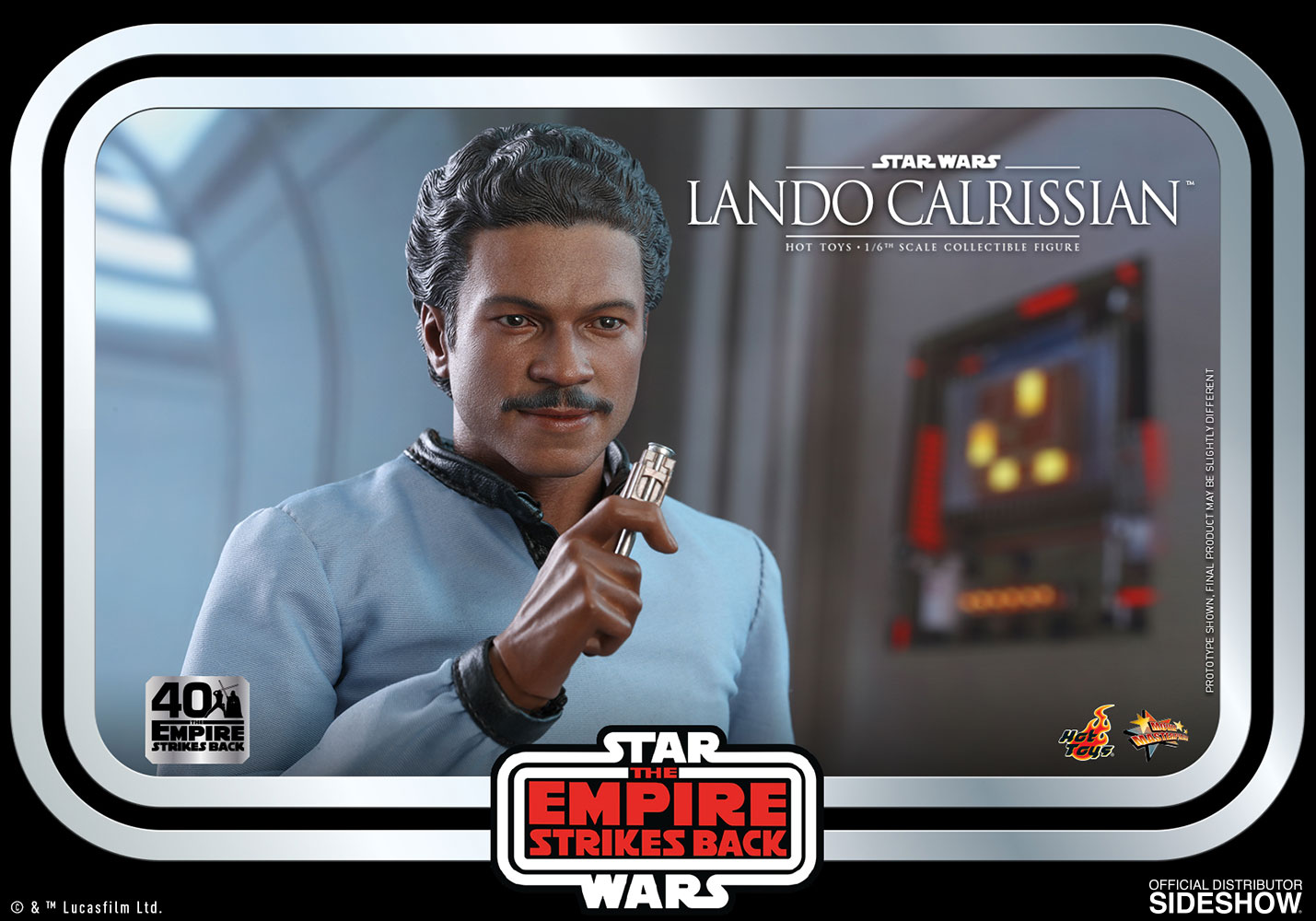 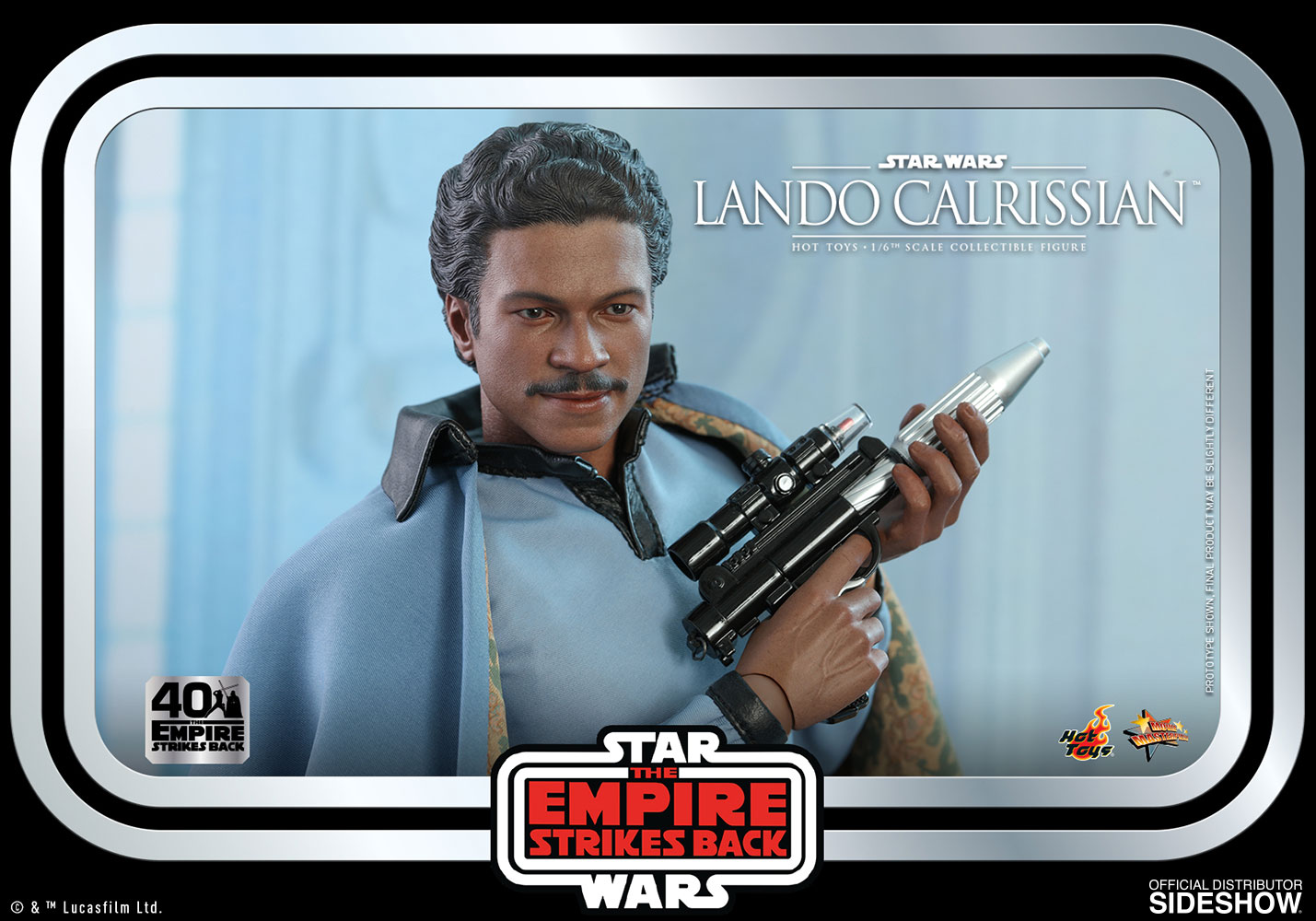 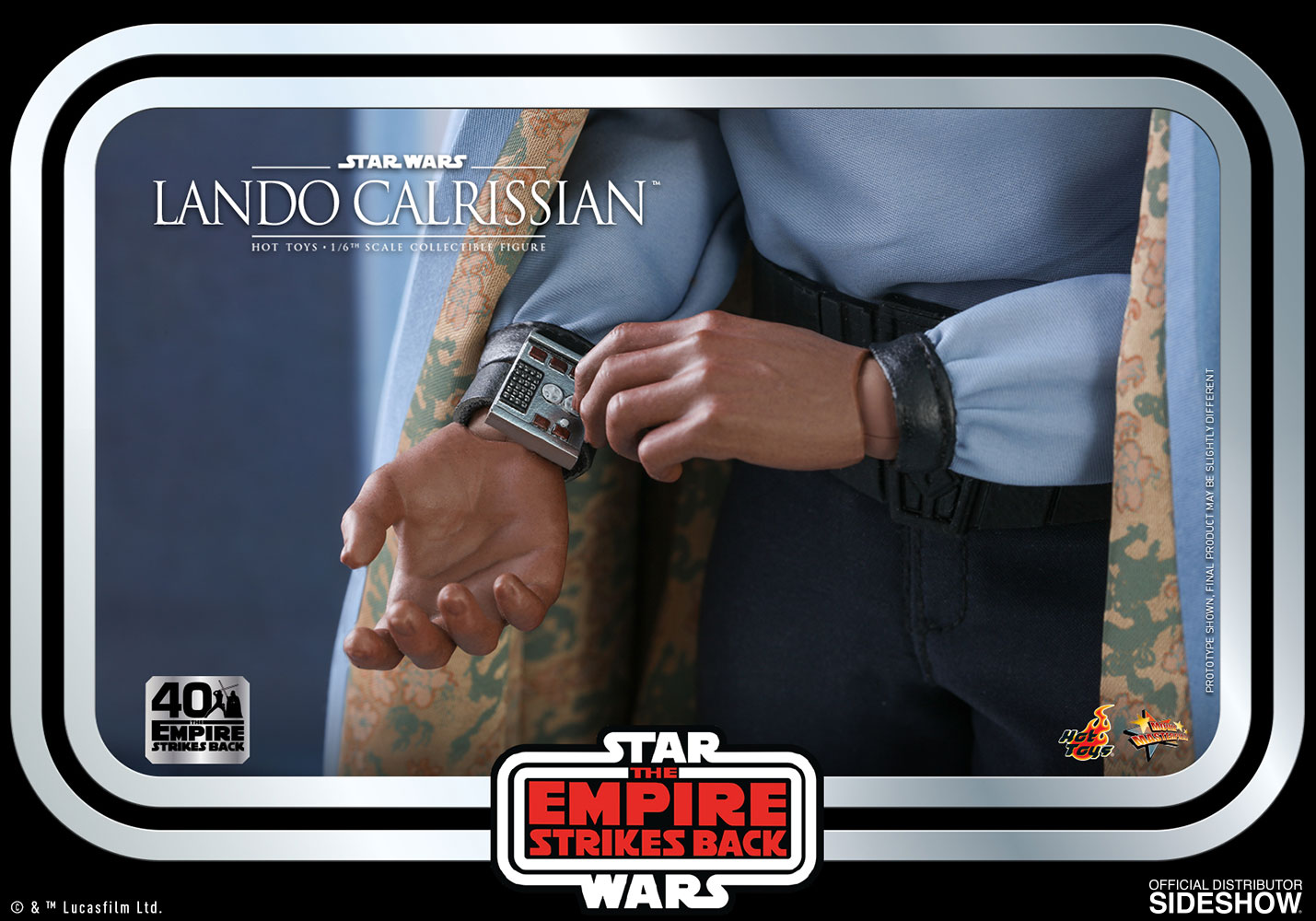 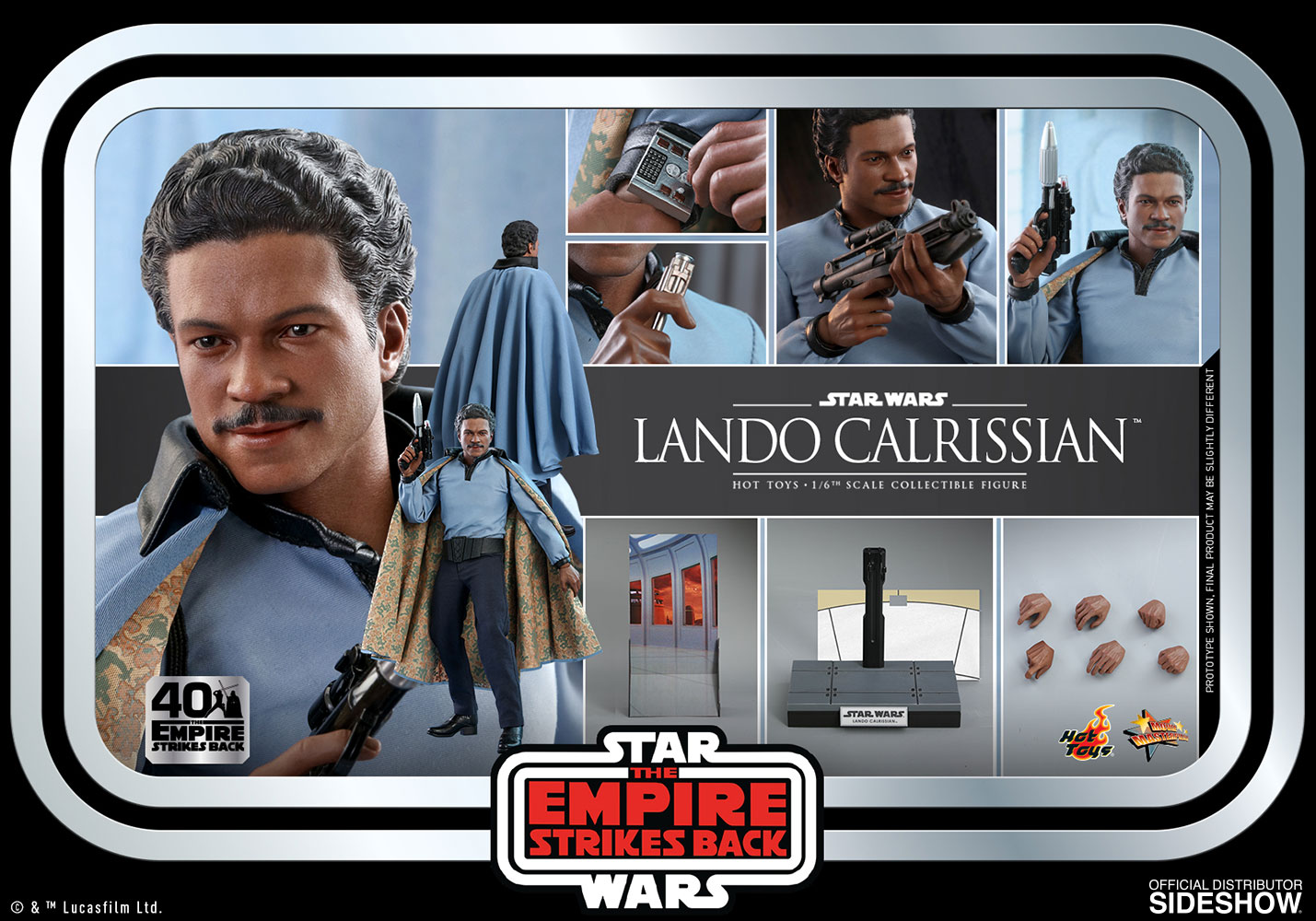 In his youth, Lando Calrissian was a sportsman seeking a fortune at the sabacc tables. After he lost his beloved ship to Han Solo, Lando spent years living the high life and pursuing get-rich-quick schemes, with uneven results. He went semi-respectable as the baron administrator of Cloud City, only to be drawn into the fight against the Galactic Empire.

Celebrating the 40th anniversary of Star Wars: The Empire Strikes Back, Sideshow and Hot Toys is thrilled to continue expanding the series of throwback collectibles based on this iconic film and delighted to officially introduce the new sixth scale collectible figure of the beloved smooth talker - Lando Calrissian!

The highly-accurate Lando Calrissian Sixth Scale Collectible Figure is skillfully crafted based on his appearance in the movie featuring a newly developed head sculpt with astonishing likeness, meticulously tailored outfit and cape, two blasters, a communicator, a wrist link, a figure base with Cloud City backdrop all in a specially designed retro-style packaging!

Now it's the perfect time to welcome Lando Calrissian to your Star Wars collection!