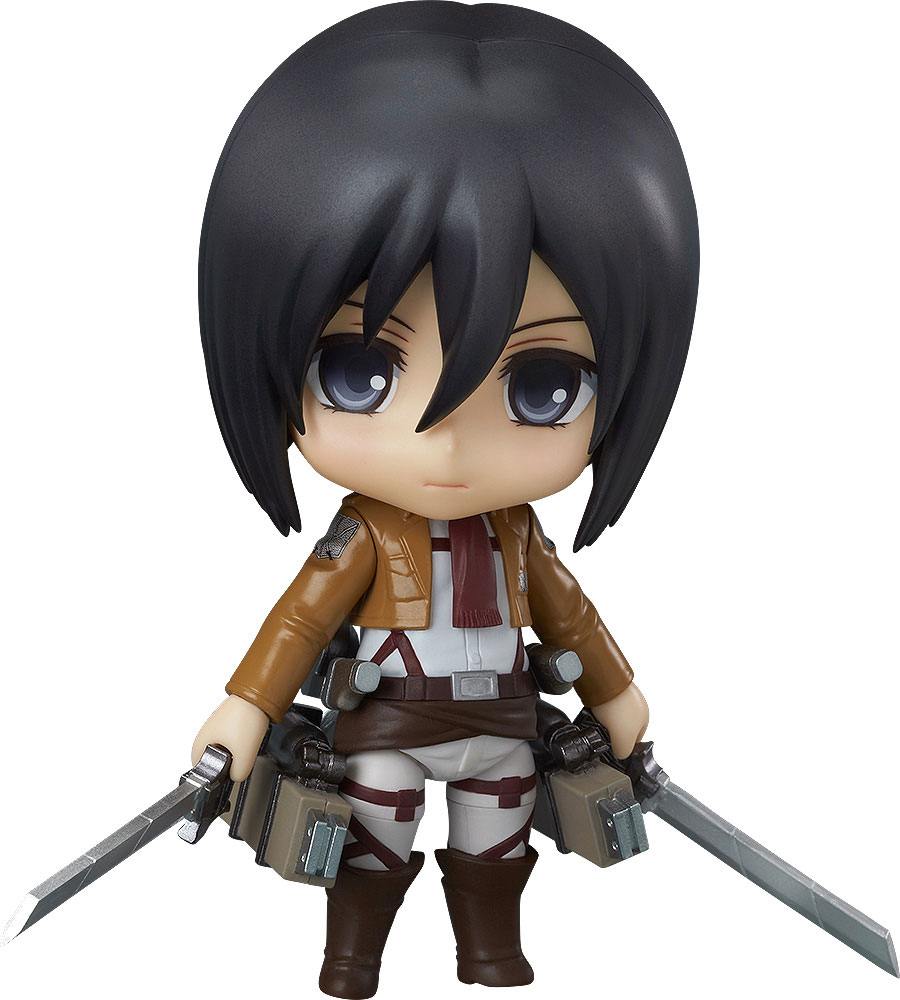 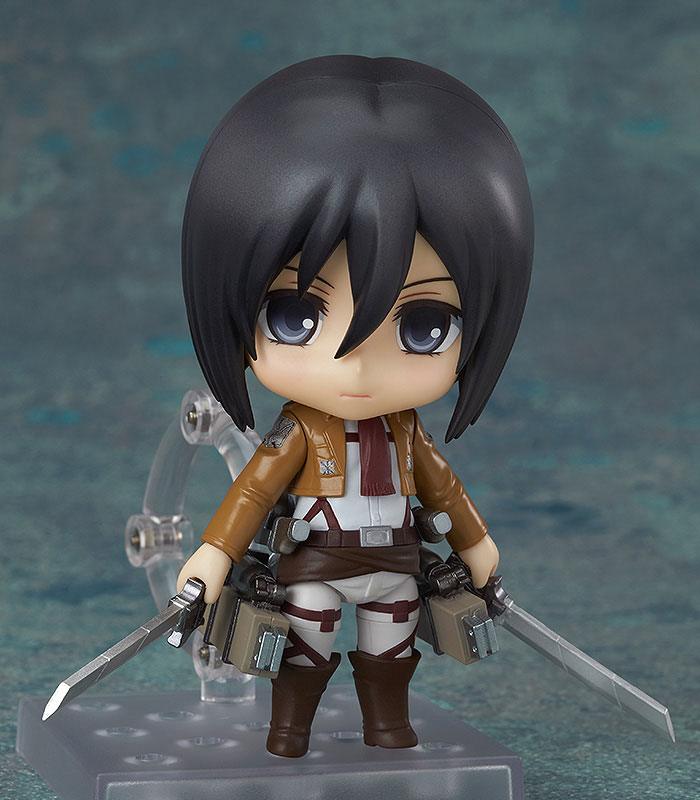 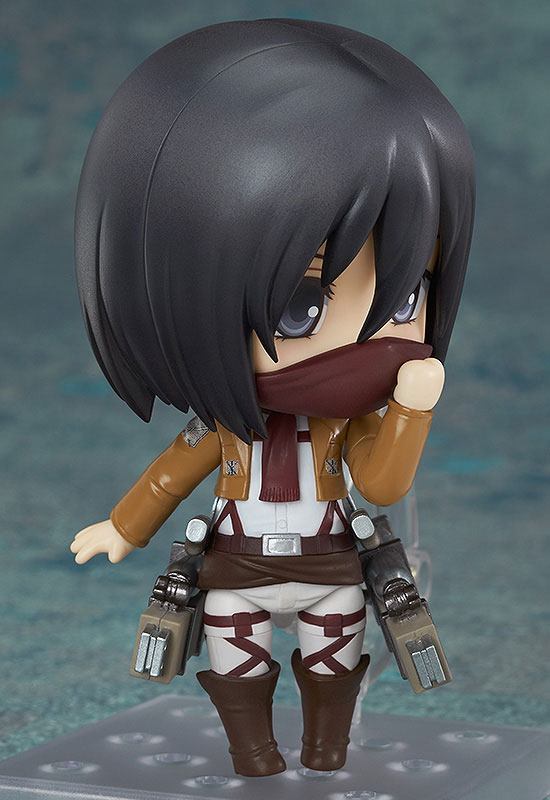 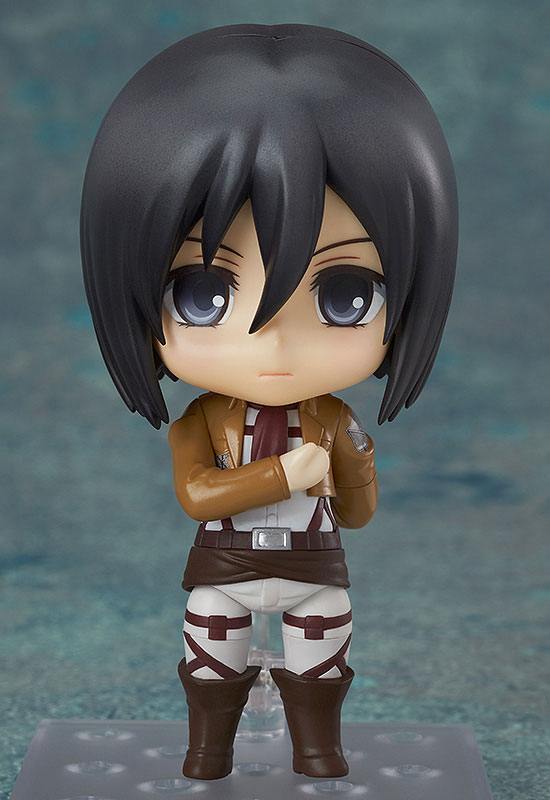 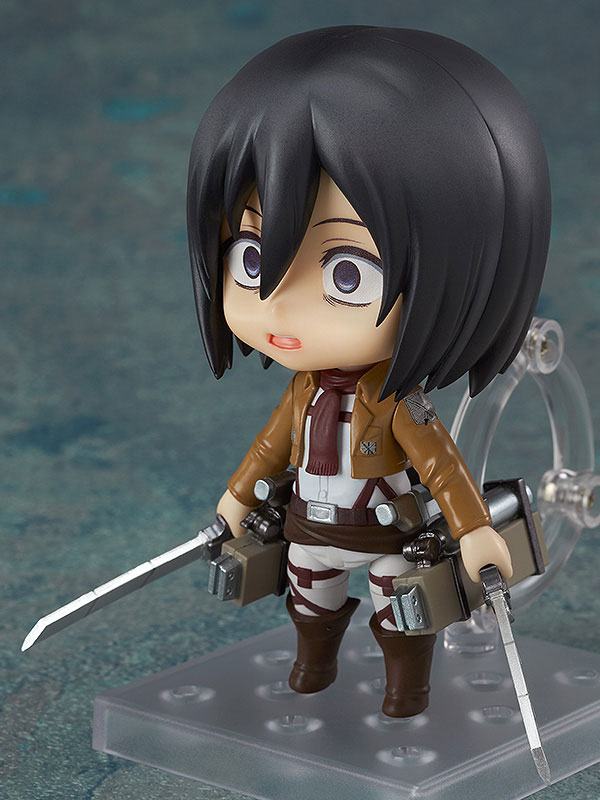 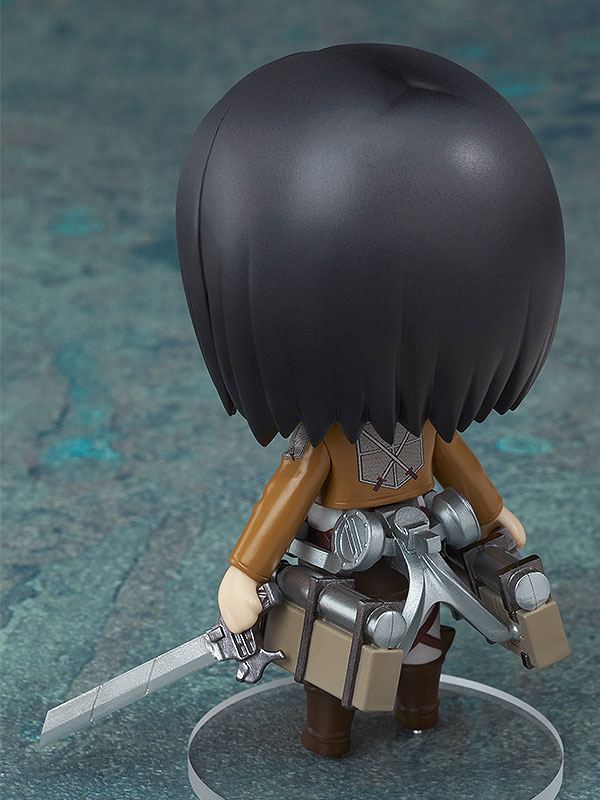 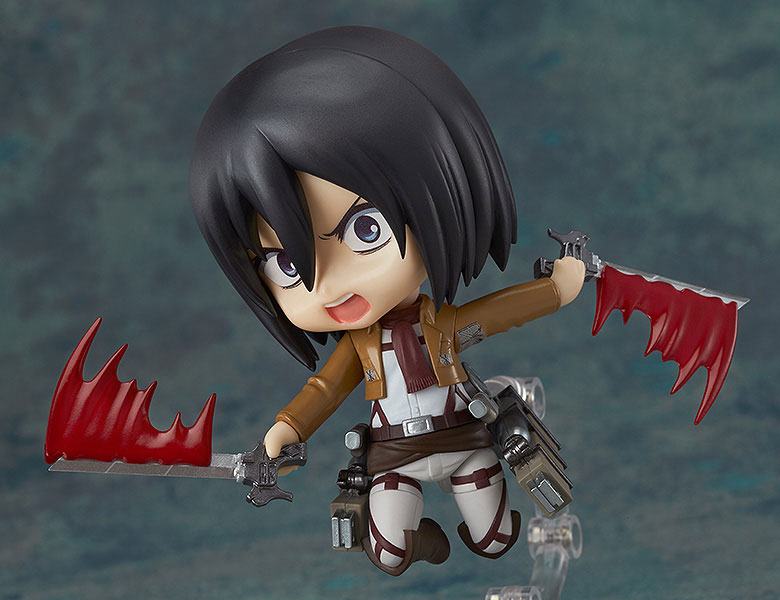 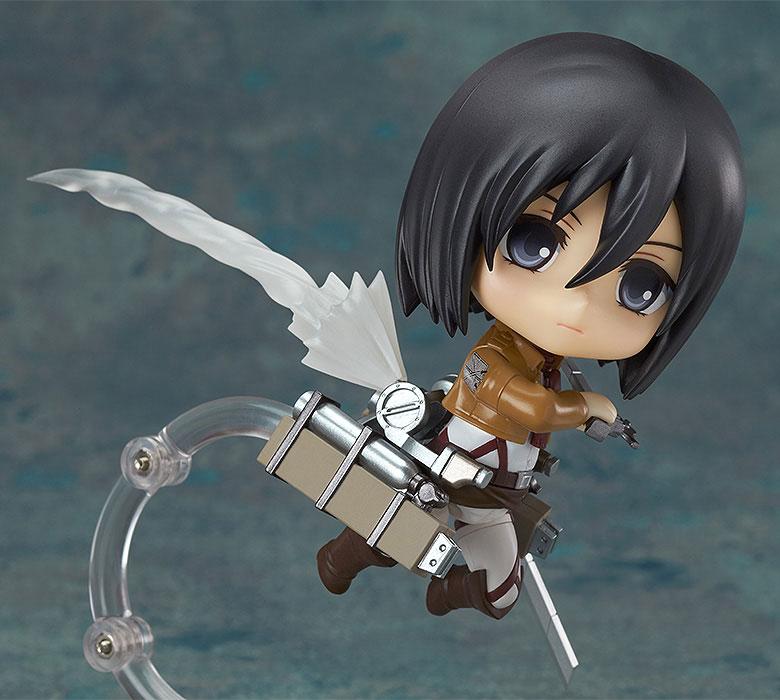 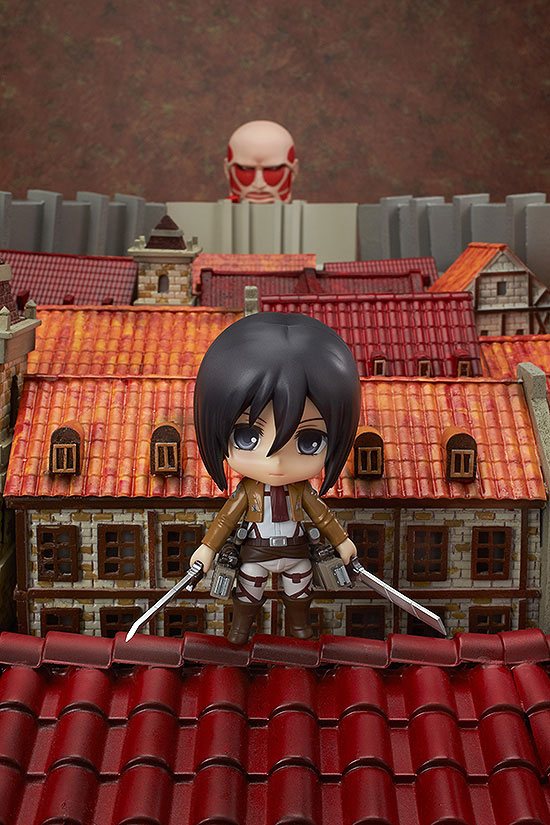 From the anime series 'Attack on Titan' comes a rerelease of the Nendoroid of Mikasa Ackerman! She comes with three expressions including her standard expression, a shouting expression and a stunned expression. The Nendoroid also includes her Vertical Maneuvering Equipment and dual blades, as well as effect parts to display her soaring through the air with the equipment.

You can even pose her as if she were striking down into a Titan's neck by making use of the included blood effect parts which attach to her blades. The scarf that Eren gave her is also included to create even more scenes from the series.