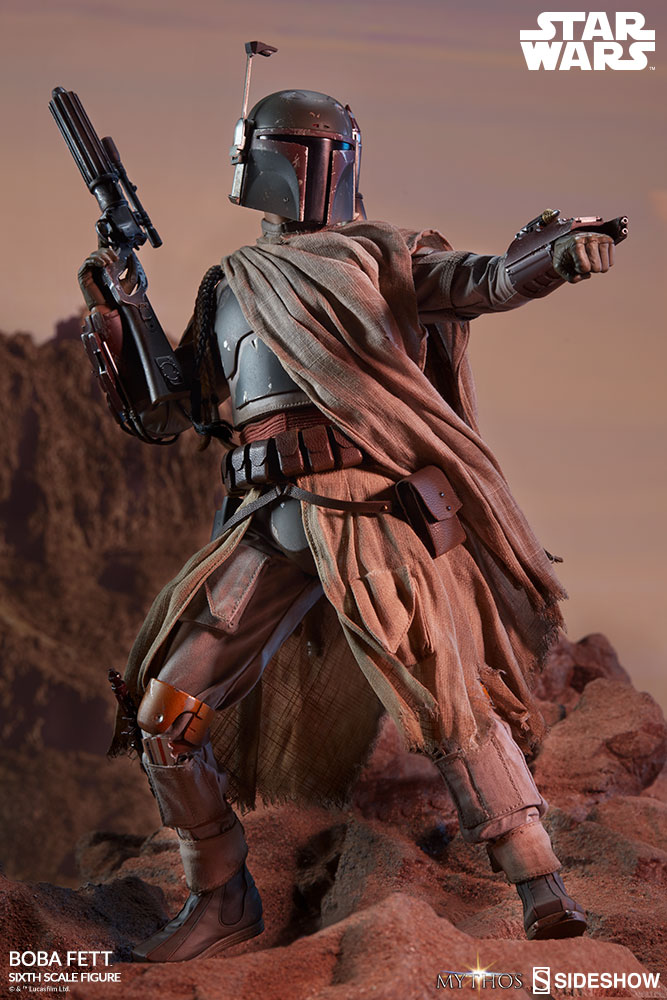 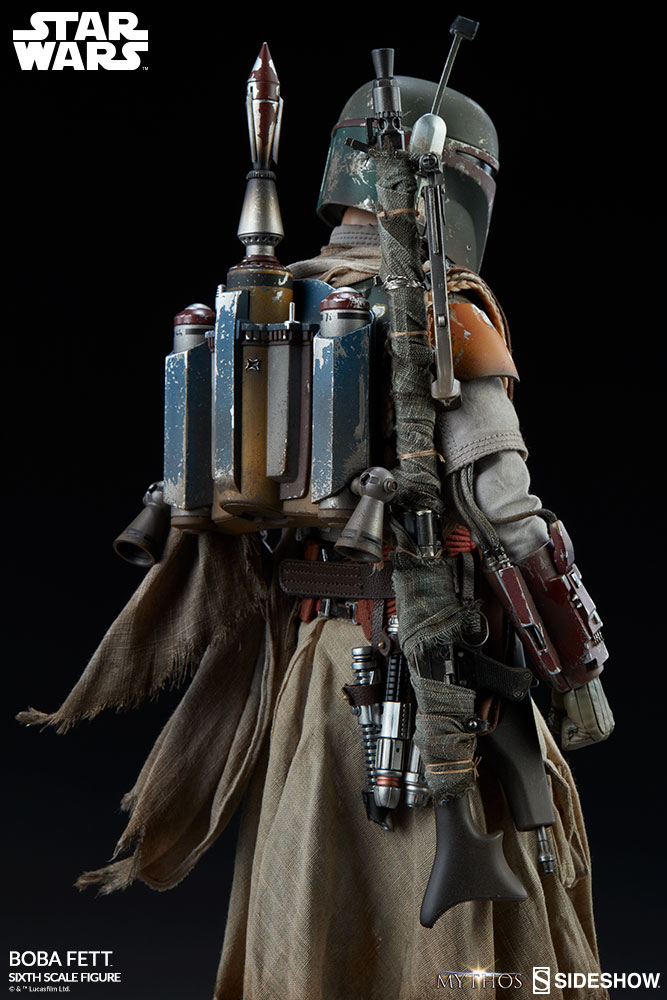 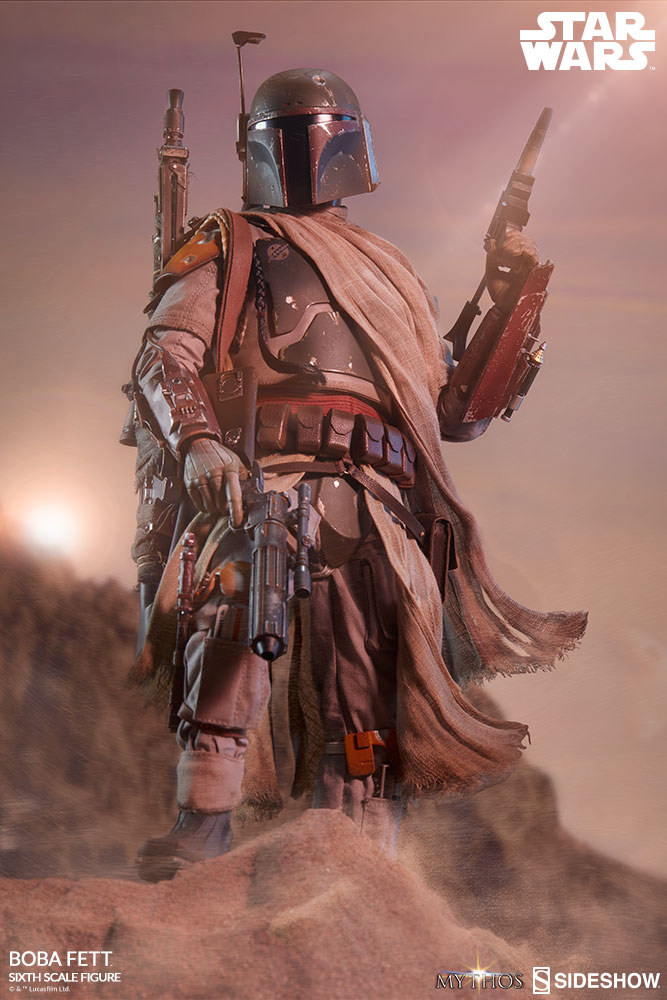 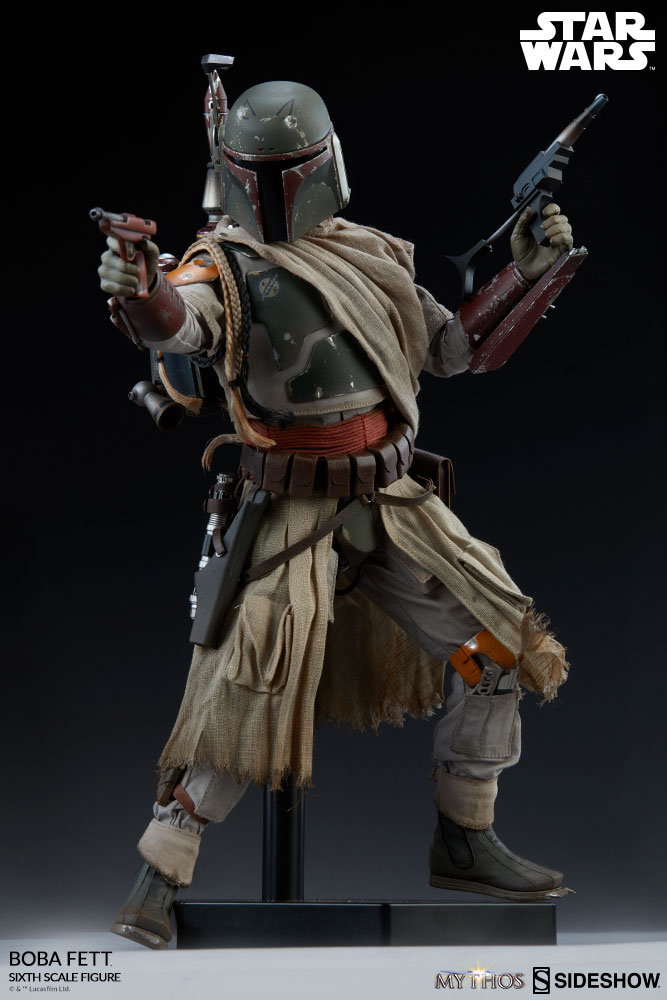 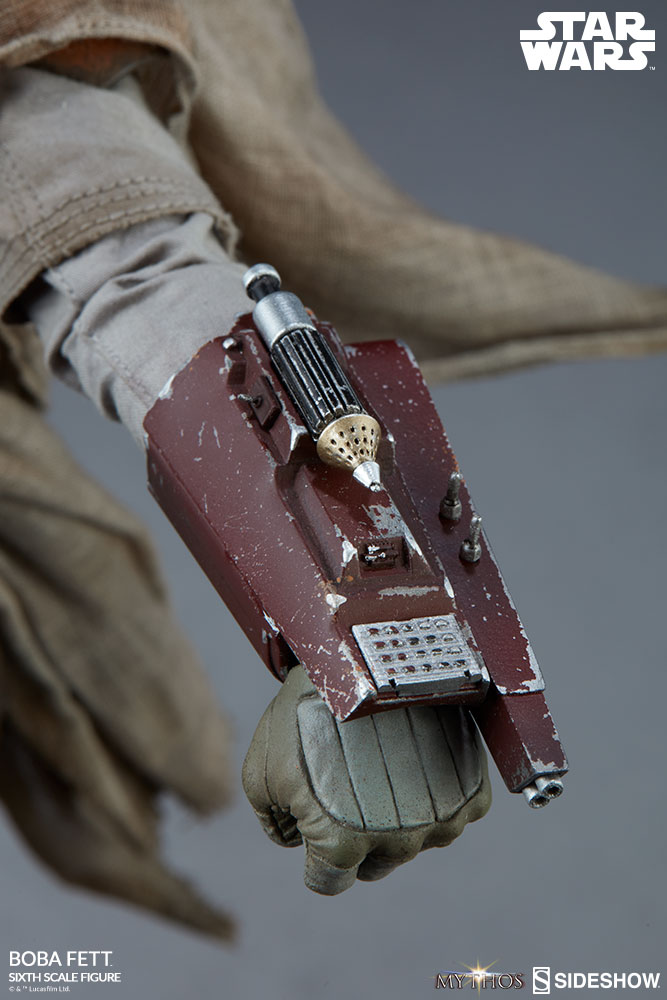 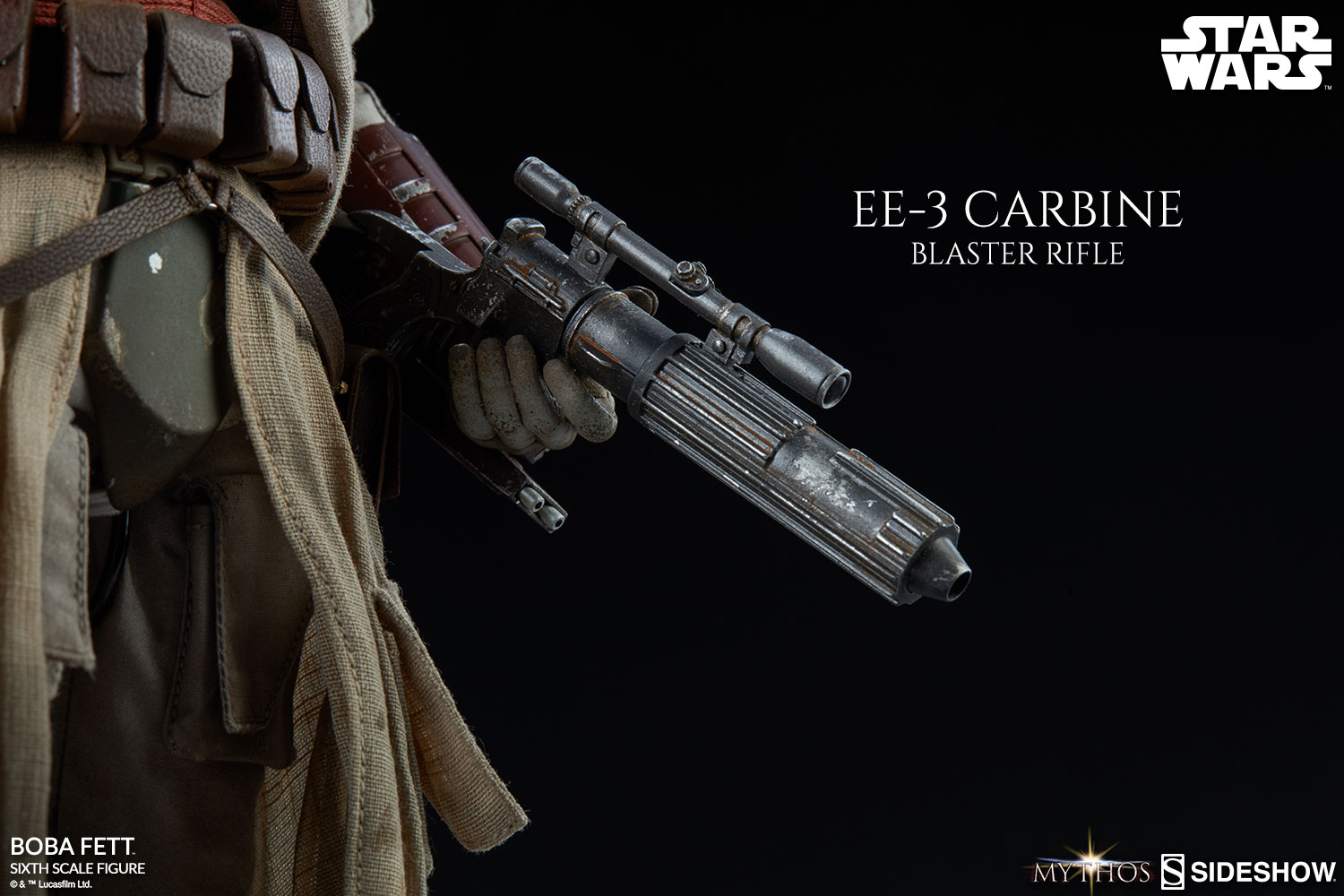 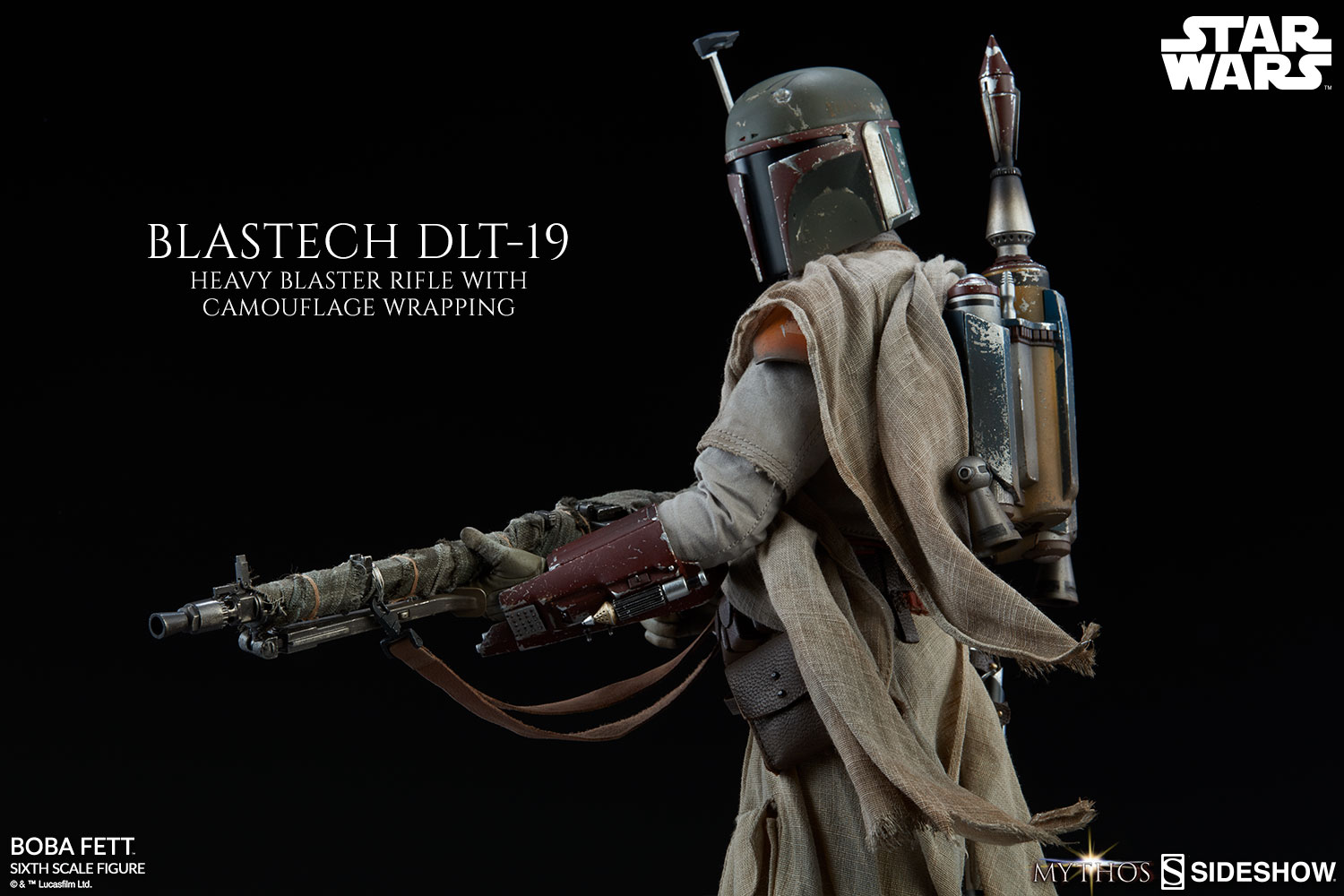 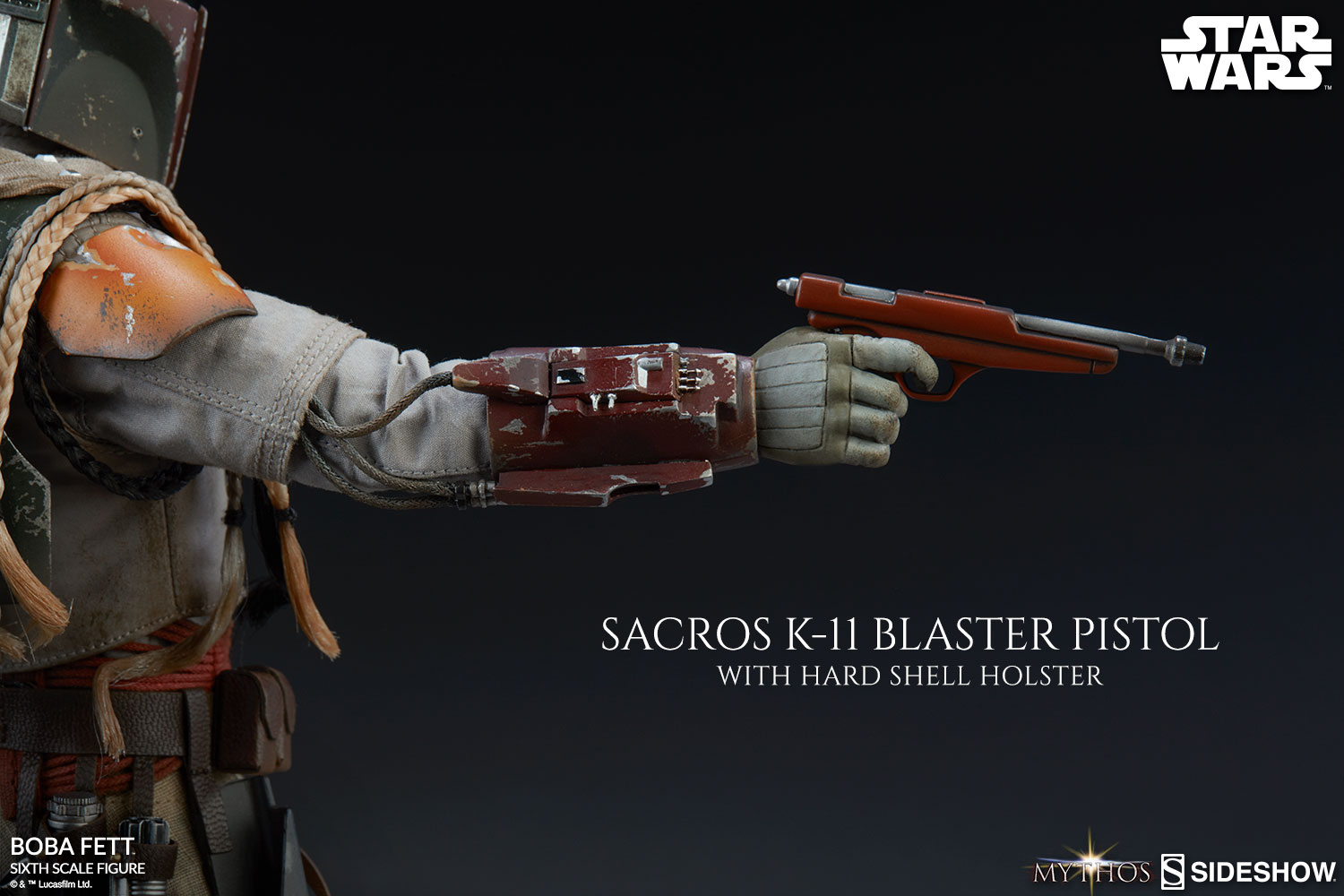 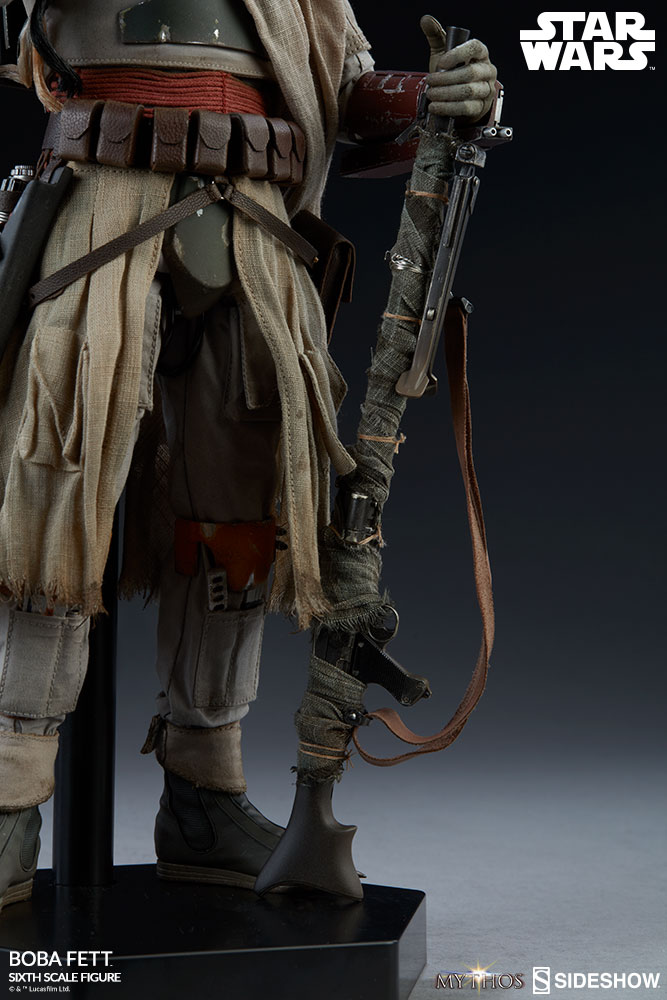 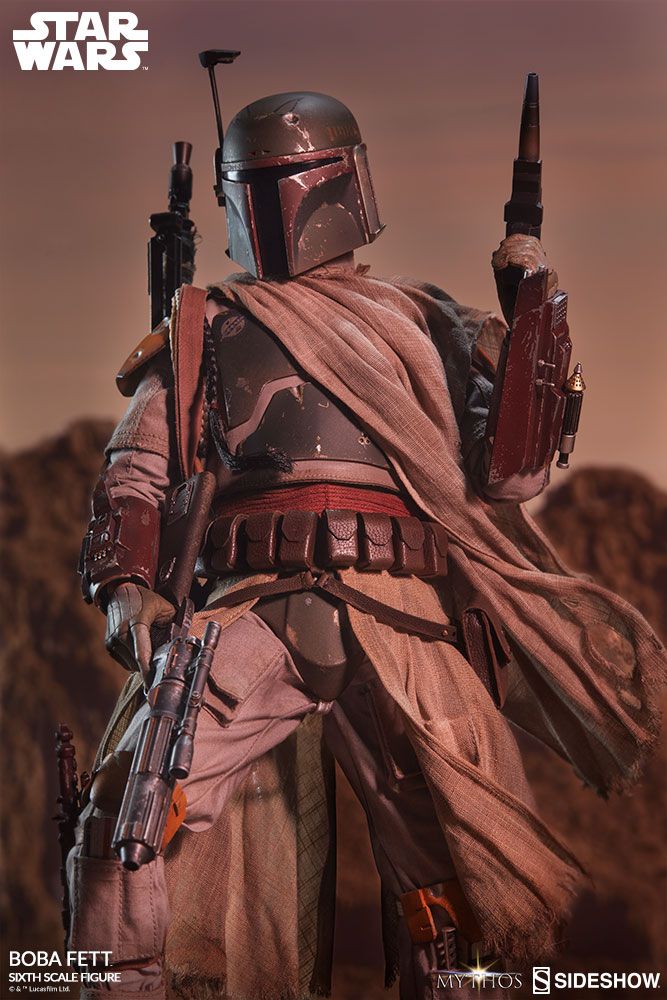 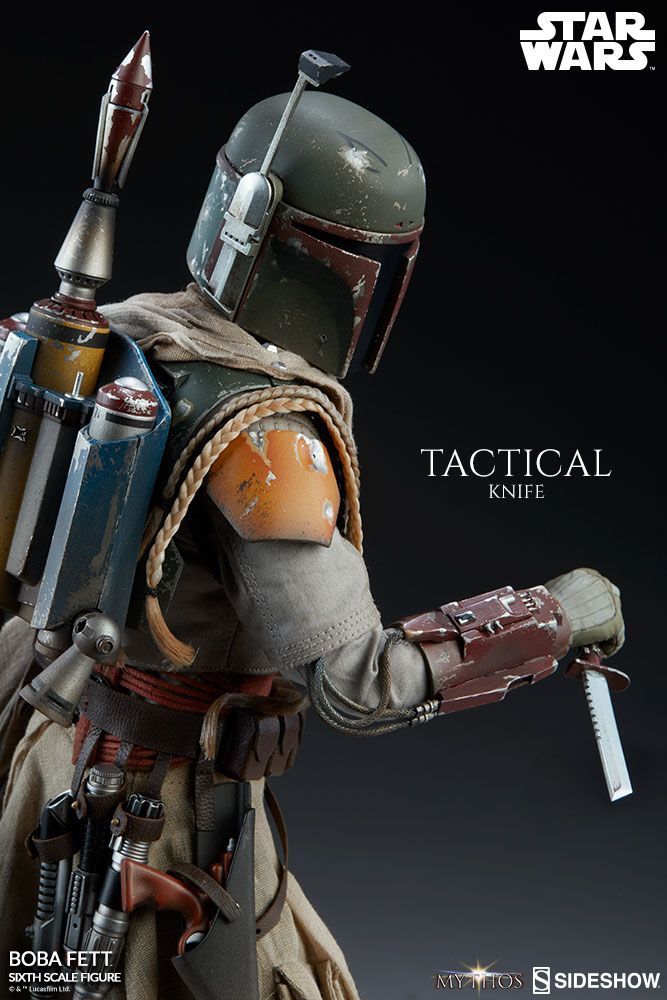 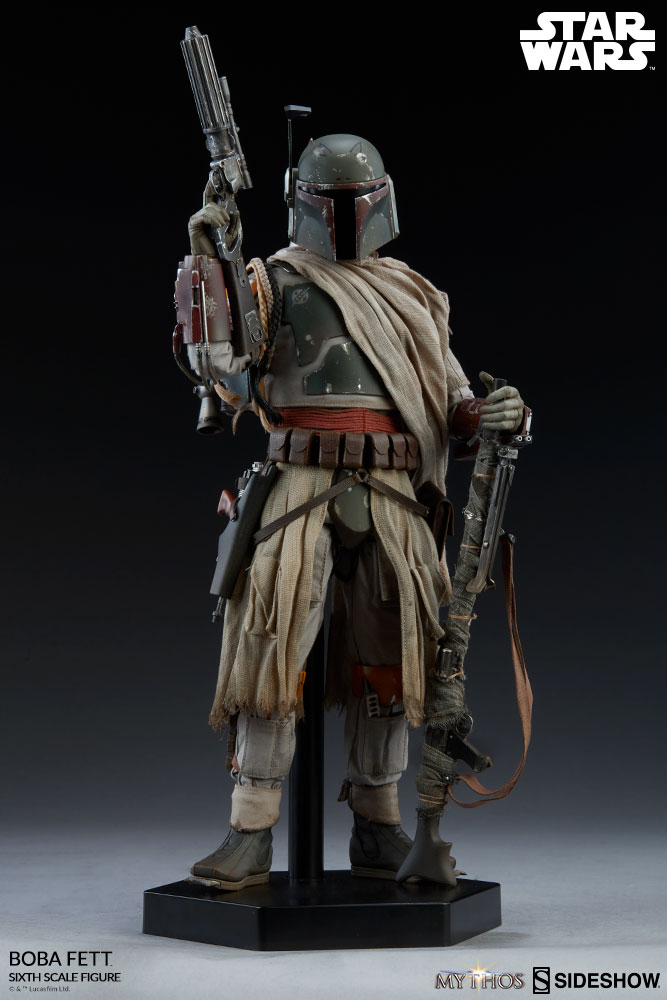 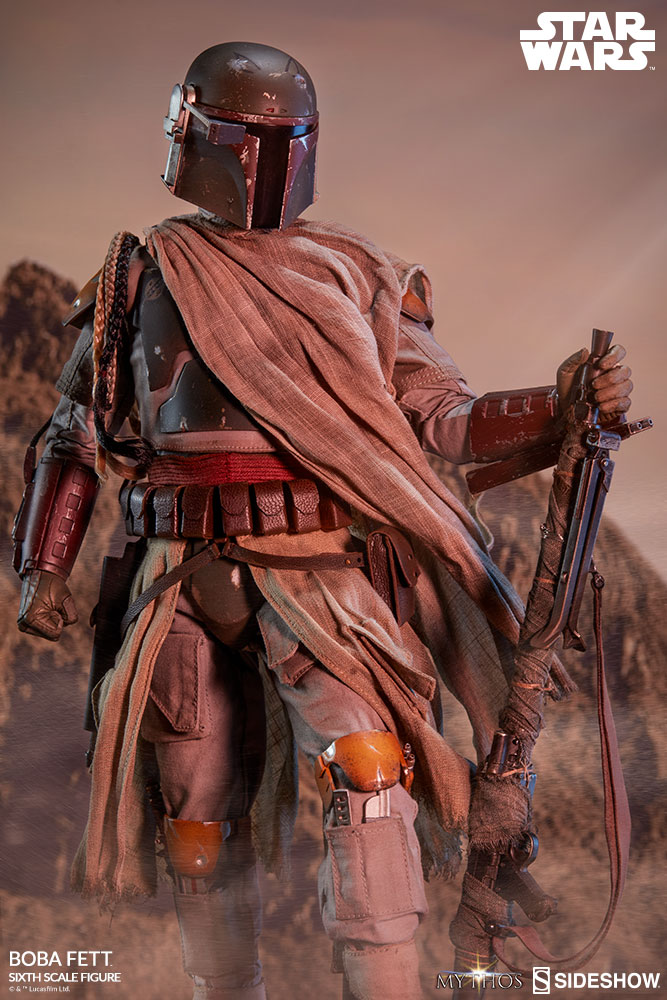 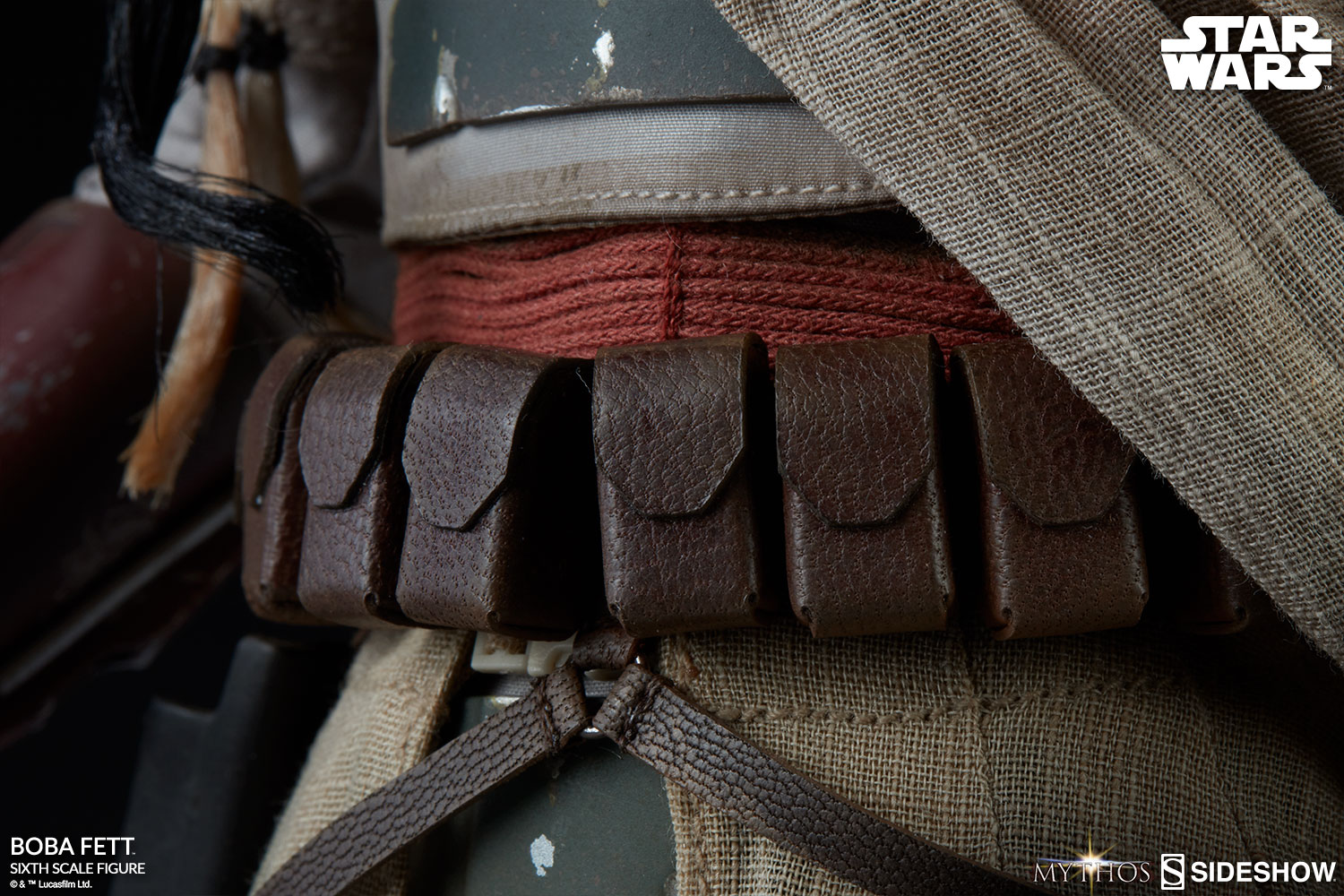 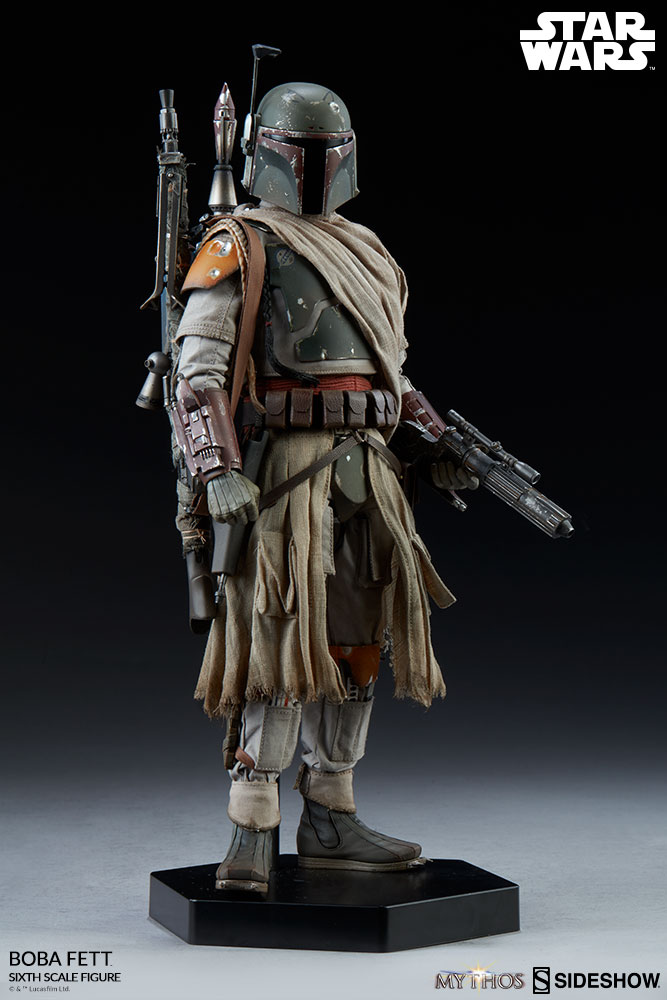 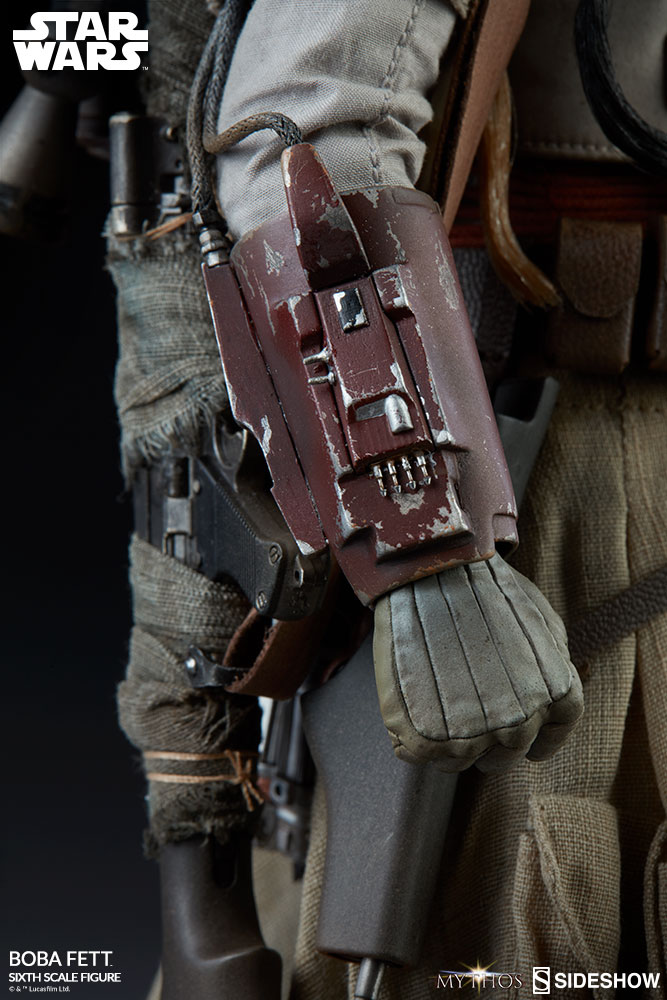 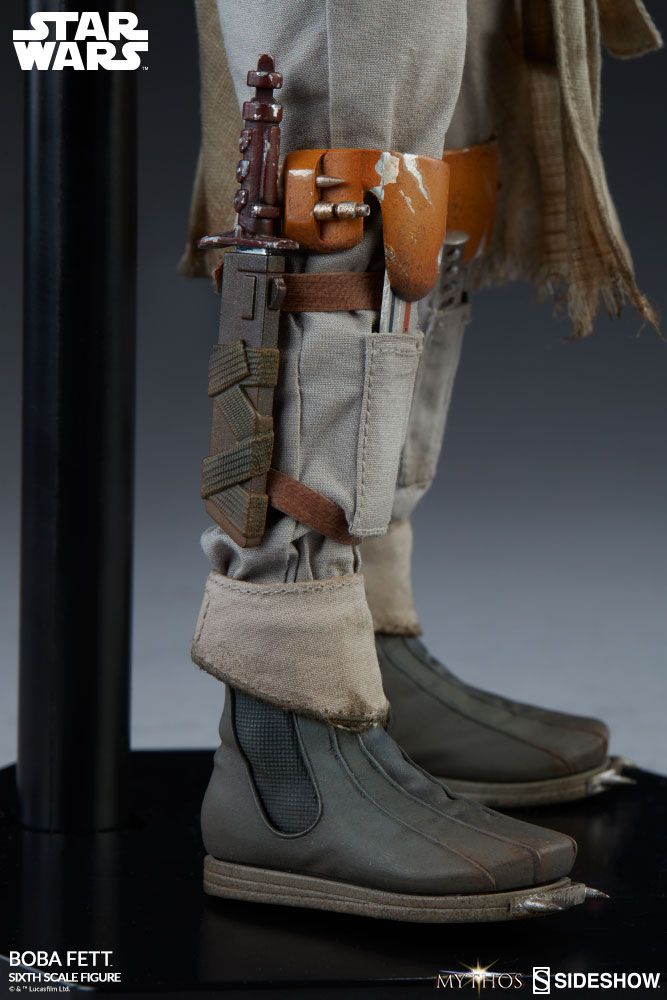 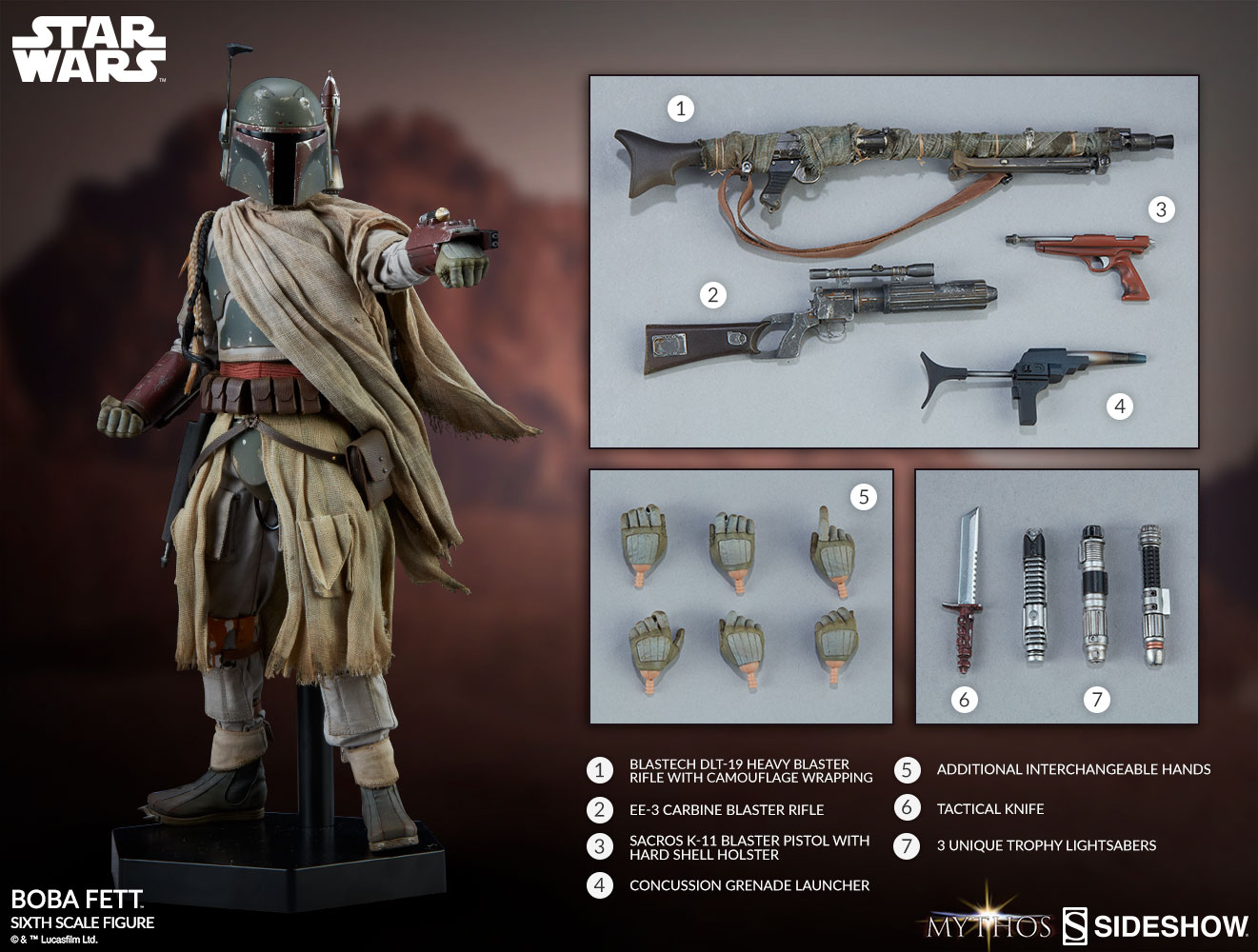 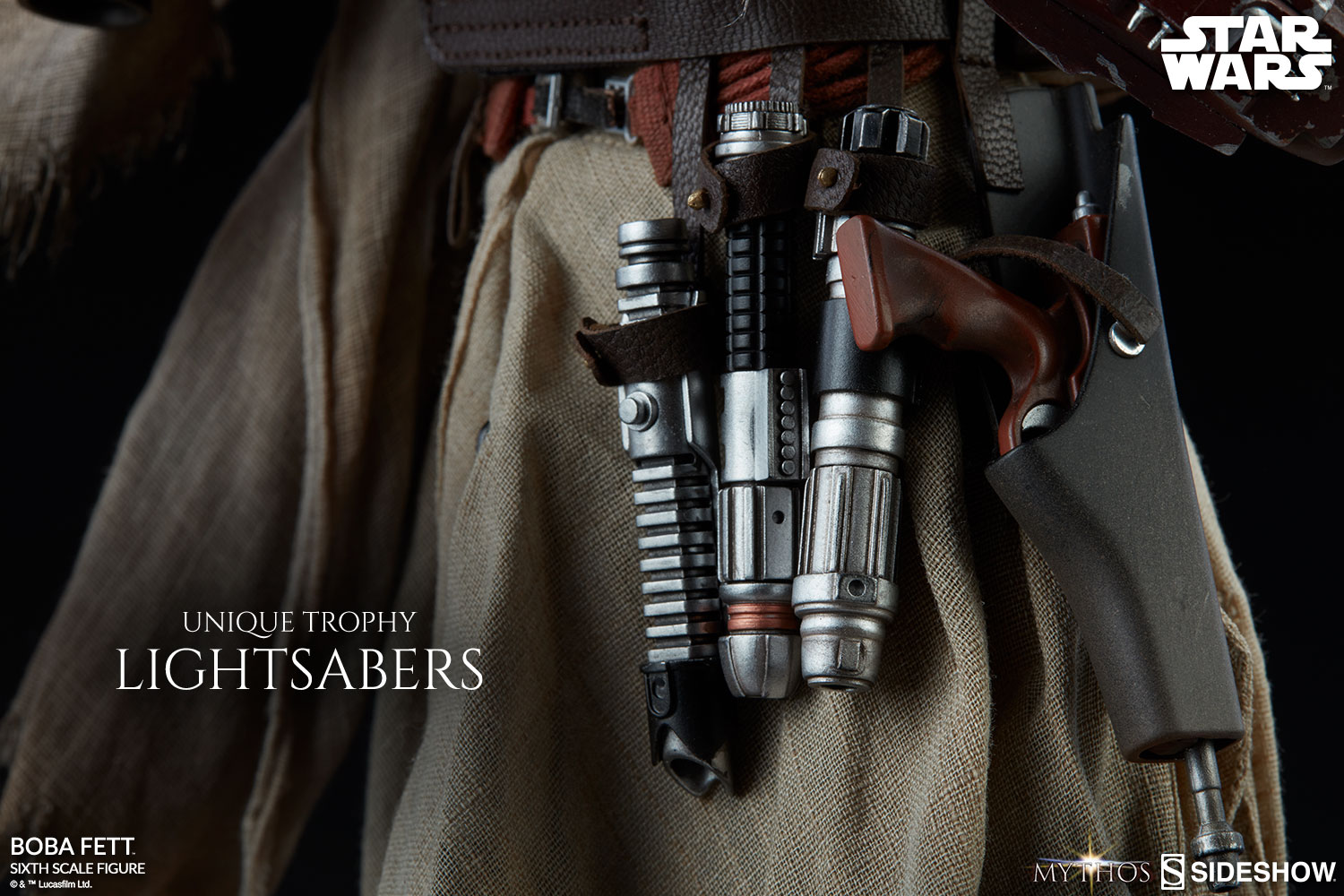 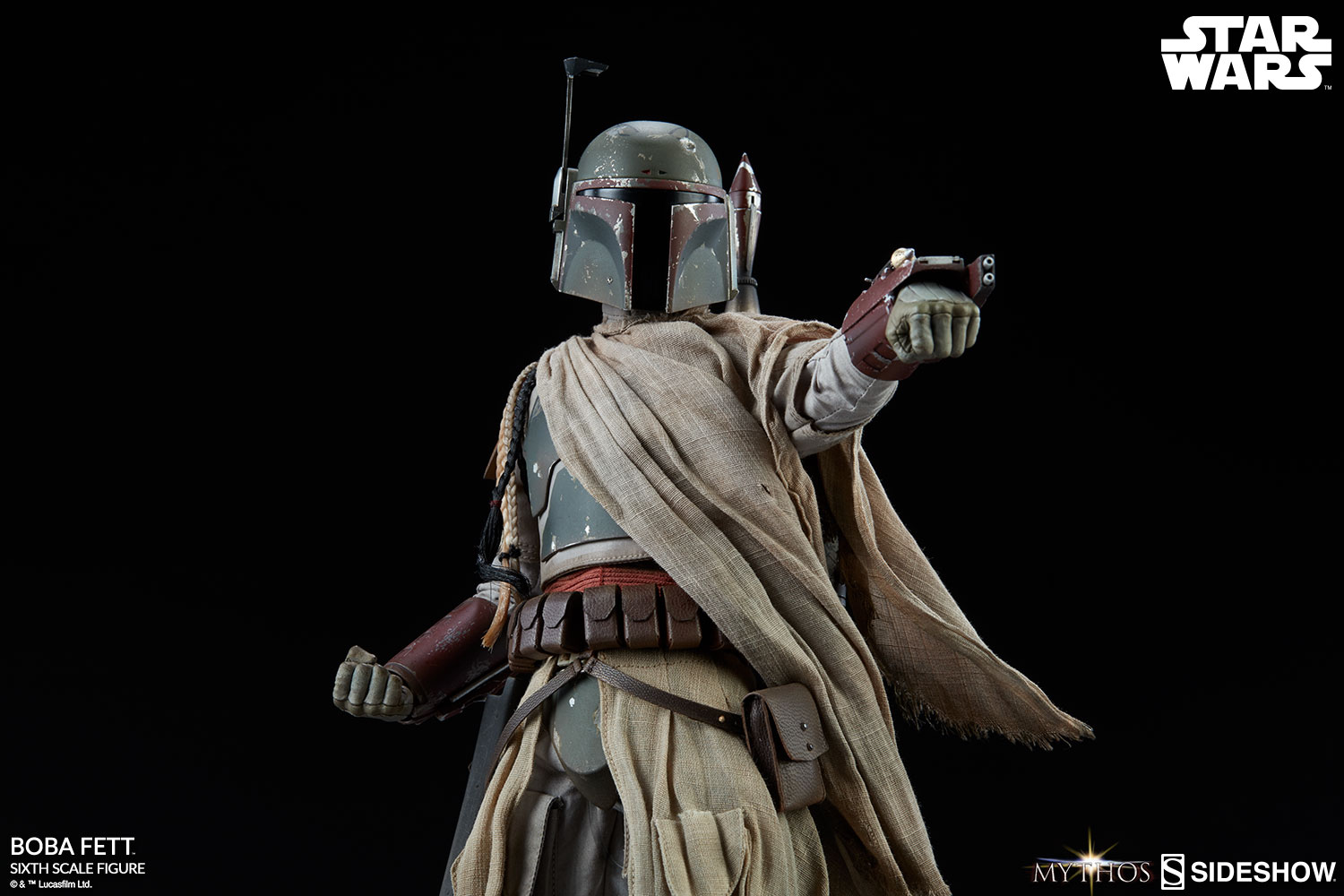 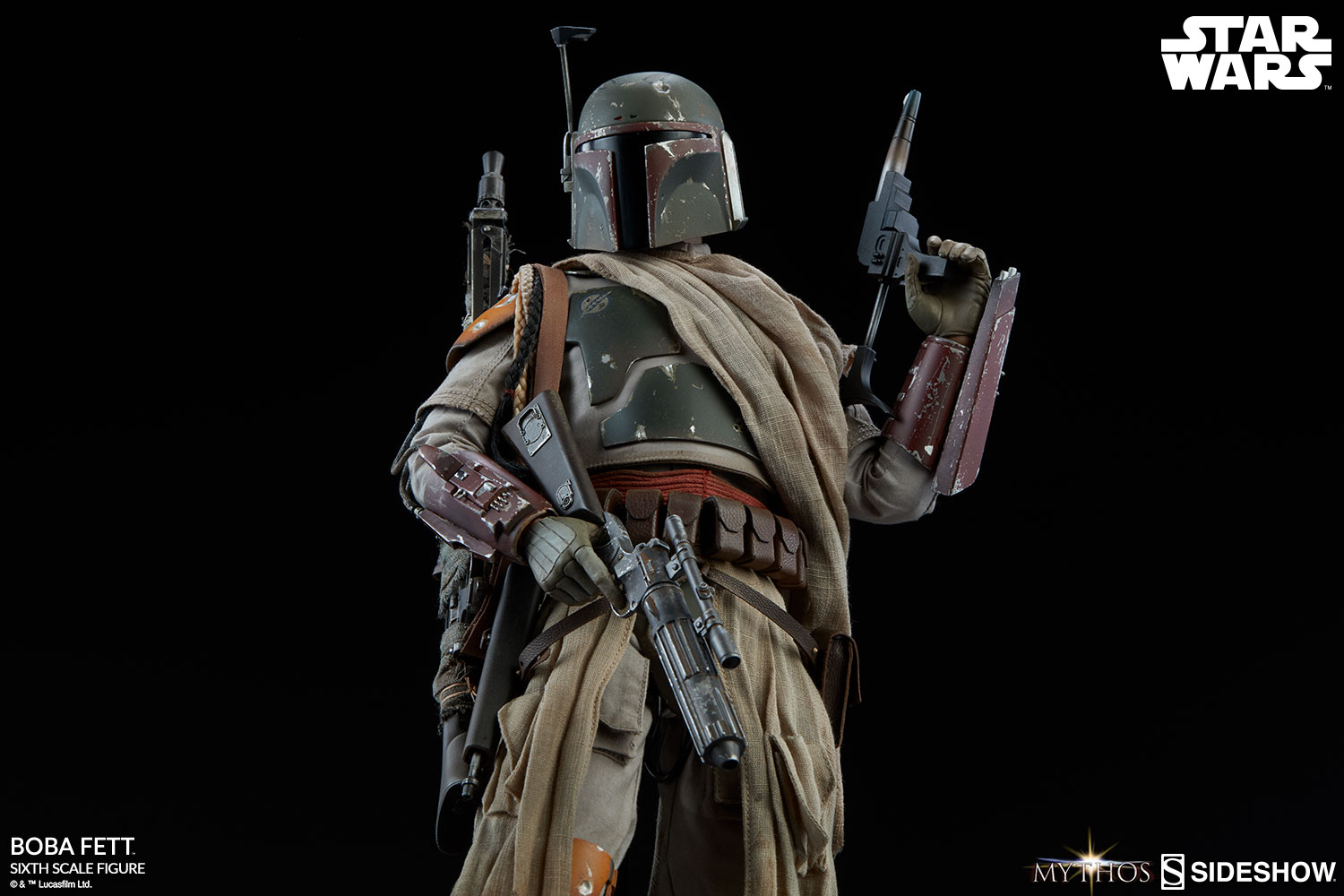 'I take it you have no love of the empire.''

Sideshow is excited to unveil the next addition to the Star Wars Collectibles Mythos series, the Boba Fett Sixth Scale Figure.

As a collection, Sideshow’s Mythos series are fine art collectibles that allow the collector to imagine what could have been but maybe never was. Myths meant to be initiated by the eye and completed by the mind.

The Boba Fett Sixth Scale Figure includes a removable Z-6 jetpack with articulating rocket boosters, four multi-purpose shin tools, and a tactical knife with an ankle-mounted sheath. He also features an arsenal of firepower, including an EE-3 carbine blaster rifle, a concussion grenade launcher, a BlasTech DLT-19 heavy blaster rifle with camo wrapping, and a Sacros K-11 blaster pistol. The figure comes with eight interchangeable hands, including a pair of fists, a pair of neutral hands, a pair of grip hands, a right trigger hand, and a left rifle support hand.

Hunt down the next piece in your Mythos journey and add the Boba Fett Sixth Scale Figure to your galaxy of Star Wars collectibles today!