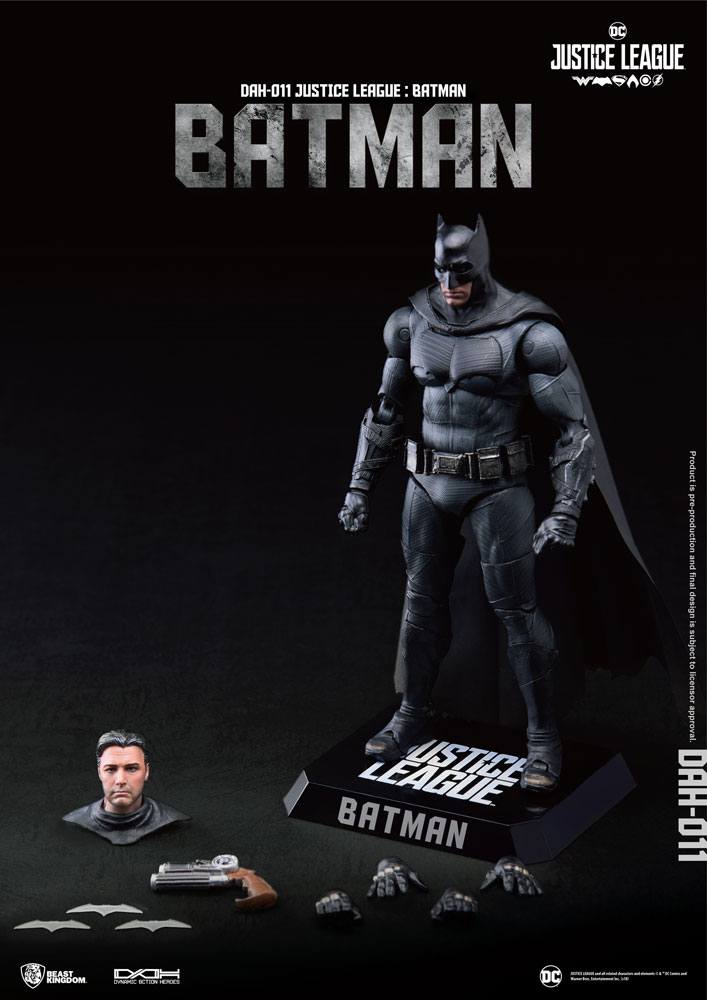 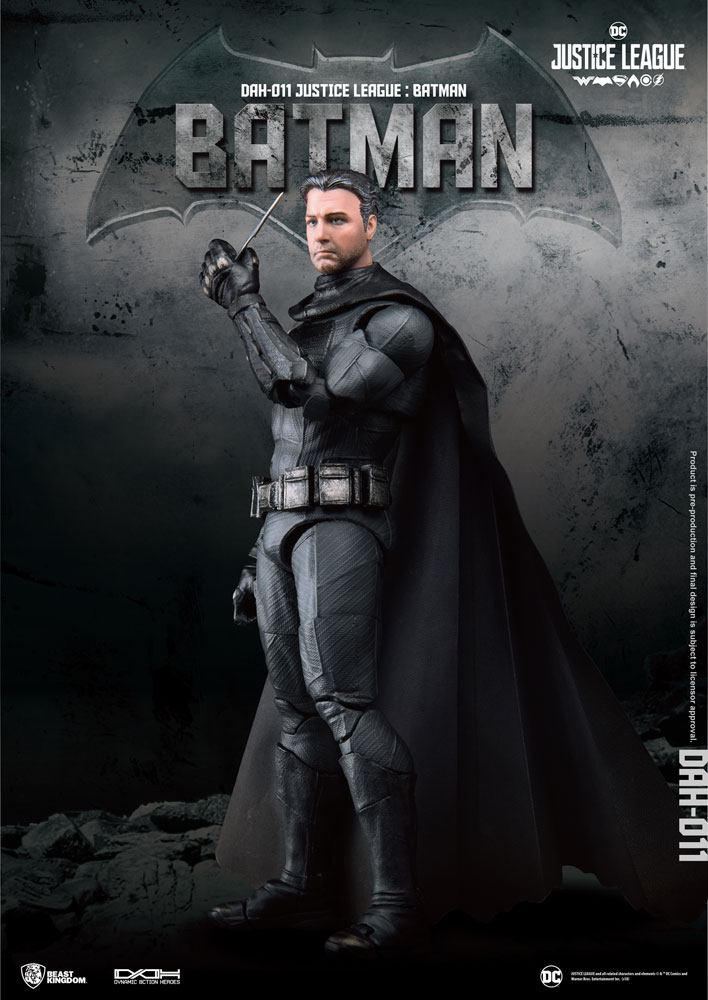 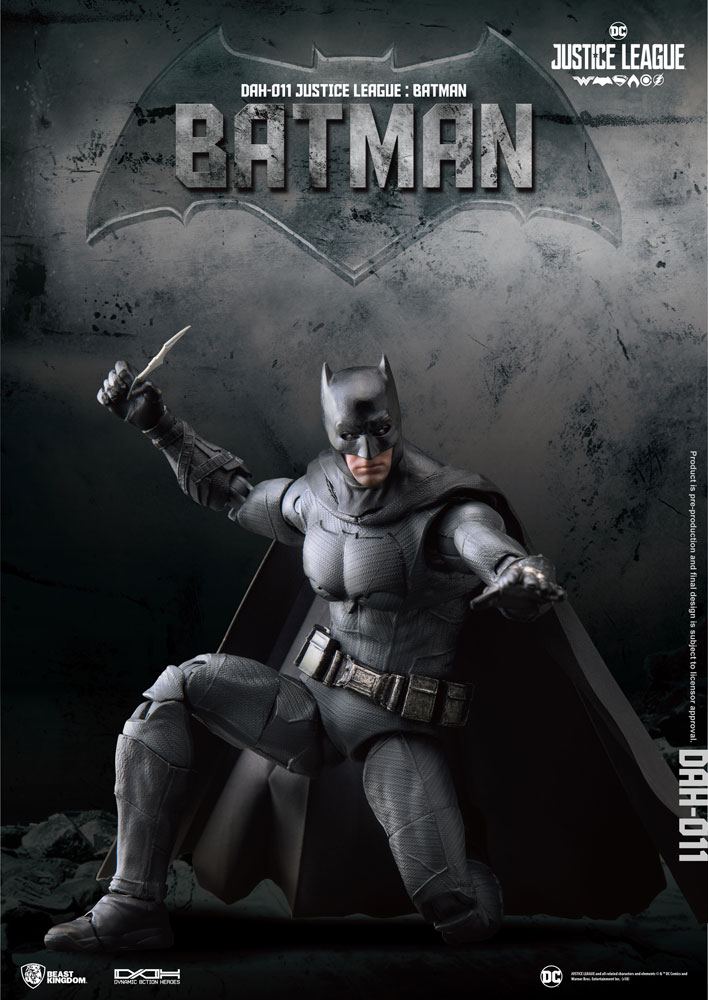 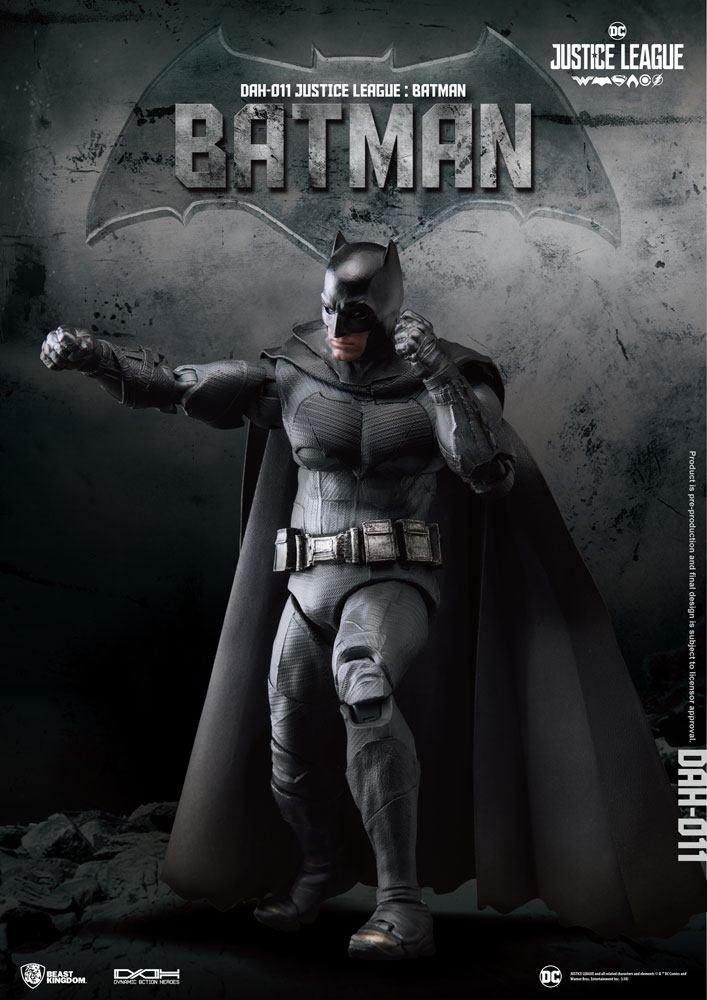 The true to life, professionally hand-painted and assembled body fully replicates the Dark Knight's tough charisma from the movies. Notably, the action figure set includes a realistic head sculpture of Bruce Wayne without his mask, the perfect way to recreate Batman taking some time off from his crime fighting escapades.

Everything, from the initial sculpting to the final painting meticulously recreates the latest incarnation of Batman who has seen it all, but still stands firm as the eternal guardian of Justice!

The 1/9 scale action figure stands approx. 20 cm tall and comes with accessories and interchangeable parts in a printed box.