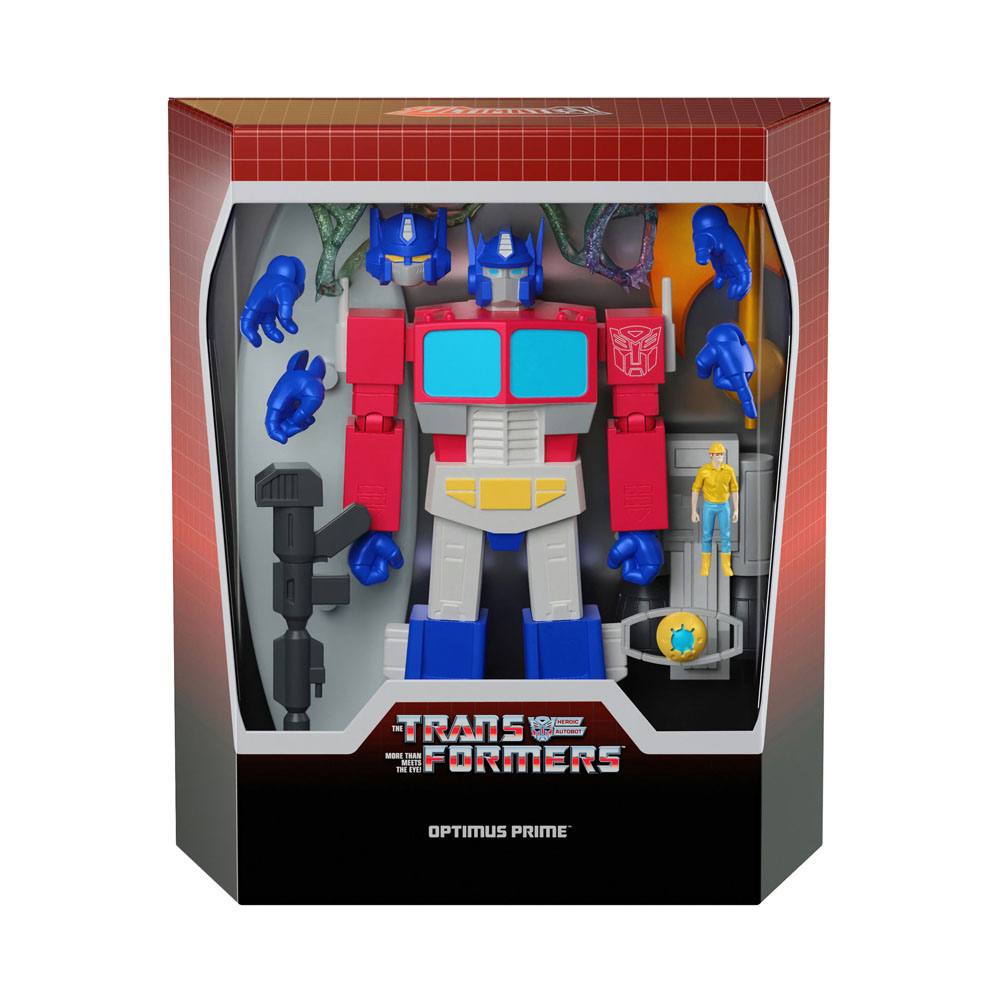 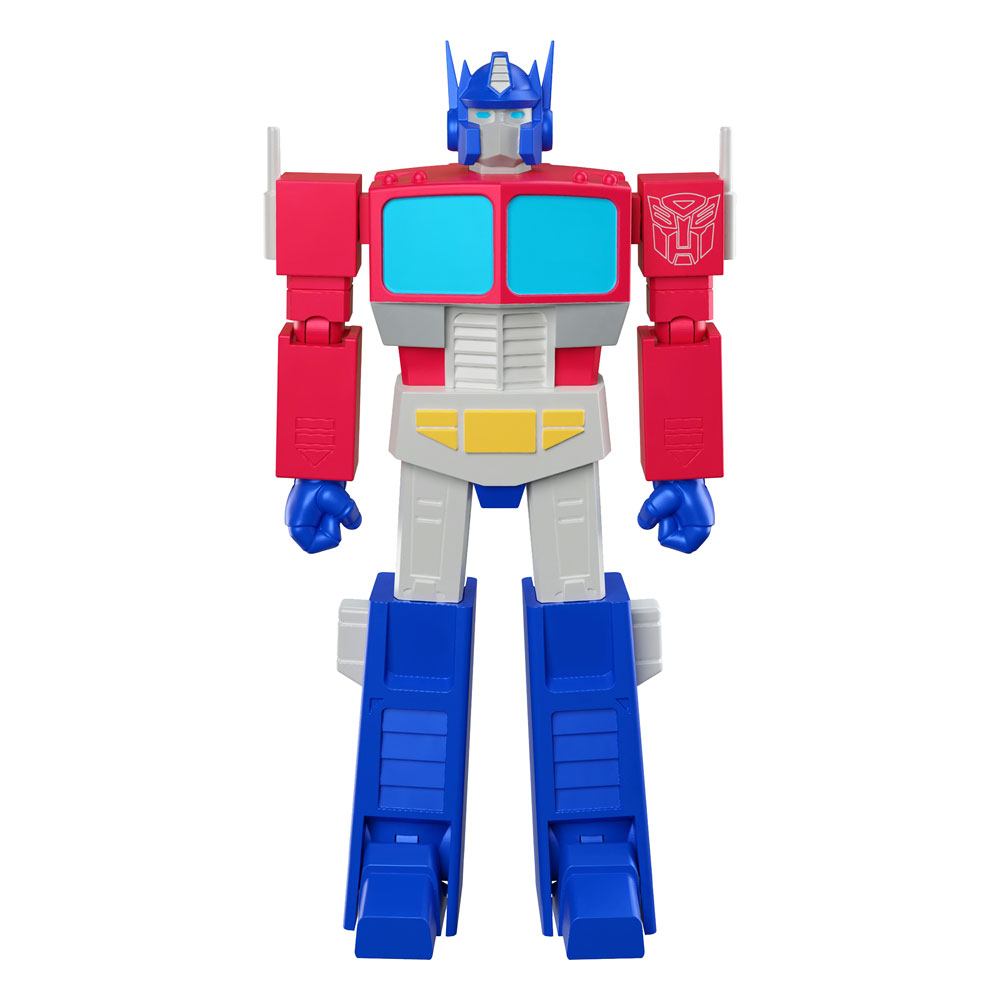 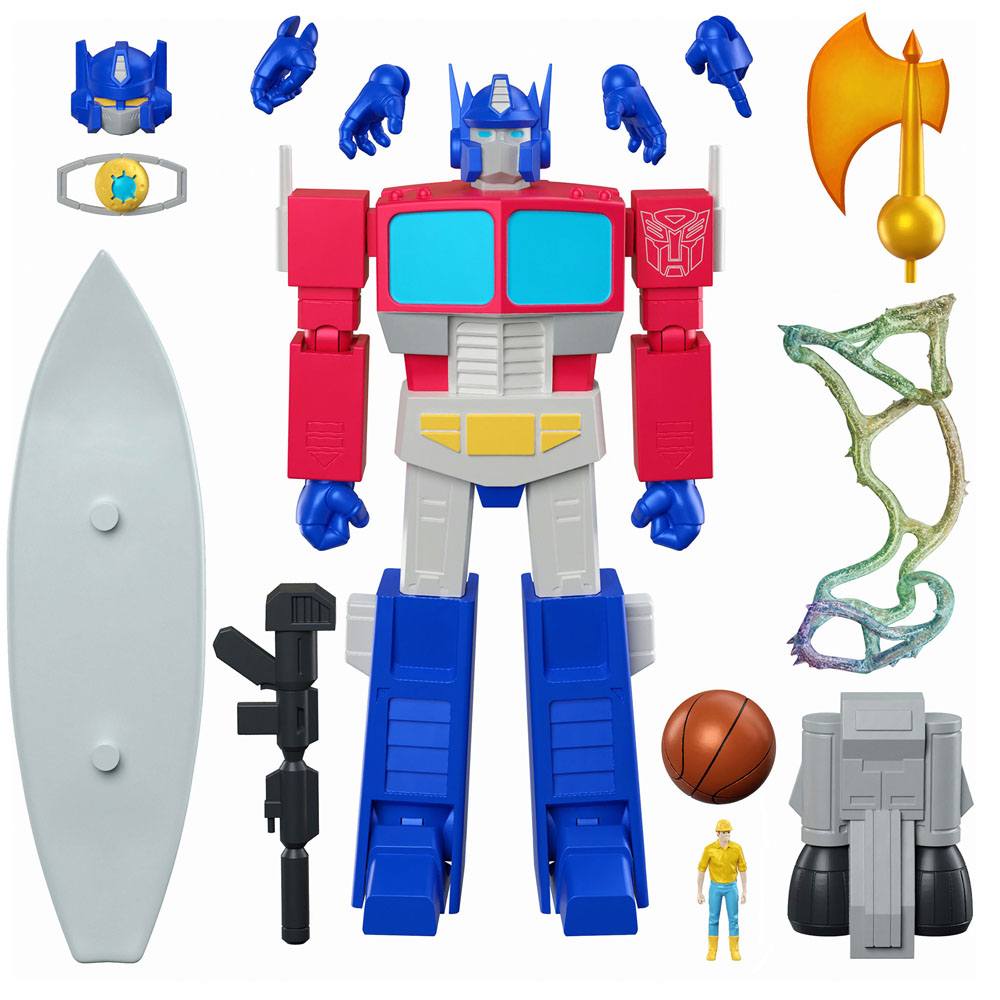 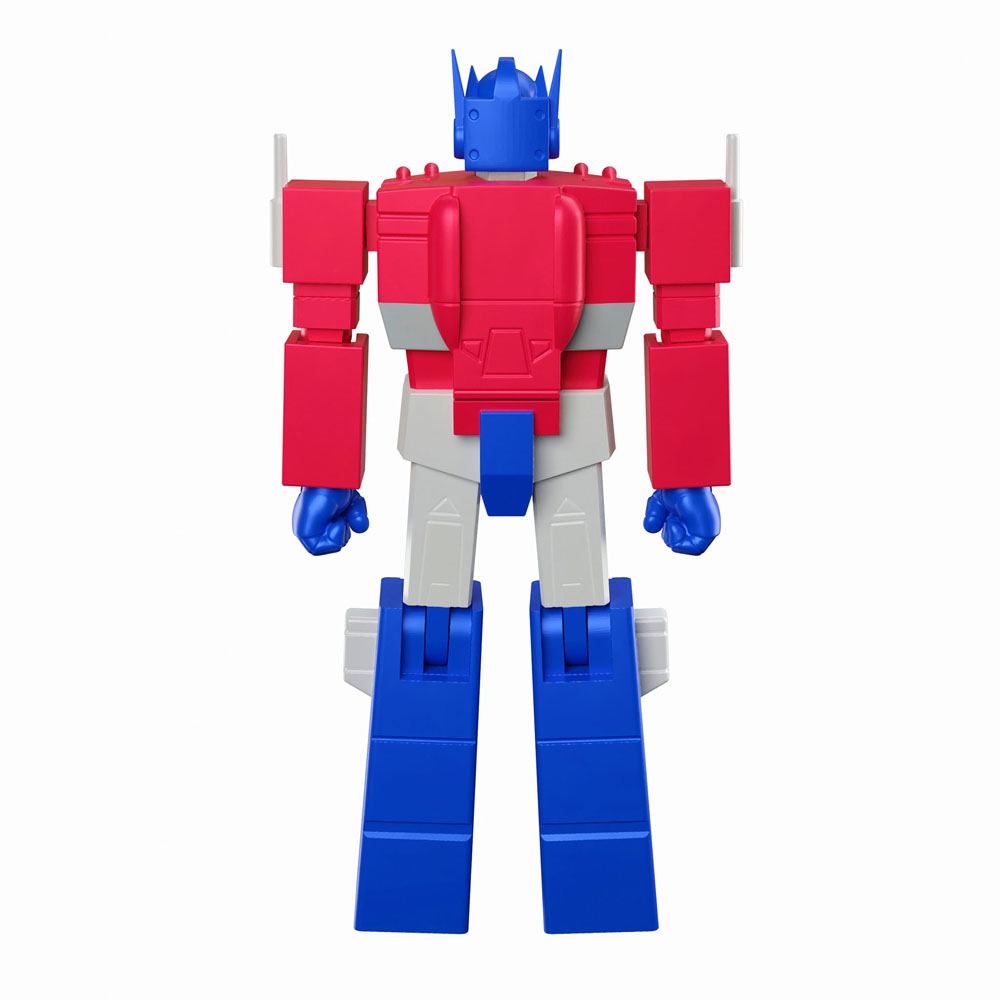 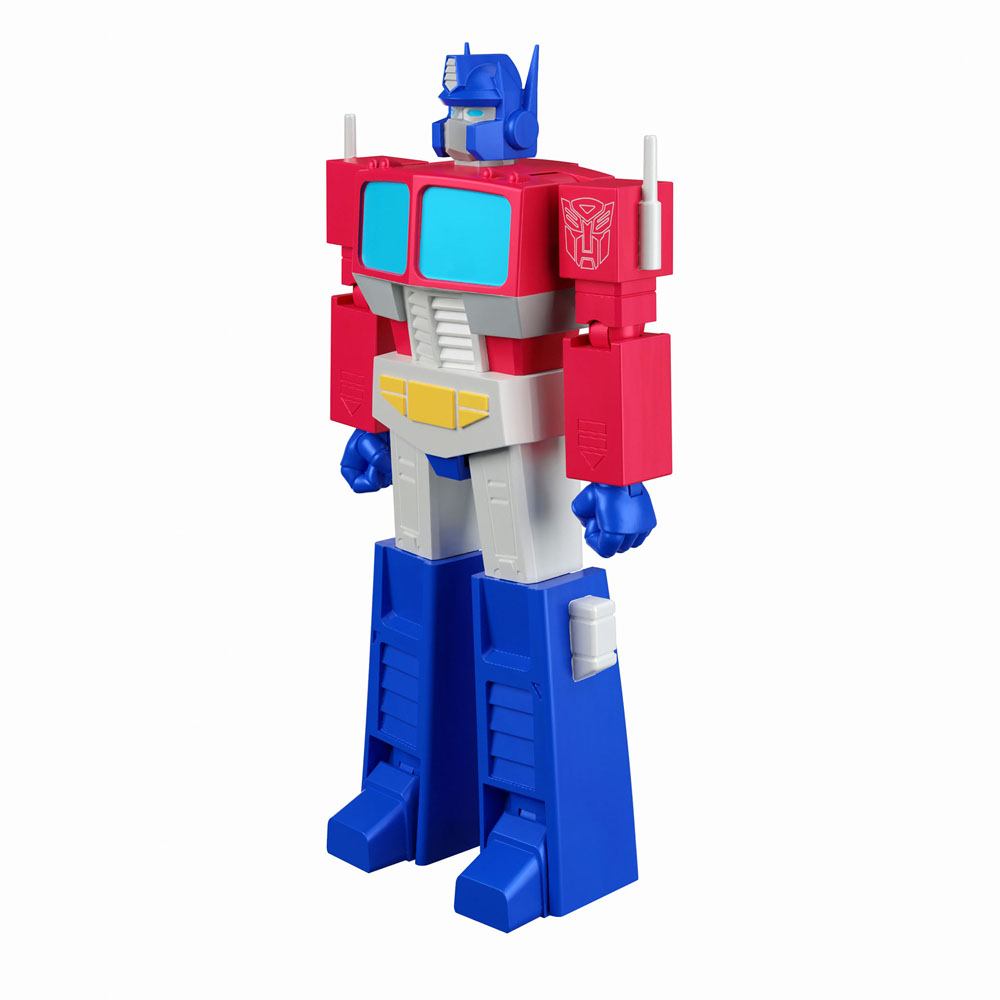 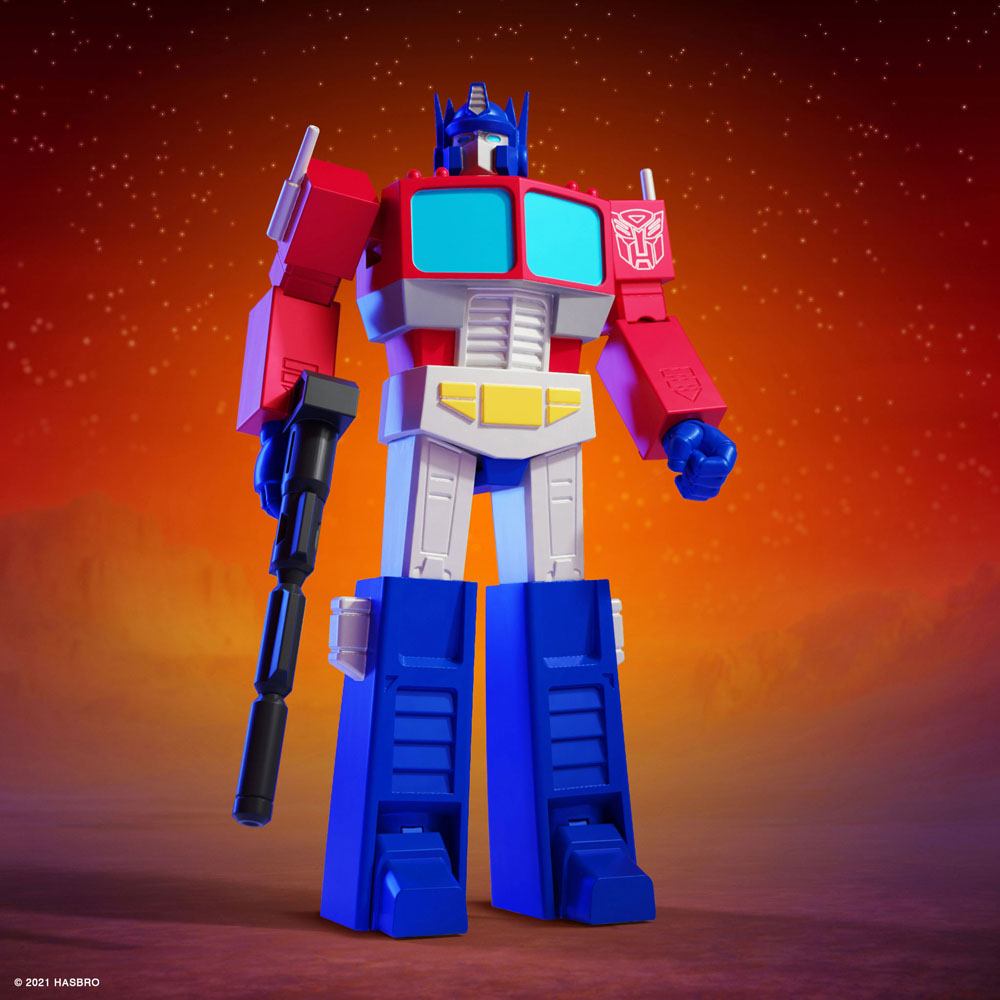 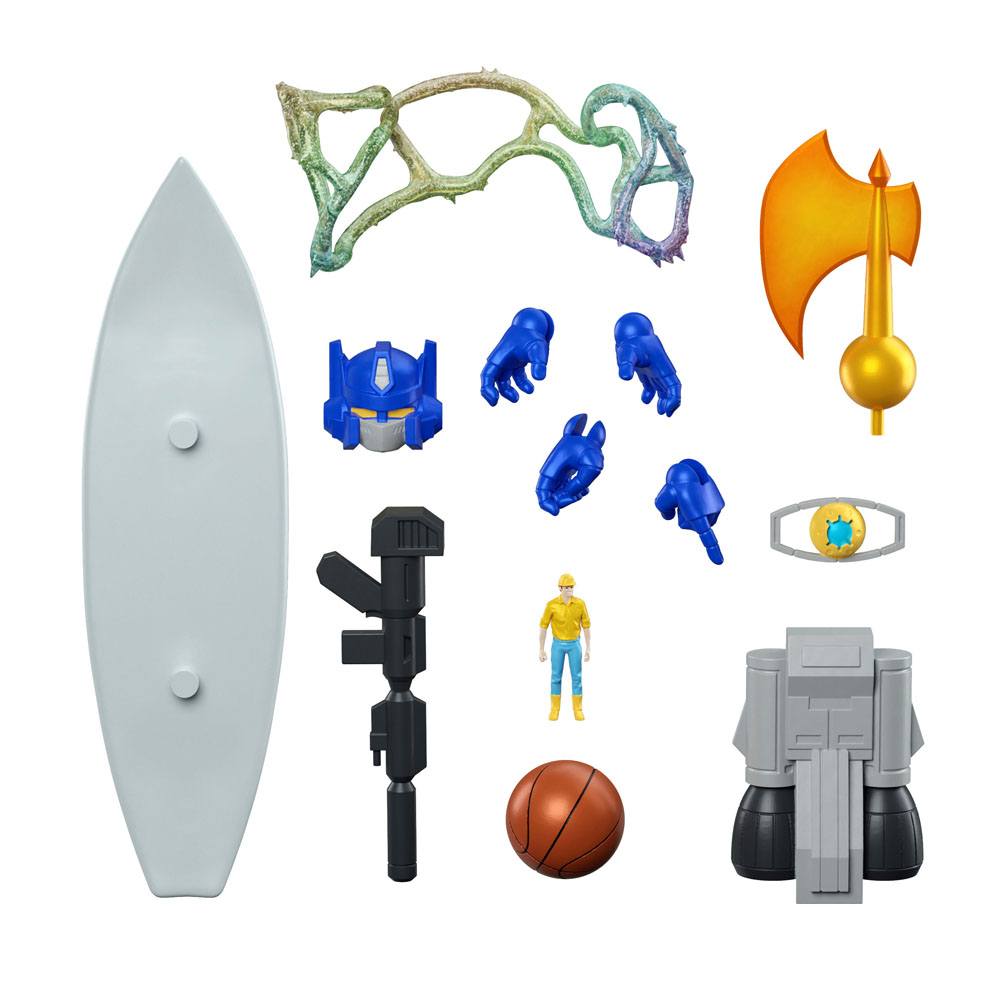 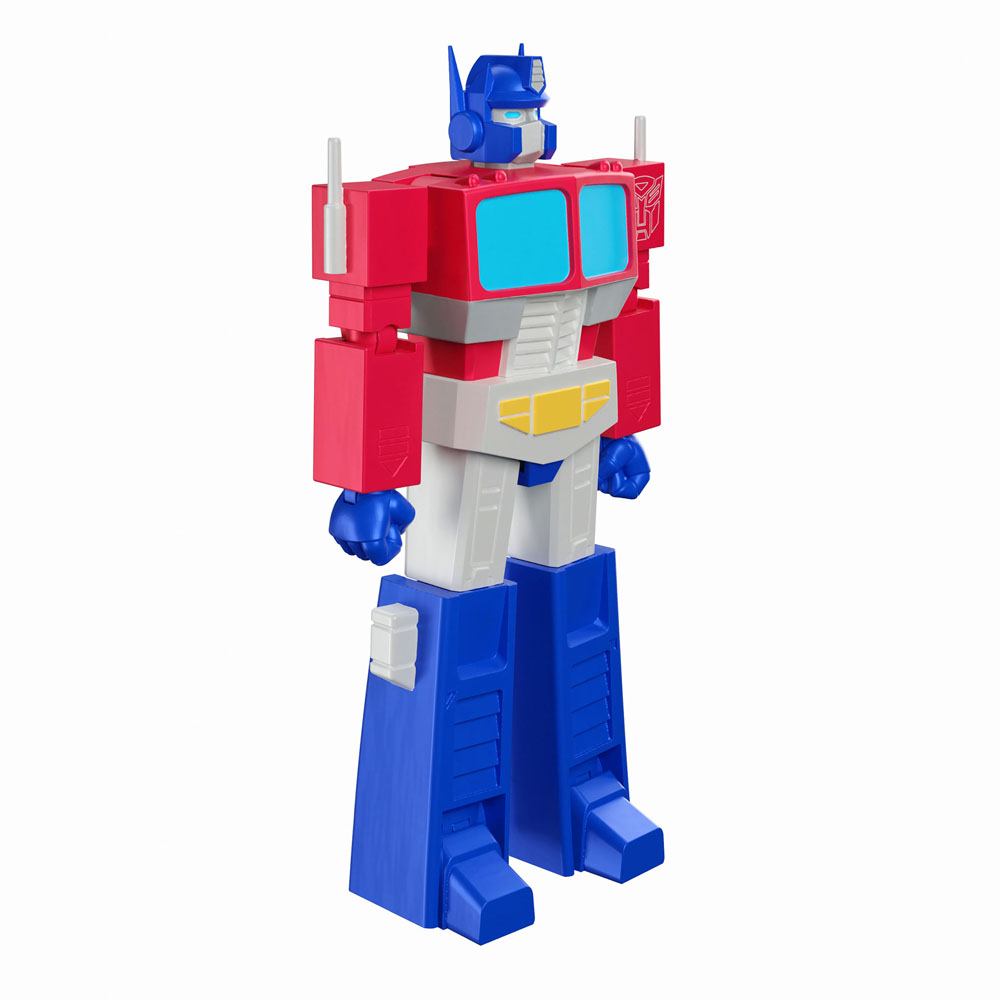 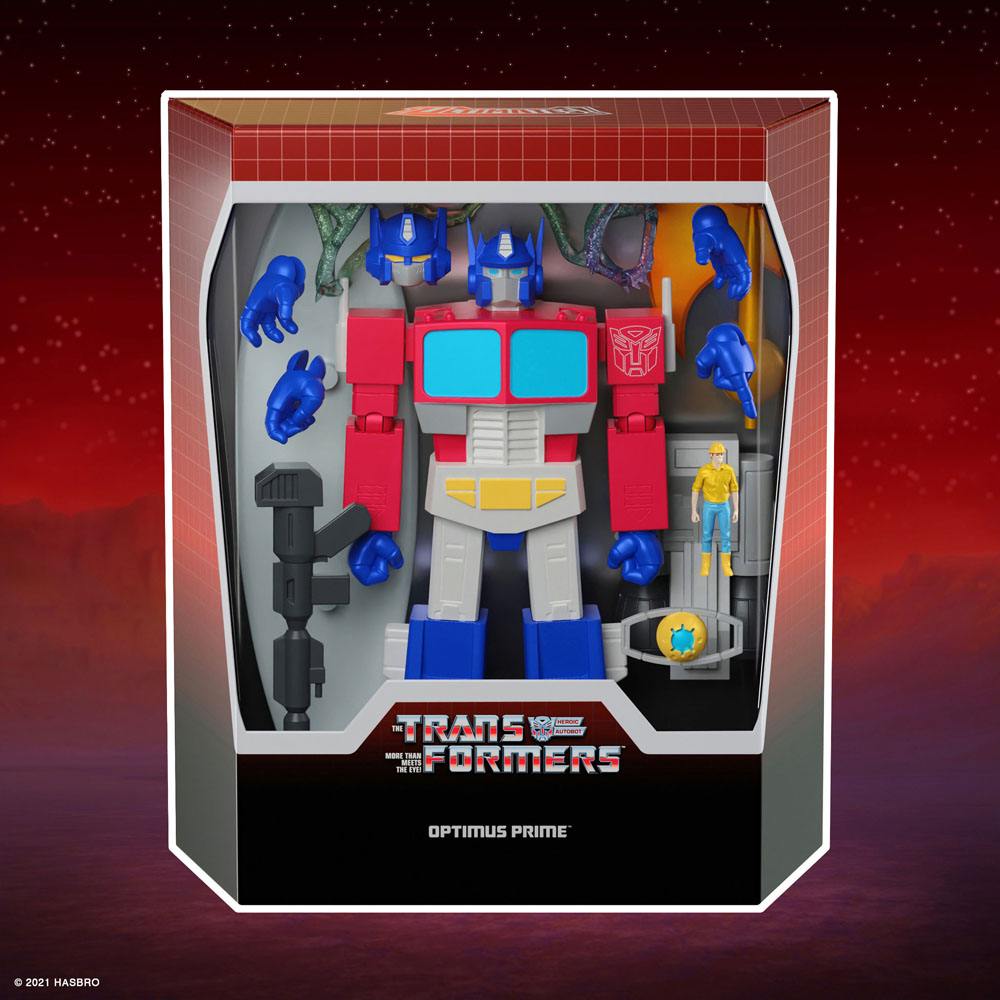 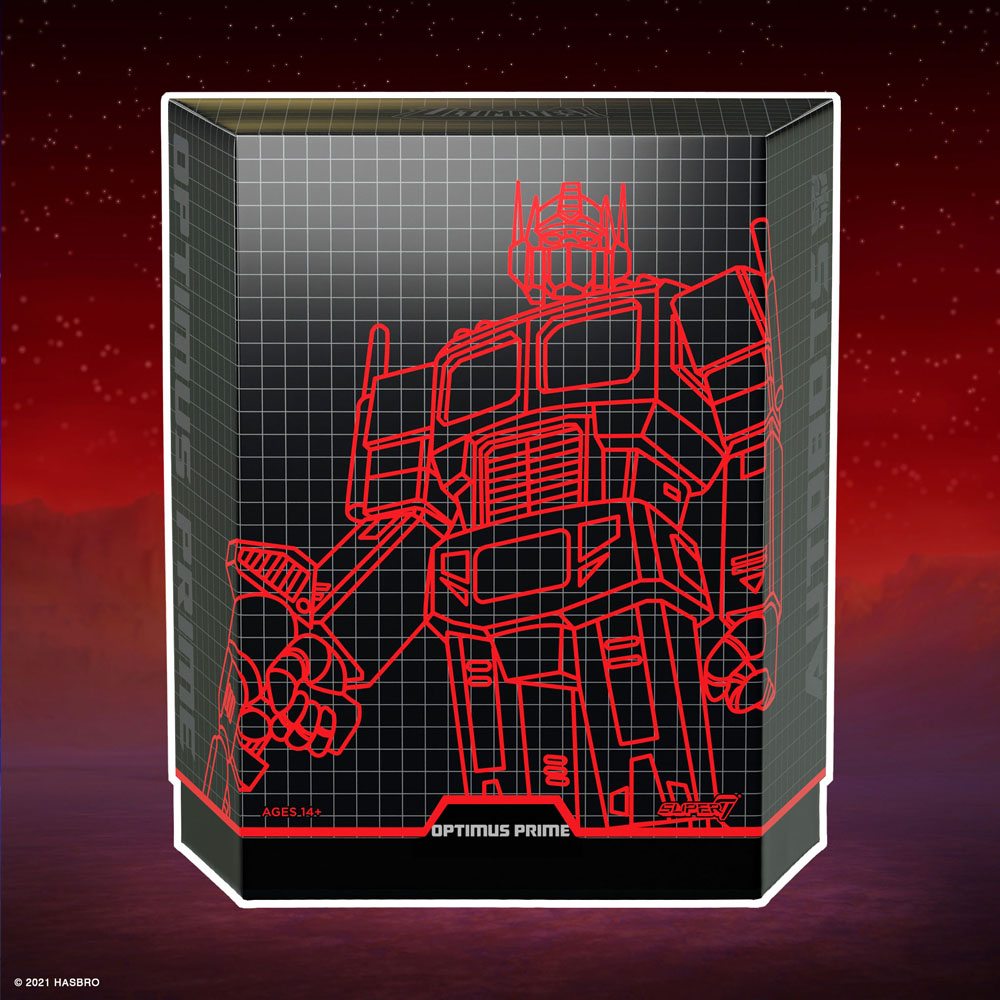 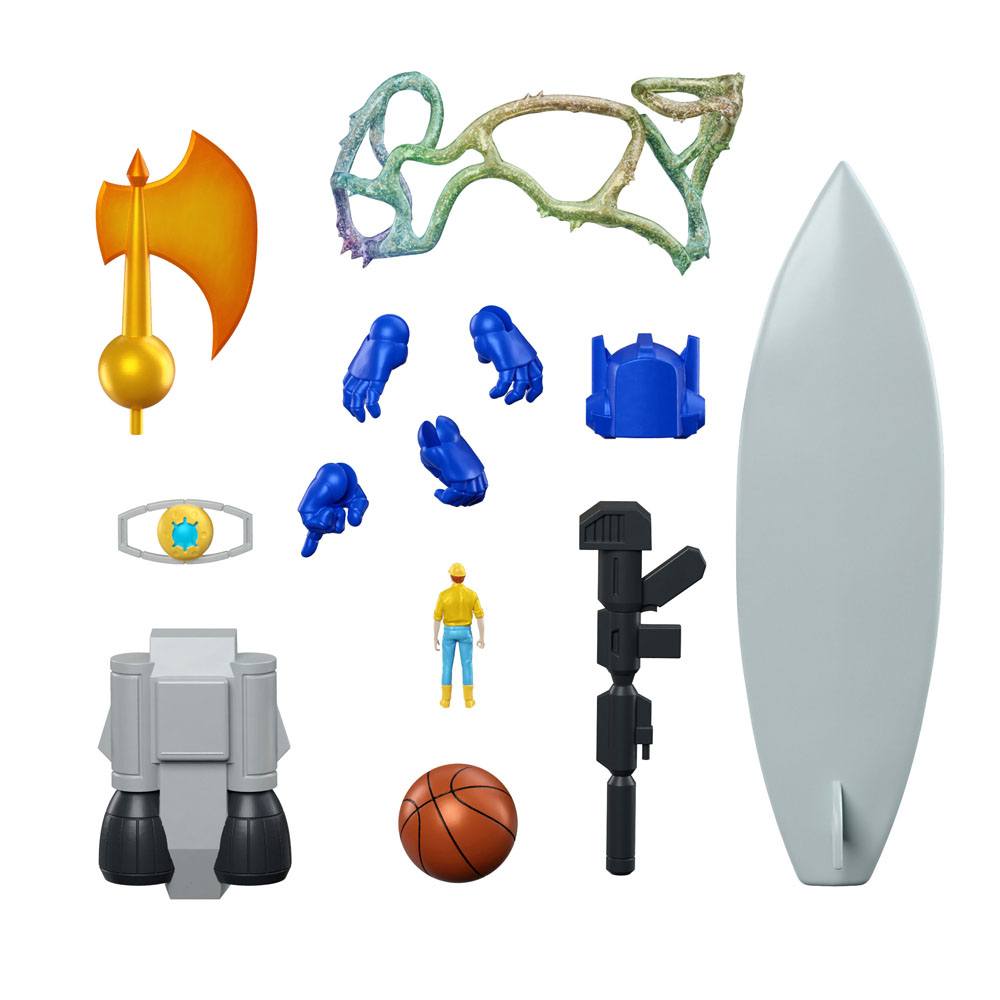 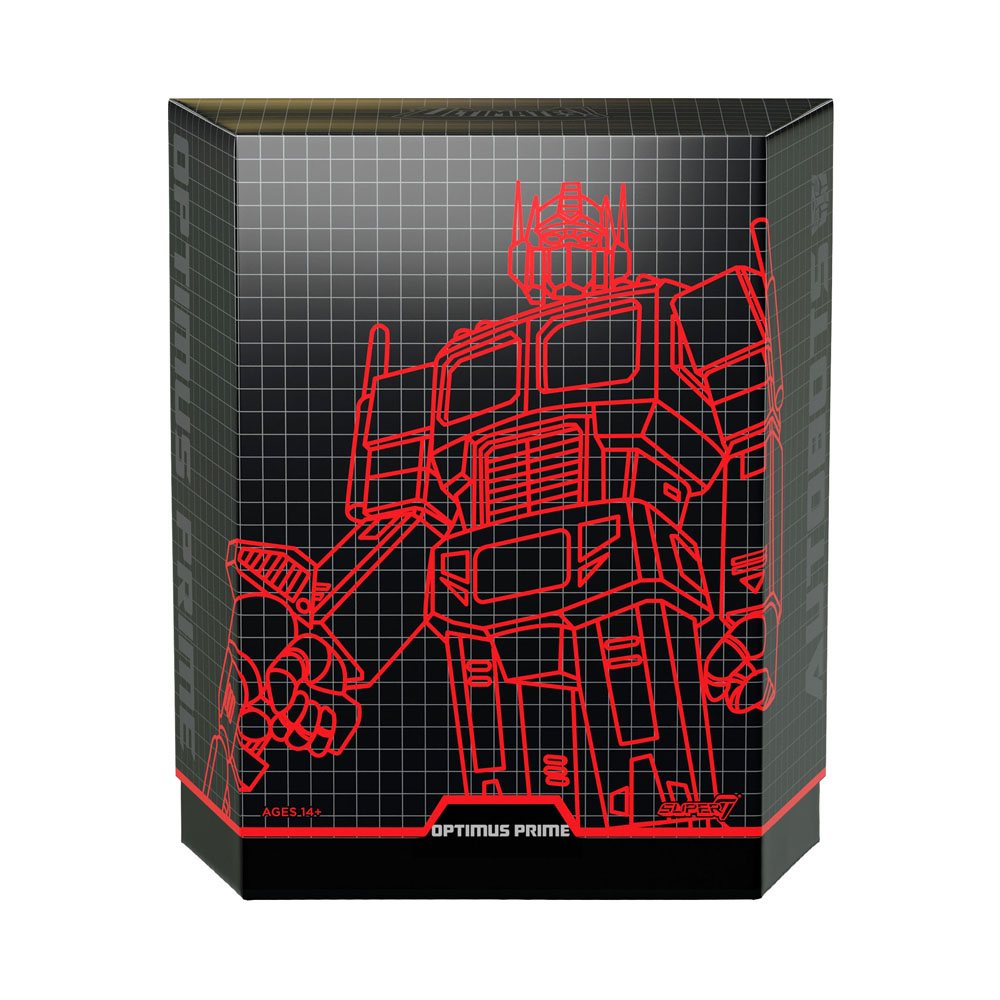 Super7 is proud to announce the first wave of Transformers ULTIMATES! Based on the Transformers you grew up watching, ULTIMATES! are made-to-order, highly-articulated figures that stand 7" tall (Optimus is 7.75" tall) and include a variety of interchangeable parts, unique accessories, and sometimes even miniature humans!

Our goal is to give you Transformers with super fun extras that you've never had before, inspired by your favorite episodes of the G1 cartoon! Slam dunkin' and surfin' Optimus Prime, glittery Ghost of Starscream, and Action Master inspired Bombshell and Banzai-Tron are ready to roll out and into your collection!

There is no better way to roll out a new collection of Transformers than with the leader of the Autobots, Optimus Prime!

Based on his look from the original G1 cartoon, this 7" highly-articulated deluxe action figure is made-to-order and includes a variety of unique interchangeable parts, like his G1 toy-accurate head, his jetpack, a surfboard, and a basketball! Recreate Optimus Prime's basketball game from
"The Master Builders" episode, catch a giant wave as seen in "The Ultimate Doom," or get him under control with Energon restraints as seen in "SOS Dinobots!"

His amazing set of accessories also include an Energon Axe, Matrix of Leadership, and Ion Blaster. Last but certainly not least, Optimus Prime is accompanied by a miniature Spike Witwicky! This figure is a slam dunk to add to any collection!