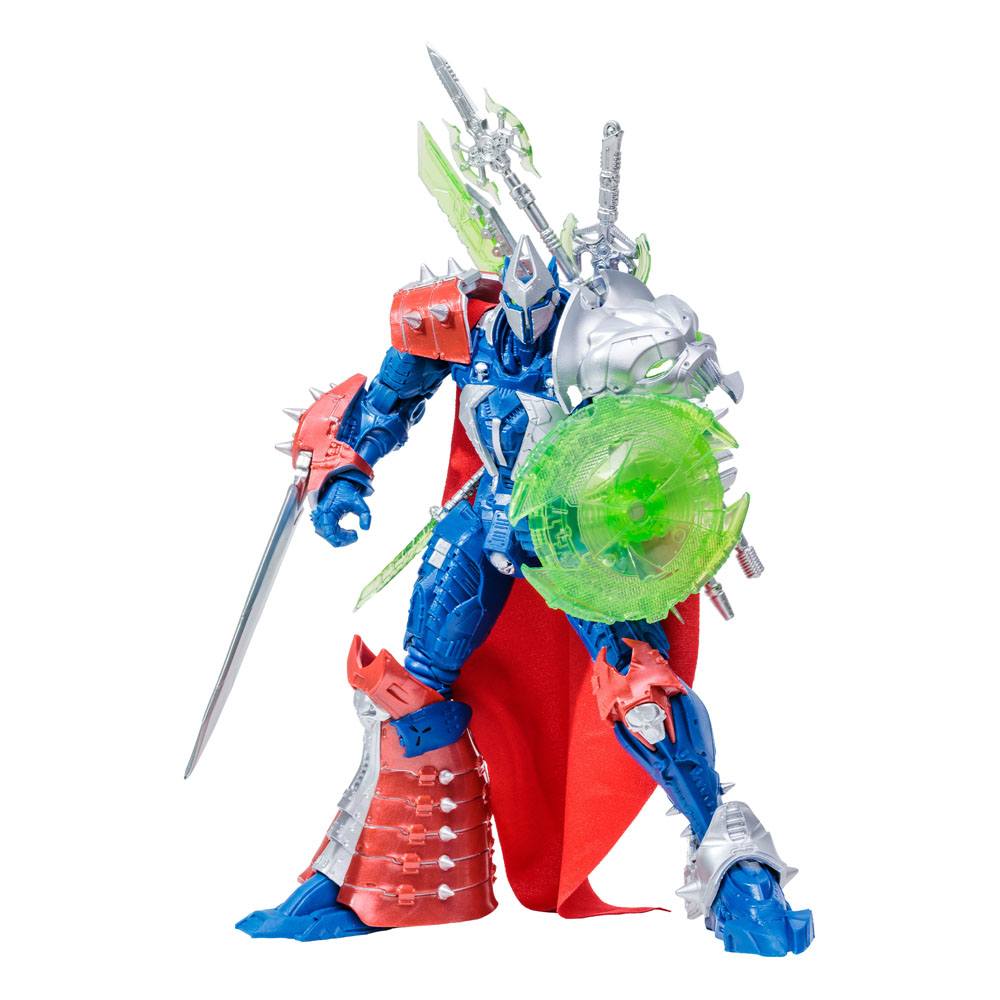 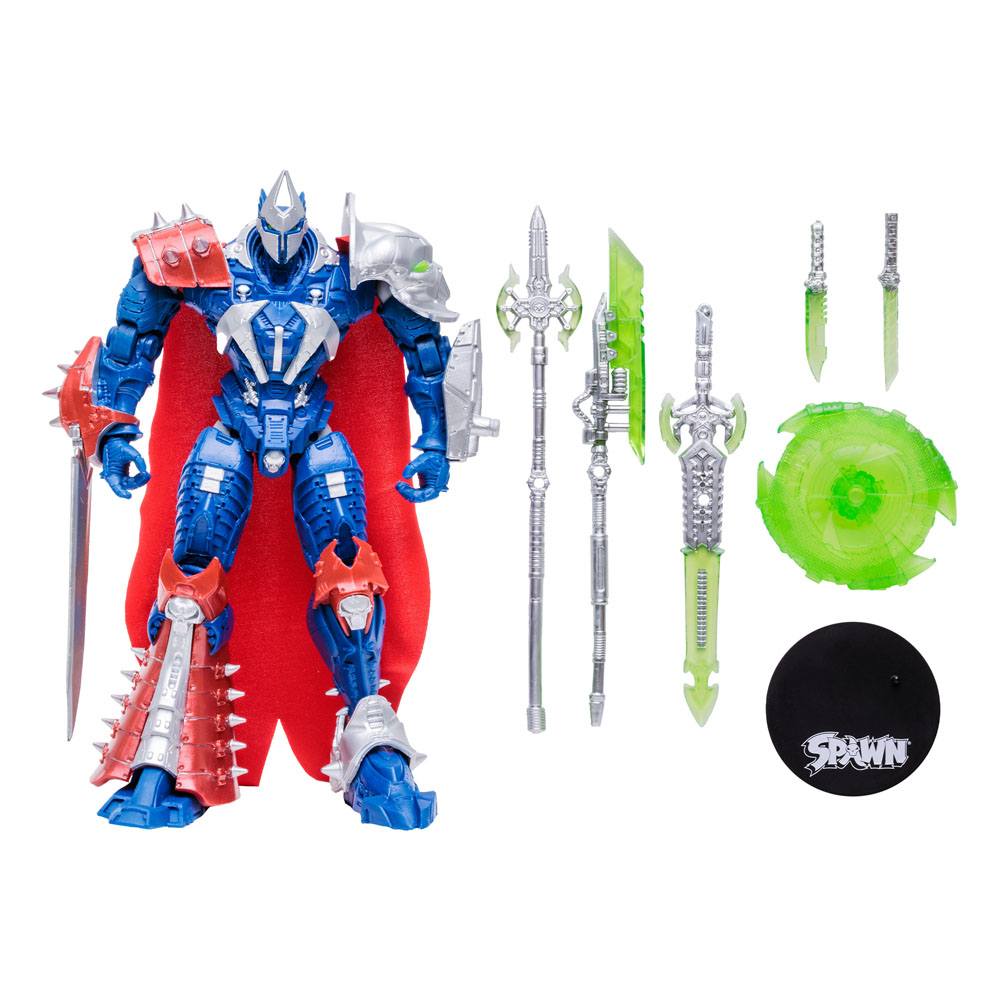 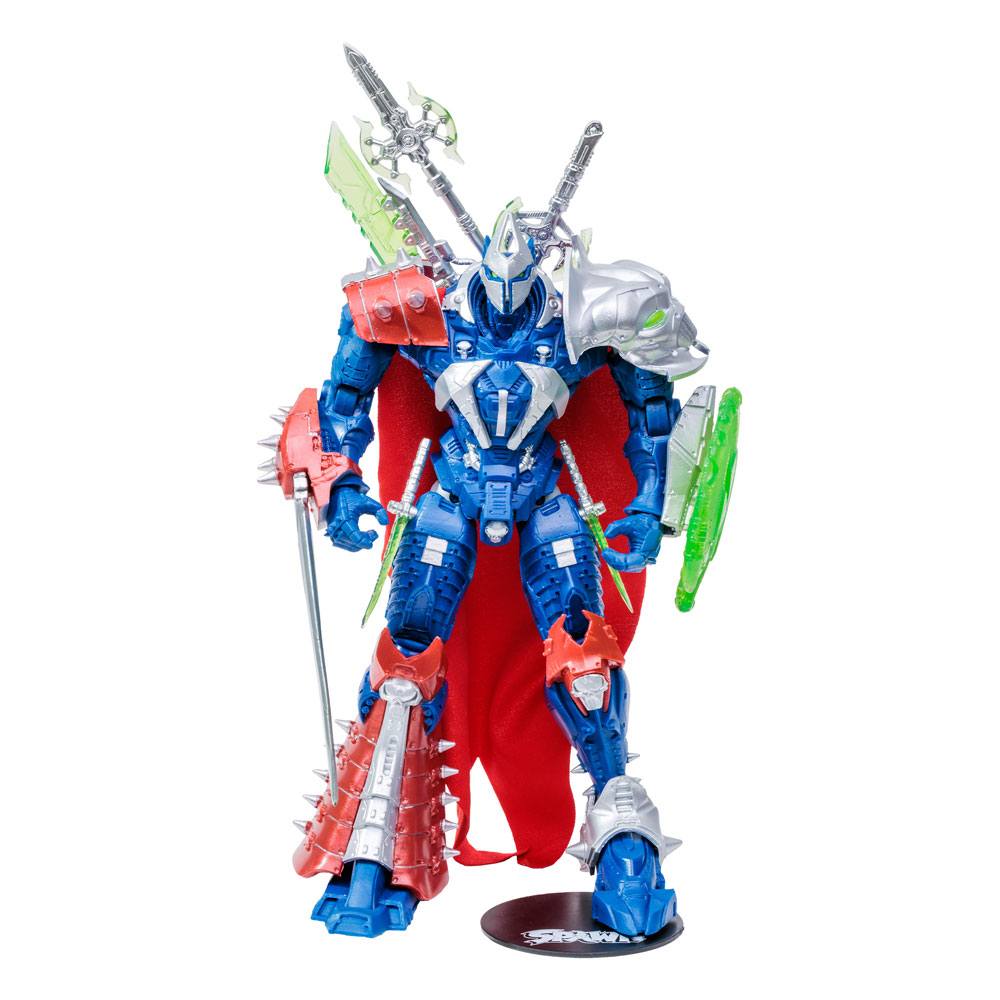 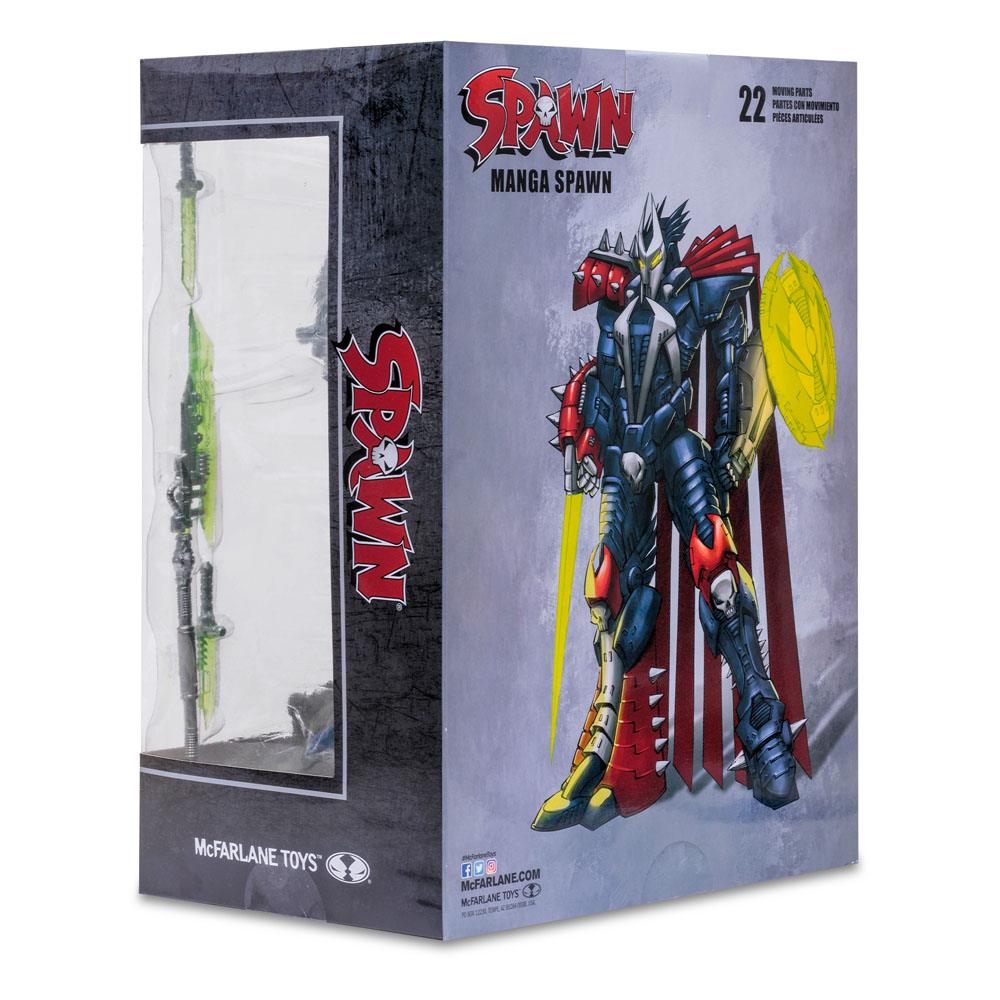 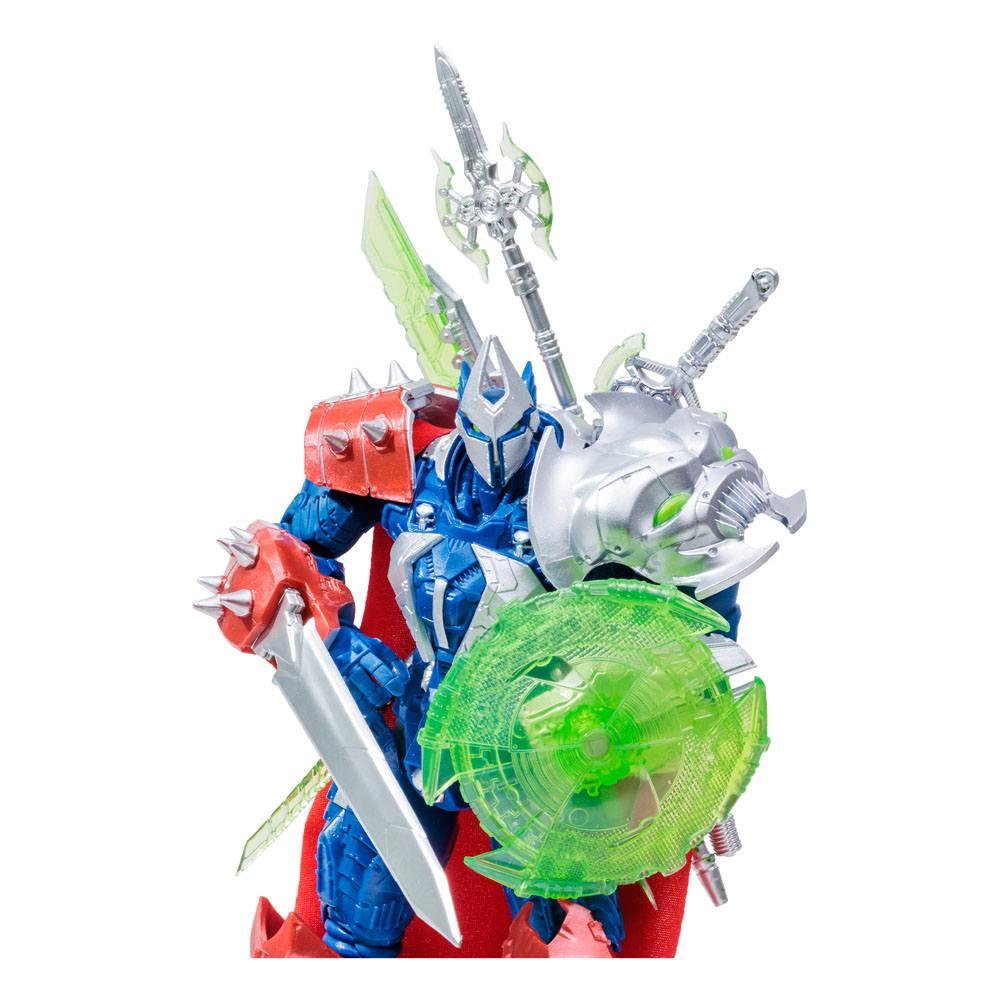 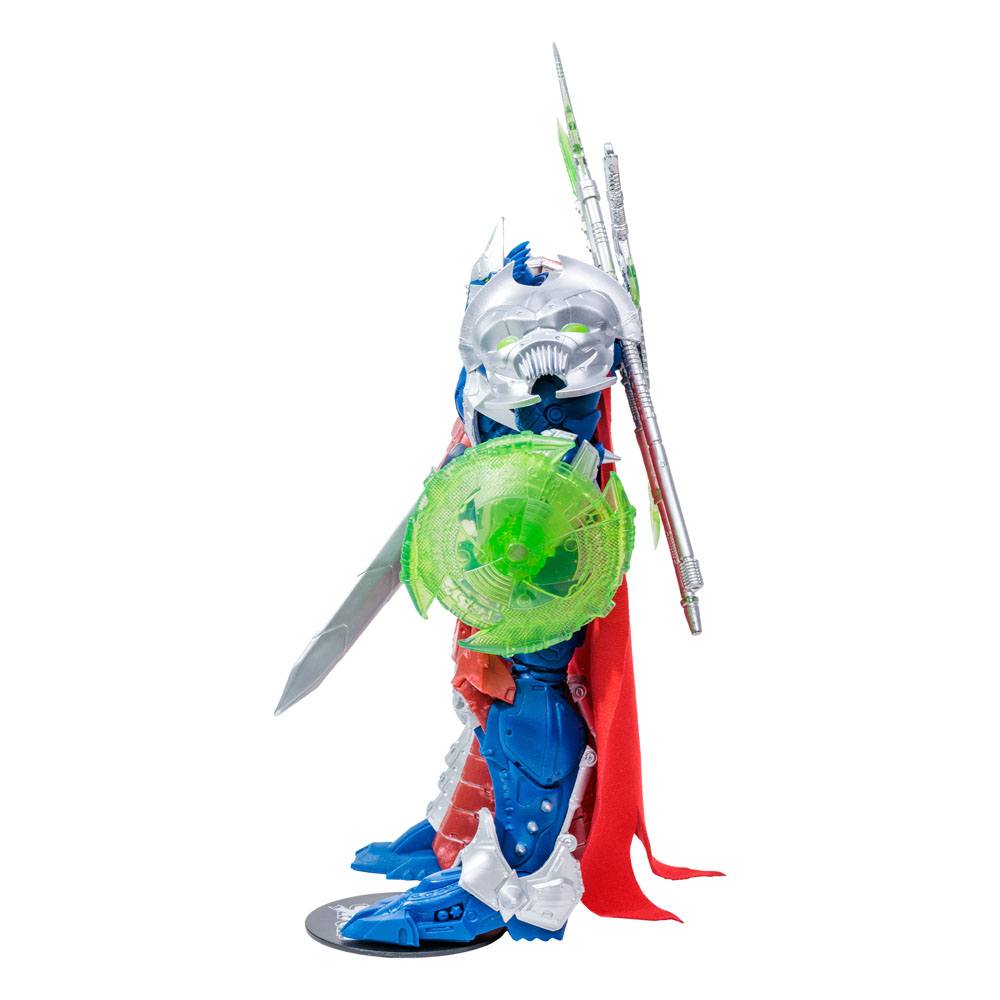 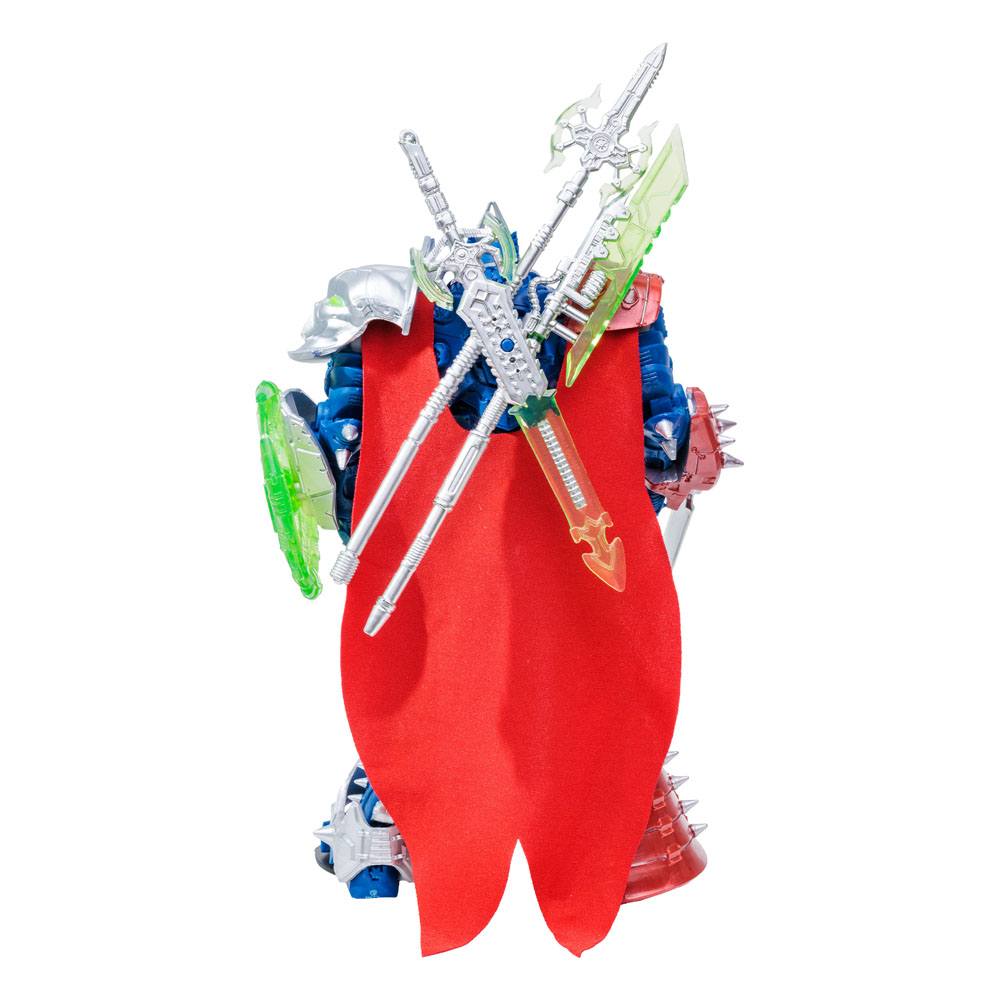 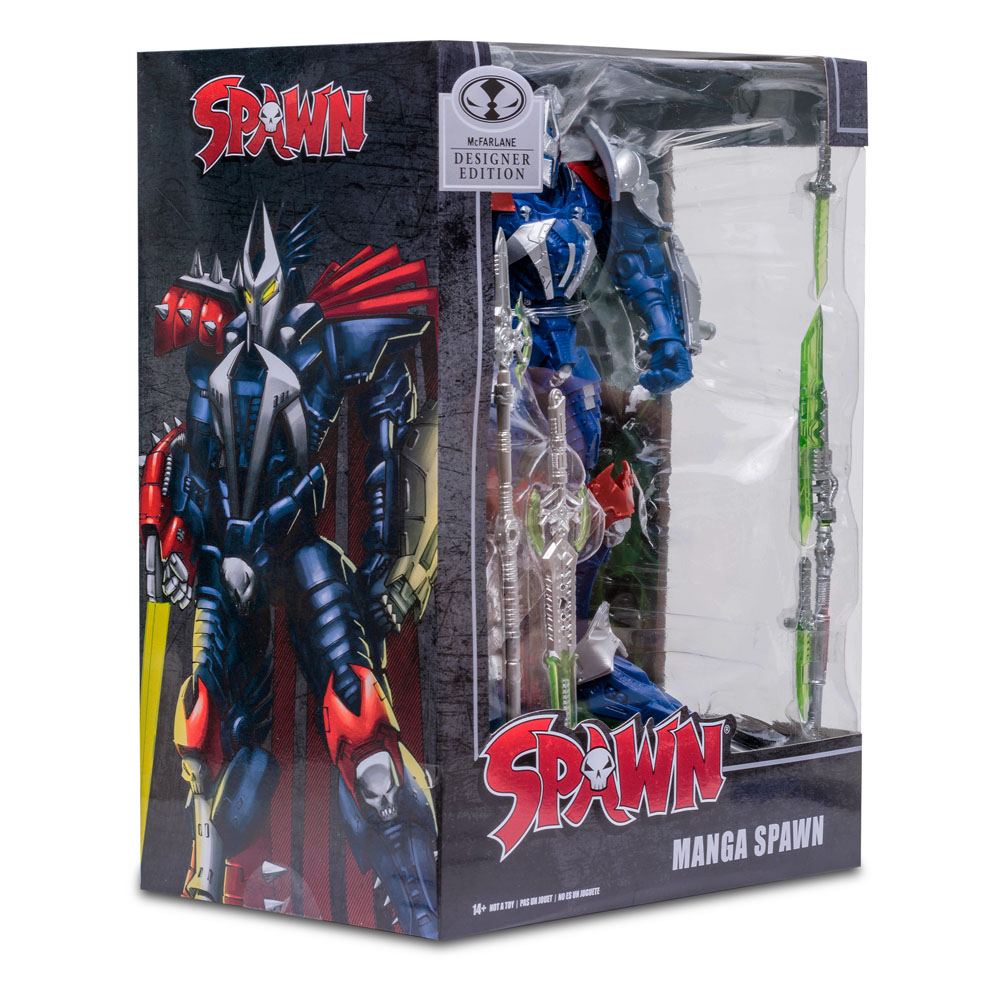 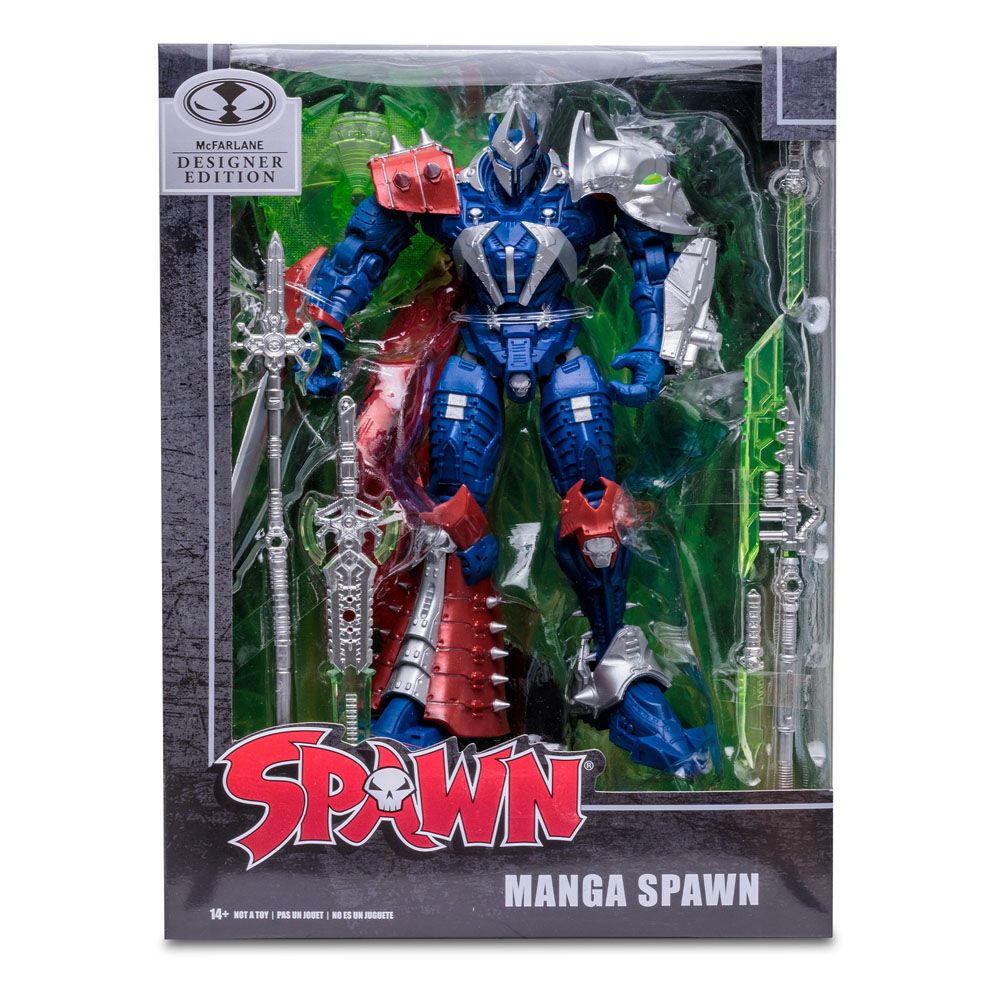 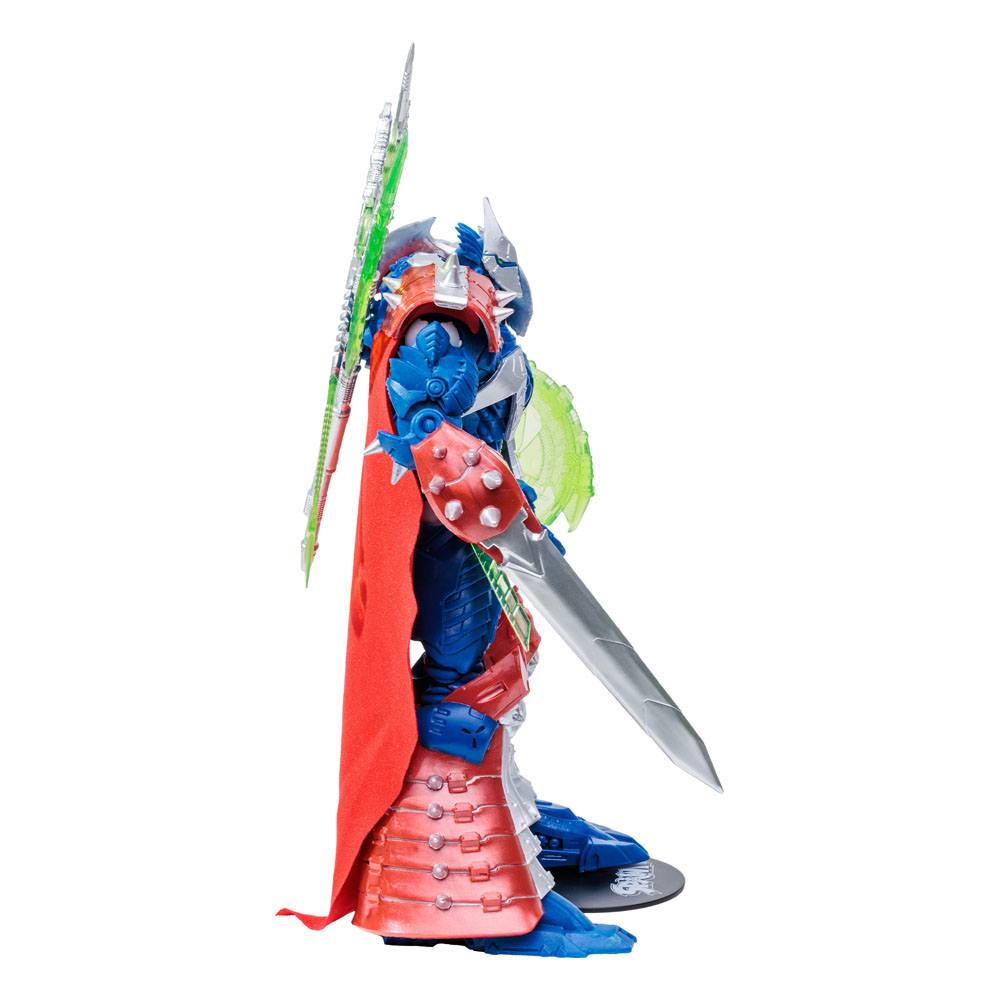 In the alternate universe known as Kuroshio the legacy of Spawn rages war against his manganized enemies from the Temple of Darkness. Manga Spawn, supreme warrior of the Fujiwara, uses his powerful sword and armour to keep the forces of darkness from devouring the world of Kuroshio. McFarlane Designer Edition.

- Megafigs are large figures to match their 7" scale figure counterparts based off Spawn
- Designed with Ultra Articulation with up to 22 moving parts for full range of posing and play
- Manga Spawn comes with a sword, a spear, an axe, an arm blade, a shield, two daggers and a base
- Featured in Spawn themed window boxed packaging
<!-- <div class="row margin-bottom-40">