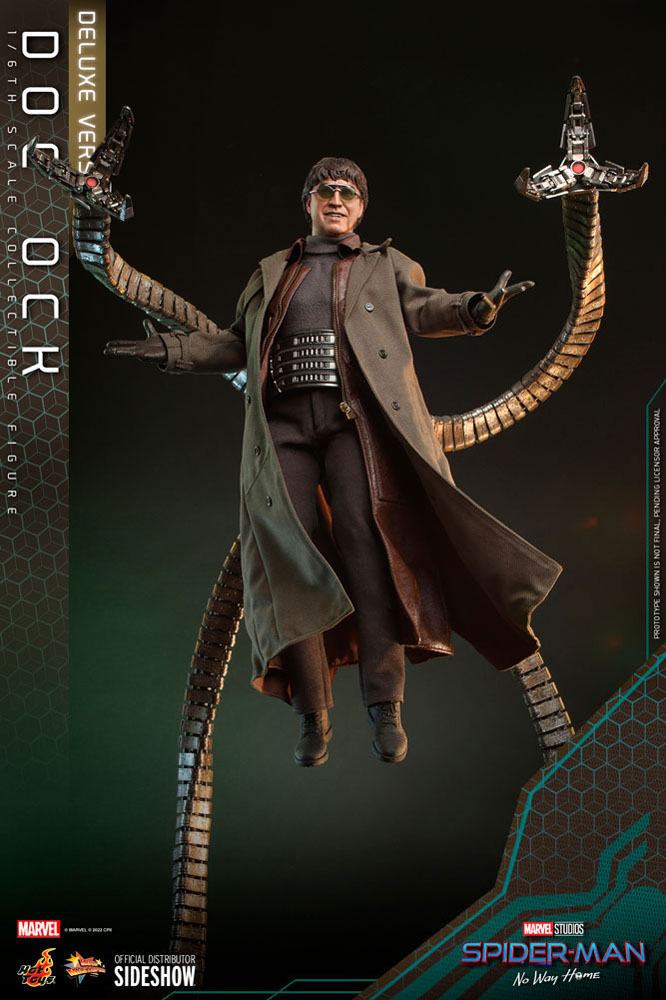 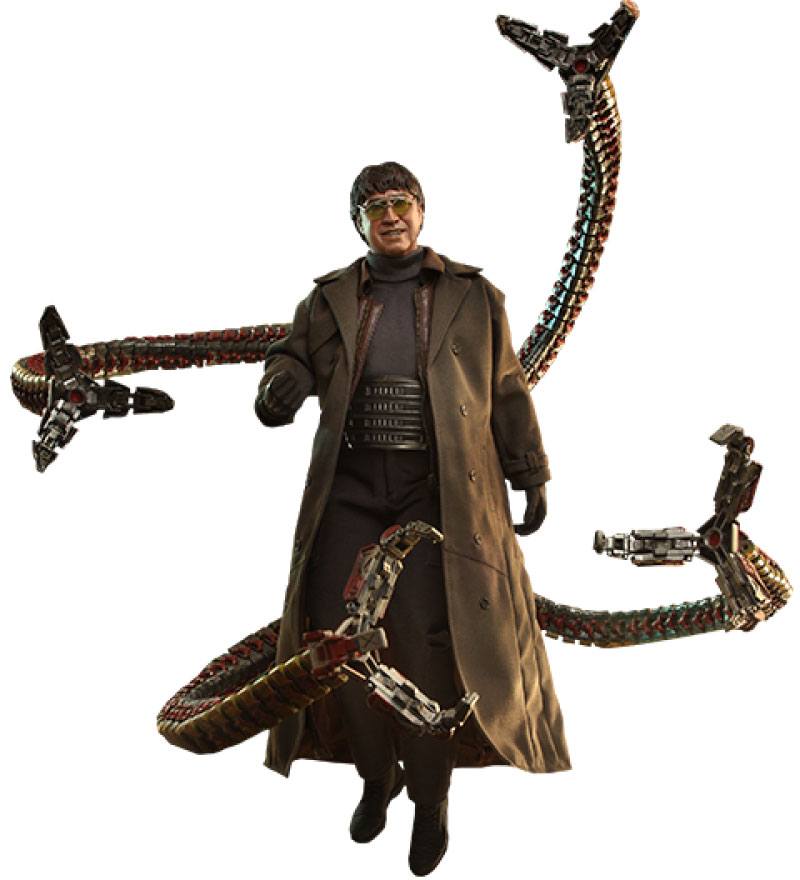 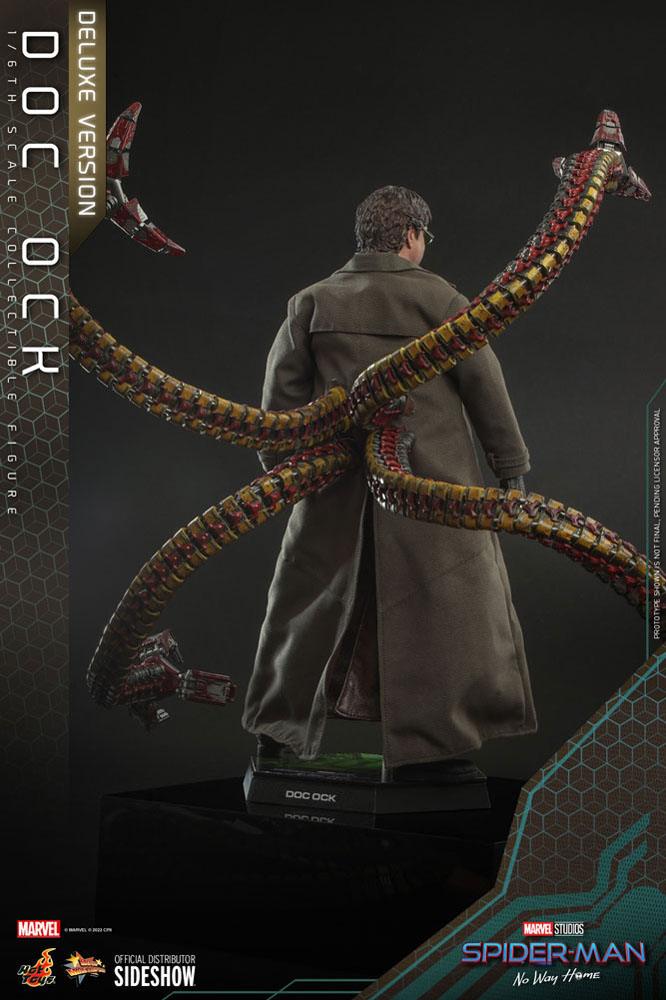 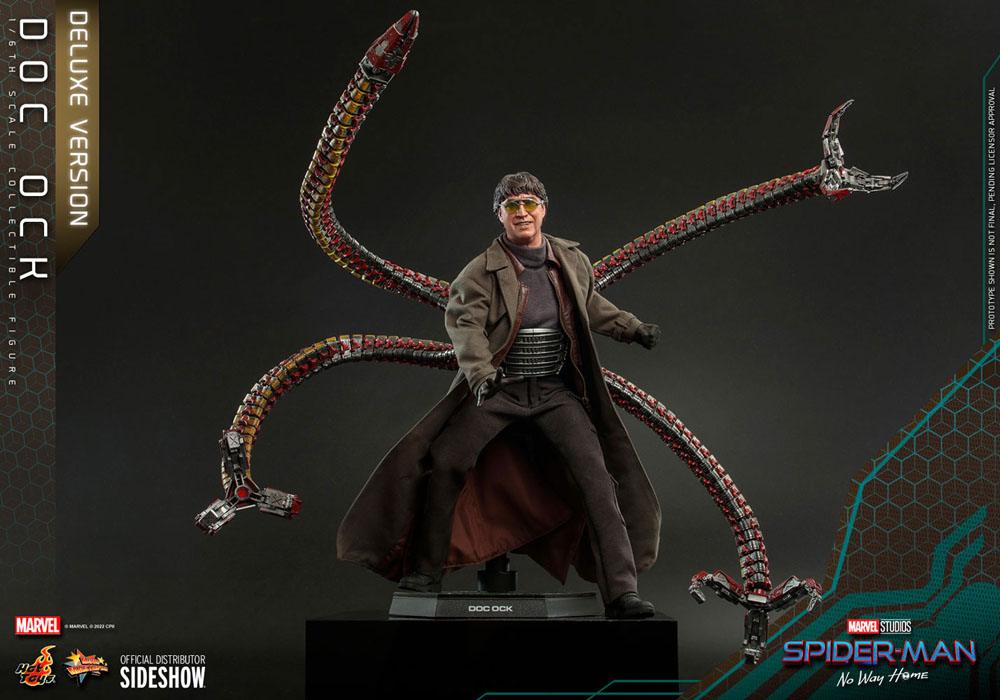 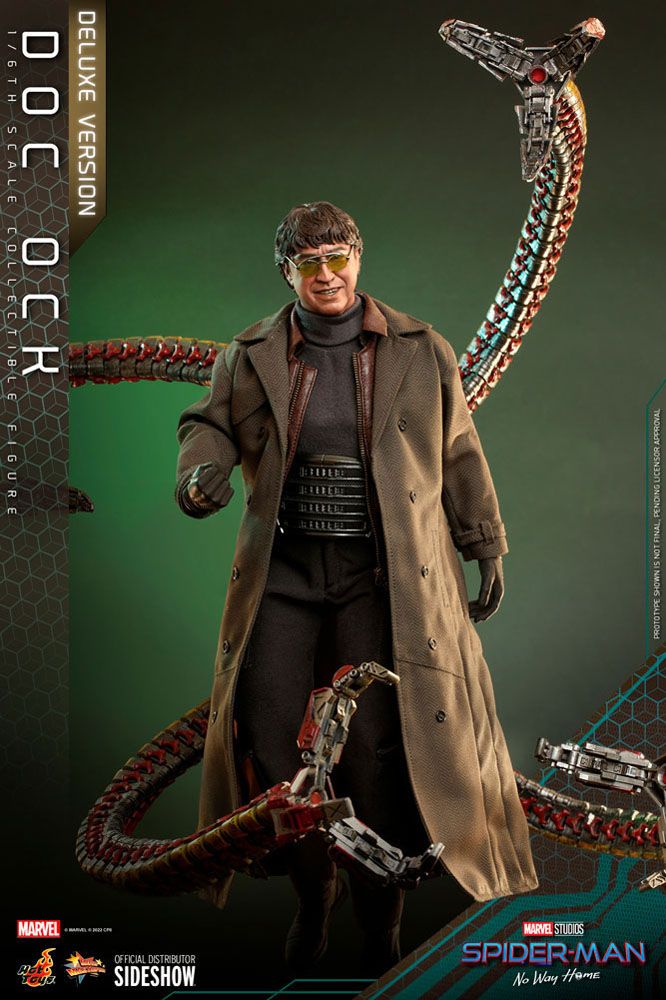 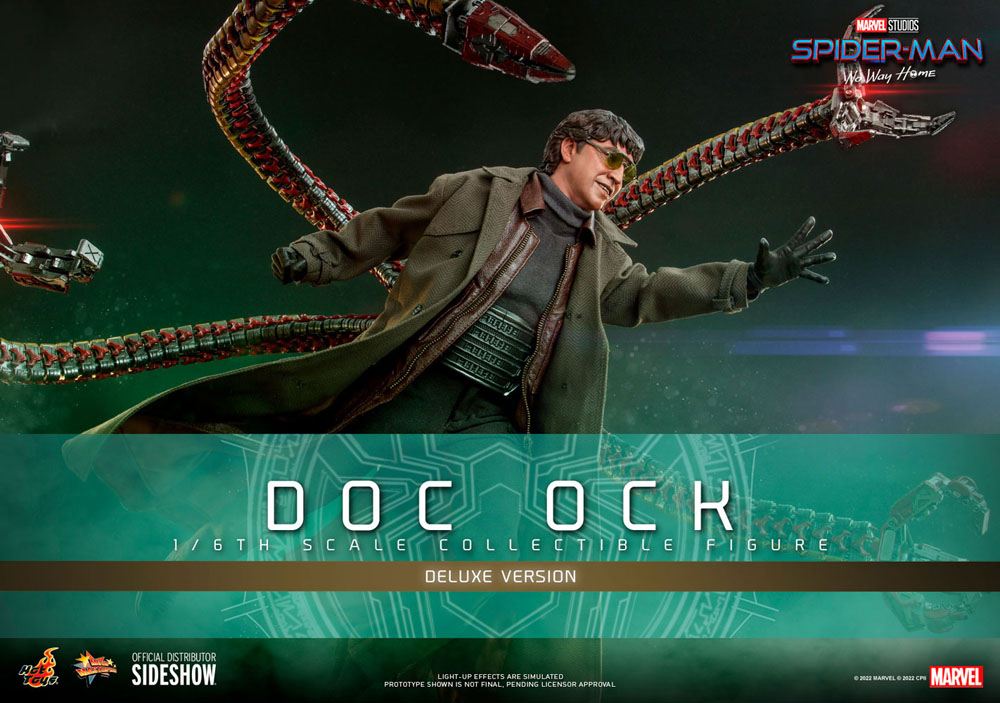 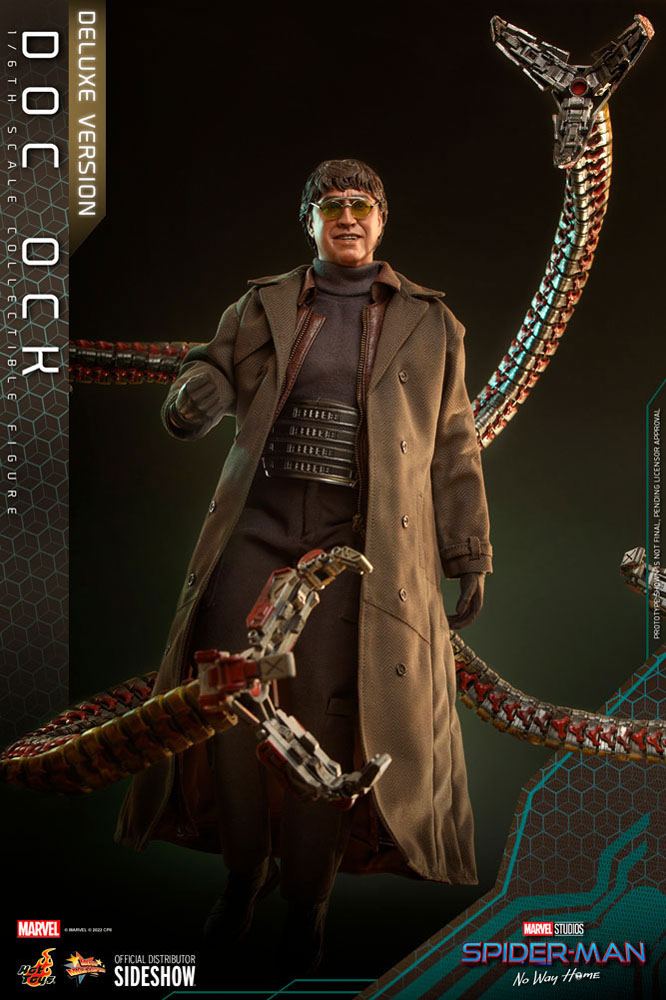 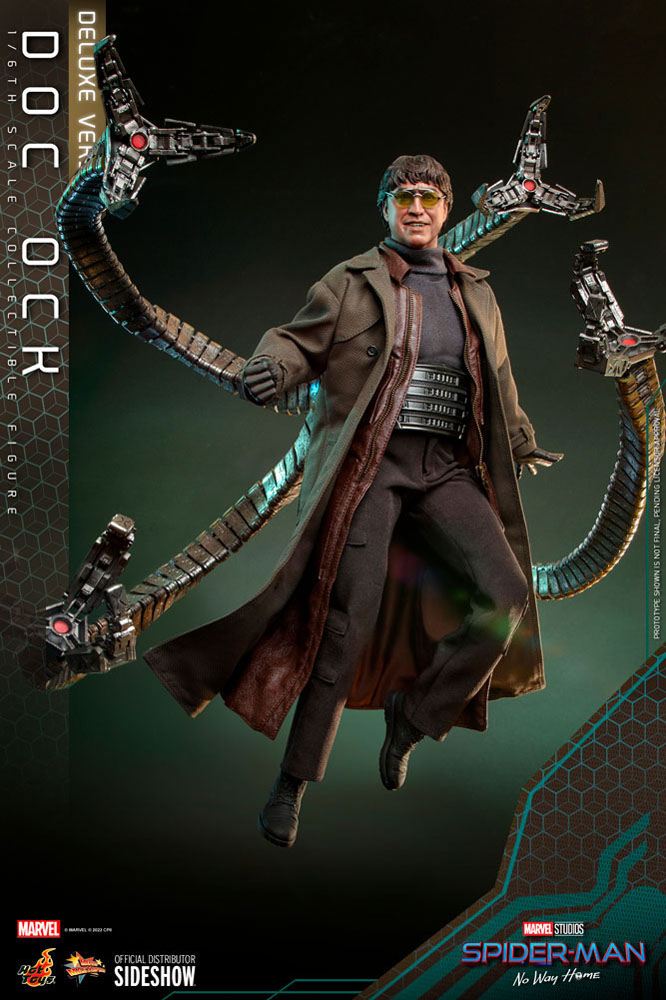 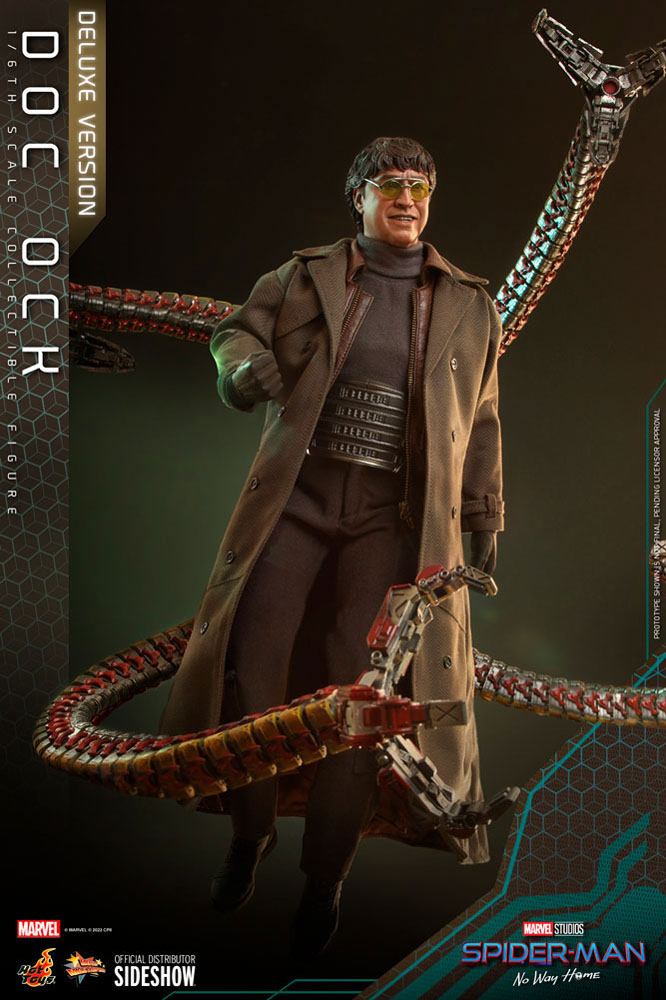 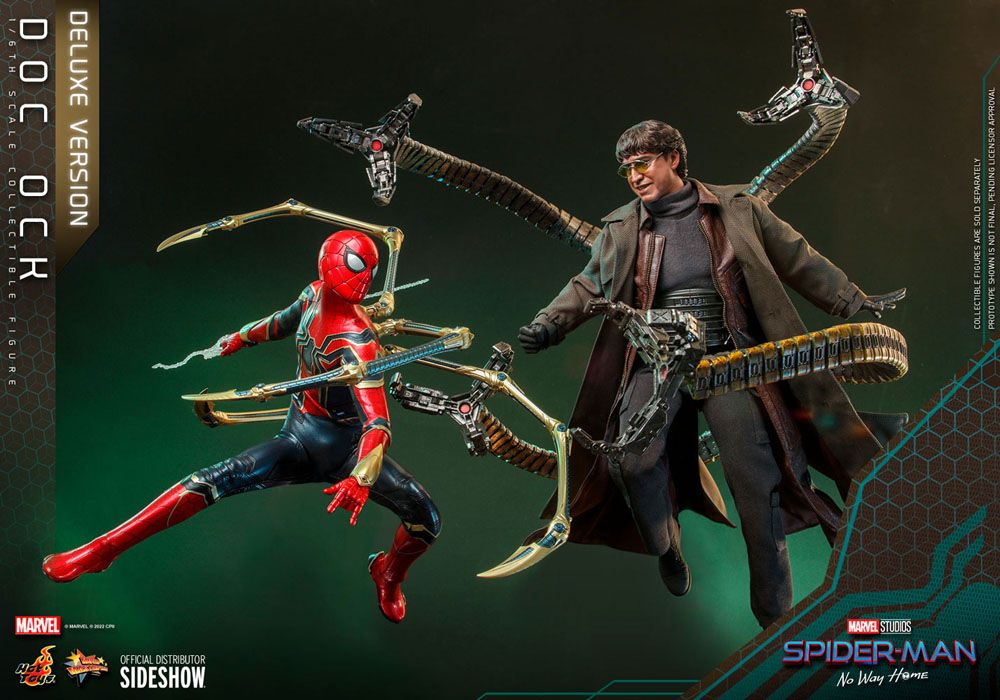 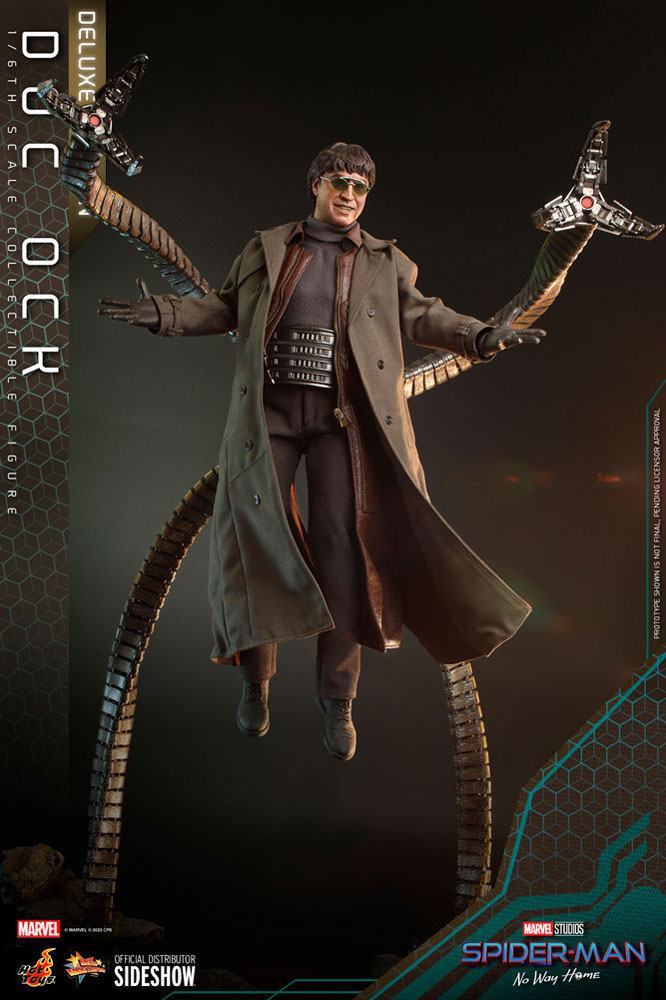 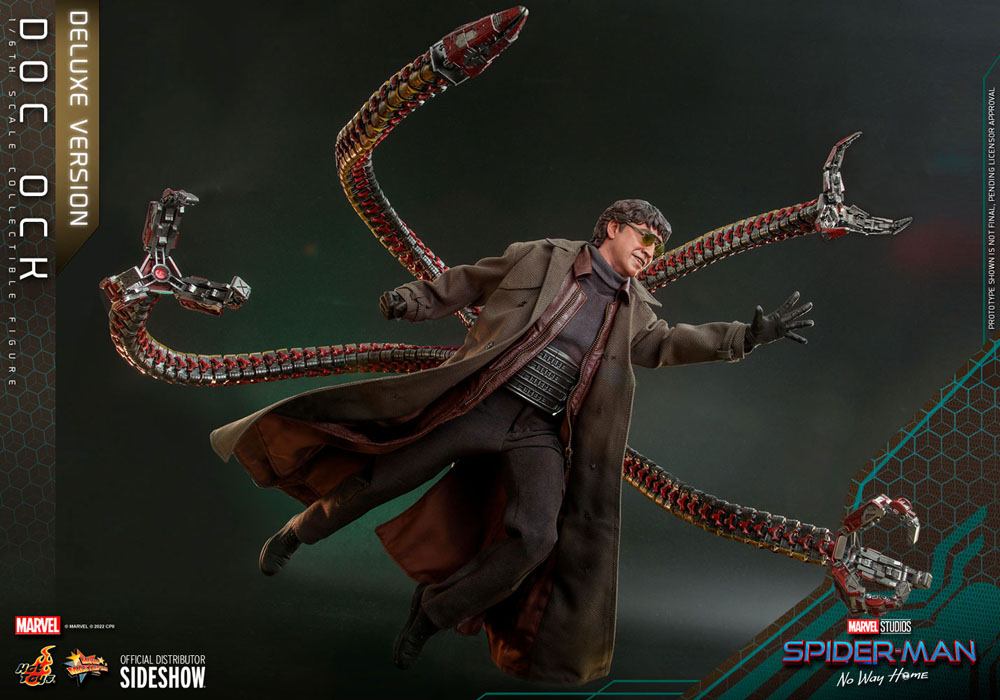 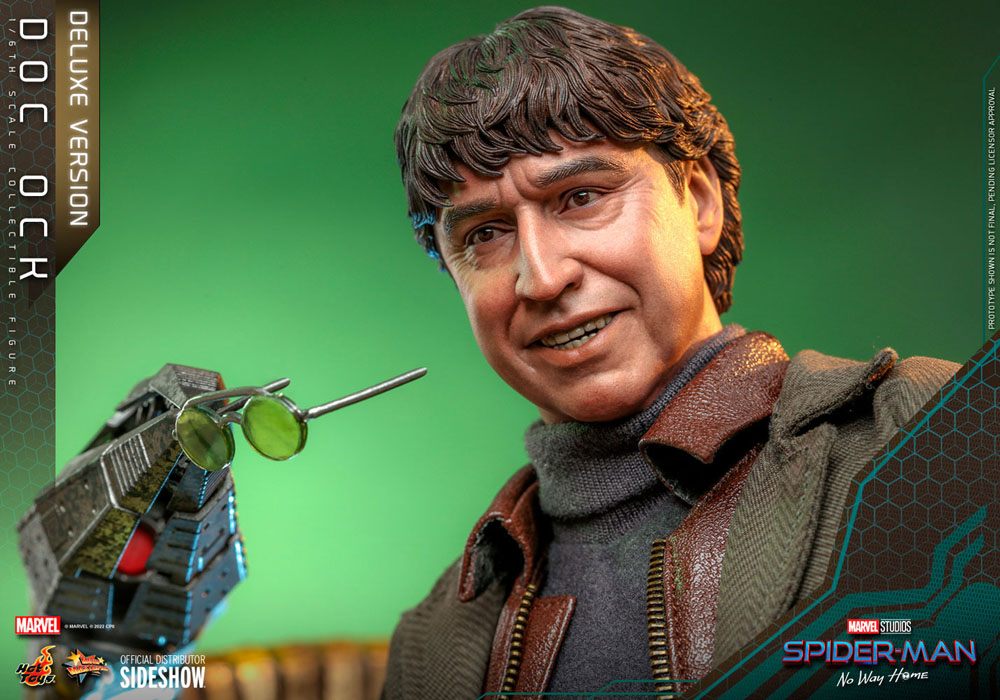 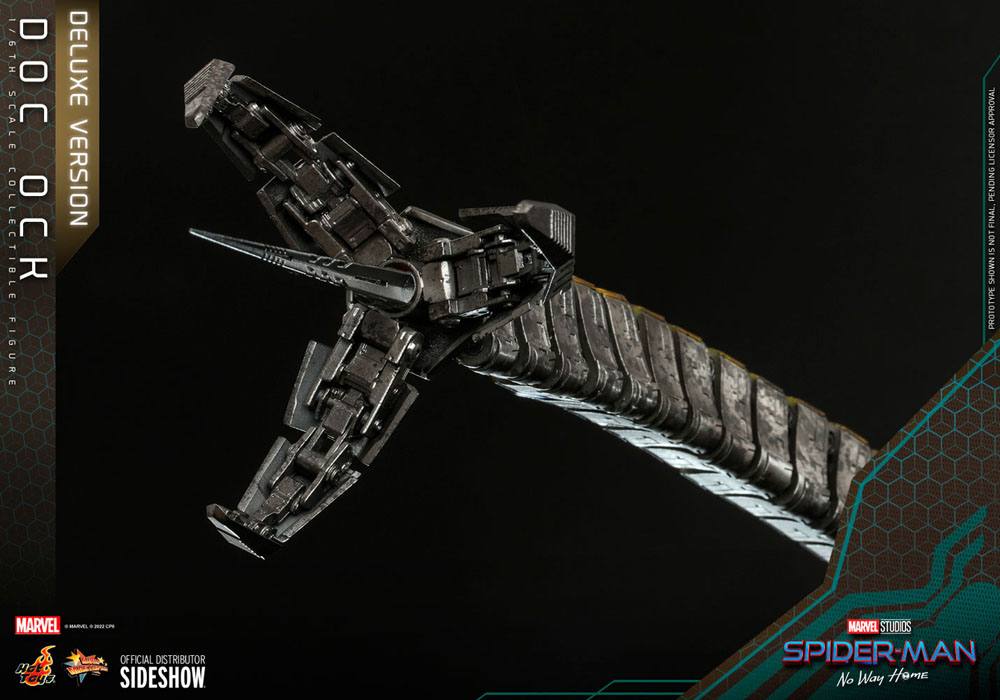 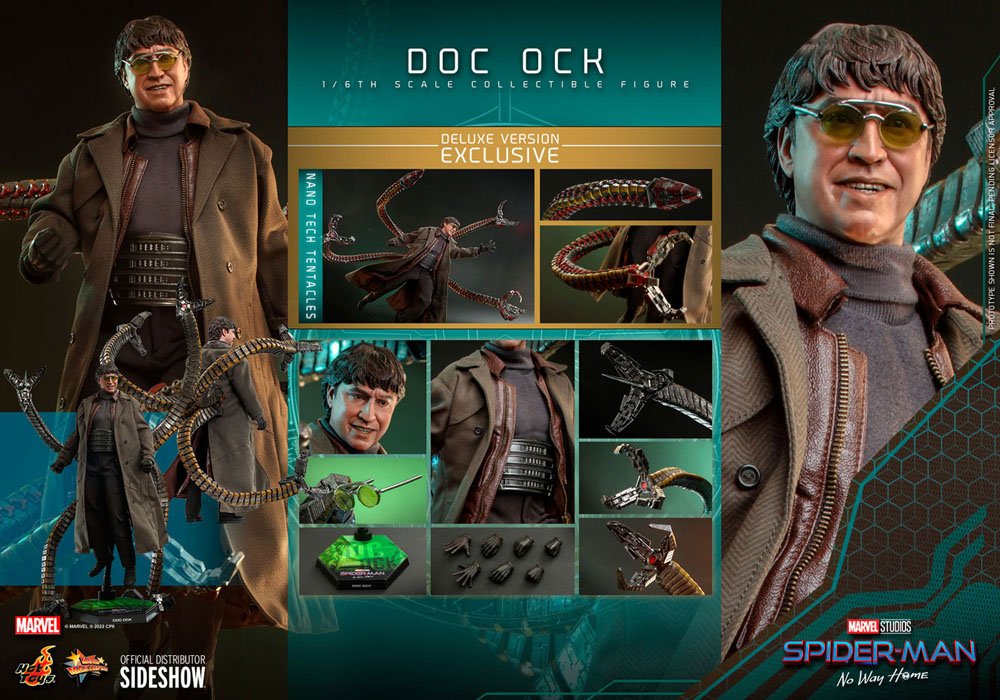 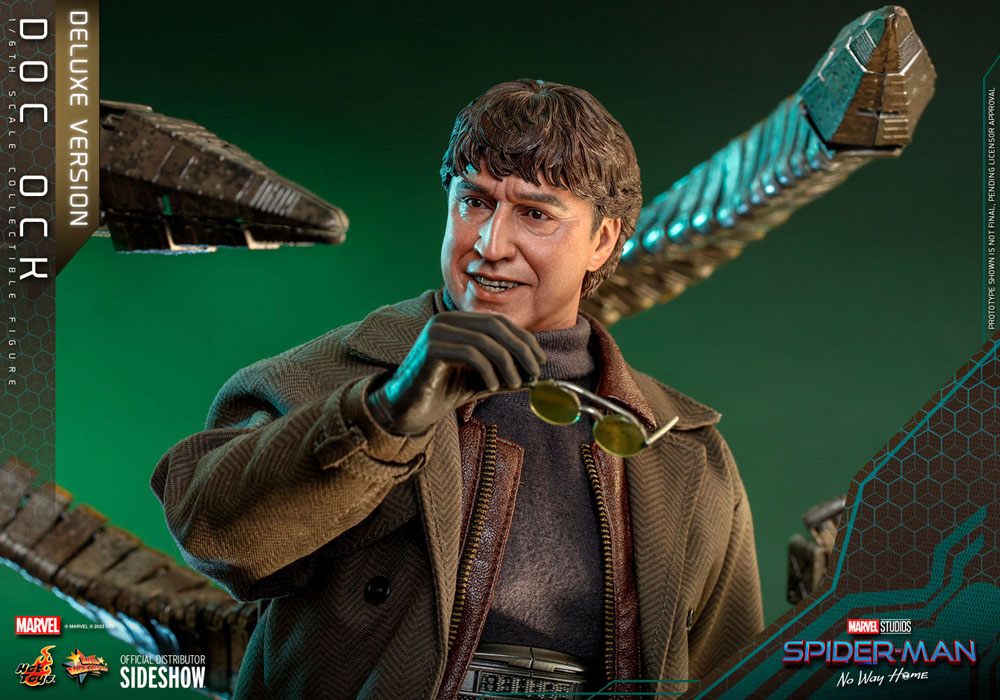 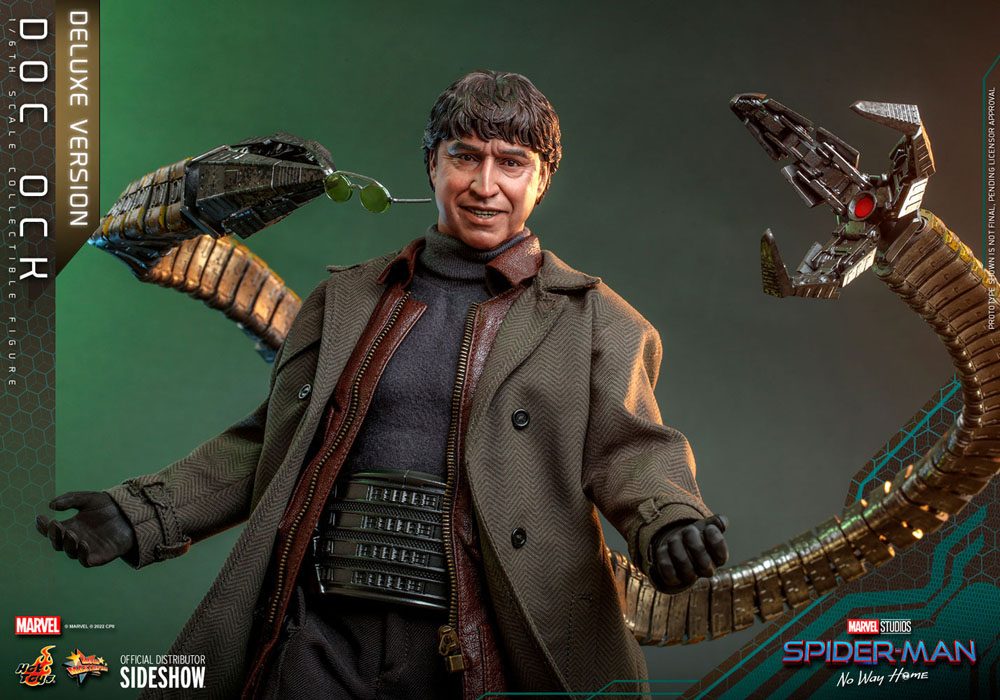 One of the most highly-anticipated returning villains in Spider-Man: No Way Home is none other than the iconic Doctor Octopus, a.k.a. Doc Ock, played by renowned actor Alfred Molina reprising his role from the early Spider-Man movies. Threatening to destroy the city with his generator, Doc Ock has now crossed universes through the interdimensional pathway to attack Spider-Man with his mechanical tentacles.

Receiving even greater popularity after the release of Spider-Man: No Way Home, Sideshow and Hot Toys will officially introduce your favorite villain, now with nano-tech enhanced tentacles, the Doc Ock (Deluxe Version) Sixth Scale Collectible Figure from the Spider-Man collection.

Masterfully crafted based on Doc Ock's appearance in the movie as portrayed by Alfred Molina, the sixth scale figure features a newly developed head sculpt with incredible likeness; perfectly tailored outfit highlighting authentic details on his belt and coat; bendable tentacles extended from his back with articulated claws, capturing his signature weapons and its mechanical design down to the smallest attention; a pair of goggles, a tentacle spear, and dynamic figure stand.

The Deluxe Version will exclusively include four additional nanotech tentacles interchangeable with the original ones to recreate the big fight scene between Peter Parker and Doc Ock in this universe.