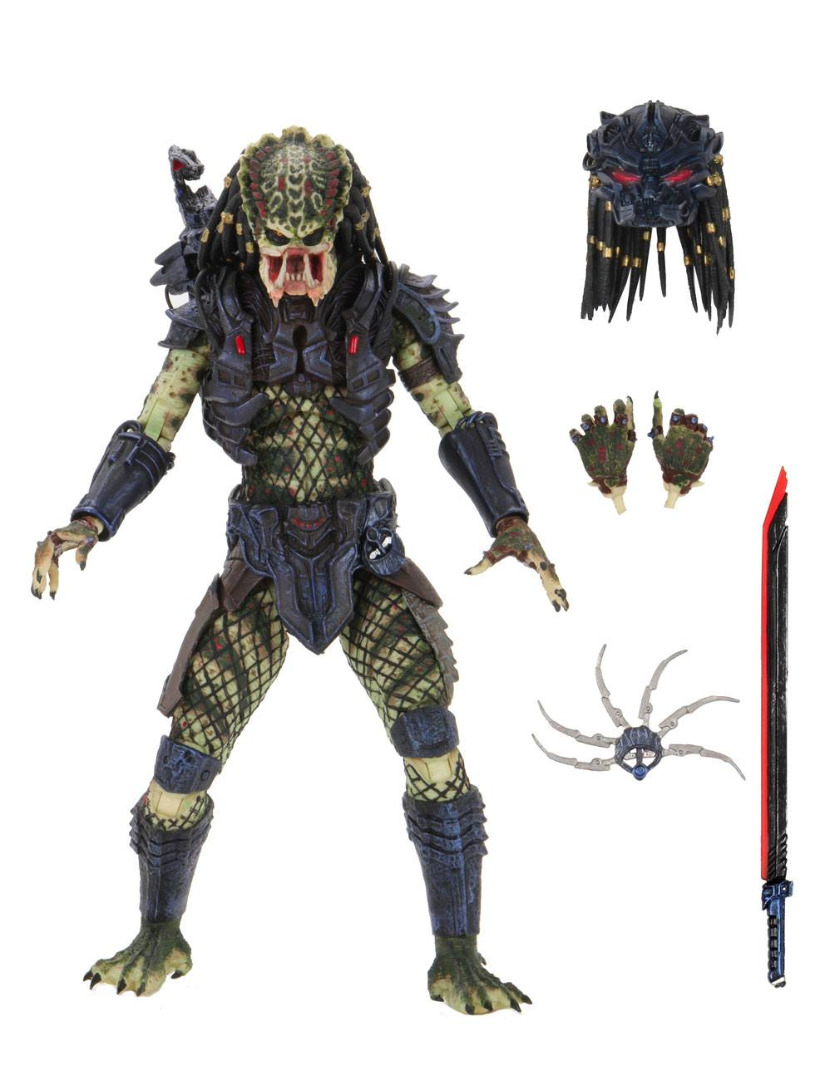 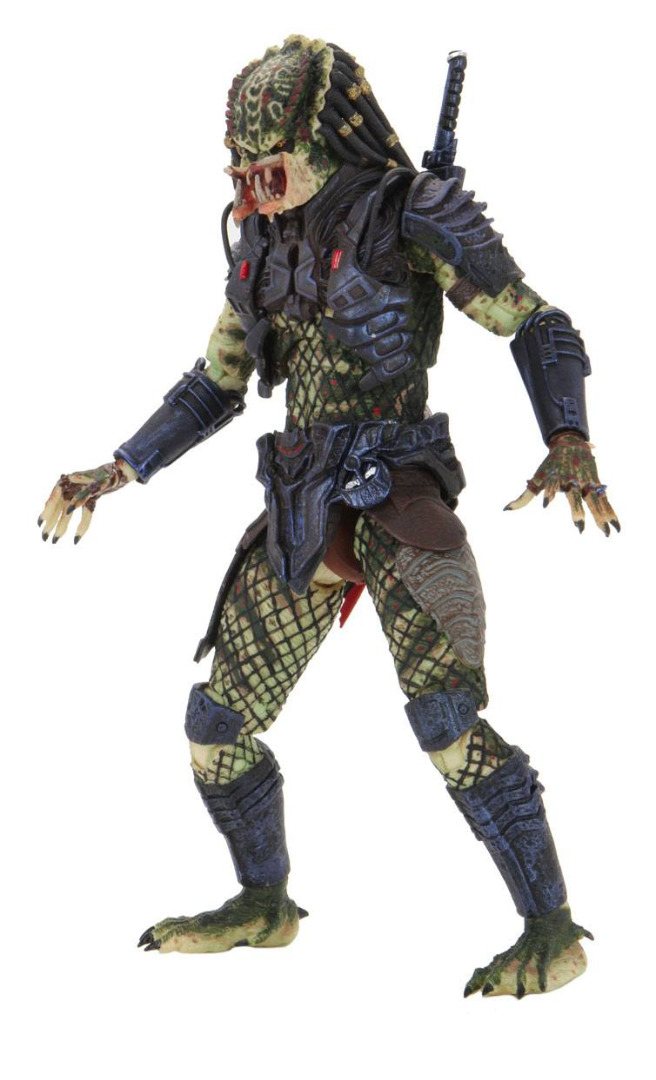 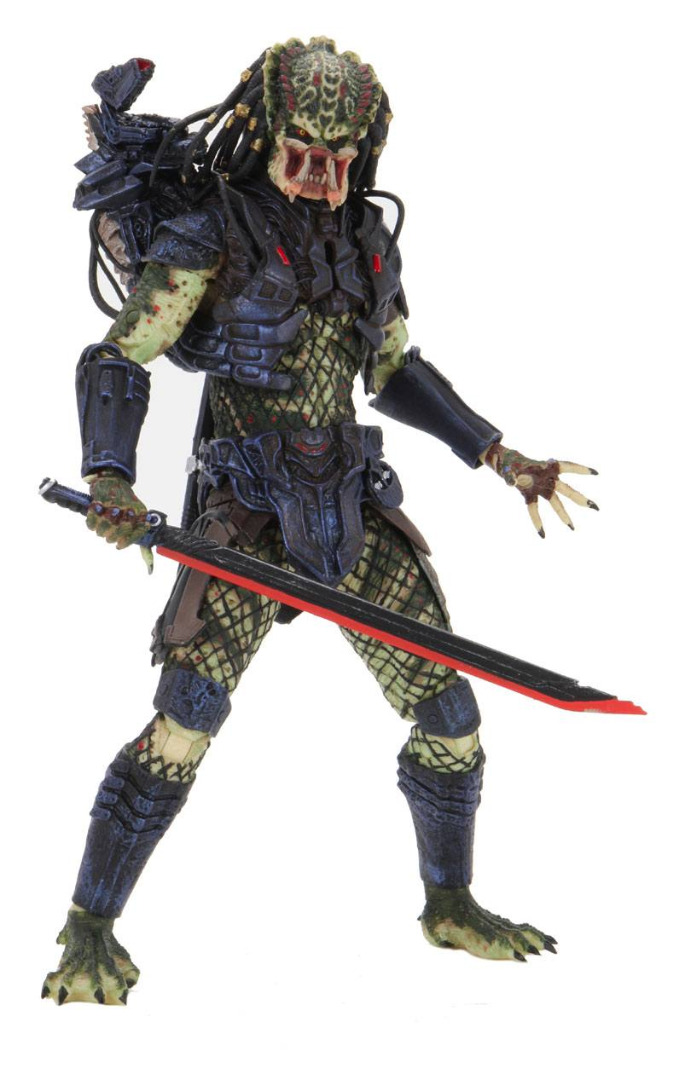 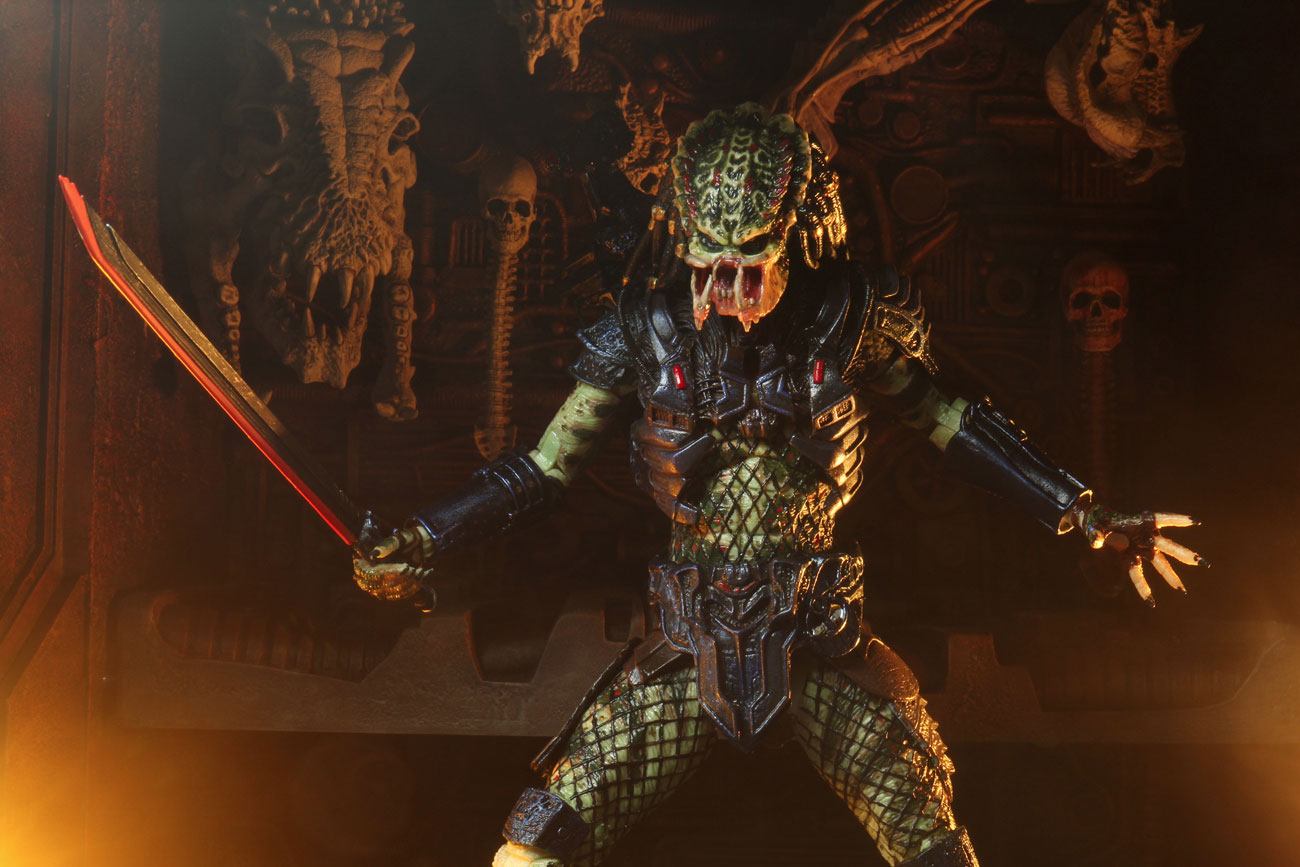 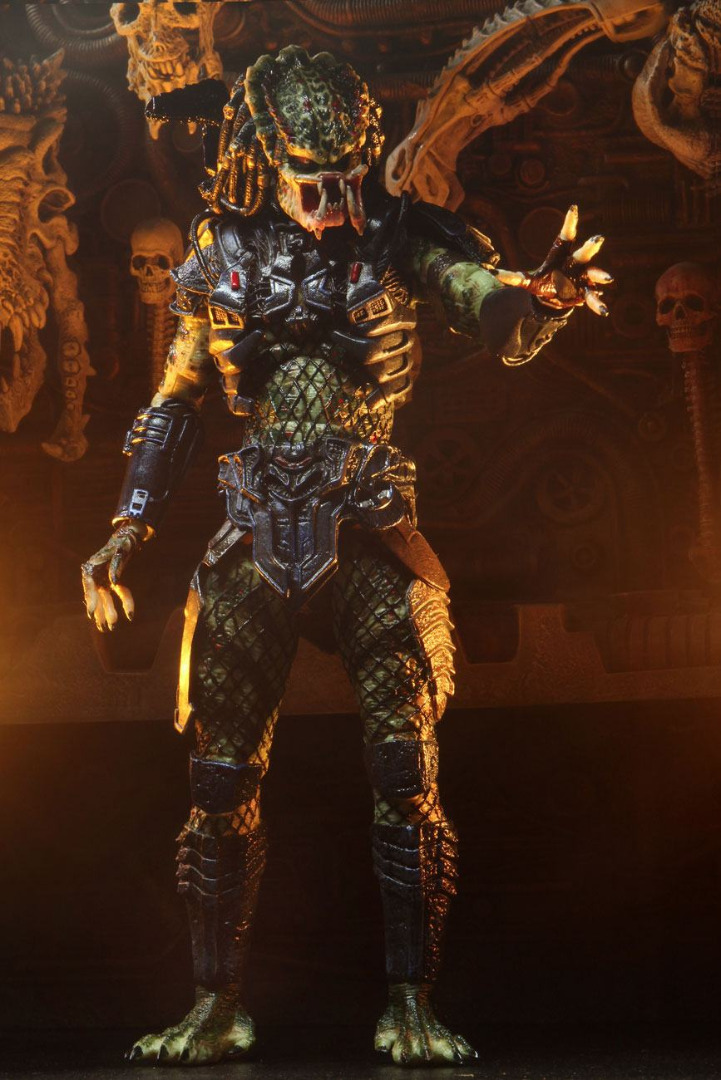 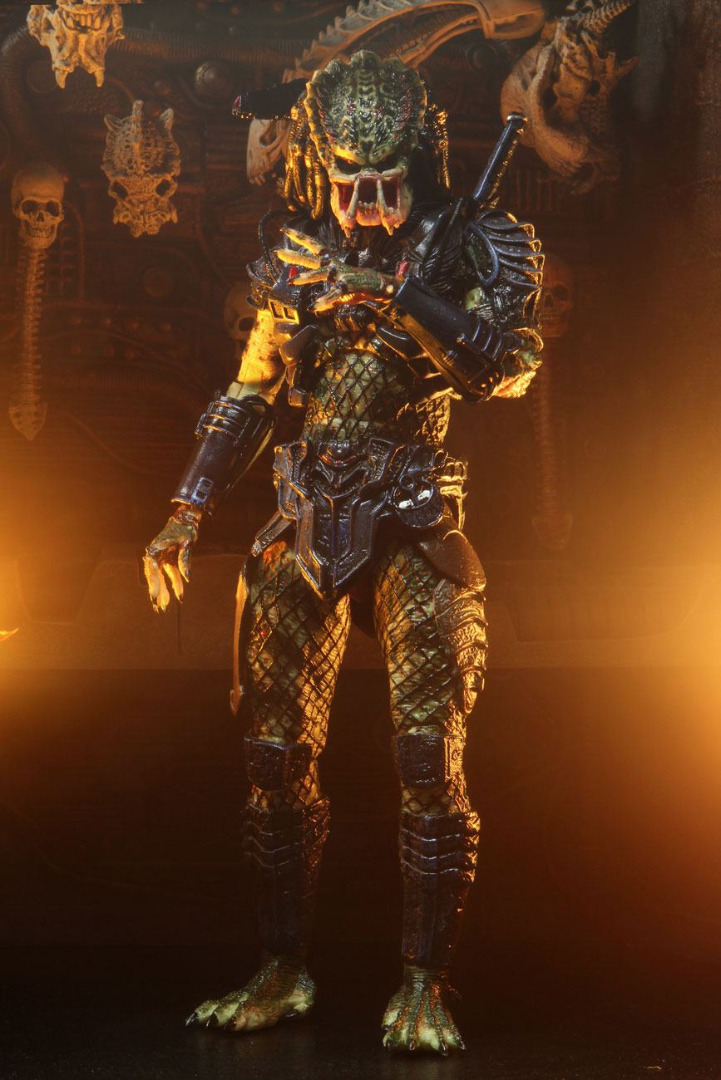 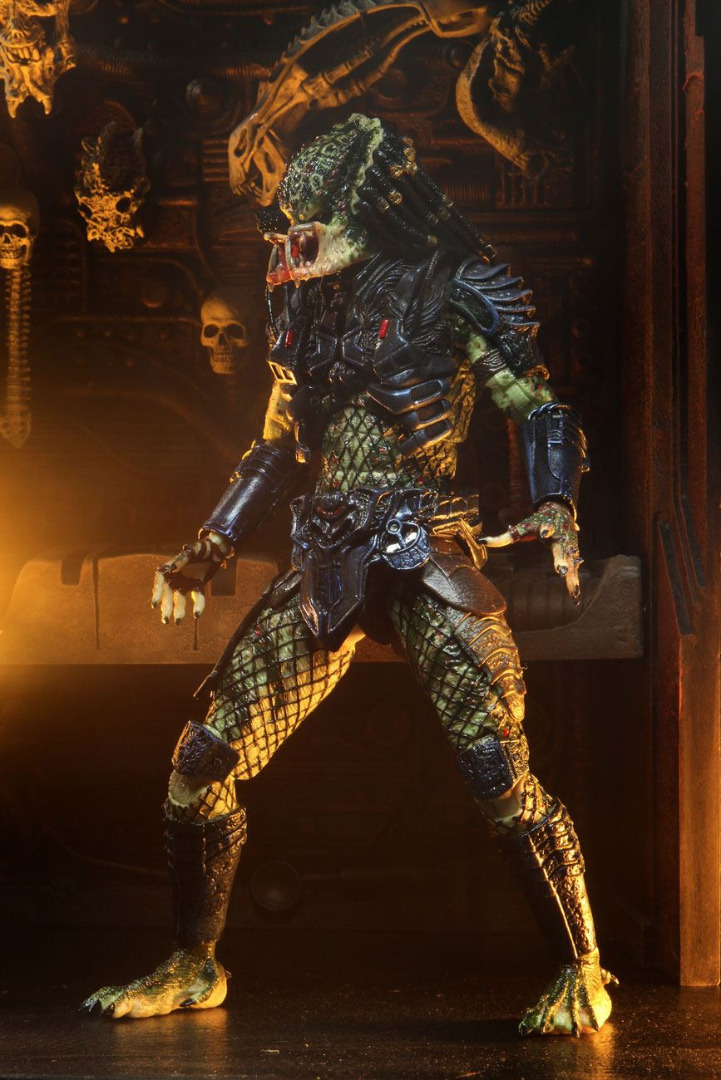 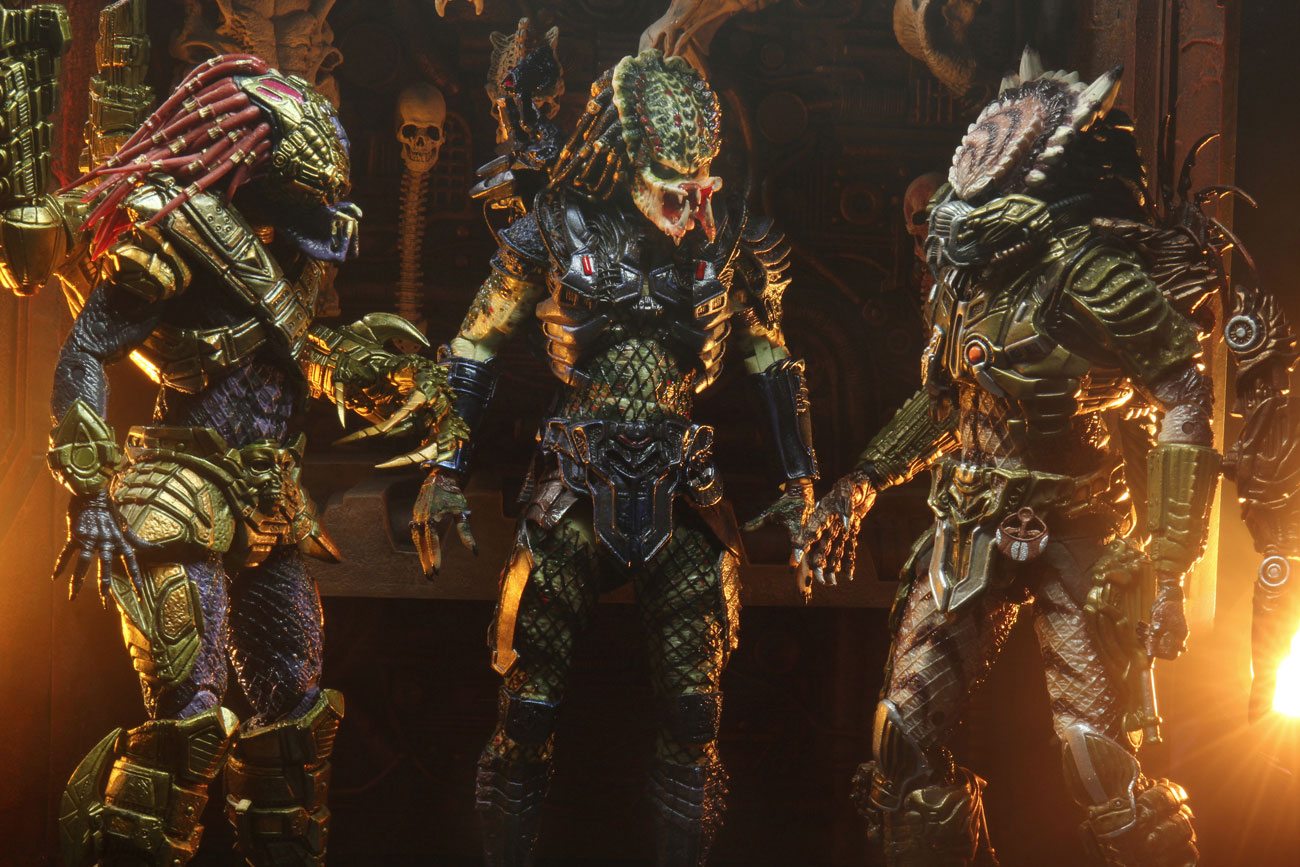 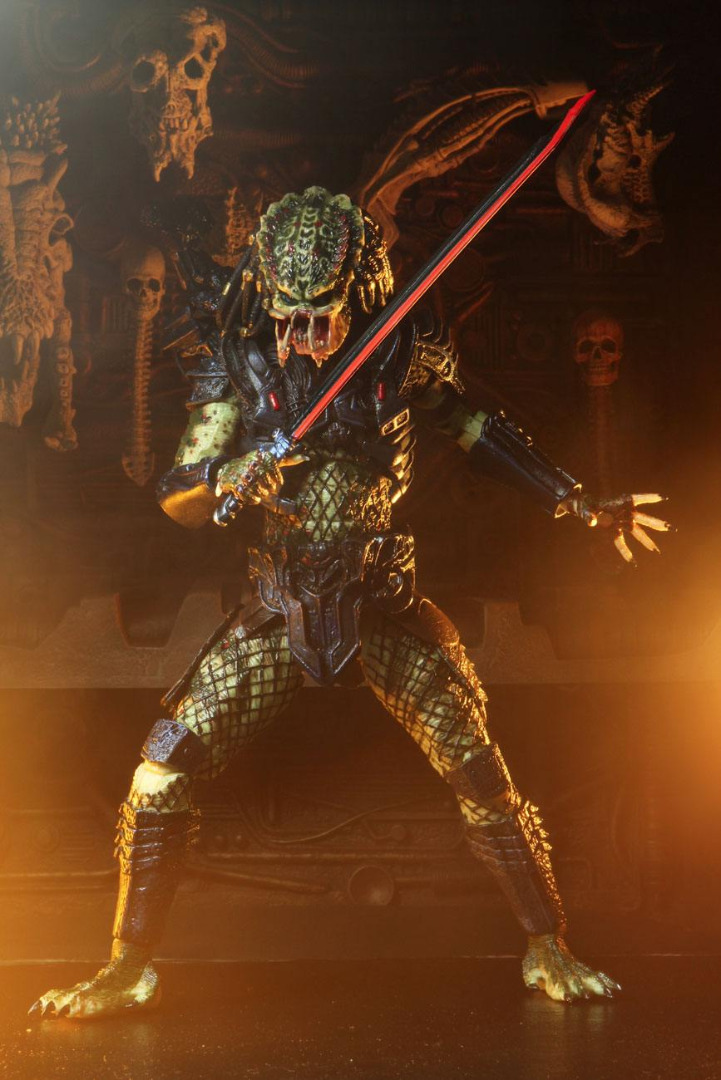 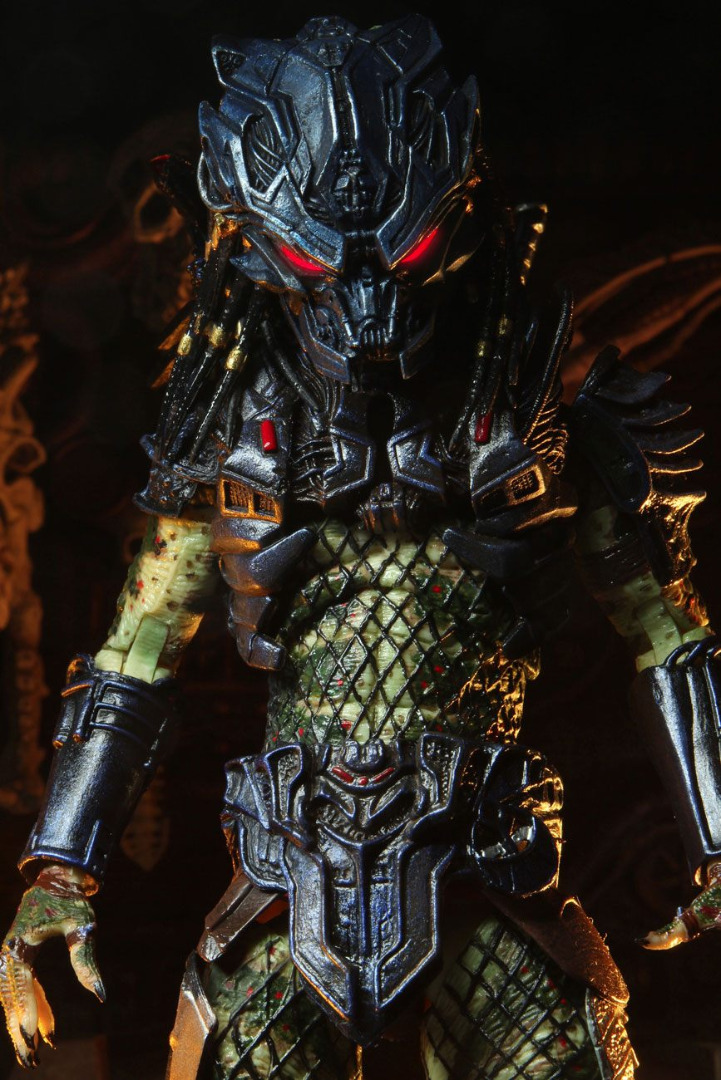 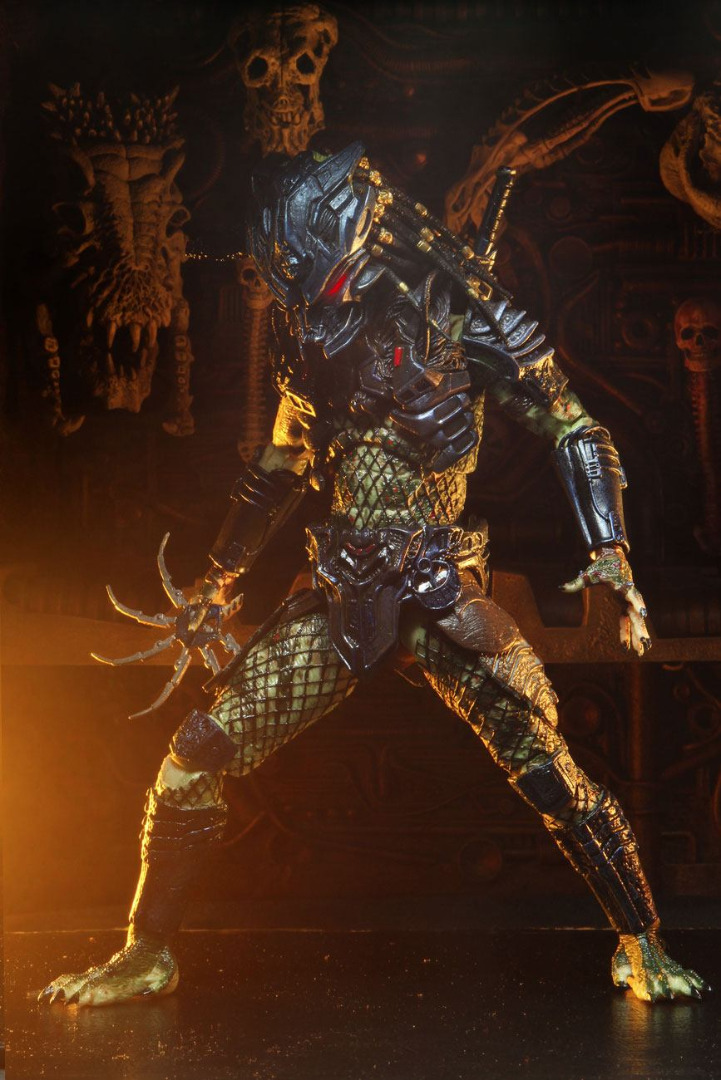 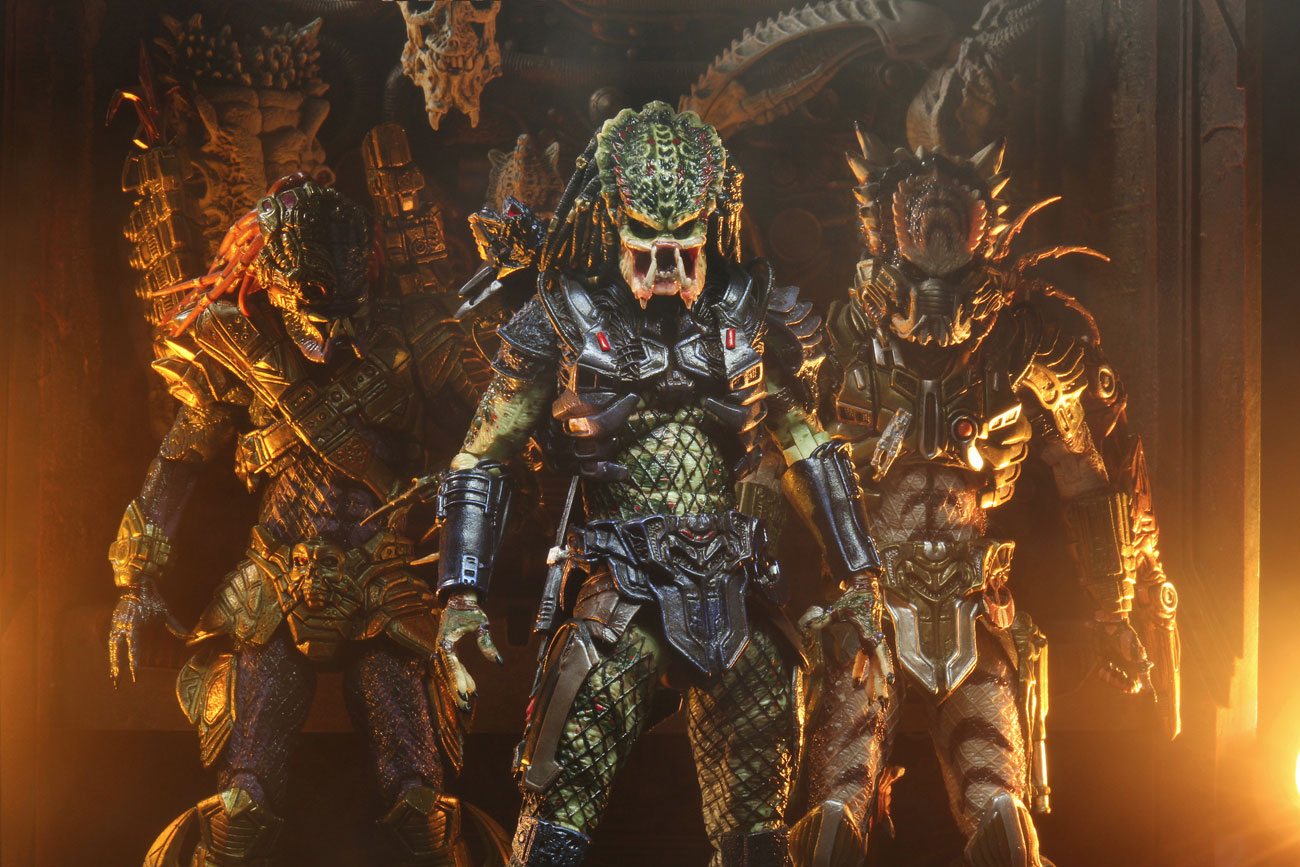 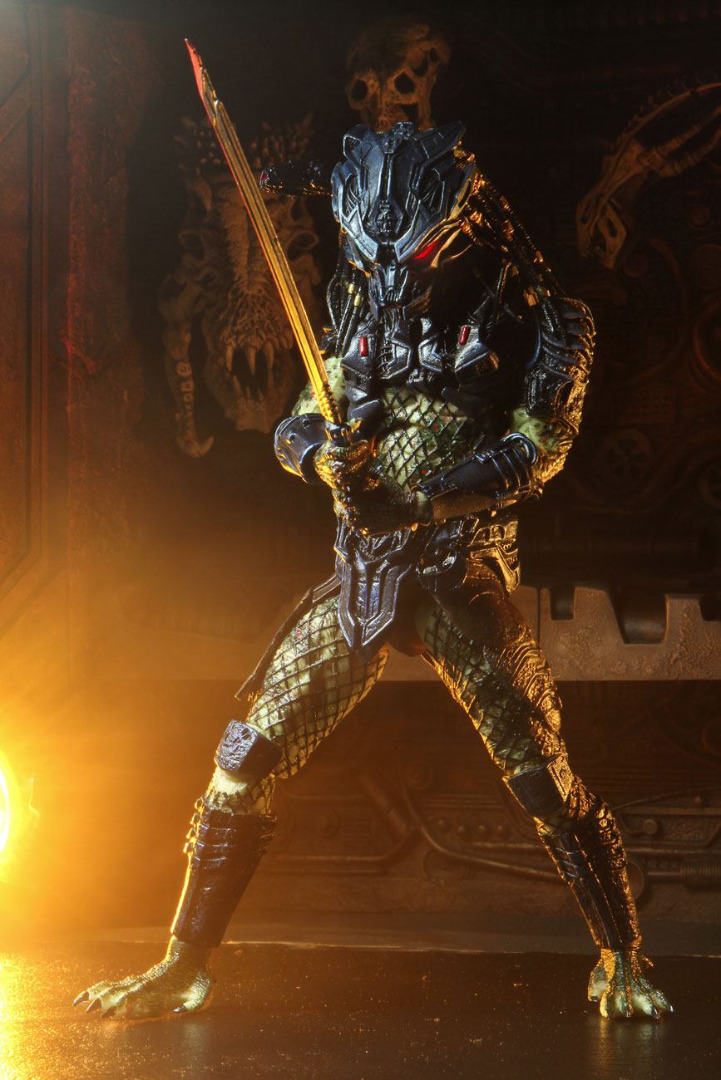 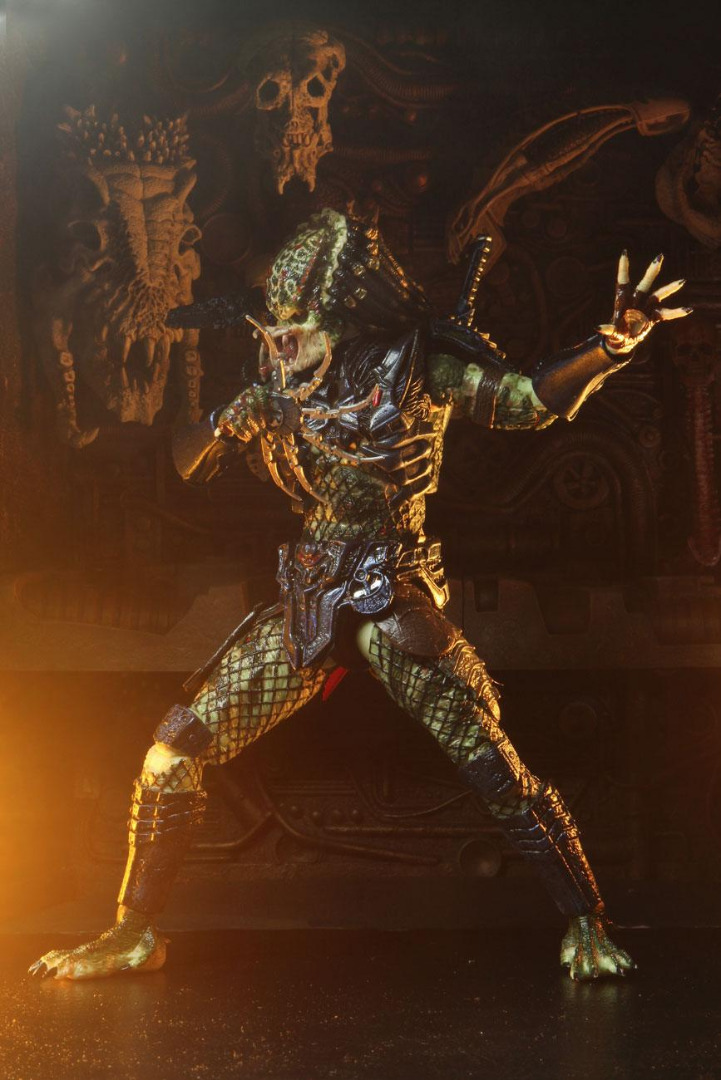 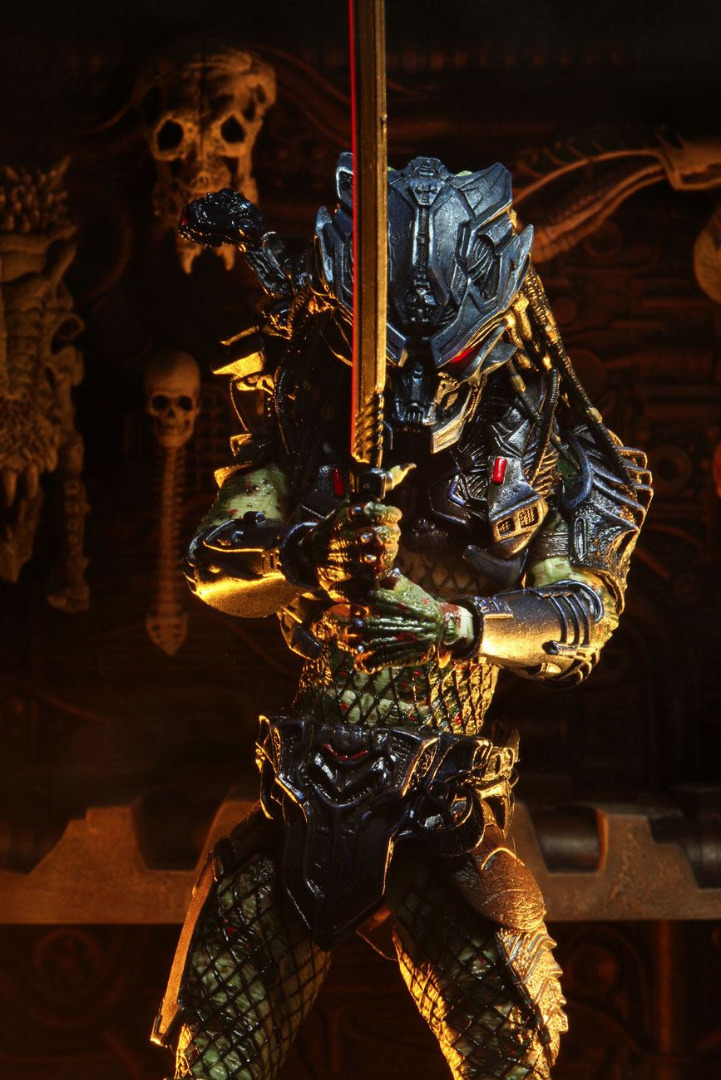 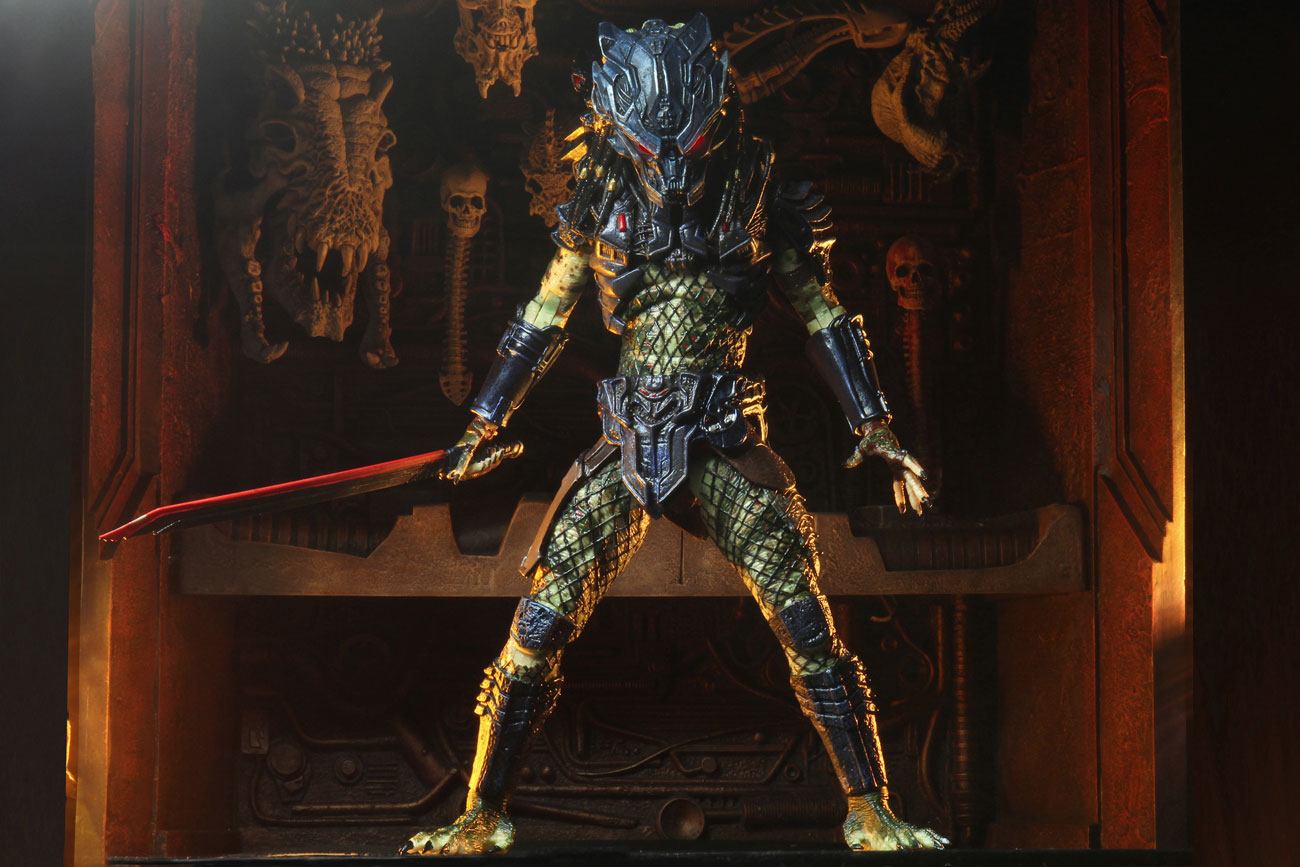 Predator 2 expanded the universe that the original film touched upon, introducing us to new yautja such as the City Hunter and more importantly, the Lost Tribe that appeared at the end of the film.

30 years after its release, NECA is celebrating Predator 2's anniversary with the return of each Lost Tribe Predator in Ultimate form. The Armored Lost Predator is given an upgrade with an all new body loaded with articulation, an assortment of interchangeable hands, and two heads, one of which is a masked head with a functioning red LED. Other accessories include a sword and shuriken.