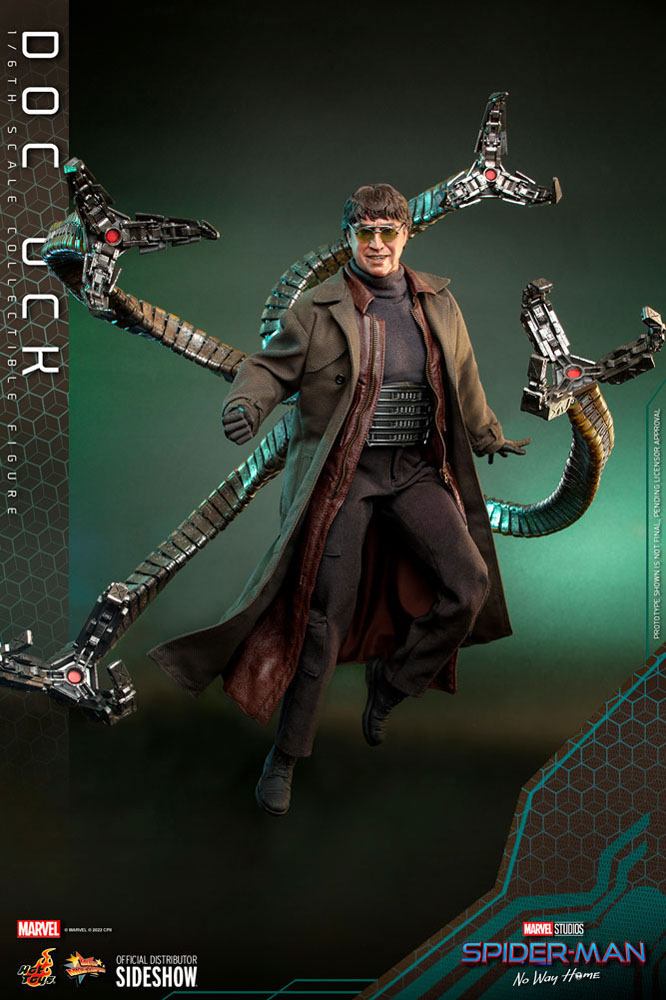 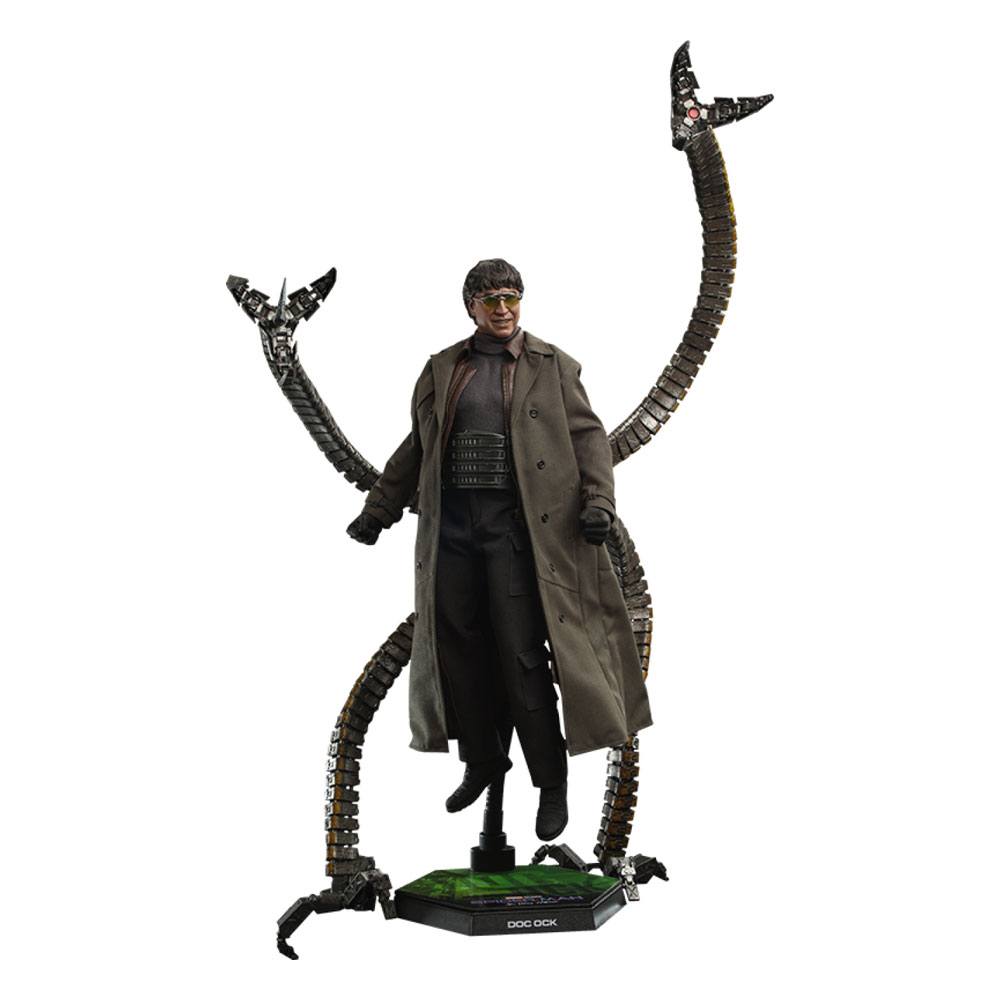 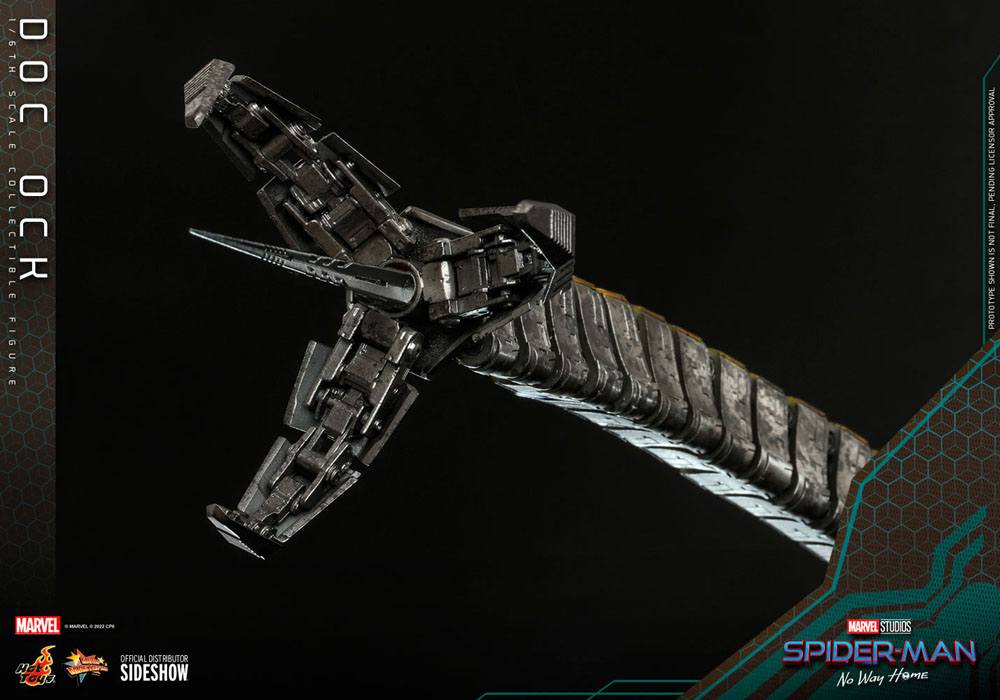 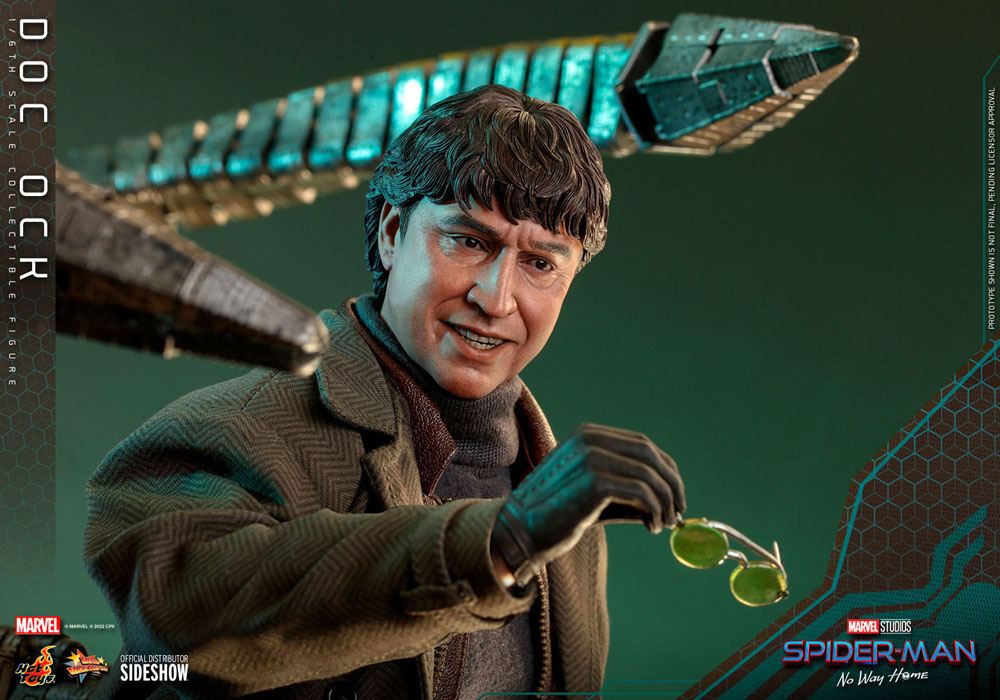 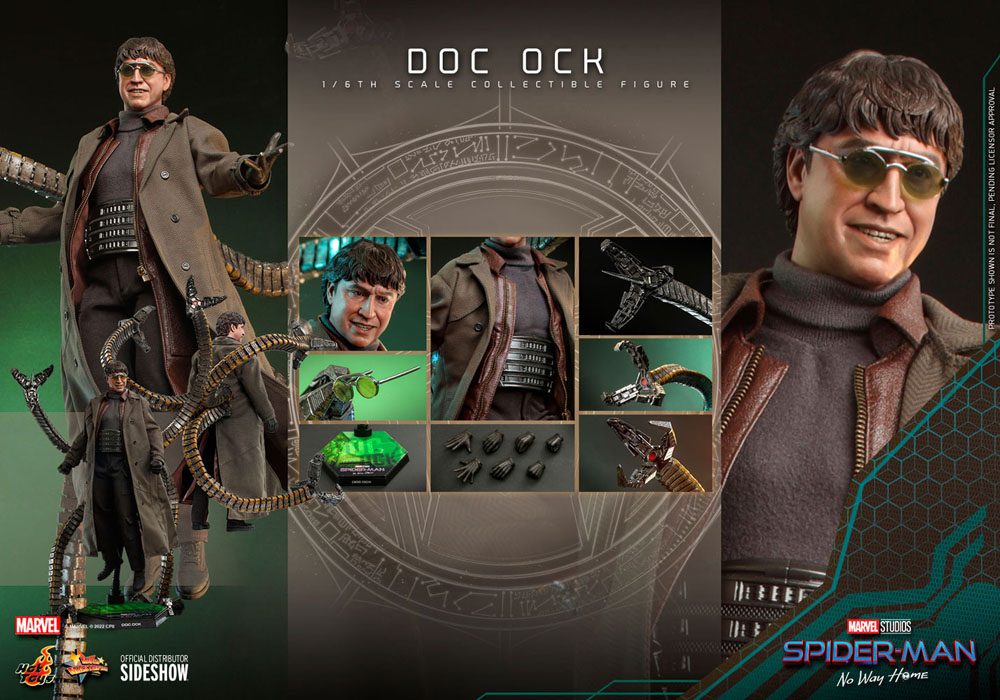 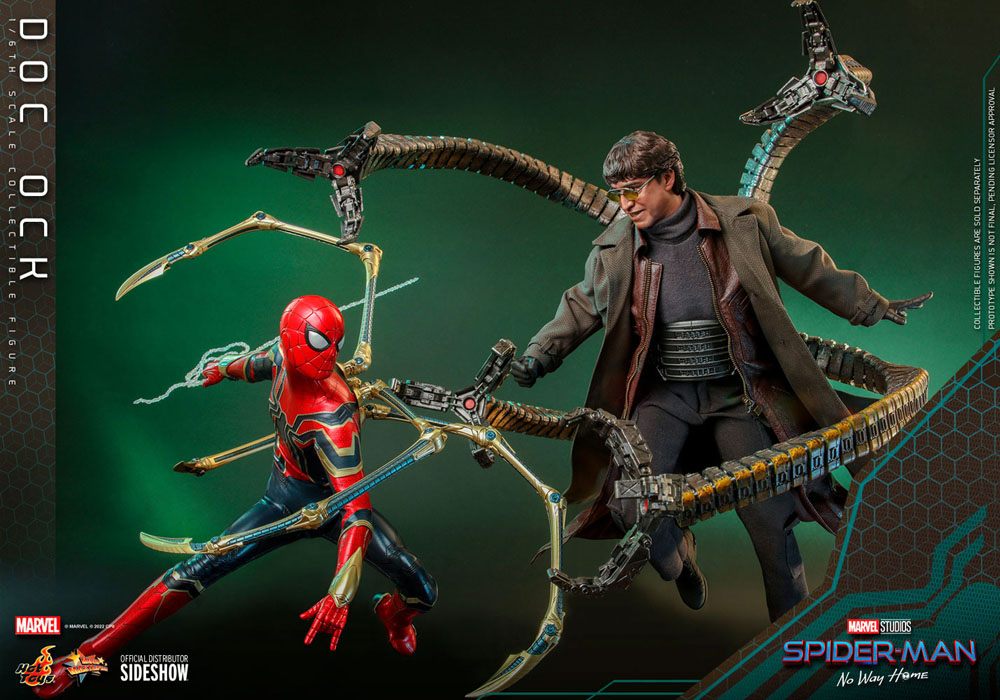 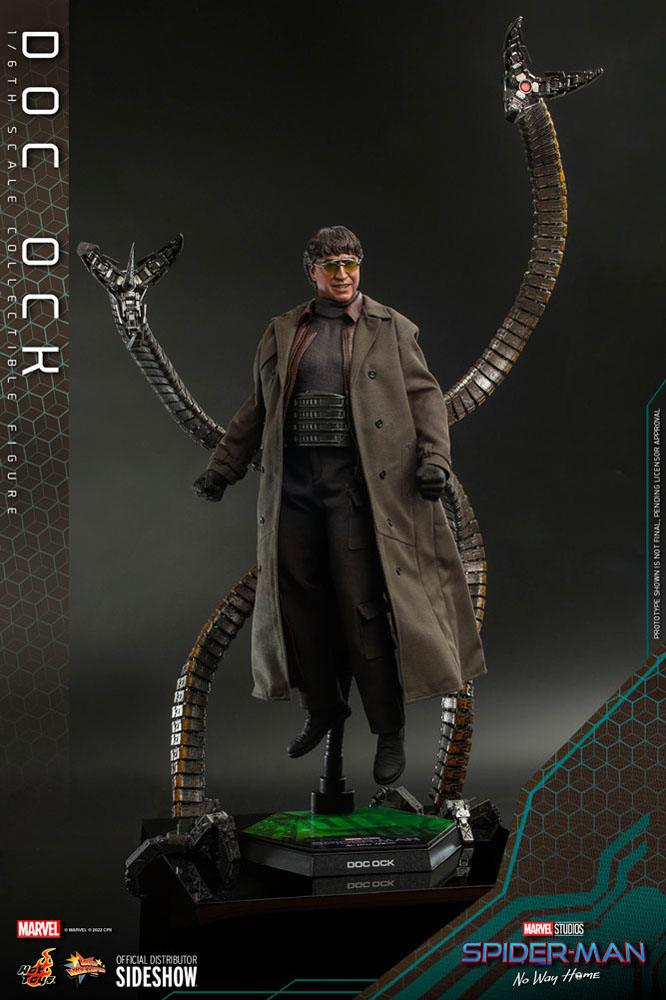 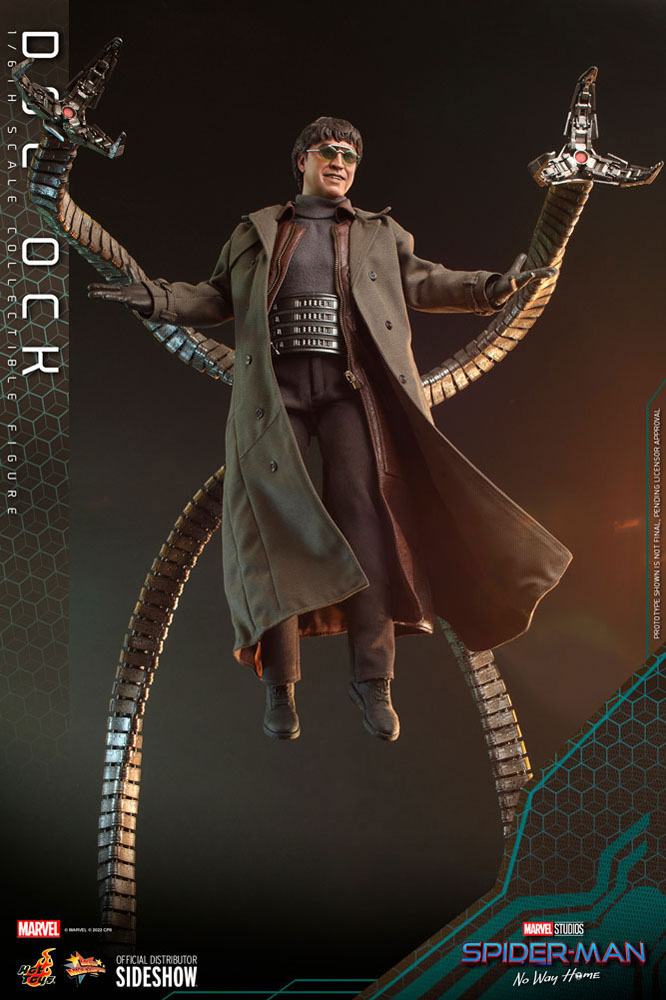 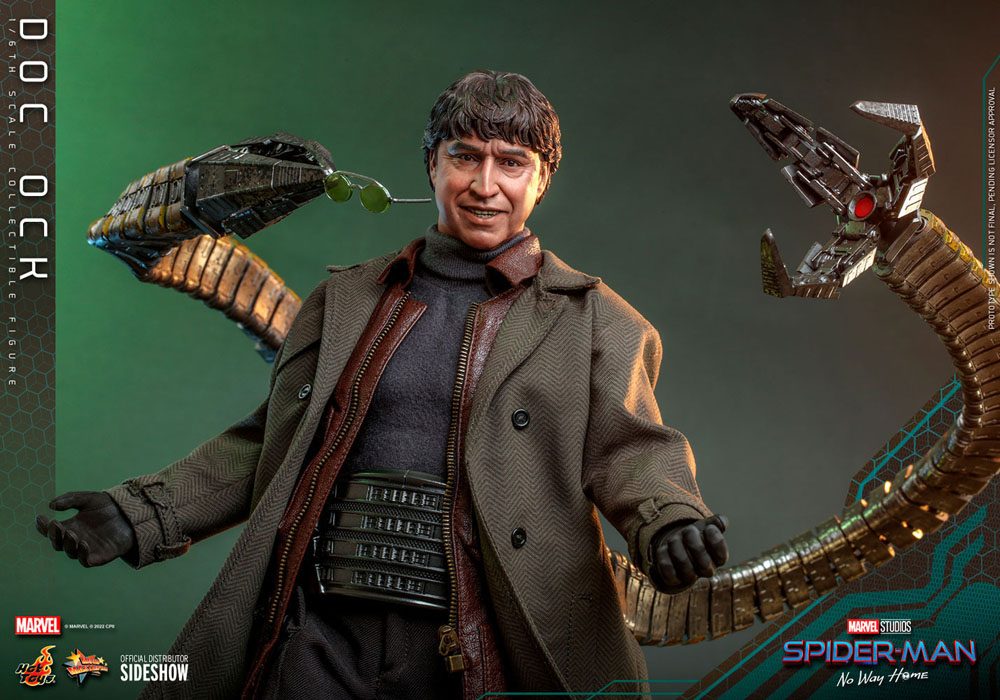 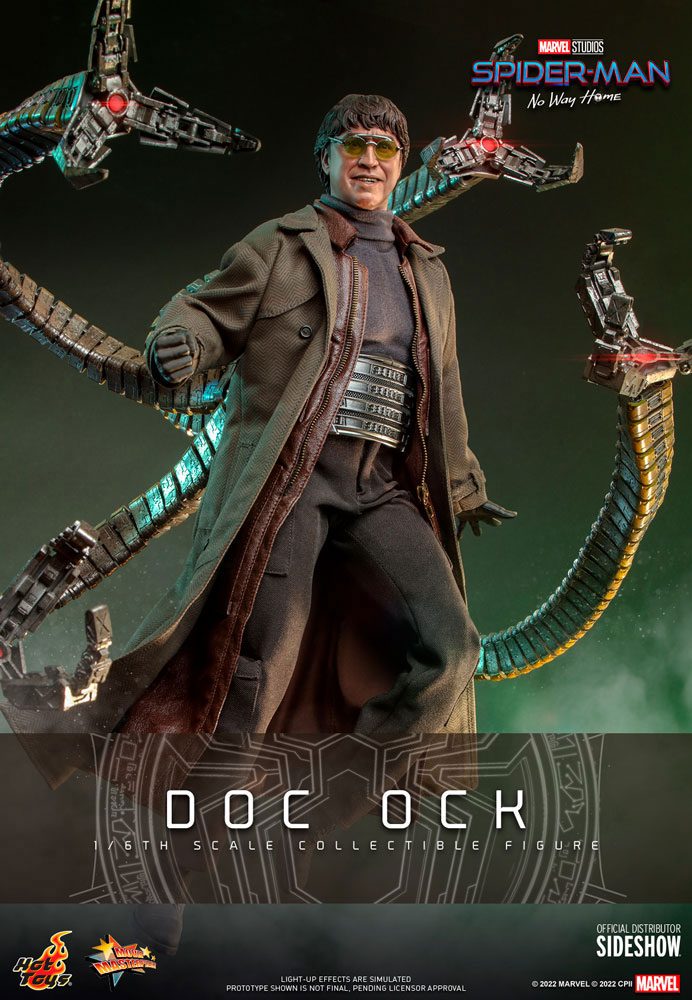 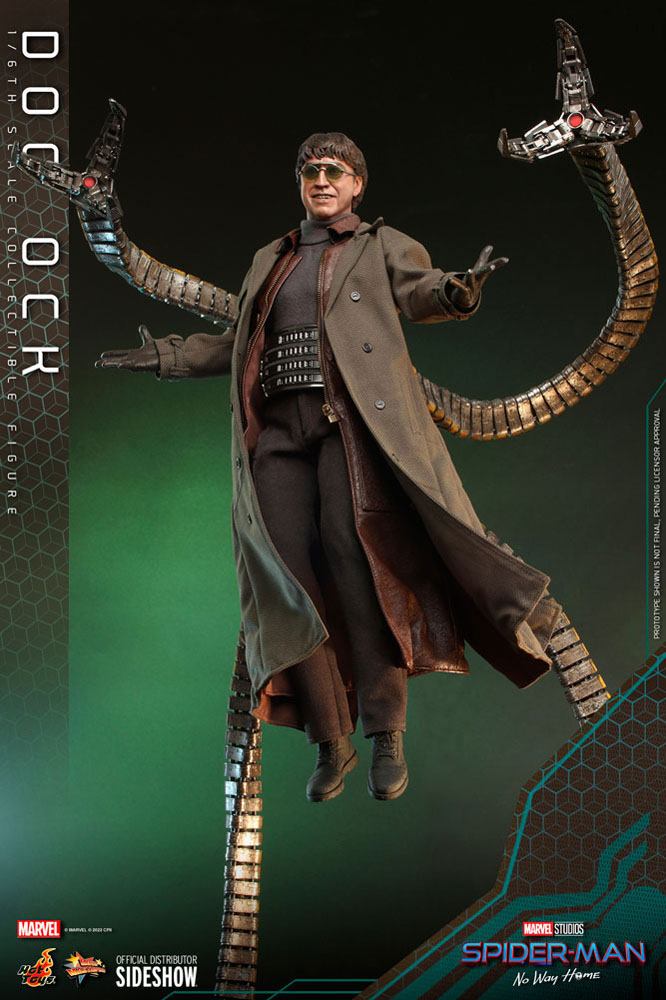 Spider-Man: No Way Home features the return of Doctor Octopus despite his sacrifice in the earlier Spider-Man movies. Due to a malfunction of the inhibitor chip, Doc Ock has stepped into his villainous persona allowing the robotic arms to take control and fuse themselves to his body.

To expand on the Spider-Man: No Way Home lines, Sideshow and Hot Toys are excited to unveil Doc Ock Sixth Scale Collectible Figure.

Skillfully crafted based on Doc Ock's appearance in the movie as portrayed by Alfred Molina, the figure features a newly developed head sculpt with amazing likeness; perfectly tailored outfit highlighting authentic details on his belt and coat; bendable tentacles extended from his back with articulated claws, capturing his signature weapons and its mechanical design down to the smallest attention; a pair of goggles, a tentacle spear, and a dynamic figure stand.

Make sure to add him to your amazing Spider-Man display!
<!-- <div class="row margin-bottom-40">