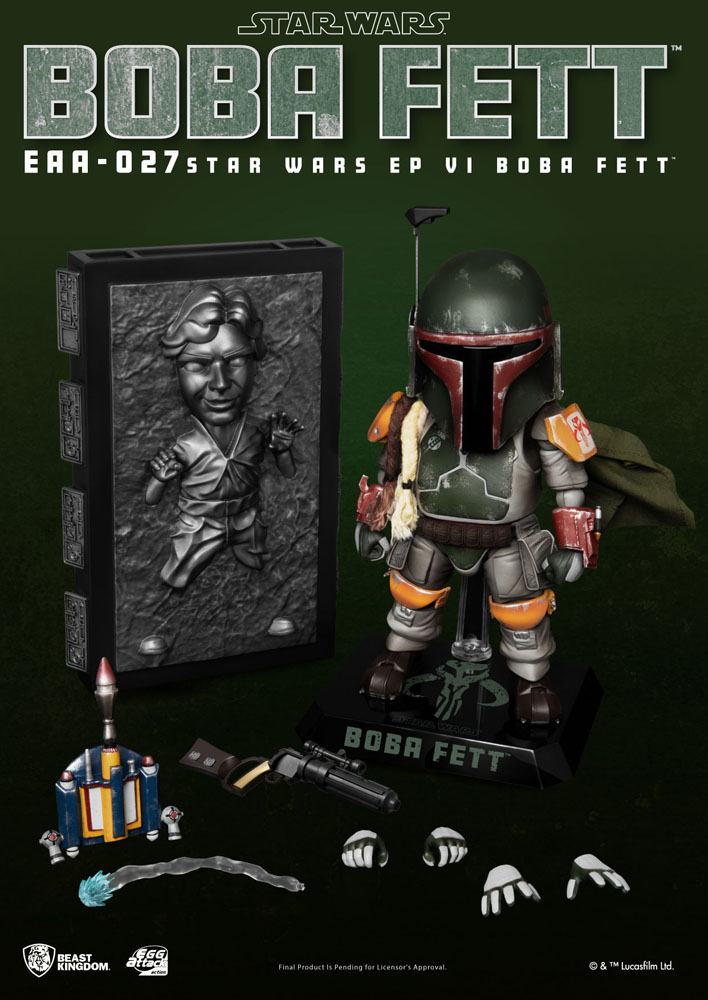 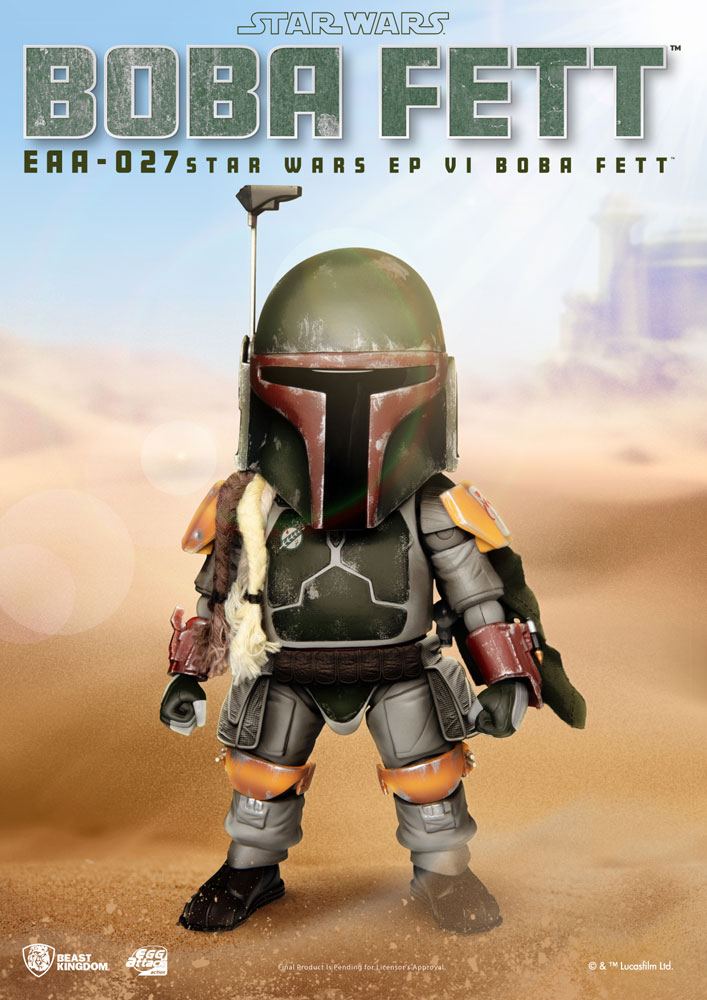 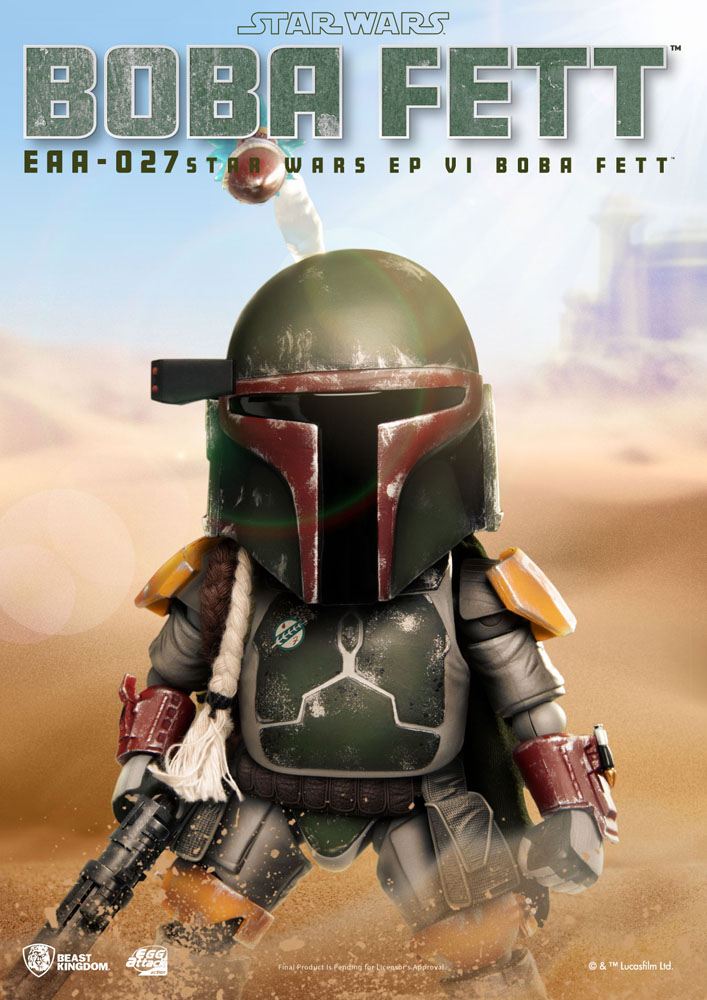 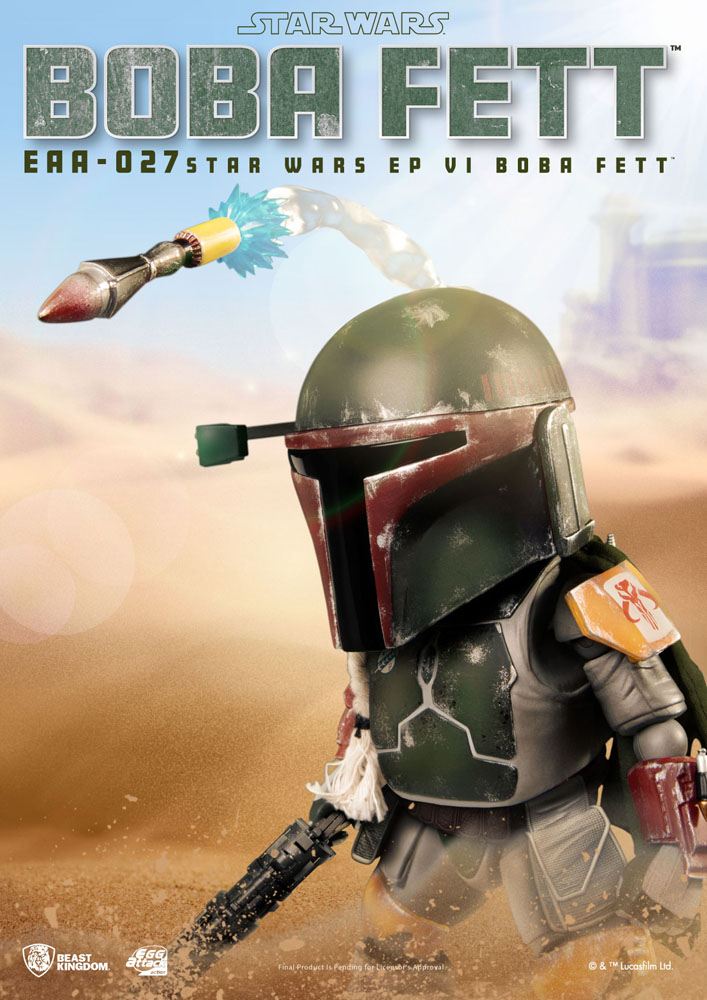 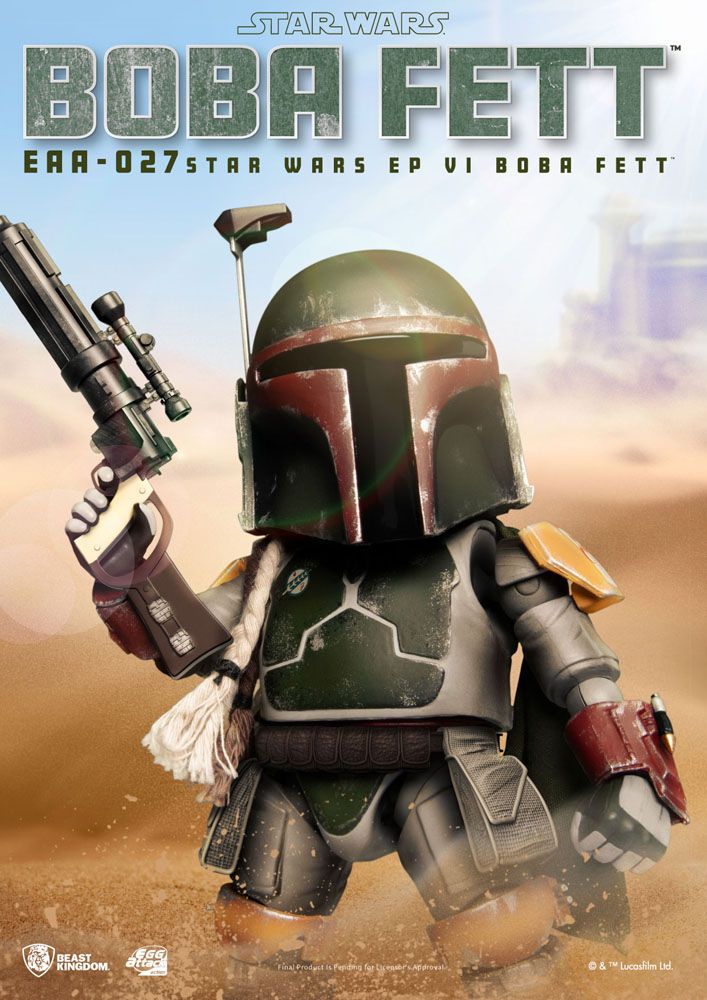 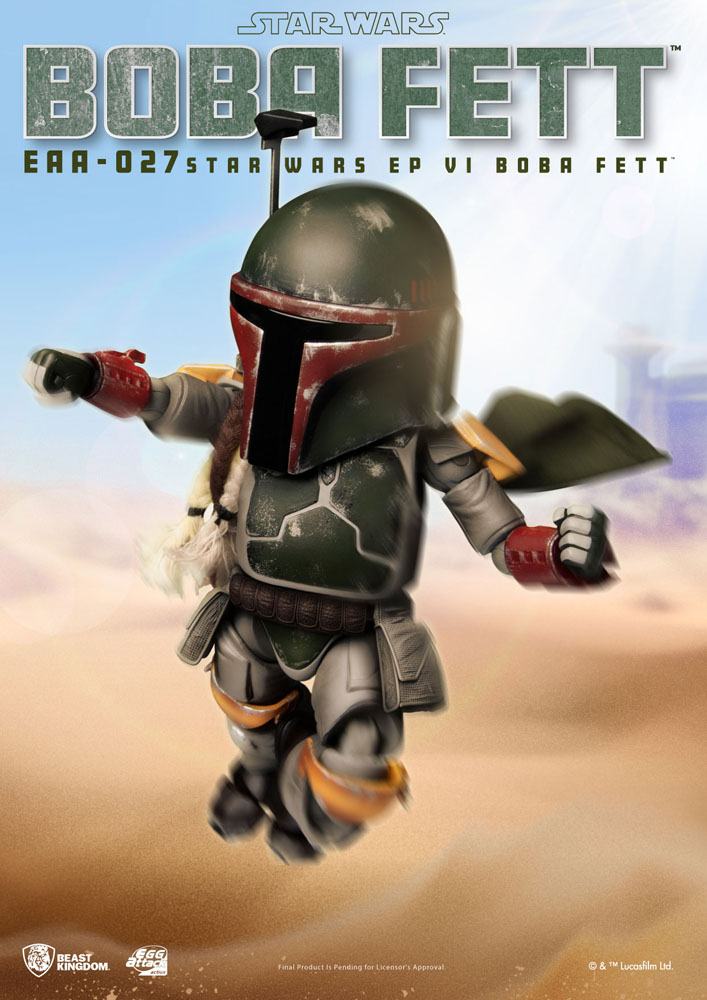 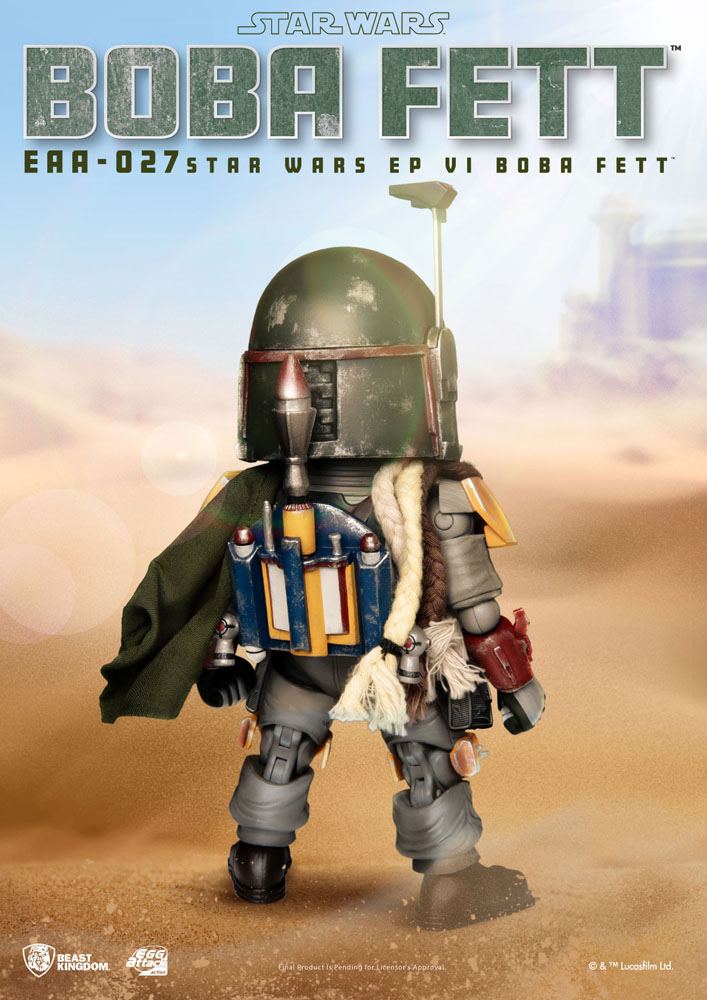 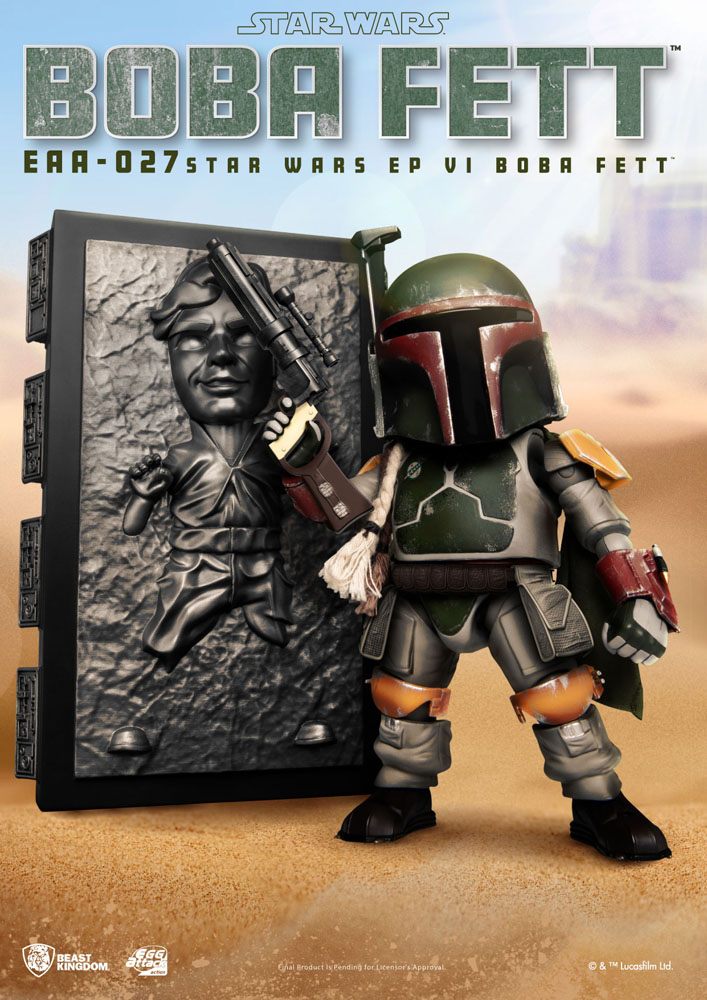 In the Star Wars pantheon of movies, the bounty hunter named only as "Boba Fett"has roamed the galaxy in search of many treasures. A mystery to many he is also feared for his ferocious skills.

The Entertainment Experience Brand "Beast Kingdom" is proud to take you to a galaxy far away with the launch of the 6-inch Boba Fett, Star Wars EAA-020SP. Using real fabric for the cape, and a bevy of accessories, this bounty hunter is ready to hunt down Jedi in all corners of the galaxy. The use of intricate carving, and painting techniques gives the armor a worn-in look as if straight from the battlefield. With the special edition set, collectors are treated to the Han Solo carbonated block from the Empire Strikes Back. A real treat for collectors who would like to recreate the famous scene. For fans of one of the most revered bounty hunters ever to grace our screens, this set is one not to be missed.

It stands approx. 16 cm tall and comes in a printed window box.