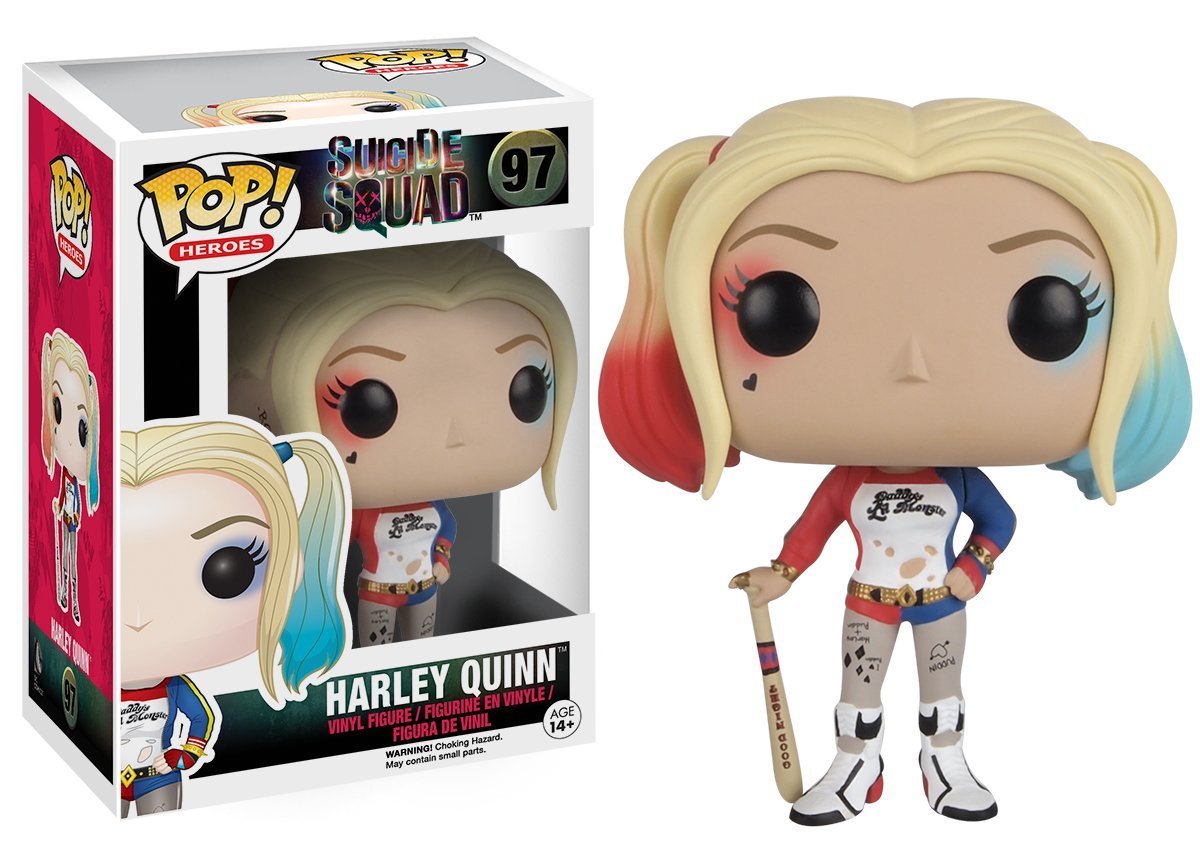 It almost seems worth considering Warner’s Suicide Squad as an equivalent to Marvel’s Guardians of the Galaxy. Two relatively unknown teams, who by that very fact allow the movie makers free reign to come up with almost anything they like. We have high hopes for Suicide Squad which looks like it will capture the unfettered nuttiness of characters like Harley Quinn and the Joker. This could be the huge, surprise, hit of the year. The Harley Quinn POP! vinyl figure stands around 9 cm tall. Packed in an illustrated window box.

How I Met Your Mother POP! TV Vinyl Figure Barney in Suit 9 cm

Funko POP! Animation May Hero Academy - All Might 10 cm