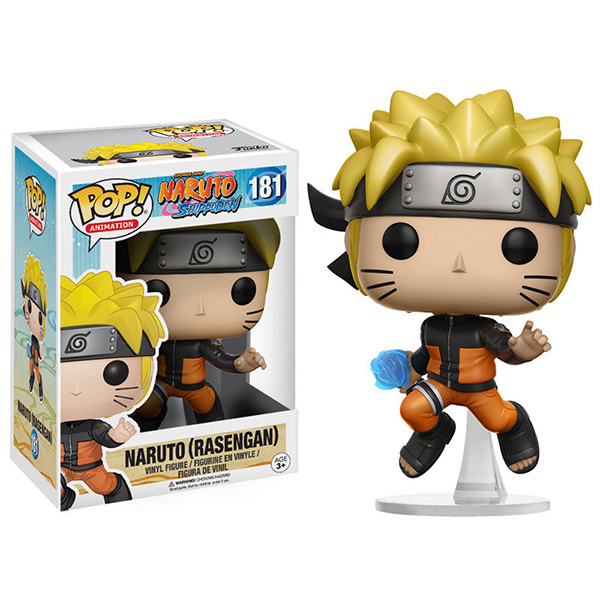 The first series of Naruto POP! figures flew off shelves and now in quick order comes a 2nd series consisting of Kakashi, Sakura, Tobi and Naruto (Rasengan). Naruto has proven itself one of Manga/Anime’s biggest hits in translation. The Manga has sold over 221 million copies to date and both the comics and Anime series have massive followings. The story has also been used in Video Games, Novels, trading cards and a huge range of merchandise. The Naruto Rasengan POP! vinyl figure stands around 10 cm tall. Packed in an illustrated window box.