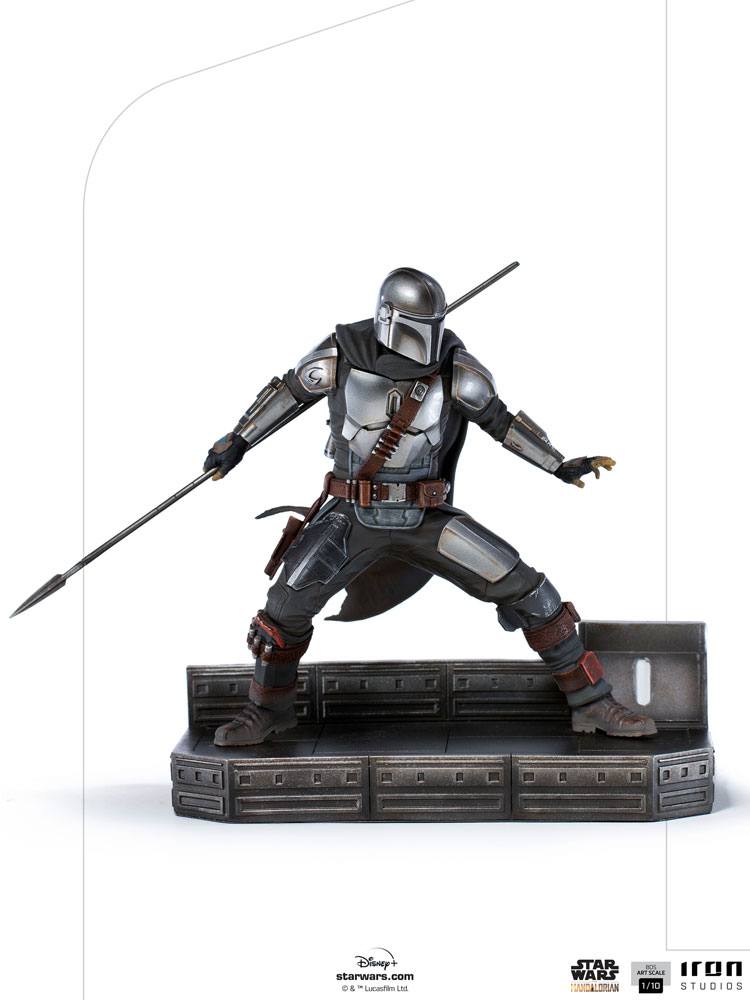 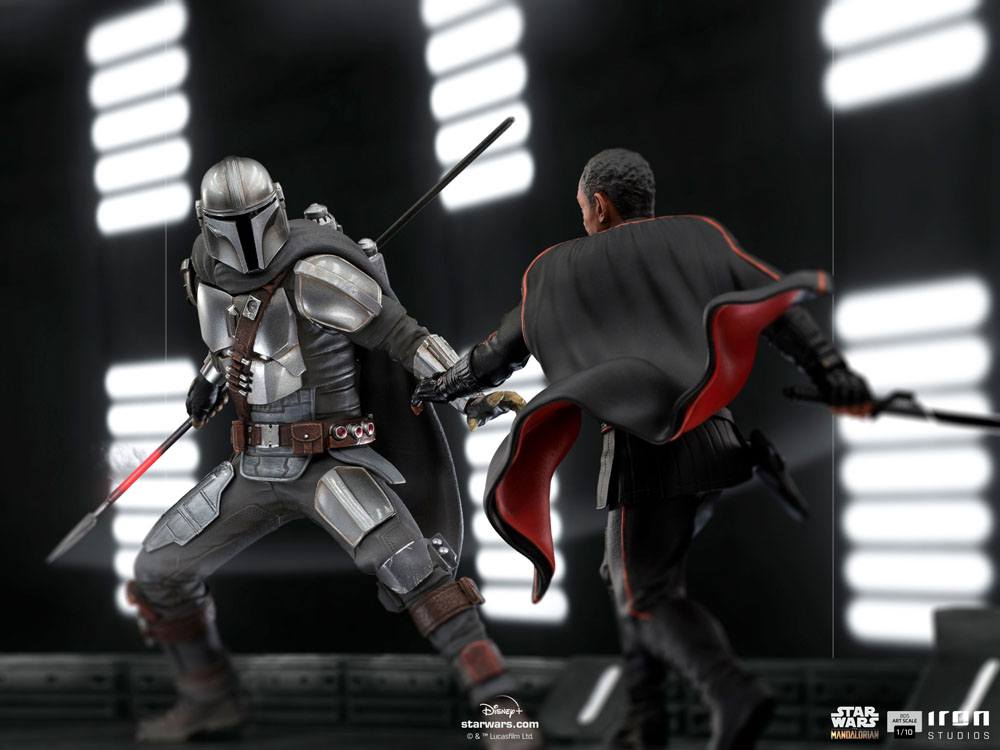 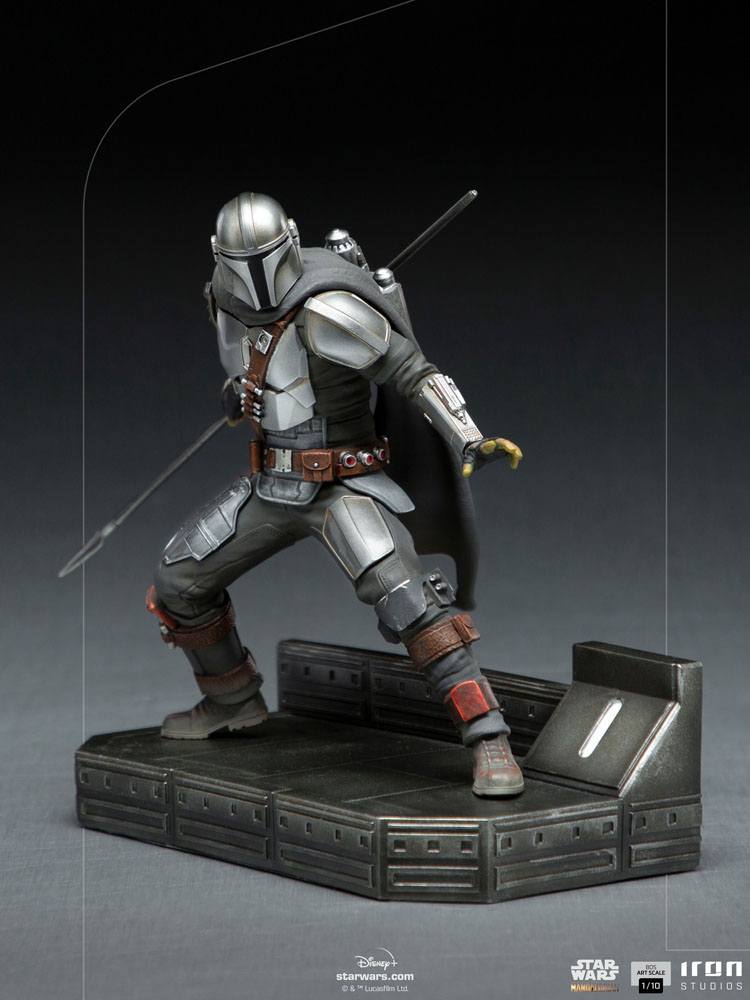 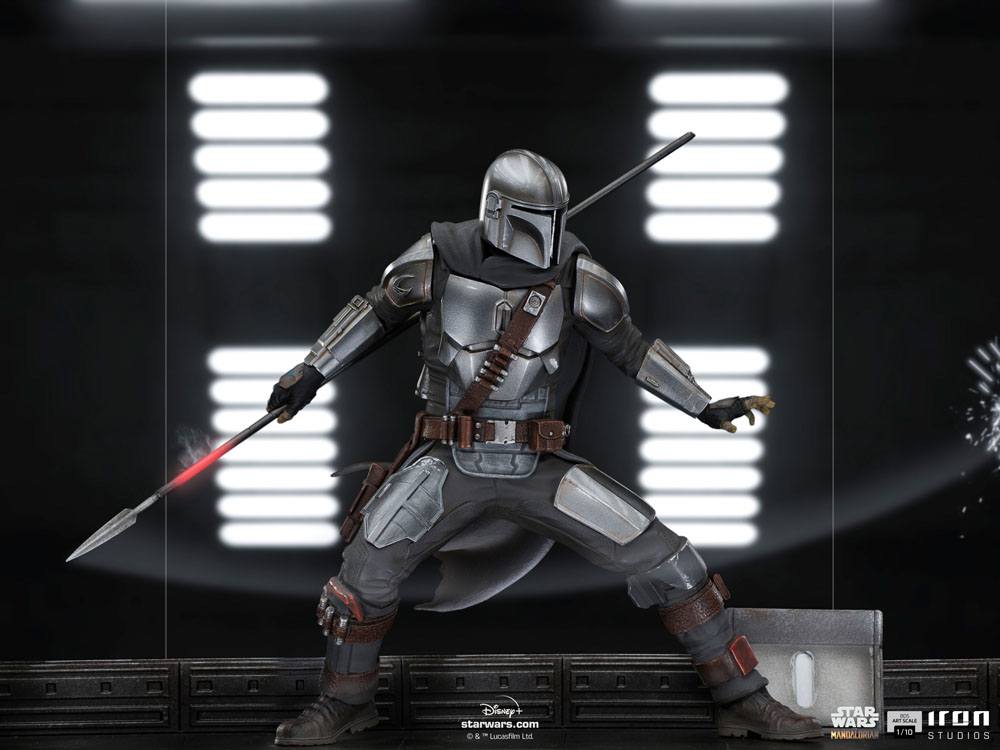 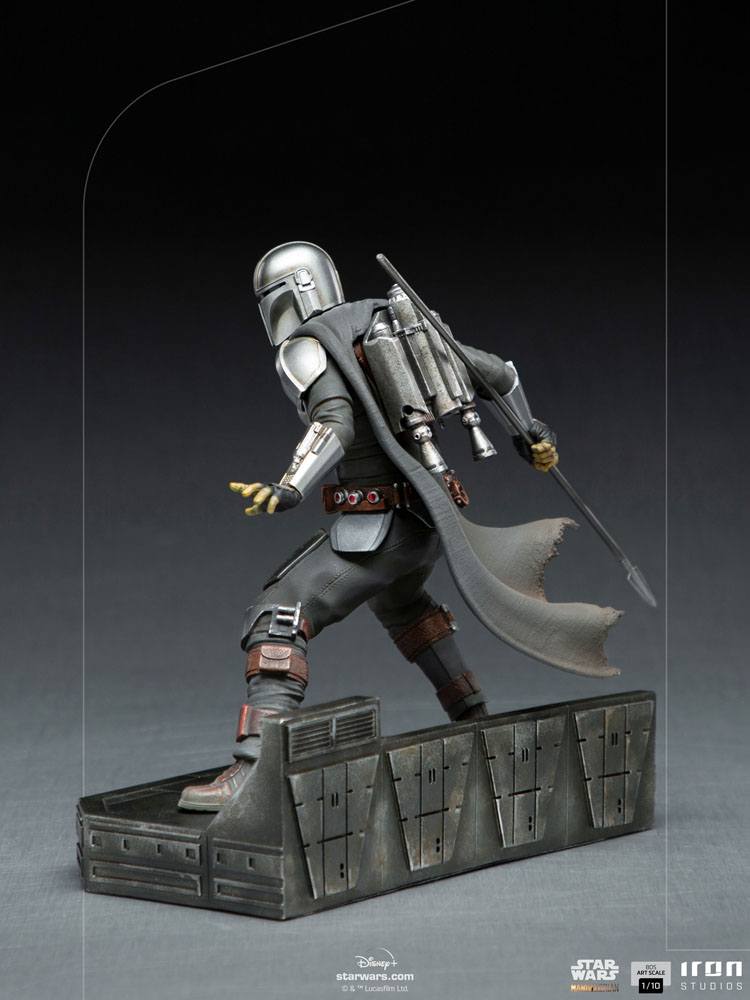 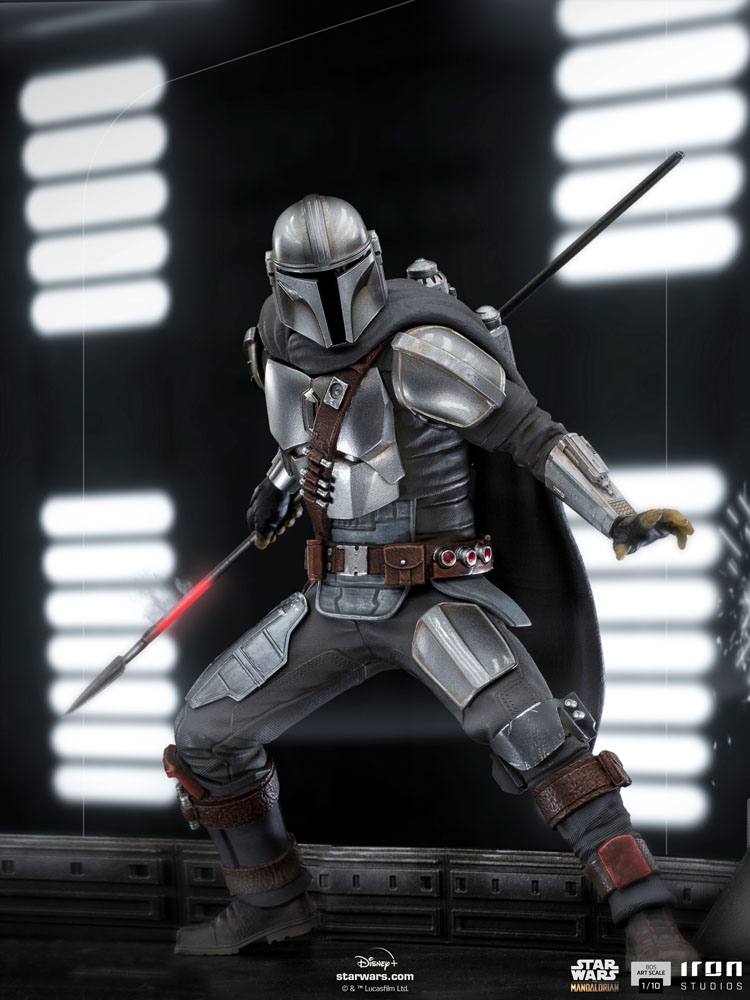 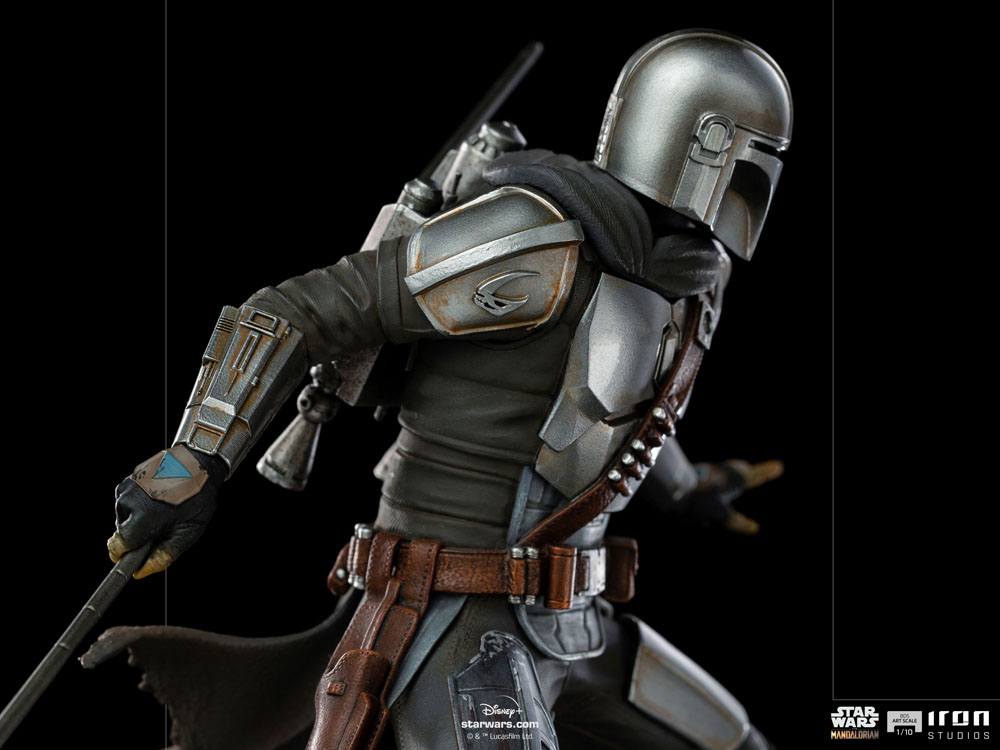 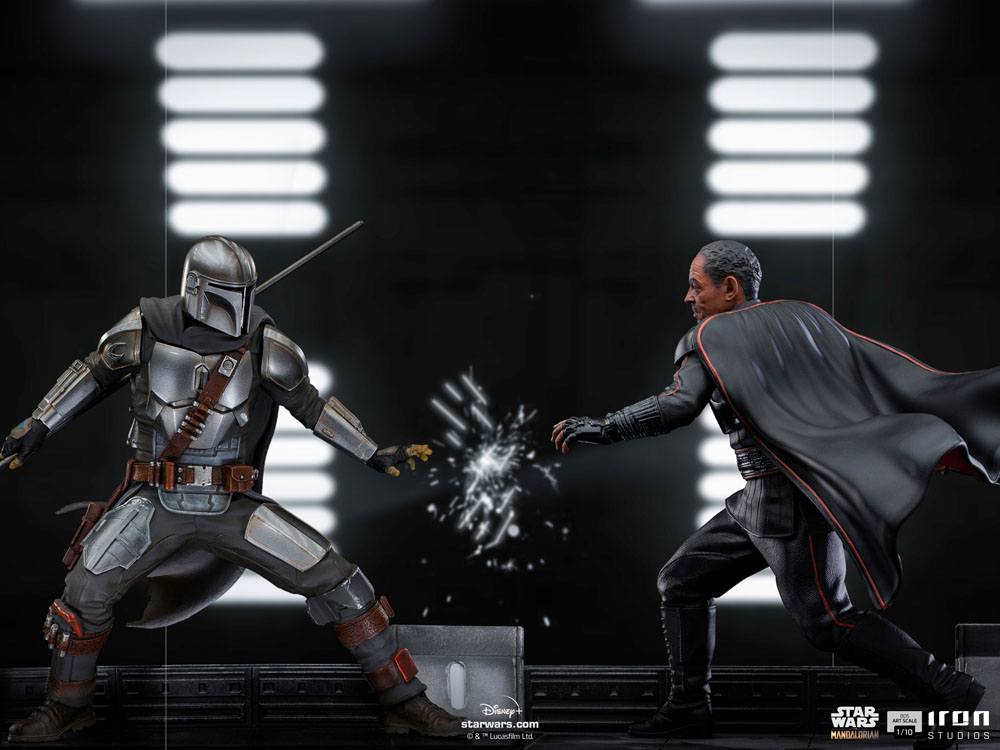 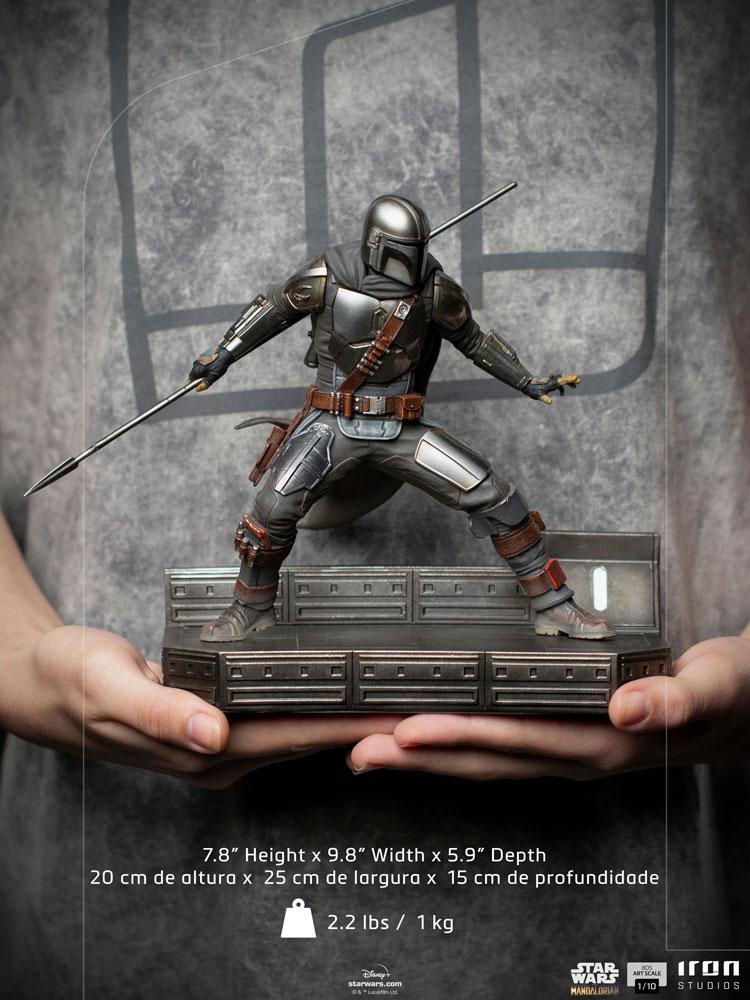 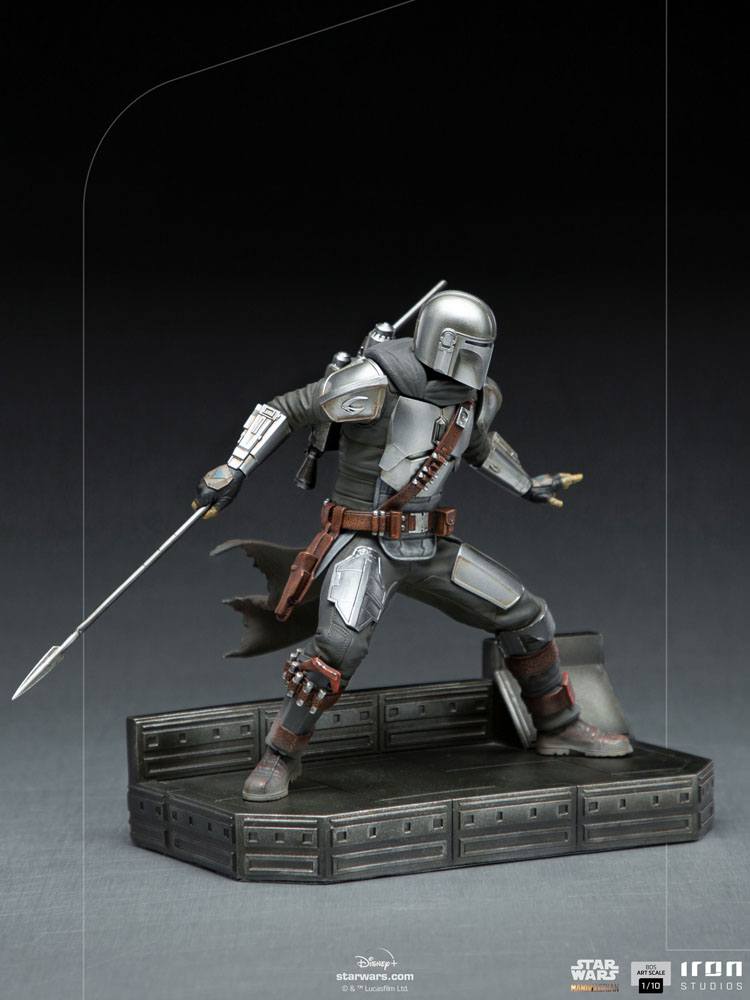 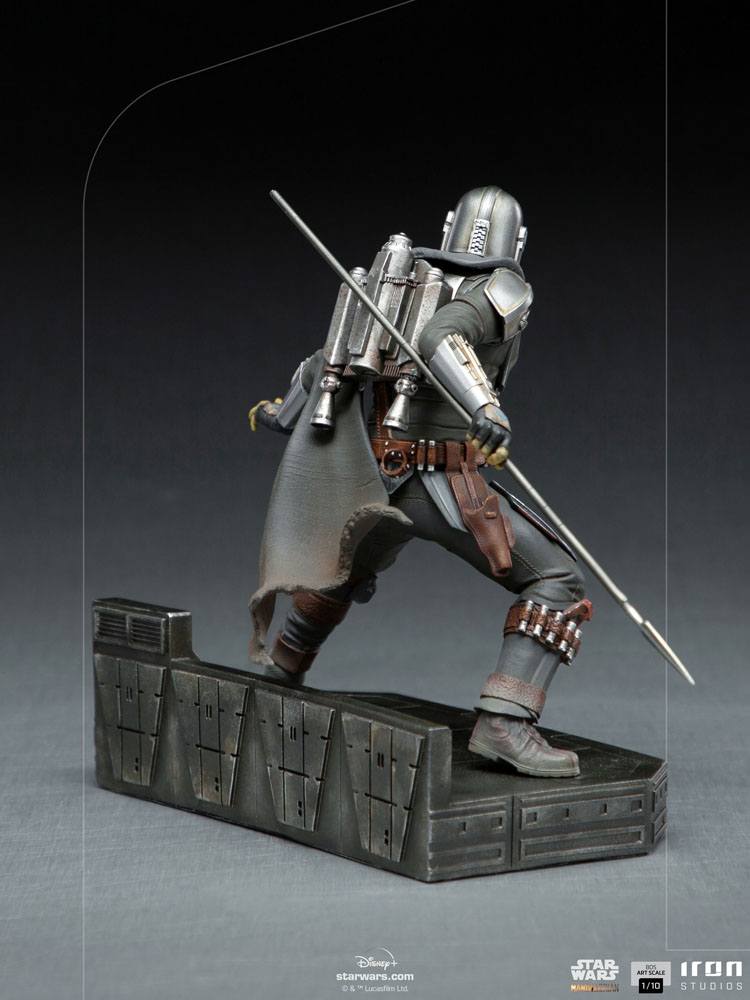 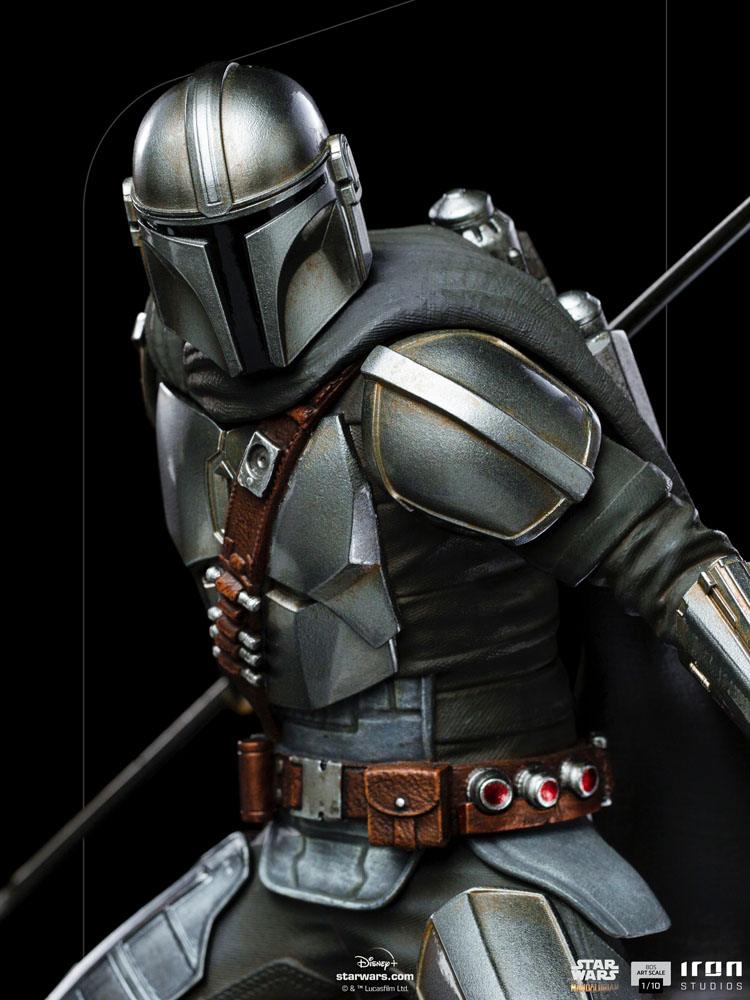 Ready to face his opponent, Mandalorian bounty hunter Din Djarin, better known as Mando, fixes his right leg as a support, and his left leg in attack position, on the base of the floor of his enemy's Imperial spacecraft. Carrying his Beskar spear, which is made of a metallic alloy, also used in Mandalorian armor, the spear is known for its resistance, even from a Light Saber. Mando uses all of his combat abilities in his rescue mission of the small and mysterious child called Grogu, or Baby Yoda, as he is popularly known, with whom he created affectionate bonds.

This statue was inspired by the last scene from the final episode of the 2nd season of the Mandalorian series, a spin-off from Star Wars and created by Jon Favreau, available on Disney+ streaming. In this scene, the protagonist hero fights a decisive duel against Moff Gideon, an intelligence officer from the fallen Galactic Empire. Thus, Iron Studios presents its "Mandalorian BDS Art Scale 1/10 - The Mandalorian - Iron Studios".

In this epic season finale, Mando and his allies set out on a mission to save Grogu, captured by Moff Gideon. Aboard his light cruiser and ready to face it all, Din Djarin fights the terrible droids, Dark Troopers, and duels with Gideon, with the villain having the legendary Shadow Saber.

Faithfully detailed and produced with official references from the series, this statue composes a diorama of this scene alongside "Moff Gideon BDS Art Scale 1/10 - The Mandalorian - Iron Studios", sold separately. A must-have set for every fan and collector, created exclusively by Iron Studios!
<!-- <div class="row margin-bottom-40">