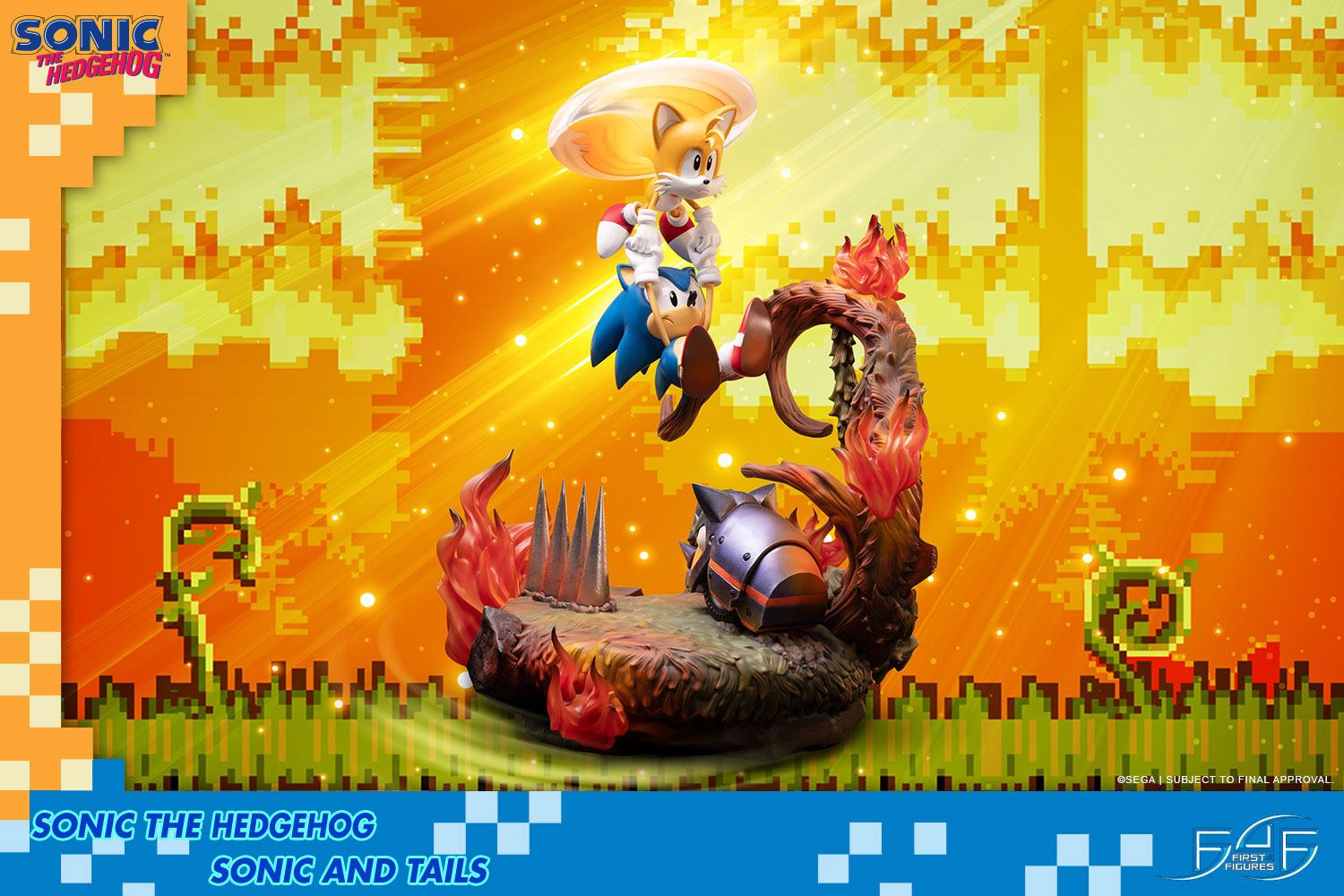 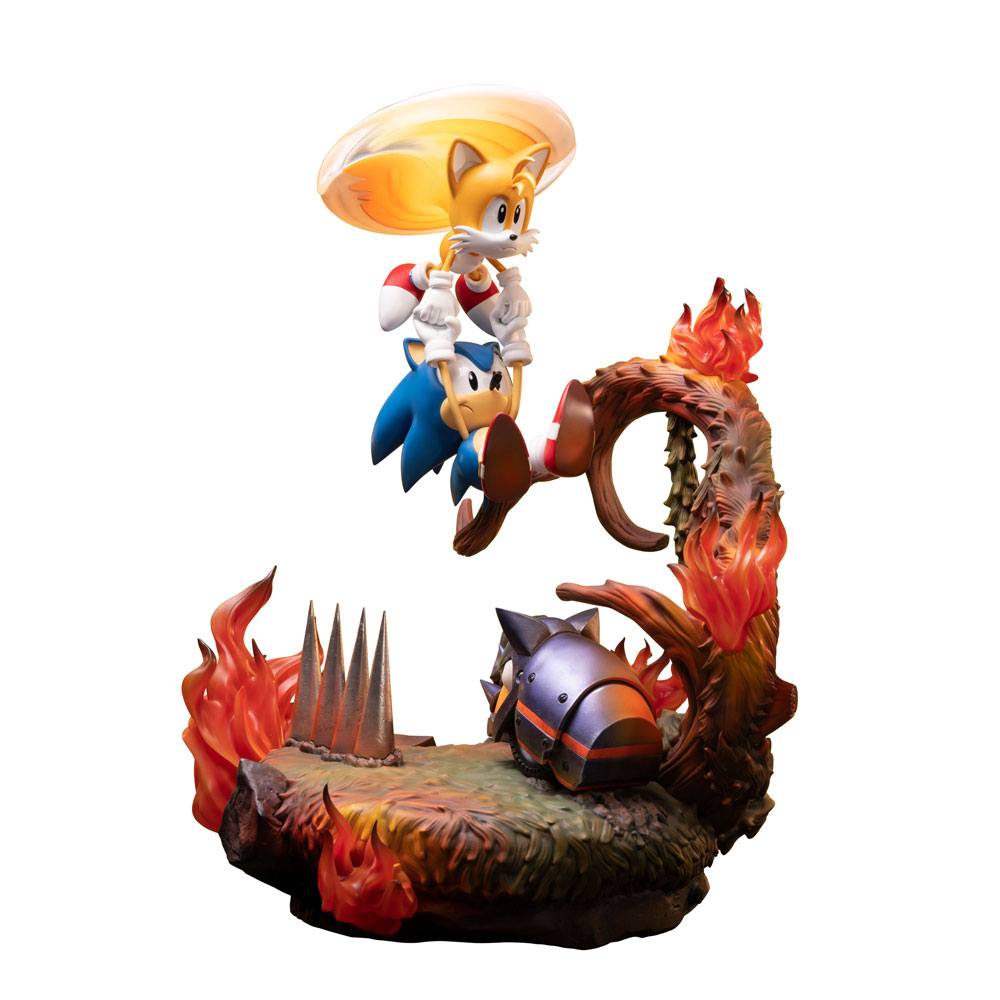 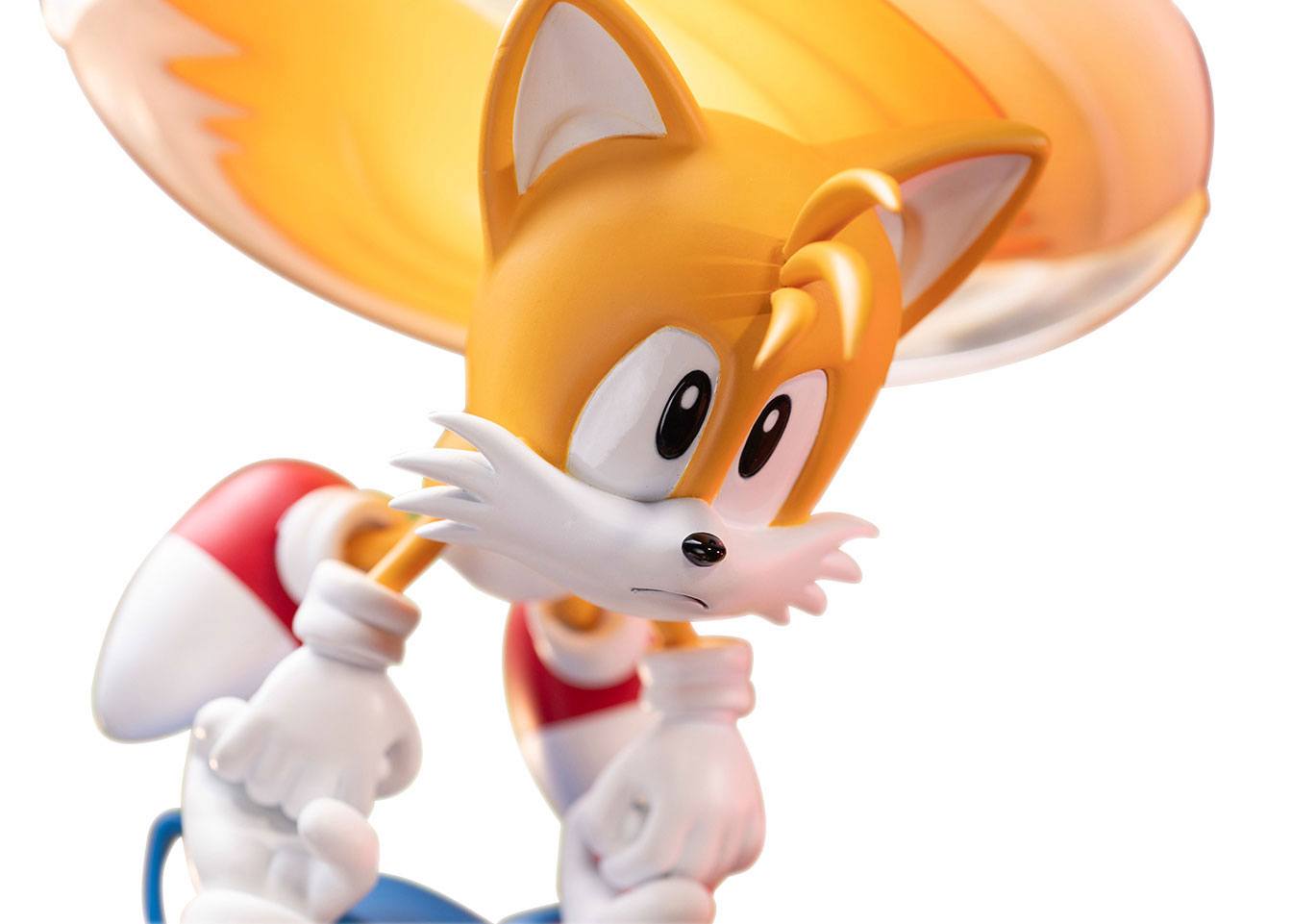 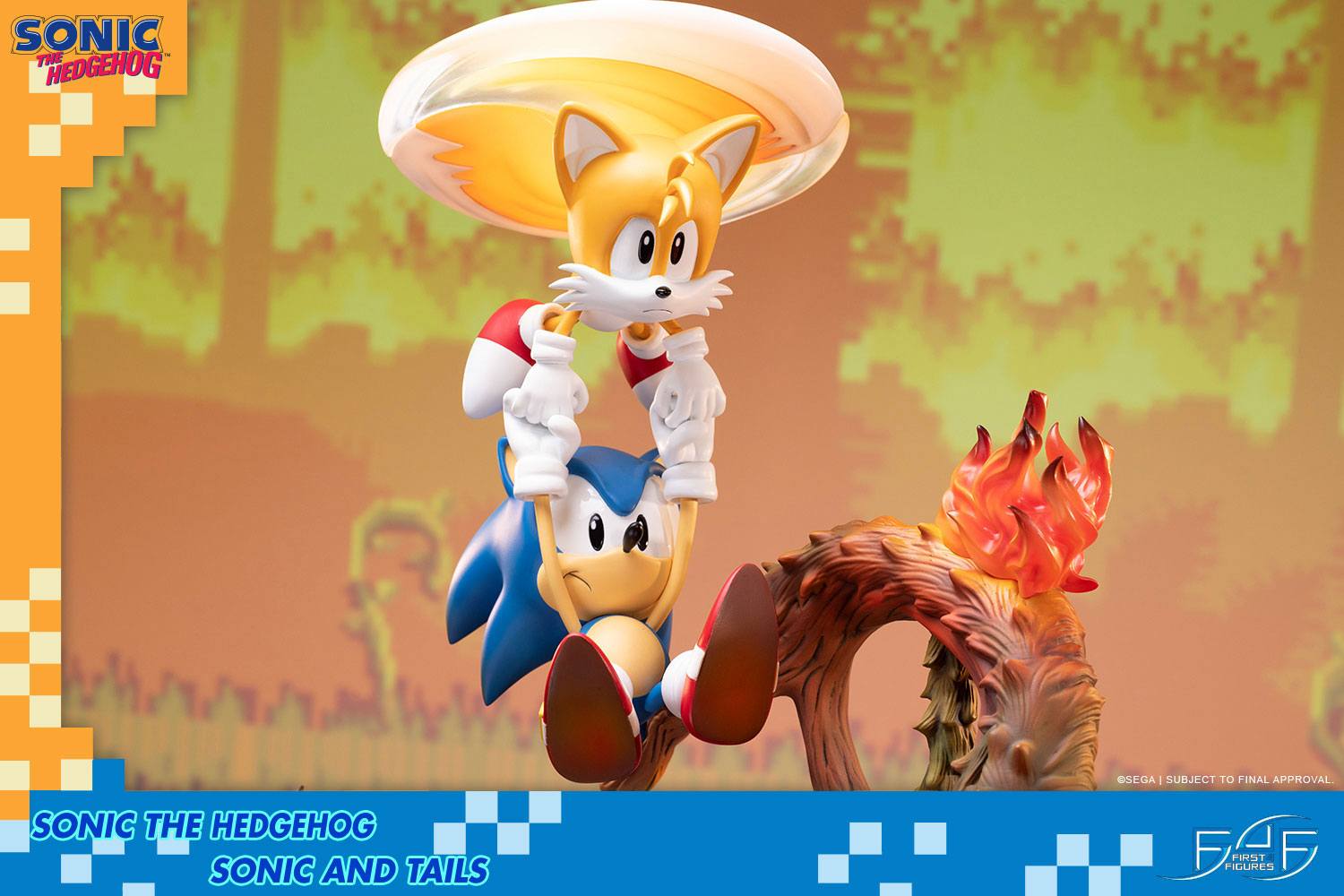 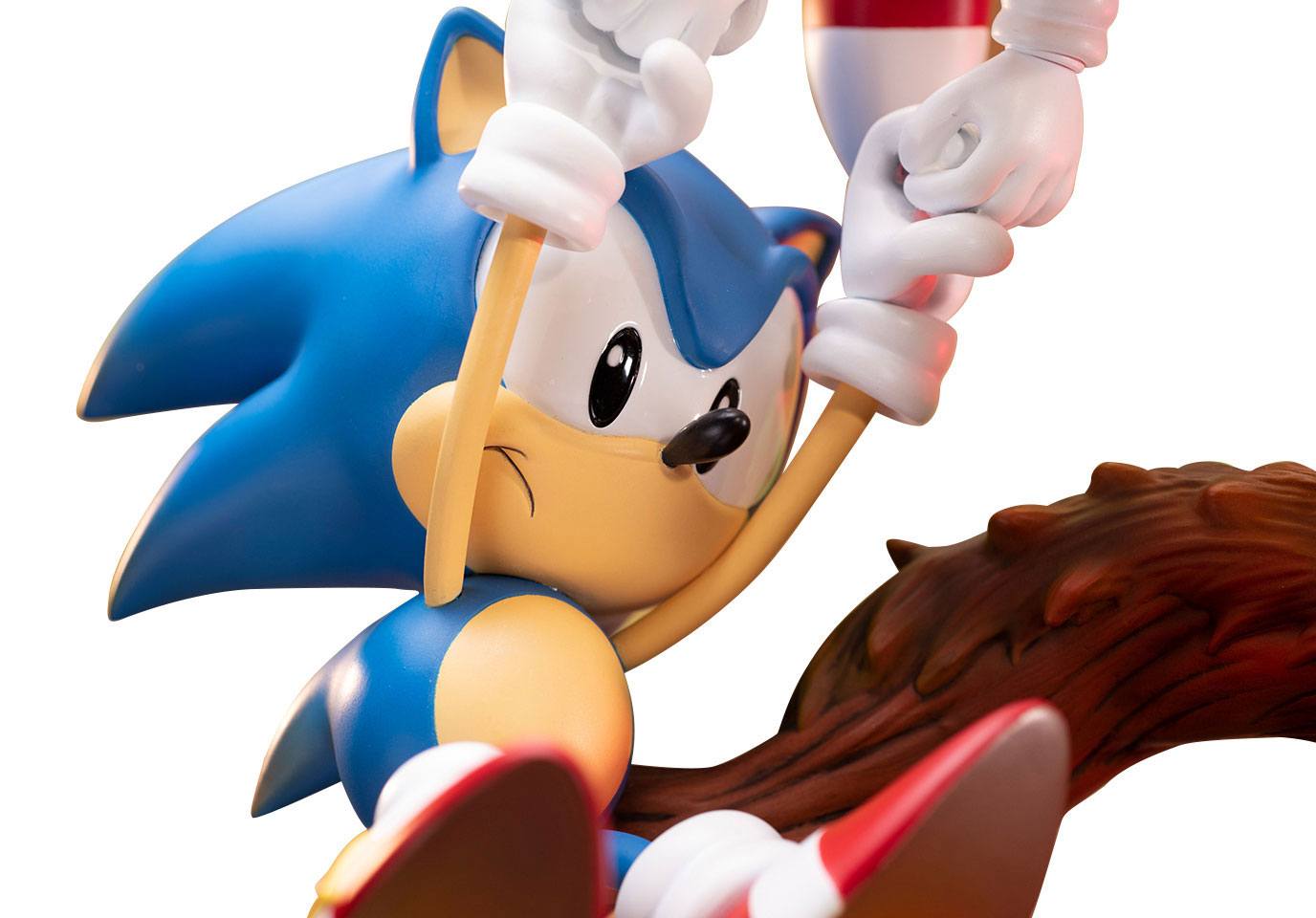 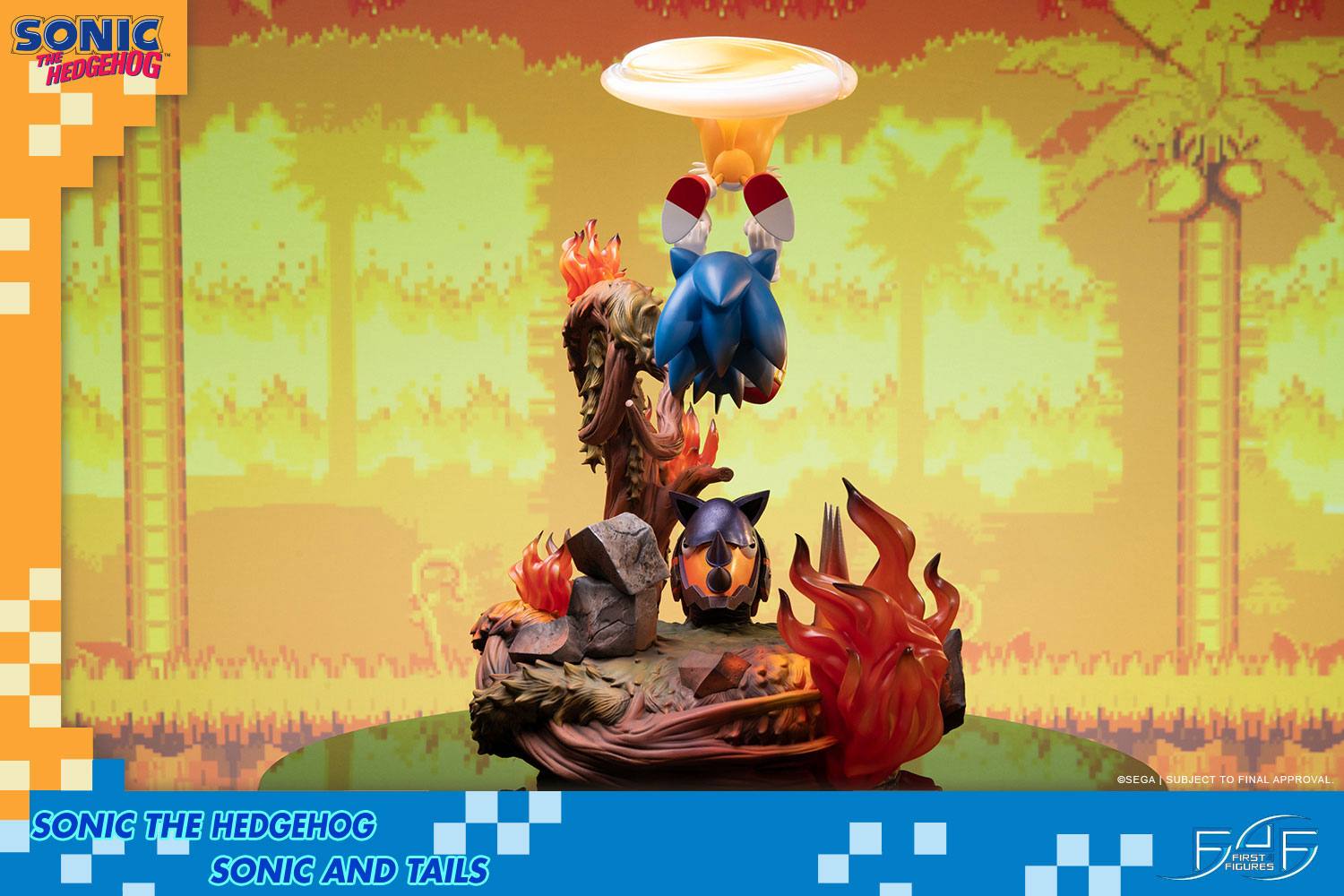 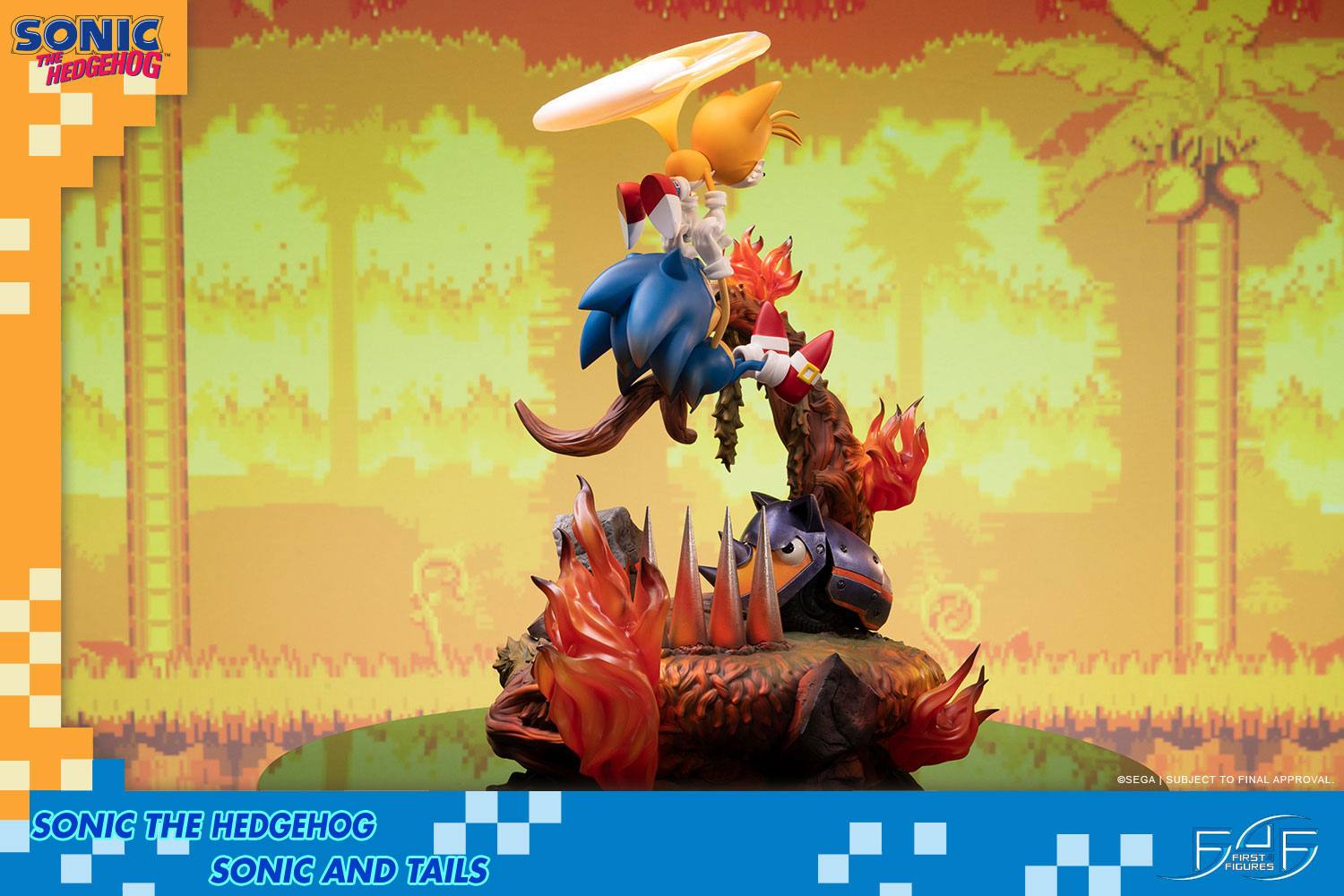 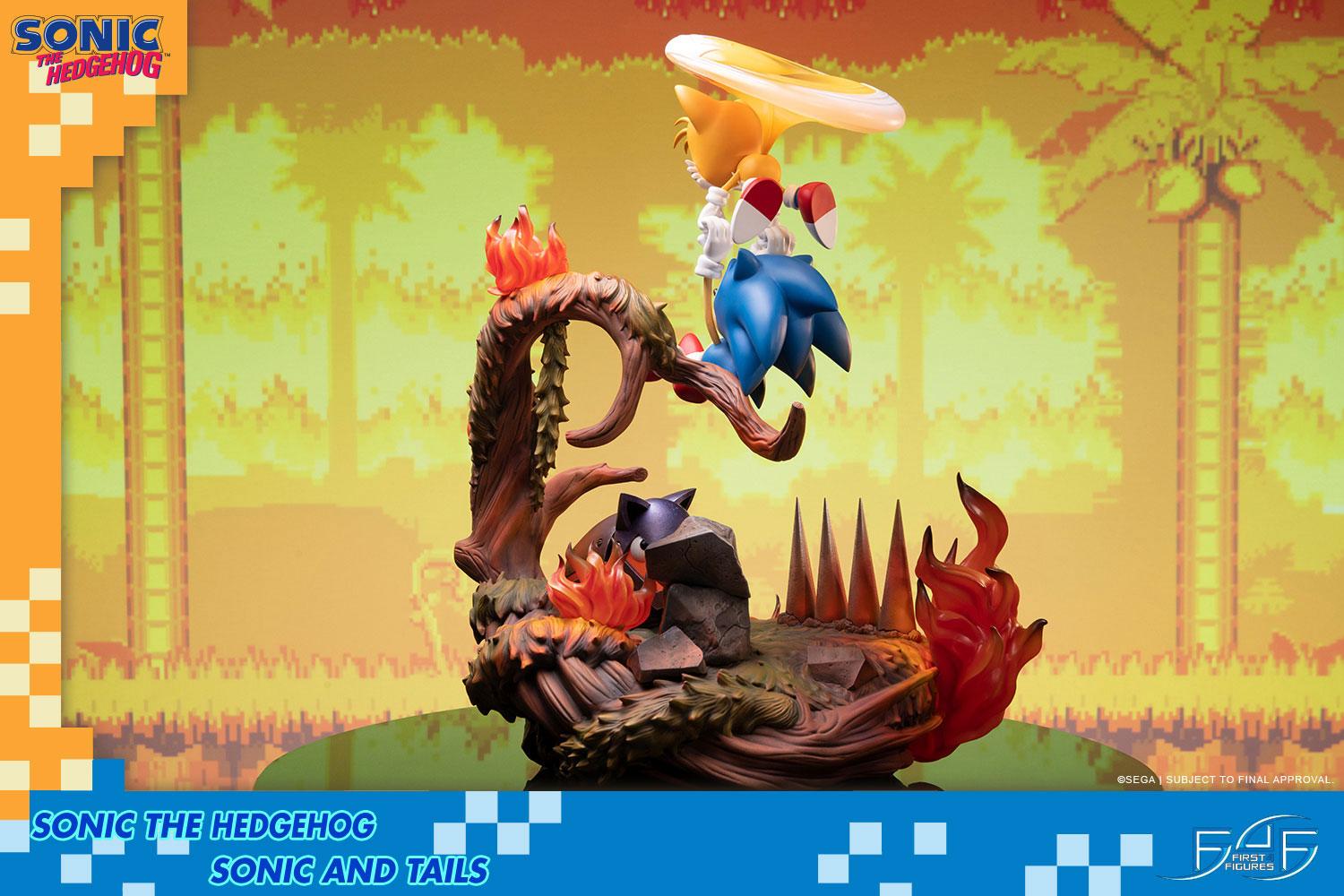 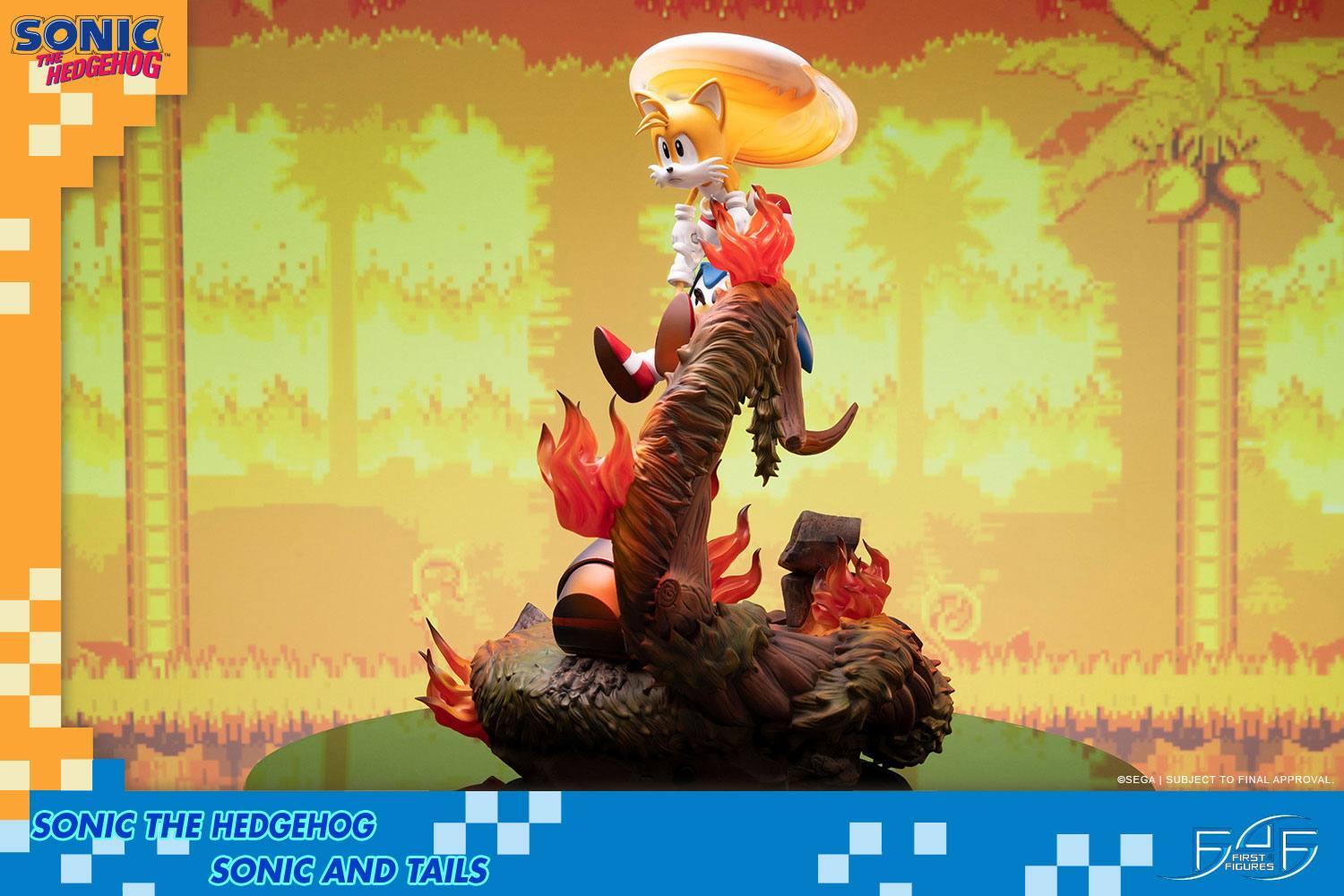 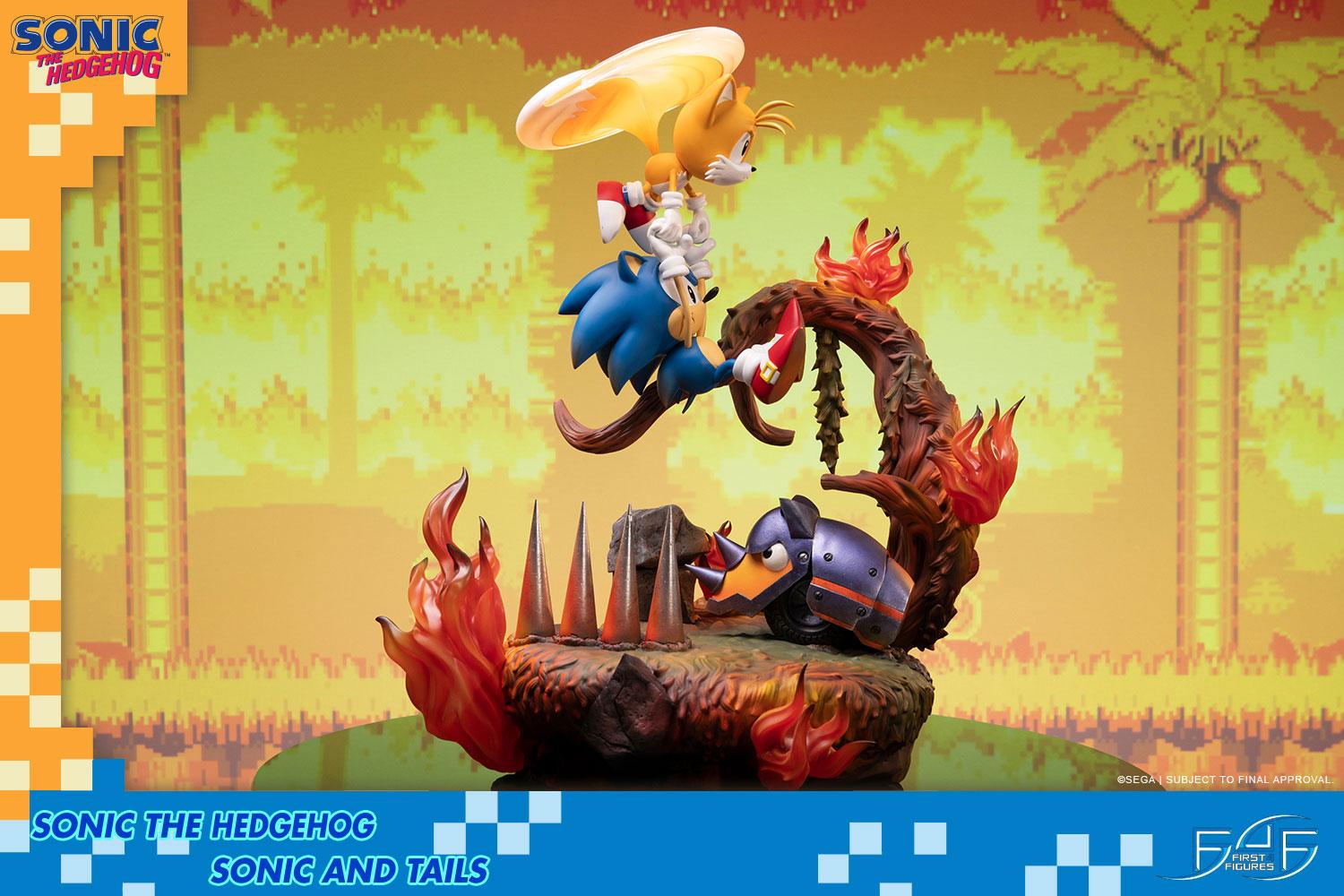 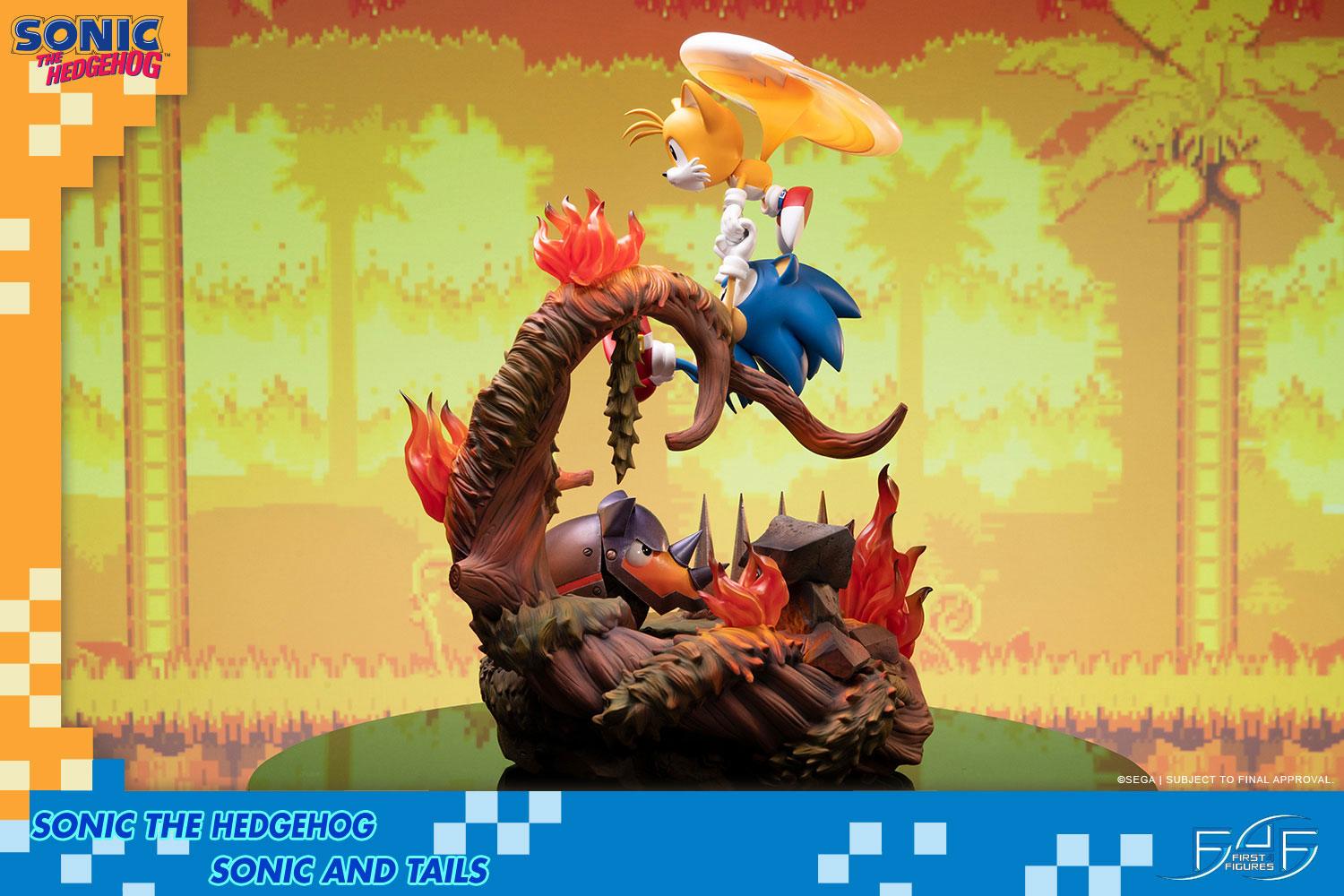 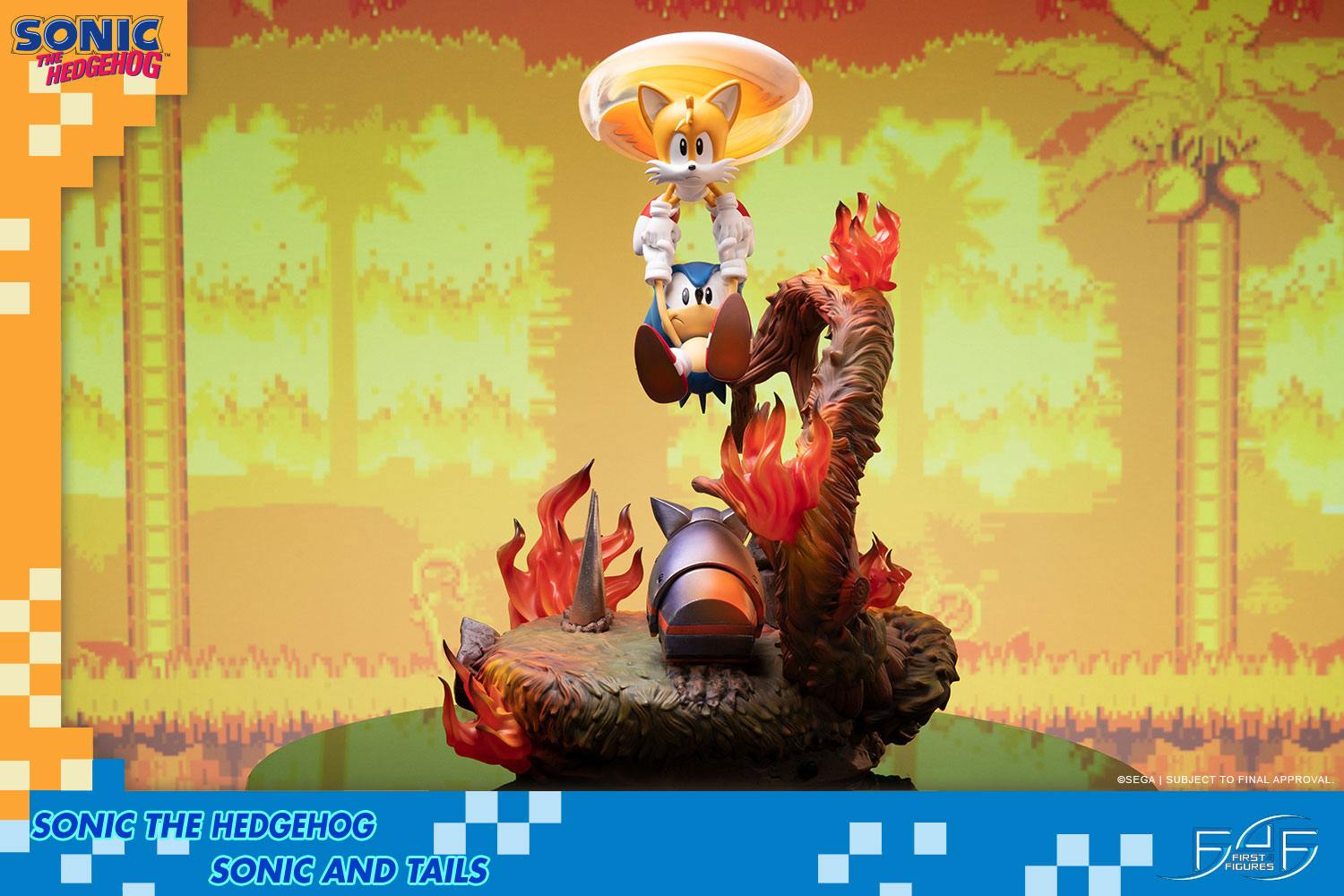 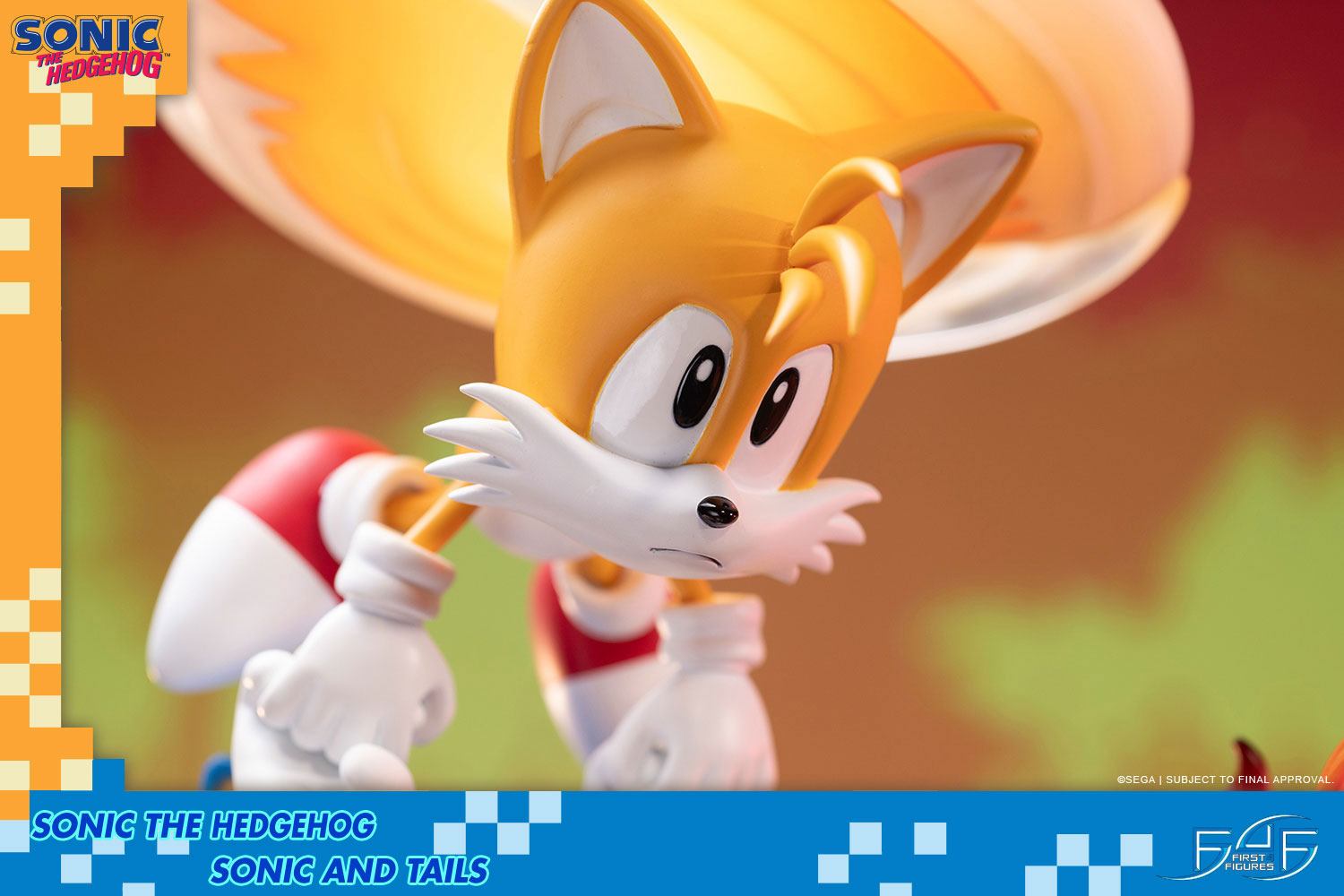 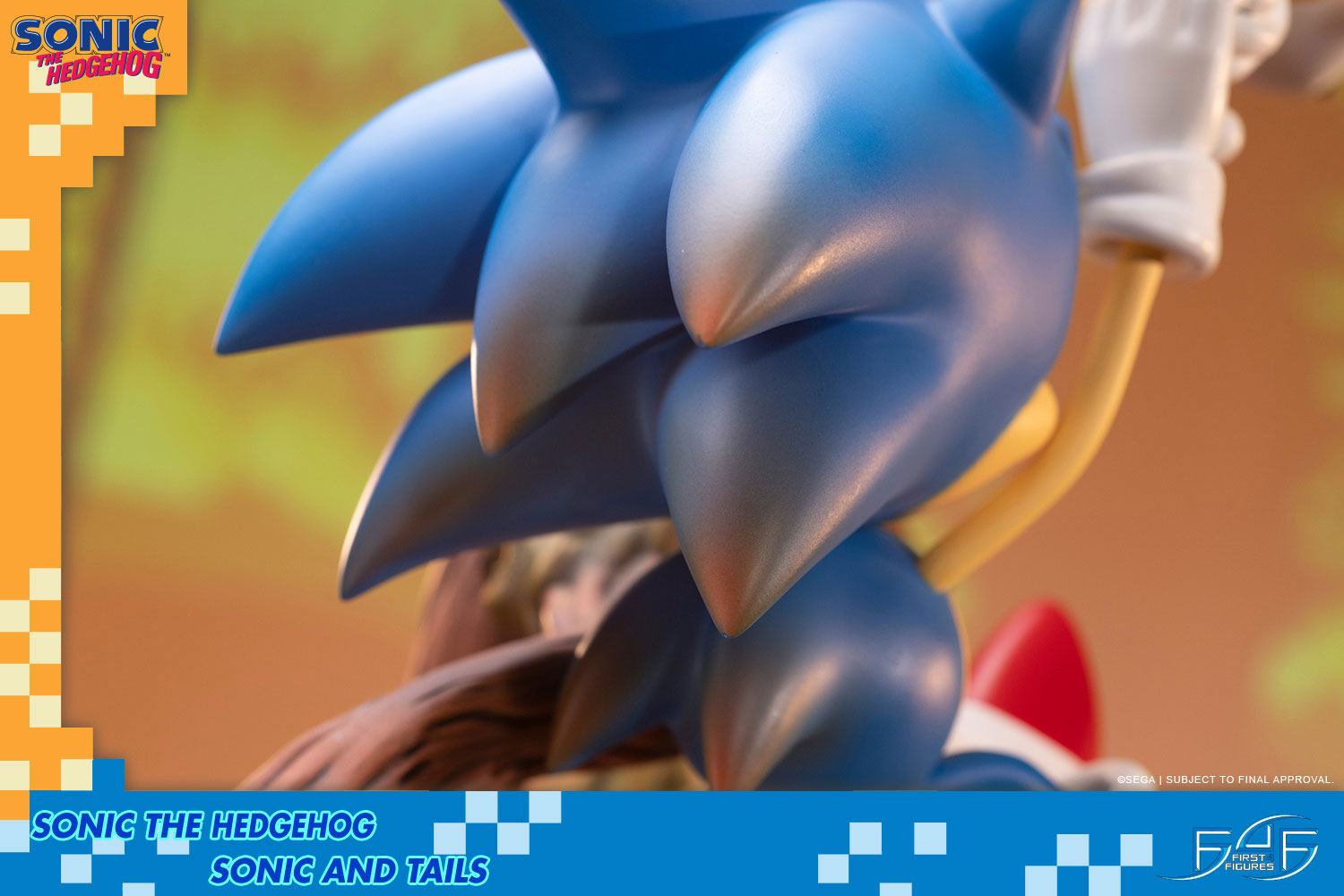 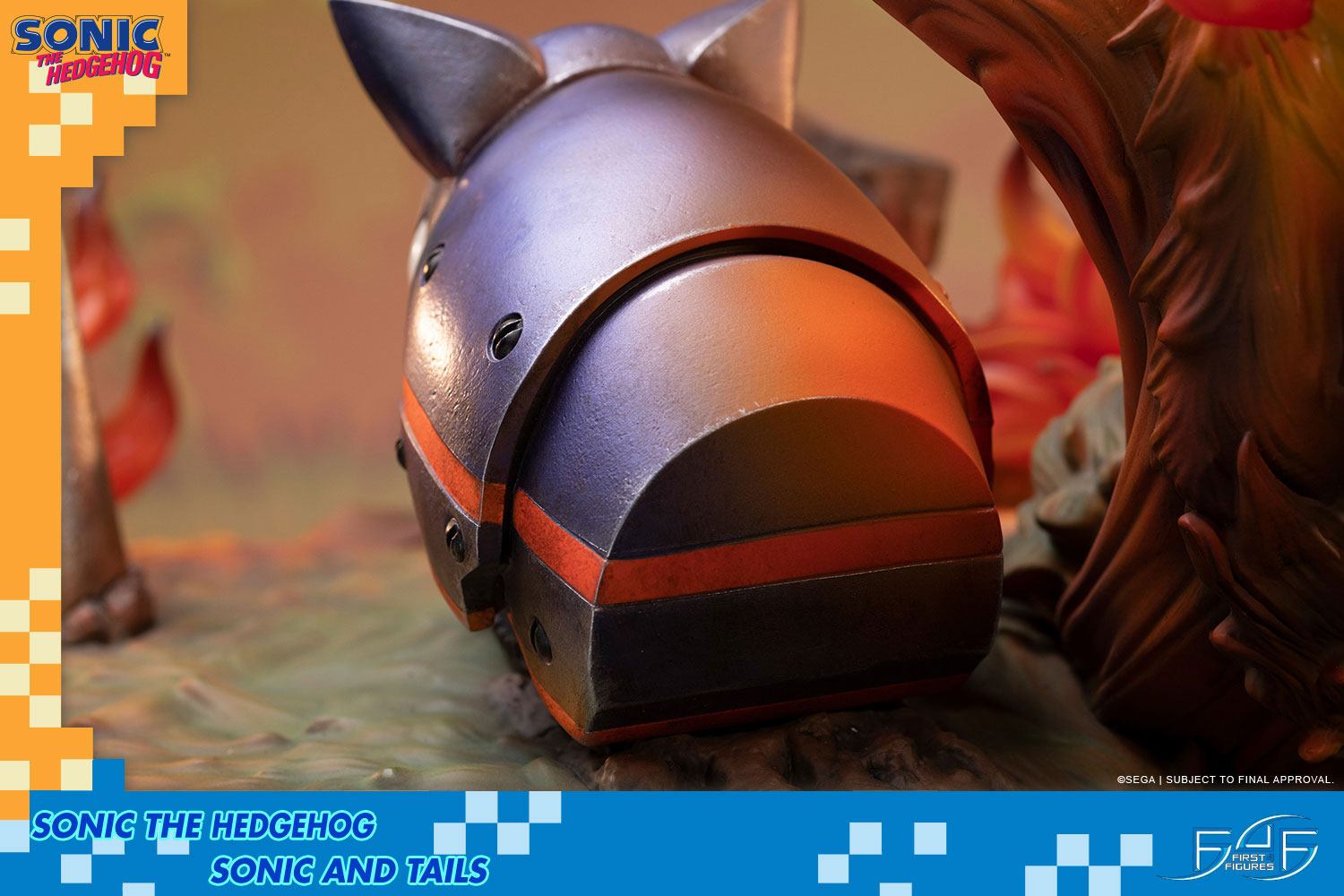 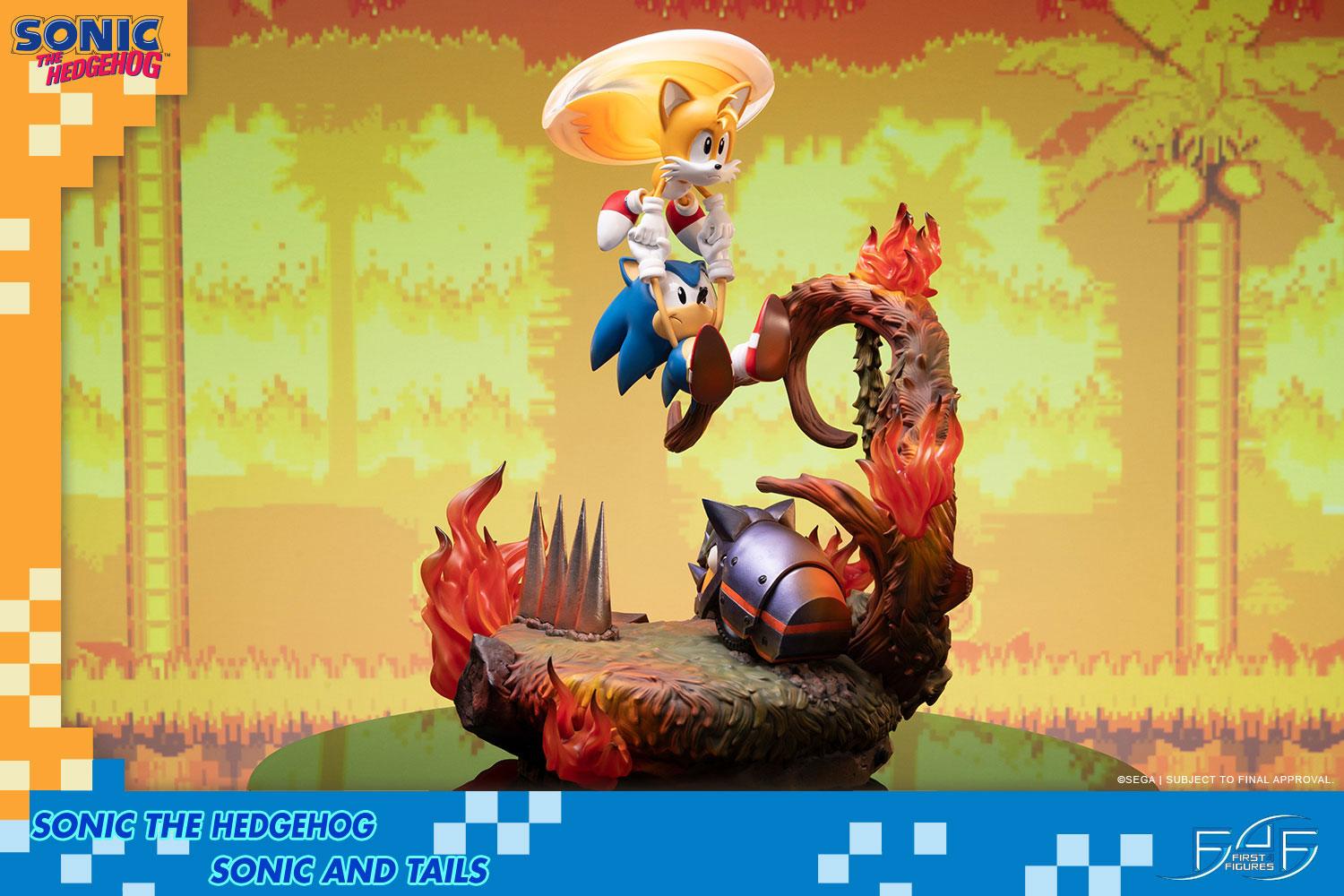 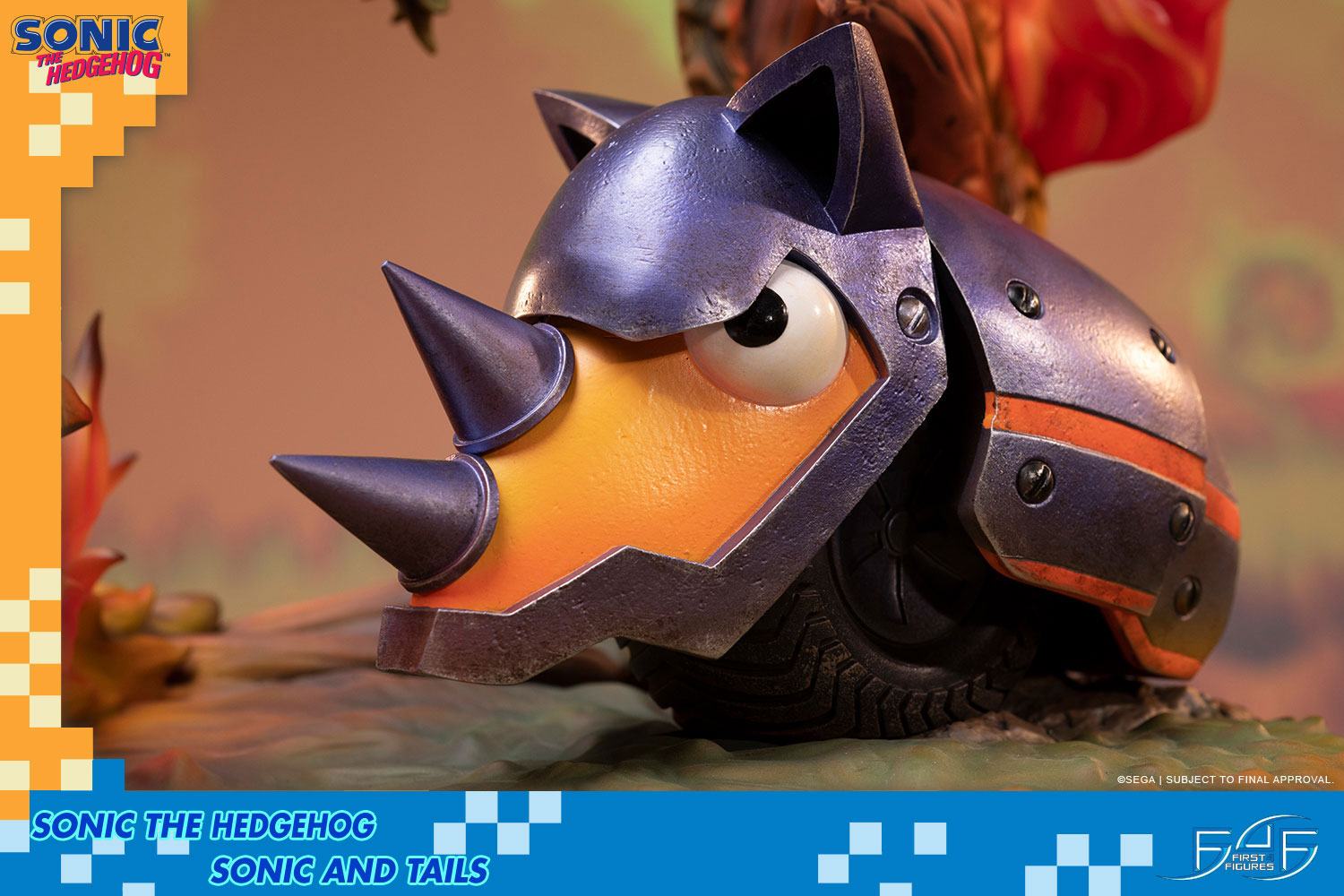 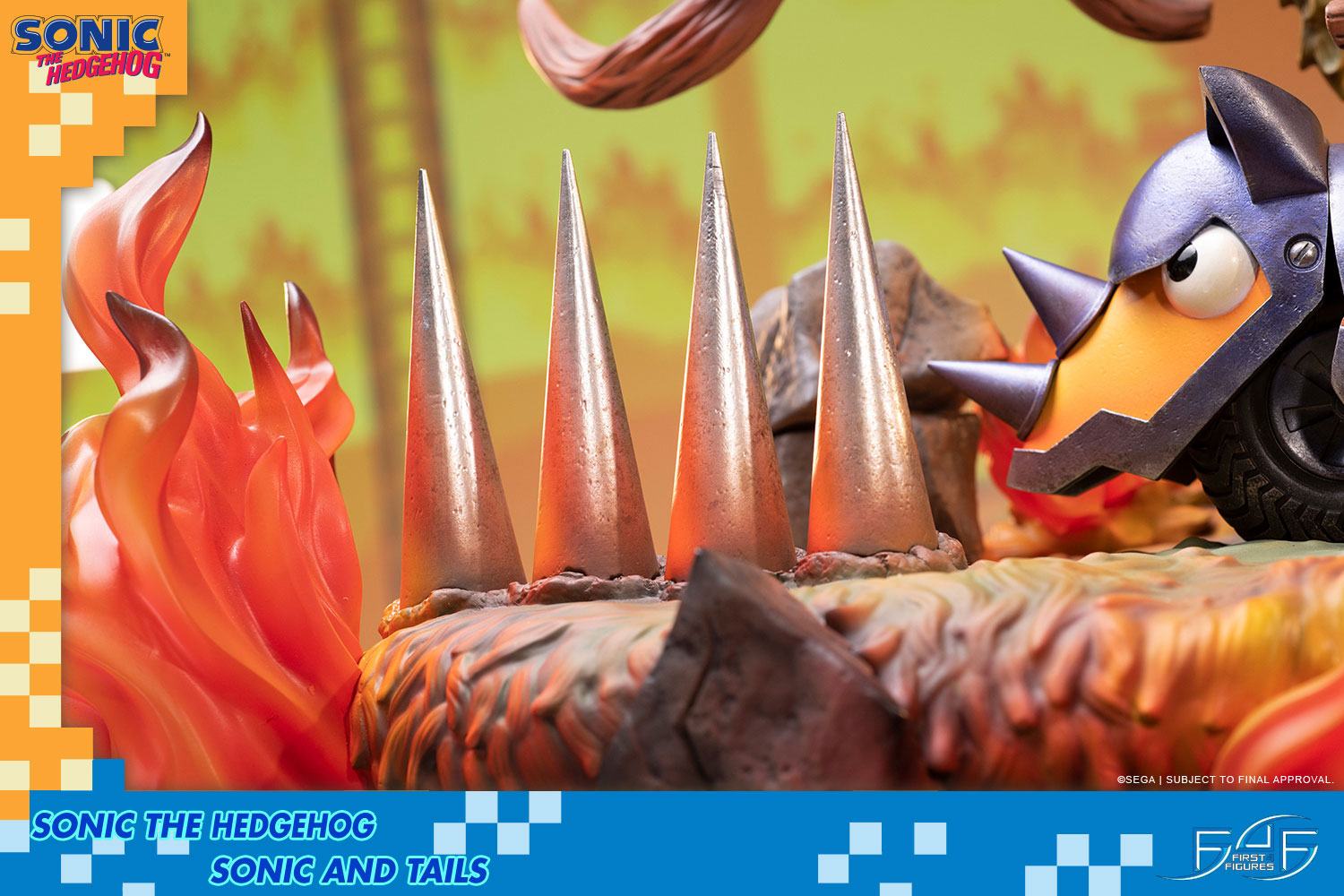 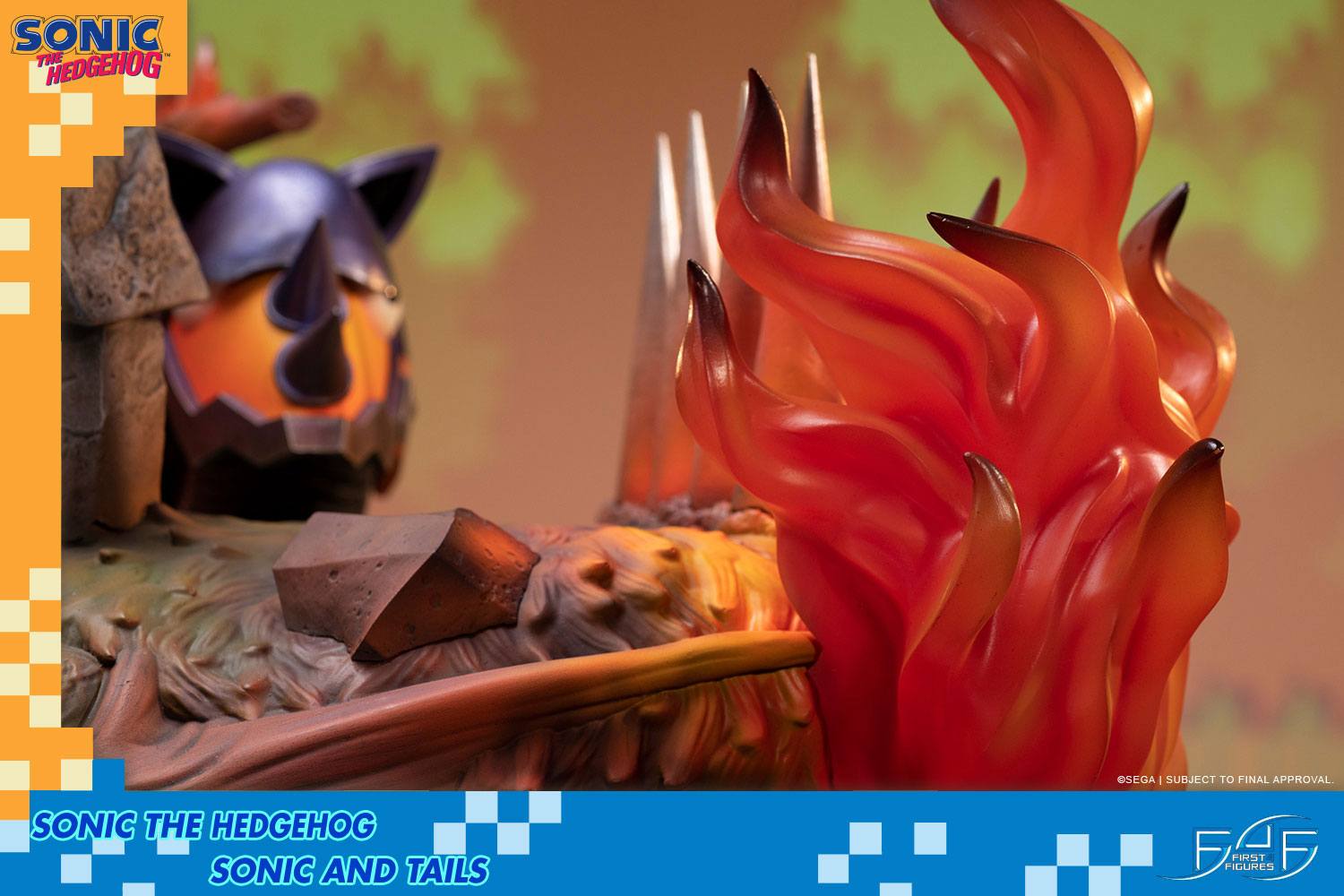 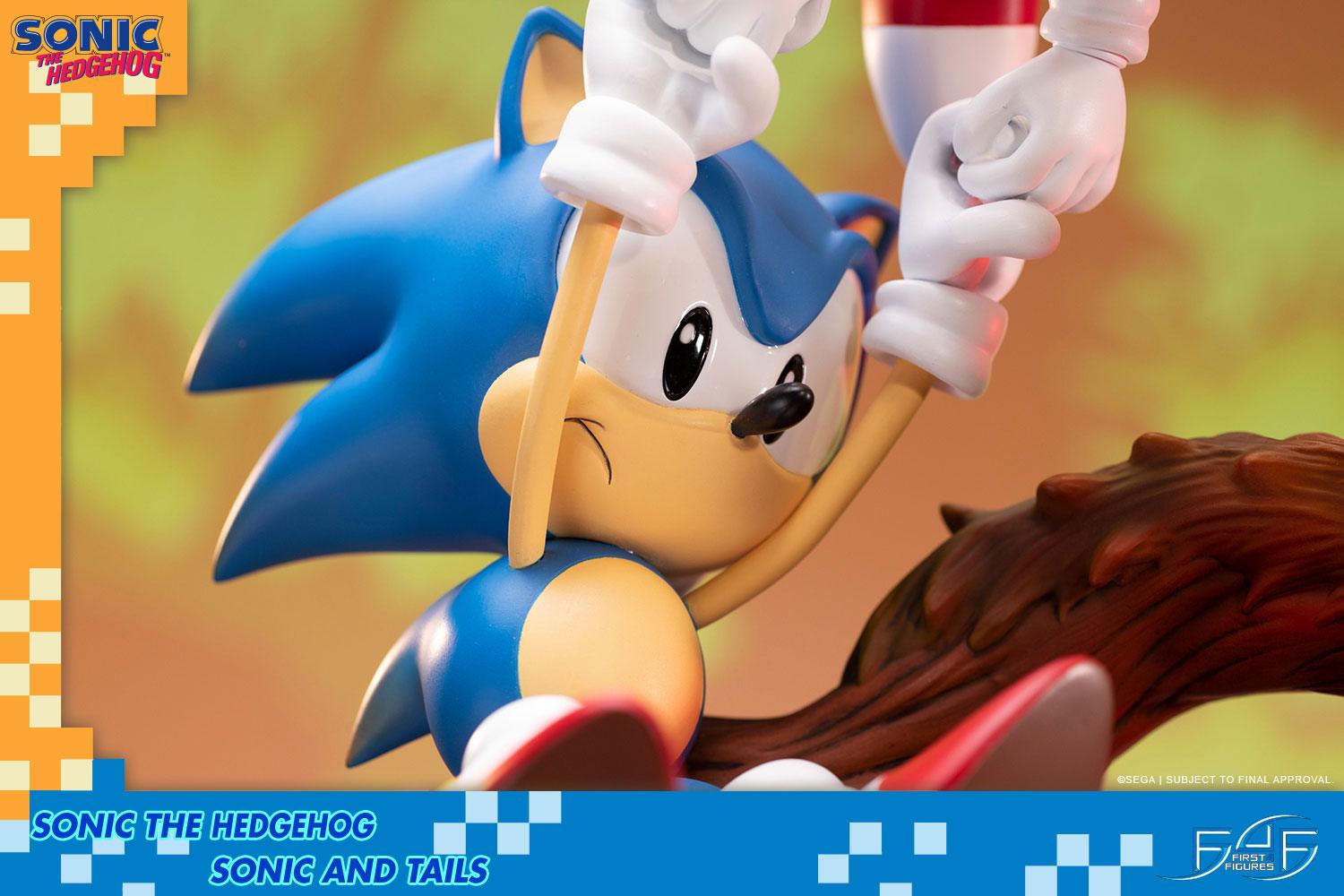 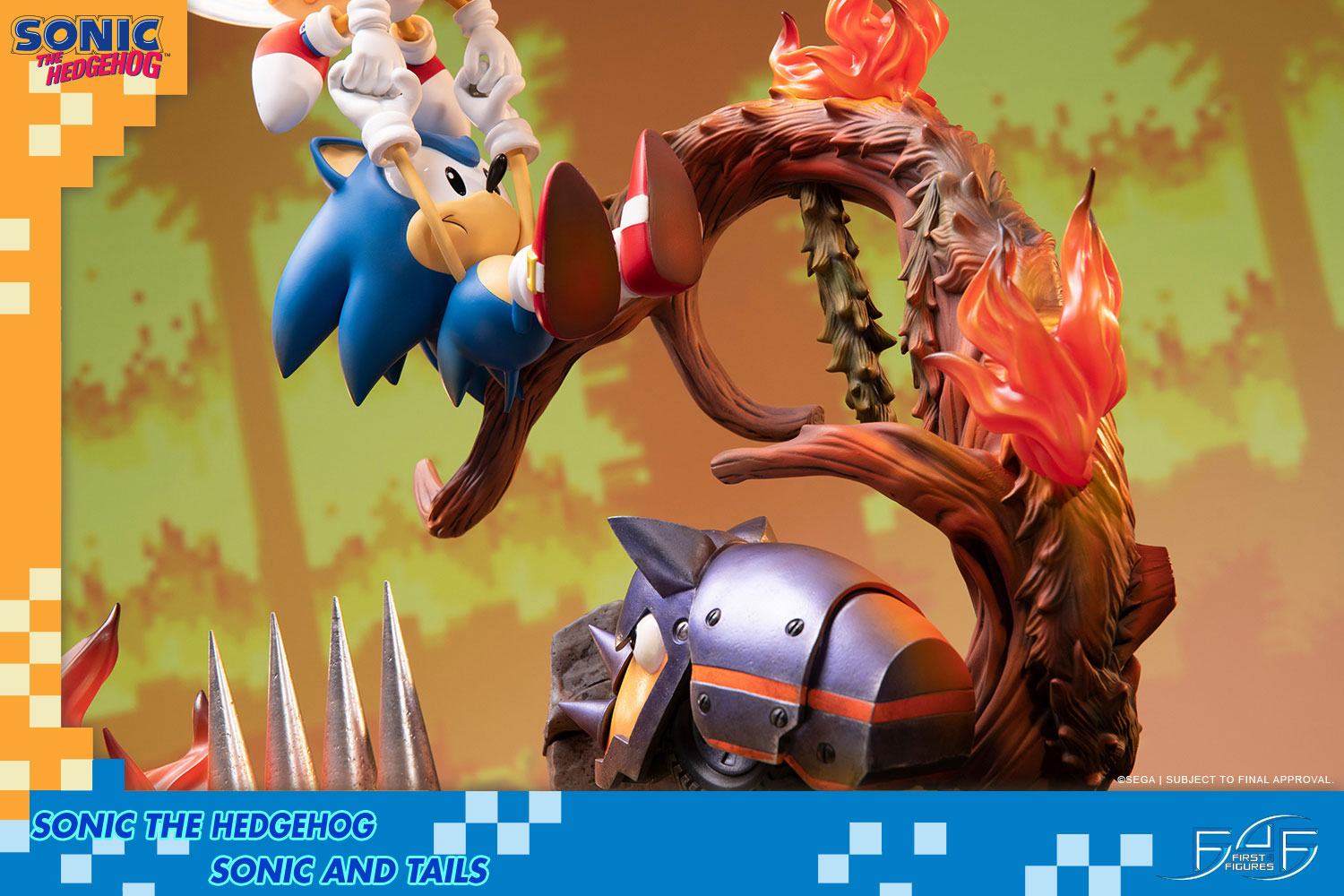 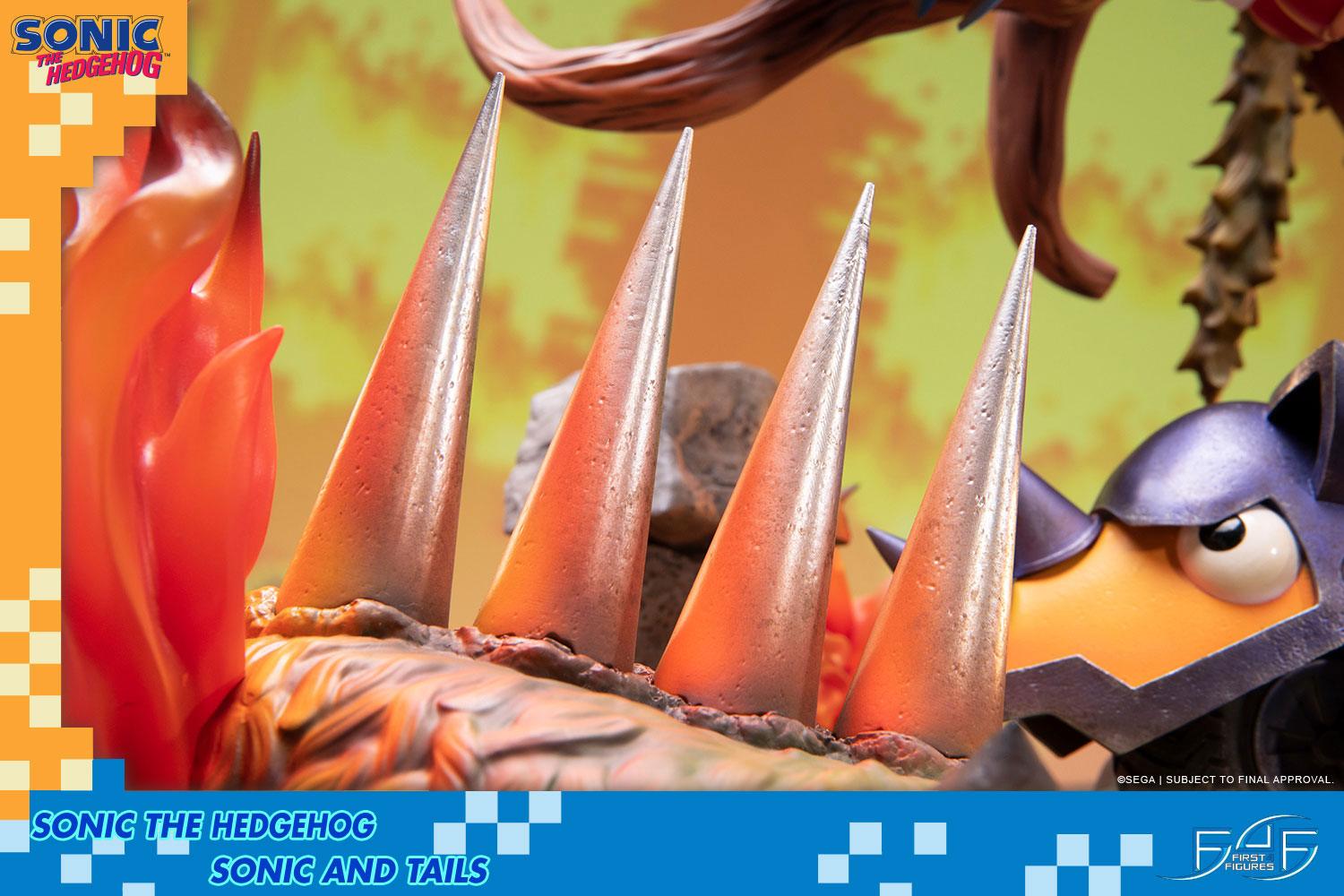 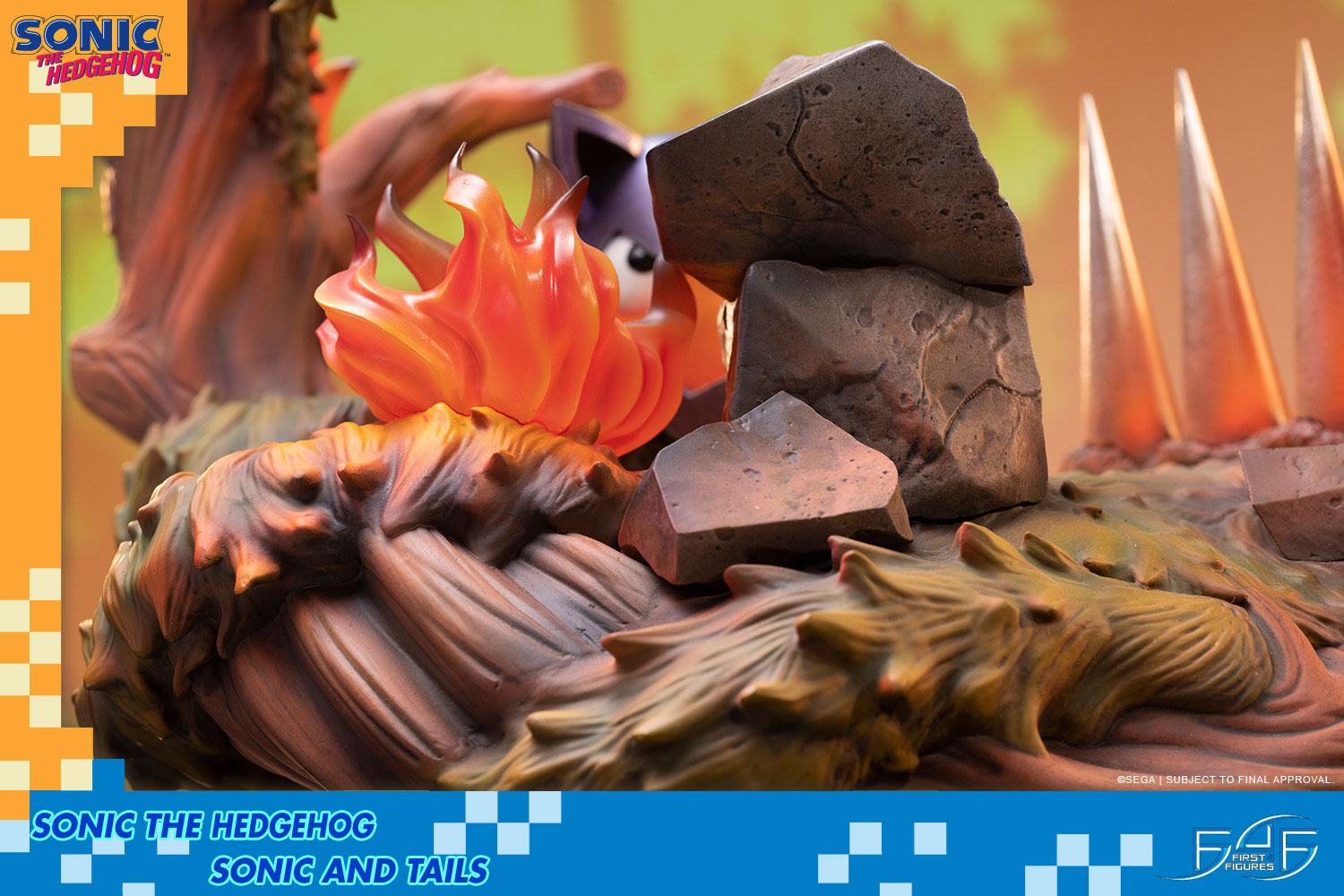 First 4 Figures is proud to present the highly anticipated Sonic and Tails statue.

Everyone young and old has at least heard of this blue hedgehog's name that has sped across generations. Since his debut back in 1991, Sonic the Hedgehog has become the iconic mascot of SEGA. He is best known for his unmeasurable speed, as he is said to be even faster than the speed of sound. As the eponymous protagonist of his own franchise, it is up to him and his friends to put a stop to those that pose a threat to their world.

Miles "Tails" Power is Sonic's best friend and trusty sidekick throughout all his adventures. The fox was born with twin-tails, hence his nickname. By using his tails as a propeller, Tails is able to fly in the air and carry his friends across difficult-to-traverse landscapes. Coincidentally, he is also an expert pilot and mechanic.

Following the events of Sonic the Hedgehog 2, Dr. Eggman's Death Egg crash-landed on a mysterious body of floating land known as Angel Island. The impact was so immense that both the ship and the island plunged into the ocean, causing a massive tidal wave. Unfortunately, the space fortress was still in repairable condition, and Sonic's rival plans on locating and misusing the Chaos Emeralds found on the island to fix his craft and regain orbit in space.

At the beginning of Sonic the Hedgehog 3, Sonic and Tails arrive on the scene to investigate the tidal wave, only to find that the animals of the island have already been turned into Badniks. Shortly after, they encounter yet another invention of Dr. Eggman that unleashed a rain of missiles that set the once peaceful jungle ablaze. It is up to the dynamic duo yet again to put an end to Dr. Eggman's diabolical plans once and for all.

Lord of the Rings: The Ring of Aragorn Size 9

Lord of the Rings Replica 1/1 Helm of Elendil