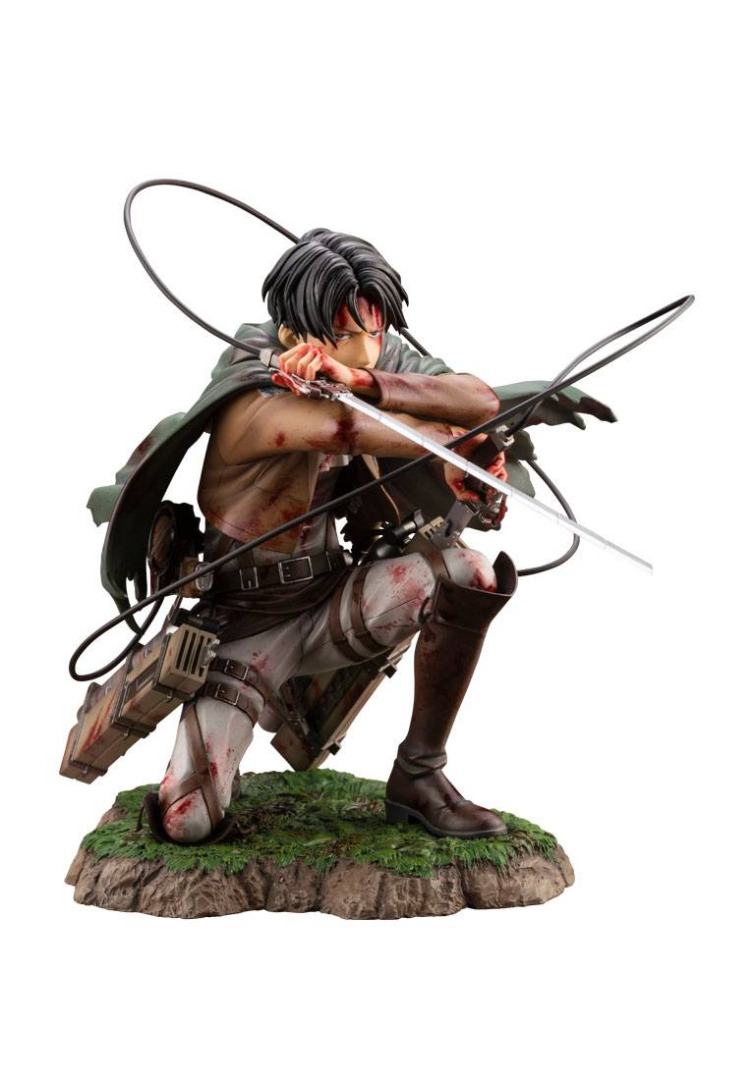 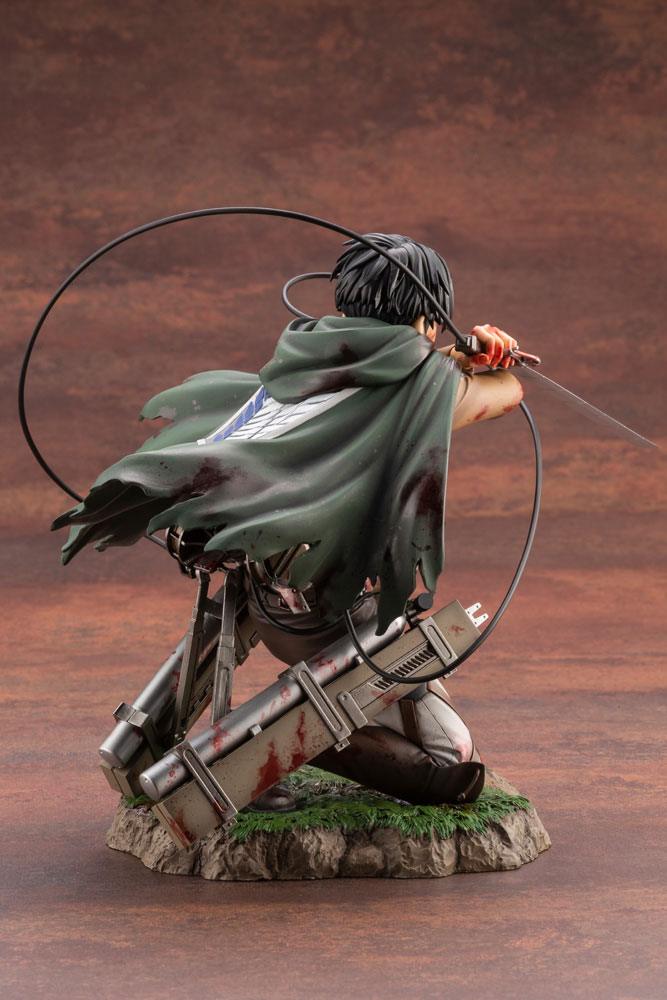 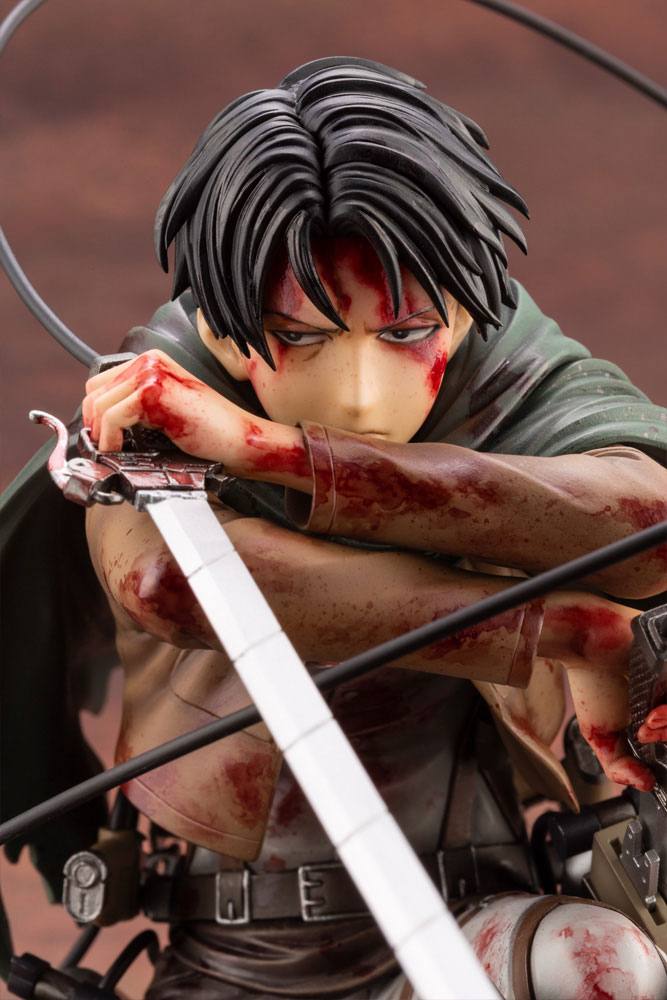 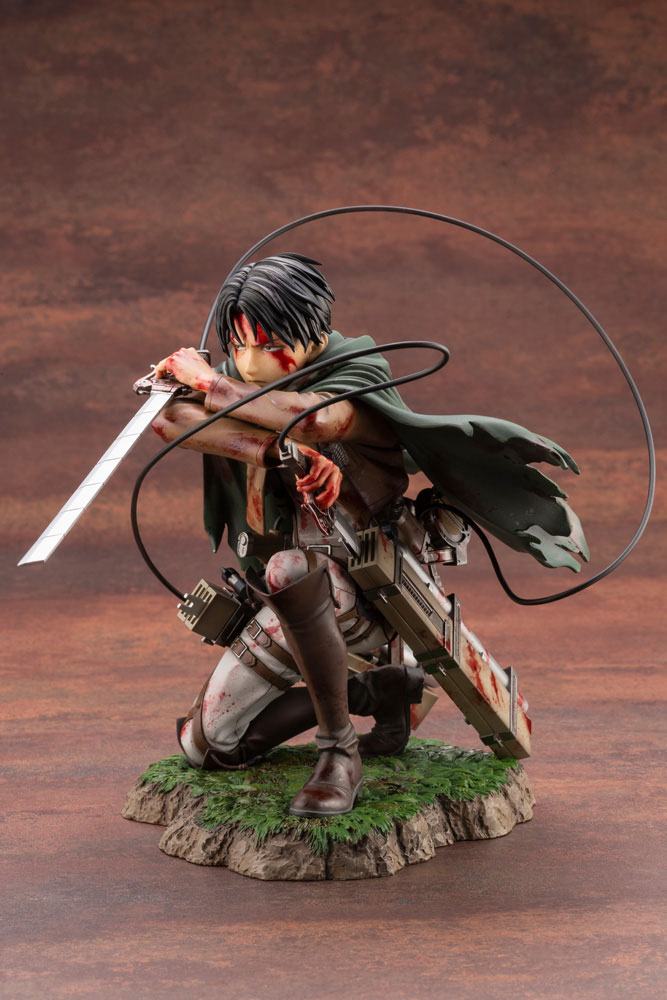 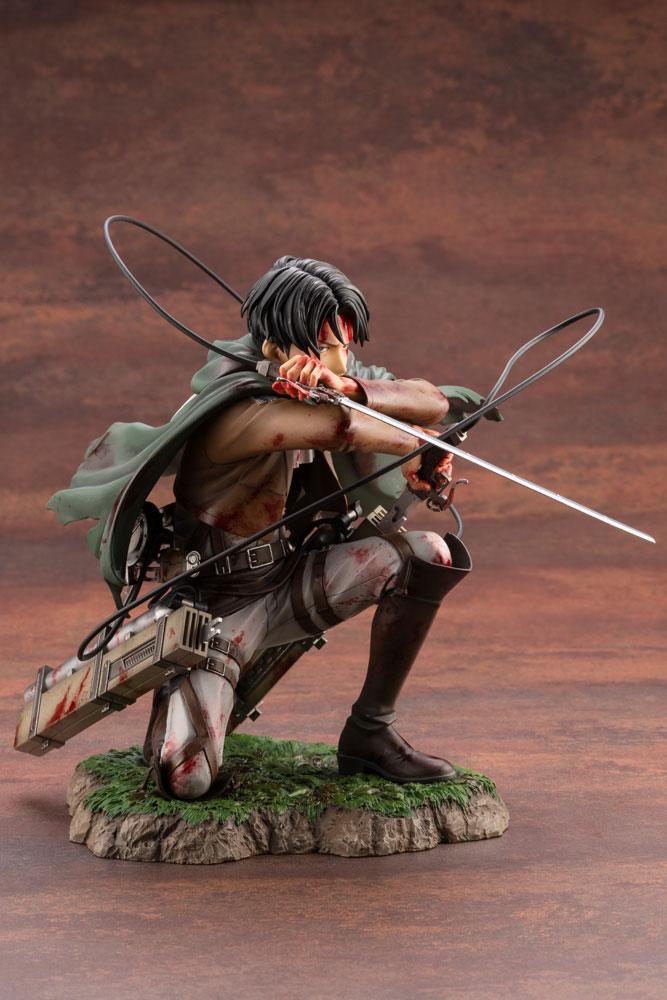 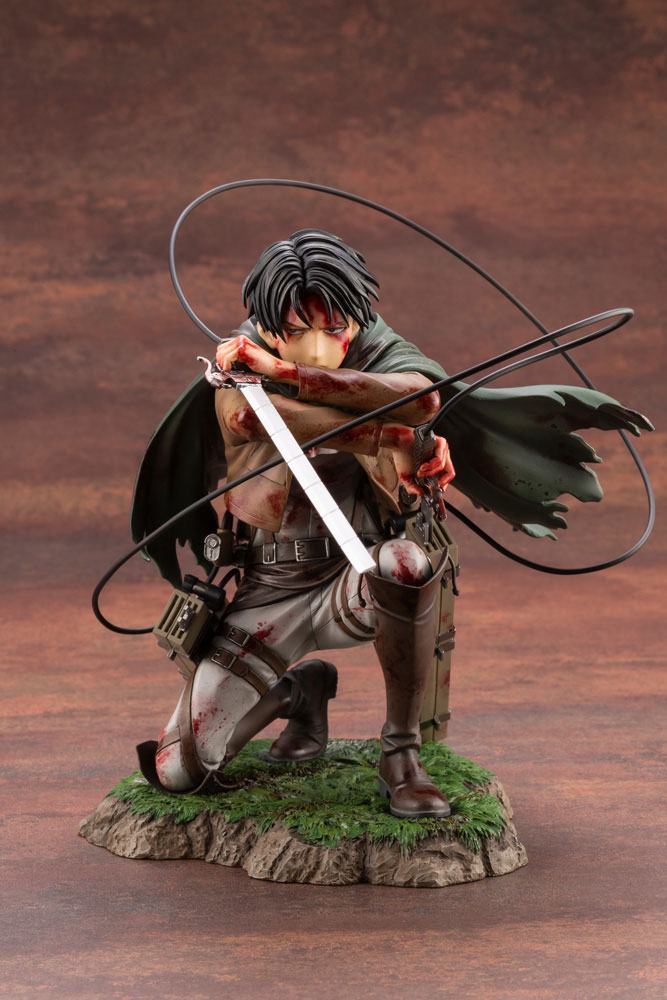 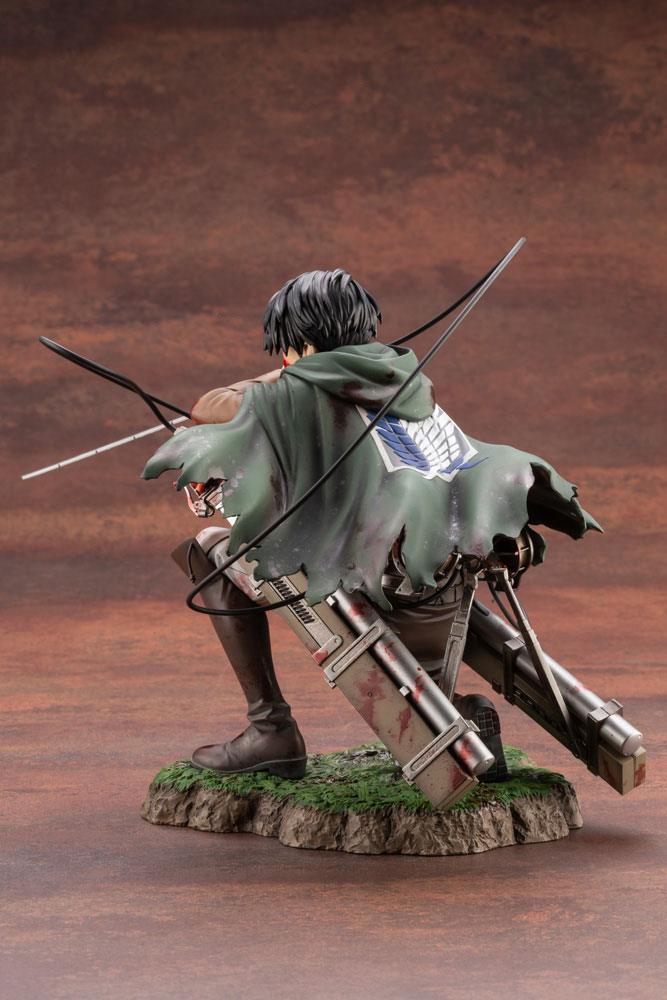 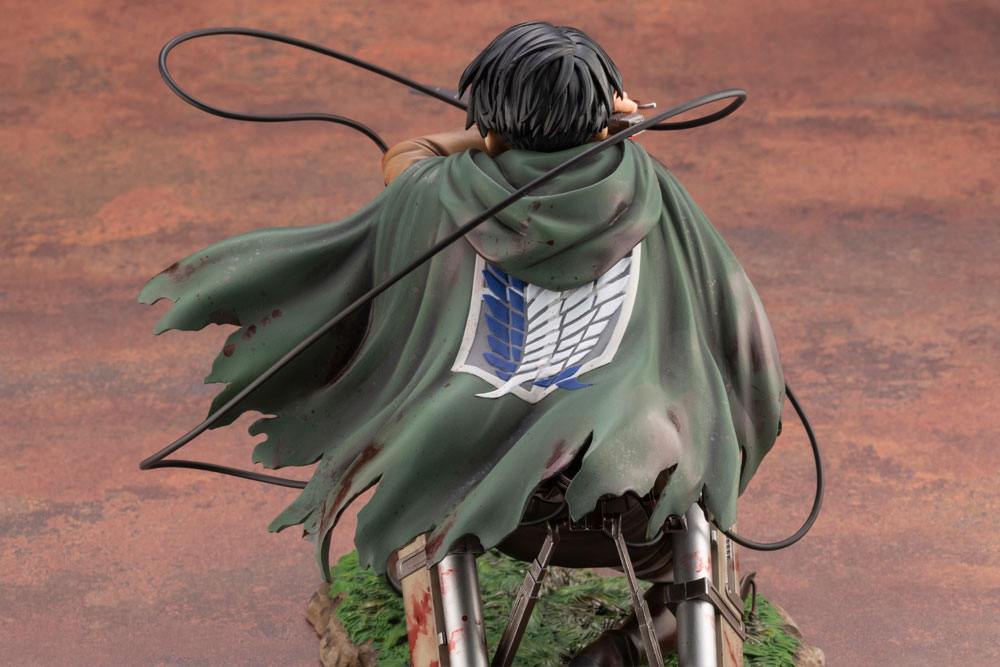 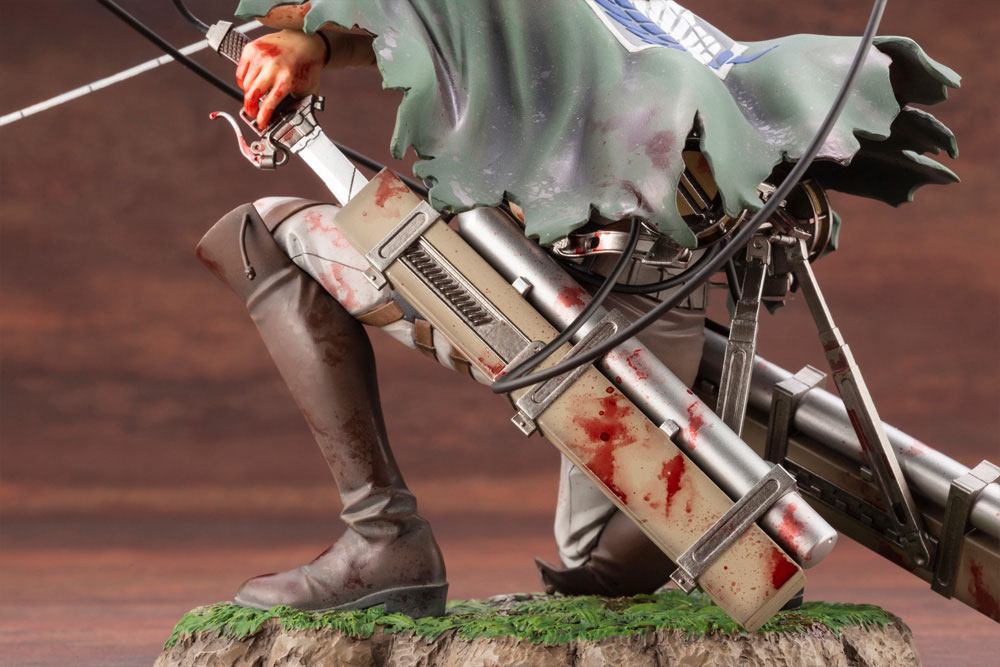 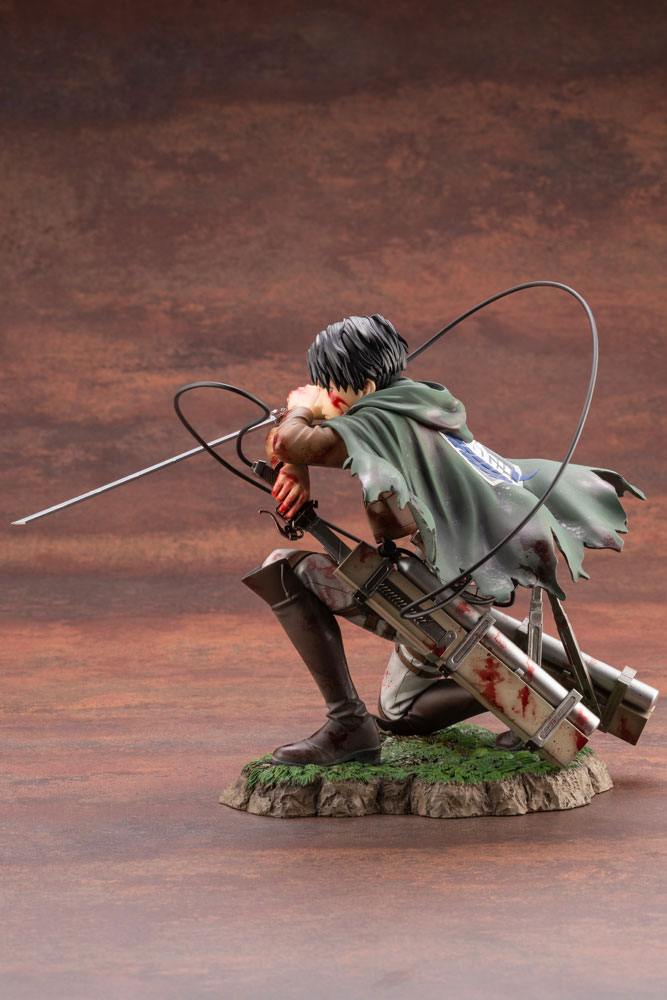 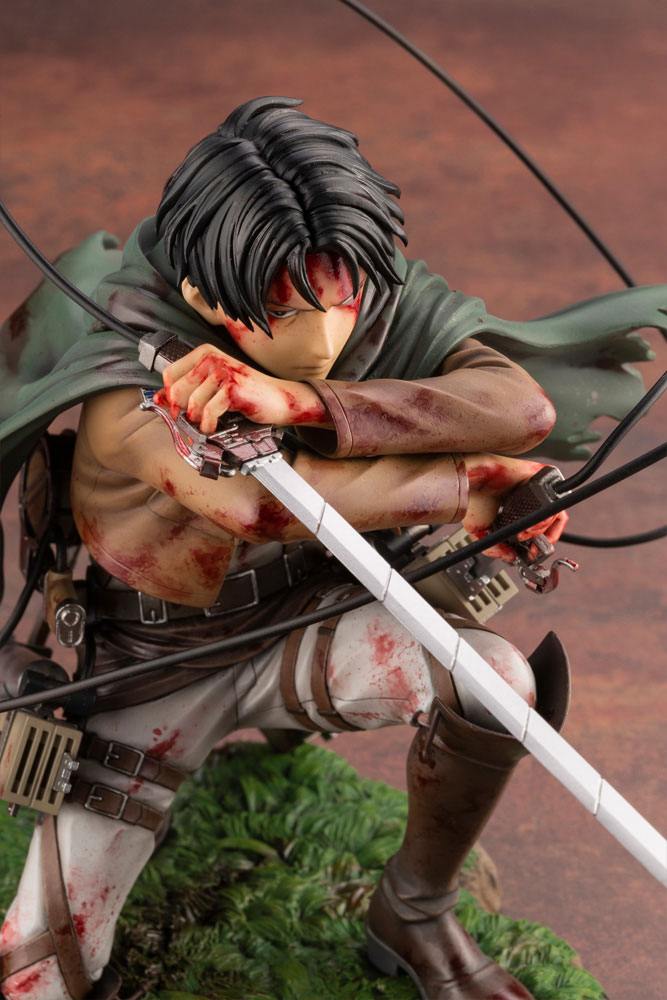 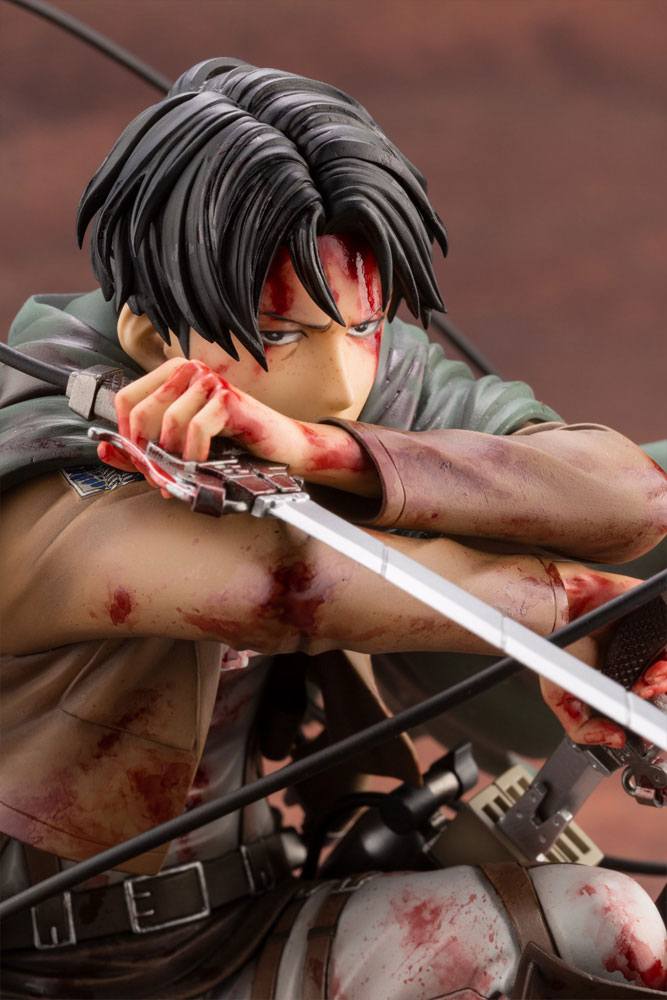 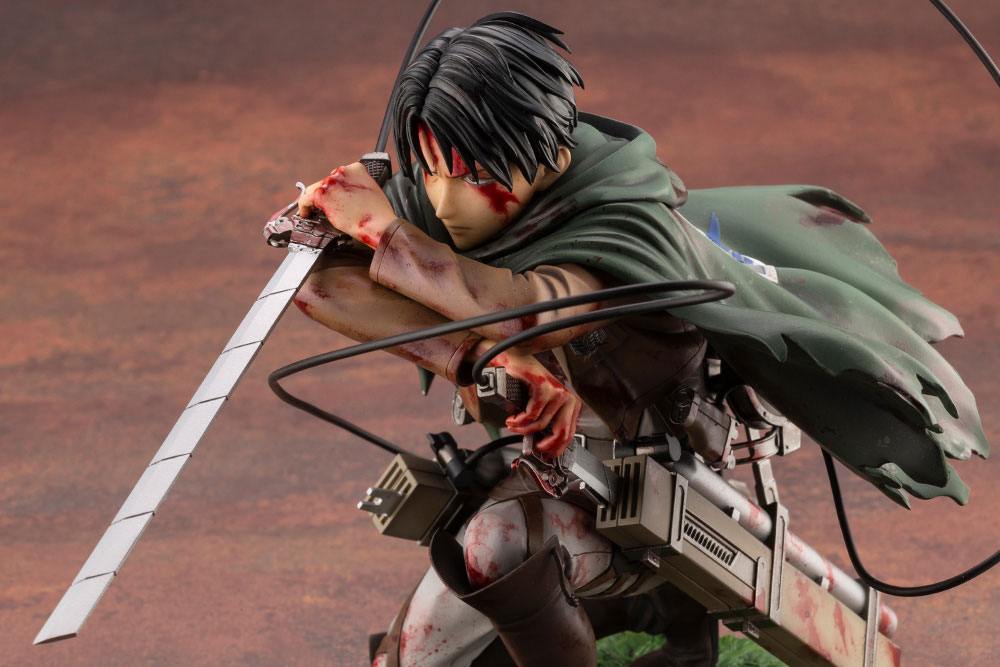 An all new rendition of the world's most valiant squad captain of the Special Operations Squad in the Survey Corps joins Kotobukiya's ARTFX J series!

Levi from one of the world's best-selling manga series, Attack on Titan, comes to life in a 1/7 scale figure! Attack on Titan has sold over 100 million copies of its manga worldwide, and this rendition of Levi will be sure to please fans of both the manga and anime series.

Although wounded in combat, Levi can be seen pointing the blade of his Three Dimensional Maneuver Gear at his enemy in this scale figure rendition. Despite Levi's body being covered in wounds and uniform tattered throughout, his will to survive and fight to the end shows his strong "fortitude".

Shin Tanabe who sculpted Kotobukiya's original ARTFX J Levi has returned to craft this new rendition of Levi. Pay close attention This figure has been sculpted to perfection down to every small detail.

ARTFX J Levi Fortitude Ver. will be sure to please Attack on Titan fans worldwide. Be sure to welcome this masterpiece into your very own collection!