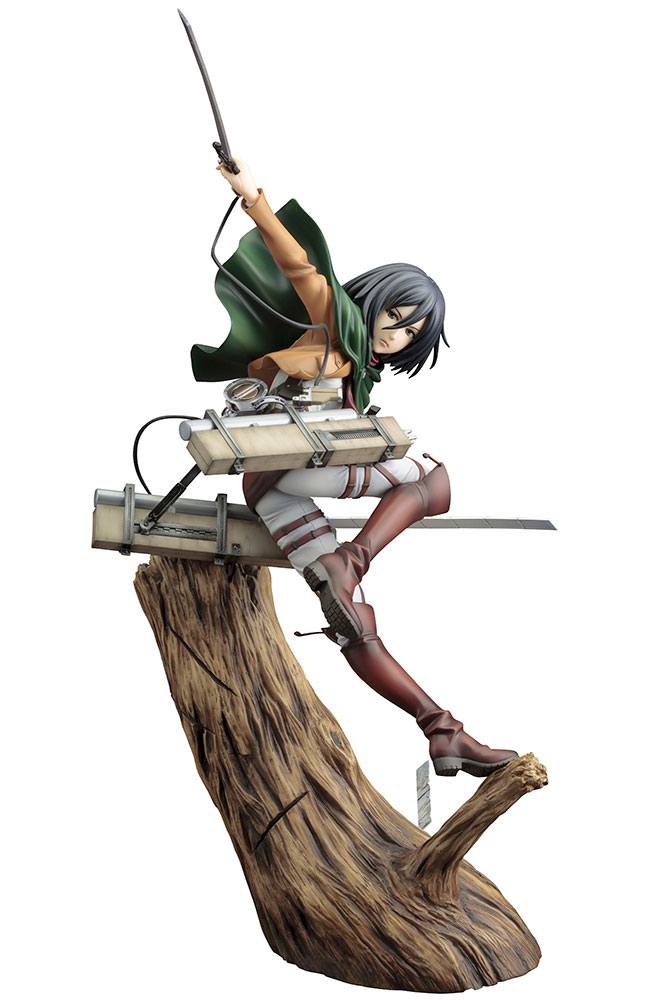 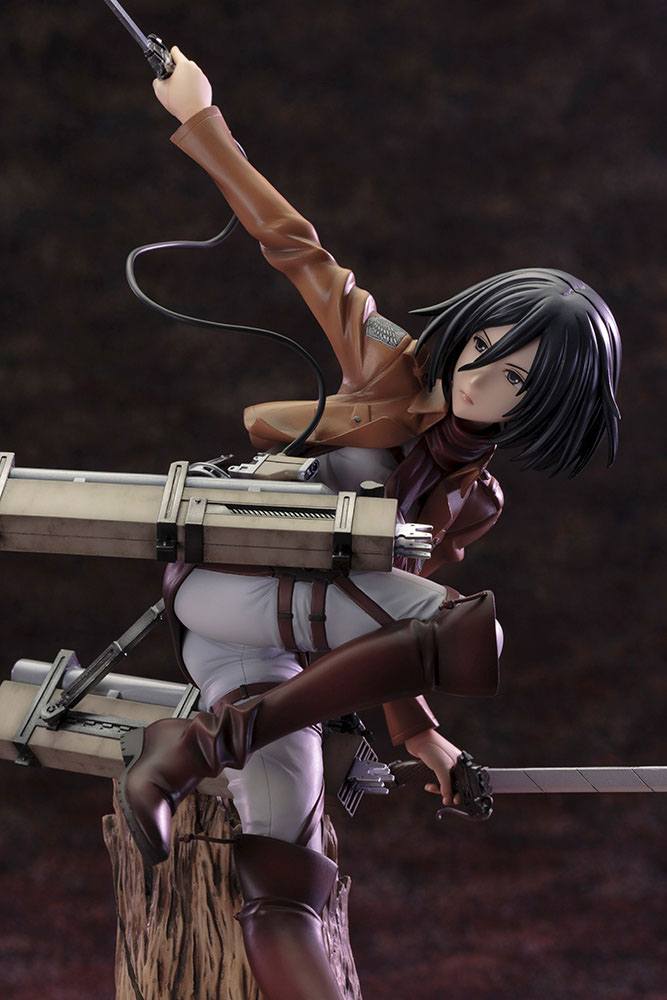 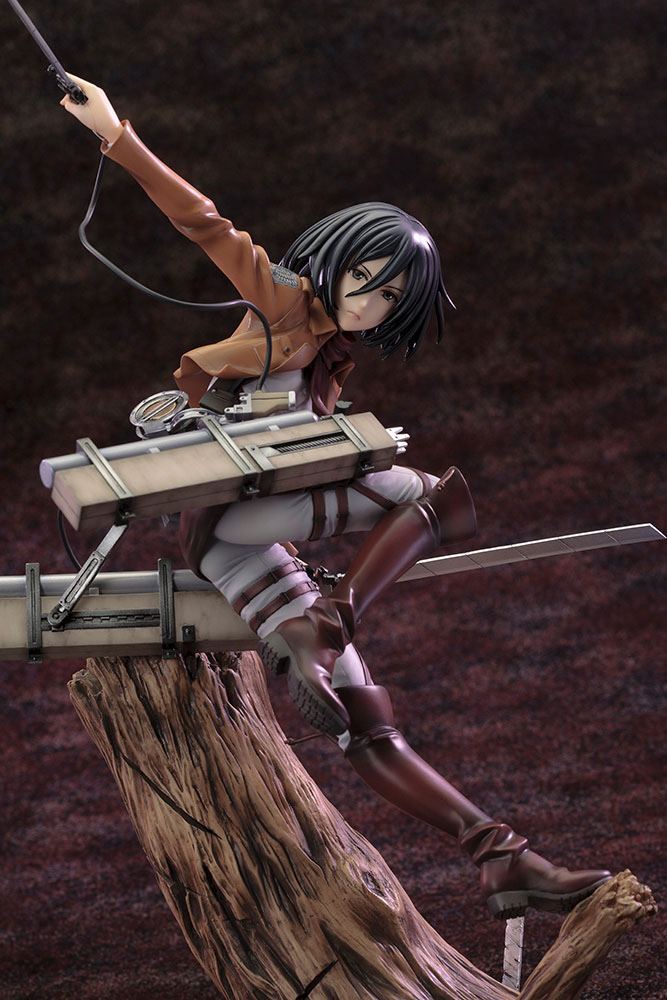 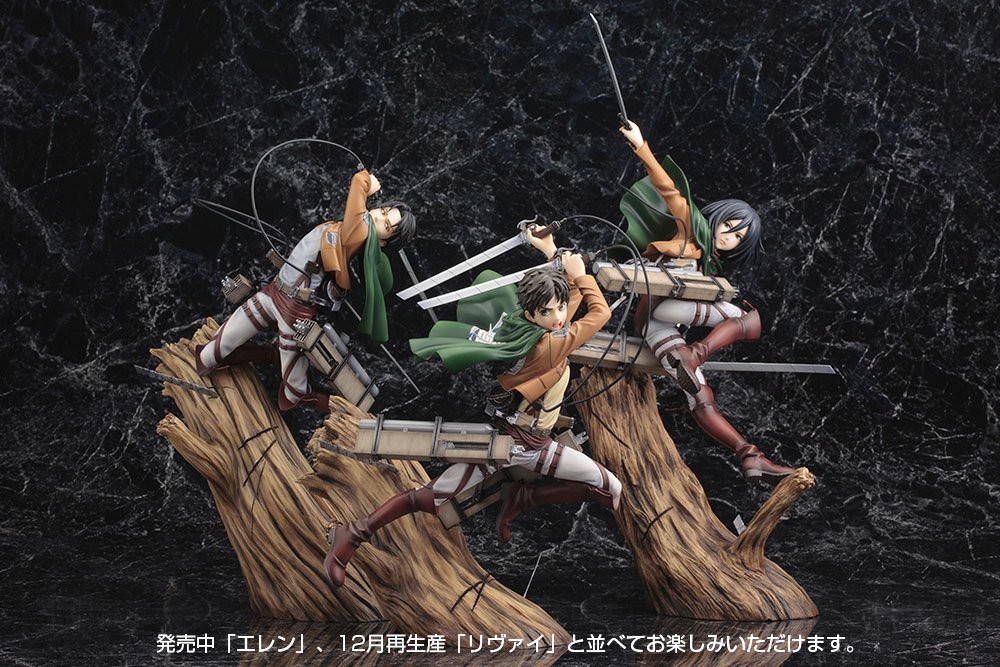 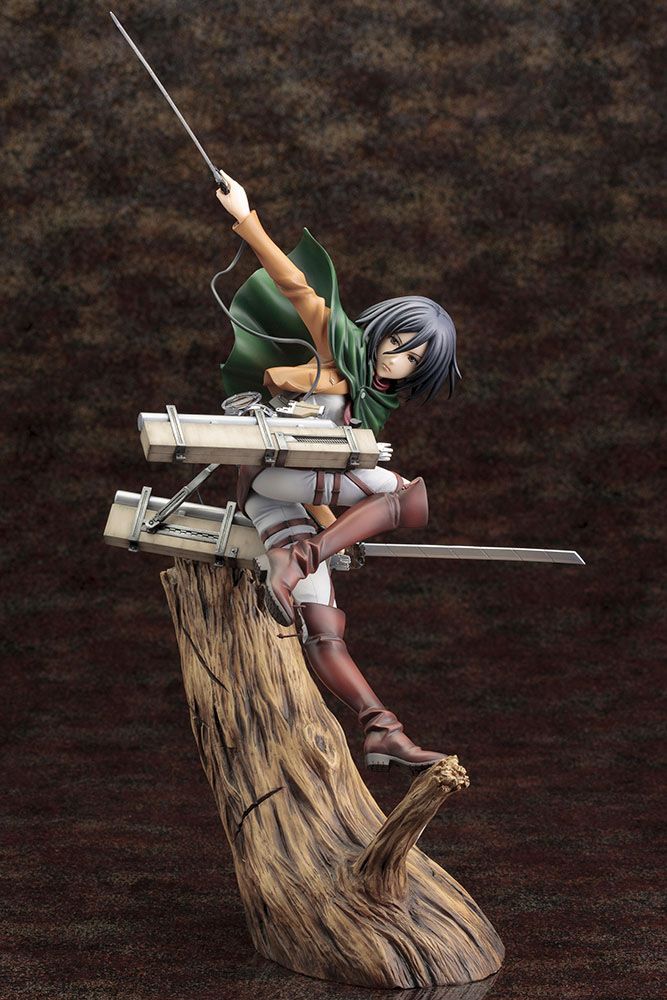 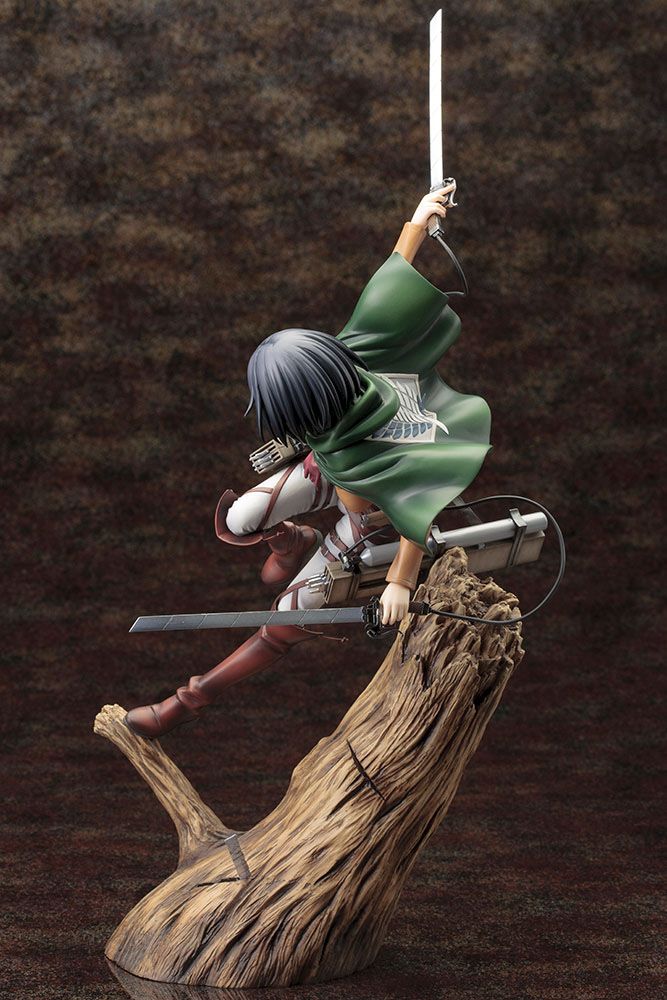 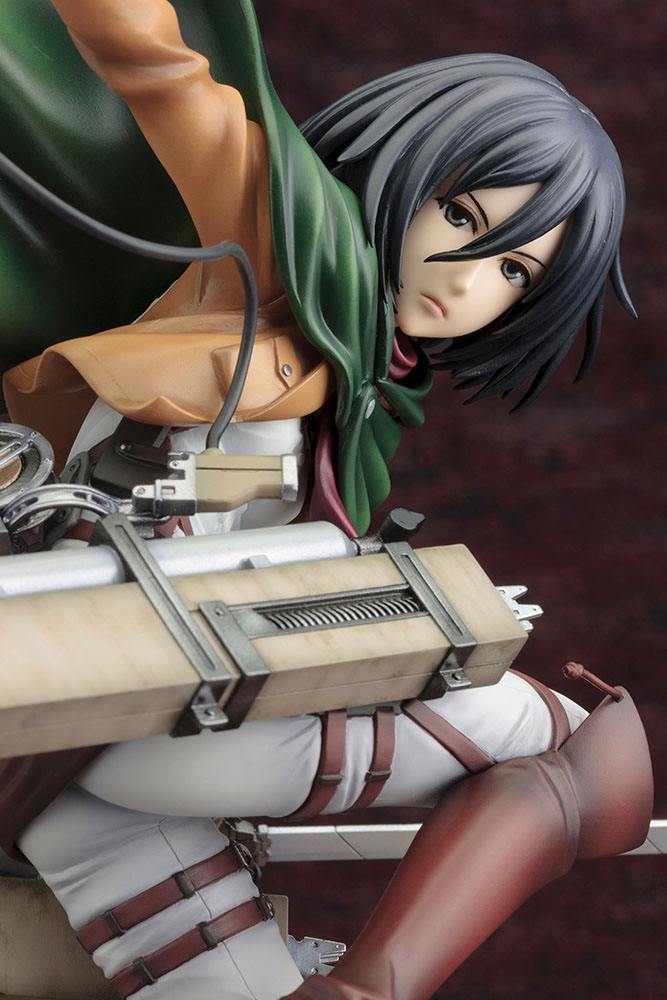 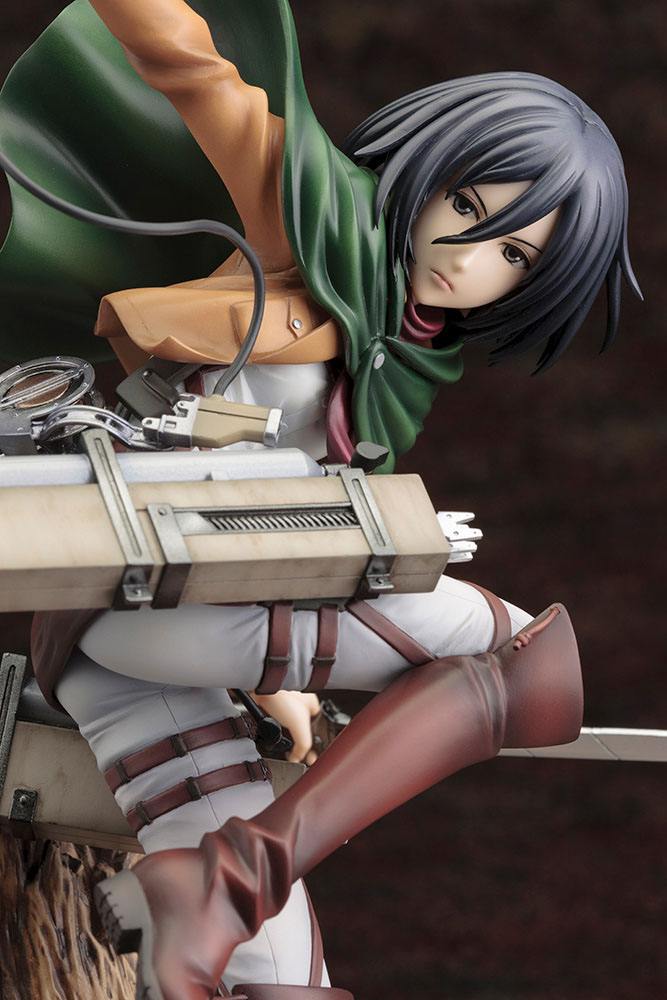 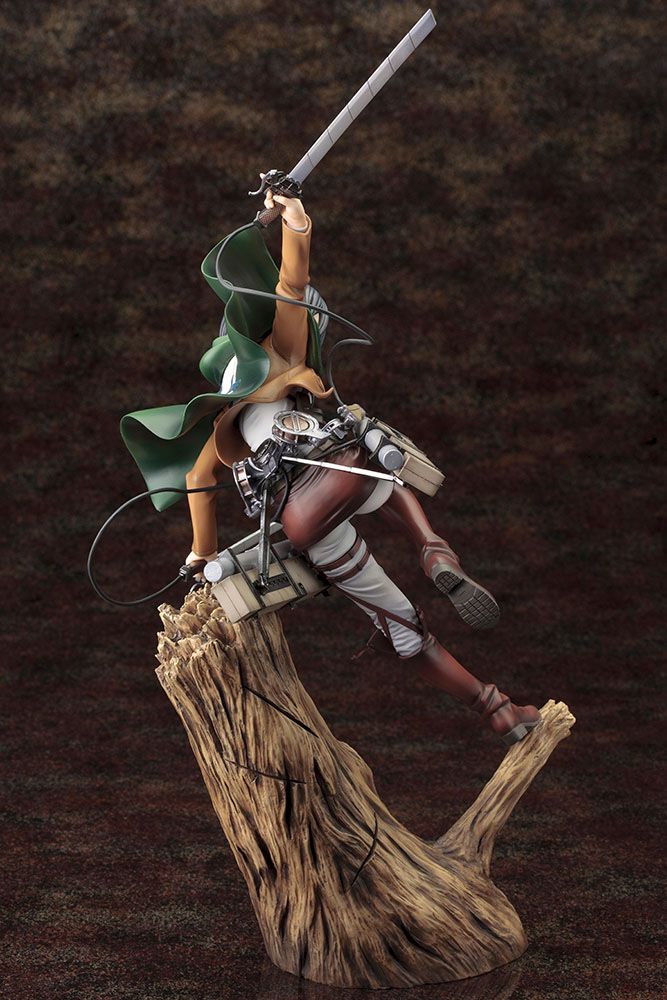 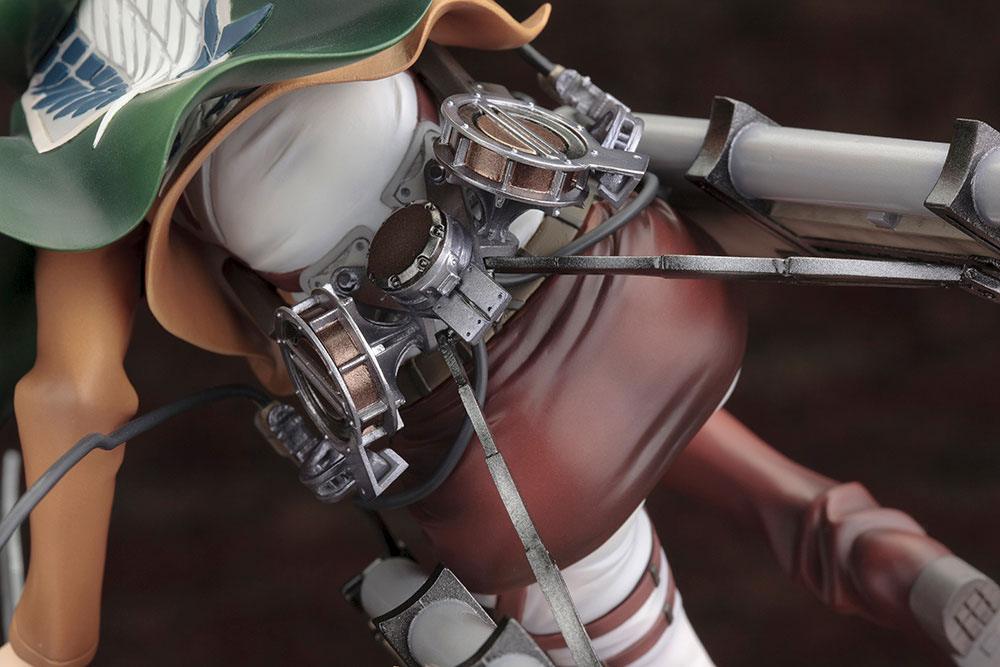 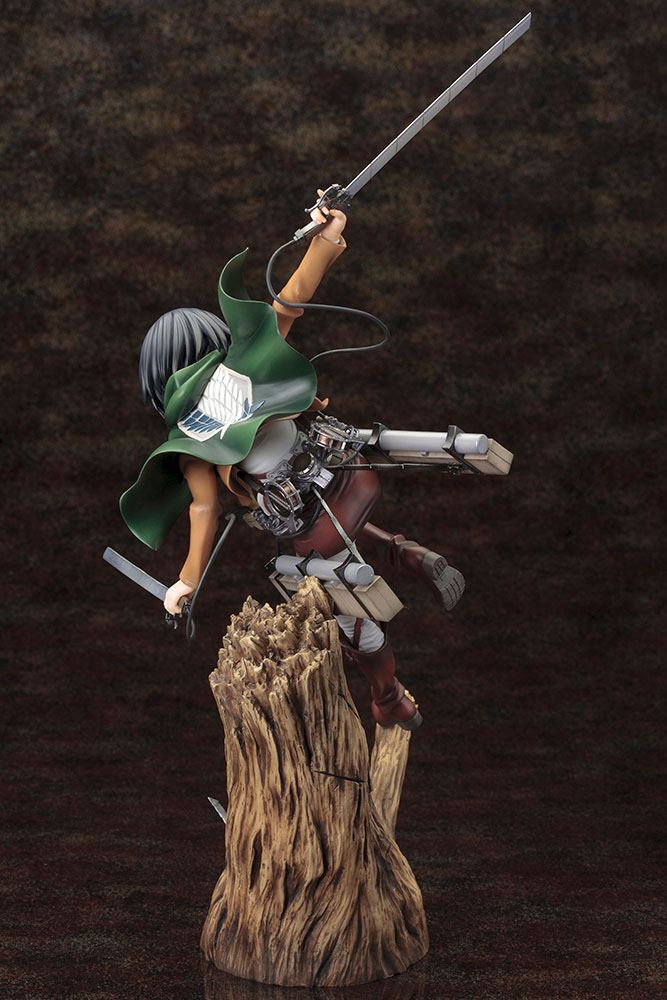 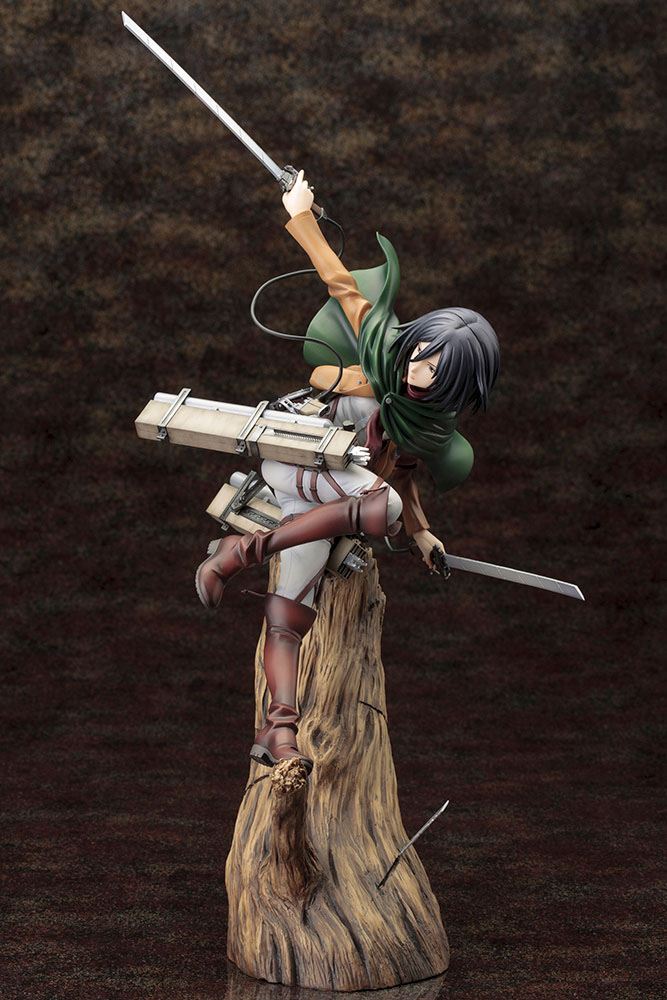 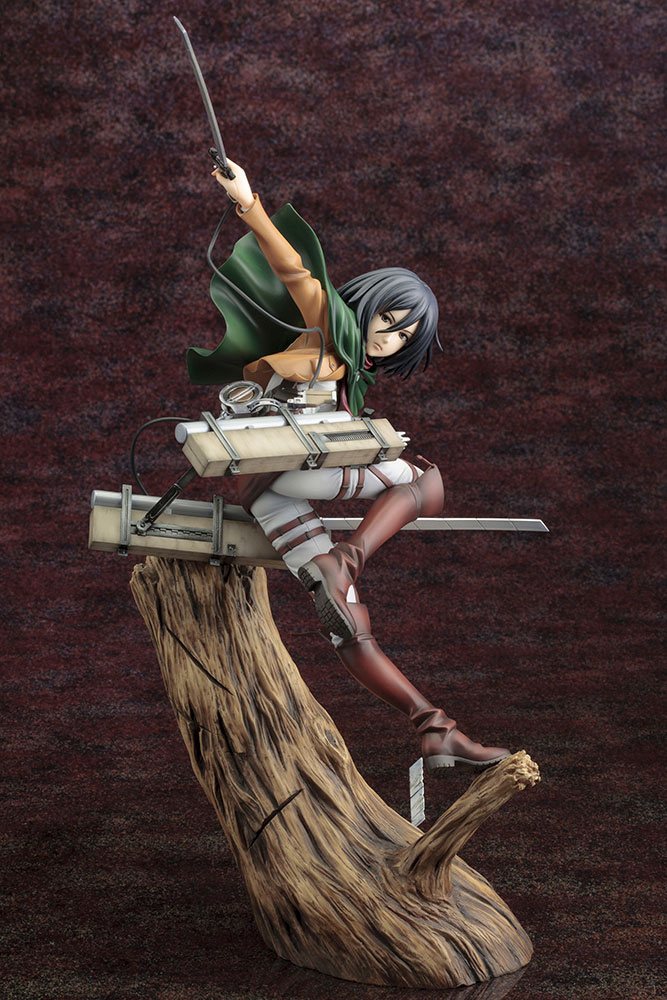 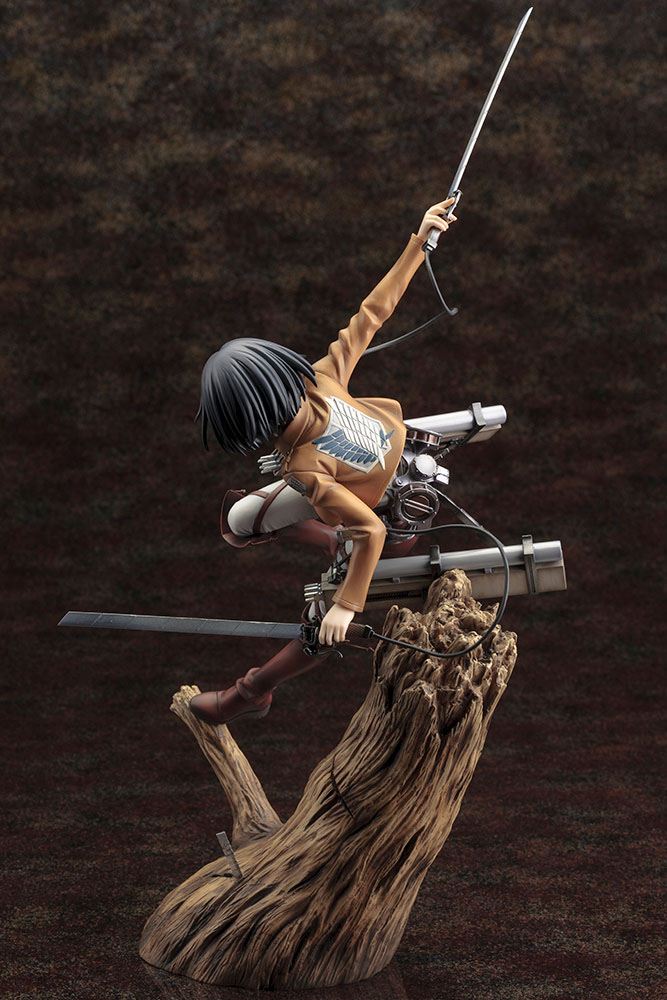 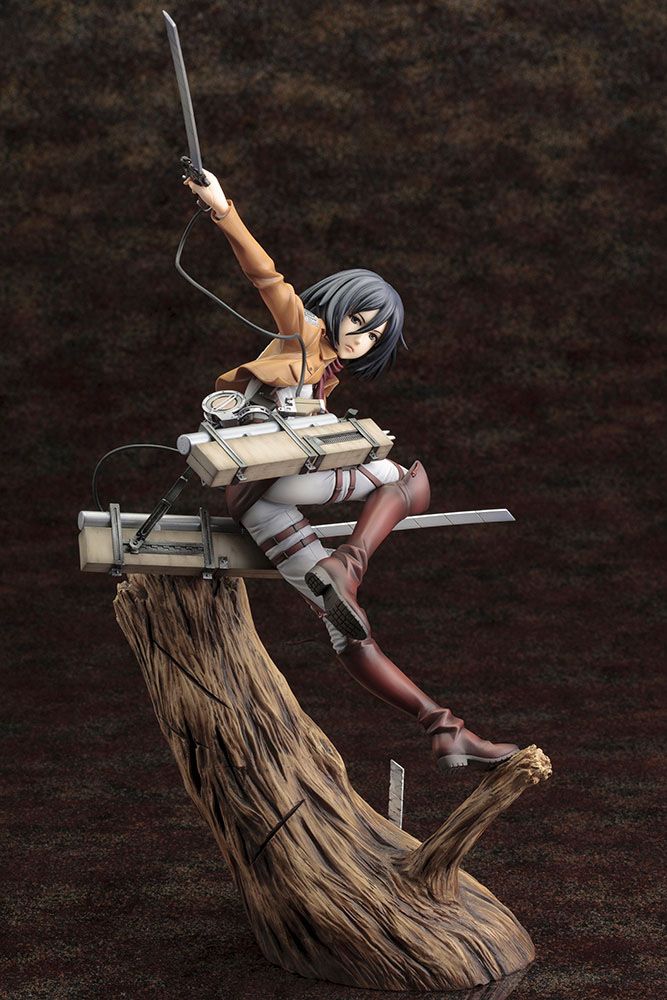 The figure is sculpted in a dynamic pose that evokes the image of a battle in the forest! Mikasa can be seen turning around while holding her ultrahard blade high in the air, reminiscent of a scene where she quickly leaps around during a battle against a Titan. Her sharp eyes and dignified expression, typical of Mikasa, are a major highlight of this figure.

The figure of Mikasa is of course detailed, but the vertical maneuvering equipment has also been sculpted in such fine detail that each component of the maneuvering equipment does not lose any essence of its machine-like look. In addition, every element of the large tree that serves as the base of the figure has also been finely sculpted: from the patterns of the bark to slash marks left across the trunk itself.

This figure features a removable cape, so it is possible to display this figure in two different styles.
<!-- <div class="row margin-bottom-40">