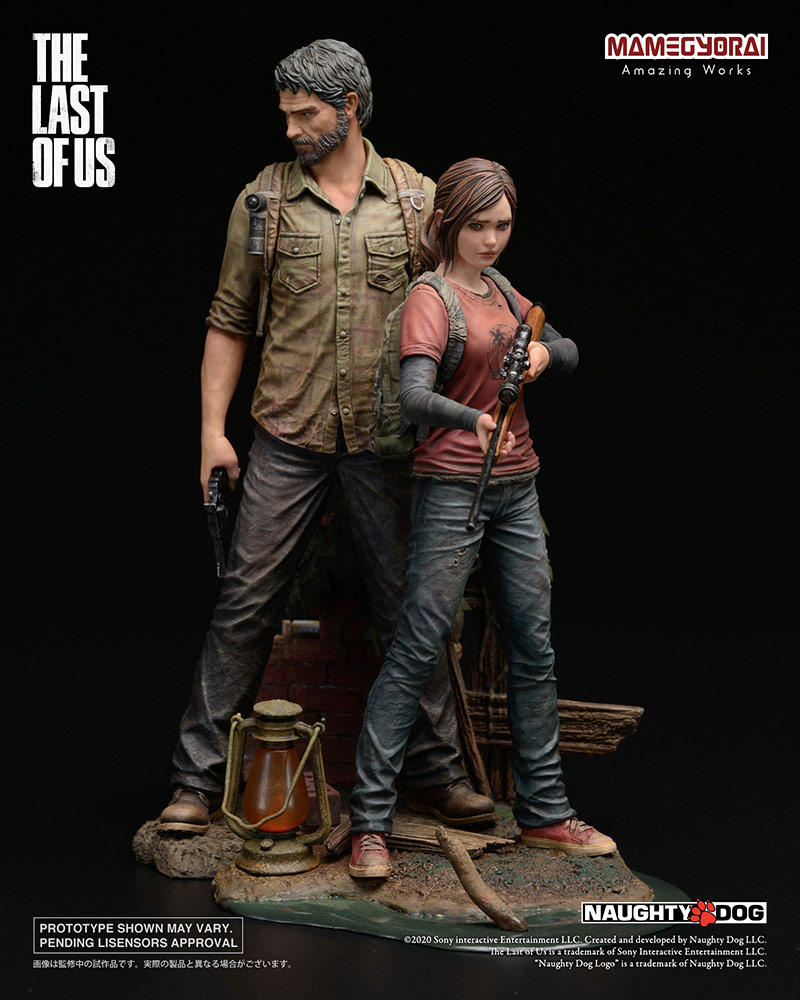 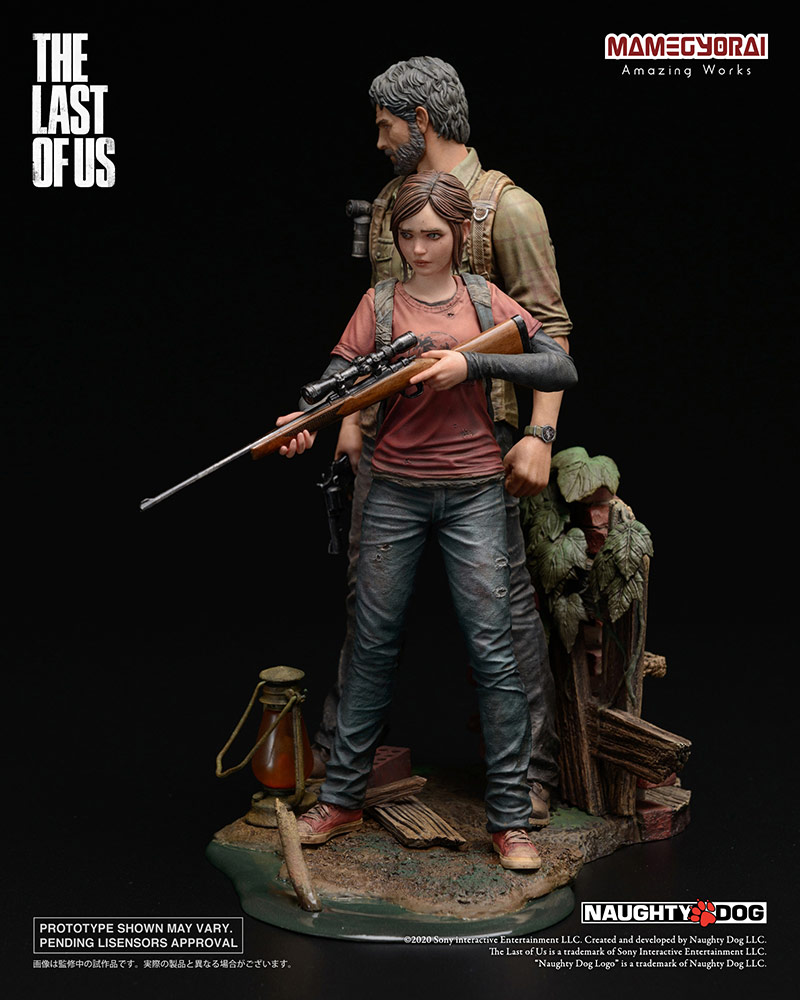 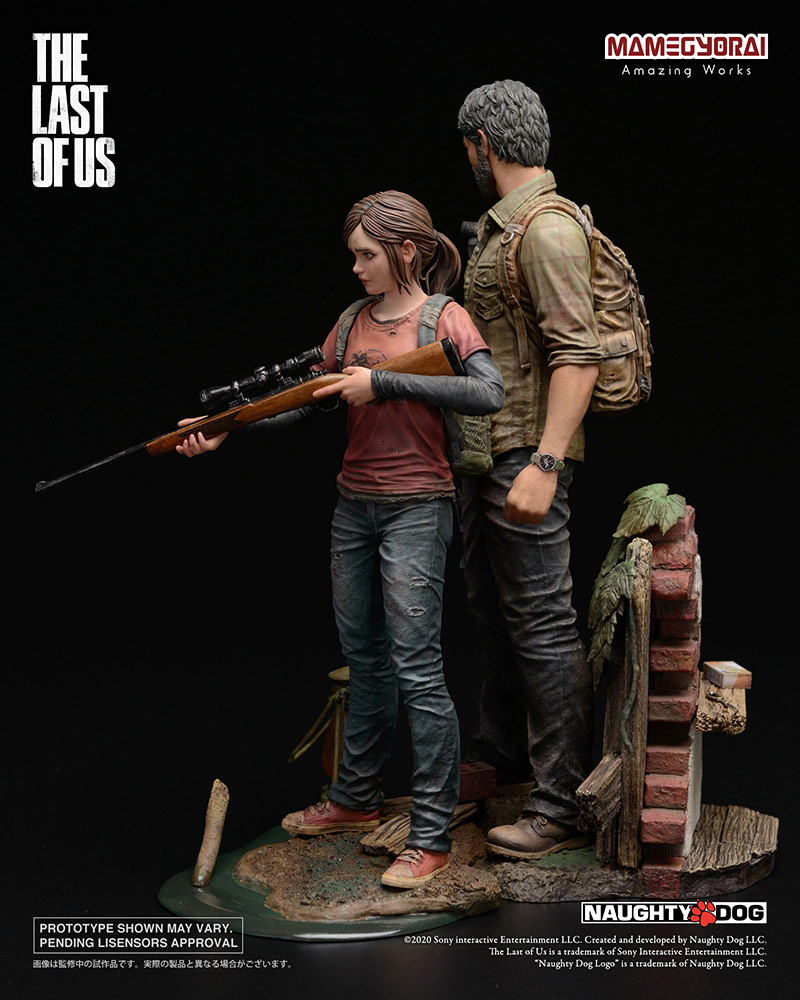 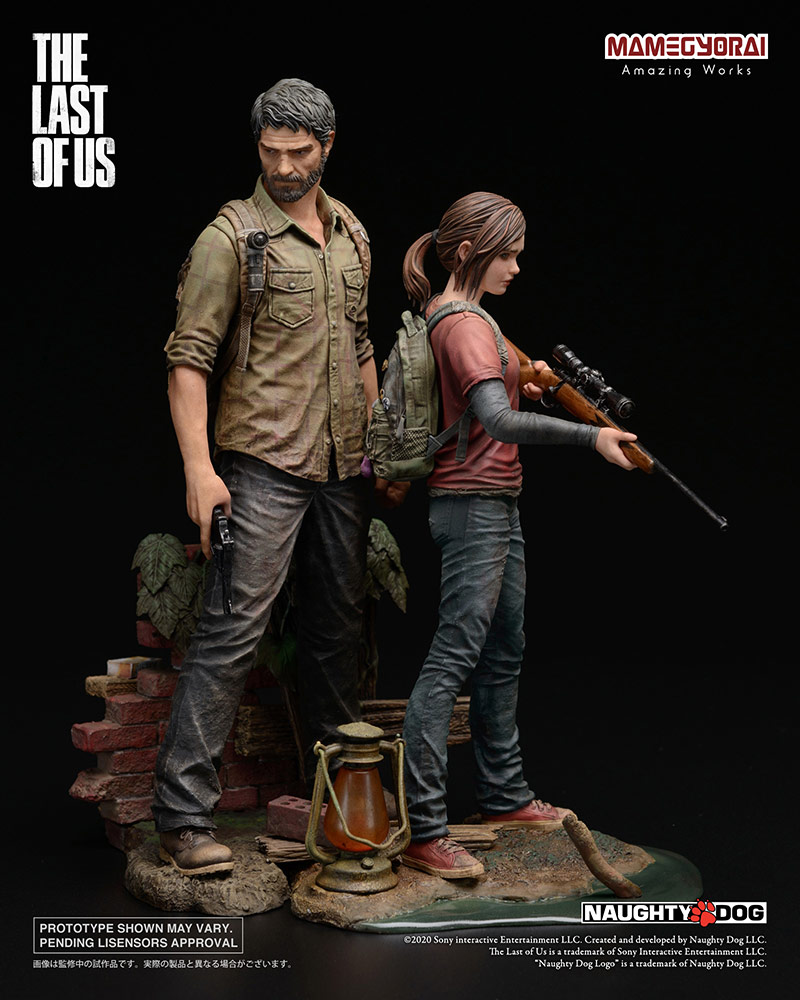 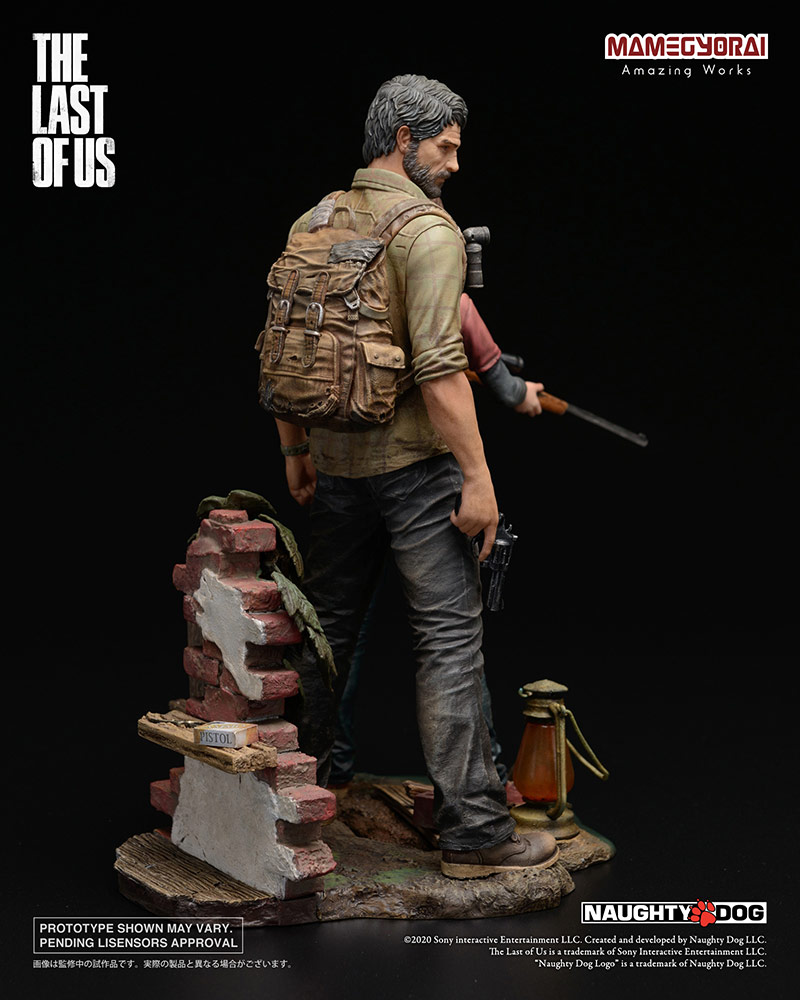 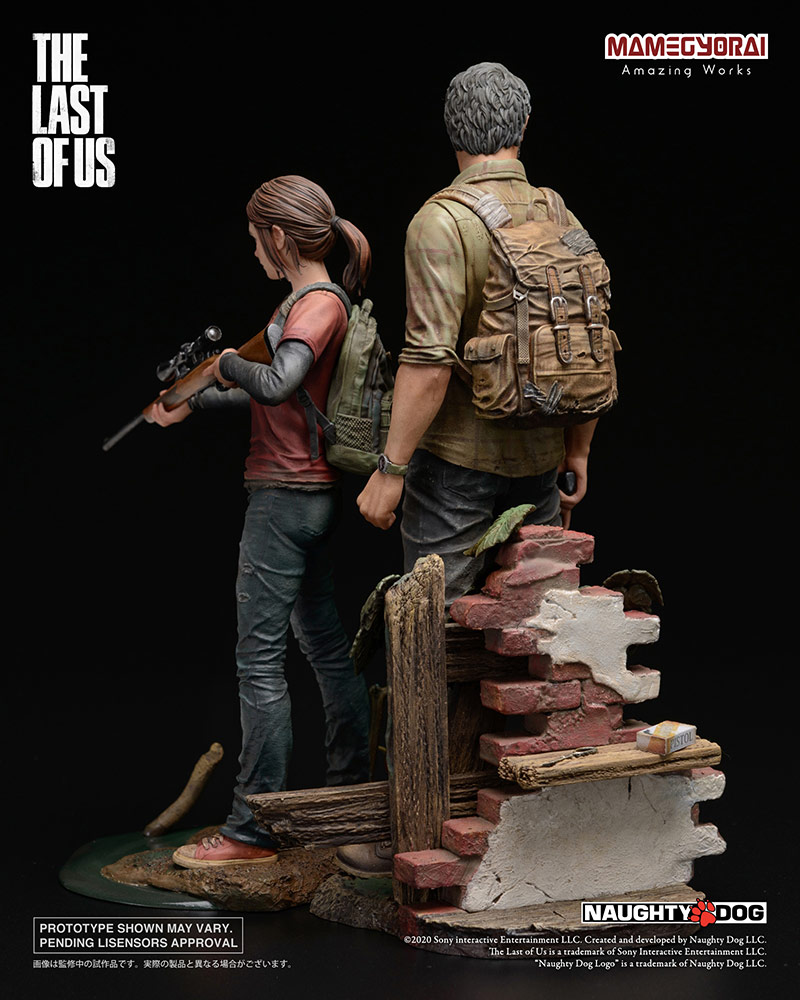 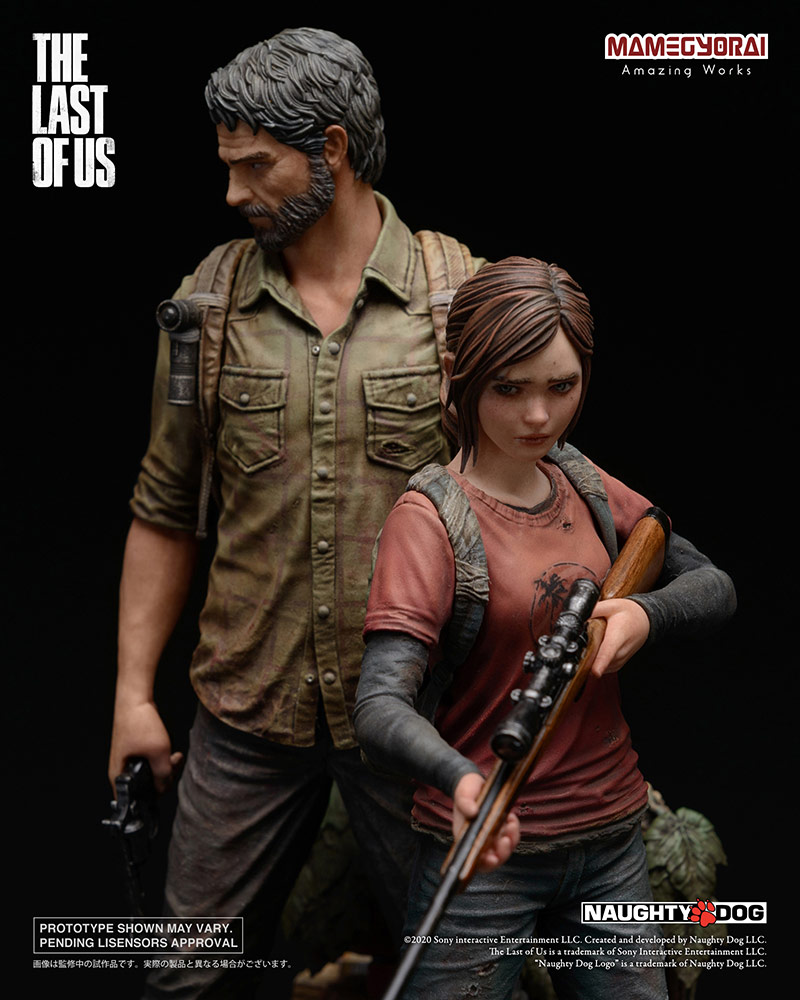 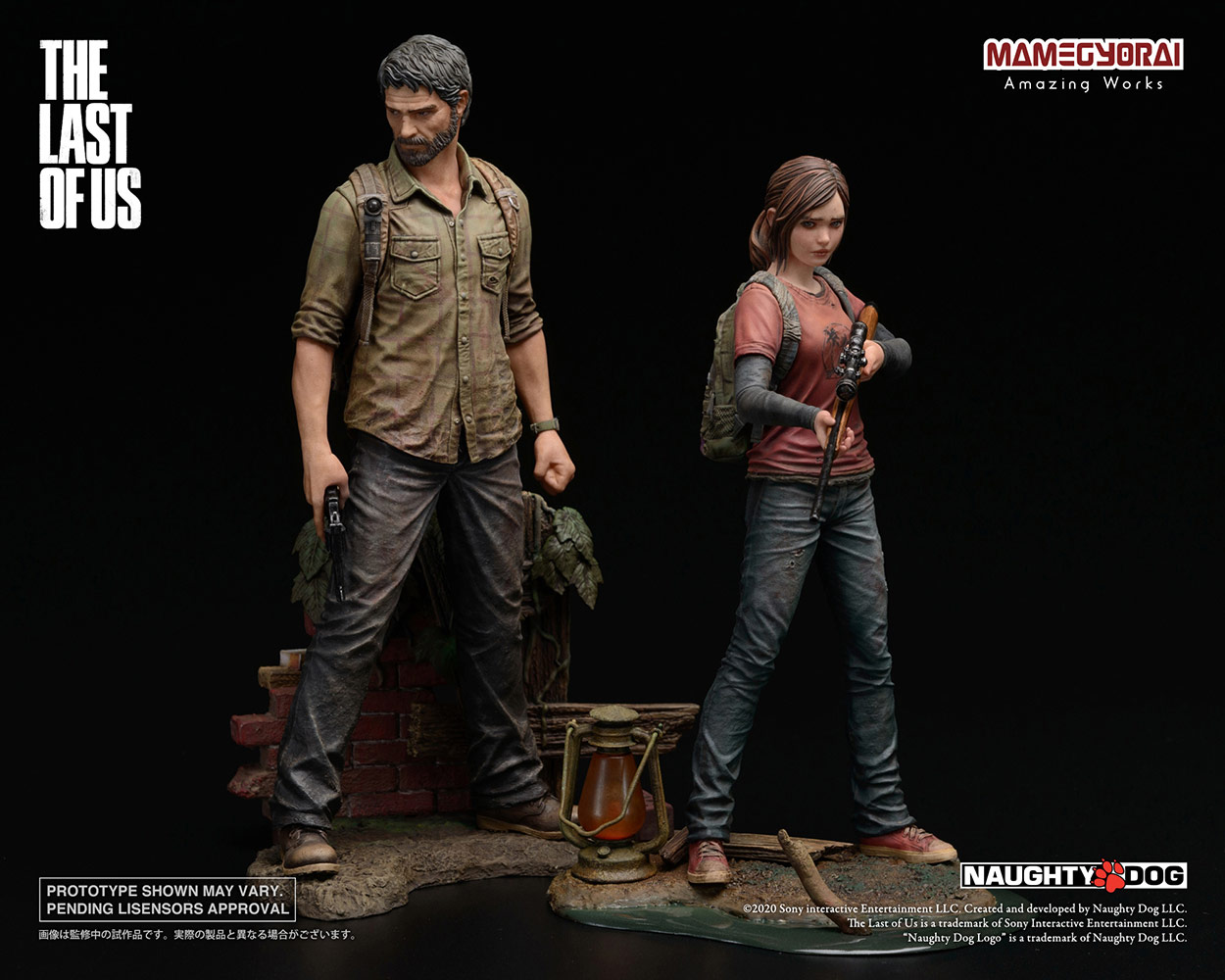 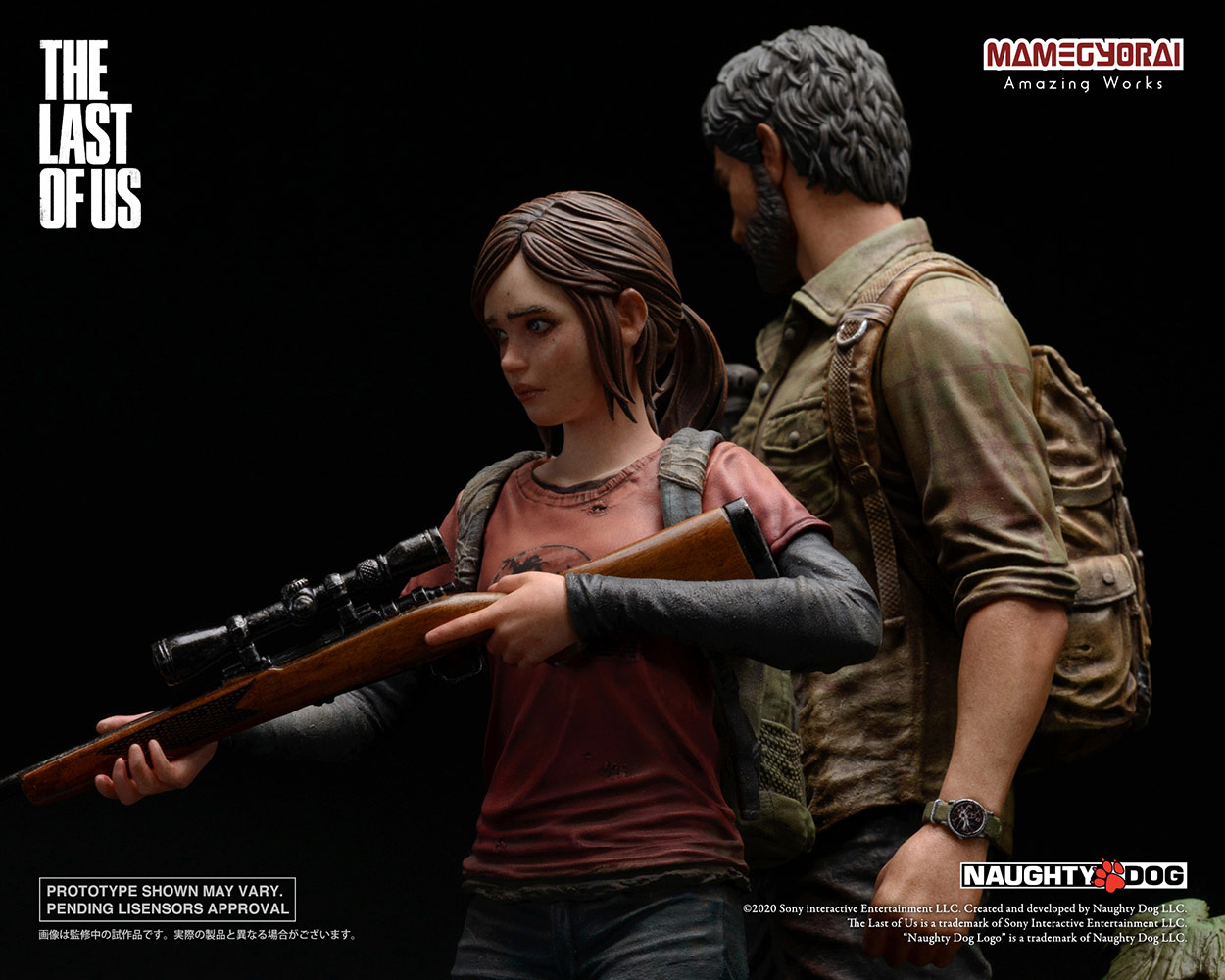 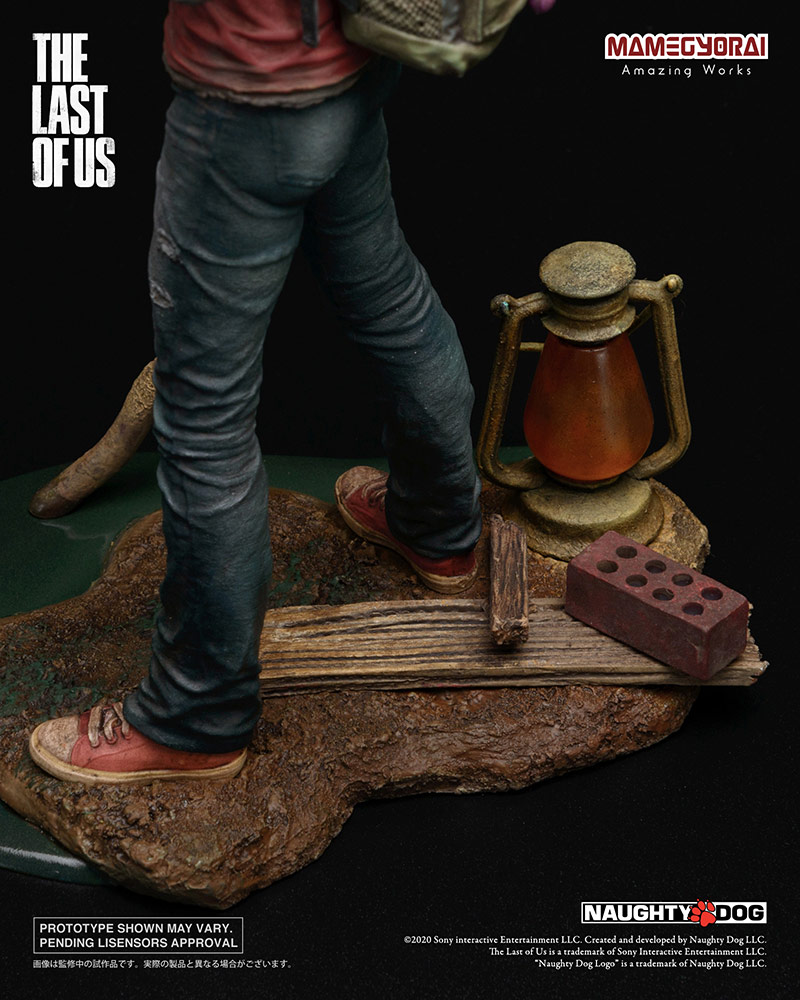 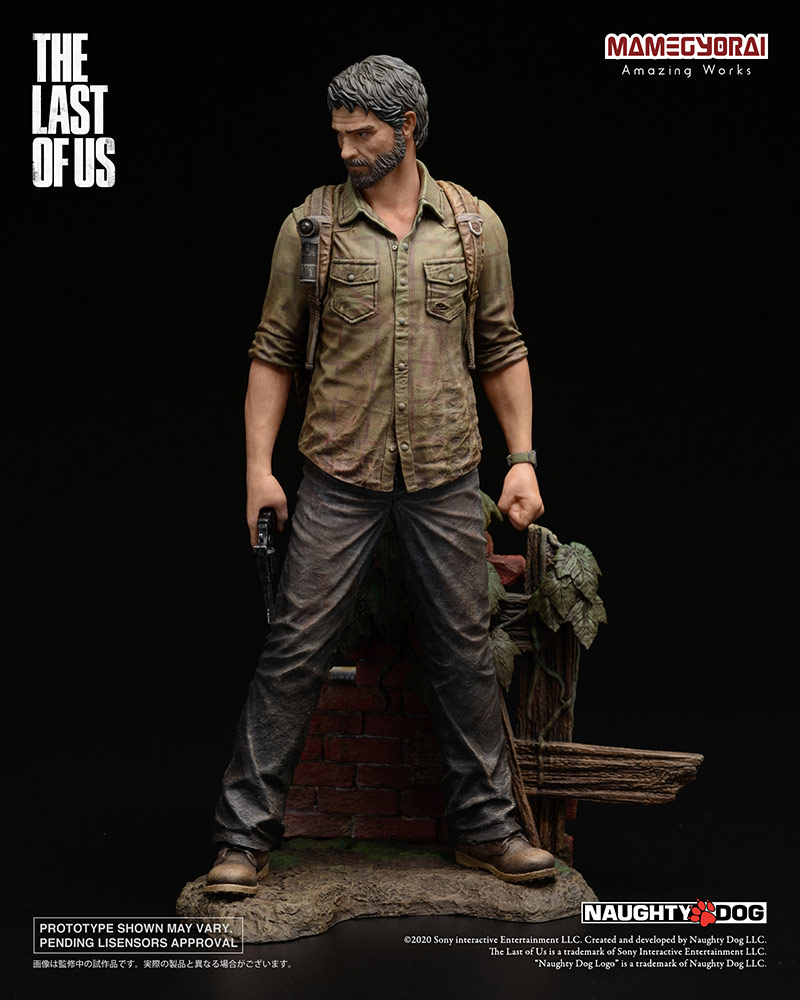 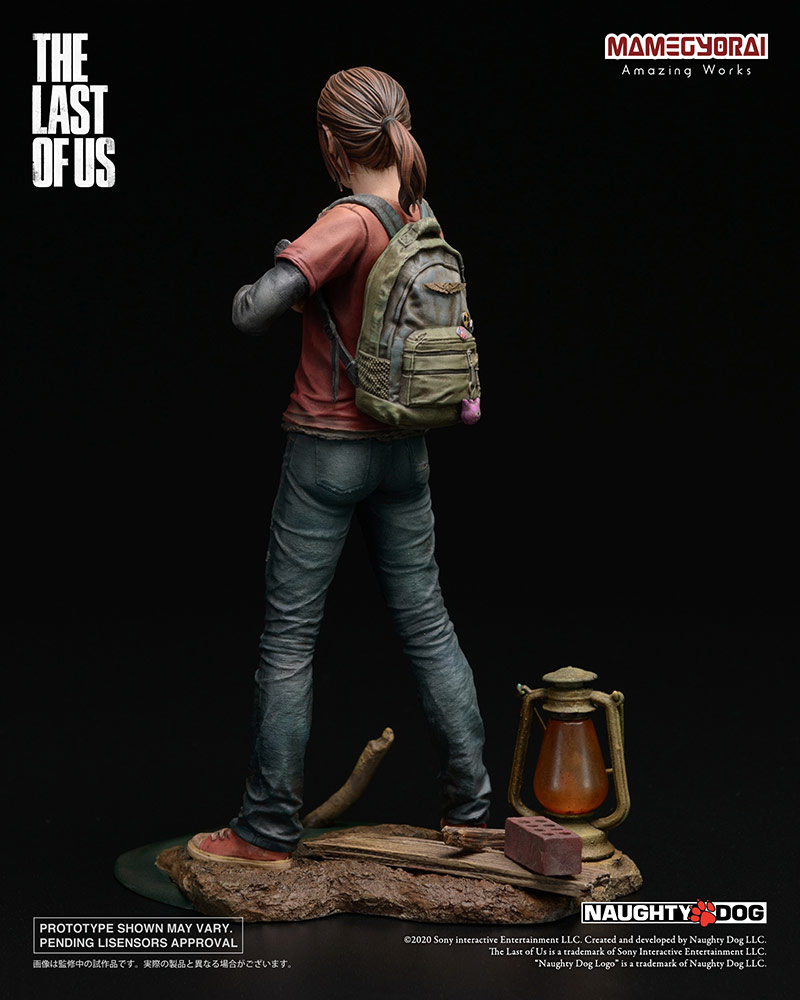 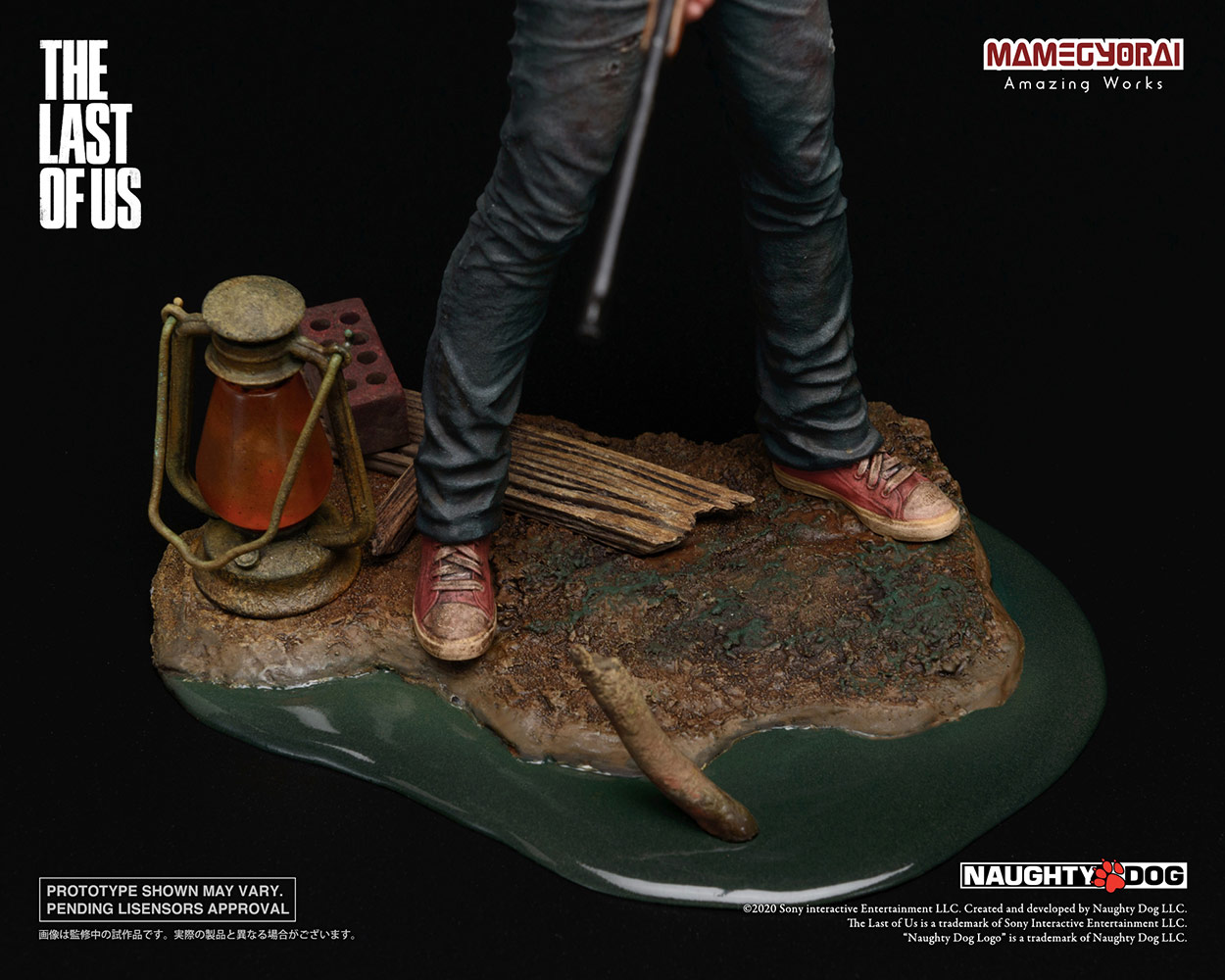 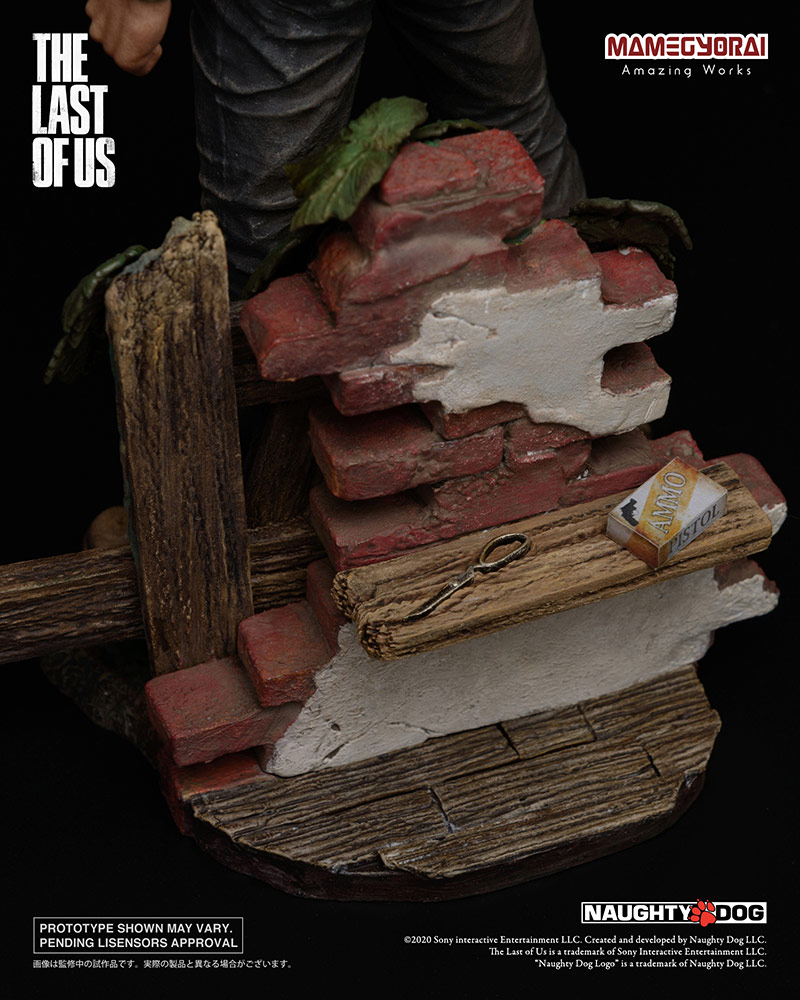 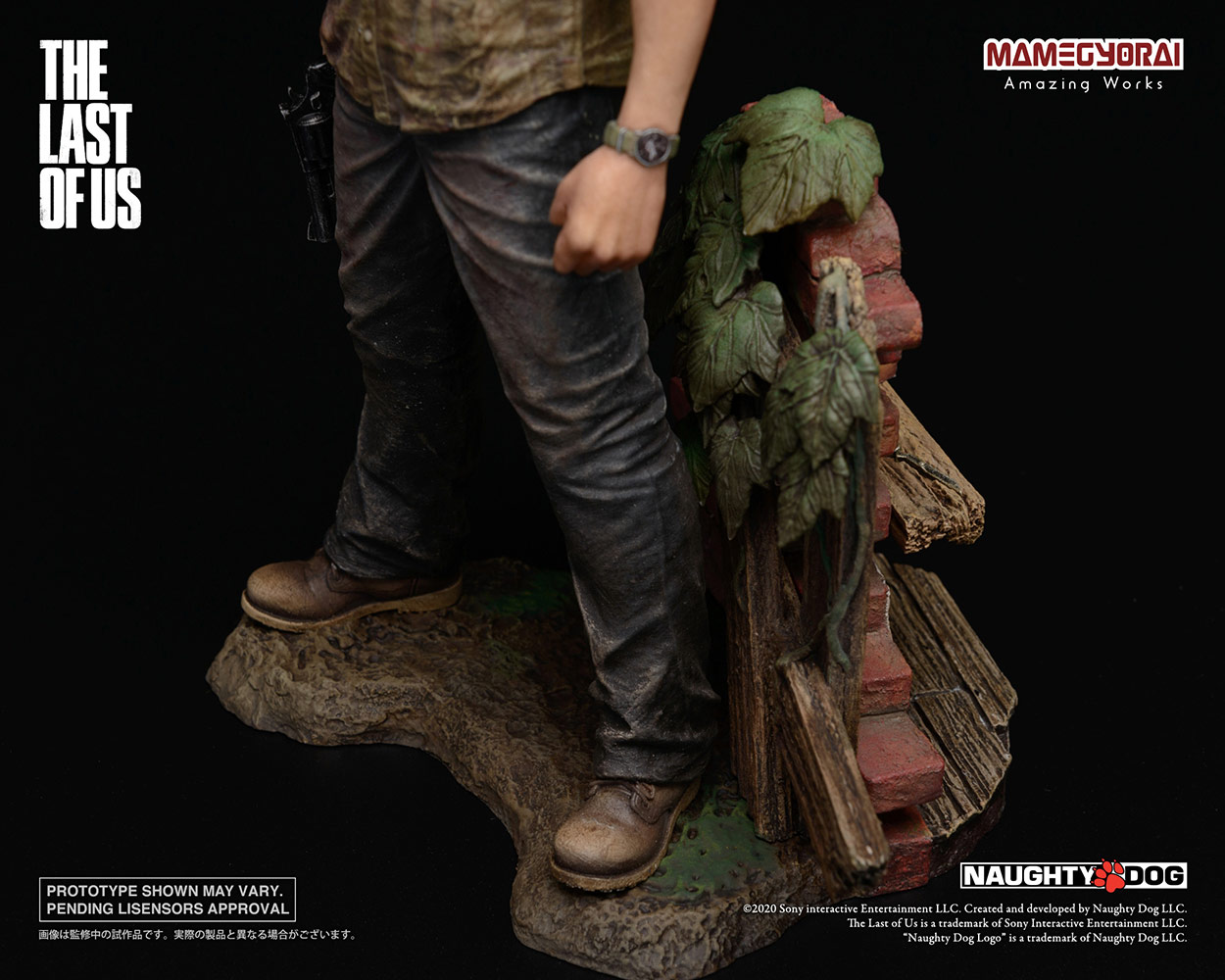 The Last of Us: Joel and Ellie 1:9 Scale Statue Set, com elevado detalhe, produzida pela Sideshow Collectibles, baseada no universo do videojogo, The Last of Us.

The Last of Us, the extremely popular 2013 survival-action game, has been widely praised by players and critics alike, winning over 200 game awards globally and remained a beloved, essential title. Here we have the 1:9 scale figures of Joel and Ellie from the masterpiece first installment of the series.

Joel, surveying the area with a fearless look, portrays his strong will to protect Ellie. His gaze reflects the experiences that turned him into a hardened survivor but also hints at his sorrow and the kindness he has hidden inside.

Ellie, holding a rifle alone, clearly displays both sides of her character, just as it is in-game. The inner strength she earned while trying to survive the cruel world she lives in, contrasts her youth and her struggle with her own emotions.

The environment of the game is perfectly represented in the pedestals as well. Joel stands next to a broken-down brick wall with the remains of a wooden panel and looks as if he could be near a certain hidden path.

In the rear of the pedestal, in-game items such as broken scissors and bullets have been scattered to show the eroded barriers between indoors and outdoors and give a palpable sense of the feelings one would have while living during the end of the world.

Ellie's base is set on the waterfront. Putting her in front of a body of water, knowing she can't swim, gives the setting an added bit of tension.

Each figure can be displayed separately or fit together like two puzzle pieces to show a single scene reminiscent of the iconic visuals from THE LAST OF US REMASTERED.

Masato Ohata, a popular artist, sculpted and painted under the full supervision of the developer, Naughty Dog.