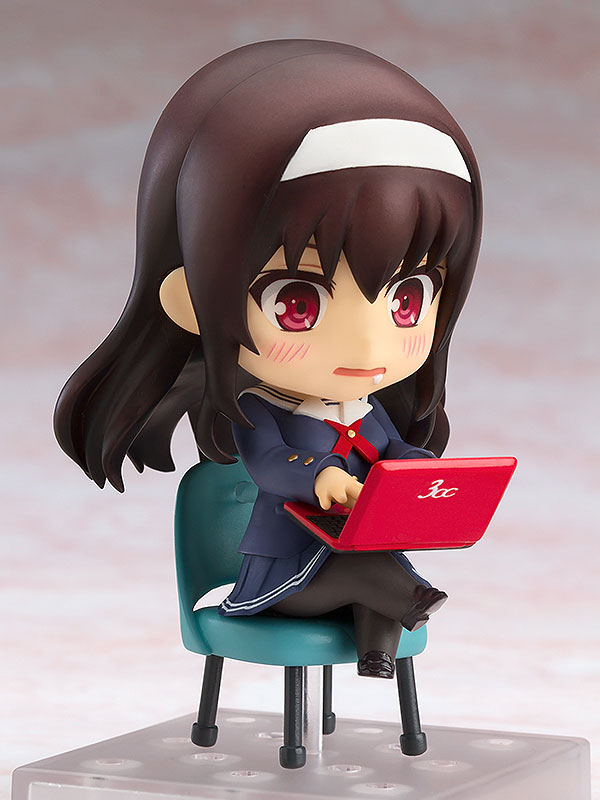 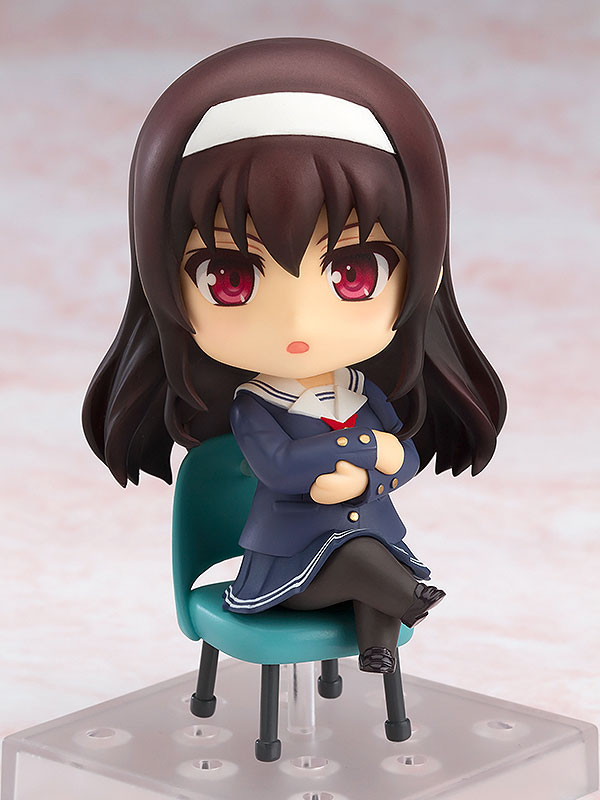 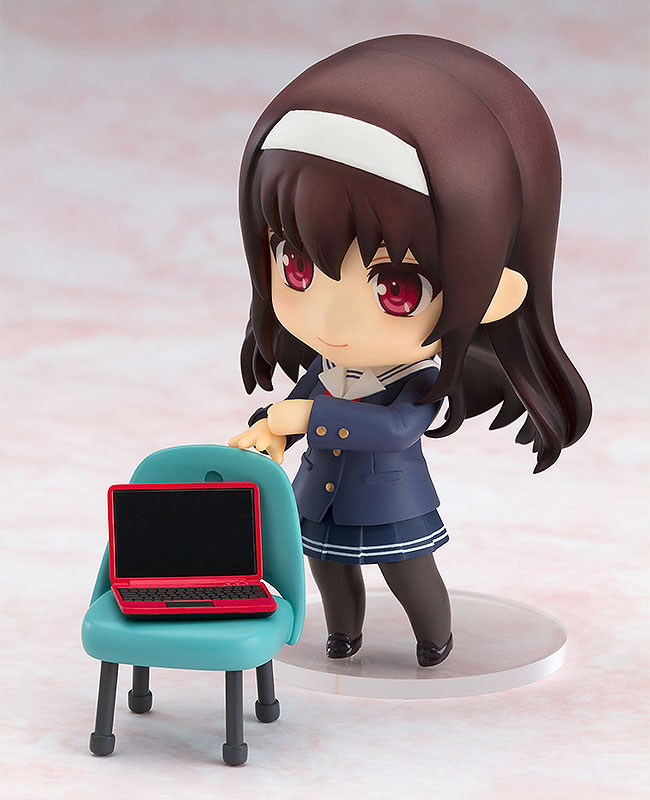 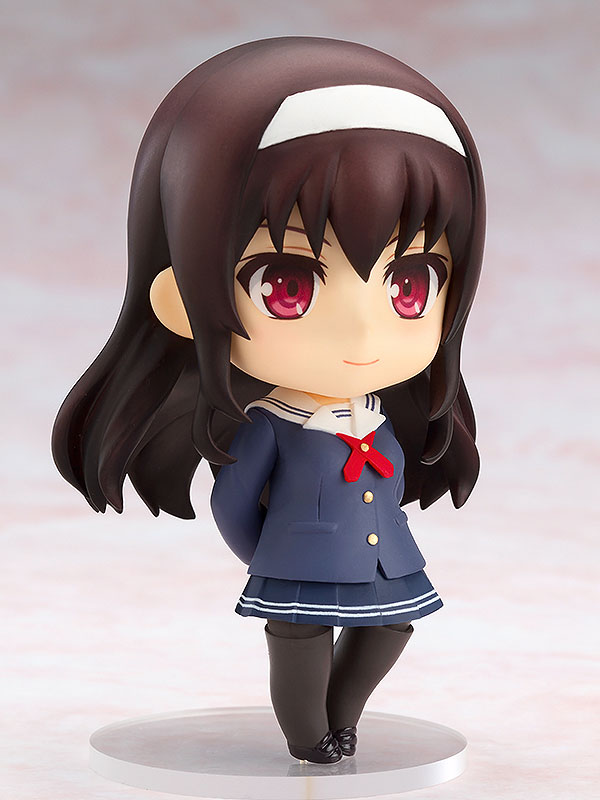 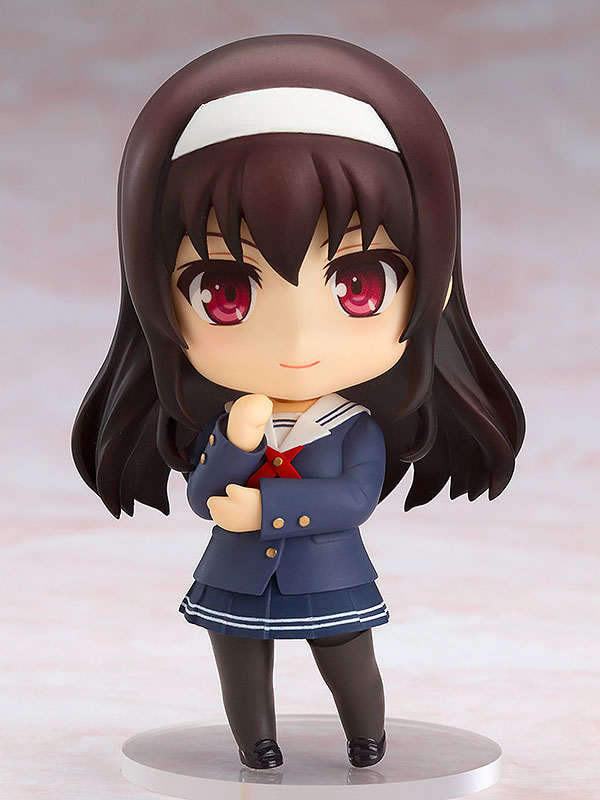 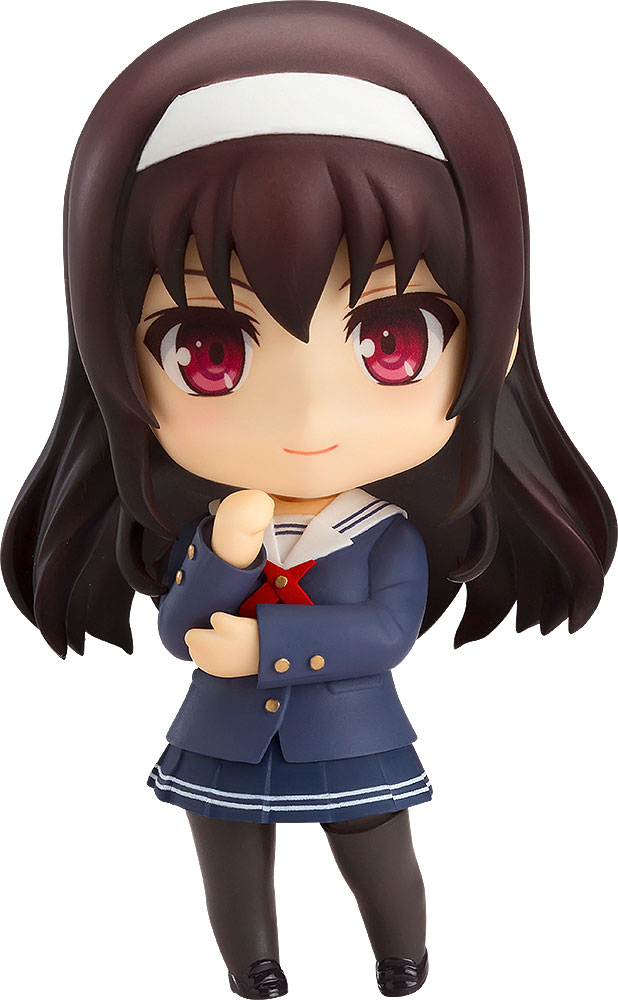 From the popular anime series scheduled to air from April 2017 - 'Saekano: How to Raise a Boring Girlfriend' comes a Nendoroid of the popular light novelist Utaha Kasumigaoka wearing her school uniform! She comes with three face plates including a standard expression, a contemptuous expression as well as a fantasizing expression.

Optional parts include a laptop for her to write her novels on, an audiovisual room chair as well as an alternate lower body part to display her sitting with crossed legs. Display Utaha in various poses from her common haughty appearance to losing herself while writing her novels. Be sure to display her with the previously announced Nendoroid Megumi Kato and Nendoroid Eriri Spencer Sawamura!