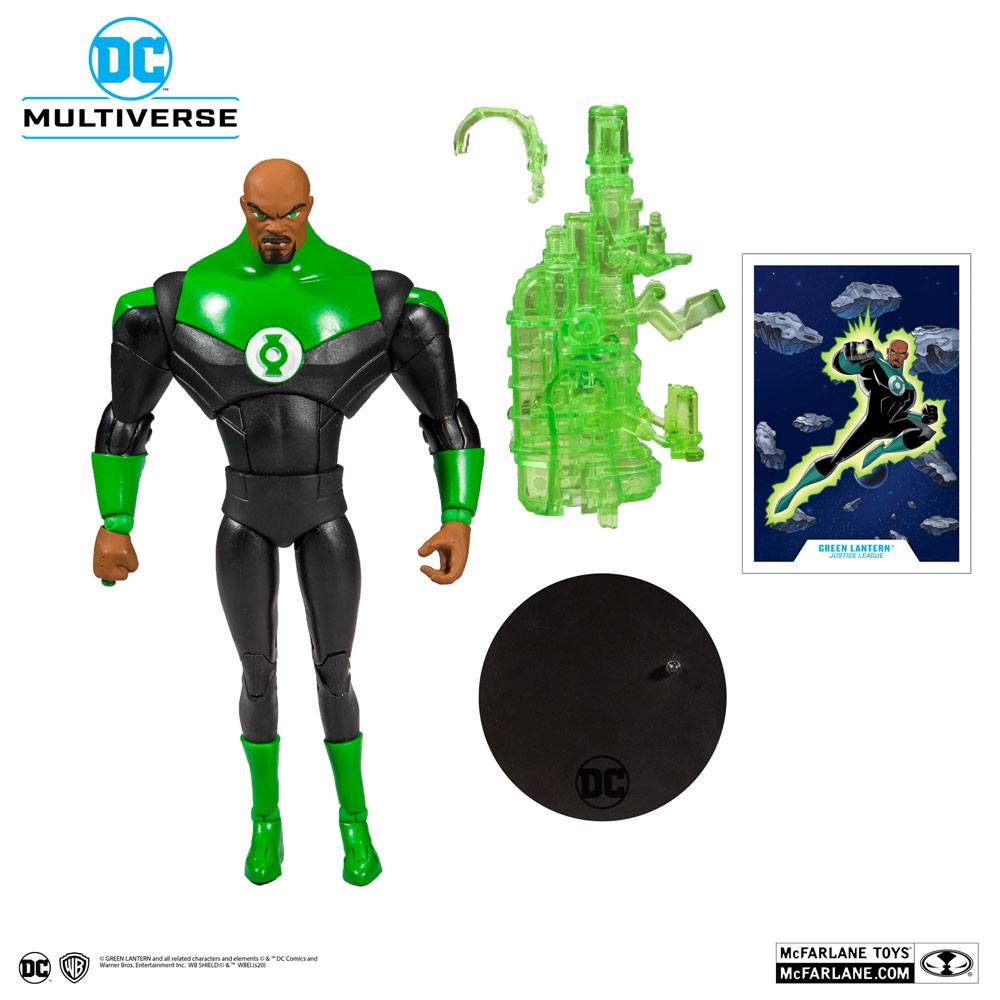 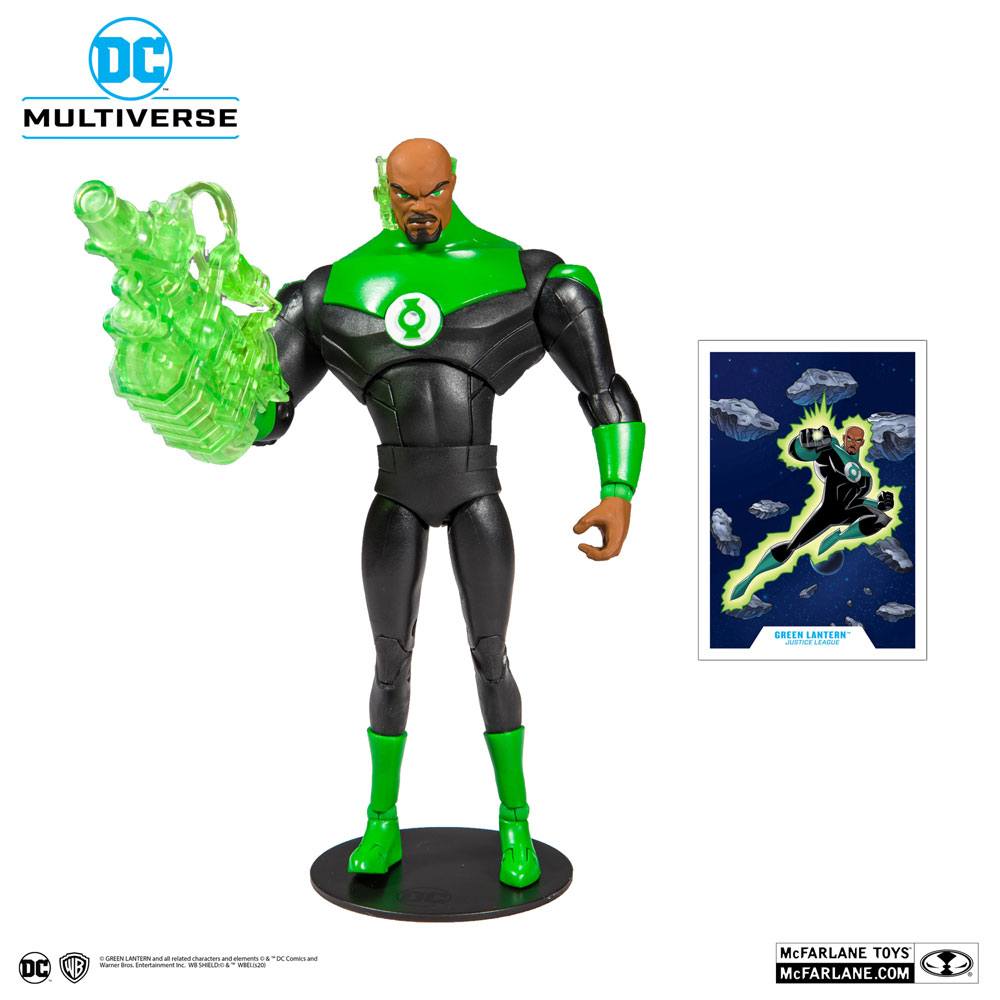 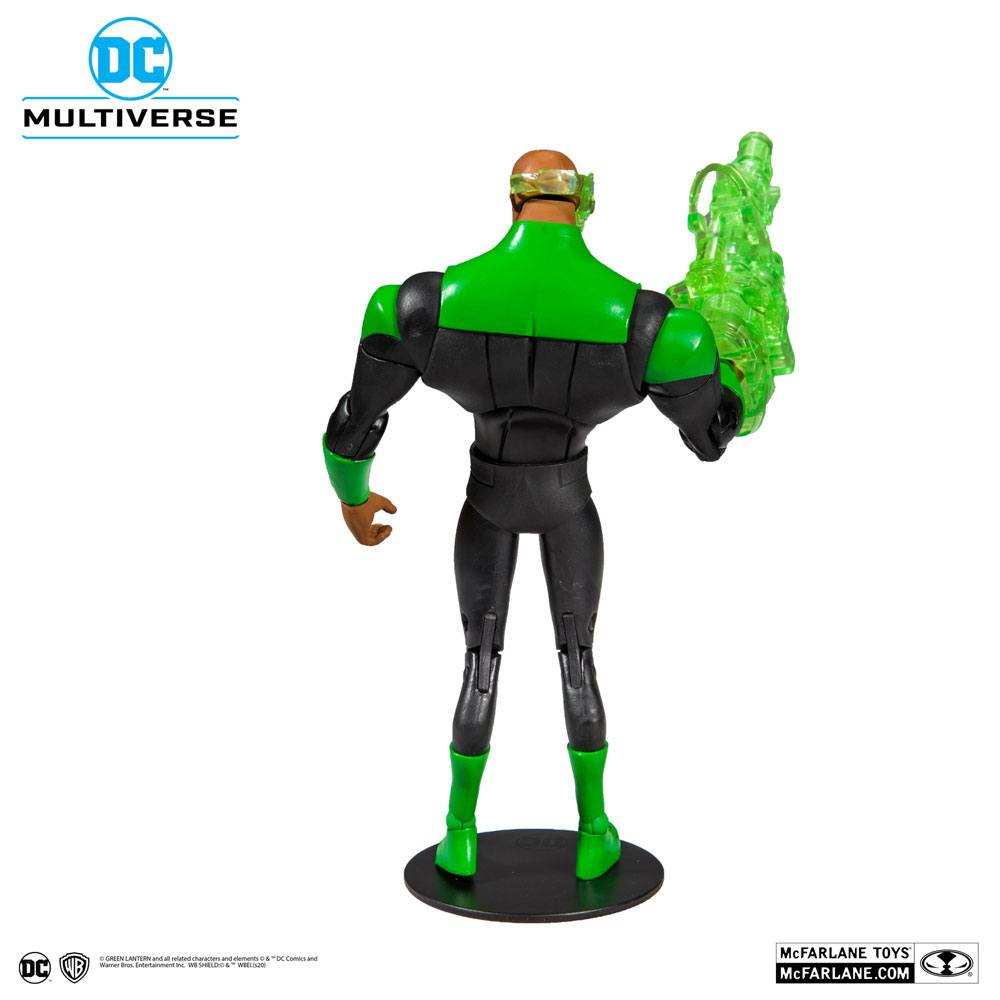 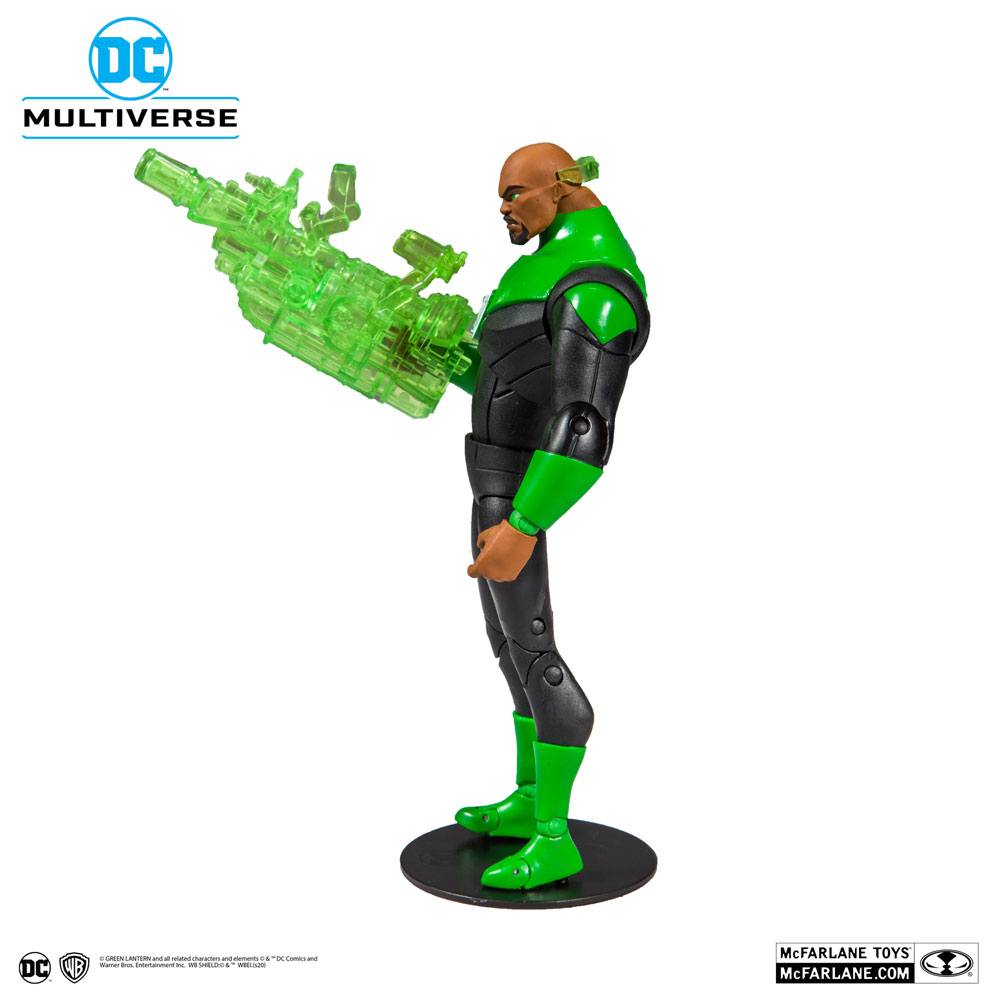 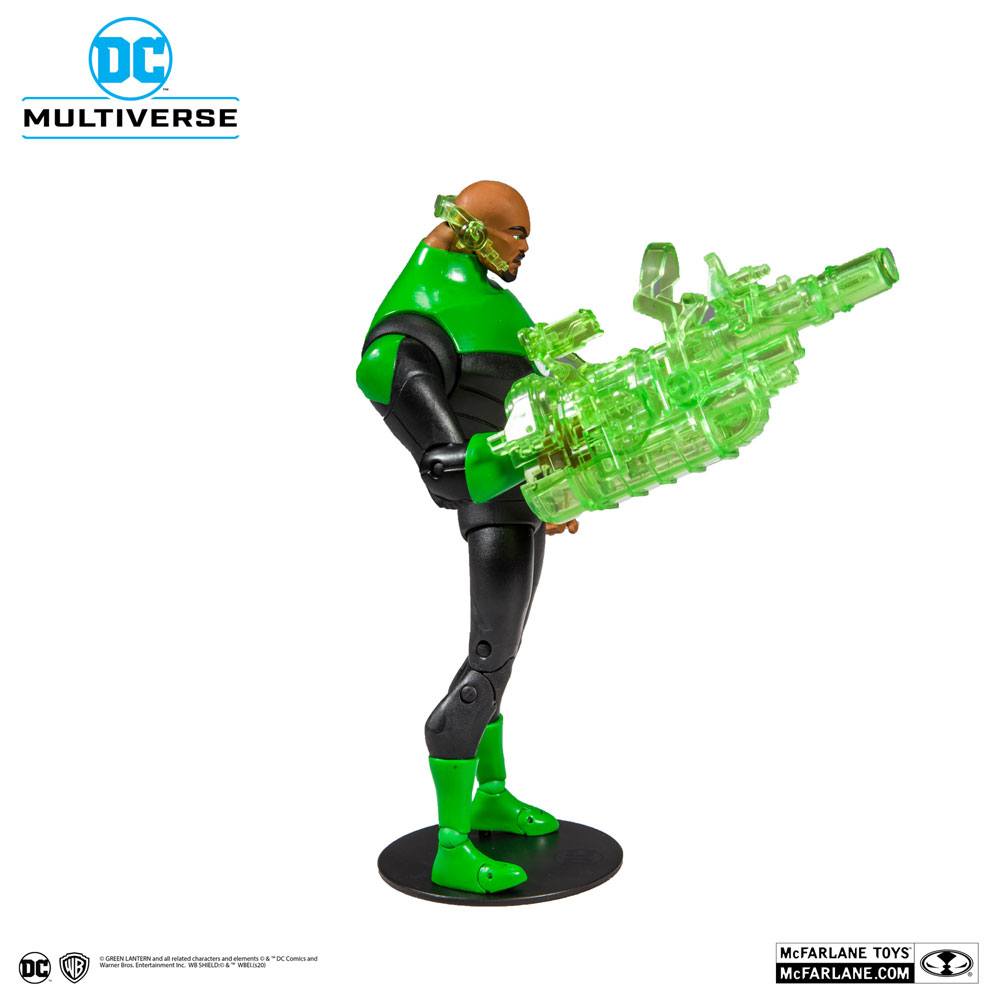 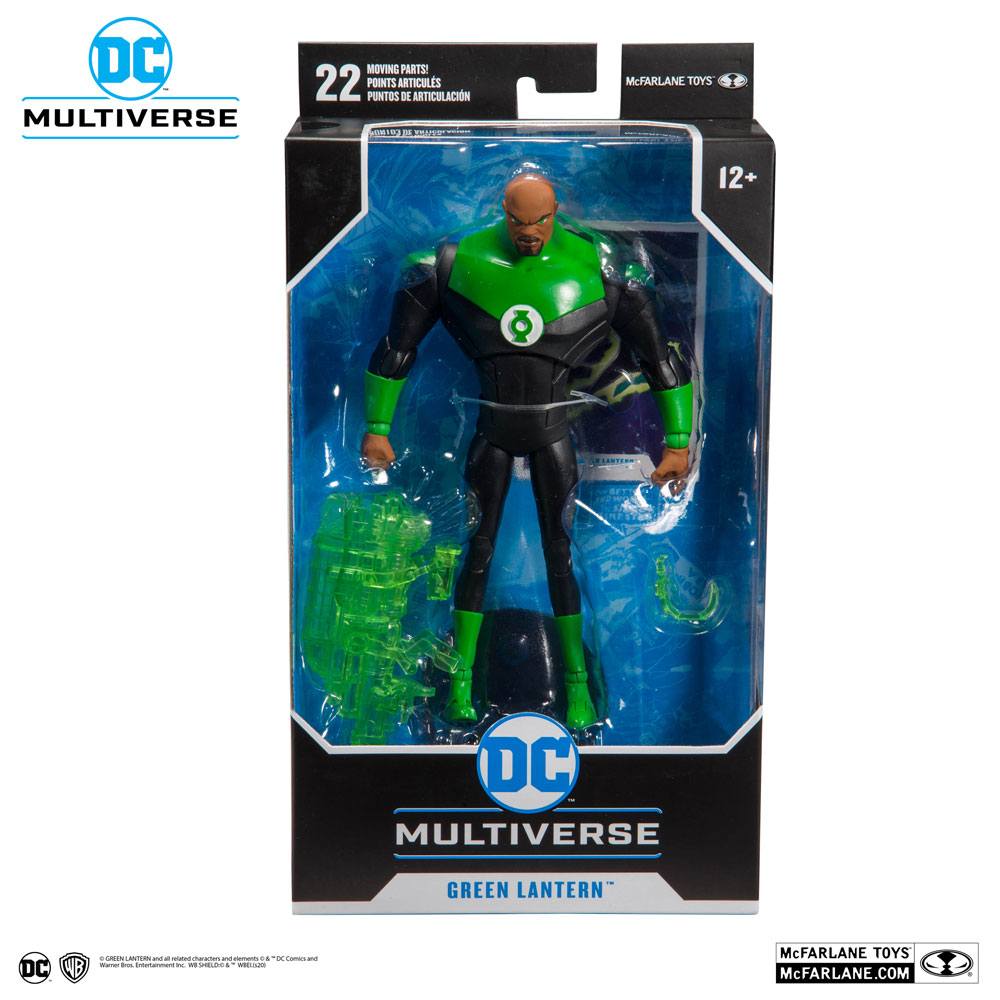 Straight from the animated TV series "Justice League" comes this highly detailed action figure. It stands approx. 18 cm tall and comes with accessories and base in a collector edition window box.

Recognized by the Guardians of Oa for having extraordinary courage and heroism, John Stewart was awarded a power ring and trained to be a member of the Green Lantern Corps. After years of patrolling the deepest regions of space, John returned home to protect Earth as a member of the Justice League. Armed with perhaps the mightiest weapon in the known universe, Green Lantern uses his power ring's emerald energy to accomplish the impossible.

- Incredibly detailed 7" scale figures based off the DC Multiverse
- Designed with Ultra Articulation with up to 22 moving parts for full range of posing and play
- Figures are showcased in DC themed window box packaging
- Green Lantern figure is based on the iconic style of Bruce Tim in the Justice League Animated Series
- Figure comes with a base and various character specific accessories
- Green Lantern's accessories include a Lantern Willpower Projection blaster, headset and visor.
- Included collectable art card with Animated Green Lantern artwork on the front, and character biography on the back