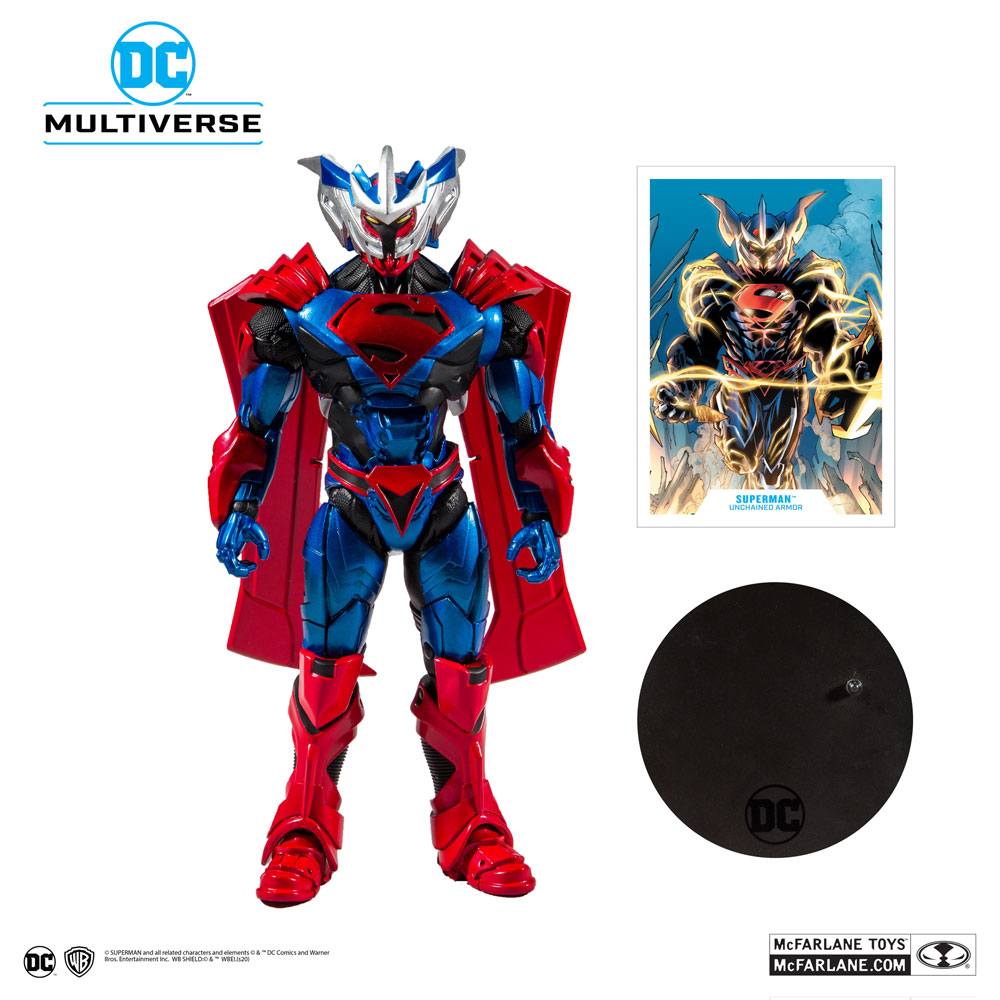 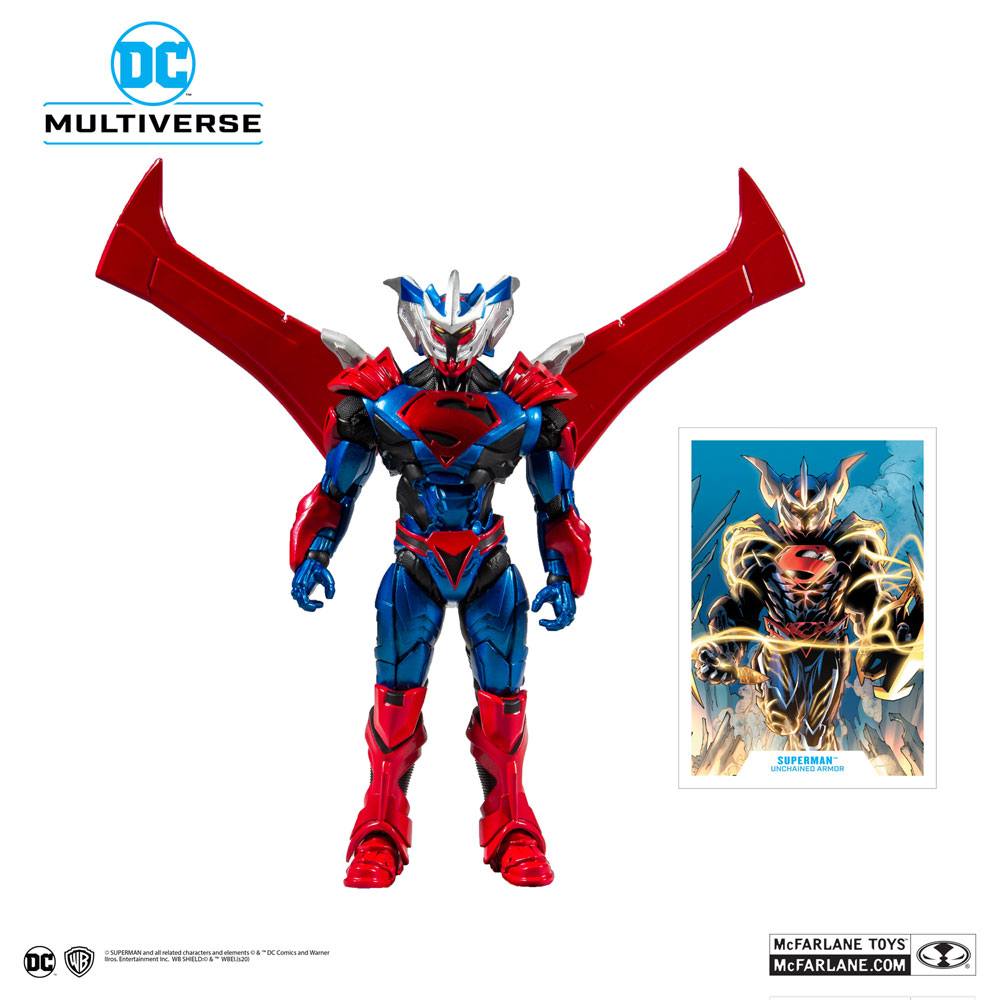 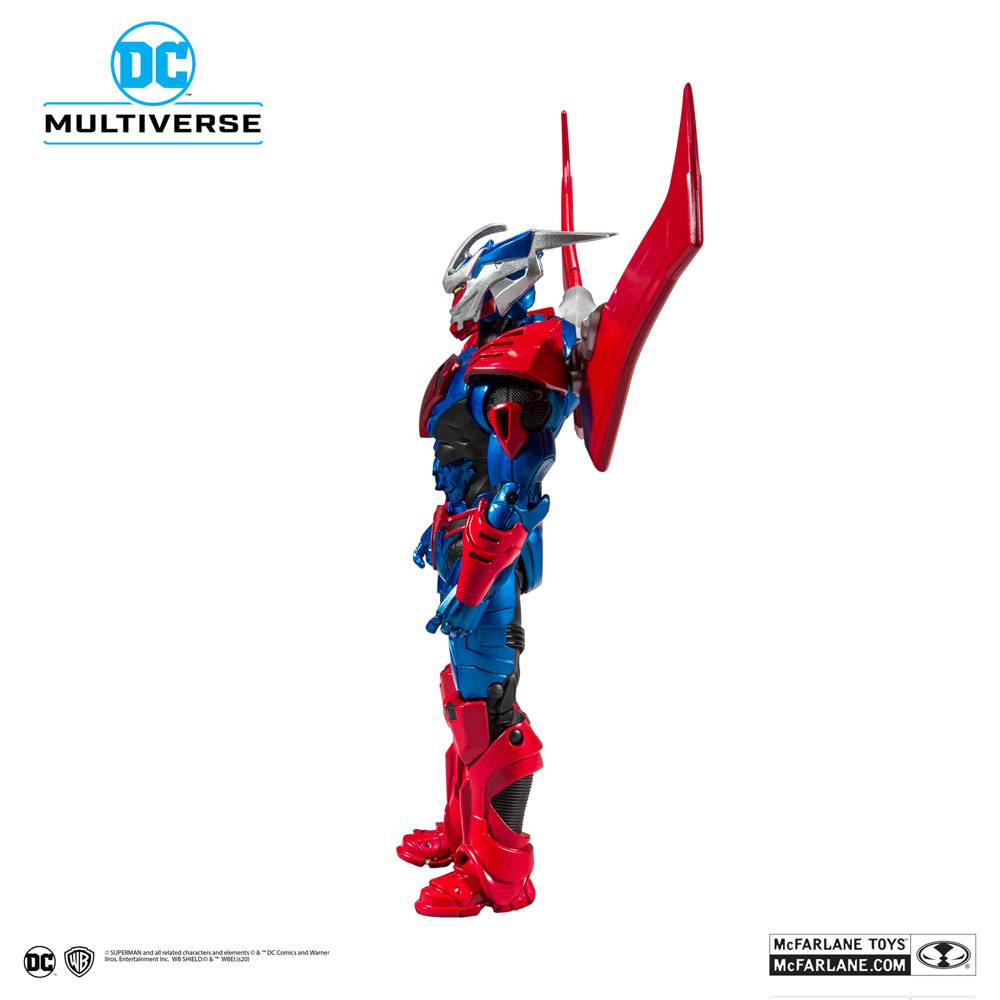 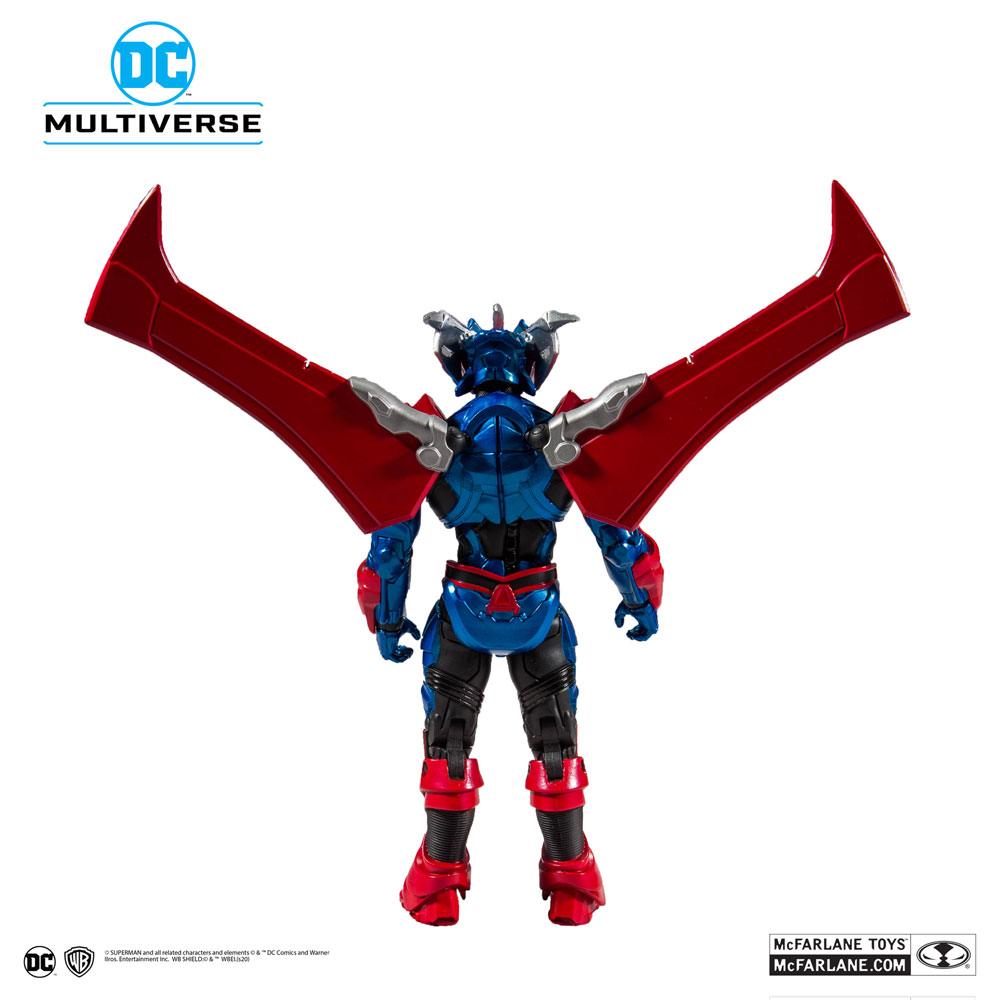 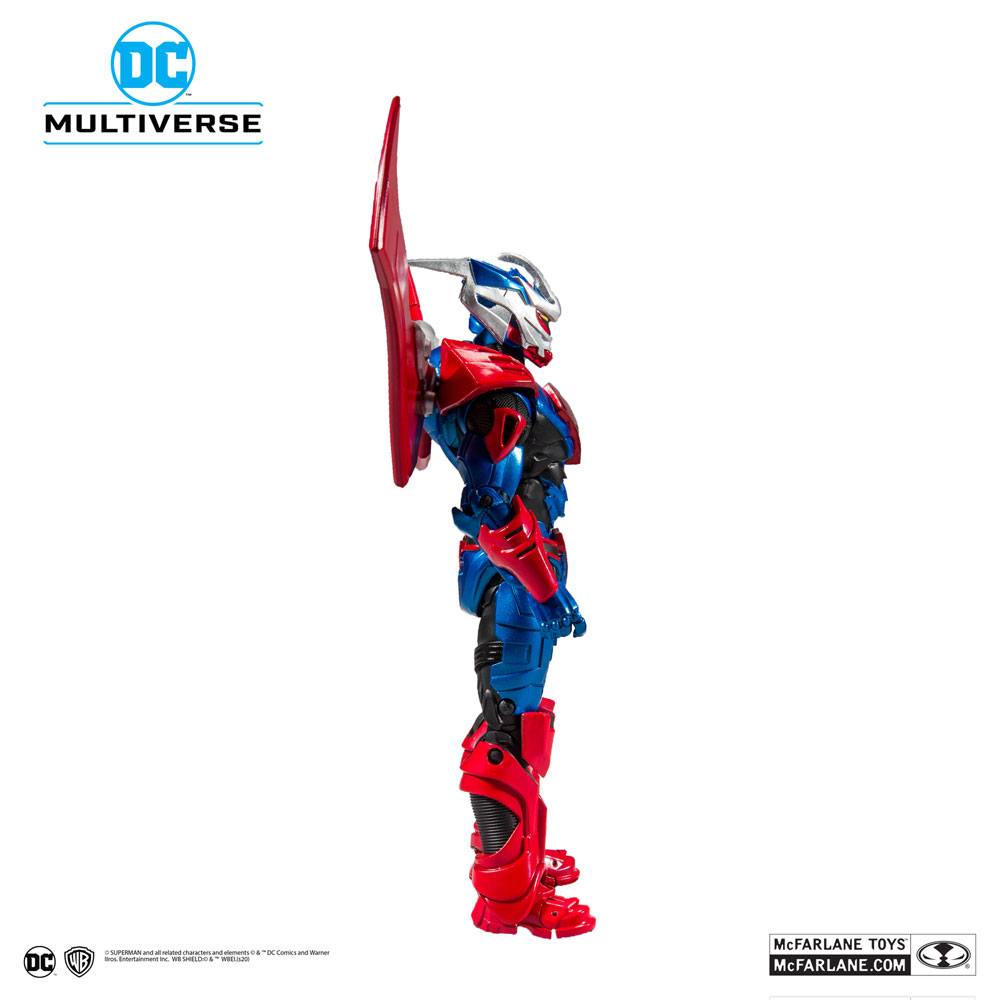 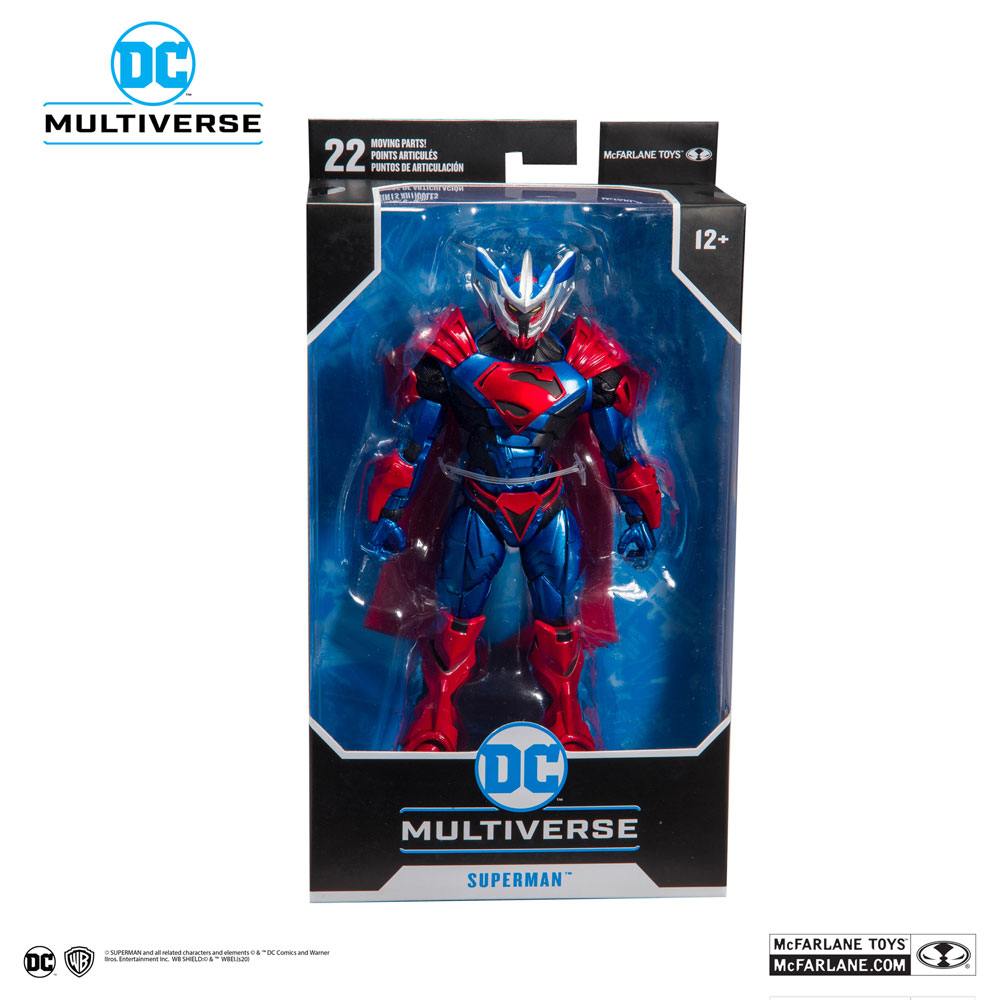 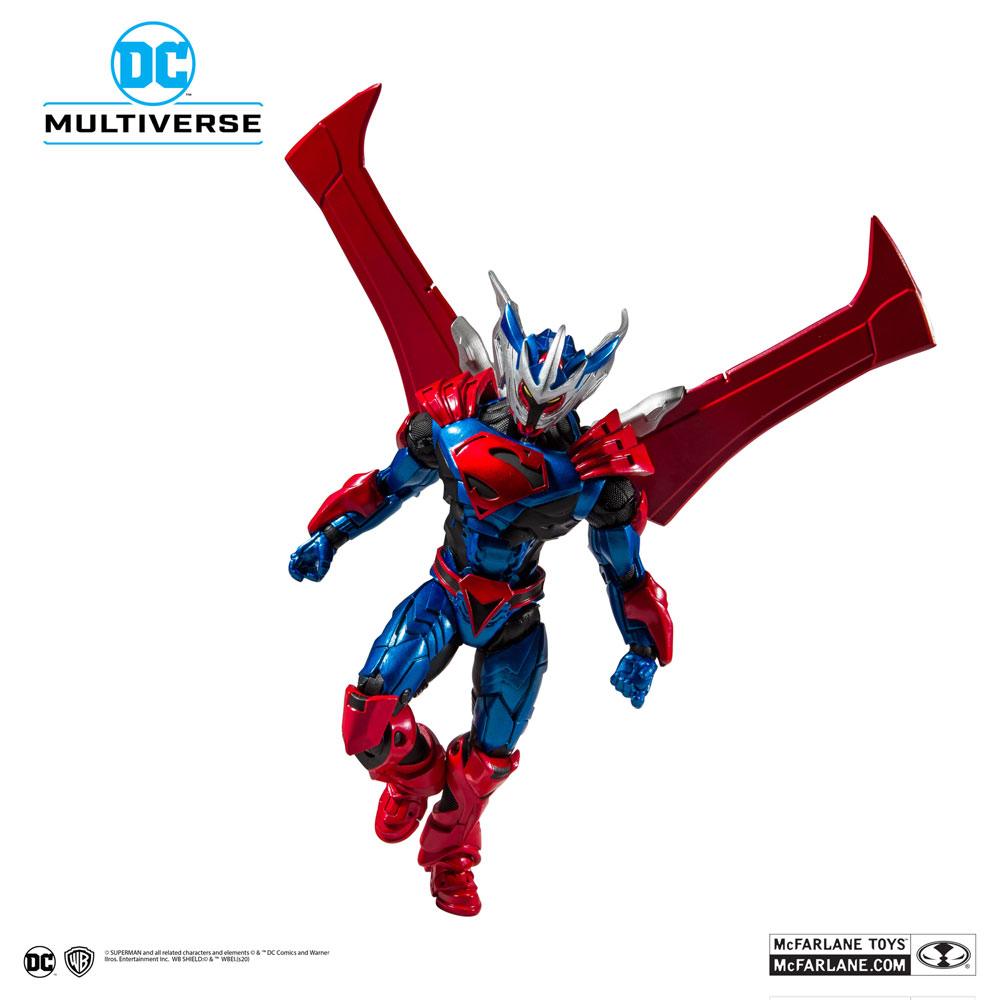 Straight from the "Superman Unchained" comic comes this highly detailed action figure. It stands approx. 18 cm tall and comes with accessories and base in a collector edition window box.

When the weaponized alien called Wraith goes on a destructive rampage in the Batcave and both Batman and Wonder Woman are unable to stop him, Superman dons an armor that features a shield and battle axe to confront the electromagnetic adversary. Their battle continues to the center of the Earth where Superman is finally able to defeat him, leaving him floating in the lava at the Earth's core.

- Incredibly detailed 7" scale figures based off the DC Multiverse
- Designed with Ultra Articulation with up to 22 moving parts for full range of posing and play
- Figures are showcased in DC themed window box packaging
- Superman Unchained figure is based on the DC Comic Superman Unchained
- Figure comes with a base and various character specific accessories
- Superman features rotating posable wings that can extend the figure height to 9 inches tall and 10 inches wide (Some Assembly Required)
- Included collectable art card with Superman Unchained artwork on the front, and character biography on the back