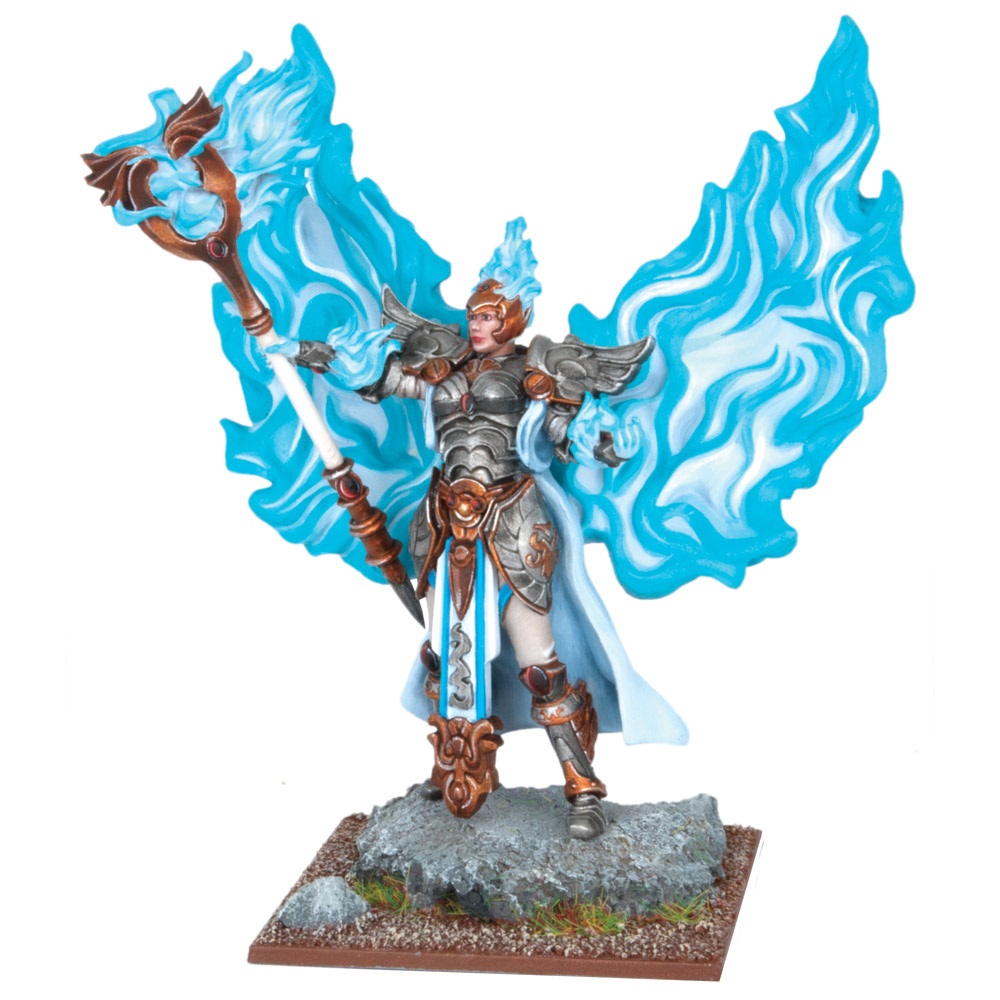 During the God War, Fotia, a Celestian was split into two as the result of a battle with the wicked Prykagia. By a great miracle, the two halves of the Celestian did not die. Instead, one half, representing the regenerating, cauterising, vengeful and warlike nature of fire, became the Ur-Elohi Jullius, the Dragon of Heaven, whilst the other half, the nurturing, renewing, cleansing nature of fire, returned as the Ur-Elohi Samacris, the Mother of Phoenixes.

Weaker individually, they are actually more powerful united, and their story is told as a parable of the passion and indestructibility of love, and of strength in unity, giving rise to sayings such as “You can’t cut fire with a sword”, meaning that two lovers are inseparable.

This set contains a legendary hero for Kings of War, including: