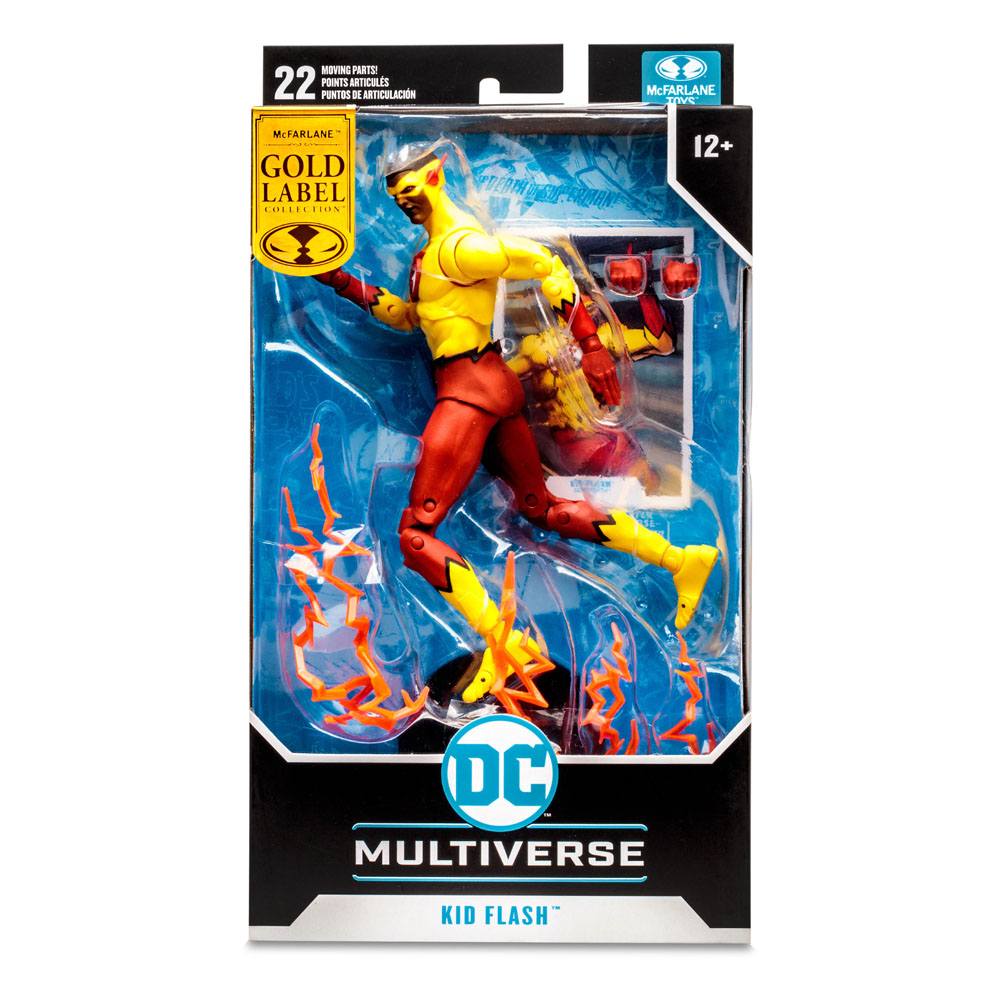 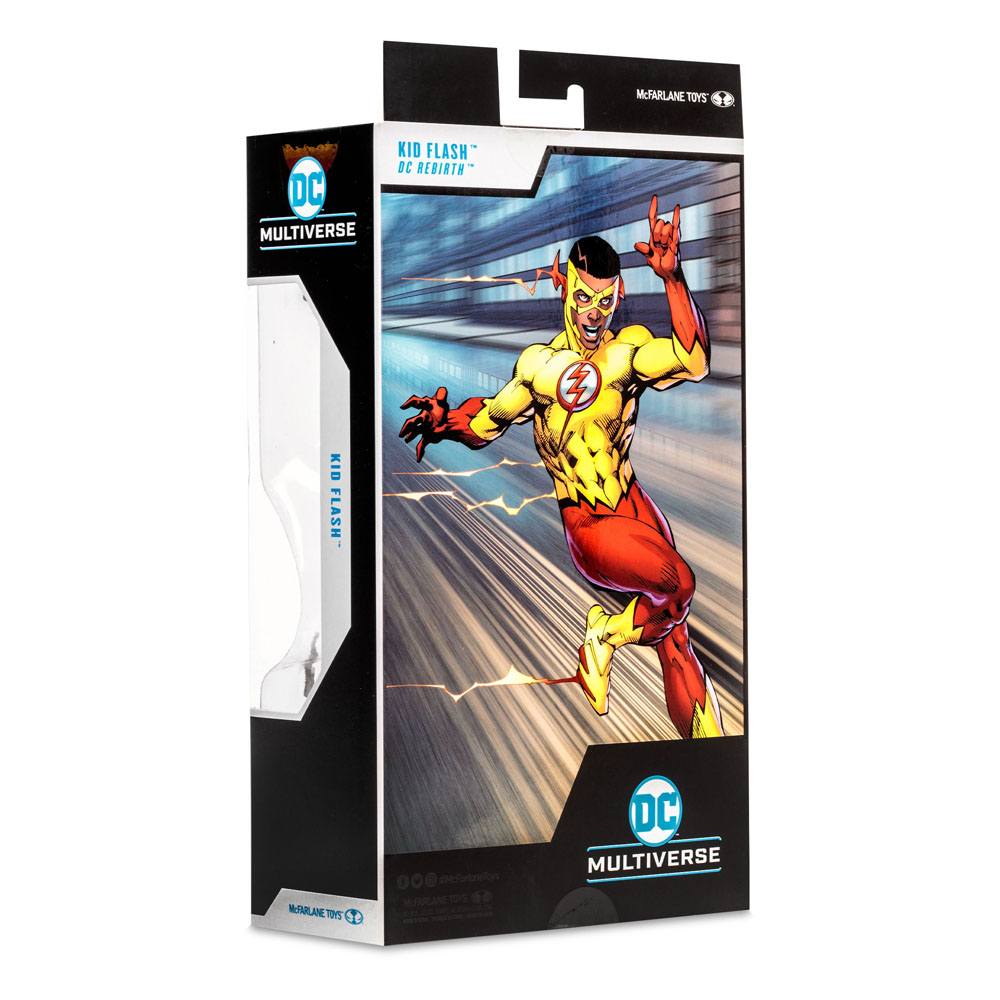 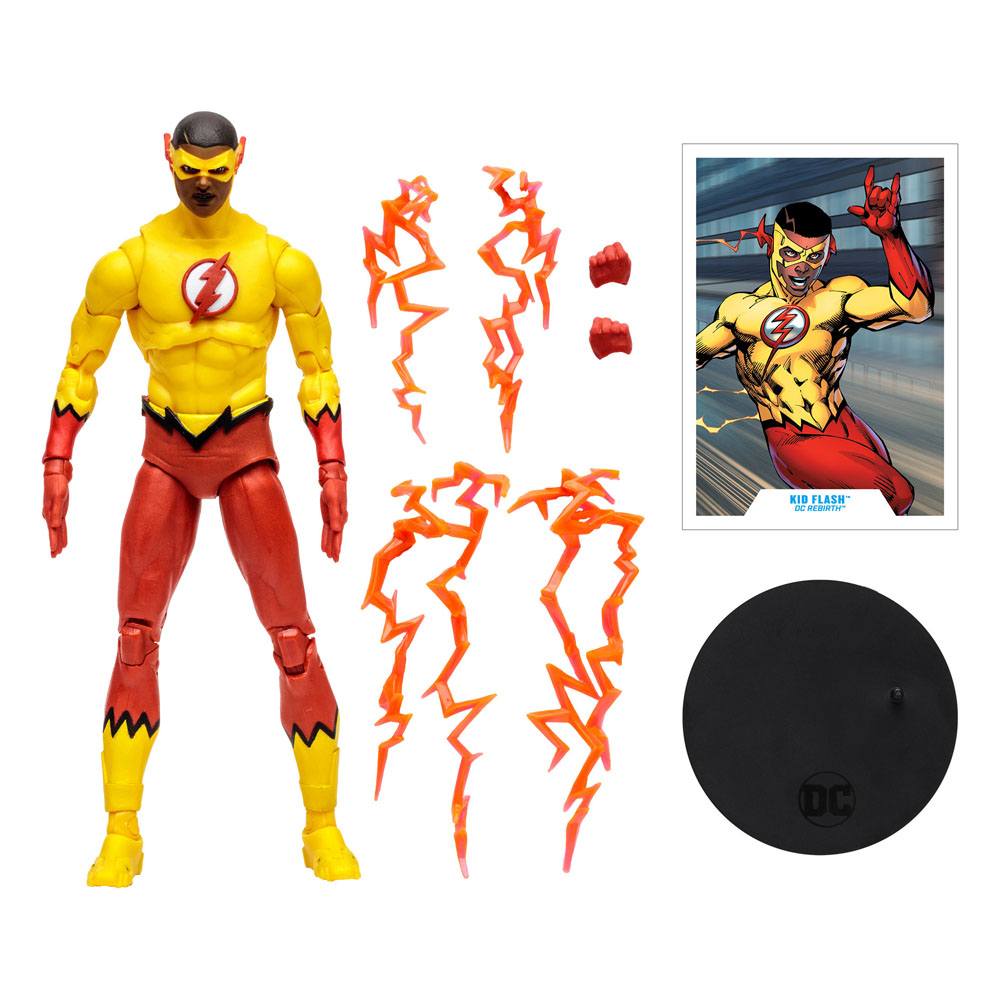 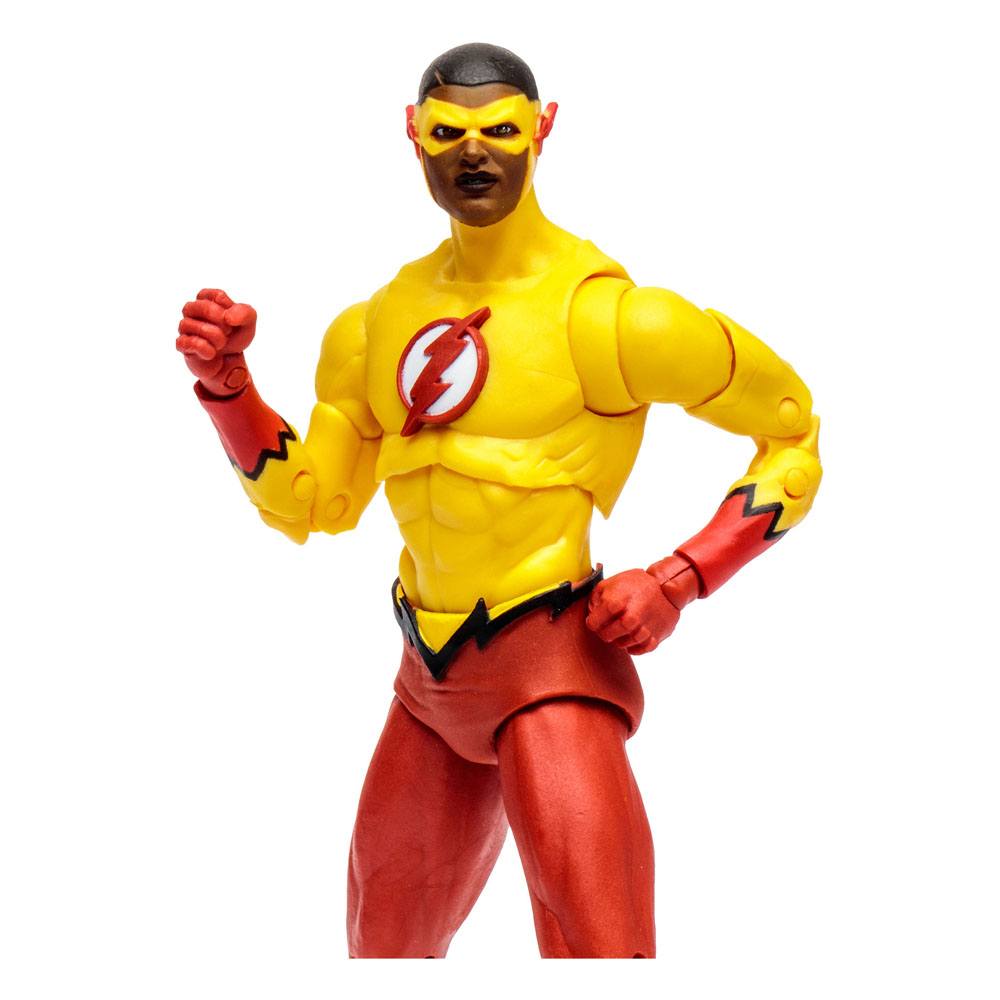 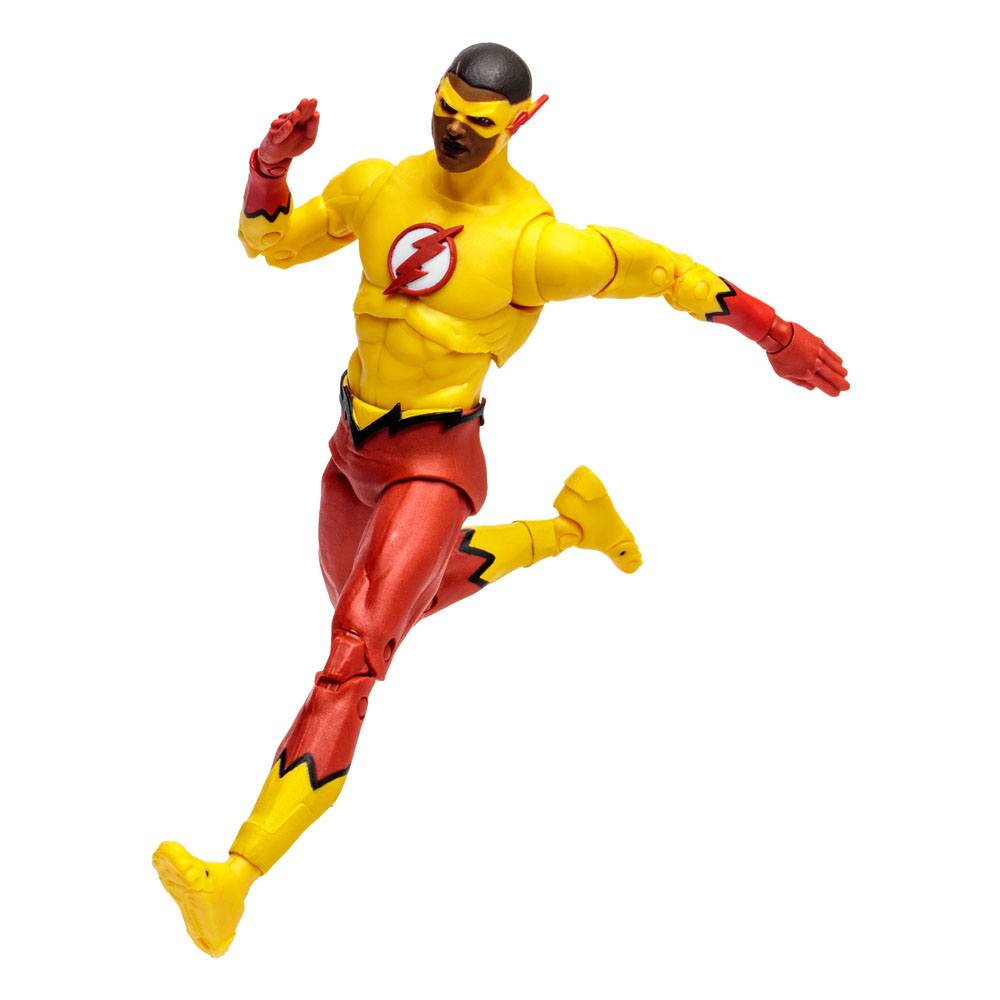 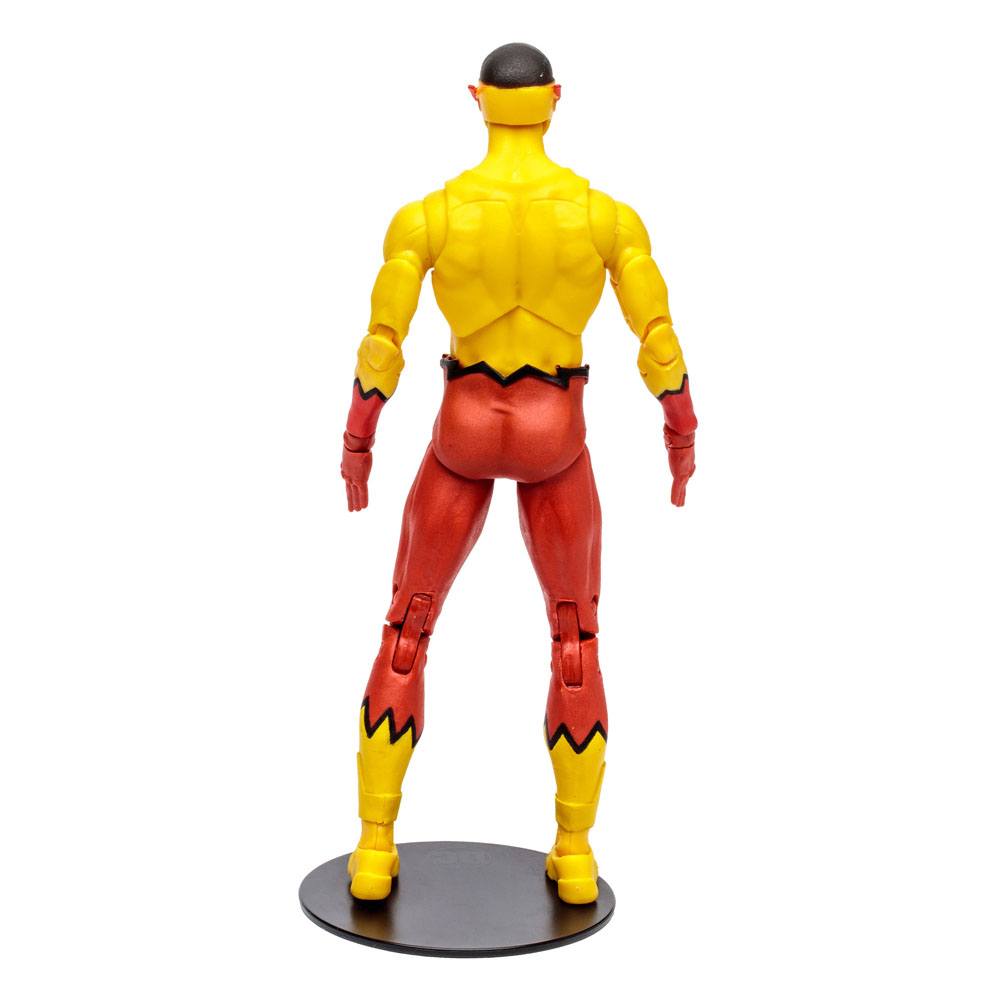 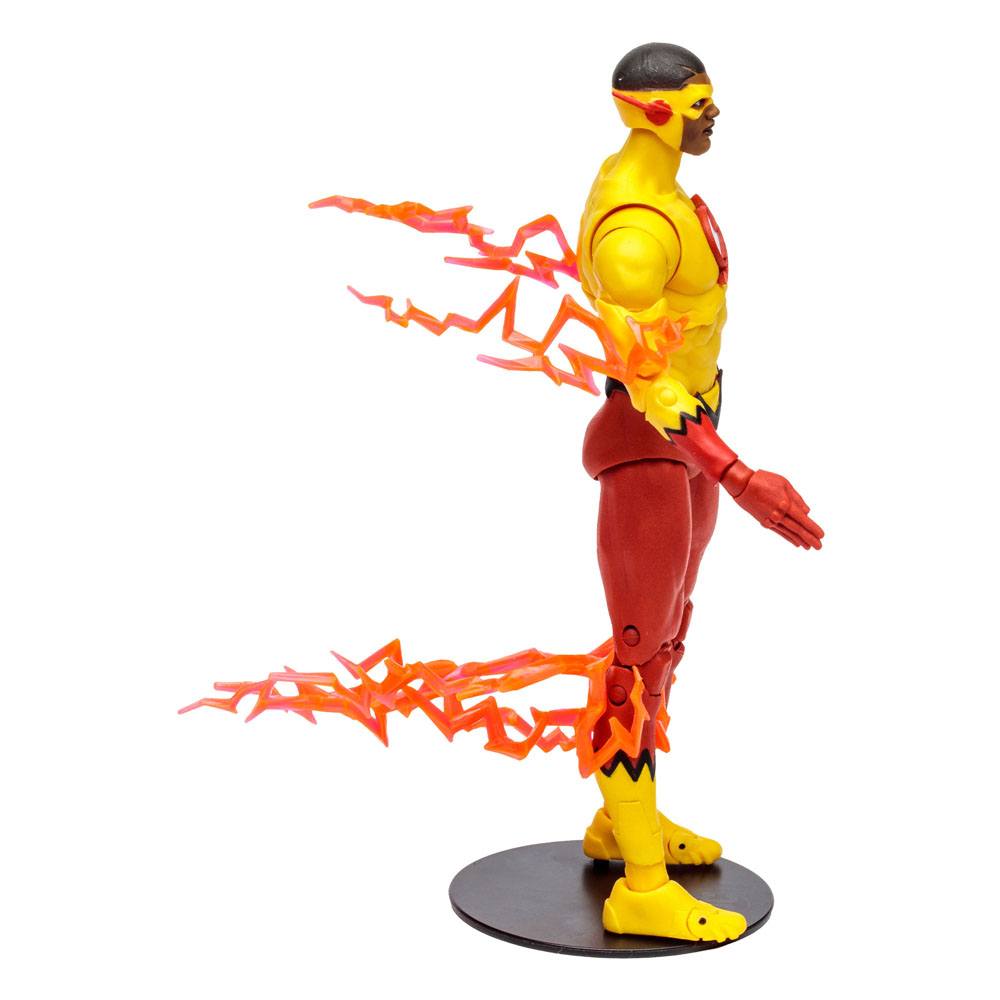 The latest in a long line of speedsters, Wallace West does not take the mantle of Kid Flash lightly, even when it makes him question everything about himself. Struck by Speed Force lightning thanks to some truly mind-bending issues with the timeline, Wallace was given his powers and put on the radar of Barry Allen, who took him under his wing-or, at least, he tried to. If there's one thing Wallace learned very quickly, it's that being a speedster isn't something you can just be taught overnight, even by the Fastest Man Alive.

- Incredibly detailed 7" scale figure based off the DC Multiverse
- Designed with Ultra Articulation with up to 22 moving parts for full range of posing and play
- Kid Flash is based on his look in DC Rebirth
- Kid Flash comes with four attachable lightning bolts, alternate hands and base
- Included collectible art card with figure artwork on the front, and character biography on the back
- Collect all McFarlane Toys DC Multiverse Figures
<!-- <div class="row margin-bottom-40">