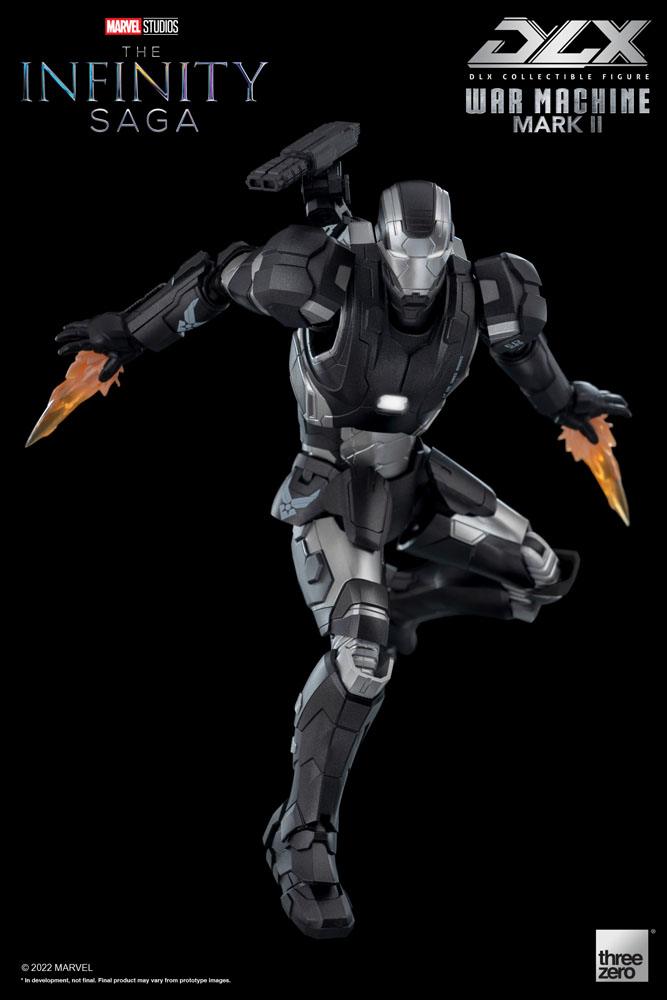 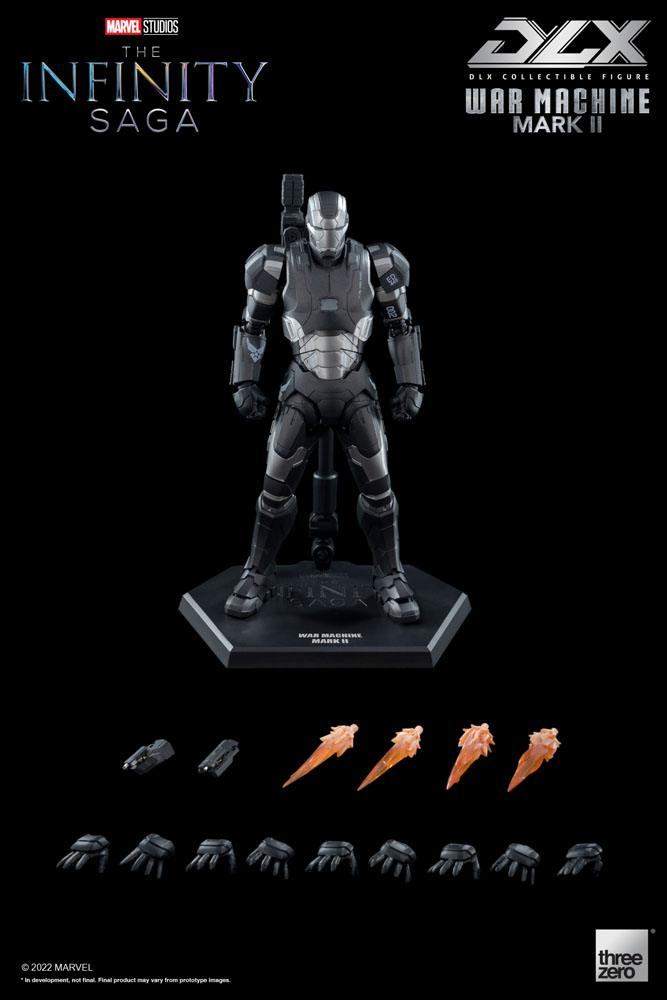 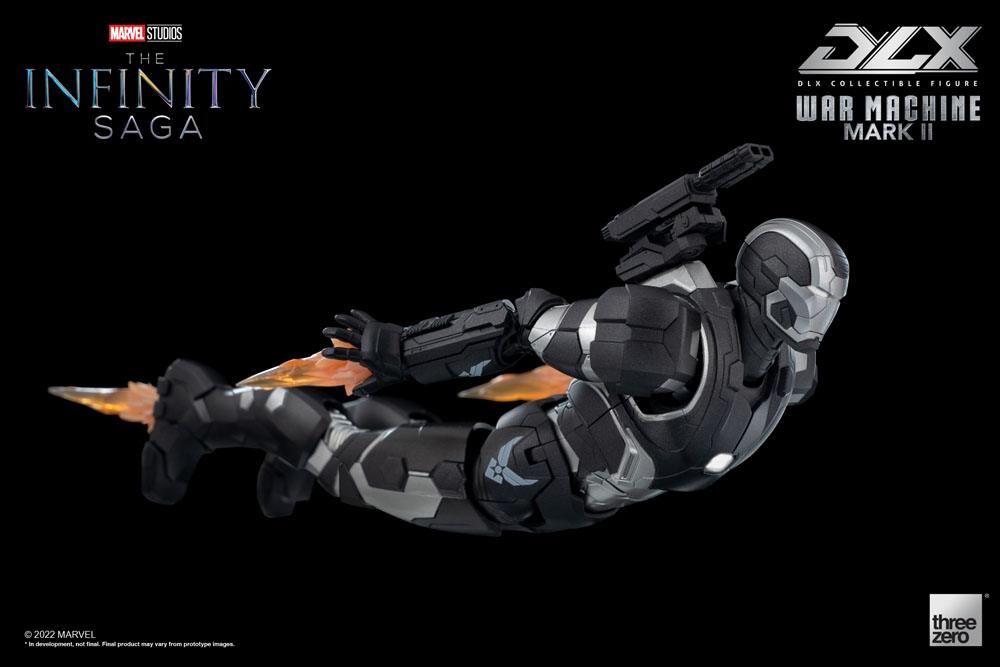 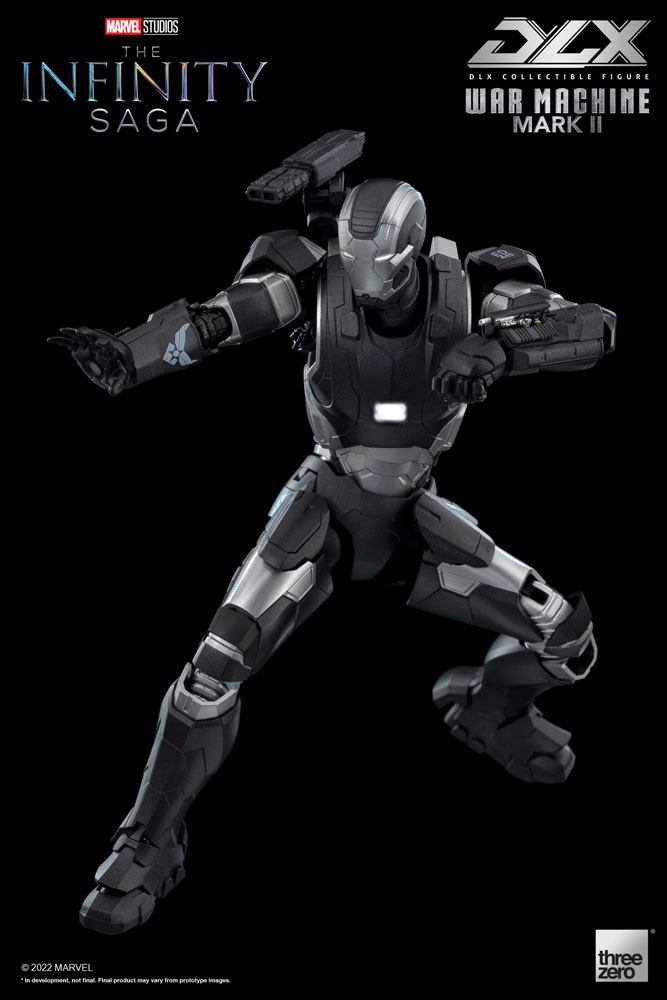 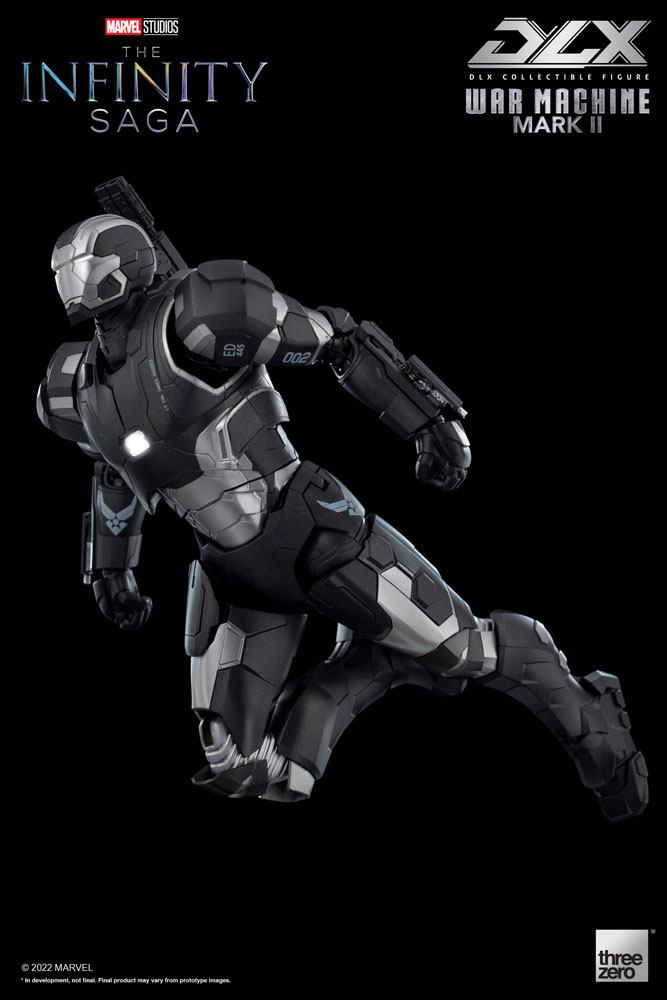 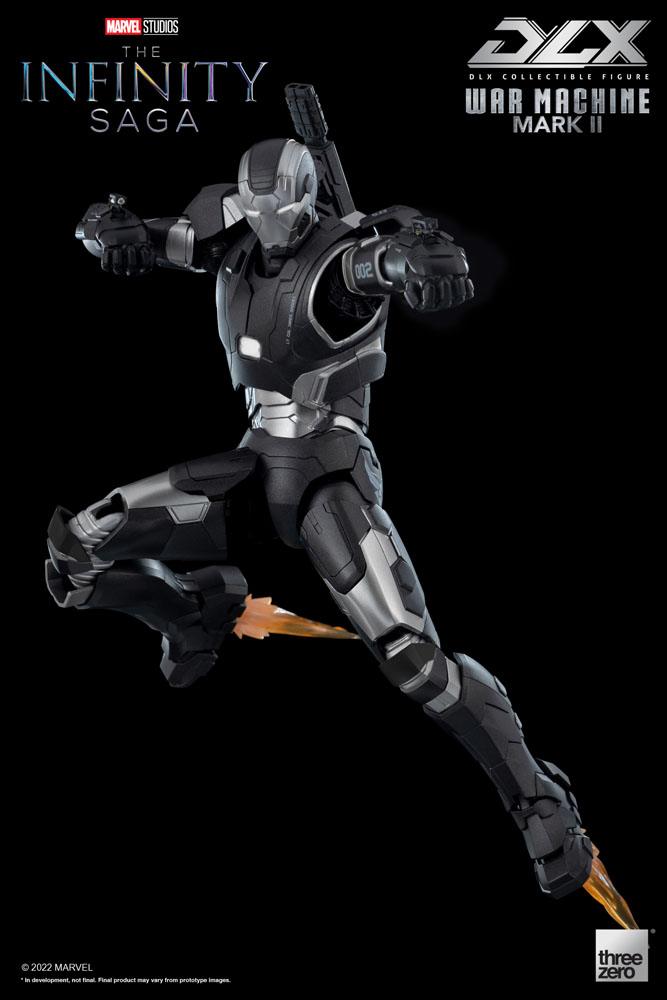 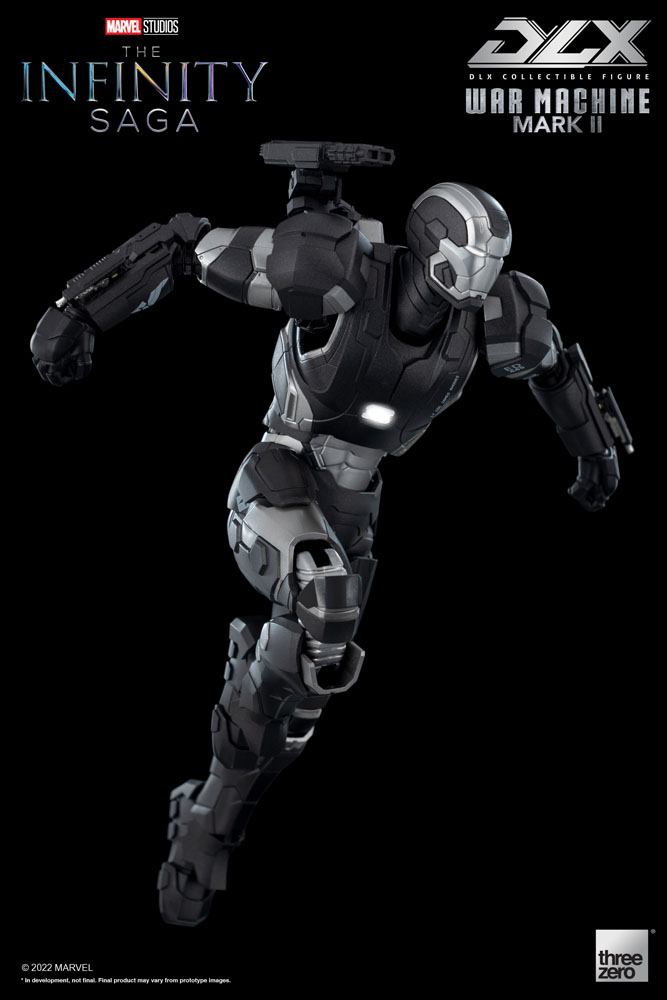 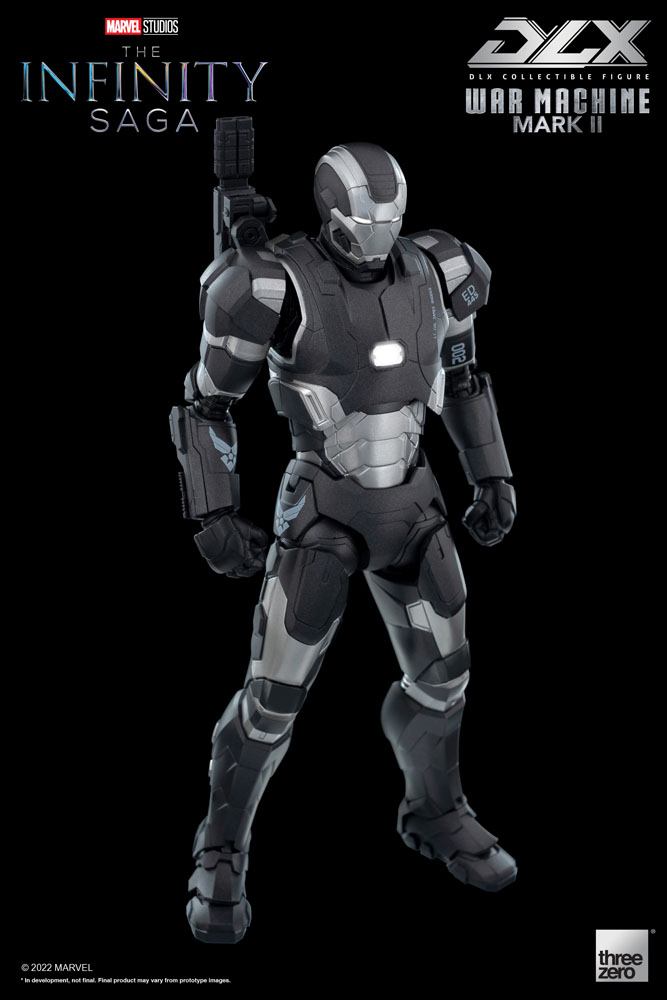 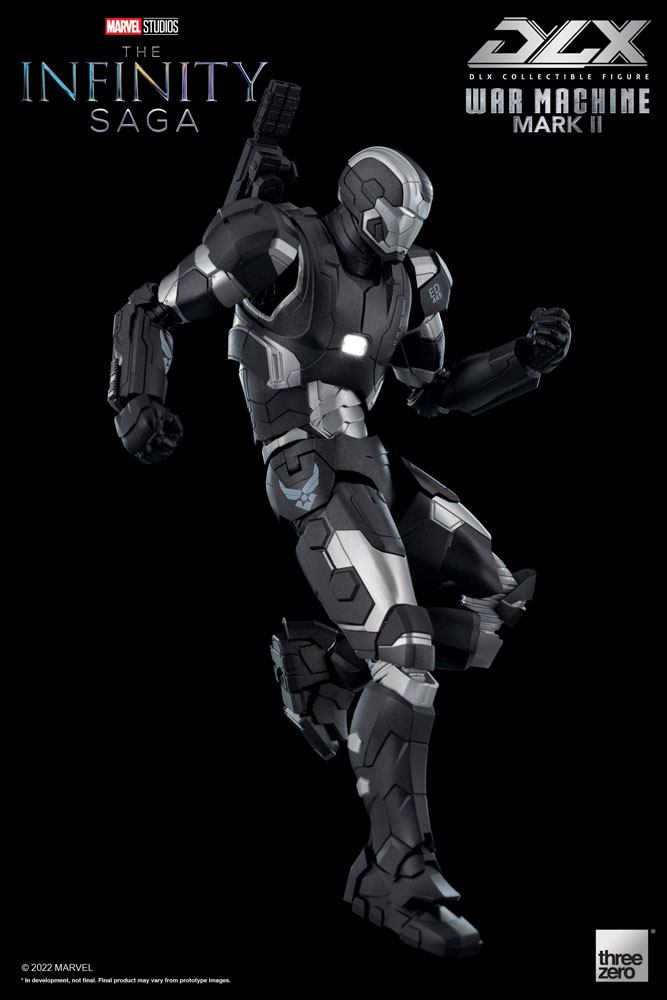 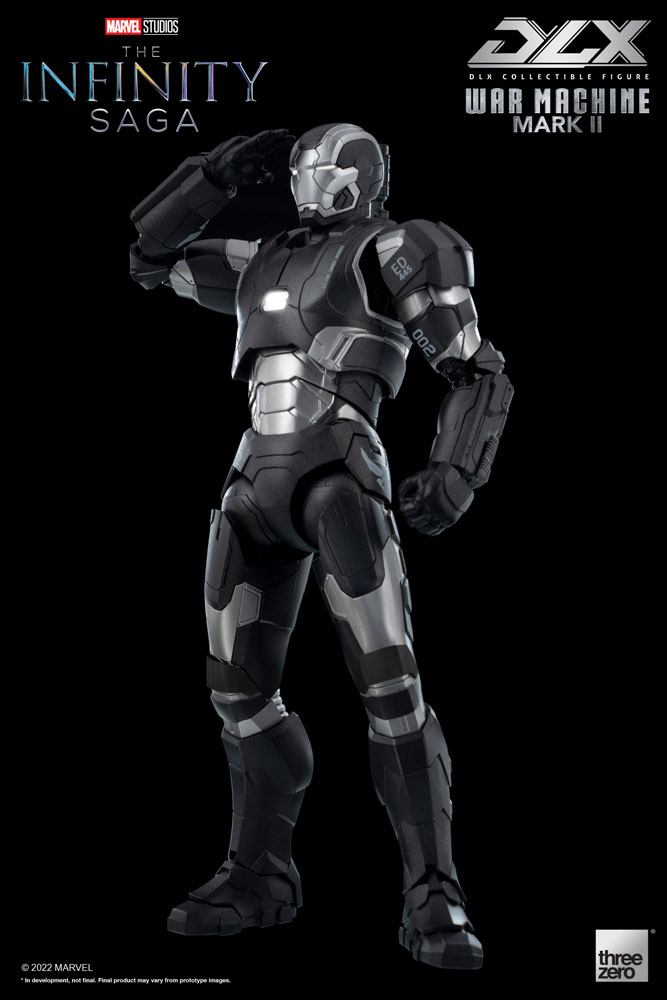 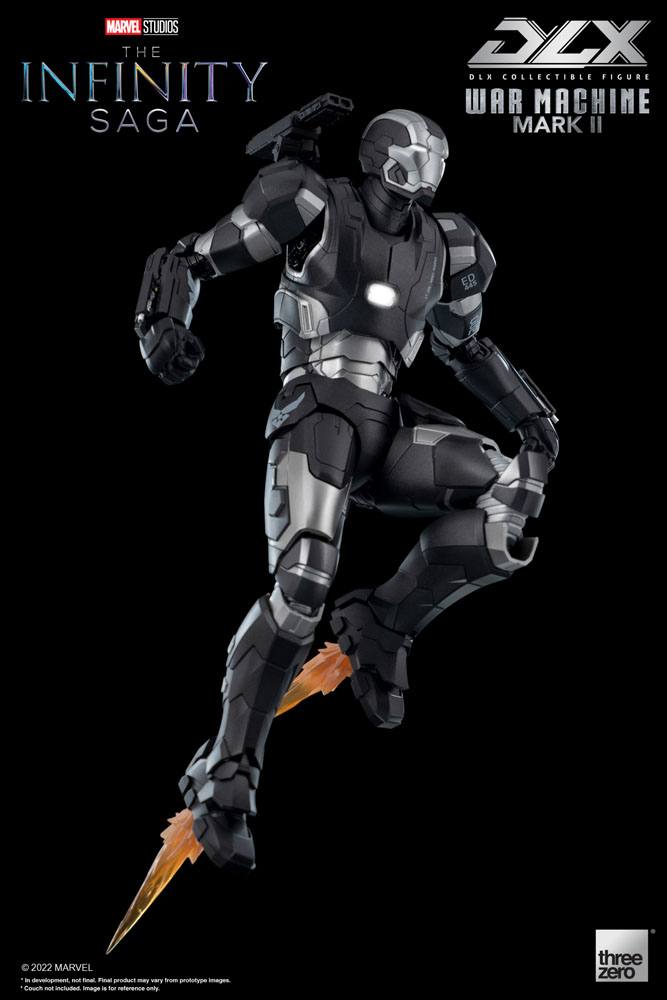 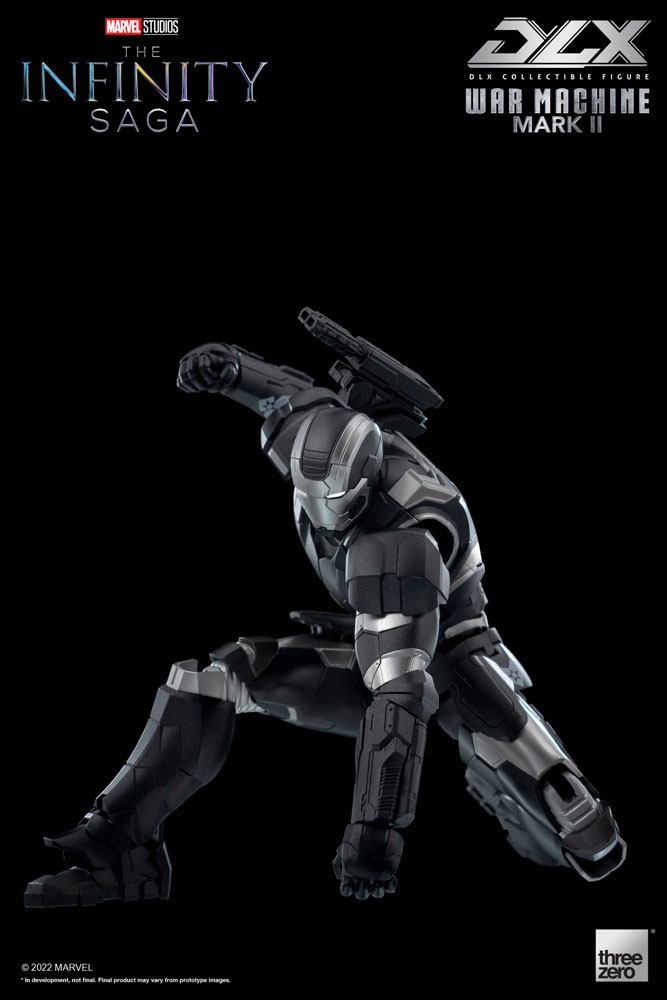 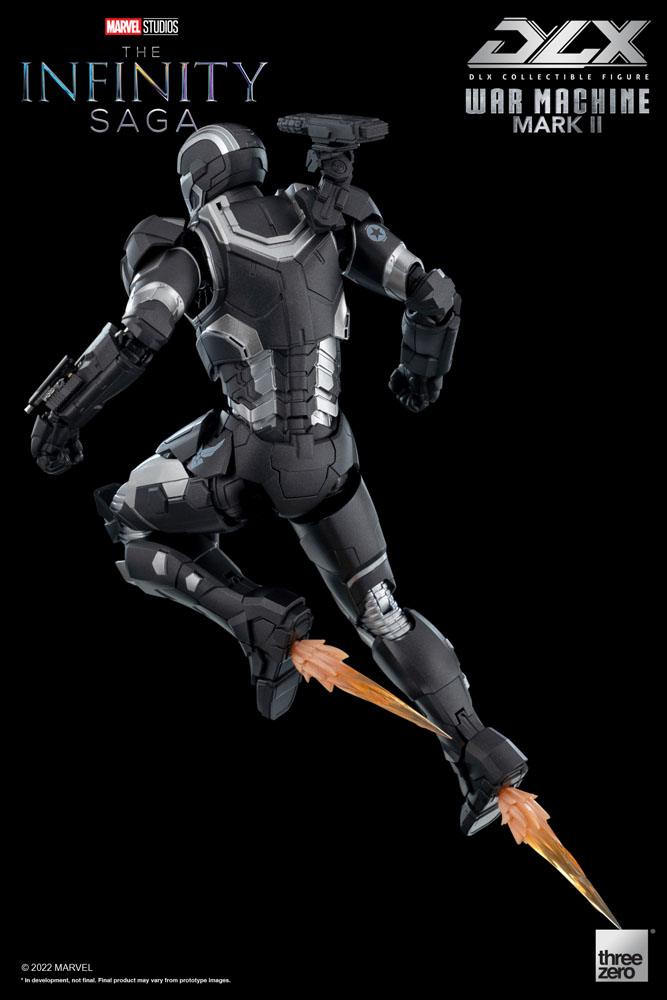 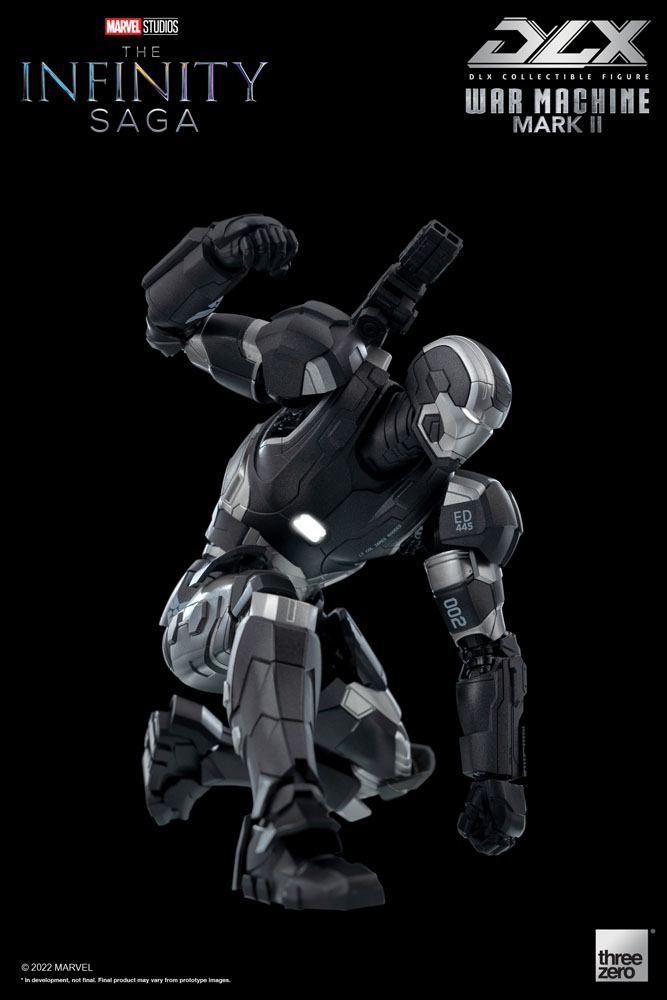 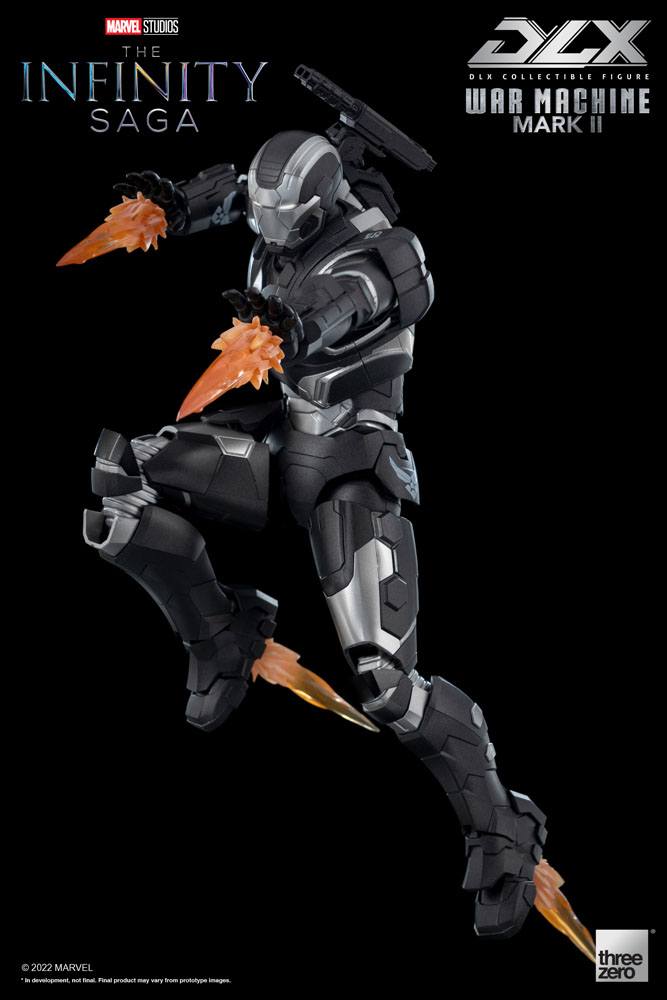 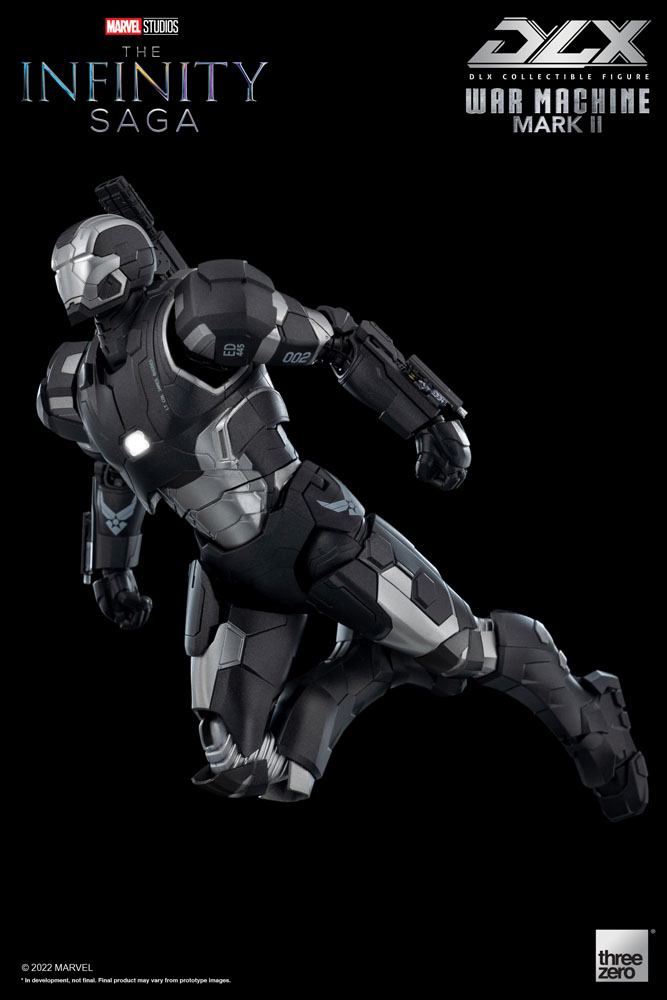 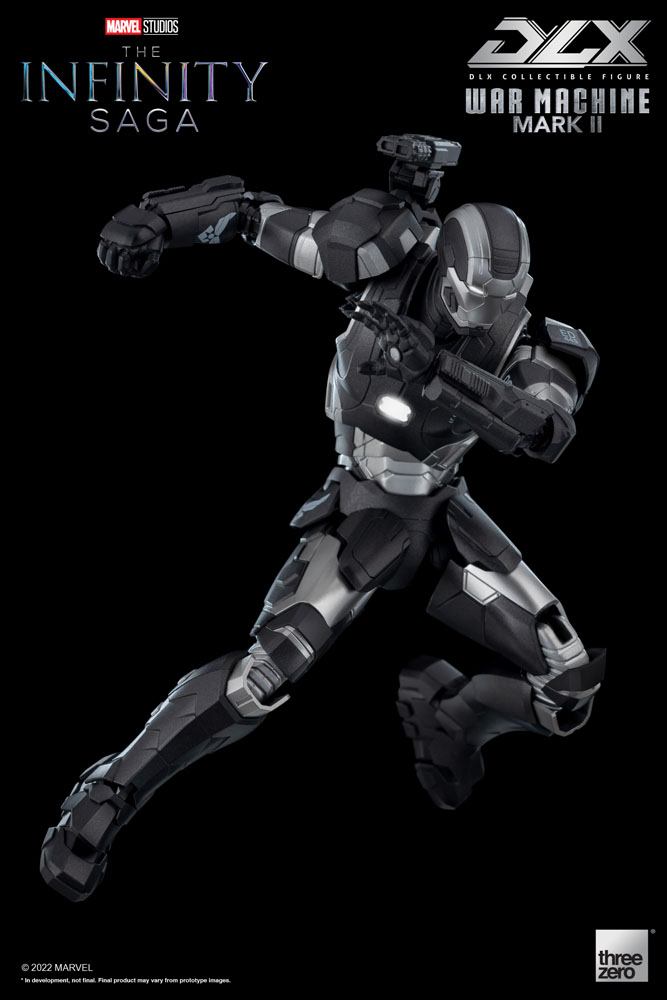 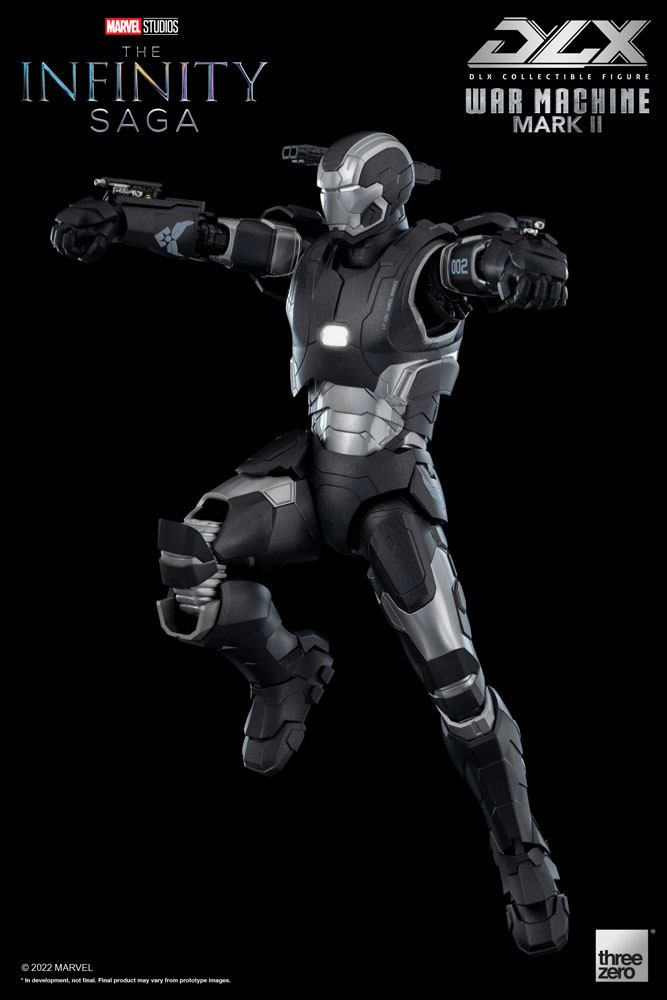 threezero and Marvel Studios are excited to present the DLX War Machine Mark 2 as the next figure in the Marvel DLX series. It adopts the classic color of black and silver with a multi-layer metallic coating process, accurately replicating the design from the movies.

This fully-articulated collectible figure stands approximately at 6.9" (~17.5cm) tall and is constructed of threezero's renown DLX die-cast system with over 48 points of articulation. Detailed structural engineering and exquisite design enable the figure to depict a variety of action poses while maintaining a realistic appearance.

LED lighting functions are located on the chest and the eyes. Its back-mounted cannon can be rotated for different over-the-shoulder poses. Additional equipment and accessories include six sets of interchangeable hands, two detachable micro-cannons that can be connected onto both forearms, effect parts for shooting and flight poses, and a DLX action stand; allowing for a wide variety of display possibilities!