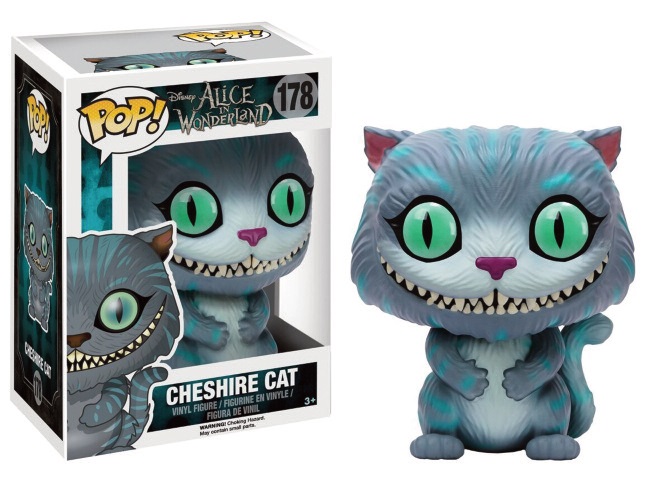 With a new Live action, Alice film, due next year (Through the Looking Glass) we are getting an advance party of Alice POP! in the form of this set of 4 from the 2010 Alice in Wonderland film. The film was a huge success, on release, bringing in more than a billion $ at the box office. We can’t wait for the new film, but this is a great place for Alice fans to start POP! collecting. The Cheshire Cat POP! vinyl figure stands around 9 cm tall. Packed in an illustrated window box.