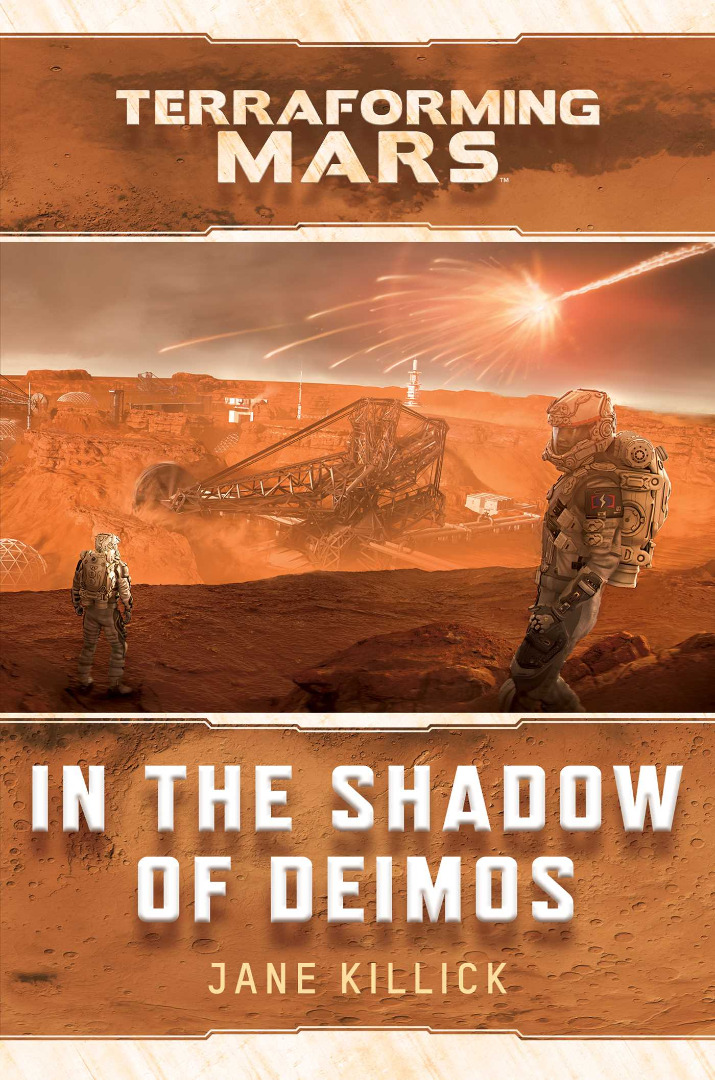 In The Shadow Of Deimos: Terraforming Mars (English)

In The Shadow Of Deimos: Terraforming Mars (English)

Mars is the new frontier for humanity, as we launch an epic saga of inspiring planetary exploration set in the award-winning Terraforming Mars boardgame.

Mars, 2316. The recently created Terraforming Committee arbitrates the dramatic development of Mars by powerful rival corporations. When a rogue asteroid crashes into a research center and kills its lone technician, the fragile balance between corporations is shattered. The World Government's investigation into the accident reveals a multitude of motives, while a corporation insider stumbles on a dark conspiracy. Two Martians with very different agendas must navigate a trail of destruction and treachery to uncover the truth and expose those responsible, before Mars falls to Earth's corruption. As lines blur between progress and humanity, Mars itself remains the biggest adversary of all.