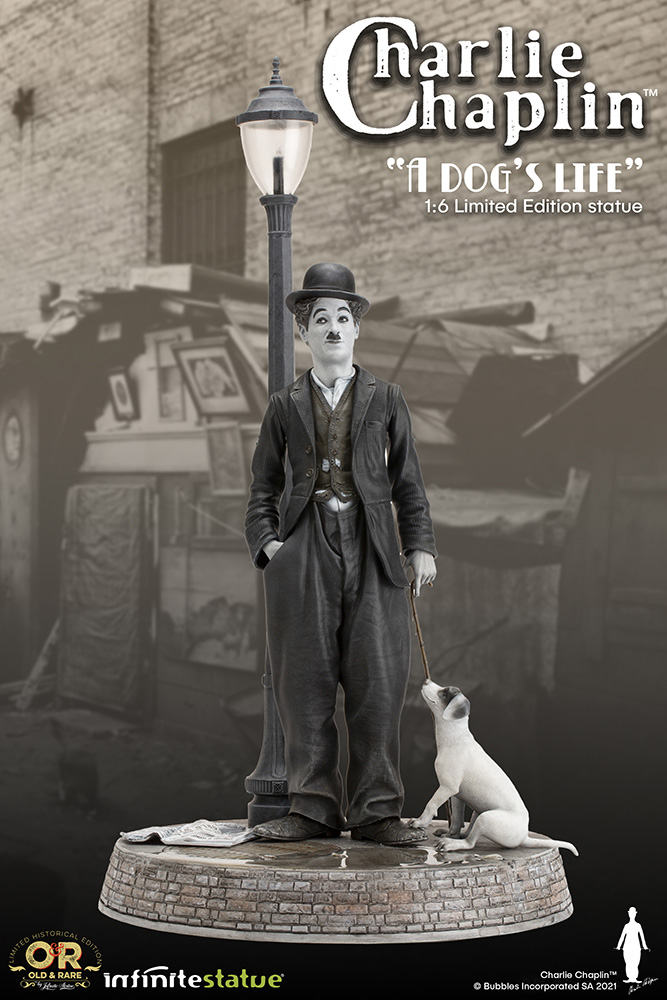 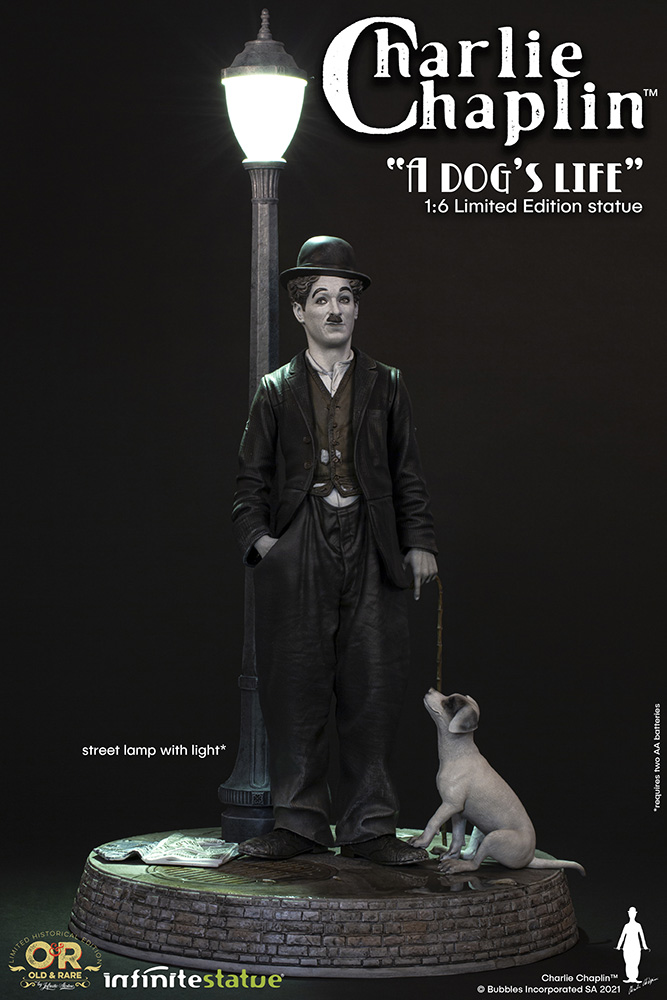 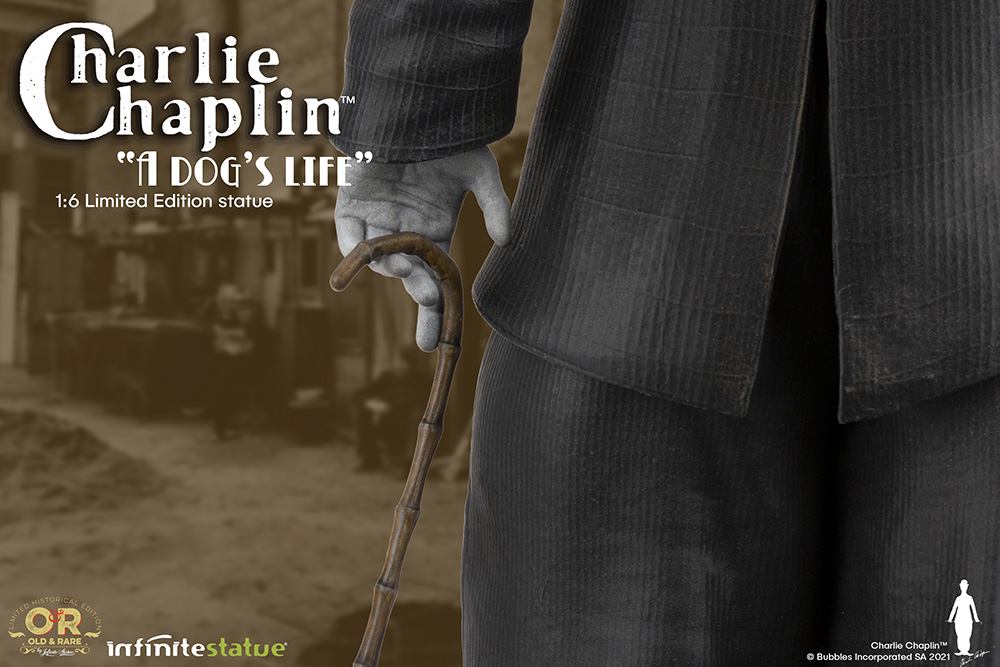 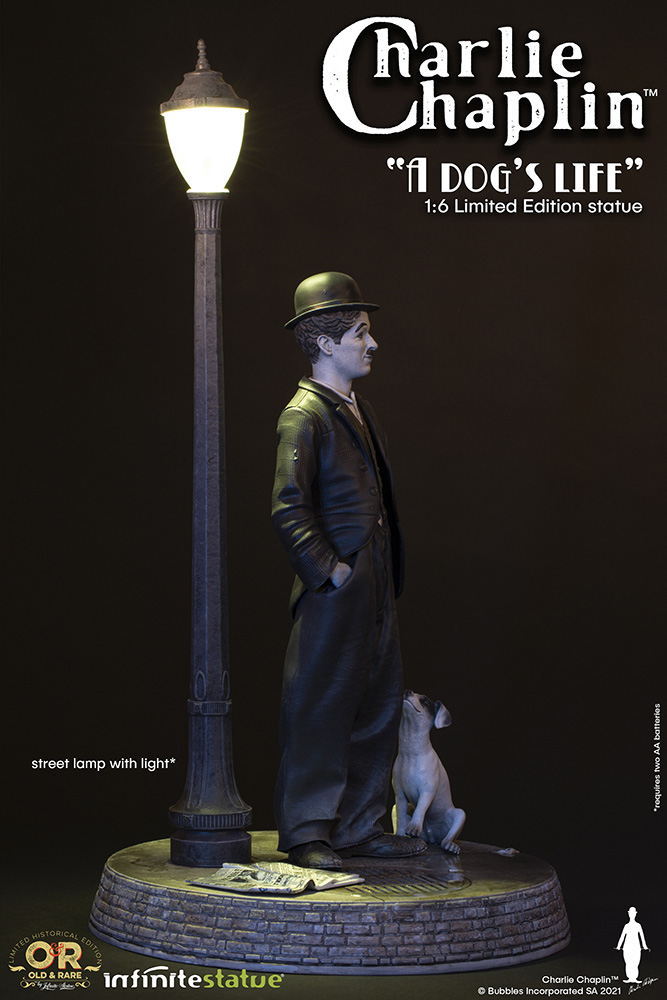 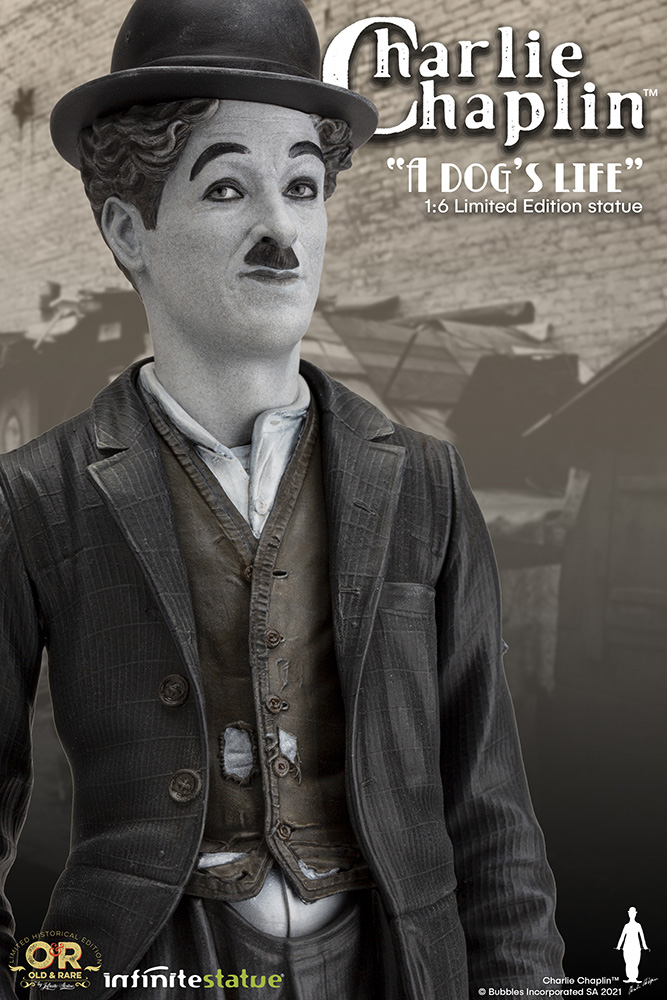 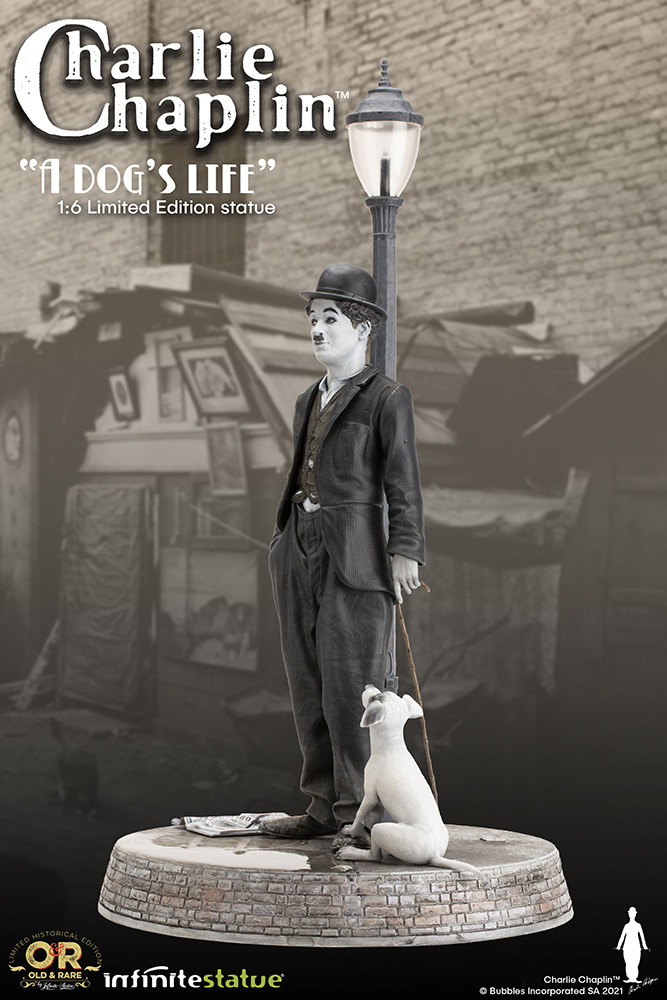 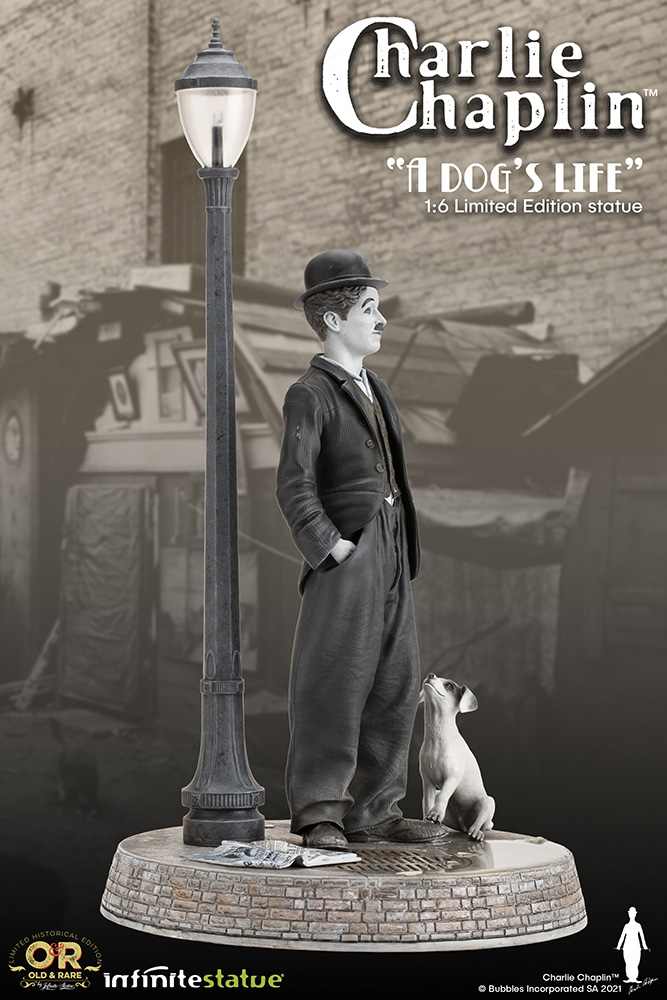 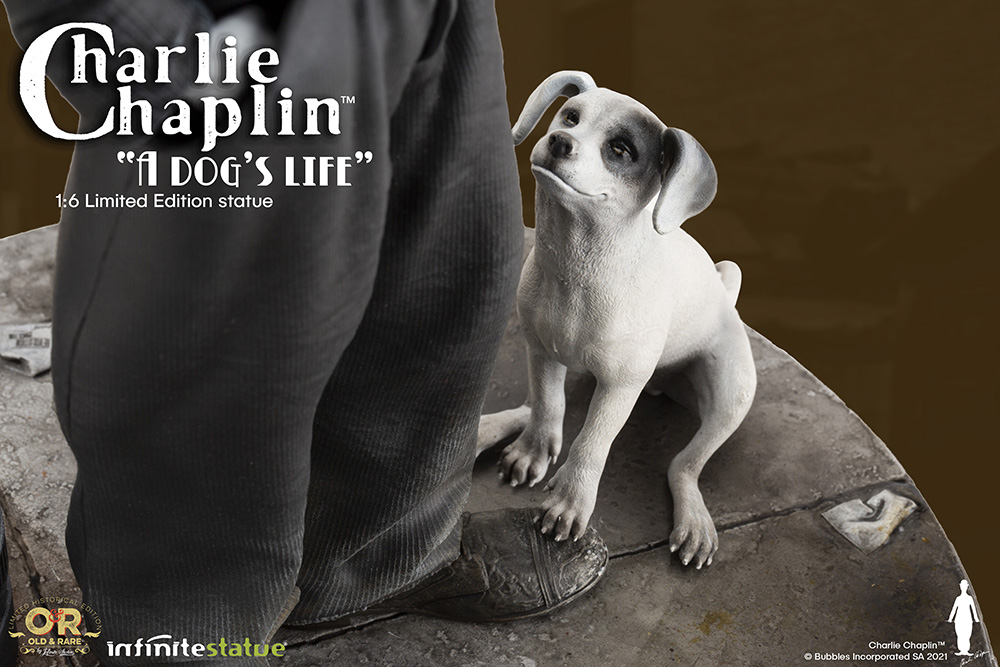 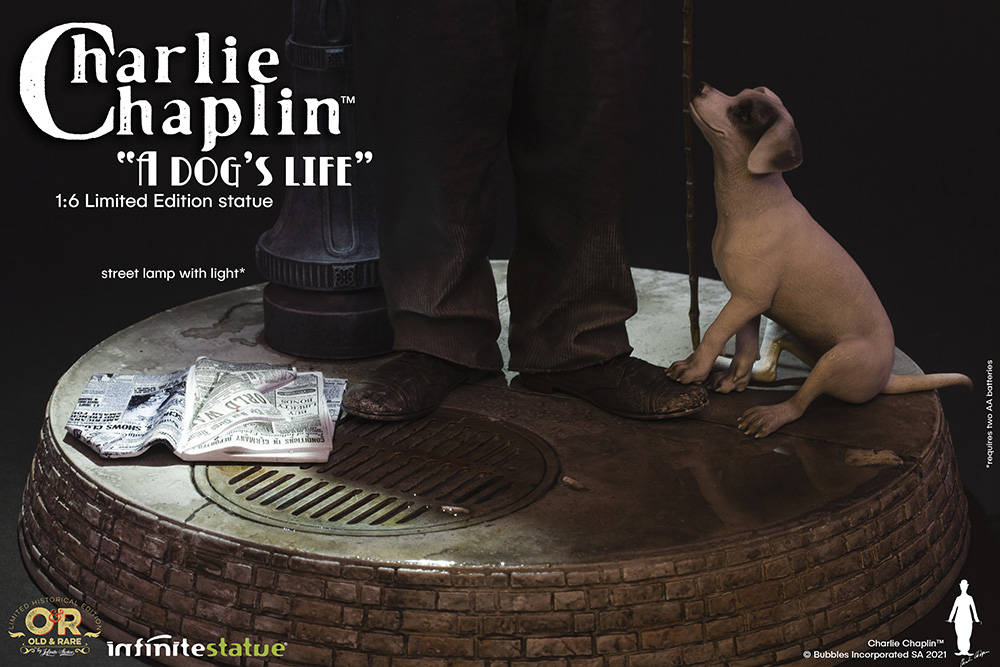 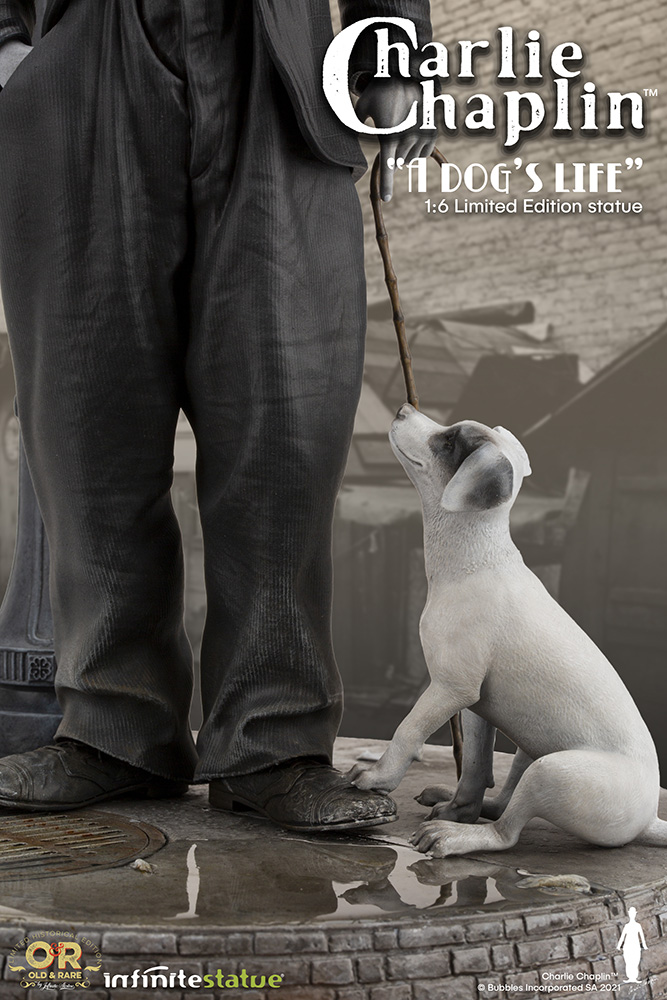 Filmed in 1918, “Dog’s Life” can certainly be considered as one of Charlie Chaplin’s absolute masterpieces.
After the success of the first two statuettes dedicated to Charlie Chaplin, Infinite Statue wanted to explore his world once again, evoking the atmosphere of his film-making style.
Charlie Chaplin A Dog’s Life Statue brings together all the expressive brilliance of which Chaplin was capable using even the simplest things, and the duo with the stray pup is a true triumph of beauty. We have created the “street” feel typical of his films, and at the same time the sweet appeal of two companions of misadventure, destined to become inseparable. The addition of the streetlamp which actually lights up makes this creation a true piece of art, with a wealth of personality and dreams, to a degree that is possible only with the greatest cinema. Today it is sufficient to “turn on” Charlie Chaplin’s cinematographic genius, and plunge into the magical world brought to us by a great artist, in a dimension that he alone was capable of achieving.