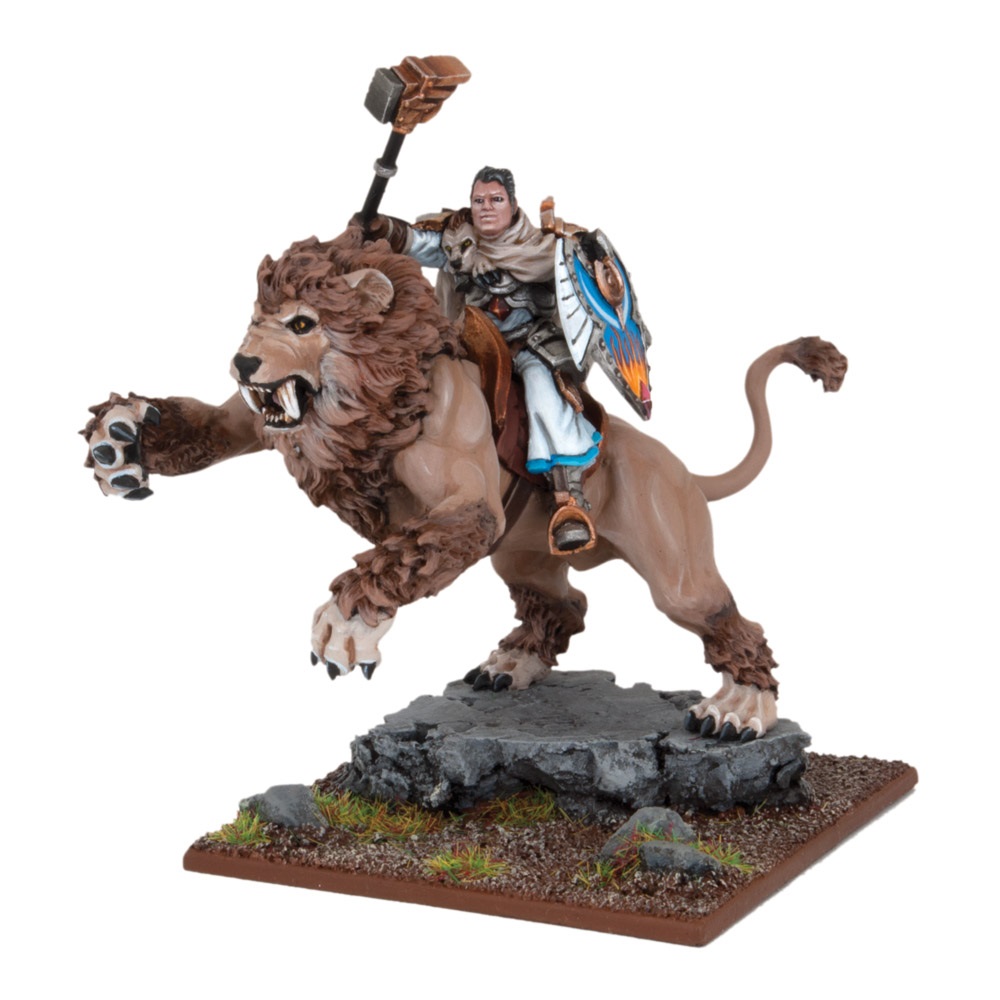 Gnaeus Sallustis is the Grand Master of the order of Basilean paladins. His appearance on the battlefield is a bad omen for the enemies of Basilea, as no army he has led has ever lost a battle. He rides into battle atop his gigantic Basilean lion, Nakir, cutting a swathe through the enemy ranks to reach his ultimate objective: a final confrontation with the enemy general.