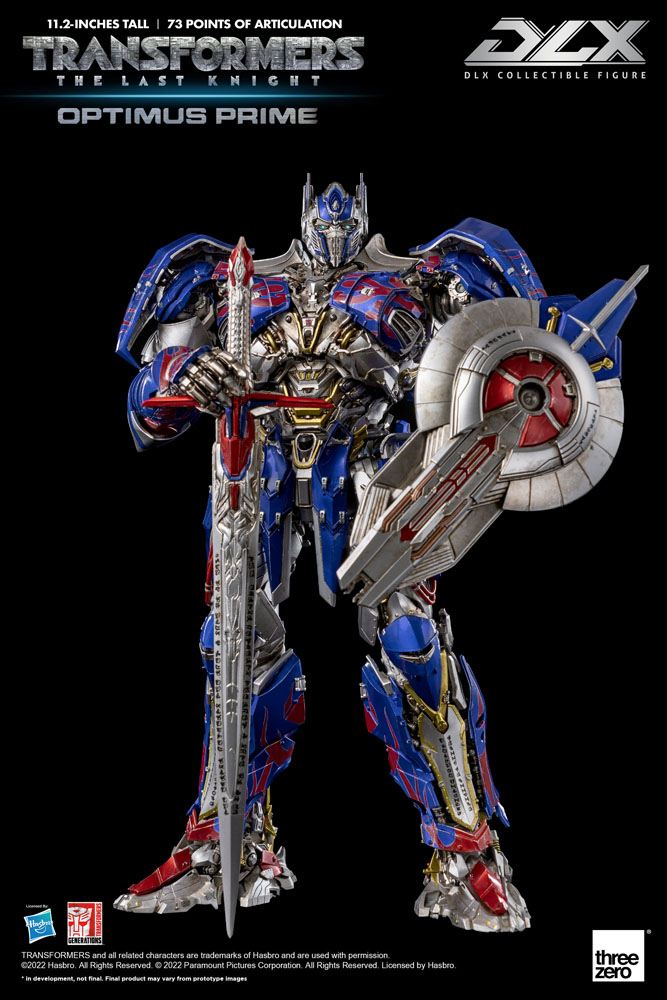 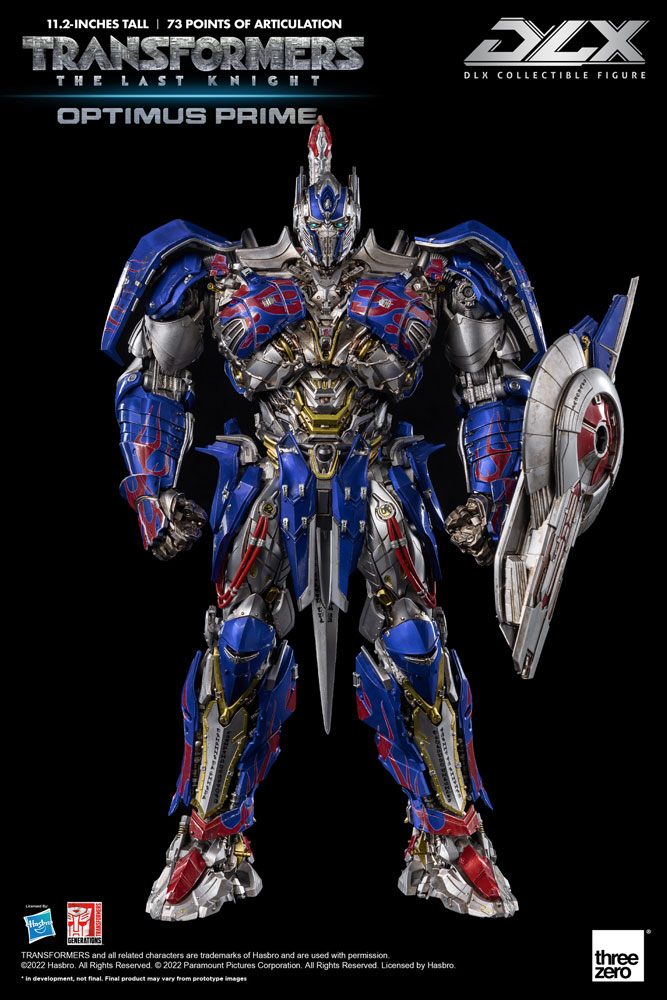 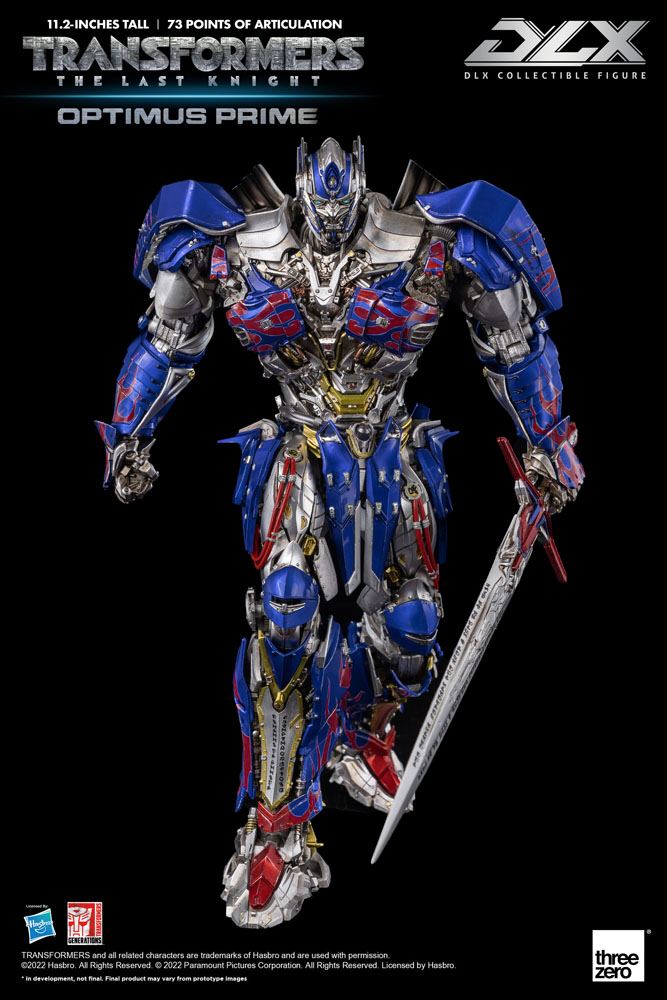 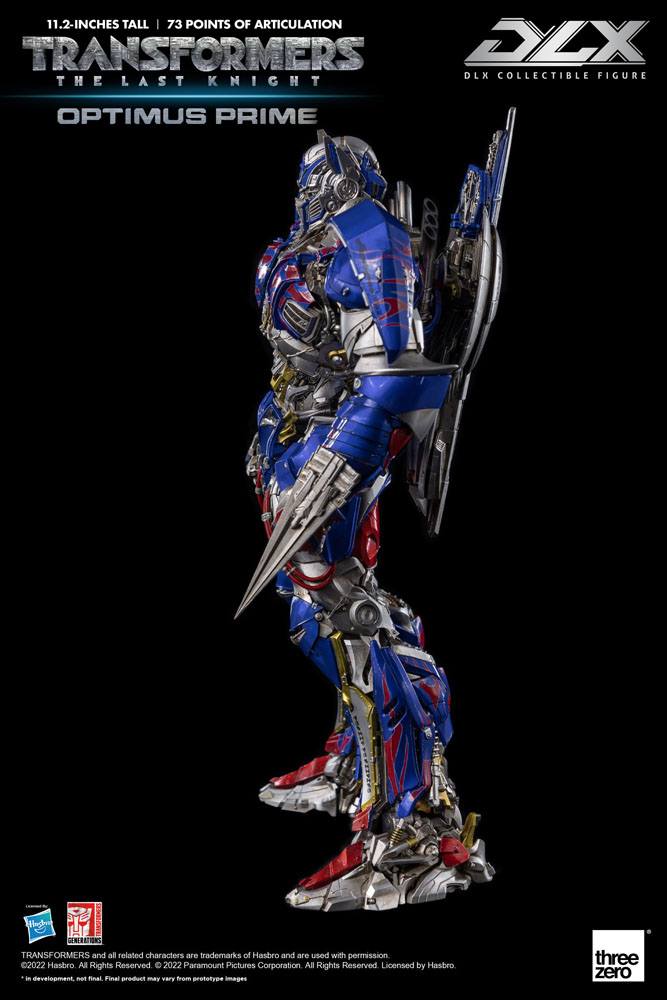 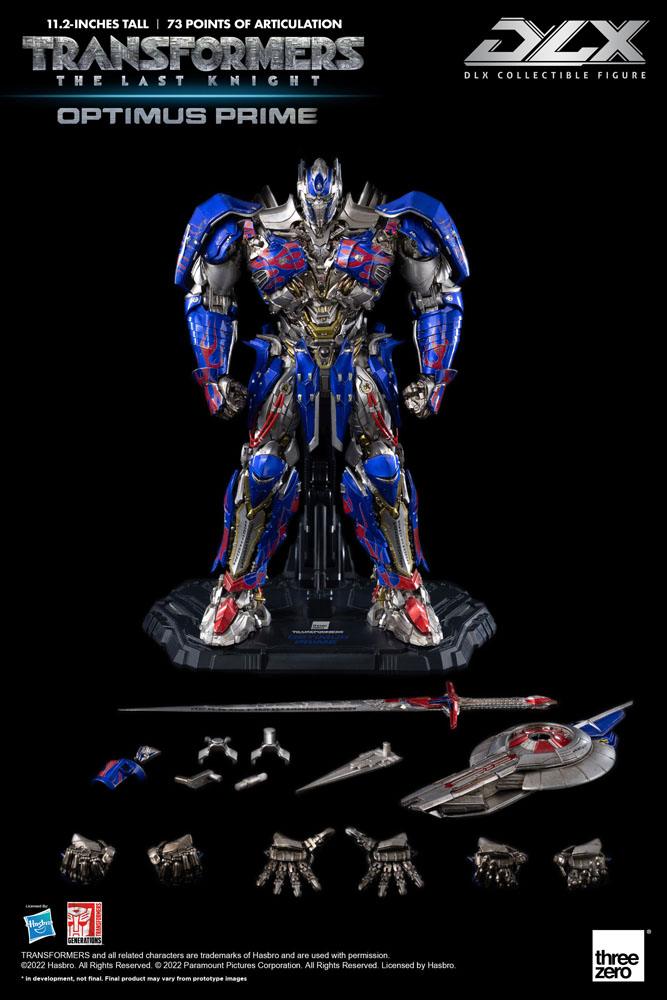 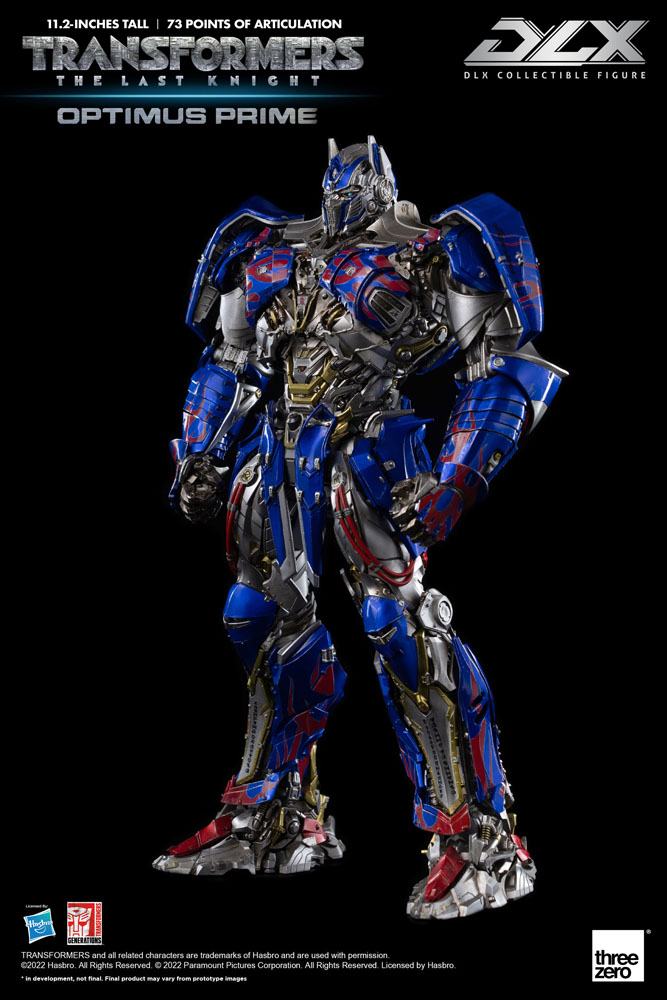 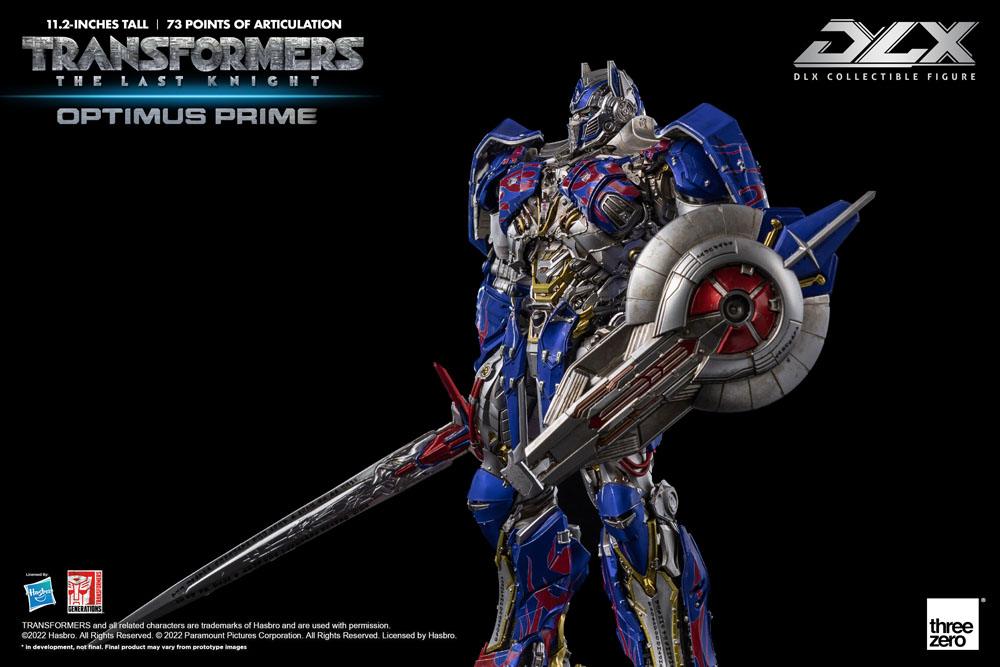 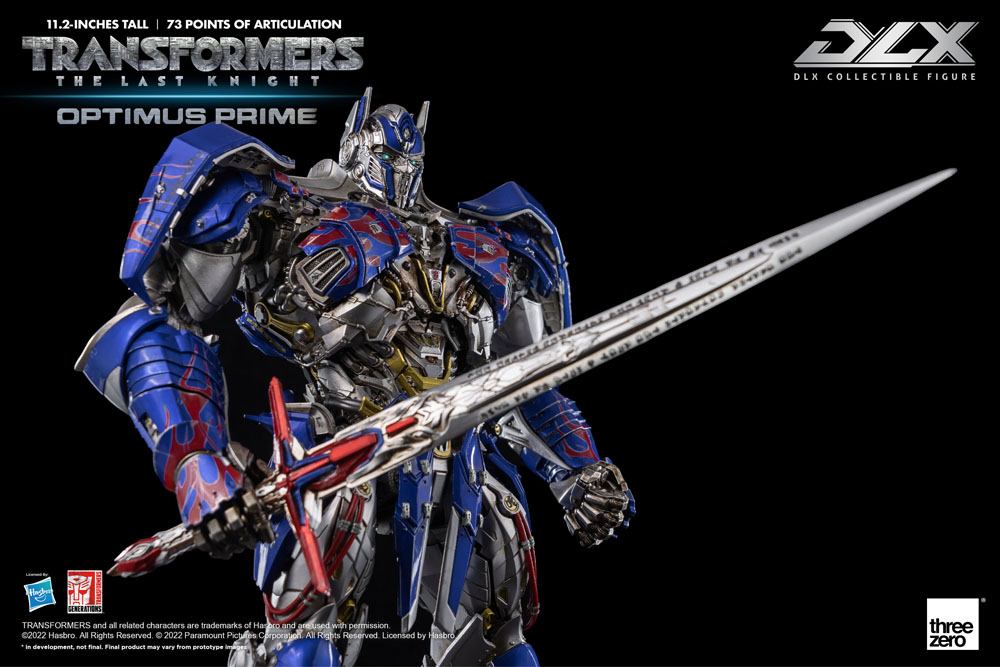 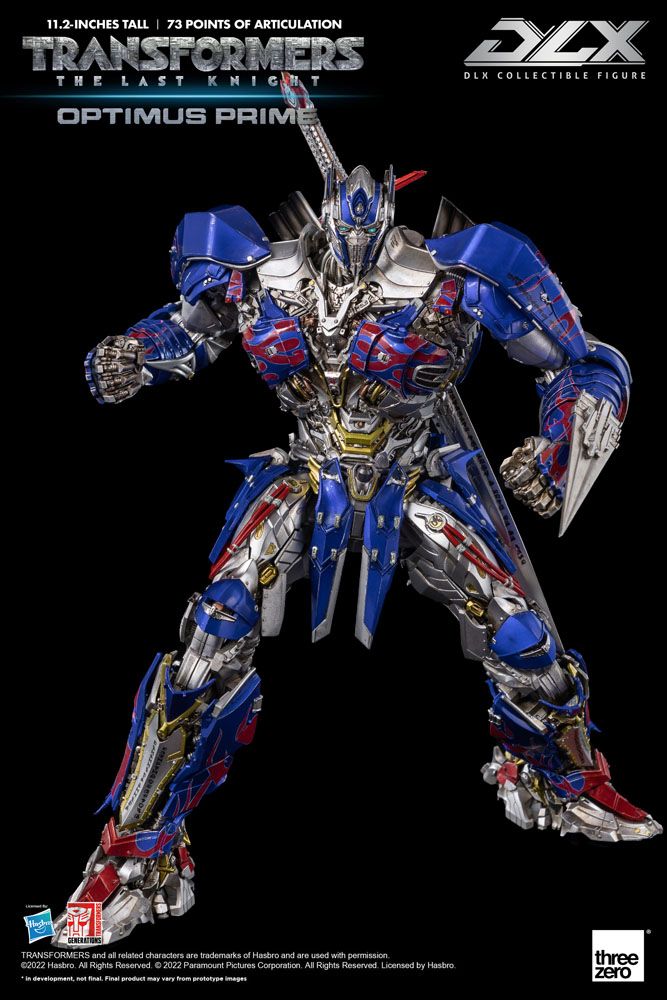 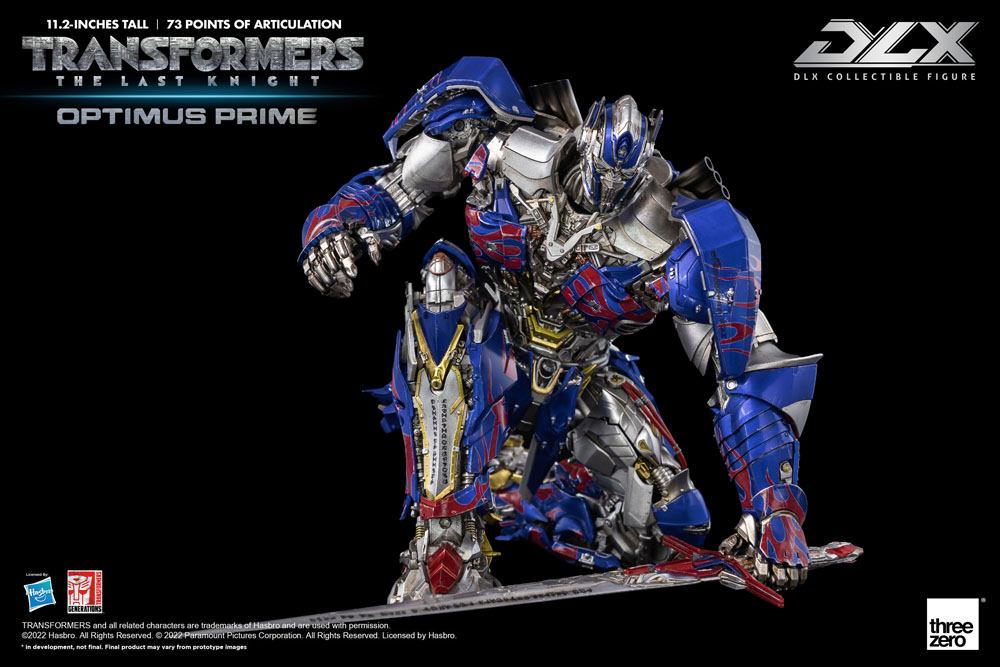 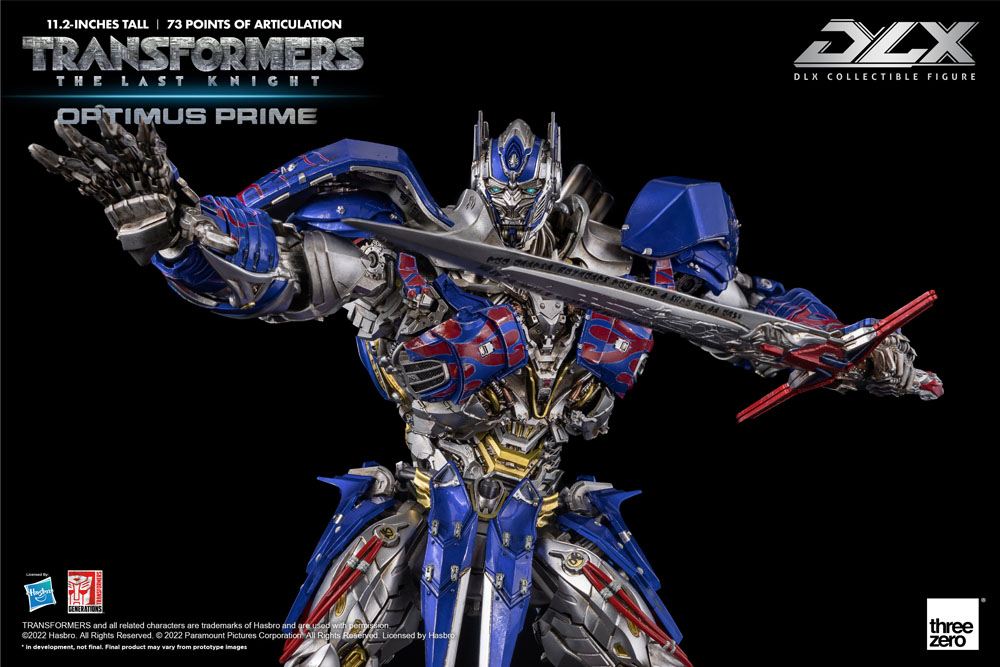 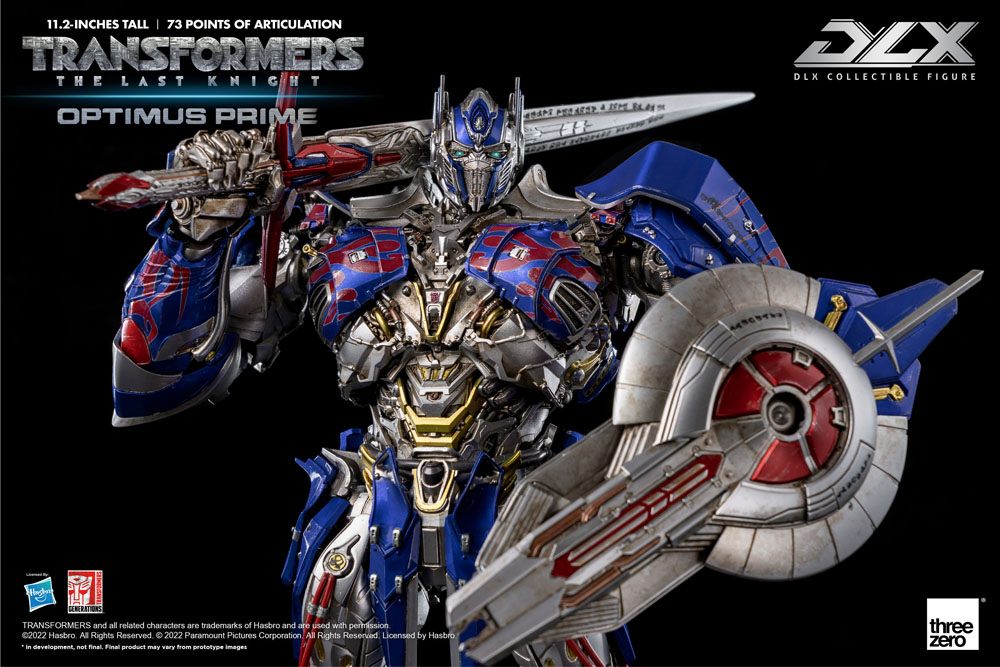 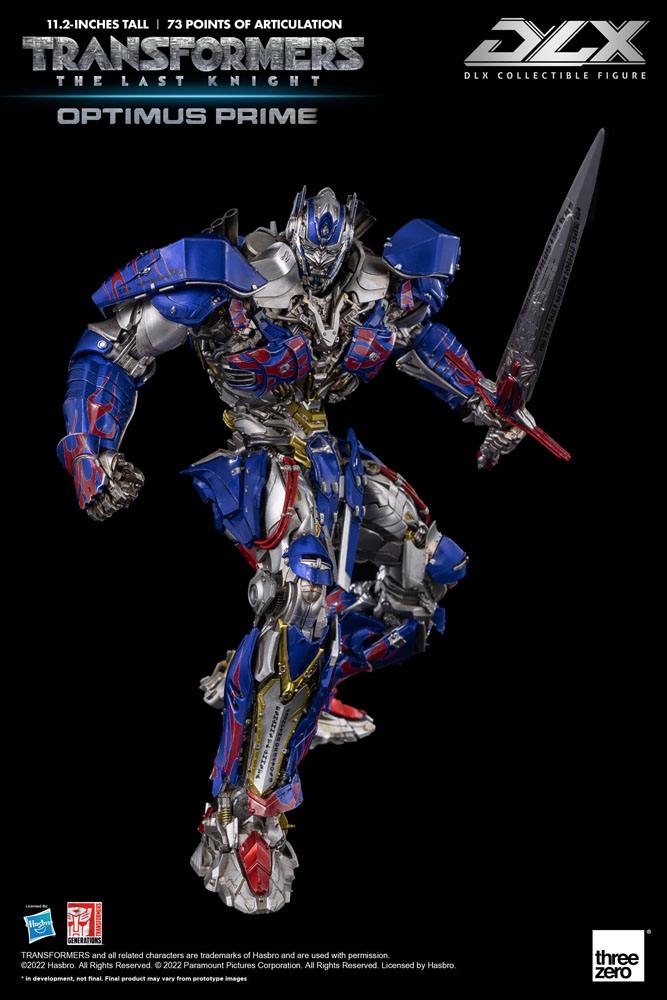 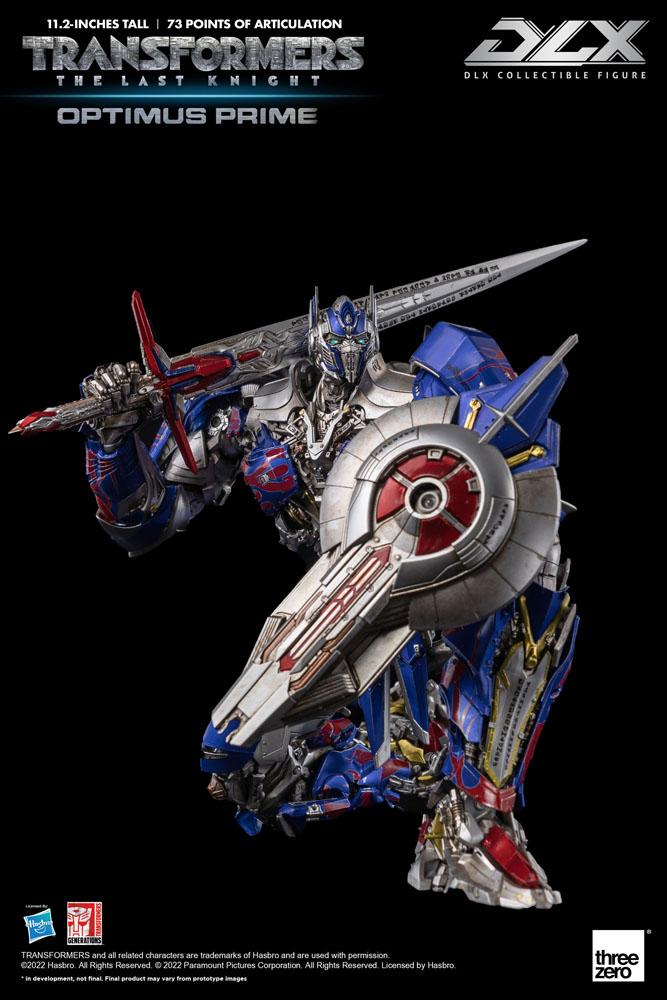 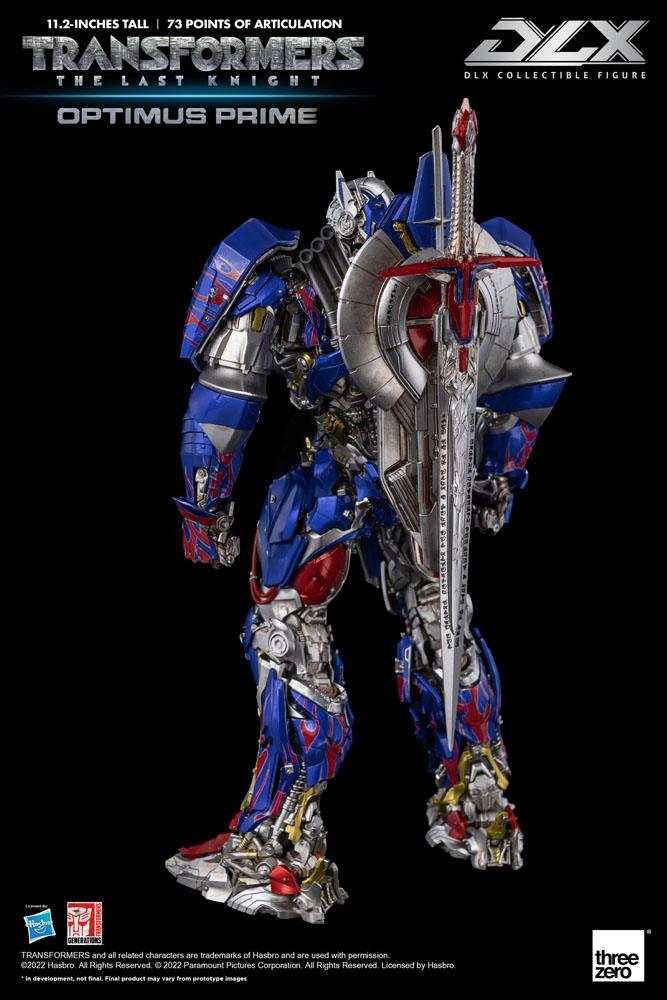 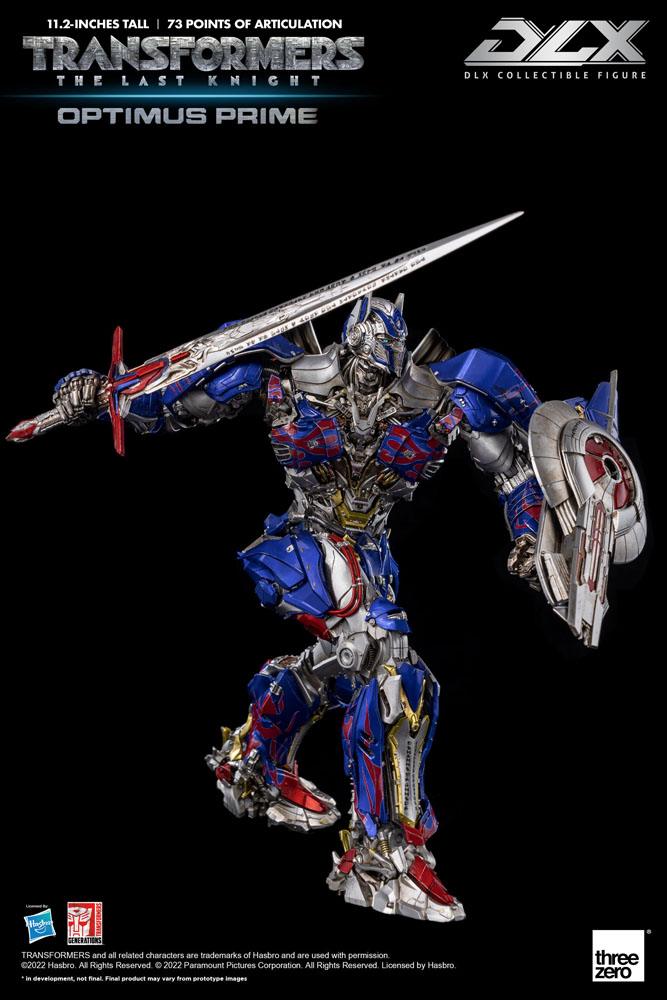 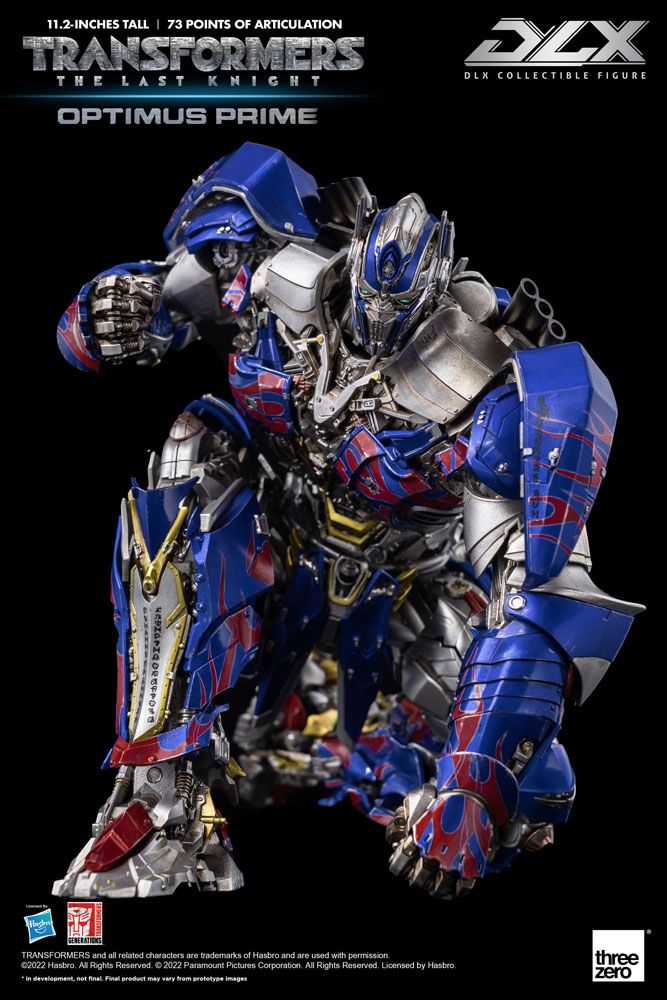 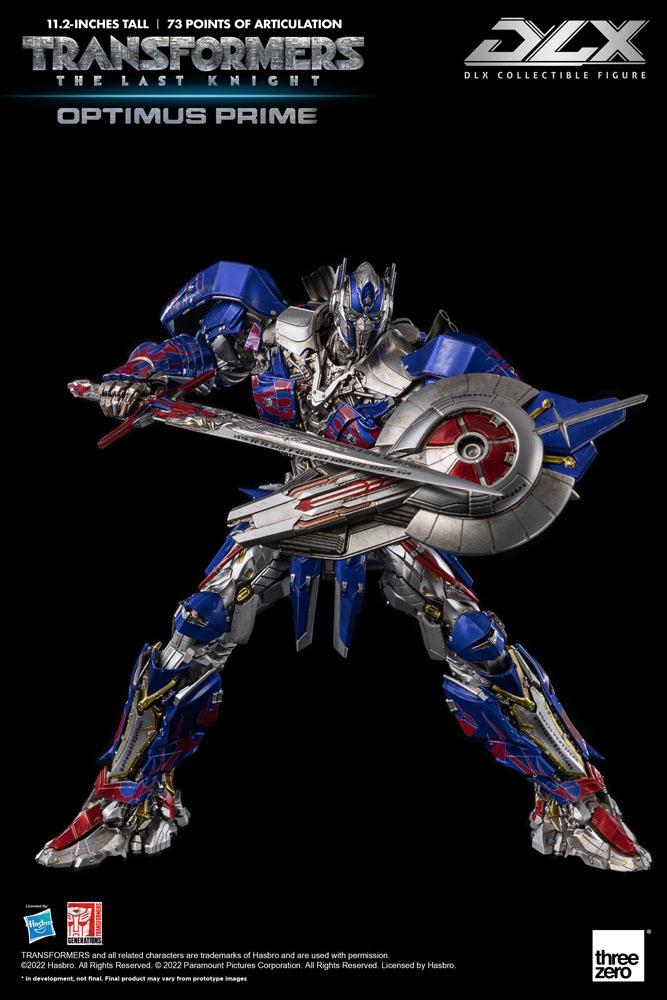 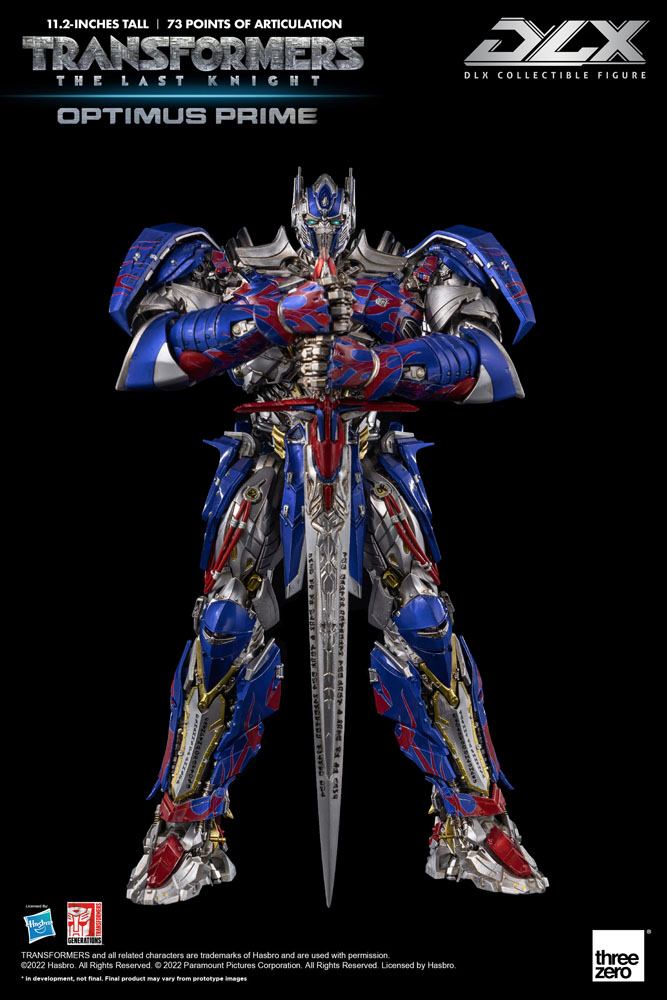 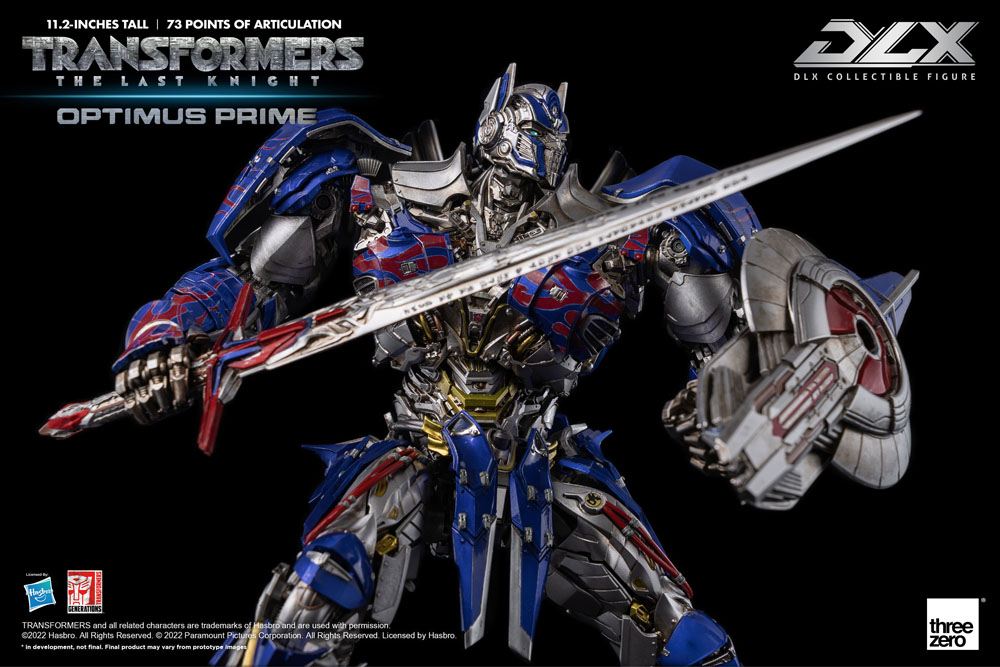 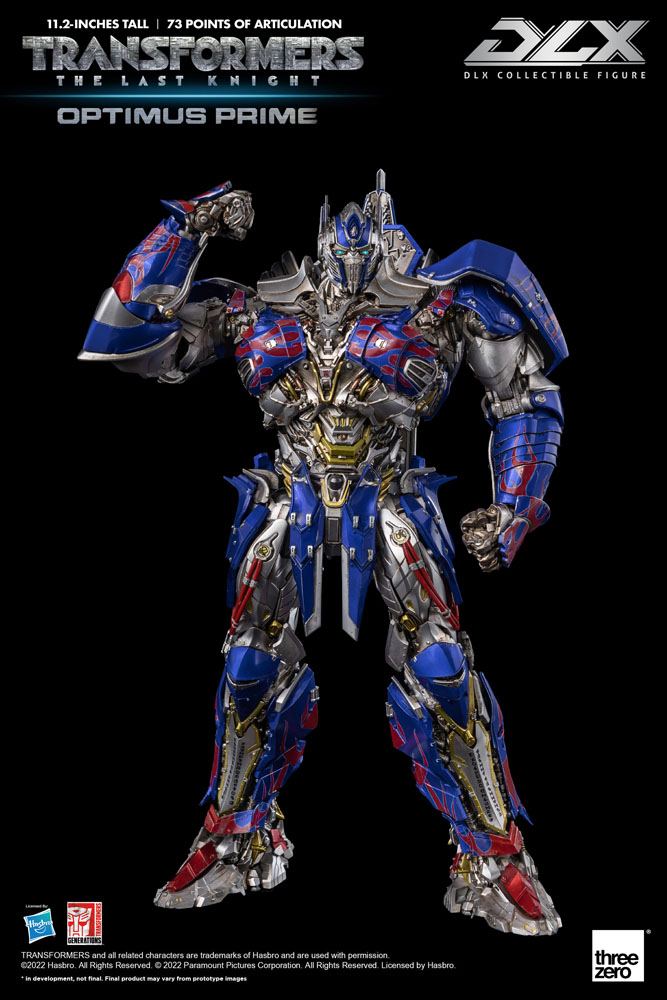 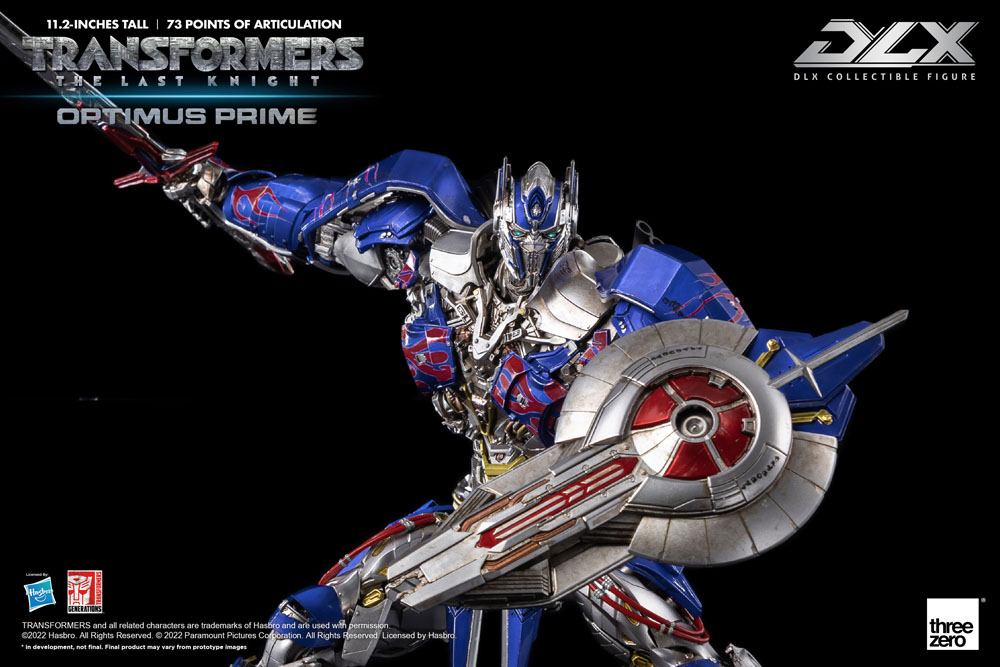 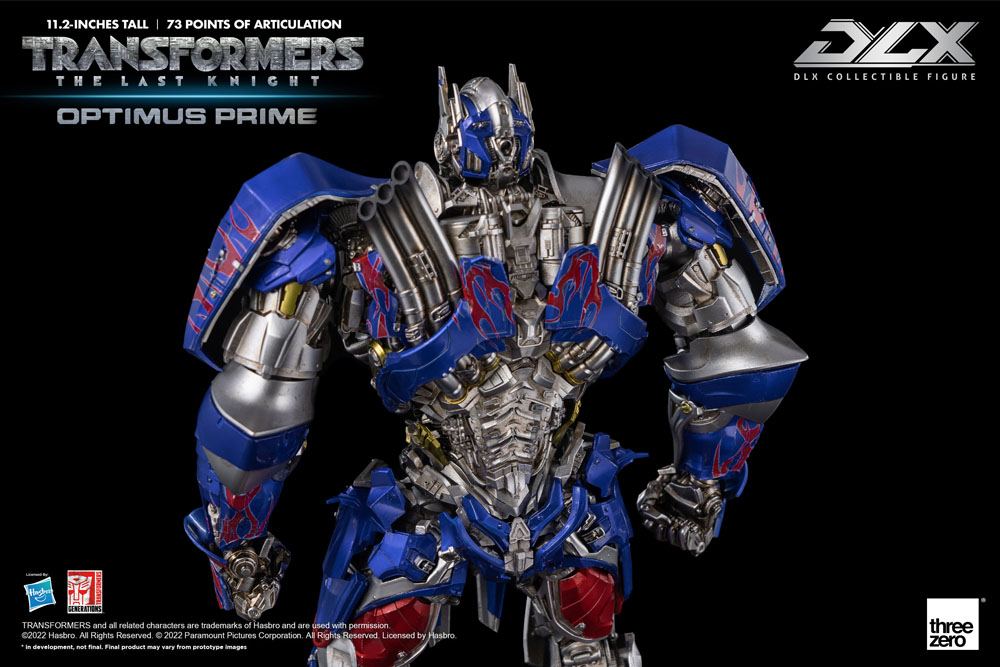 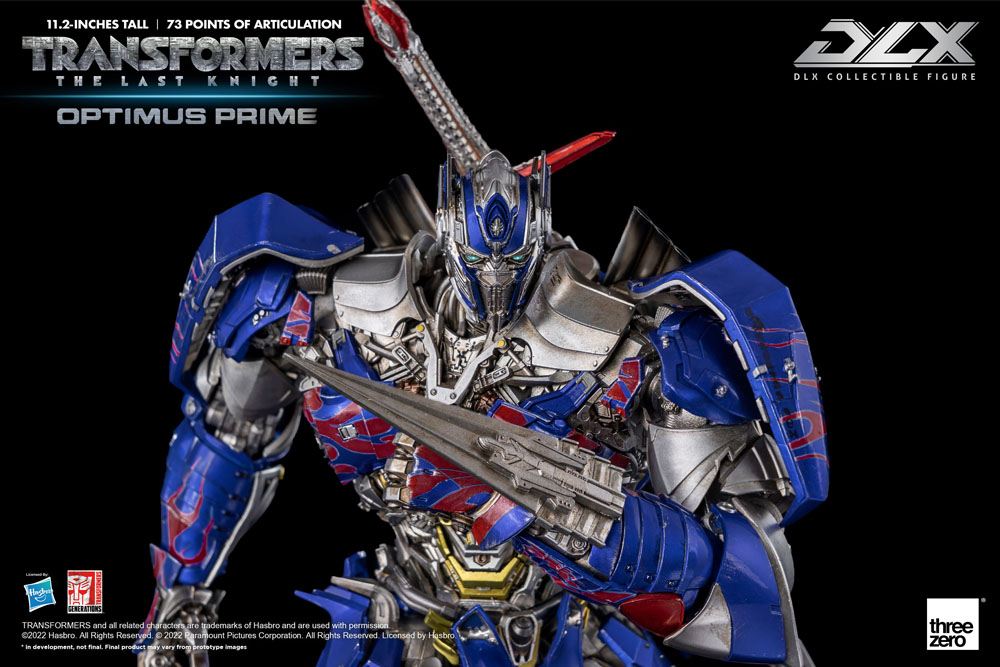 Optimus Prime is back at Cybertron and is brainwashed by the villain Quintessa. Quintessa tells Optimus Prime that he must retrieve her staff, and he almost destroys the Earth while retrieving the staff which can absorb Earth's energy.

Accessories include one Blaster Shield, one Detachable Wrist Balde, one Cybertronian Sword, one interchangeable battle mask, a total of four pairs of interchangeable hands, and a DLX Action Stand for various expressive poses.

DLX Collectible Figures present intricate Transformers designs in a smaller scale with high-fidelity production value. With its unique die-cast metal frame design, DLX not only provides an advanced range of articulation, but also greatly enhances the weight and durability. Together with the detailed and weathered paint application of threezero, a remarkable resemblance is achieved in matching the characters as seen in the original media.