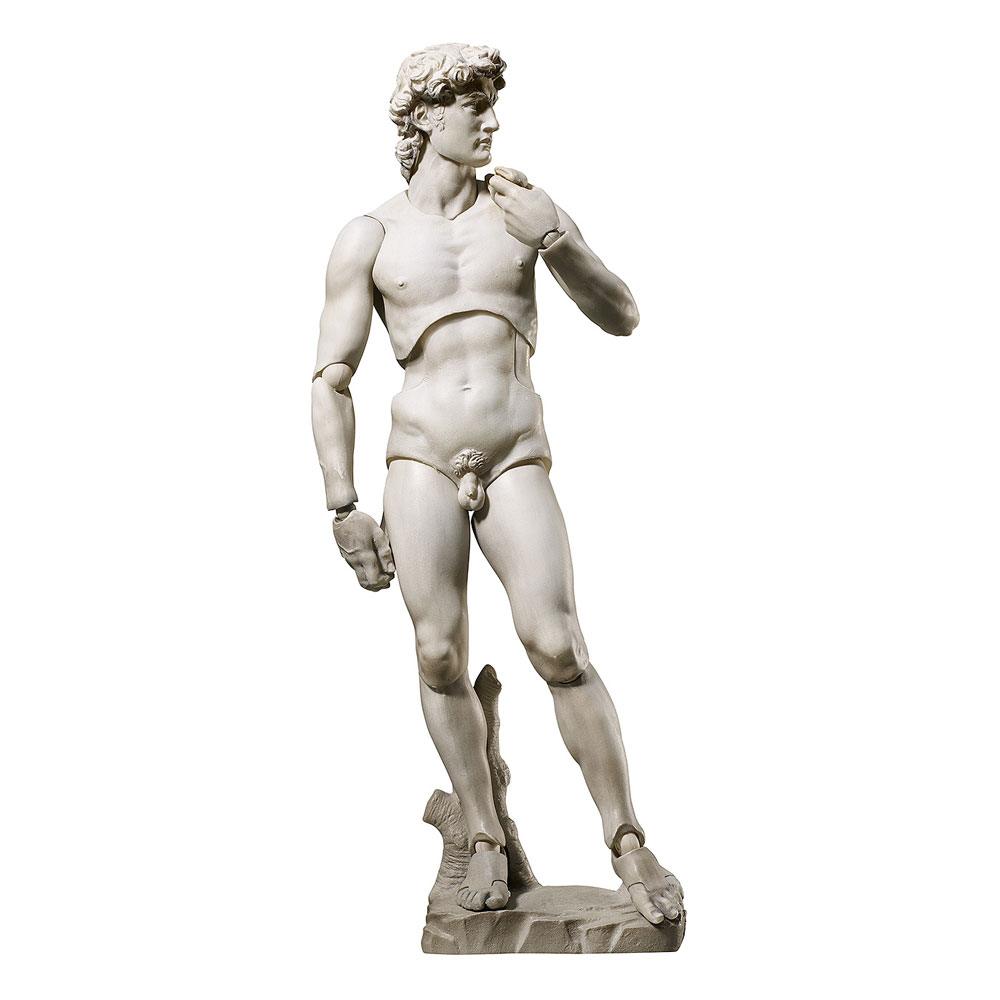 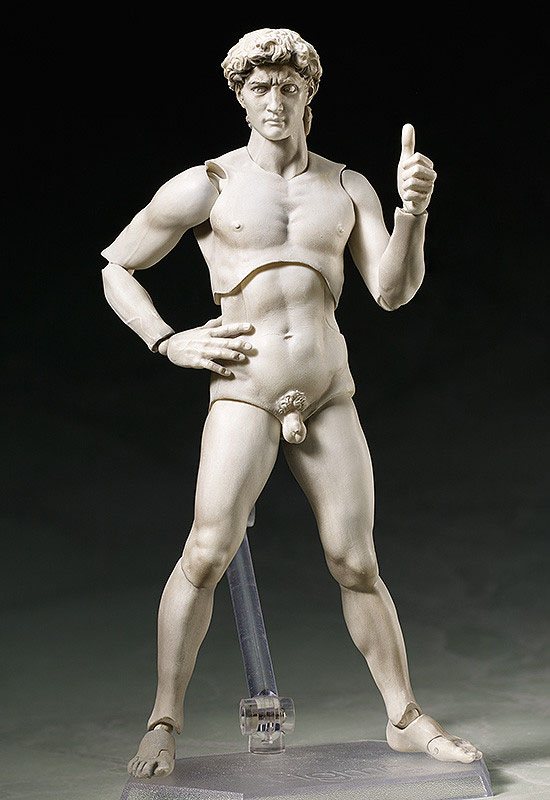 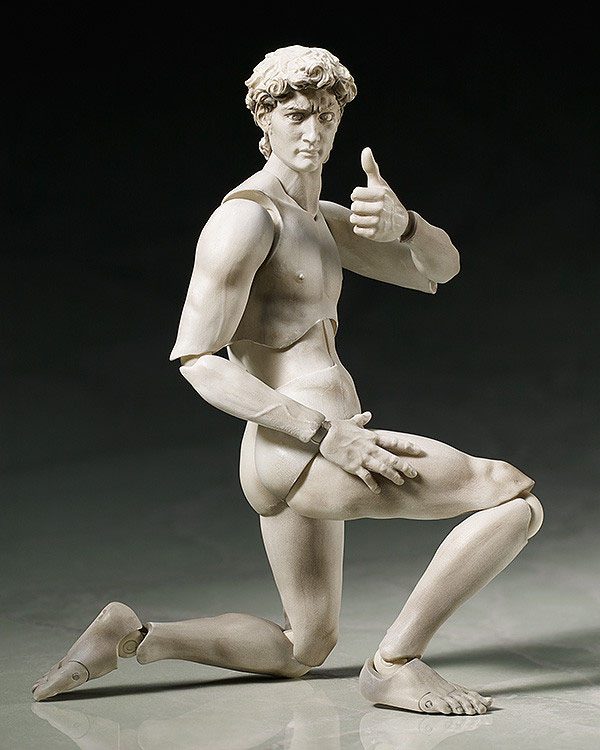 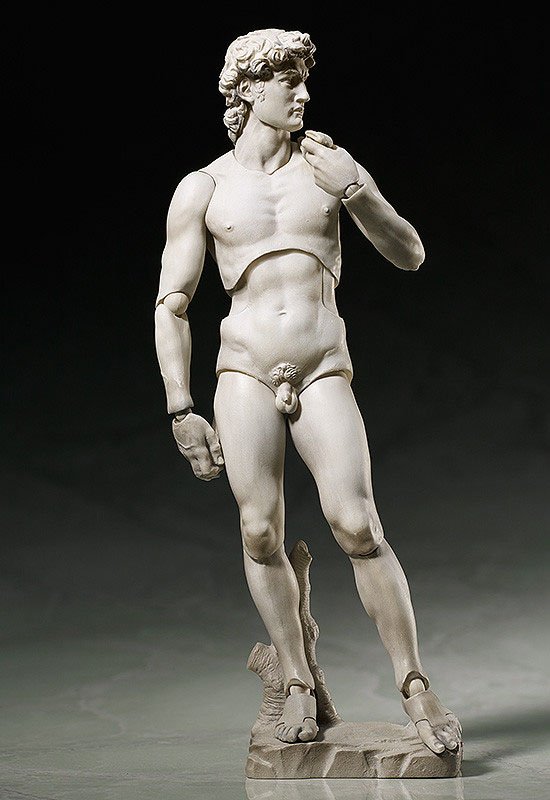 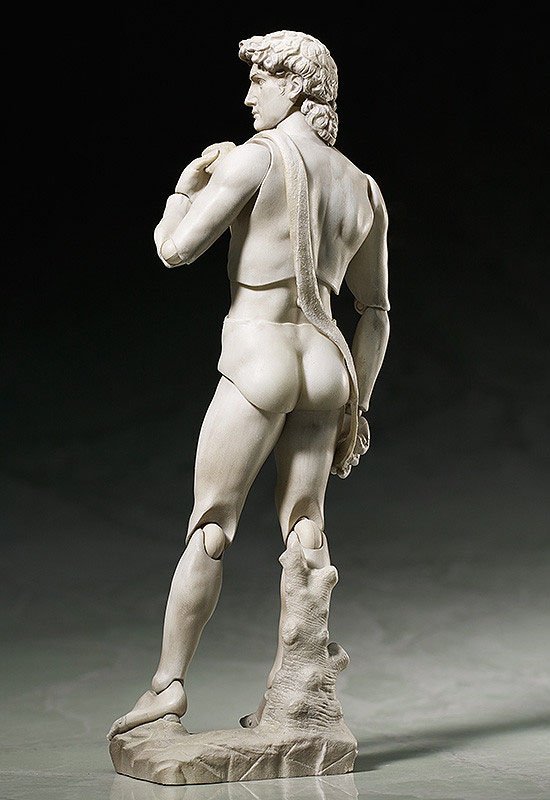 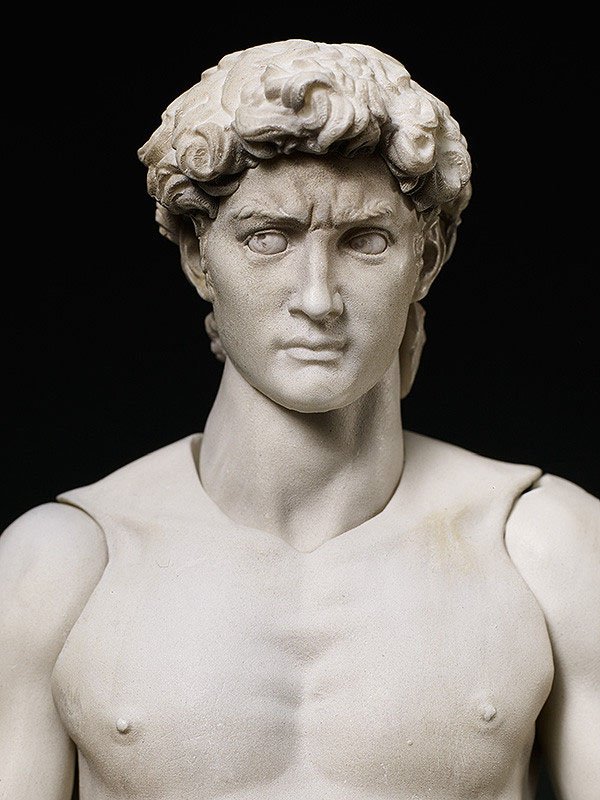 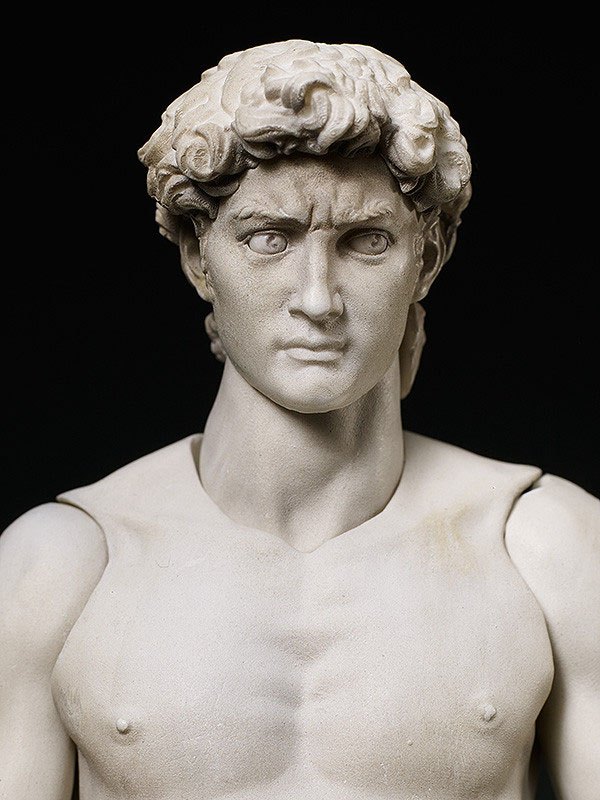 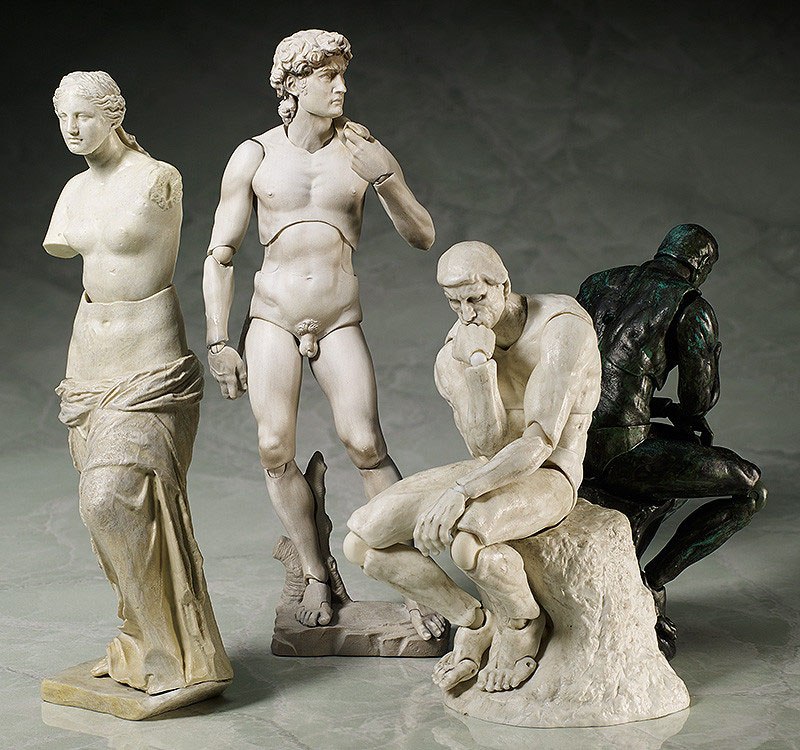 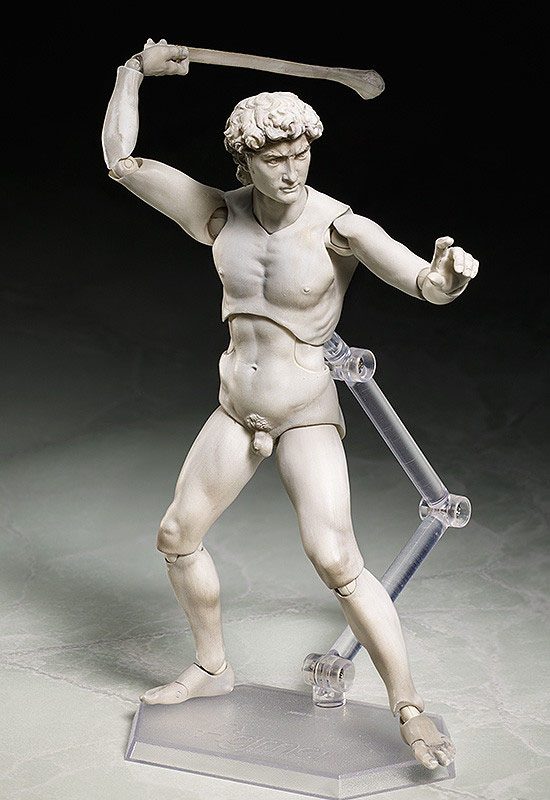 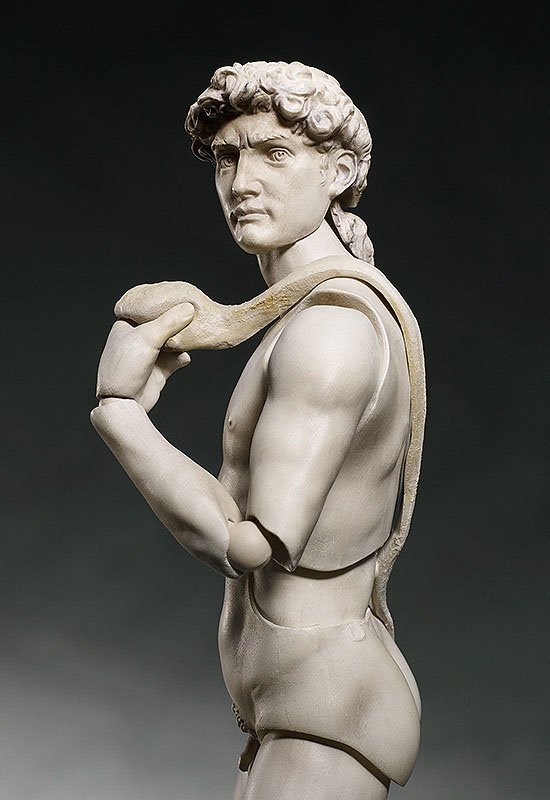 figma Davide di Michelangelo is so good looking that he is being rereleased!

The Table Museum is a series of figma figures based on famous works of art that almost anyone would recognize! The fourth artwork to join the series is the masterpiece sculpture of David by Michelangelo, now known around the world as one of the best examples of Renaissance art. The beautiful yet powerful appearance of his sculpt still captures the hearts of people to this day.

· Using the smooth yet posable joints of figma, you can act out the classic David pose and various other action poses.
· A flexible plastic is used for important areas, allowing proportions to be kept without compromising posability.
· The proportions of his head have been carefully preserved, and his eyes can be moved to change the direction he is looking.
· A special base and arm parts are included for the classic pose, but various other hand parts are also included.
· A sling part as well as hands to use it are also included, allowing you to pose him ready to take a shot
· An articulated figma stand is included, which allows various poses to be taken.
<!-- <div class="row margin-bottom-40">