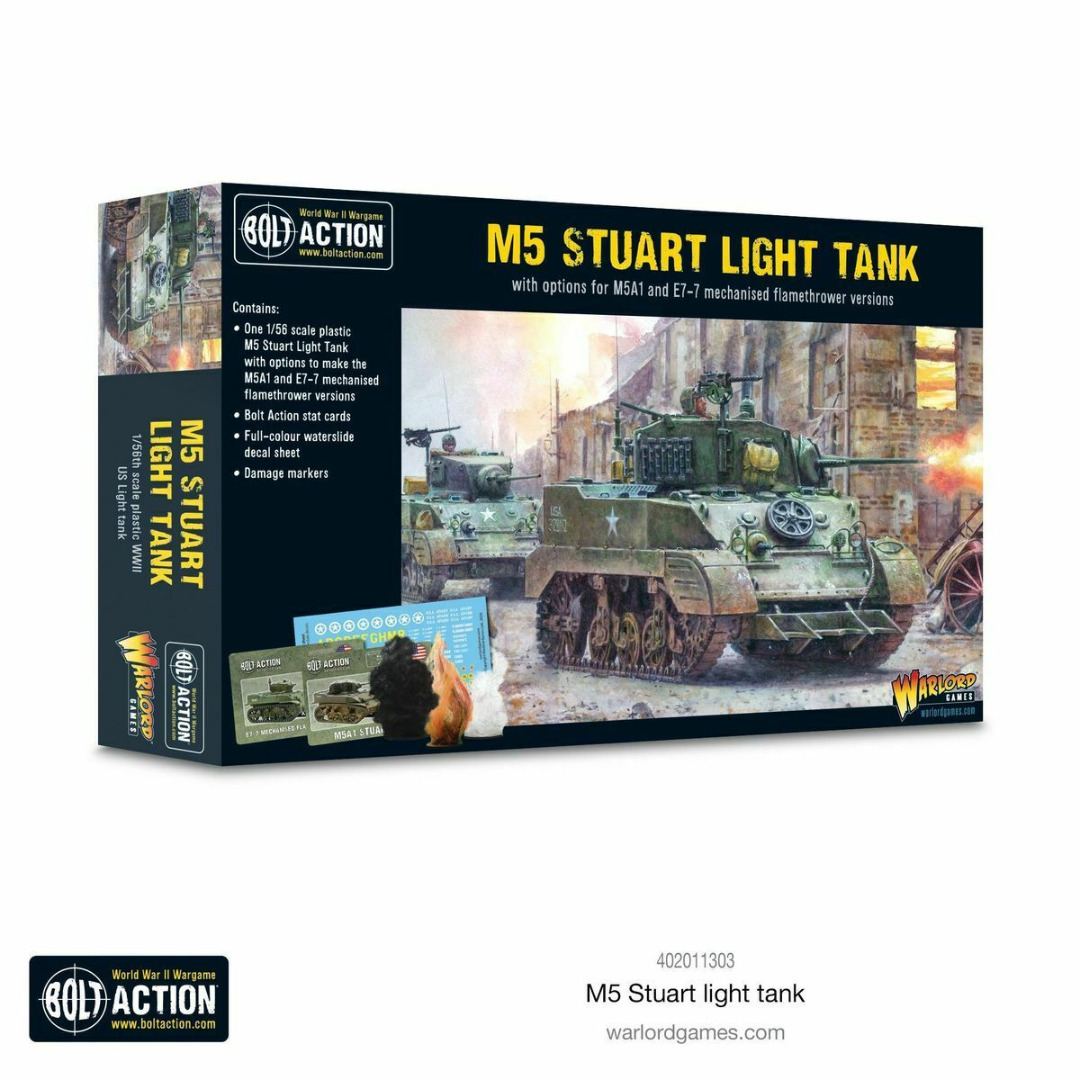 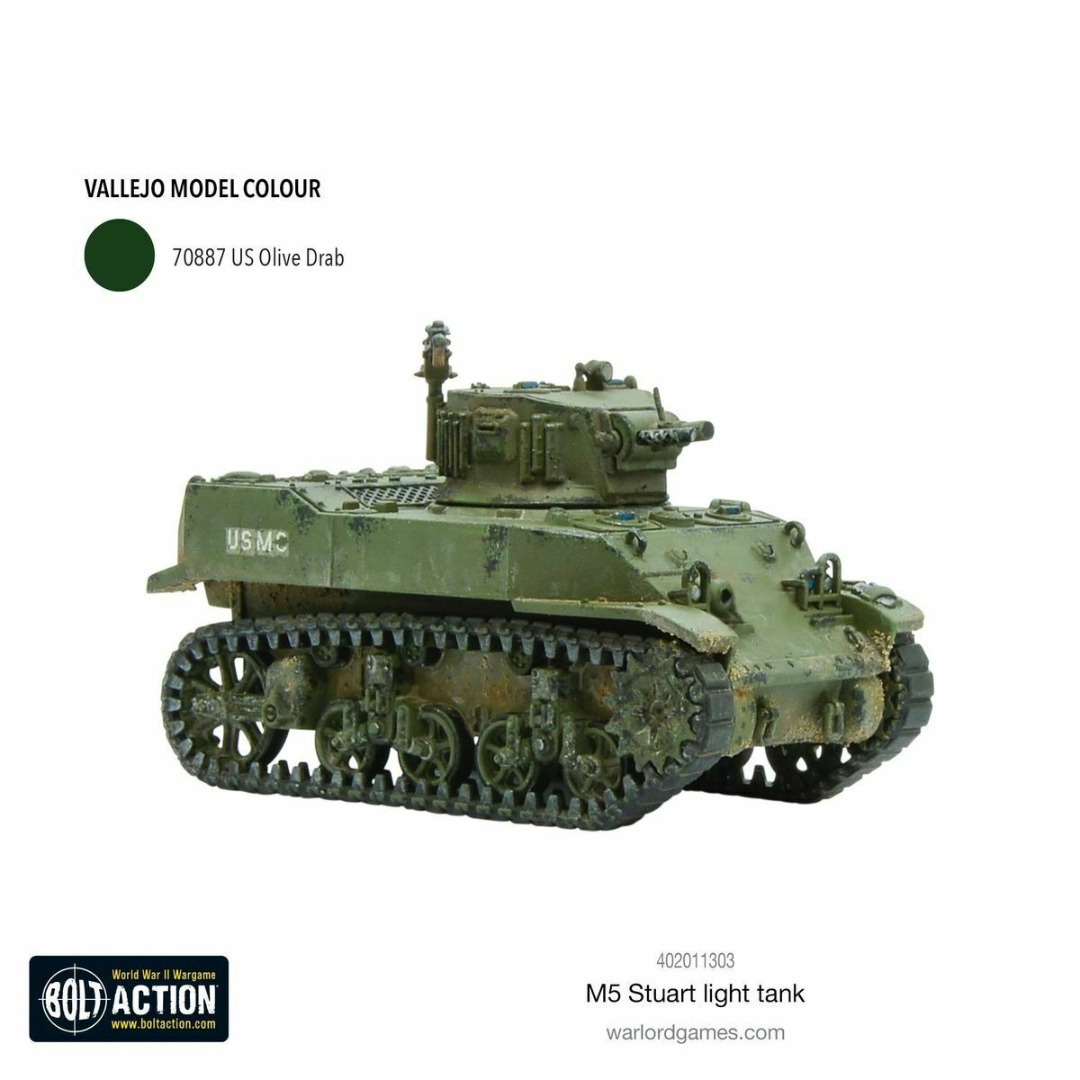 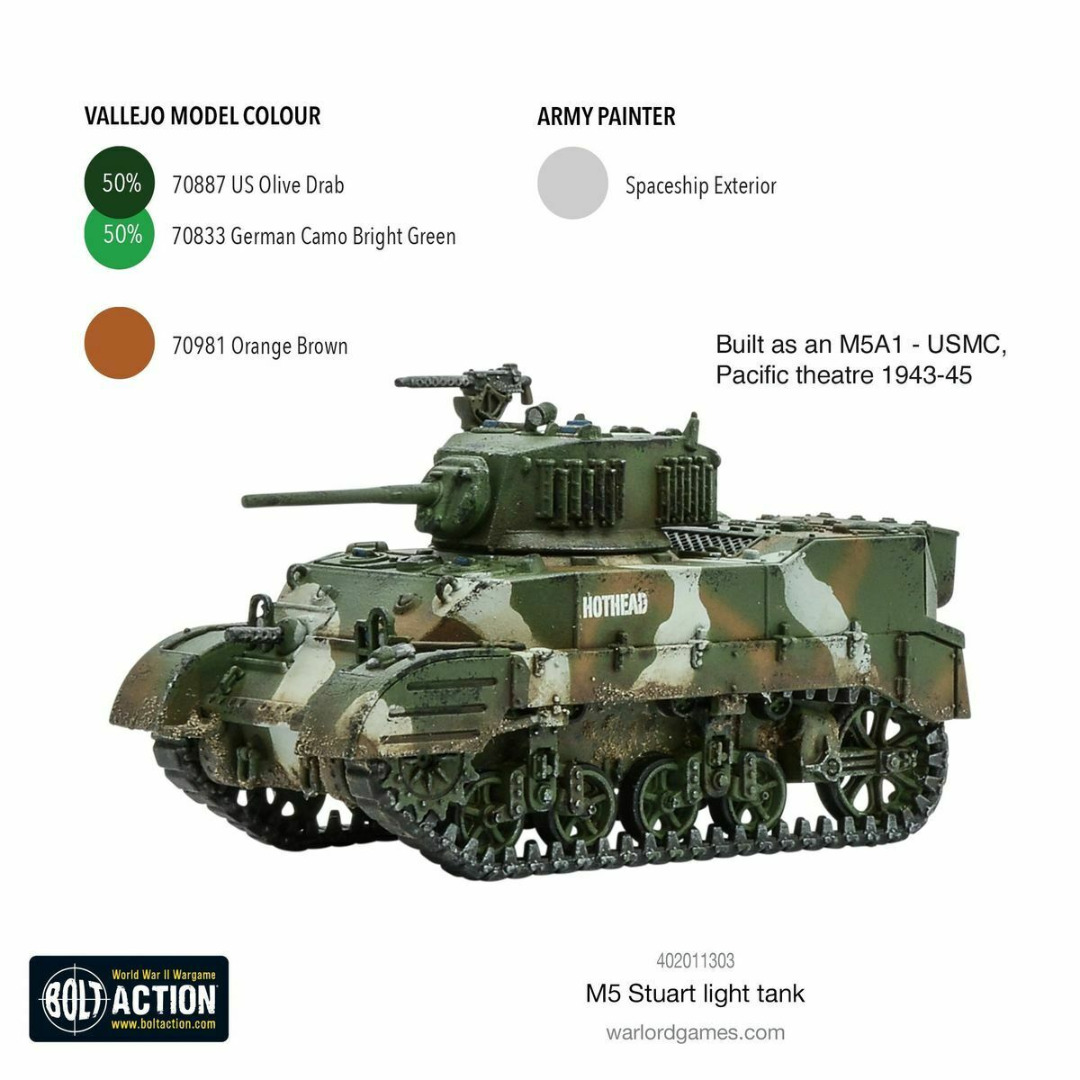 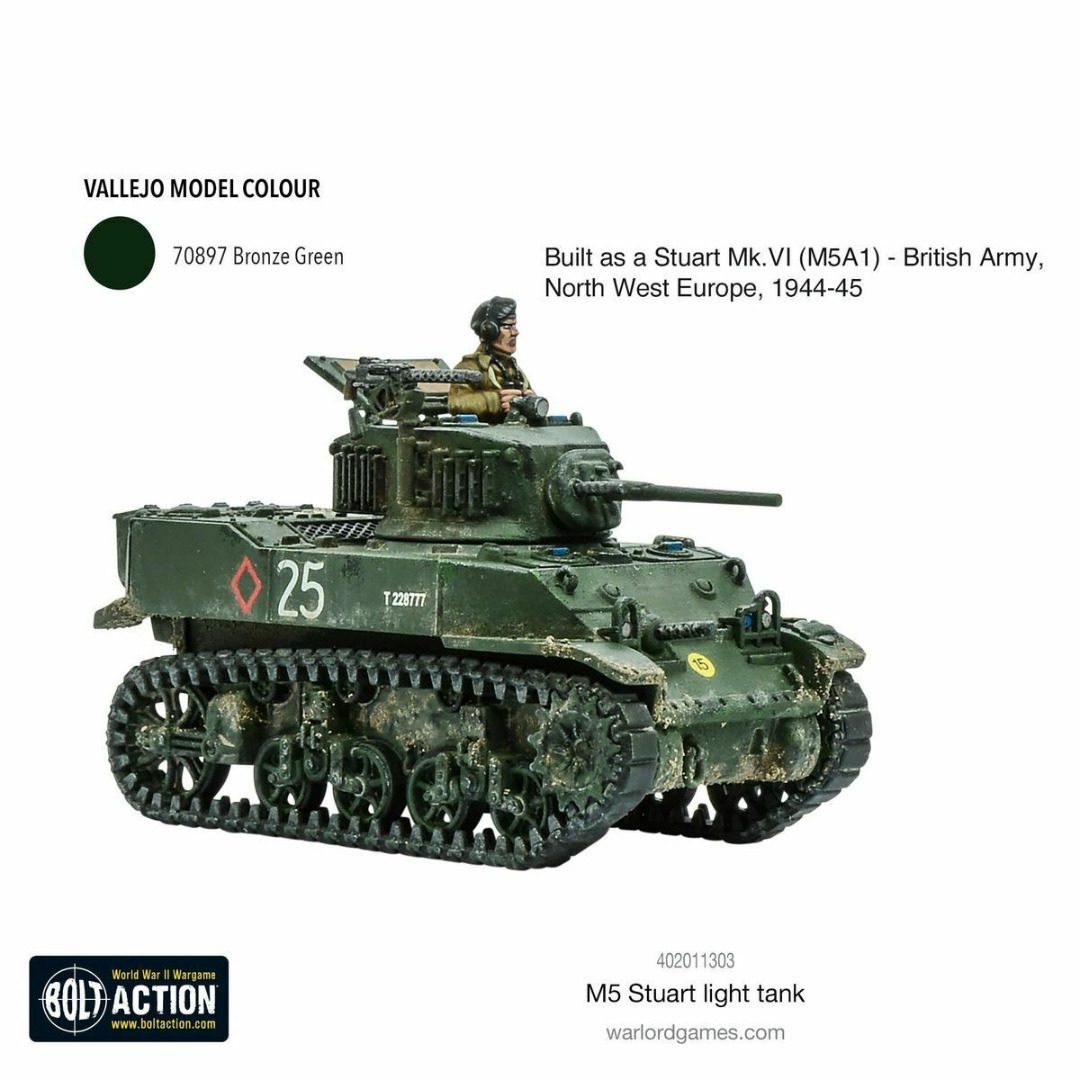 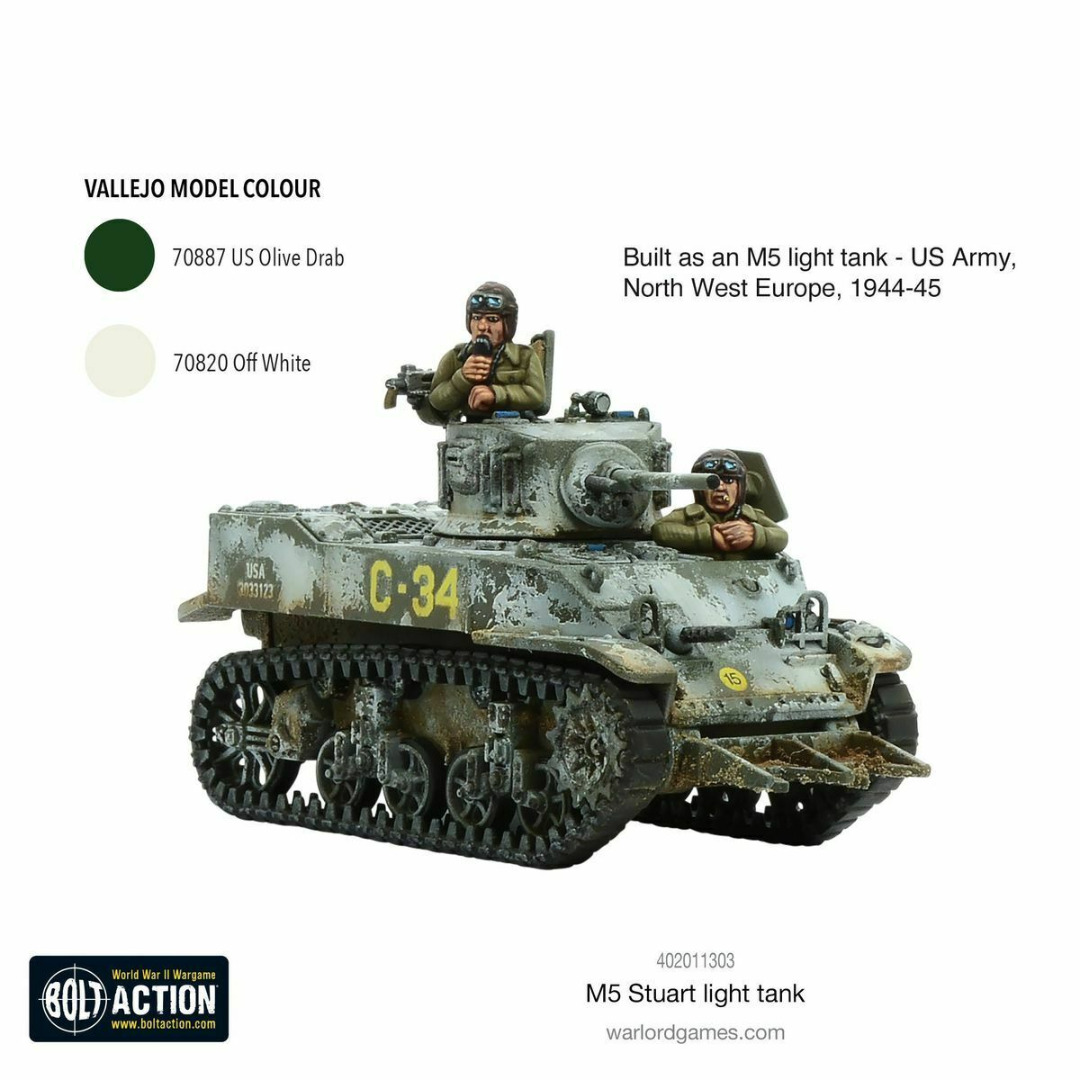 This new versatile plastic kit can be assembled as either an M5 Stuart, M5A1 Stuart or an E7-7 Mechanised Flamethrower, and to boot is suitable for many a Bolt Action army, including US, British, Soviet and Chinese.

The Americans favoured light tanks over armoured cars for reconnaissance, and the M5 light tanks were developed for this role. The chief difference between this and the earlier vehicle was its Cadillac engine. This necessitated some redesign of the armour to fit, and the opportunity was taken to improve the armour layout and distribution. In the M5A1 version the lower hull casting was now up to 64mm thick in places. Other improvements include wider access hatches, more interior space for the crew and ammunition stowage for 147 37mm rounds. Production was limited since the introduction of the M24 light tank was imminent.

Although it counts as a light tank (Damage Value 8+) in Bolt Action, it benefits from the Reinforced Armour special rule; when taking shots that strike the front of the vehicle it treats its armour value as 9+ instead.