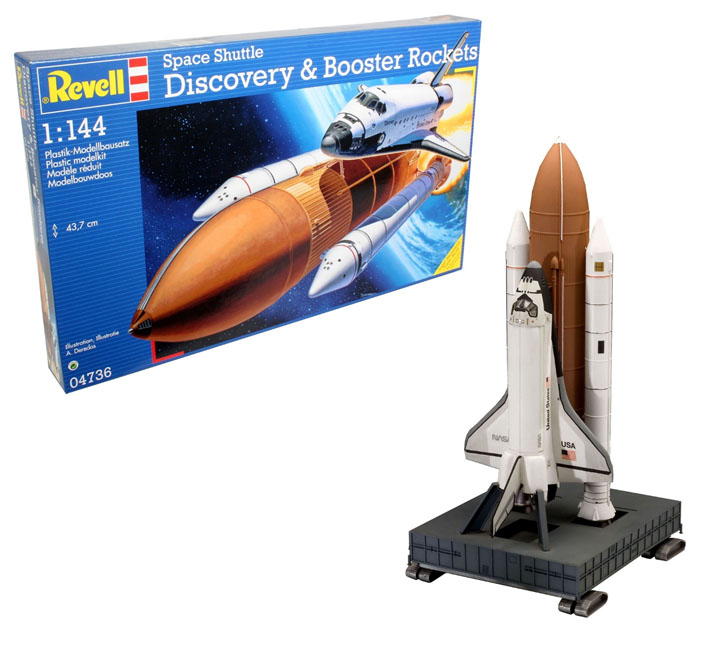 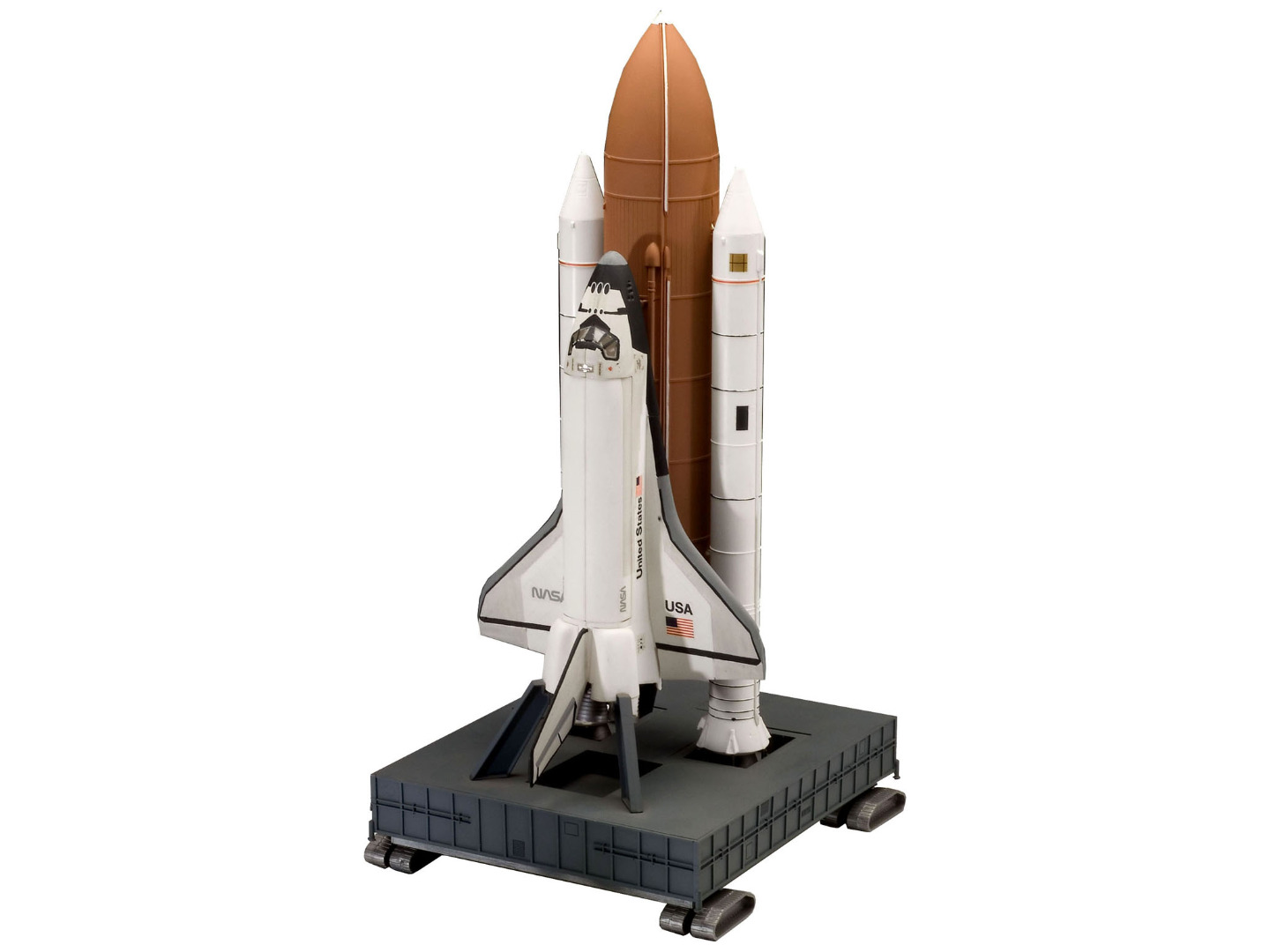 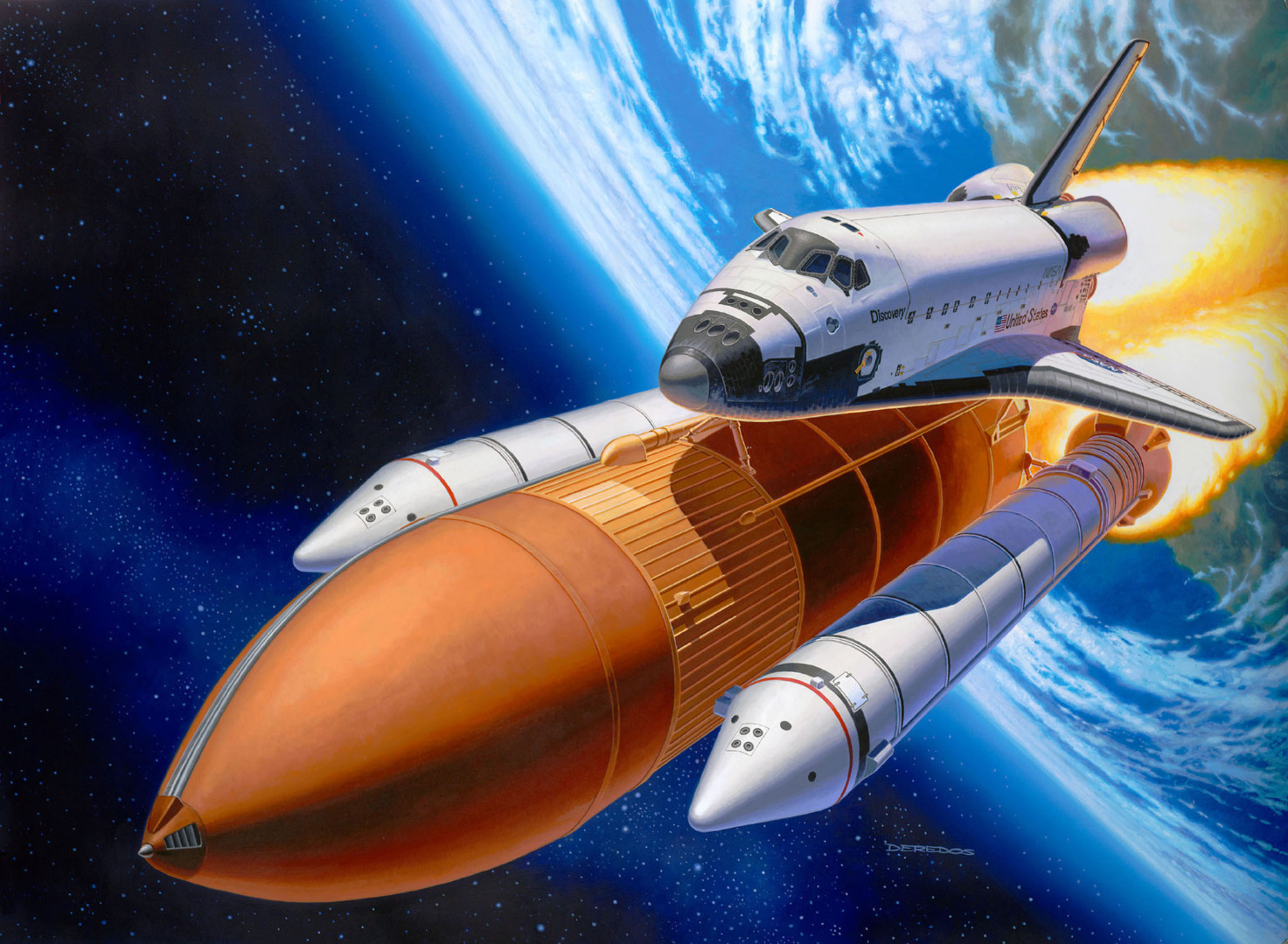 The development of a transport system with reusable main components for NASA began in 1972 at North American Rockwell and a series of other firms. The overall weight of the space shuttle ready for launch is 2,055 tonnes. It can carry a payload of 30 tonnes into an orbit up to 965 km above the earth. The orbiter prototype, the Enterprise was completed in 1976. The Enterprise served for testing flying and landing characteristics in the atmosphere and for the development of the space shuttles. The first space shuttle to be launched into space on 12th April 1981 was the Columbia . From 1983 onwards, with the completion of more orbiters, NASA considerably intensified their scientific experiments and strategic military activities in collaboration with the US Air Force. Communication and research satellites were transported into space, on-the-spot repairs were carried out and the American space station was built up and provisioned. The Challenger was launched into space for the first time on 4th April 1983. The Discovery lifted off for the first time on 30th August 1984. Since 3rd October 1985 the fourth space shuttle, the Atlantis , has been used for 26 missions. The Endeavour was launched for the first time on 7th May 1992. This shuttle was equipped with numerous new pieces of equipment and computers, which increased its capabilities. The orbiters can remain in space for up to 28 days. The enormous structural and thermal loads that they undergo on take off and landing require constant inspection and maintenance of all the components and improvements to the equipment. The heat shield on the front and underside of the space shuttle is particularly important and needs to be regularly checked and repaired. Due to two tragic accidents in which the whole crew lost their lives, the Challenger was lost in 1986 and the Columbia in 2003. Flights resumed after a two-year interruption and extensive modifications to the orbiters and the main tank. When it landed at Edwards Air Force Base, California, on 9th August 2005, the 31st flight of the Discovery brought the 114th NASA space shuttle mission to a successful conclusion. When shuttle flights are resumed in the next few years the construction of the international space station ISS will continue. The European space lab Columbus will also take part.