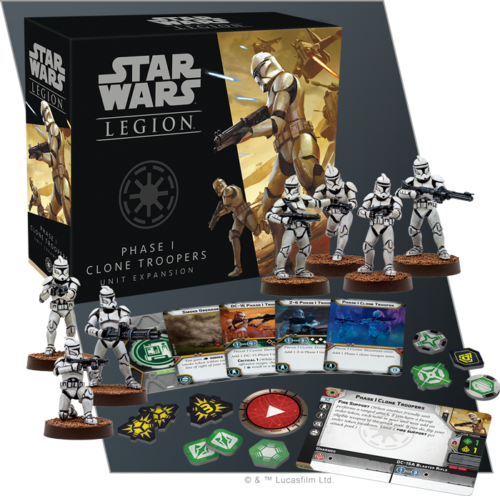 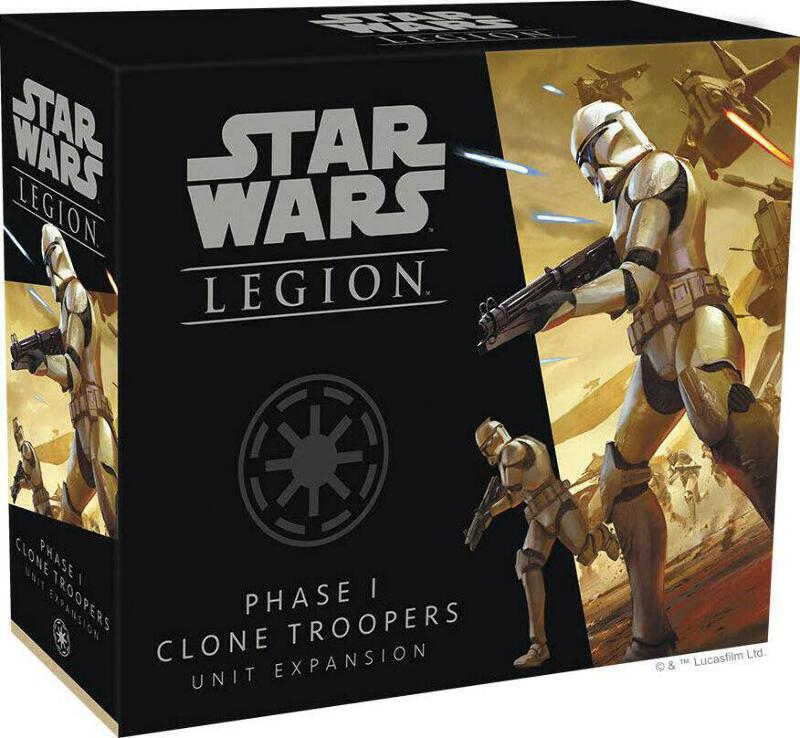 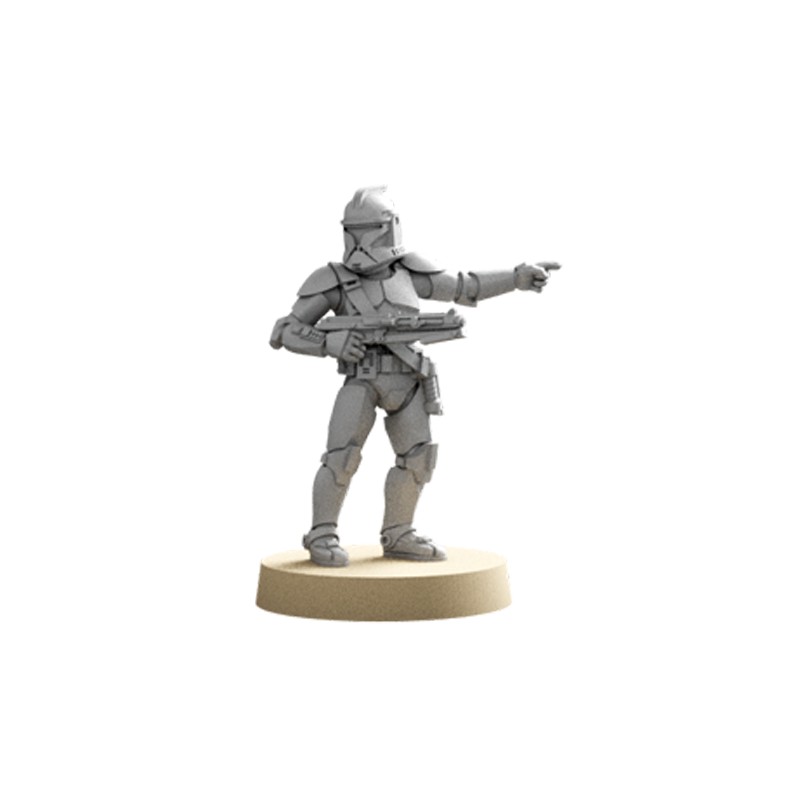 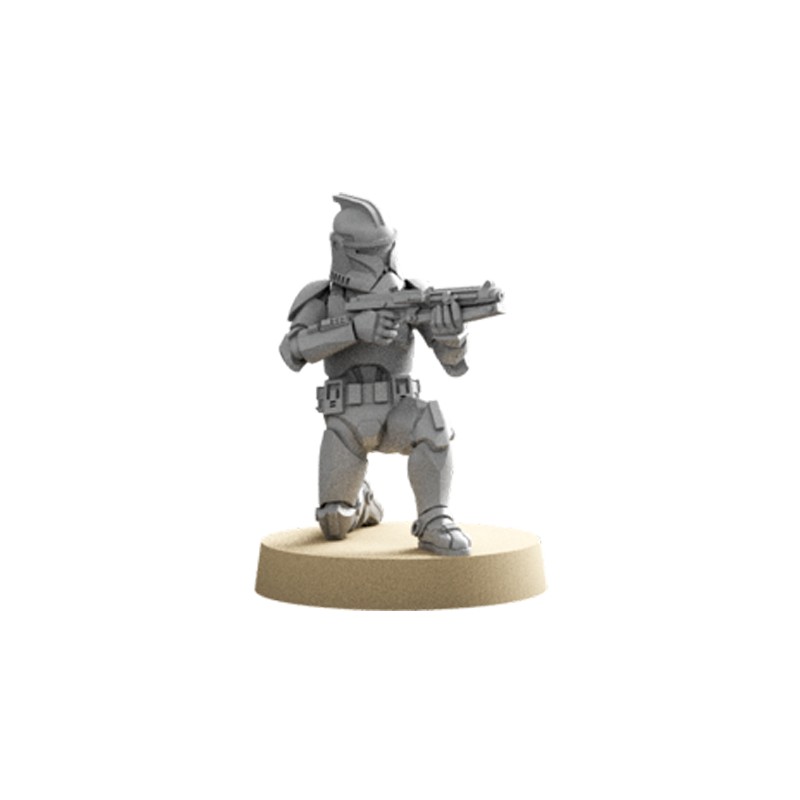 The first troops to take the field in the Clone Wars, Phase I Clone Troopers represent a new era of galactic warfare. Genetically crafted for battle and outfitted with state-of-the-art equipment, Clone Troopers charge into battle on countless worlds to do the job they were made for: defeat the Separatist Alliance and restore order to the galaxy.

Protect democracy across the galaxy with the seven unique, highly detailed miniatures featured in this expansion pack! Five troopers with DC-15A Blaster Rifles appear in different poses while a Phase I Clone Trooper carrying a Z-6 Rotary Blaster Cannon and a DC-15 Phase I Trooper bring heavy weapons to the front lines.