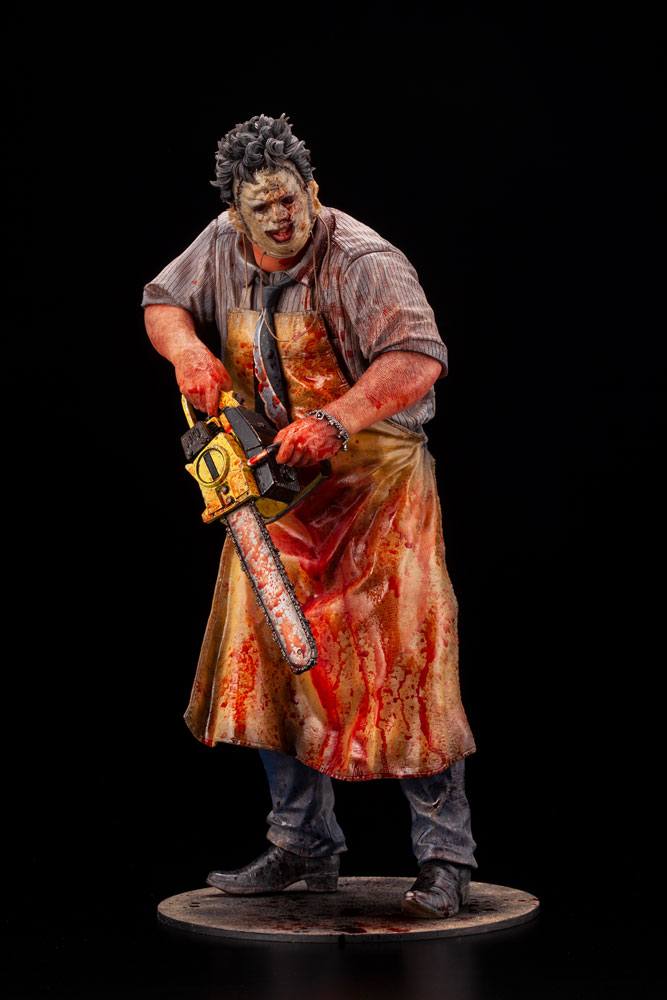 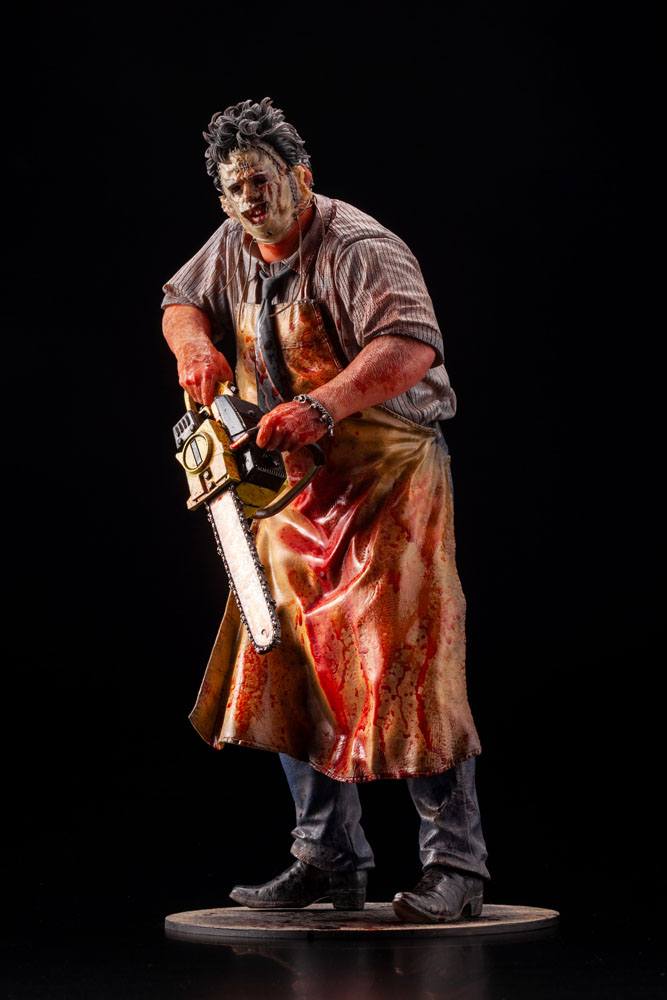 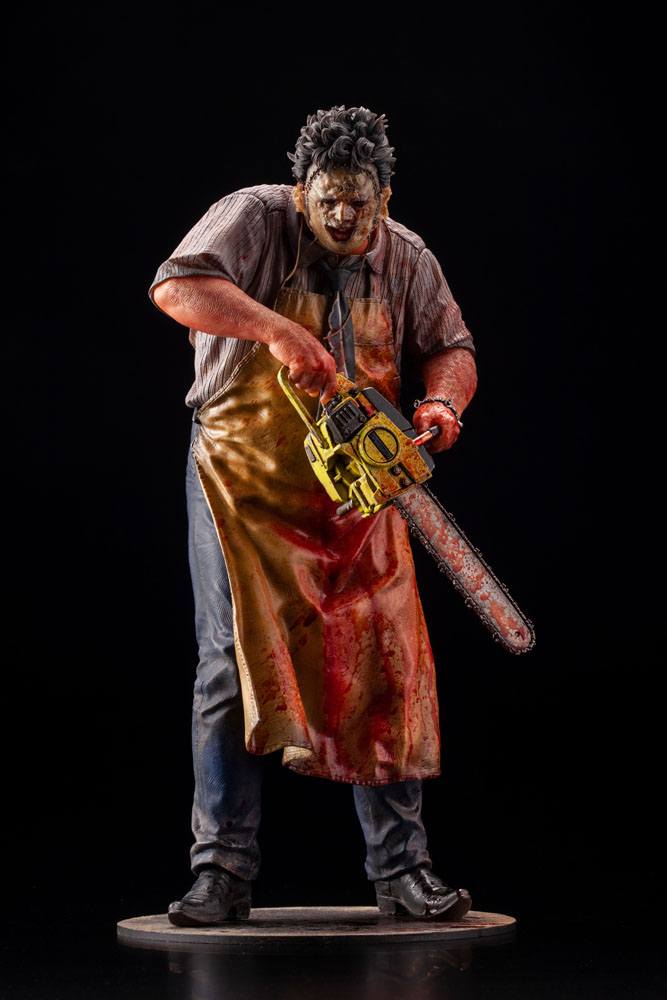 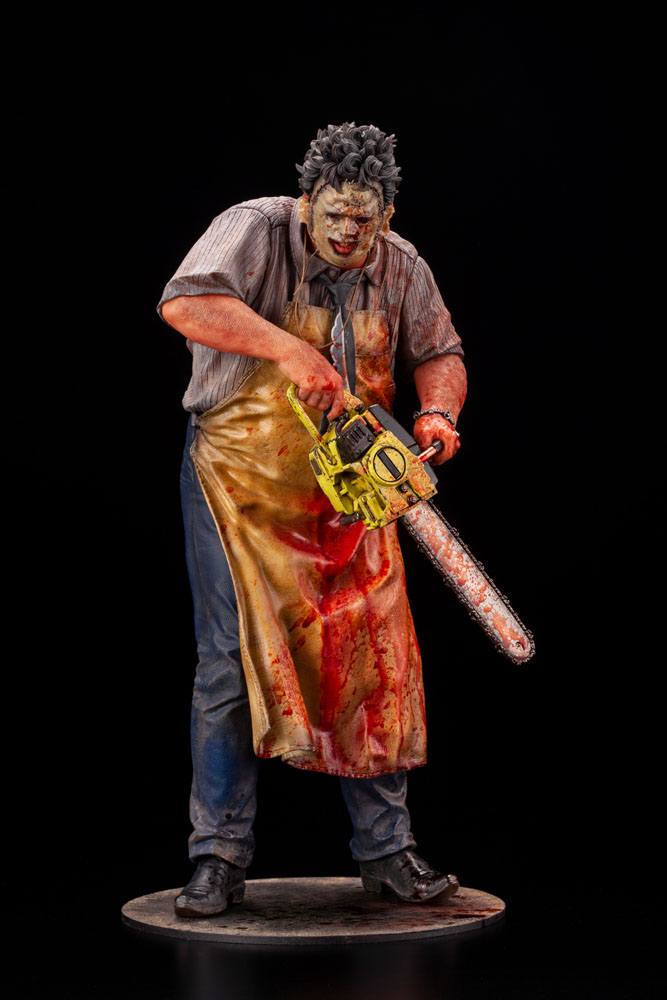 Leatherface from The Texas Chainsaw Massacre (1974) will now be joining the ARTFX statue lineup. We at Kotobukiya have thoroughly researched footage and materials in the film to create this definitive version of Leatherface.

The head and left elbow are movable, and the way the chainsaw is held in the hands can be changed to express the duality of his personality.

You can recreate Leatherface in his eerie, expressionless mask, or even display him as an obedient man who sometimes even looks frightened. By turning the chainsaw in his left hand upside down, you can even recreate the pose in the infamous movie poster.

The mask, which has eyelashes implanted as shown in the movie, is made of soft resin and is ultra-thin and transparent to match the scale of the actual prop. The front and back of the mask are connected using real hand-tied string just like in the film.

The texture of the fresh blood stains on the apron, the dust that reminds fans of the dry Texas air, and the shirts with sebum stains are all perfectly brought to life.

This base comes with a 150mm diameter steel base designed to look like the on-screen text and still photo from the beginning of the movie. The statue can be placed freely on the base with magnets that are inside of the feet.

Be sure to welcome this definitive version of Leatherface into your very own collection!