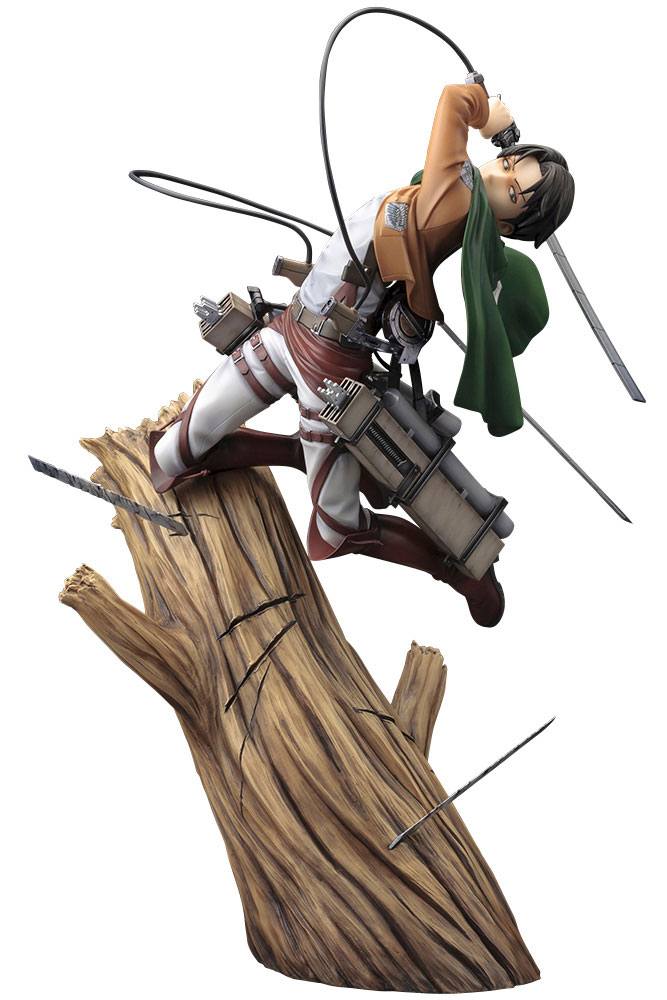 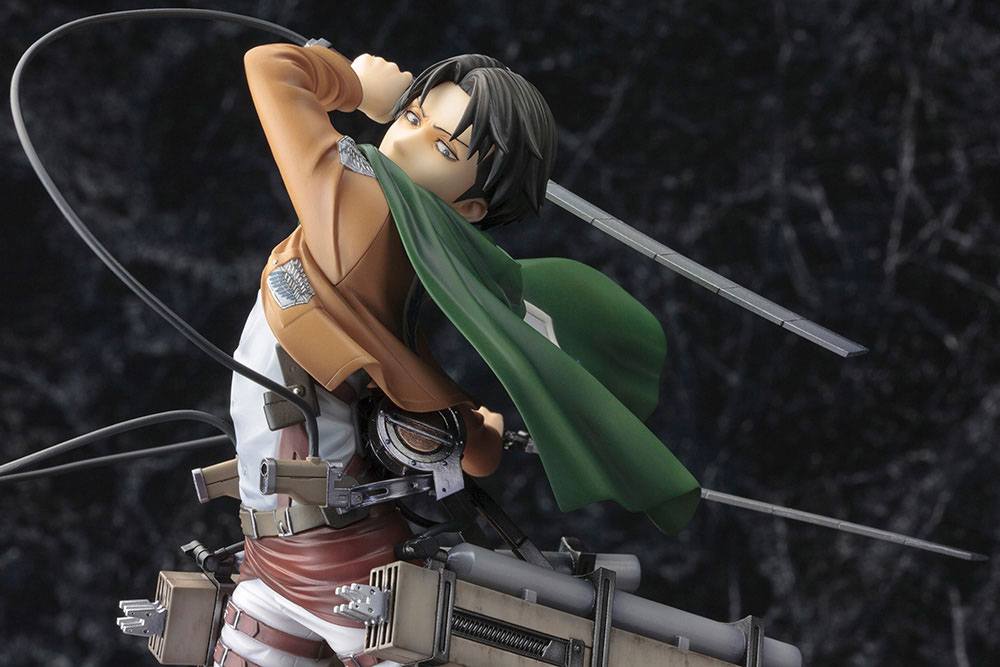 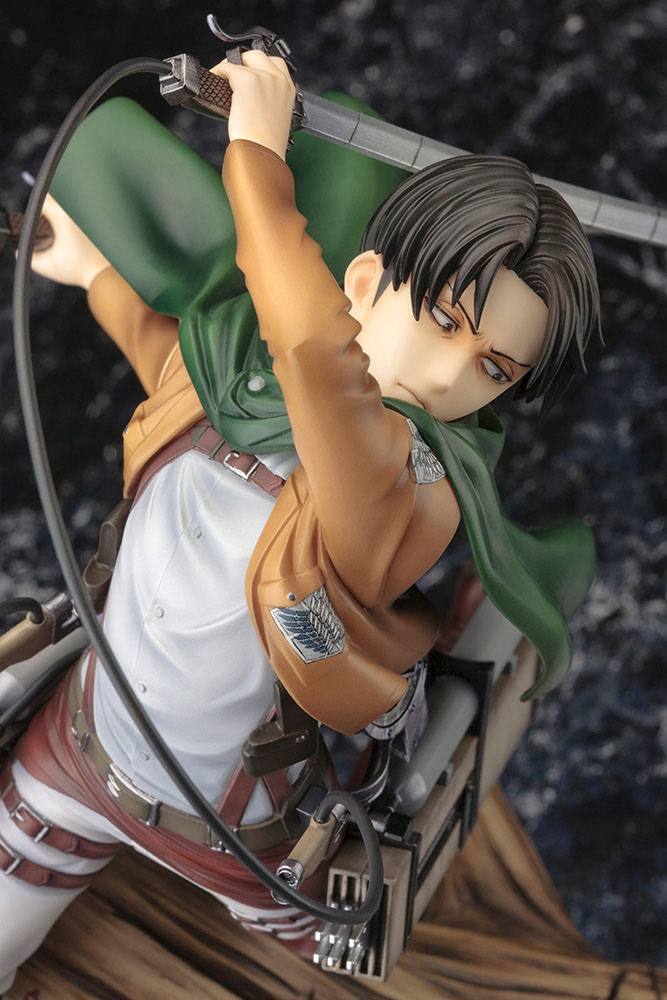 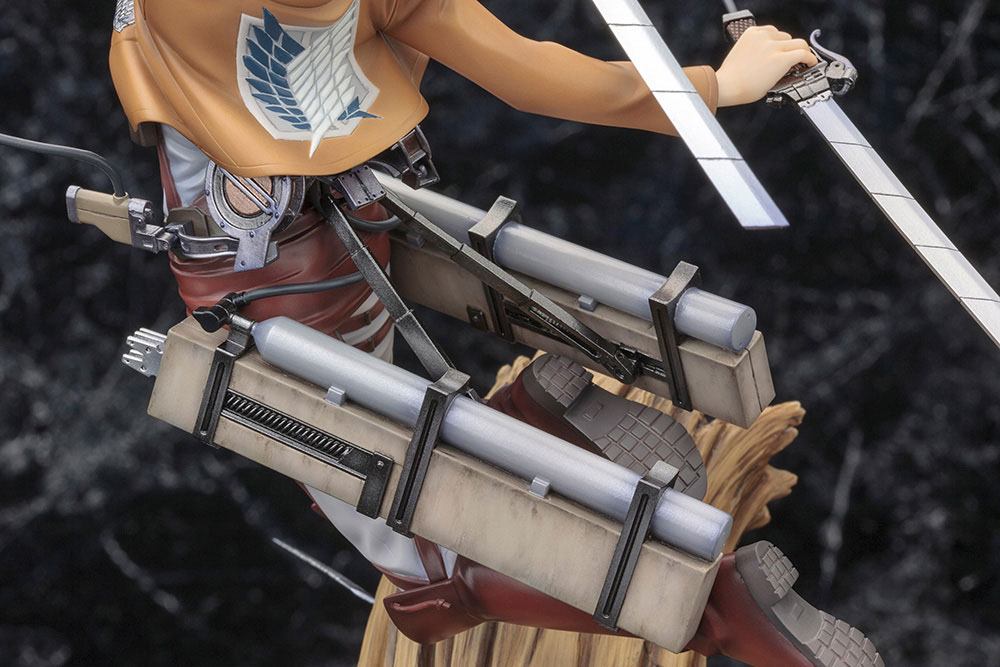 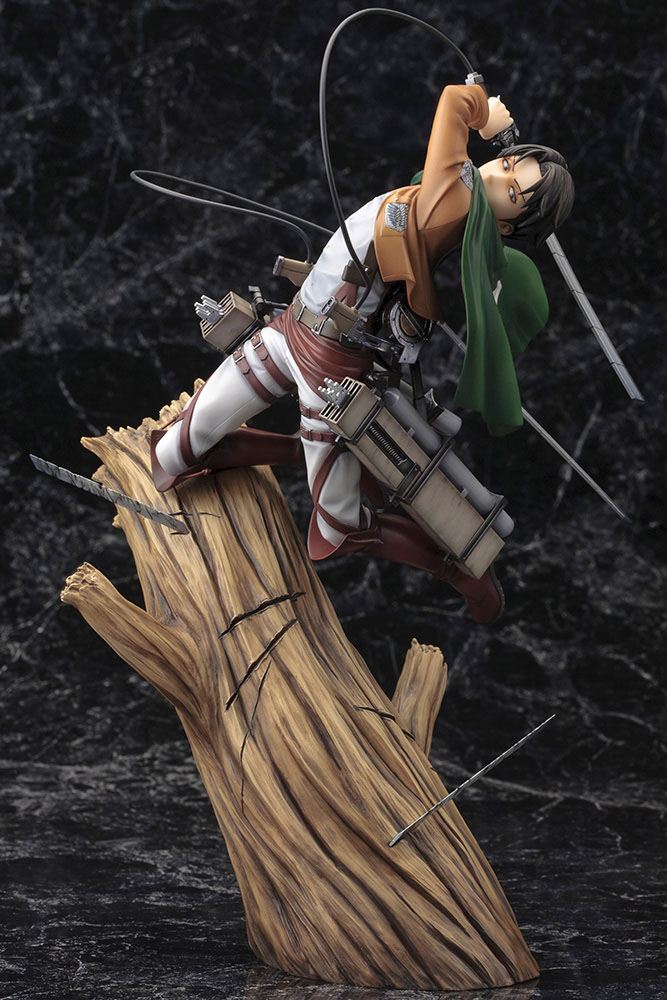 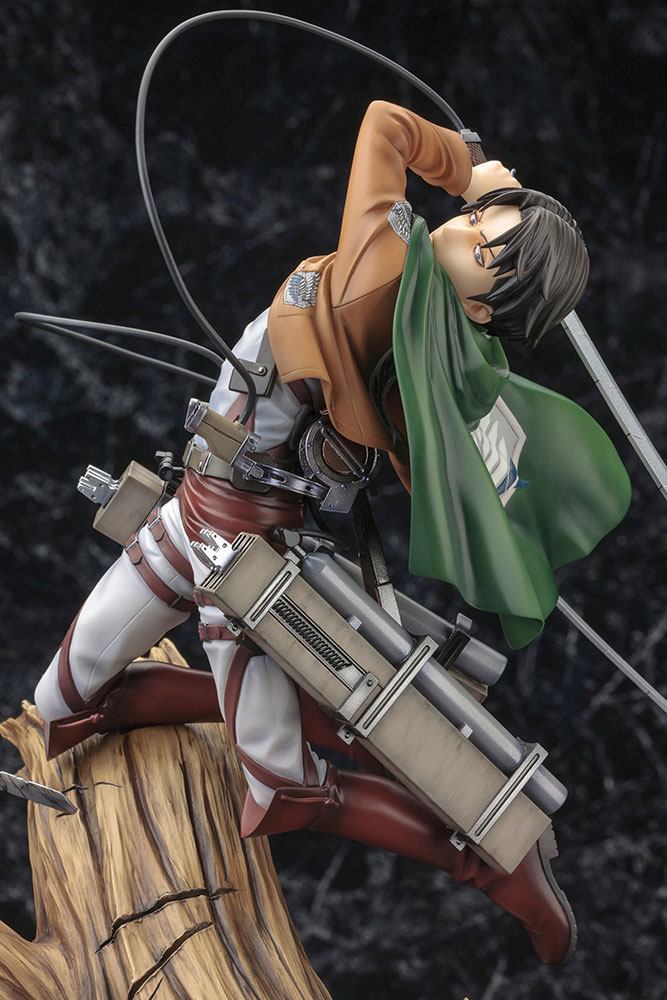 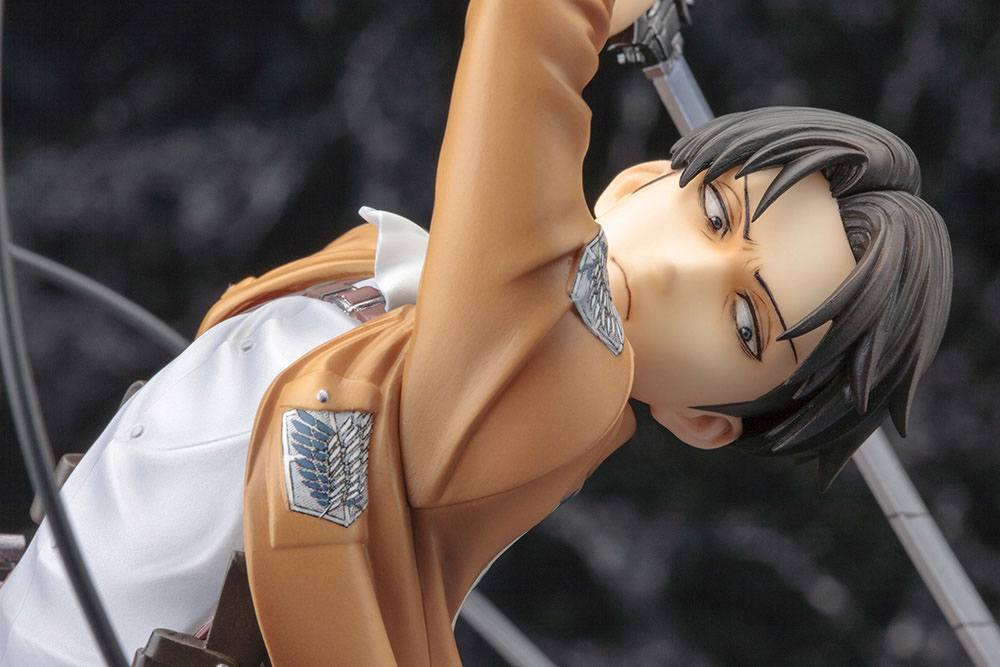 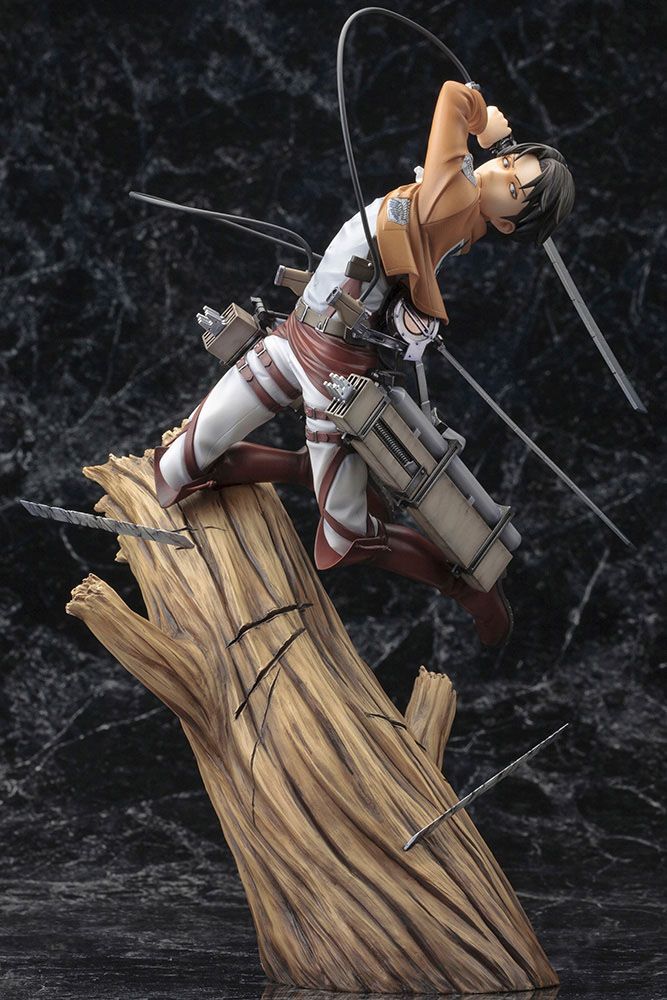 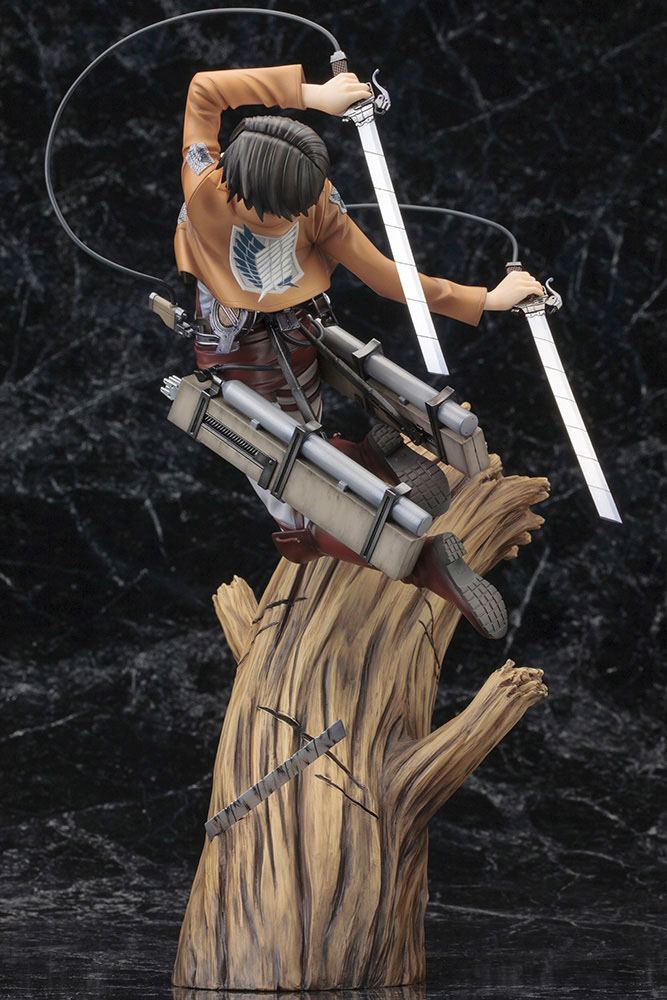 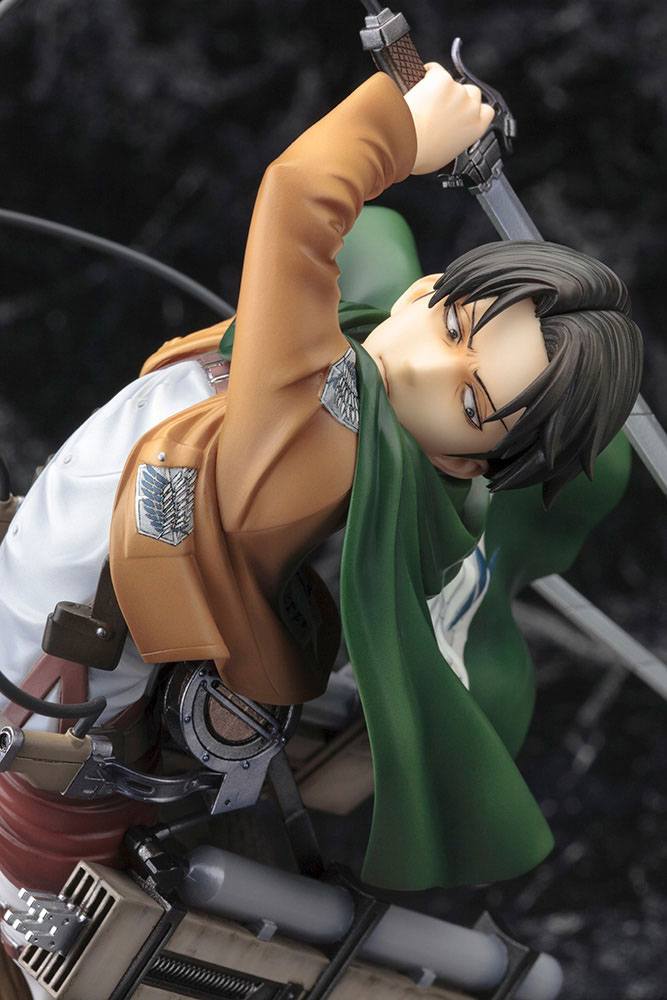 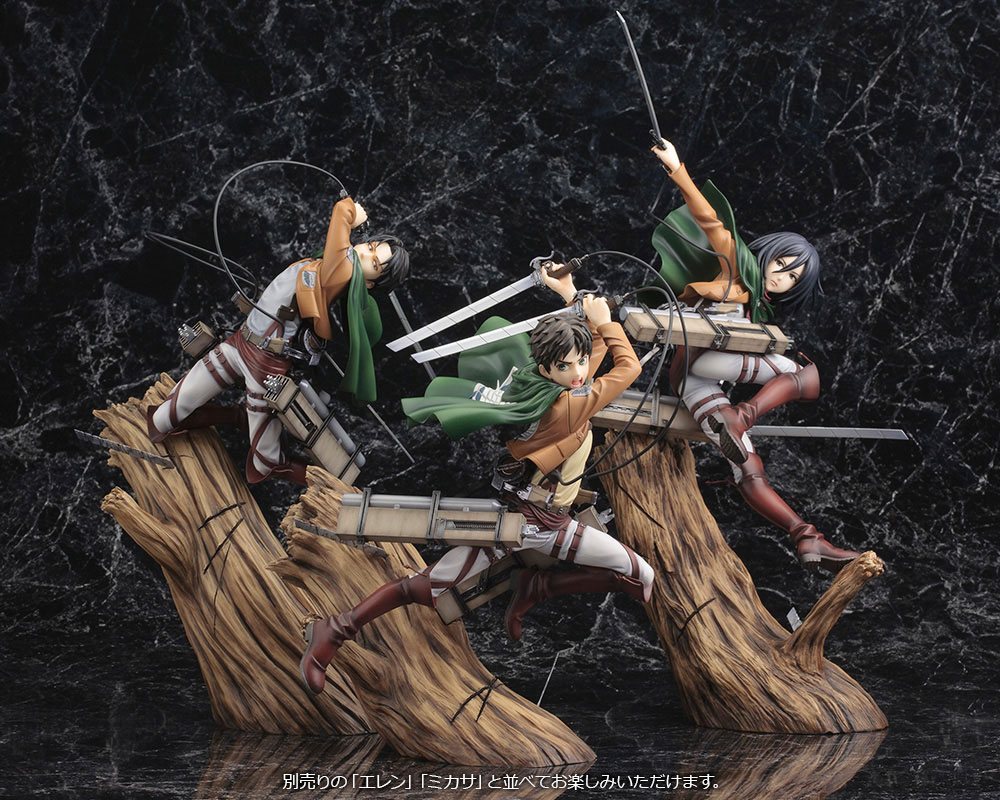 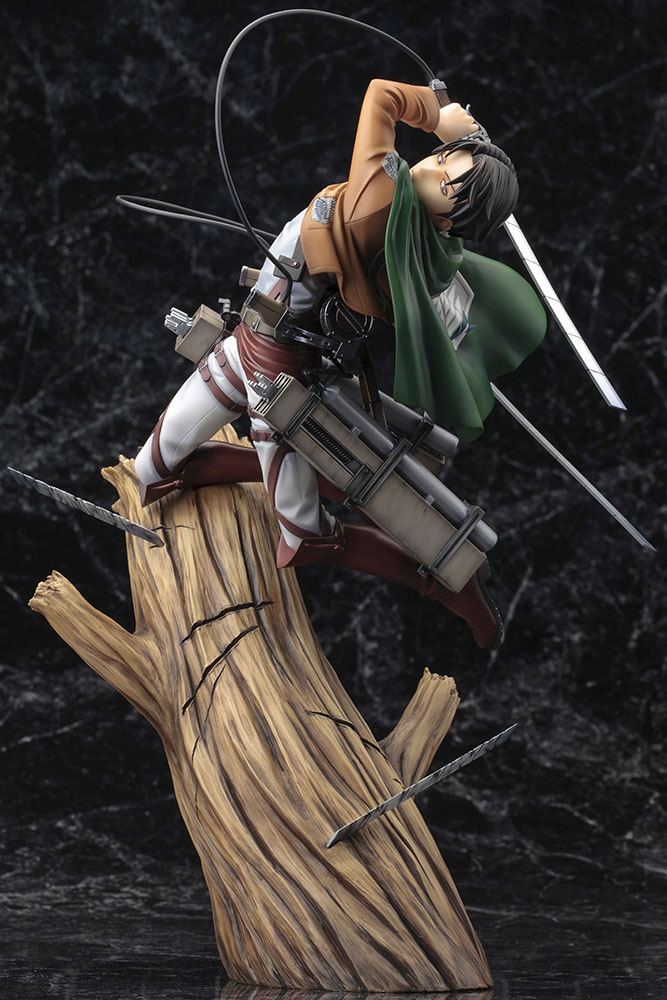 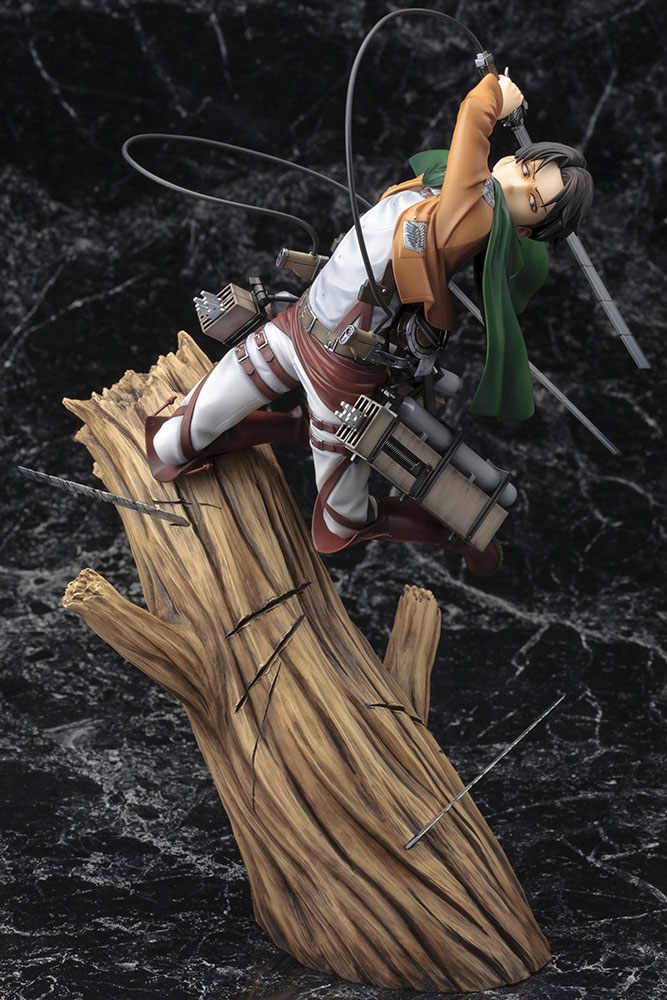 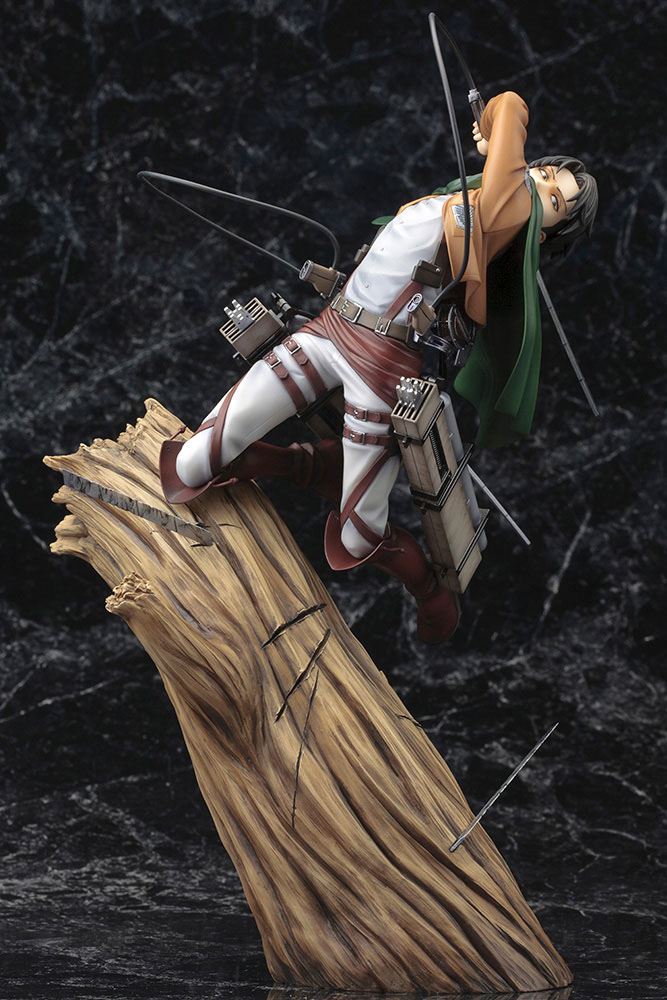 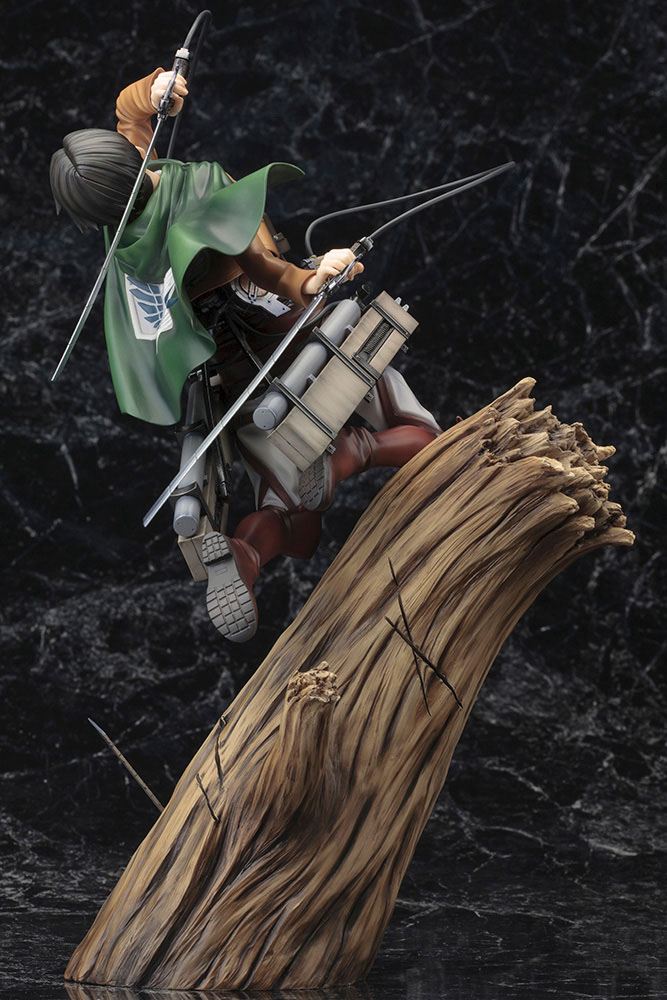 The newest addition to the ARTFX J lineup (a bold new expansion designed "to bring classic Japanese characters to their fans worldwide") is another hero from one of the most popular anime and manga properties in the world, Attack on Titan! Created in 2009 by Hajime Isayama, Attack on Titan tells the story of humanity living behind walls to protect themselves from huge humanoid creatures.

Coming to statue form next after Eren Yeager and Mikasa Ackerman is the leader of the Survey Corps and the best soldier humanity has against the Titans, Levi!

The focused and dedicated fighter takes his responsibilities and cleanliness seriously, but when it's time to engage the enemy, he's all business.

Continuing the amazing displays in the Attack on Titan ARTFX J series, Levi seems to float in mid-air with the way he's attached to the sculpted tree-style base.

His ferocious attack uses the elite Survey Corps' Three Dimensional Maneuver Gear as he goes up and over the tree, slamming down with his twin swords! The sculpted and painted details on Levi and his base are incredible, and like Mikasa who was previously released, he comes with more display options with his removable cape.

Sculpted by Shin Tanabe, Levi is just over 11 inches tall (1/8 scale) as he hurtles over the trees, and his matching display base makes him the perfect companion to the other Attack on Titan ARTFX J Statues: Eren Yeager and Mikasa Ackerman.