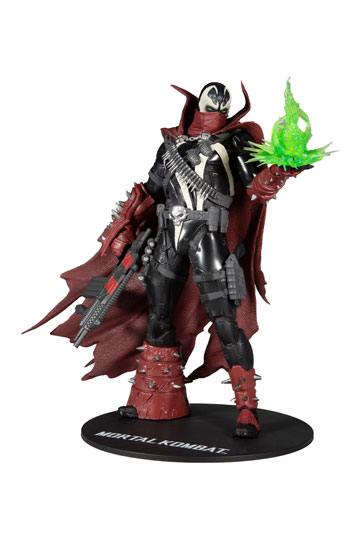 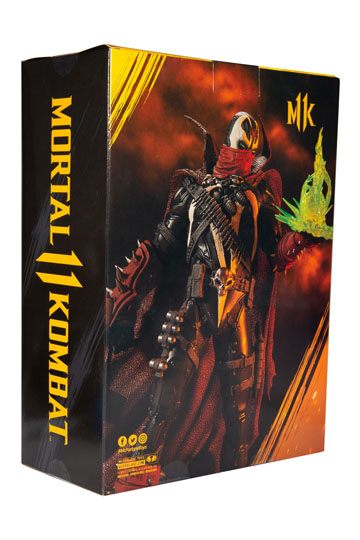 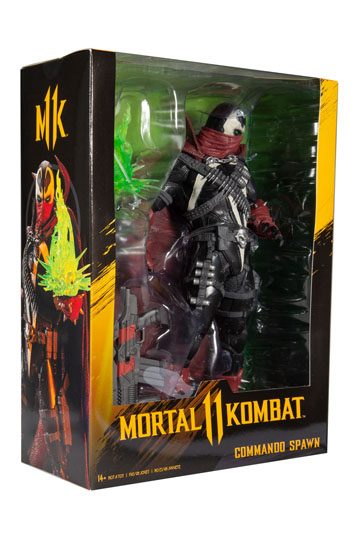 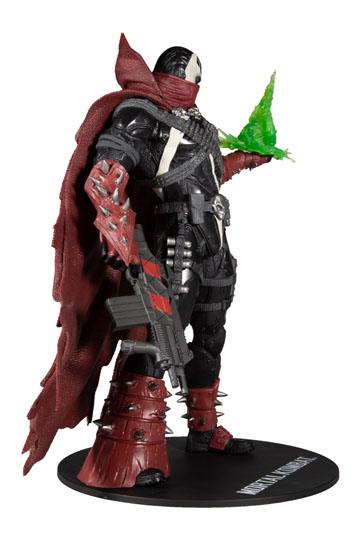 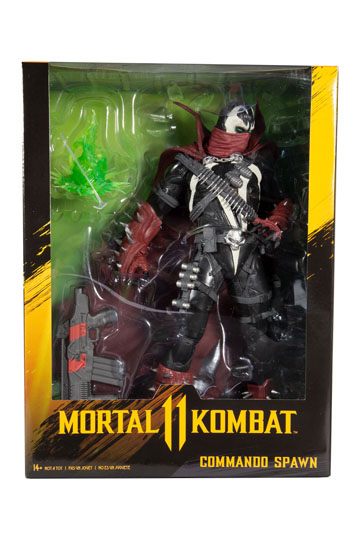 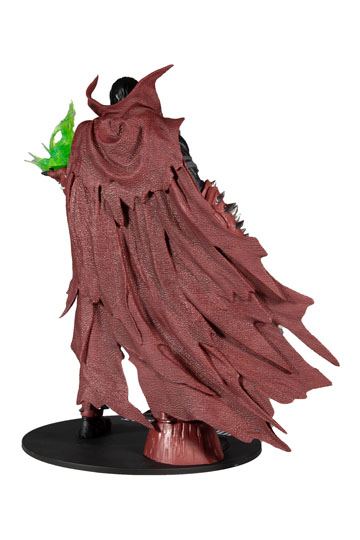 Al Simmons, once the U.S. government's greatest soldier and most effective assassin, was mercilessly executed by his own men. Resurrected from the ashes of his own grave in a flawed agreement with the powers of darkness, Simmons is reborn as a creature from the depths of Hell. A Hellspawn. Now he is thrust into the world of Mortal Kombat, where he will fight for supremacy against all Kombatants.

- Highly detailed 12" static figure based off the Mortal Kombat Franchise
- Spawn is featured in his Dark Ages Skin as seen in Mortal Kombat 11 Kombat Pack DLC
- Designed to accentuate all the details in the figure from cape to boot
- Includes Spawn Gun, Necroplasm Flame, and a base
- Figure is showcased in Mortal Kombat themed window box packaging
<!-- <div class="row margin-bottom-40">