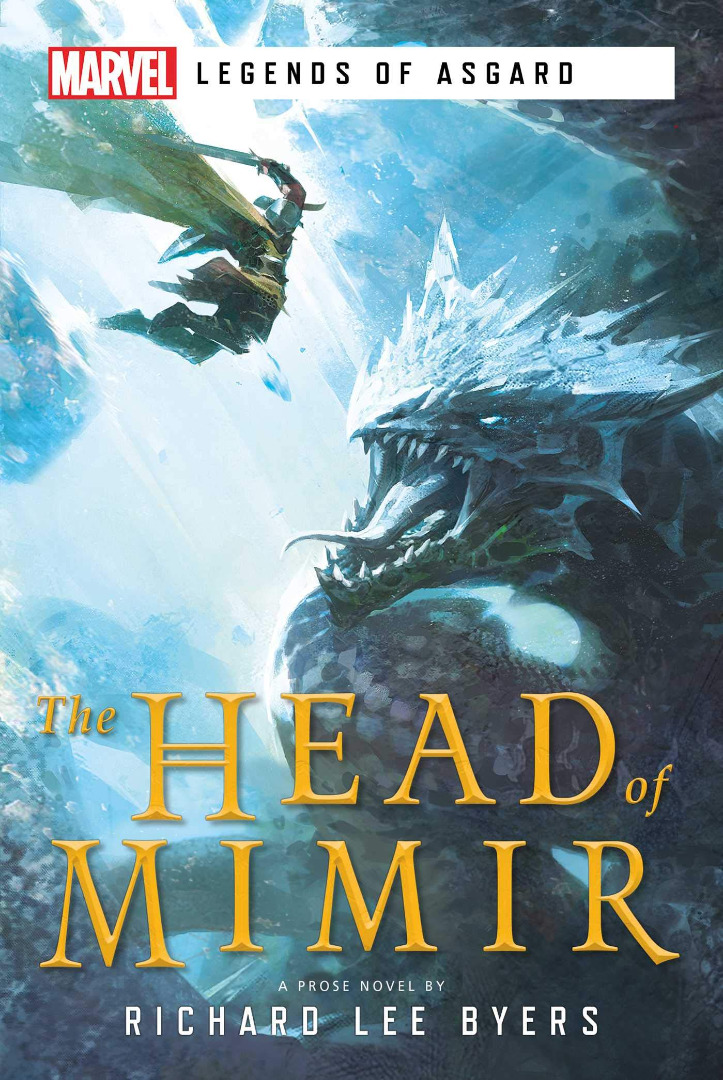 Marvel - The Head Of Mimir: Legends Of Asgard Novel

The young Heimdall must undertake a mighty quest to save
Odin – and all of Asgard – in the first heroic fantasy novel set in
Marvel’s incredible Legends of Asgard.
It is a dark time for Asgard. The Allfather is trapped in a bewitched
Odinsleep, inspiring an all-out assault from the Frost Giants. They evade
the gods’ defenses with uncommon ease, as if guided by augury. Heimdall,
a quick-witted young warrior still finding his place amongst Asgard’s
defenders, believes it no coincidence that Odin lies enchanted and that
the Giants are so well-informed. Sneaking into Odin’s inner chambers, he
discovers that the severed head of Mimir, a great source of wisdom, is
missing. Accompanied by his sister, Lady Sif, Heimdall must quest across
the Ten Realms to retrieve it, lest mighty Asgard fall.