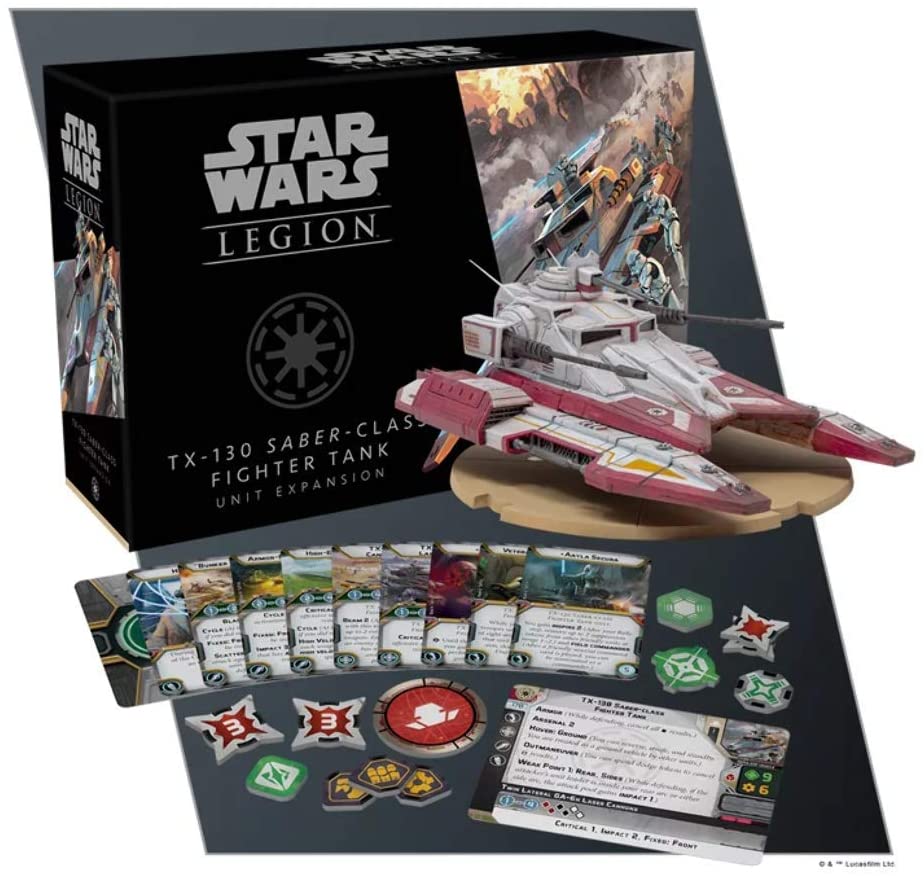 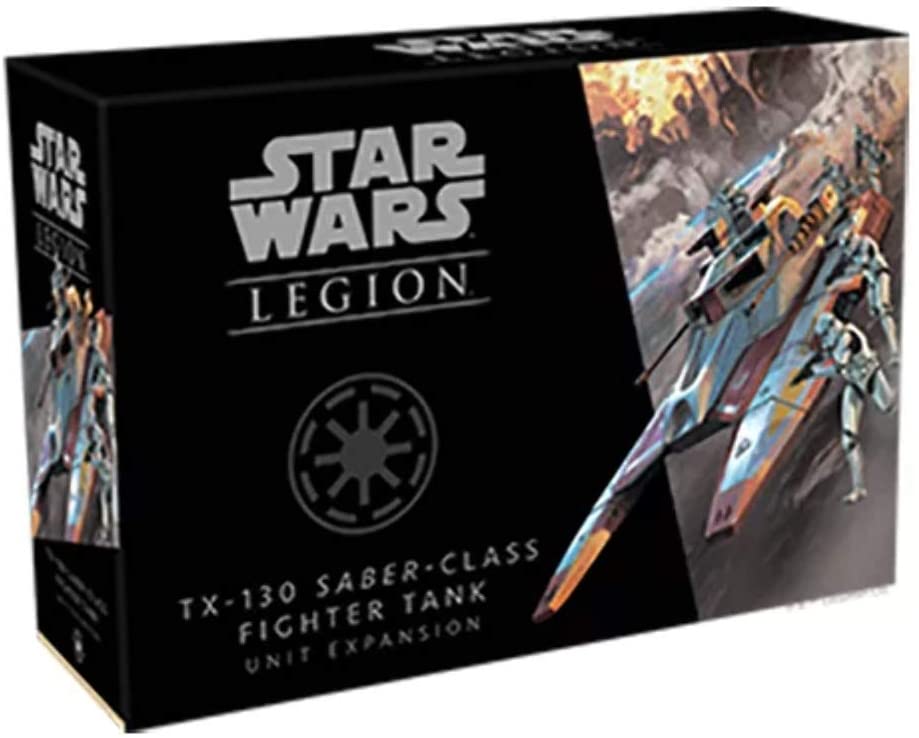 A light repulsor tank designed with the tactical flexibility of a starfighter, the TX-130 Saber-class fighter tank is agile and swift, making it an ideal match for the heightened acuity of Jedi generals like Aayla Secura or Plo Koon. For a battle tank, the Saber-class can be elegant as it nimbly weaves across the battlefield, slashing entire formations with a beam cannon or ripping apart enemy armor with twin laser cannons.

Within the TX-130 Saber-class Fighter Tank Unit Expansion, you'll find everything you need to incorporate one of these powerful repulsor tanks into your Galactic Republic armies, beginning with an unpainted and beautifully detailed TX-130 Saber-class Tank miniature that can be assembled with its missile pod doors open or closed. In addition to choosing how the tank's missile pods are assembled, you can also customize the look of the turret, choosing between a twin laser turret or a beam cannon turret. On top of how it looks, you can also customize how your Saber-class tank functions in battle with ten upgrade cards that invite you to swap out its pilots, weapons, ordnance, and comms systems.