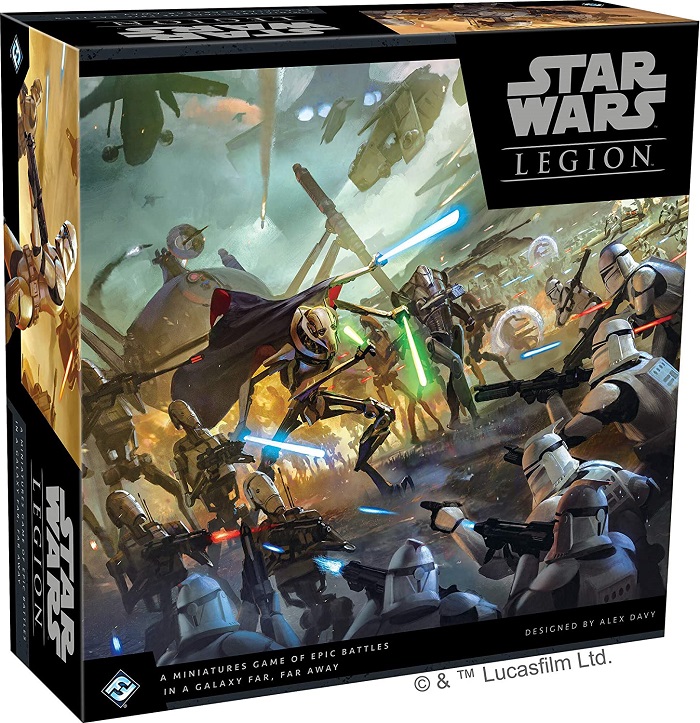 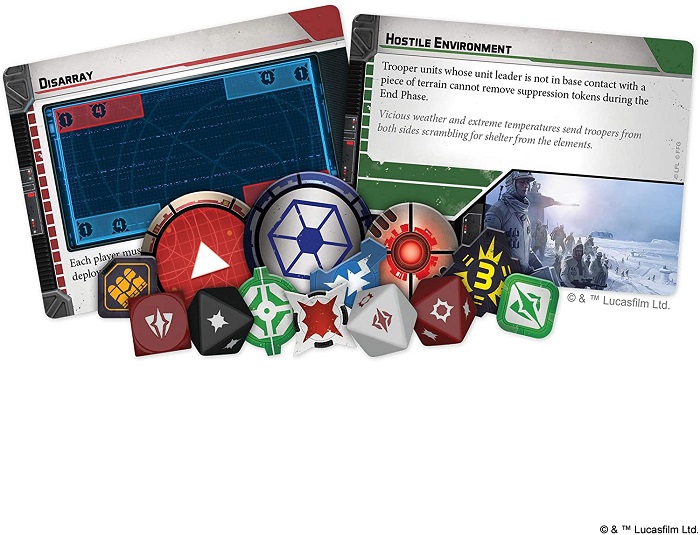 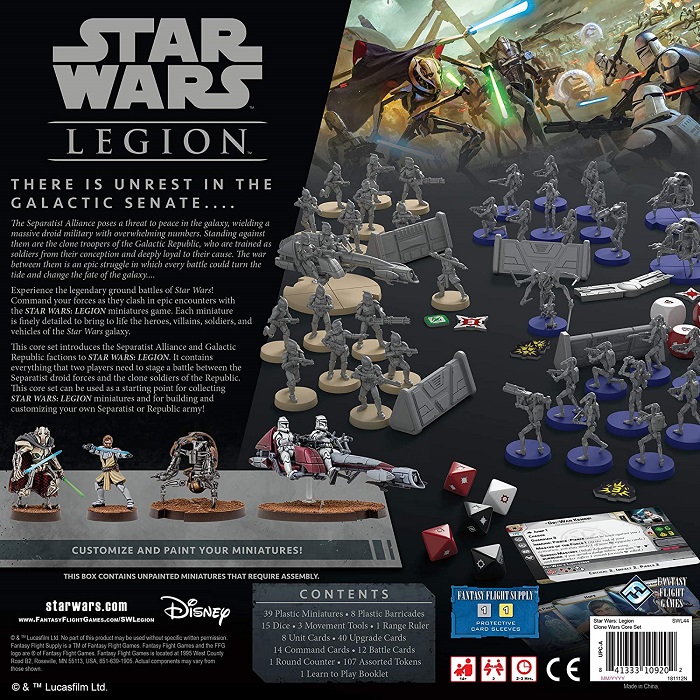 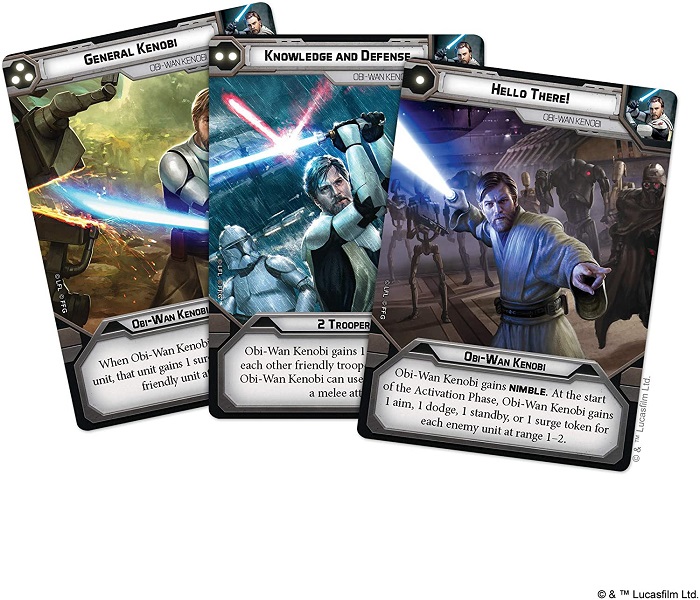 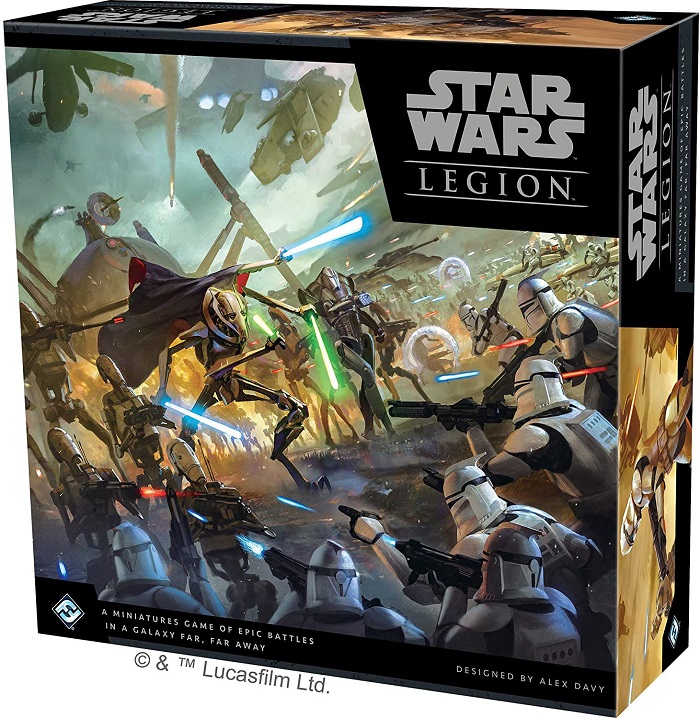 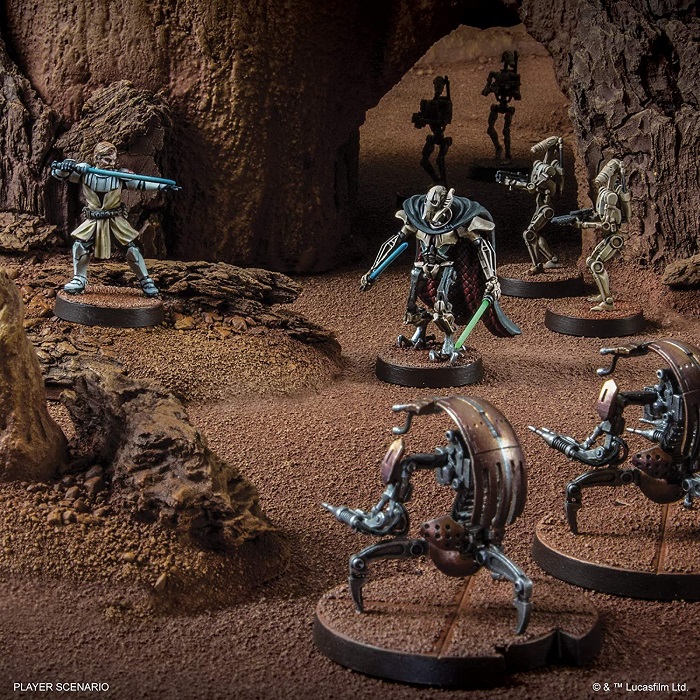 War has engulfed the galaxy. The vast forces of the Separatist Alliance, bolstered by seemingly endless ranks of battle droids, have pushed the Galactic Republic to the brink of dissolution and defeat. The Republic’s only hope is its army of elite clone troopers, led into battle by noble, Force-wielding Jedi Knights. The war between them is an epic struggle where every battle could turn the tide and change the fate of the galaxy. You can immerse yourself in this epic conflict, assembling your forces and leading them against your opponents in the legendary ground battles of Star Wars™ with the Clone Wars Core Set for Star Wars™: Legion!

This Core Set invites you to enter a completely new era of infantry battles in the Star Wars galaxy, pitting the overwhelming Separatist droid forces against the Republic’s crack armies of clone troopers and Jedi Knights. As you do, you’ll assemble a force of the Clone Wars' most iconic heroes, villains, troopers, and vehicles, including Obi-Wan Kenobi and General Grievous. In addition to introducing the Galactic Republic and Separatist Alliance to the game, this Core Set contains all the cards, tools and tokens you need to begin staging your own Star Wars battles right away, making this the perfect starting point to begin building your Star Wars: Legion collection!

39 unpainted and highly detailed miniatures give you the building blocks you need to begin assembling your Galactic Republic or Separatist Alliance armies.
Obi-Wan Kenobi and General Grievous each pose with lightsabers at the ready, prepared to lead their troops into battle and show off their skills in combat. Both these miniatures are exclusive to the Clone Wars Core Set.
Two sqauds of Phase I Clone Troops enter the fight to preserve the Republic. Five carry the DC-15A blaster rifle while two heavy weapons specialists add extra firepower with a Z-6 rotary blaster cannon and a DC-15 blaster rifle modified to fire from long range.
A BARC Speeder miniature gives your Clone Troopers some much-needed speed as they look to outmaneuver the Separatist's battle droids and can be assembled with or without its sidecar. Those who include the sidecar can further customize their speeder with a twin laser gunner, an RPS-6 gunner, or an ion gunner.
Two squads of B1 Battle Droids are ready to crush any resistance with sheer weight of numbers. Seven are armed with E-5 blaster rifles, while two heavy weapons specialists bring either an E-5C blaster rifle or an E-60R missile launcher.
One unit of two Droidekas is ready to speed into battle in wheel mode. Once there, the wheel mode miniatures can be replaced by two Droideka miniatures ready to lay down heavy fire on targets the B1 Battle Droids cannot take care of.