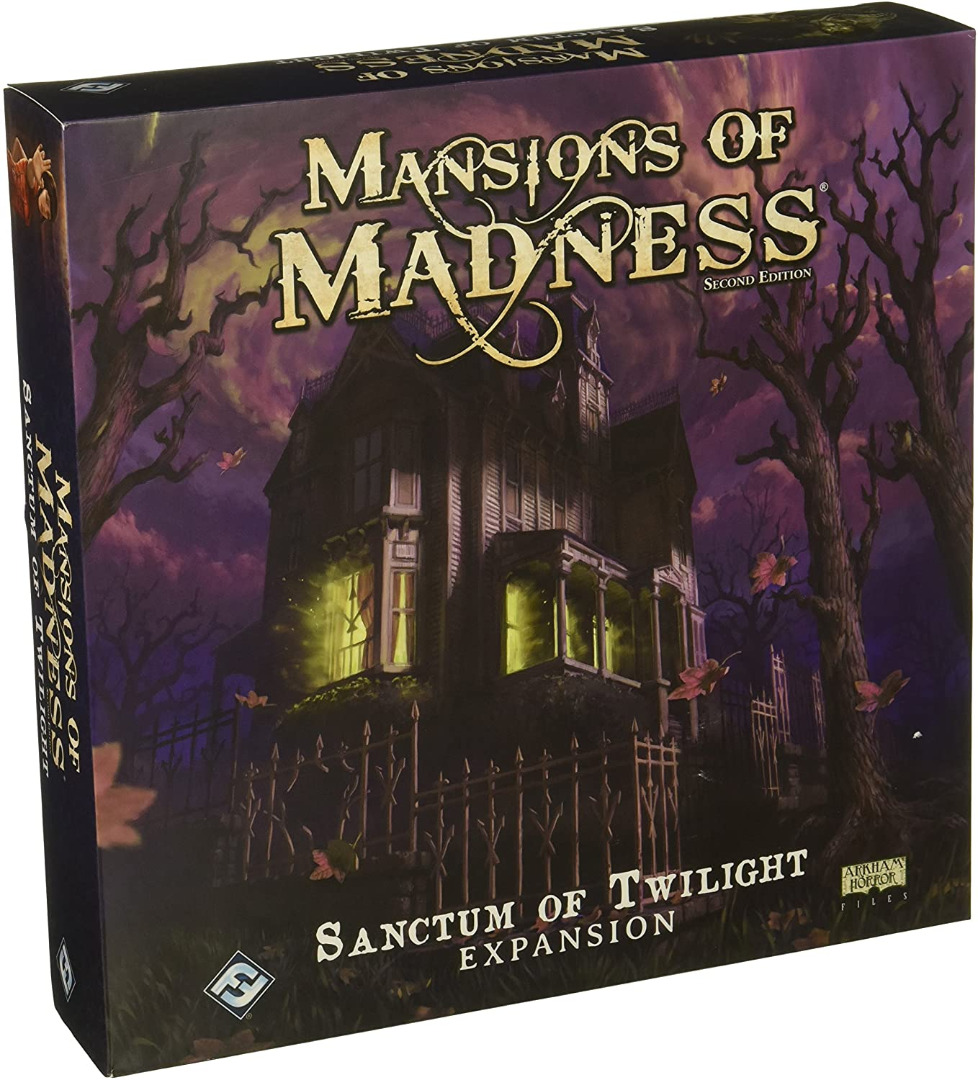 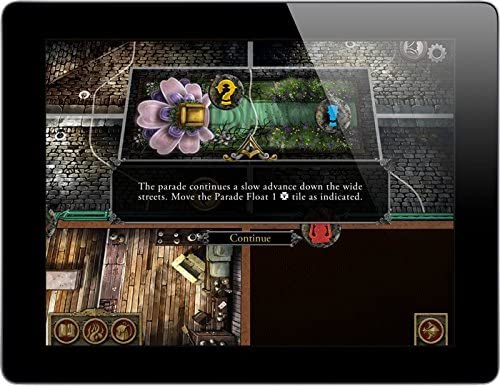 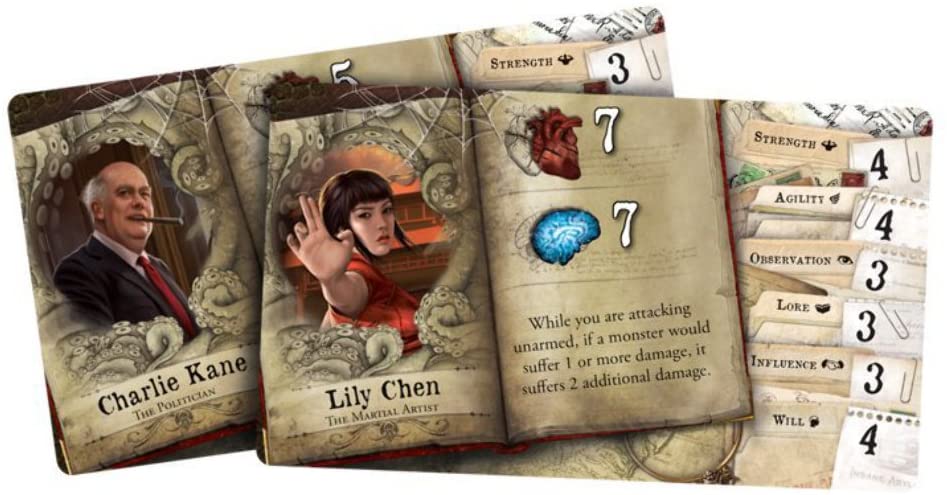 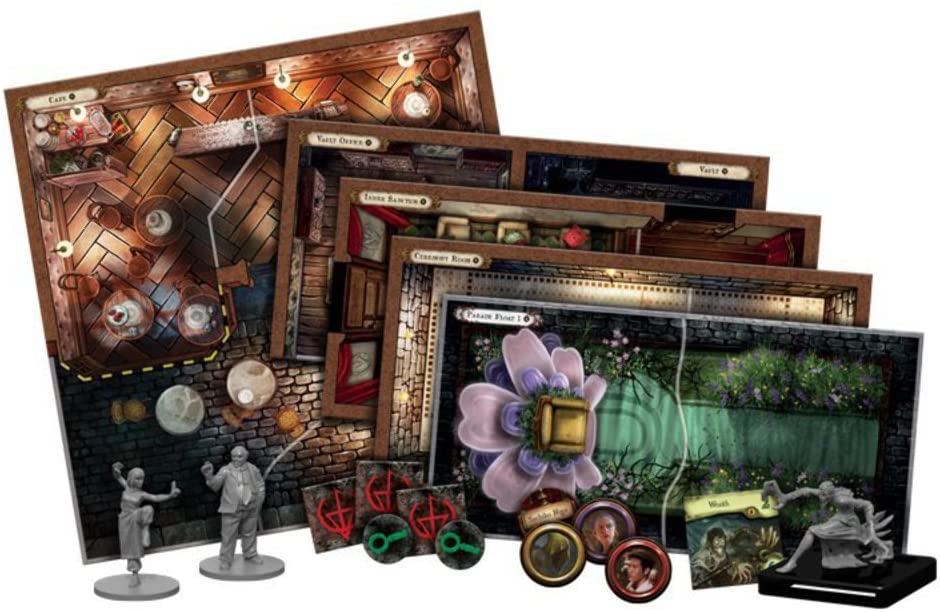 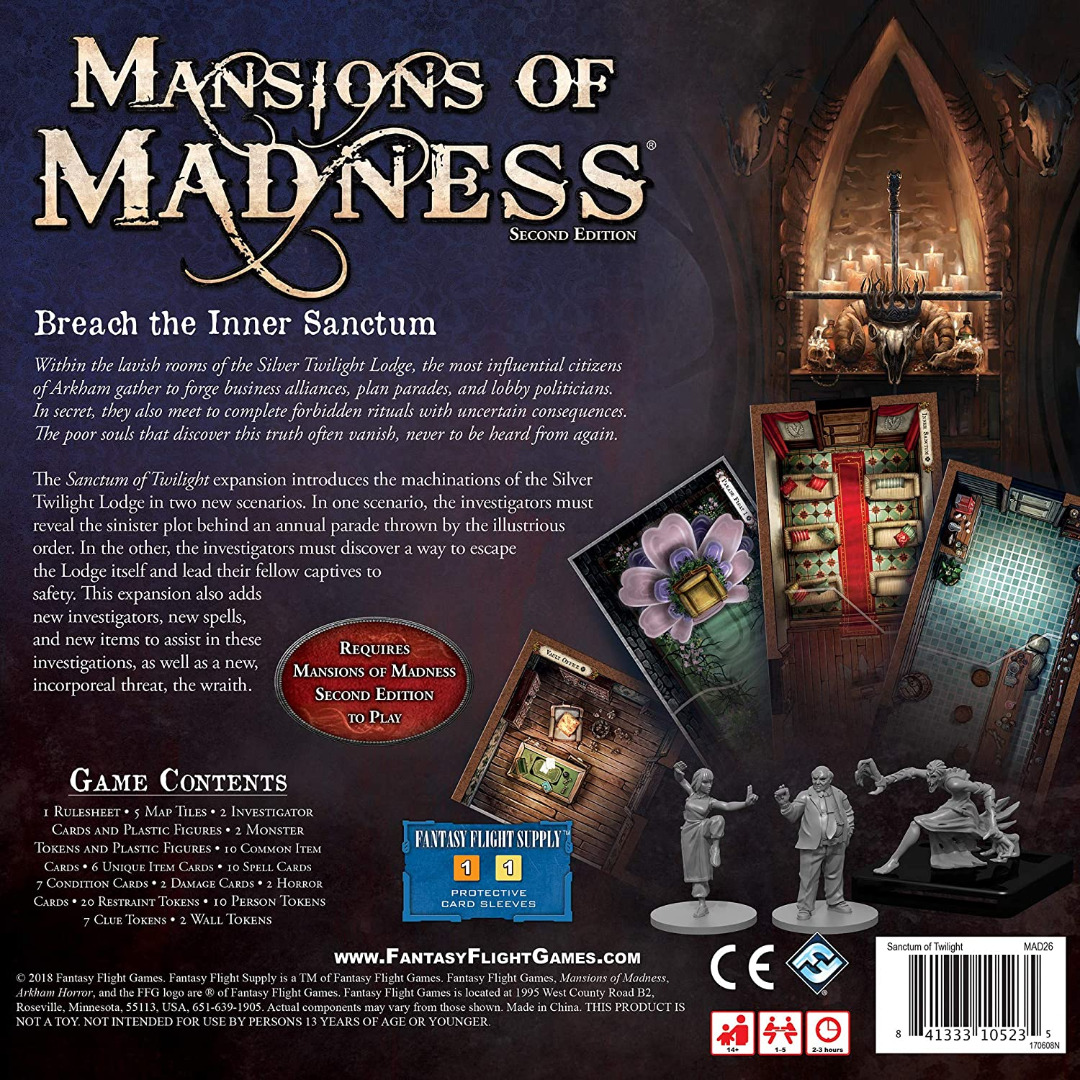 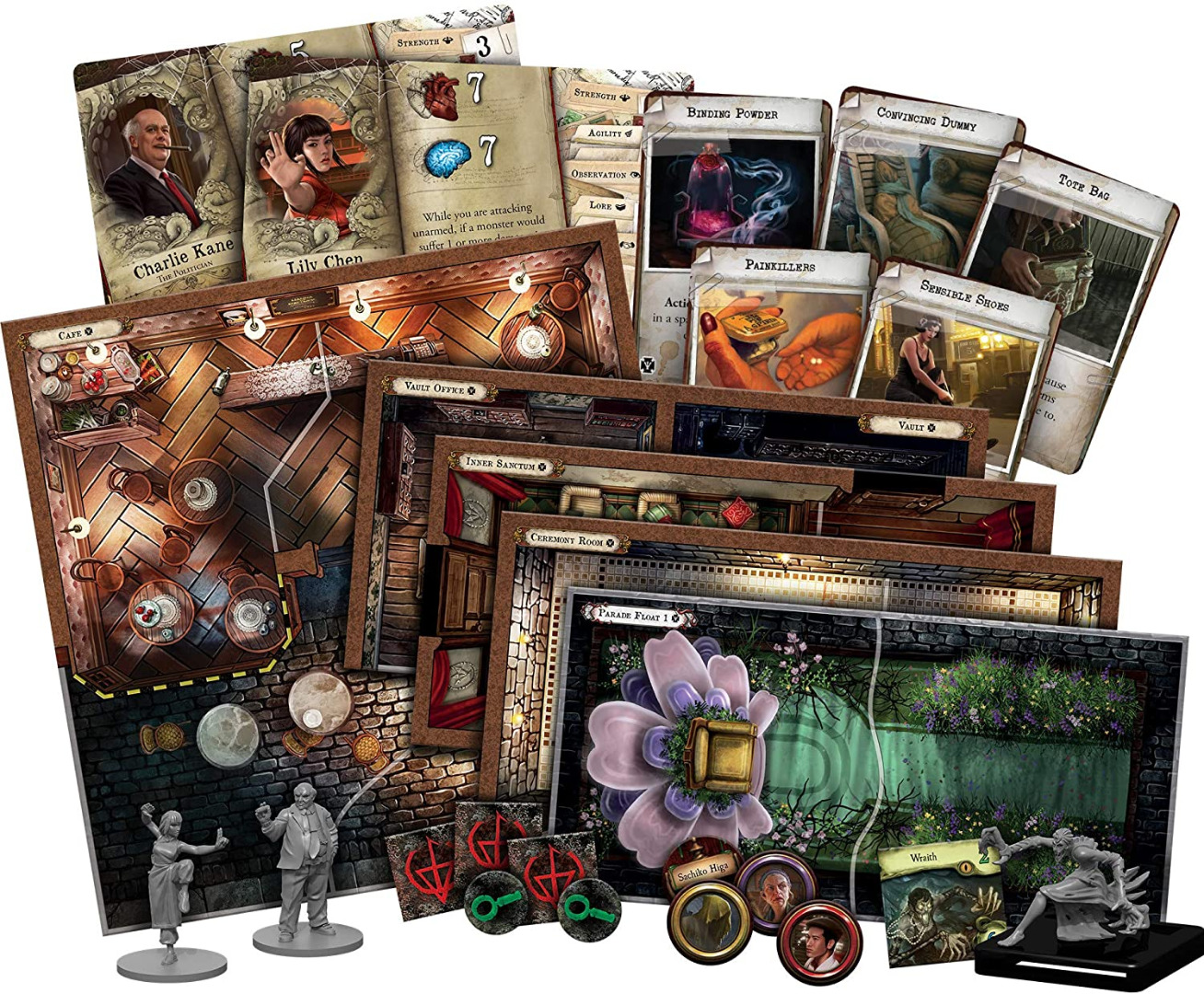 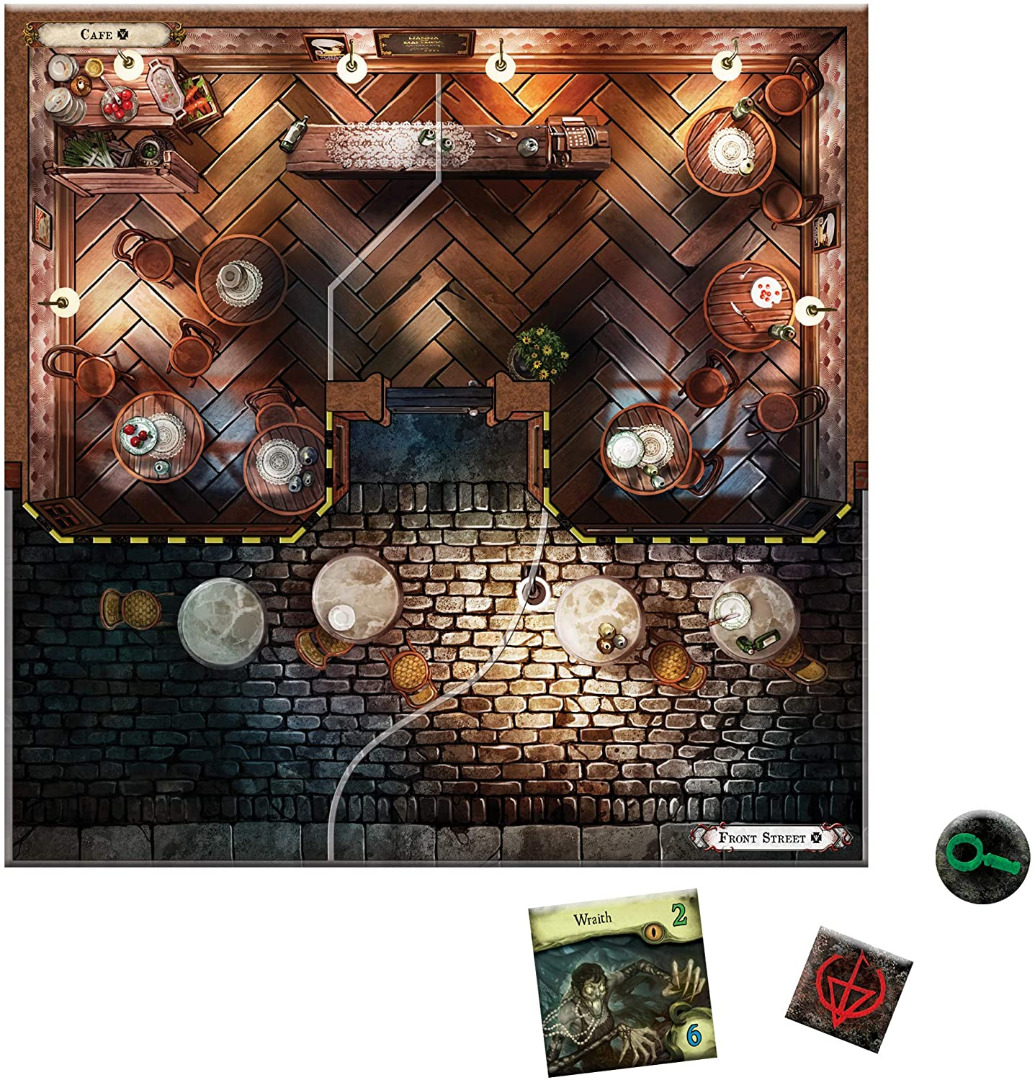 Within the lavish rooms of the Silver Twilight Lodge, the most influential citizens of Arkham gather to forge business alliances, plan parades, and lobby politicians. In secret, they also meet to enact forbidden rituals with dark consequences. The poor souls who discover this truth often vanish, never to be seen again.

Sanctum of Twilight is an expansion for Mansions of Madness Second Edition that unites two new investigators against the Order of the Silver Twilight in two thrilling scenarios. With new spells, items, mechanics, and a new monster, this expansion immerses players in the Arkham Files universe as they confront the dangers threatening Arkham from within.

This is not a standalone product. It requires Mansions of Madness Second Edition Core Set to play.