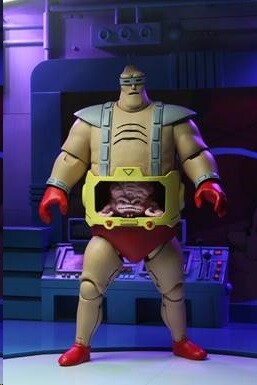 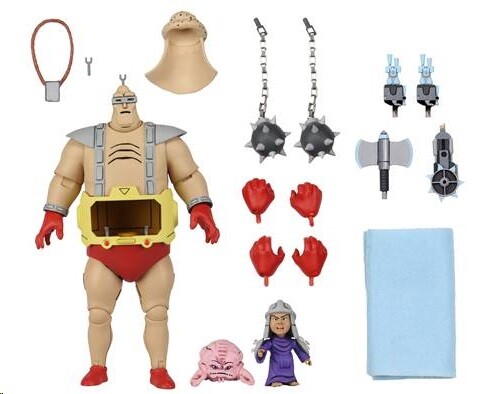 Based on the classic 1980s Teenage Mutant Ninja Turtles cartoon series! After being accidentally exposed to radioactive ooze, four ordinary household pets are transformed into a band of wisecracking, pizza-loving, villain-dicing adolescent reptiles! Whether it's facing fierce enemies or saving humanity from near extinction, with the guidance of their Sensei, these Heroes in a Half Shell are always ready for straight outta the sewer action!

Shredder has given Krang an ultimate upgrade with a gigantic android body. Standing at over 9" tall, this is the largest Cartoon Turtles action figure release. Sparing no expense, Krang's Android Body not only towers over the turtles, but has a wide array of weapons at his disposal, including flails, blasters, an axe, and saw.