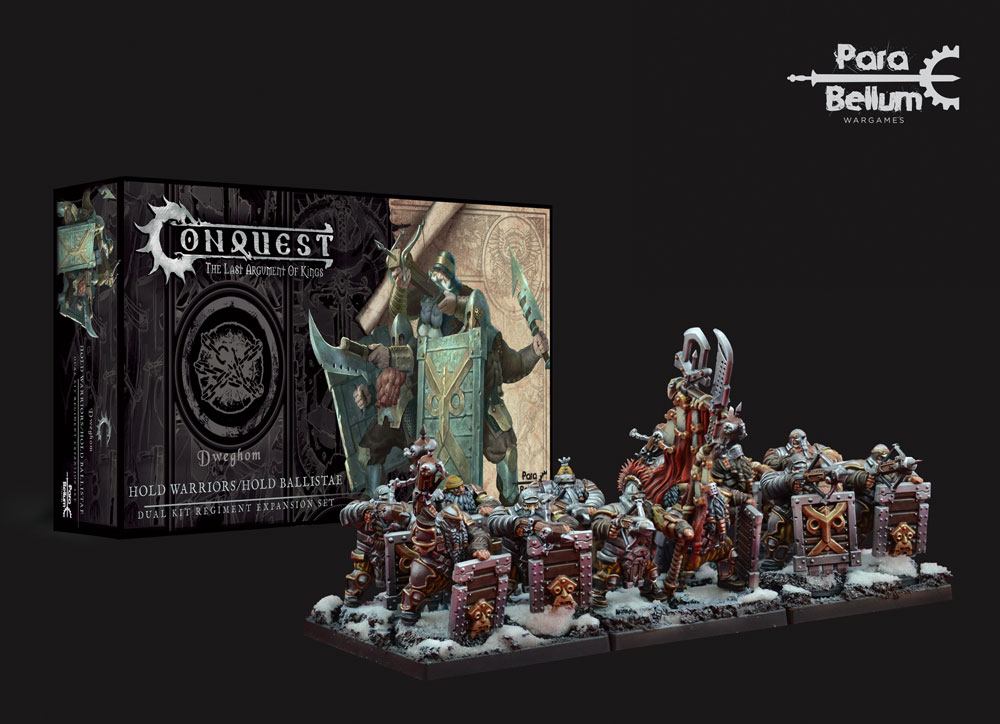 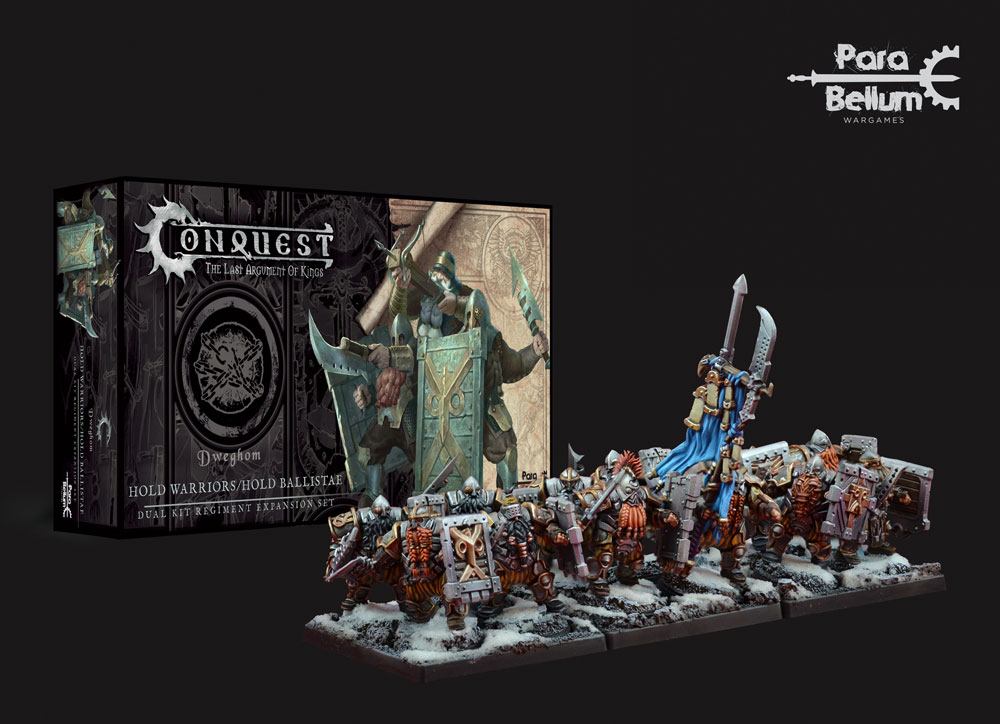 Pack with 12 plastic miniatures and 2 iCards for the Tabletop Game "Conquest: The Last Argument of Kings.

It is a testament to the harshness and potential dangers of military advancement, the fact that the bulk of Dweghom warriors have stepped off the advancement track and committed themselves to a lifetime of military service. The sword and shield remain the traditional equipment of these warriors. On the other hand, battle with a flying opponent quickly cured the Dweghom of preconceptions against ranged combat. The ballistae were the first ranged weapon developed to combat dragons and remain a powerful instrument of death against lesser foes, their ease of production and repair making them a staple of the Hold armories.

Be they shield-bearing warriors or ballistae specialists, when one encounters unranked Hold Warriors, he will mostly be facing hardened veterans who have devoted their life to military service. The small percentage who are not lifelong servicemen, however, trade battlefield experience for ambition and ruthlessness, making them just as dangerous on the field of battle.