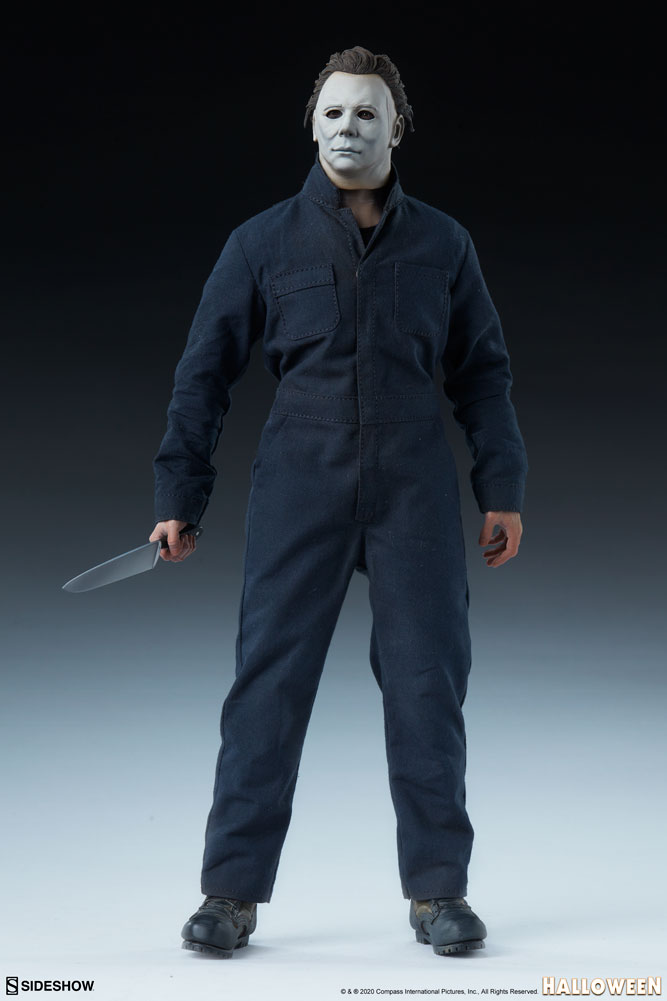 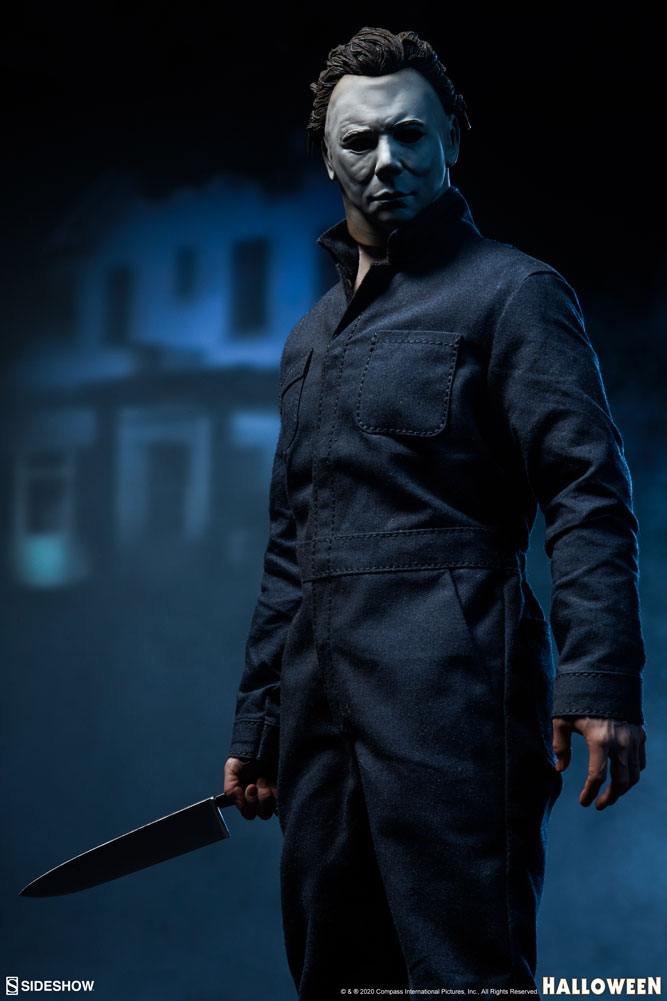 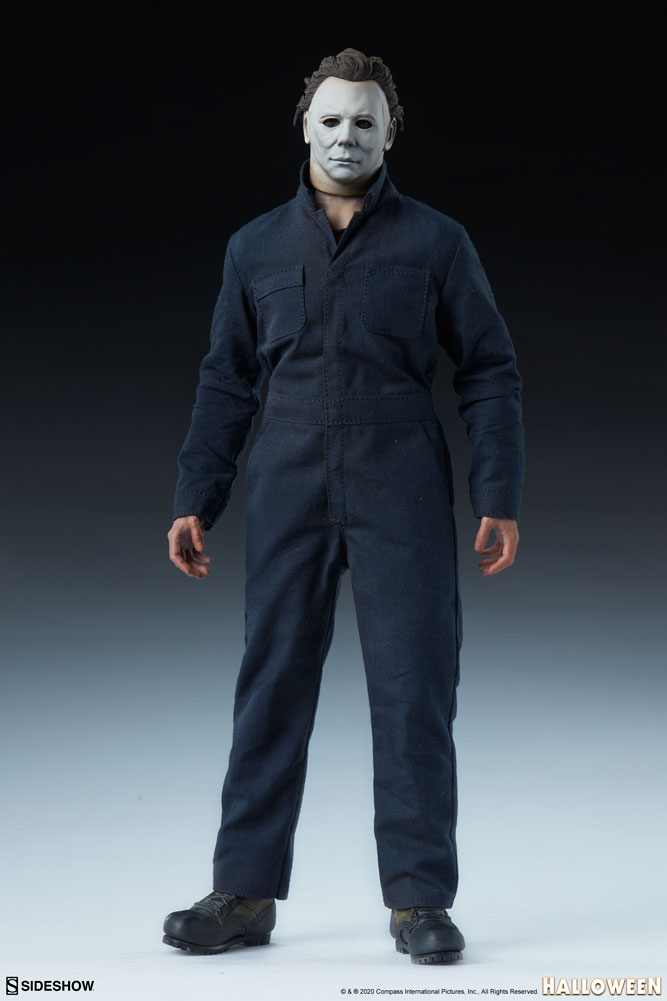 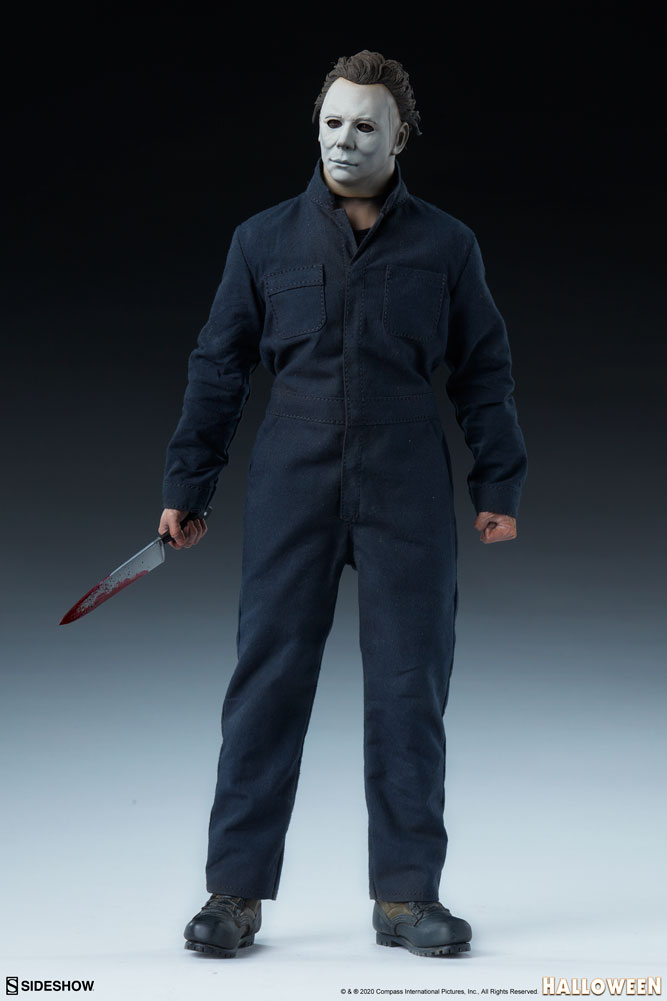 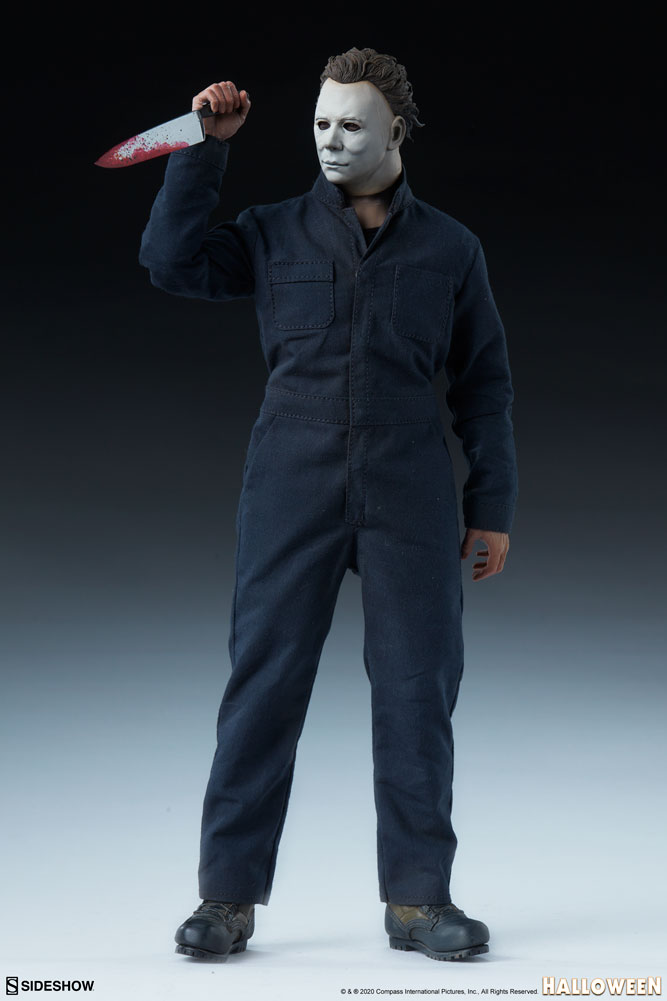 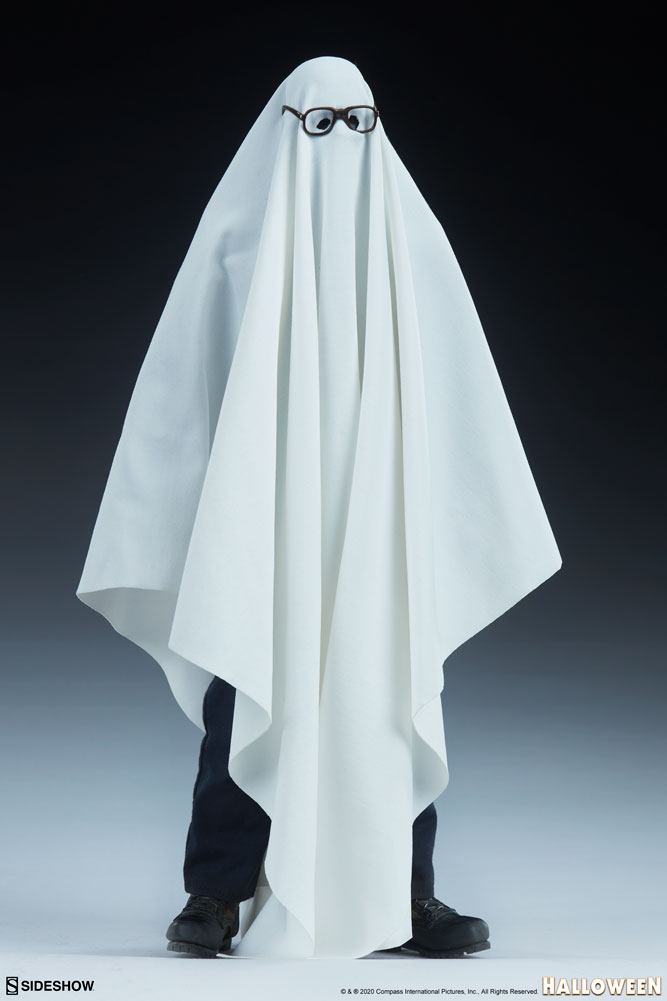 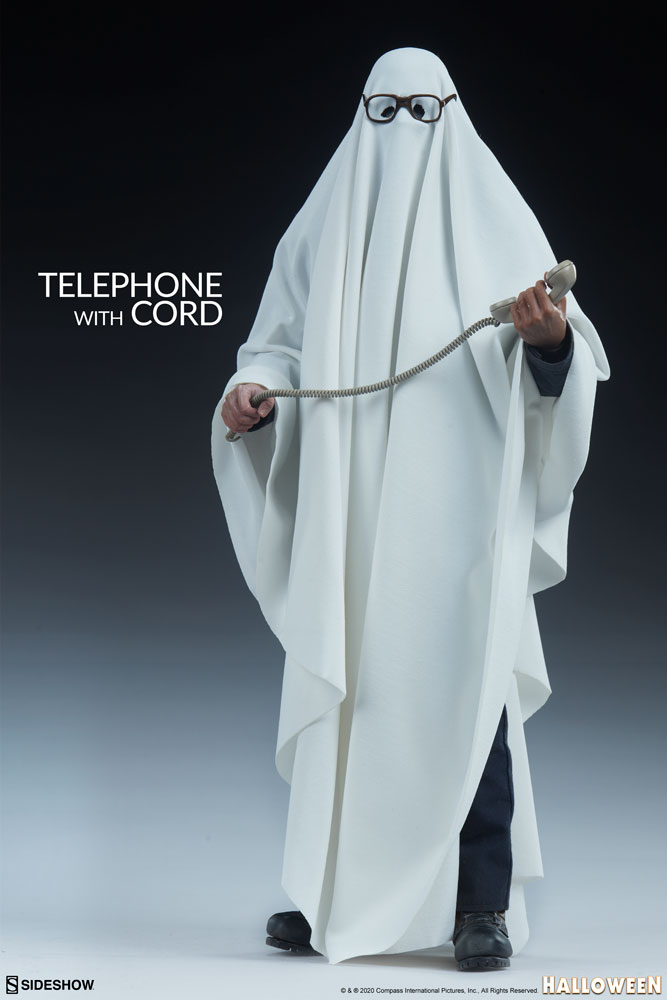 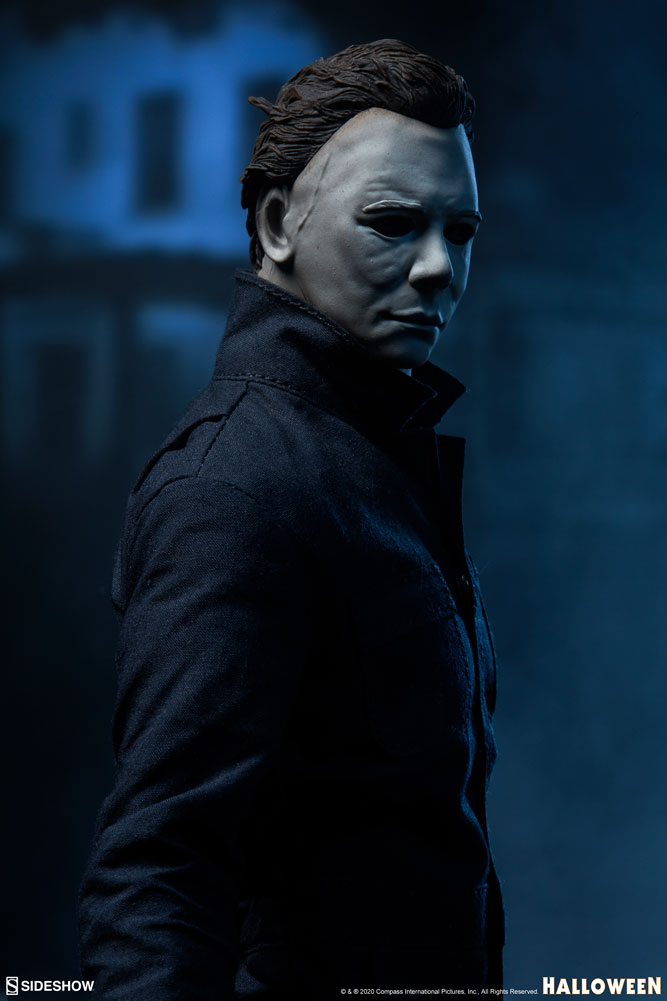 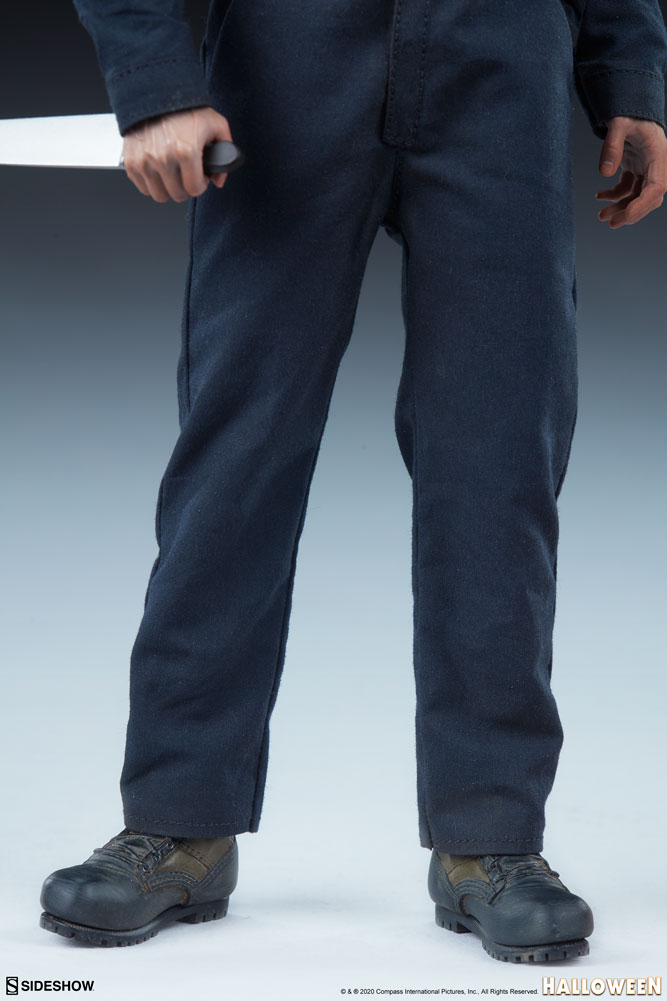 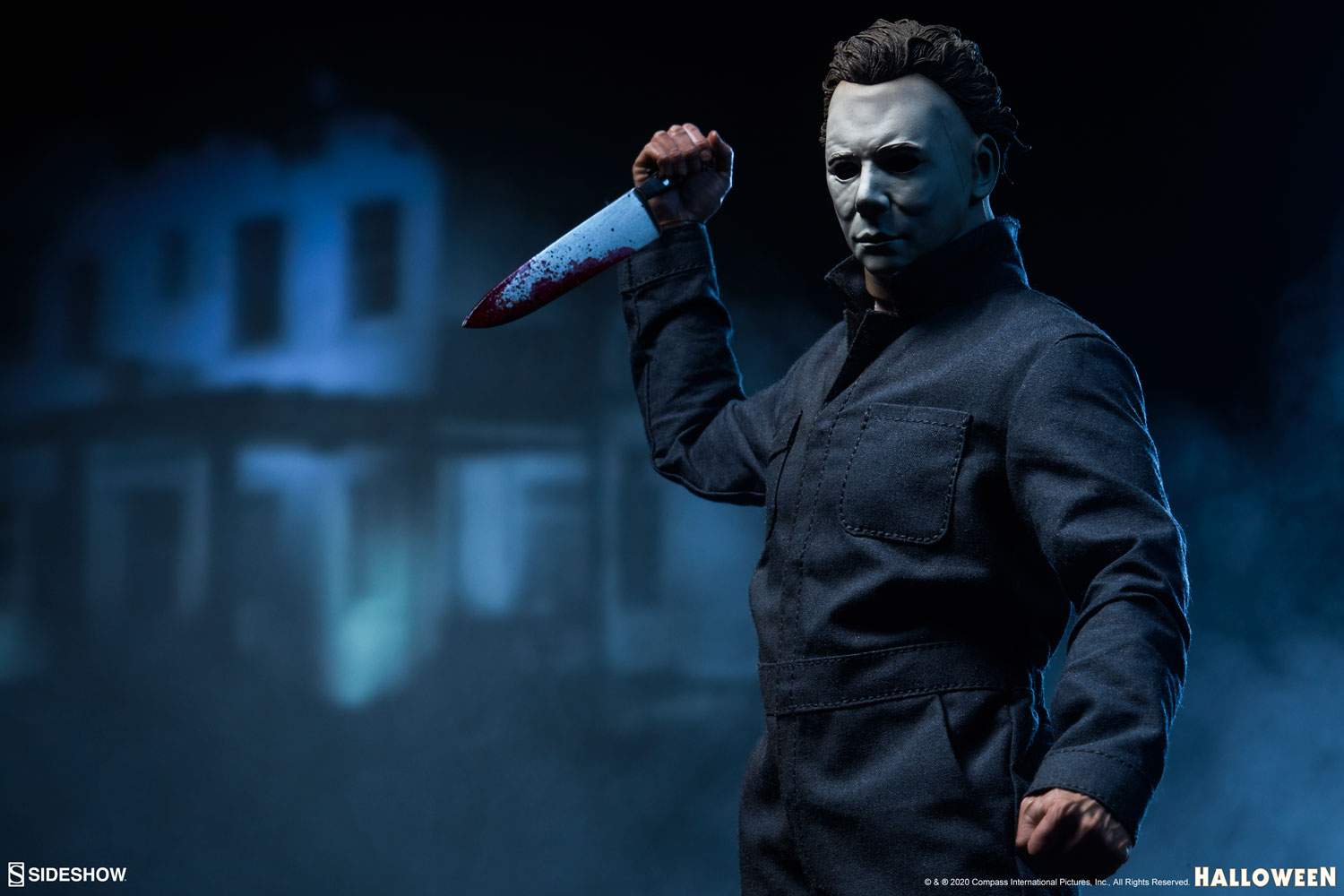 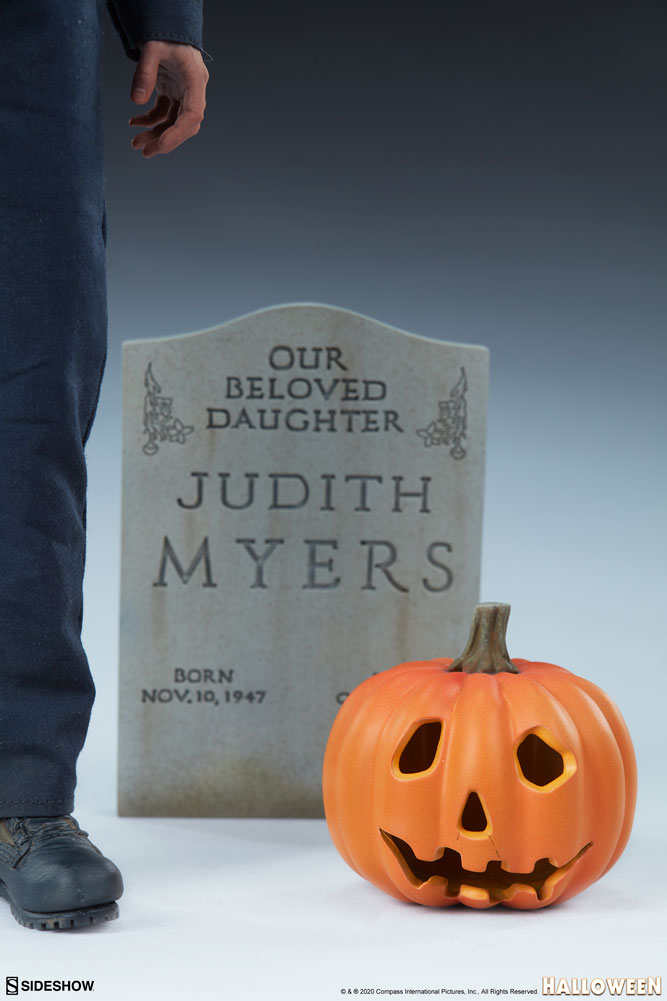 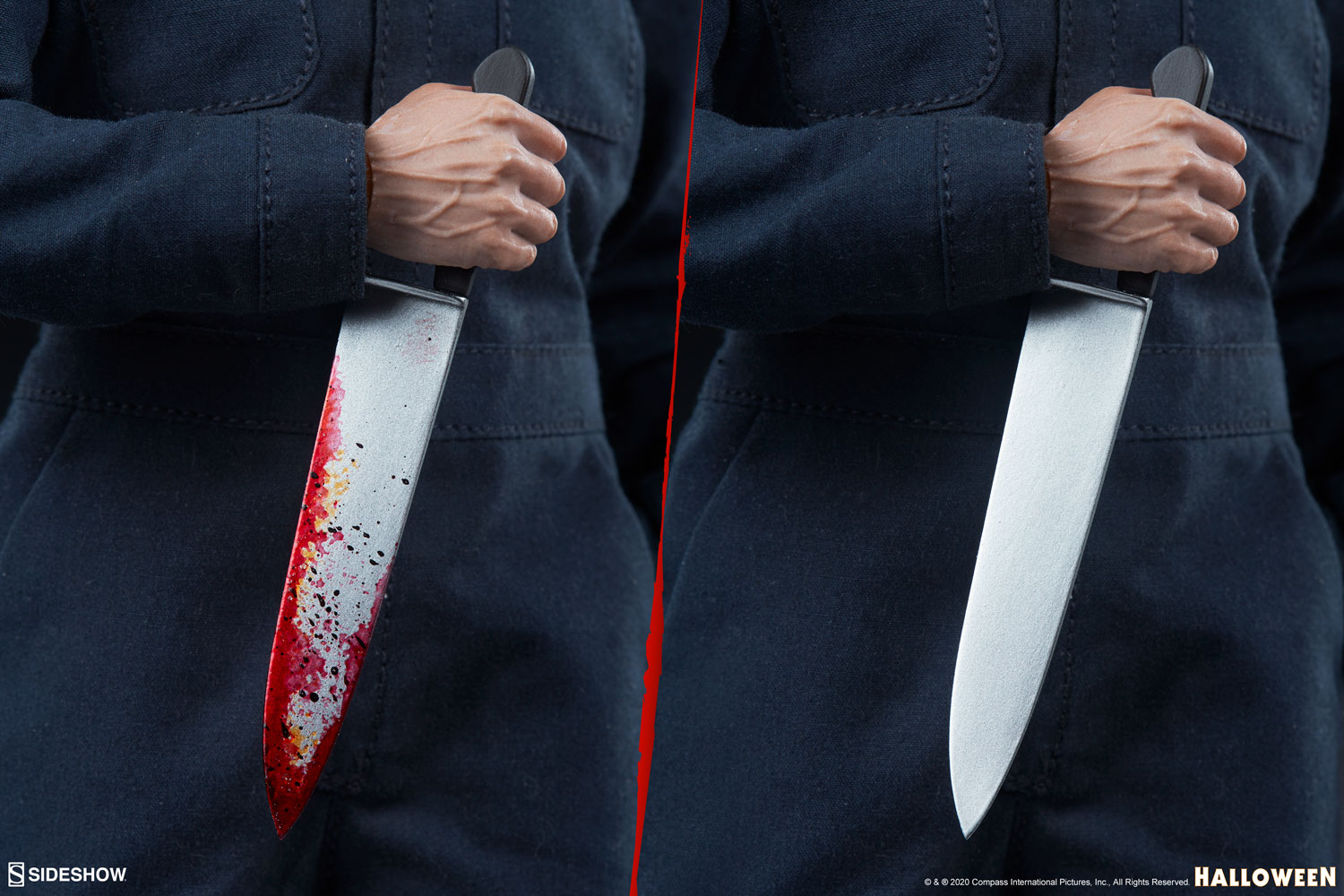 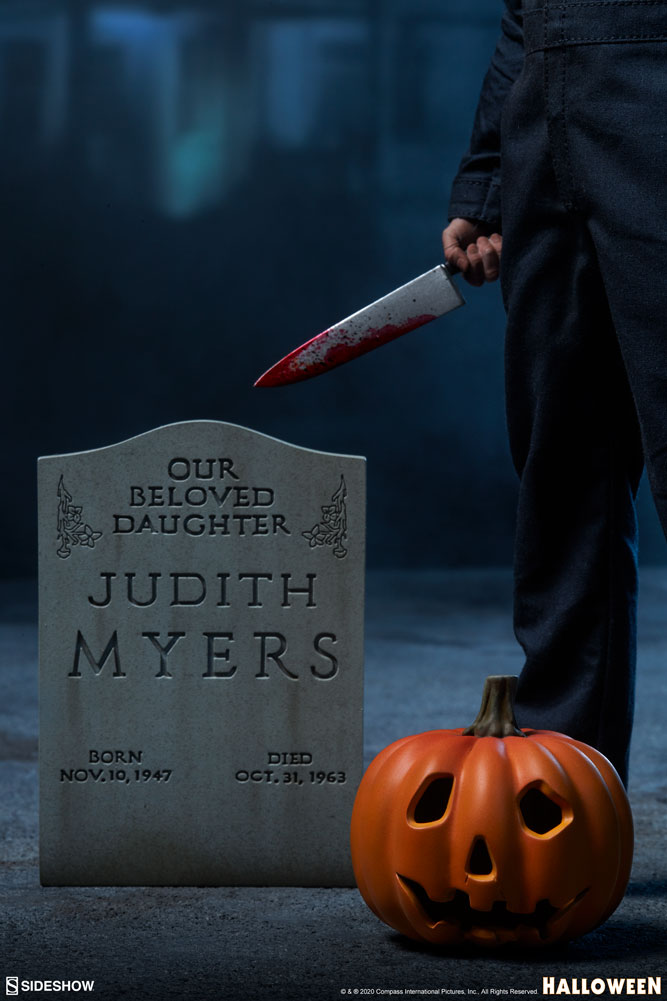 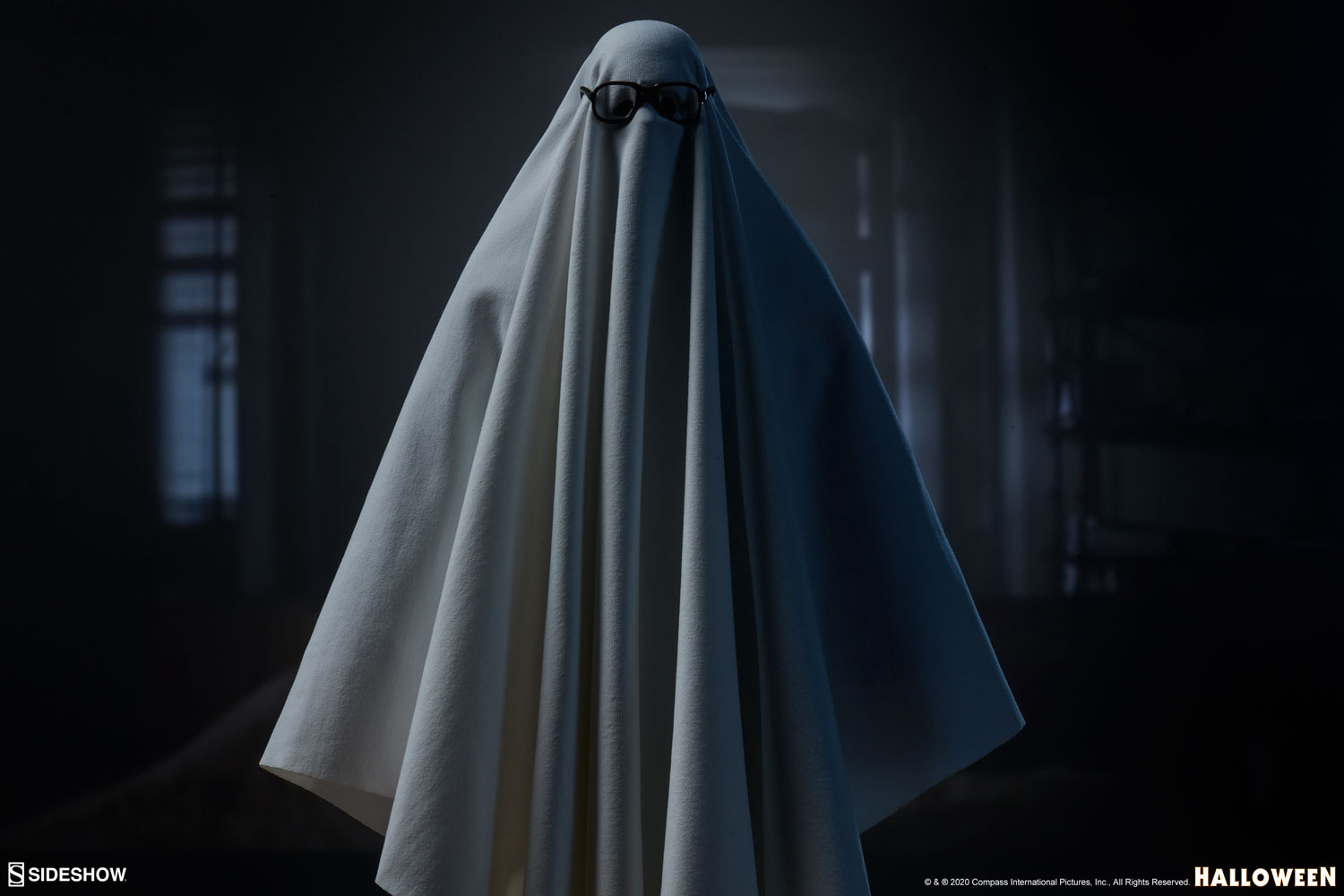 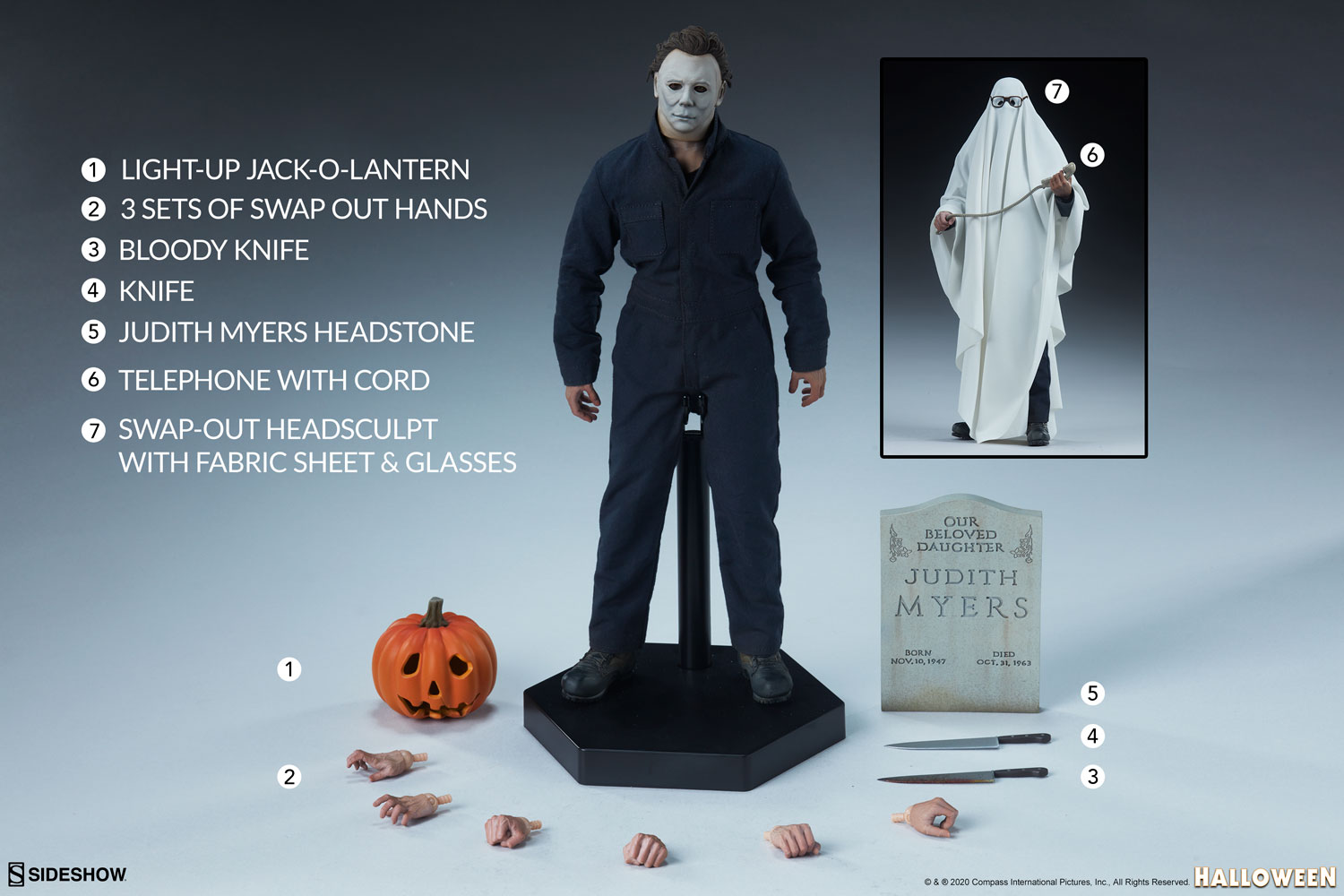 '...with this blank, pale, emotionless face, and the blackest eyes- the devil's eyes.''

Sideshow presents the Michael Myers Deluxe Sixth Scale Figure, an articulated horror collectible that gives you control of this classic killer as he cuts through your collection.

Inspired by his iconic appearance in the original Halloween (1978) movie, the Michael Myers Deluxe Sixth Scale Figure wears a costume of tailored blue fabric coveralls and a black fabric undershirt as well as sculpted boots. The figure includes two distinct portraits, one featuring a detailed depiction of his infamous mask, complete with sculpted hair and weathering details, and one portrait with non-removable glasses and a fabric sheet ghost costume.

The Michael Myers Deluxe Sixth Scale Figure includes a variety of accessories to recreate multiple cinematic moments in your collection. The figure comes with eight different hands, including a pair of fists, a pair of grip hands, a pair of open hands, and a pair of posed gesture hands for interacting with his killer tools of the trade. Michael Myers also includes both a clean knife and bloody knife for holding, as well as a corded telephone accessory, perfect for terrorizing teenagers on Halloween night. The figure also features a Judith Myers headstone accessory and a carved Jack-O-Lantern with a light-up feature, both of which can be placed in proximity to the figure to create a more detailed Halloween scene.

Bring him from Haddonfield to your home when you add the Michael Myers Deluxe Sixth Scale Figure to your horror collection today.