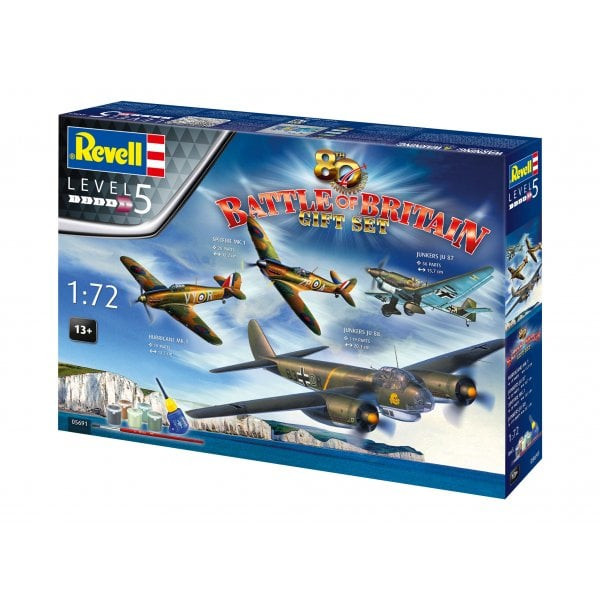 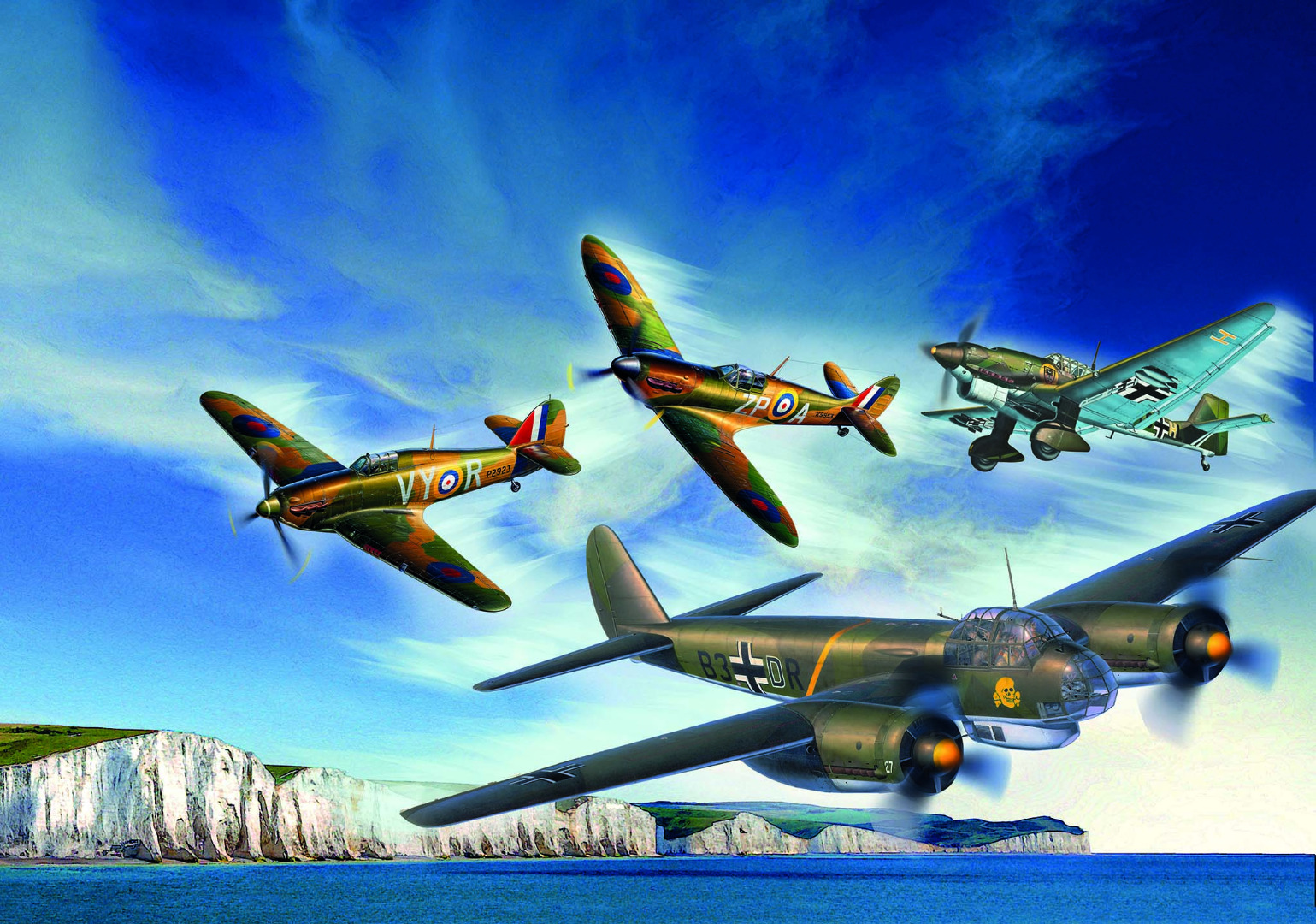 Royal Air Force against Luftwaffe, Spitfire and Hurricane against Ju88 and Ju87 - this duel played 80 years ago, the skies over Britain were filled with the same kind of activity day after day. In keeping with the anniversary of the Air battle for England contains the set next to Supermarine Spitfire Mk.1a and Hawker Hurricane Mk.1A also their former opponents Junkers Ju88 A-1 and Junkers Ju87 B. Besides these kits the set contains also contain base paints, adhesives and brushes.