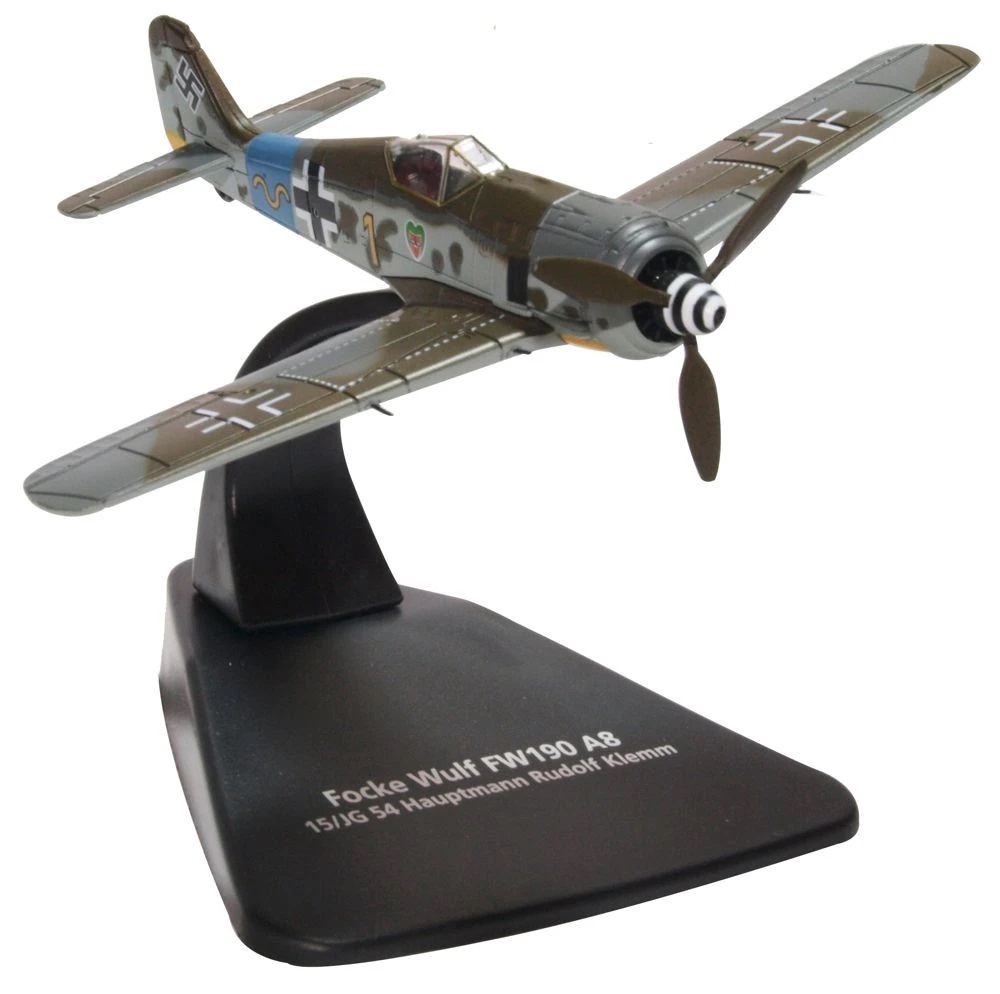 Rudolf Klemm was born in 1918 in the Baden region of Germany and joined the Luftwaffe in 1937 as a flying instructor before being transferred to JG 54 based on the Eastern Front in December 1941.  Between then and the end of World War II, Rudolf Klemm was credited with 42 victories over 293 missions.  He cheated death four times – twice by parachuting from his stricken aircraft and twice by making emergency landings. His 13 victories over the Western Front included eight four-engine Allied bombers.  Rudolf Klemm was awarded numerous decorations, including the Knight’s Cross of the Iron Cross, in recognition of extreme bravery in battle and successful military leadership.  He survived the war and ran his own flying school for small aircraft.  Ironically, he was training a pilot when his plane crashed mysteriously on 5th July 1989.  He was aged 71.

Oxford’s 1:72 scale Focke Wulf 190A is a tribute to this amazing Luftwaffe Ace pilot and is decorated in the distinctive grey and dark green camouflage scheme with bright blue fuselage band and a sky blue under body. The cockpit interior is dark green and a bright yellow finish has been applied to the rudder flash and underside nose panel. Another finite detail shows the black propeller spinner with a matt white spiral effect.

Note: The Swatiska will not be present on this model.