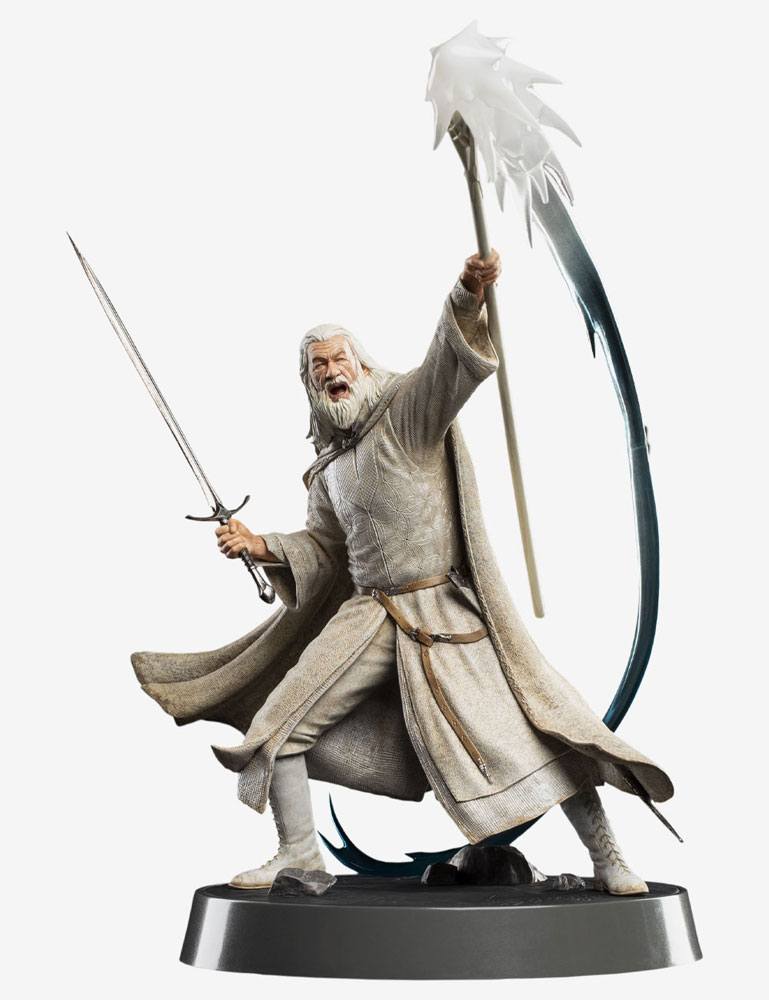 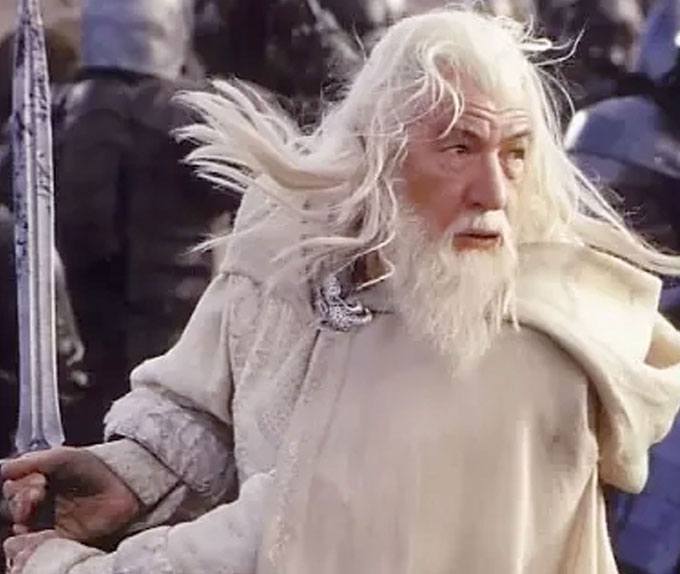 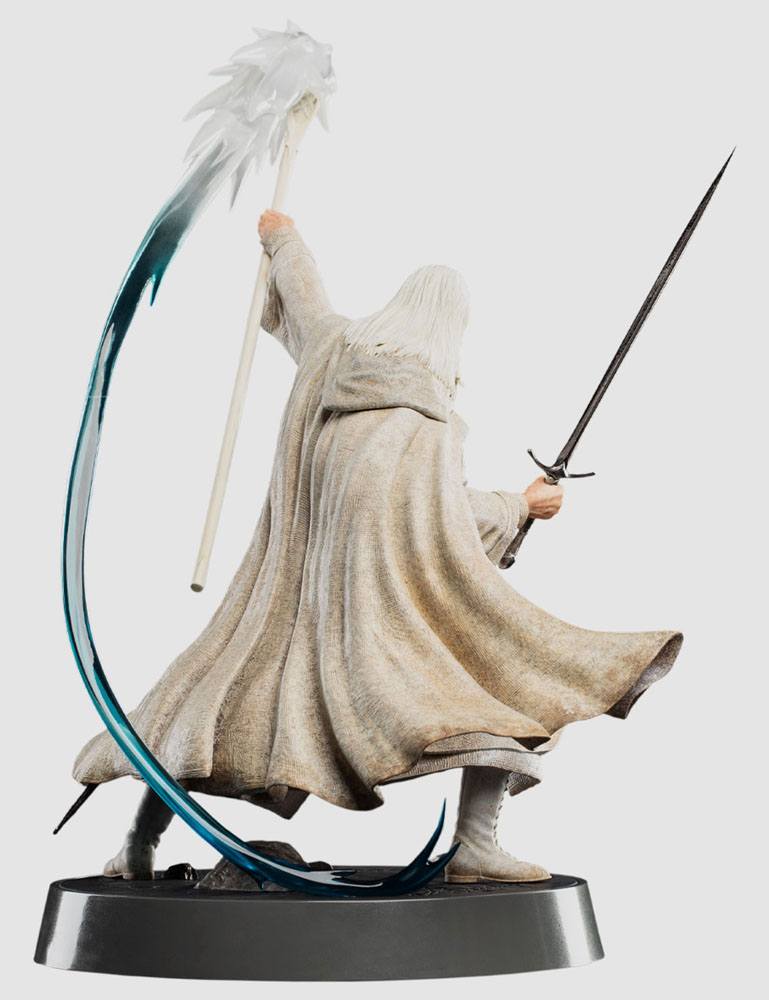 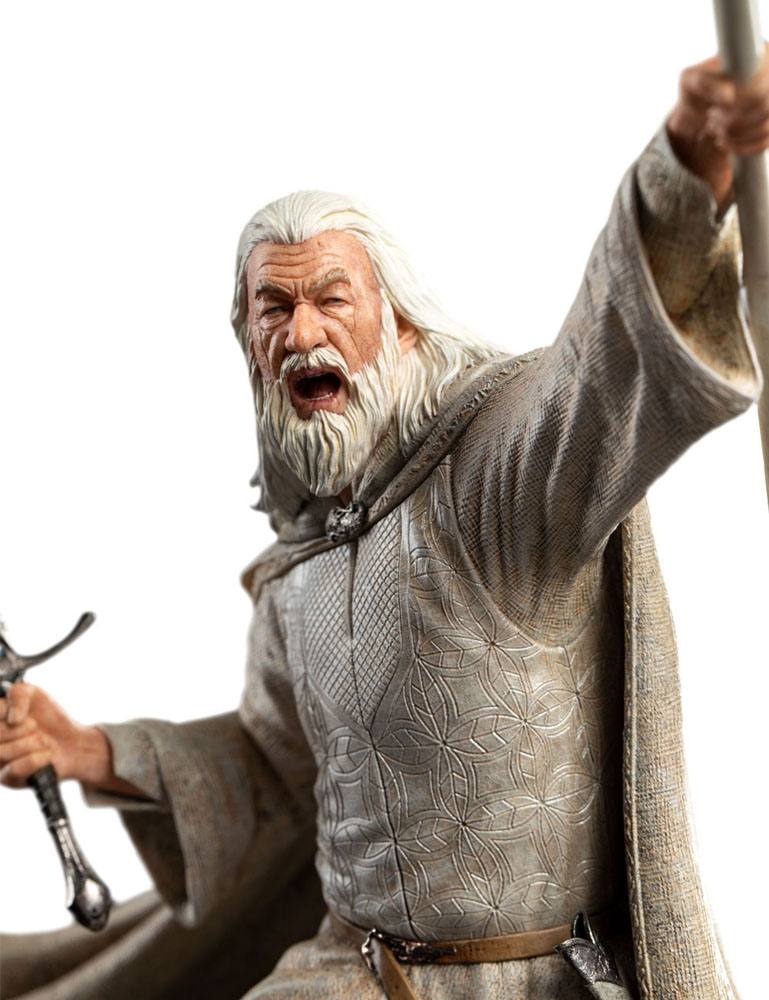 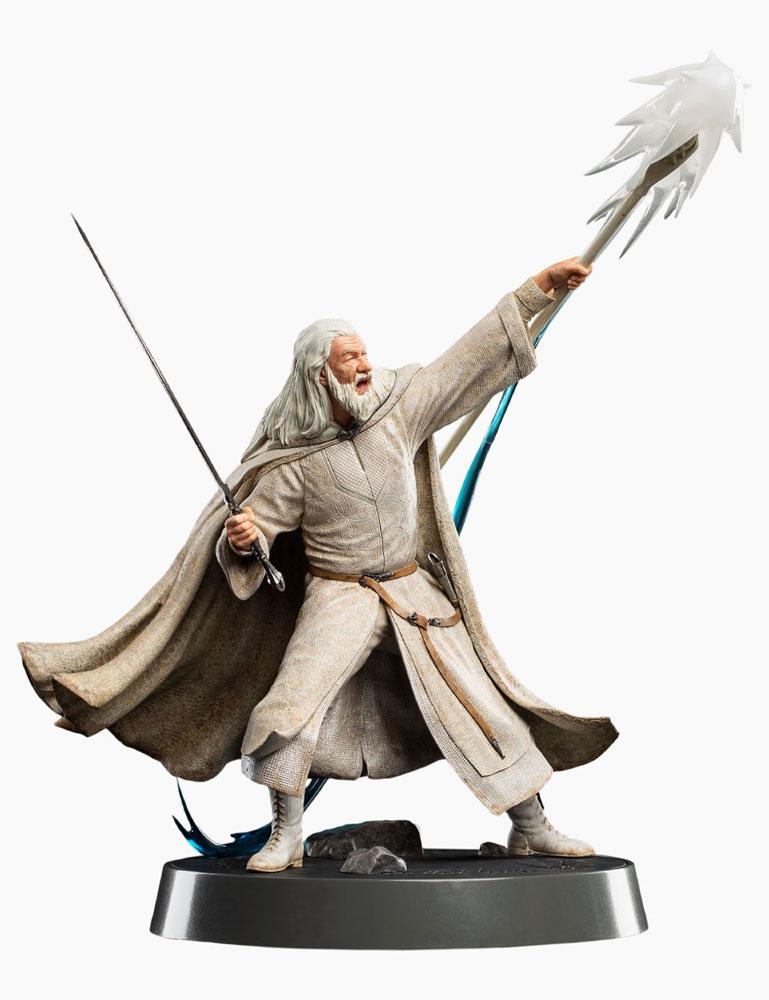 On the battlefield, Gandalf the White shines like a blazing star. Staff in one hand, sword in the other; he's returned from death and ruin to rally the people of Gondor in their hour of need. And not a moment too soon. The Lord of the Nazgûl has entered the fray.

We've designed Gandalf the White as a companion piece to the Witch-King of Angmar. Get your hands on your favourite figure or collect them both to recreate the clash at Minas Tirith; seen in the Extended Edition of The Return of the King.

Artistry. Passion. Pure unadulterated pop culture. In 2019, Weta Workshop introduced its next generation of collectibles with Figures of Fandom! Made from high-quality PVC and standing at approximately 9" tall, each character is faithfully rendered from licensed 3D assets and comes complete with a stylised environmental base.