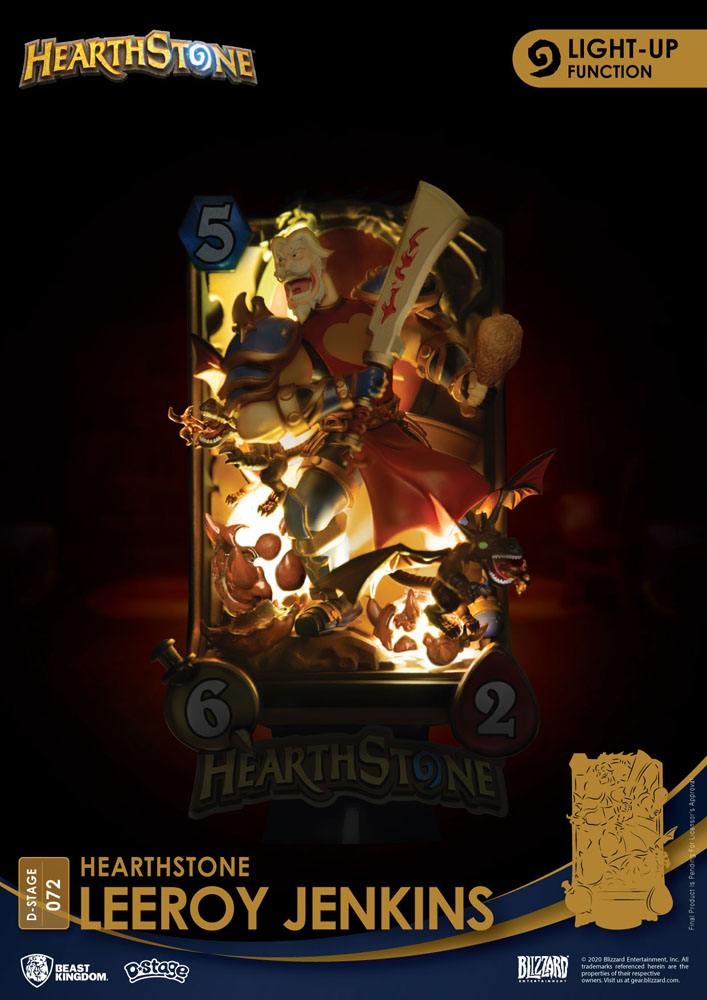 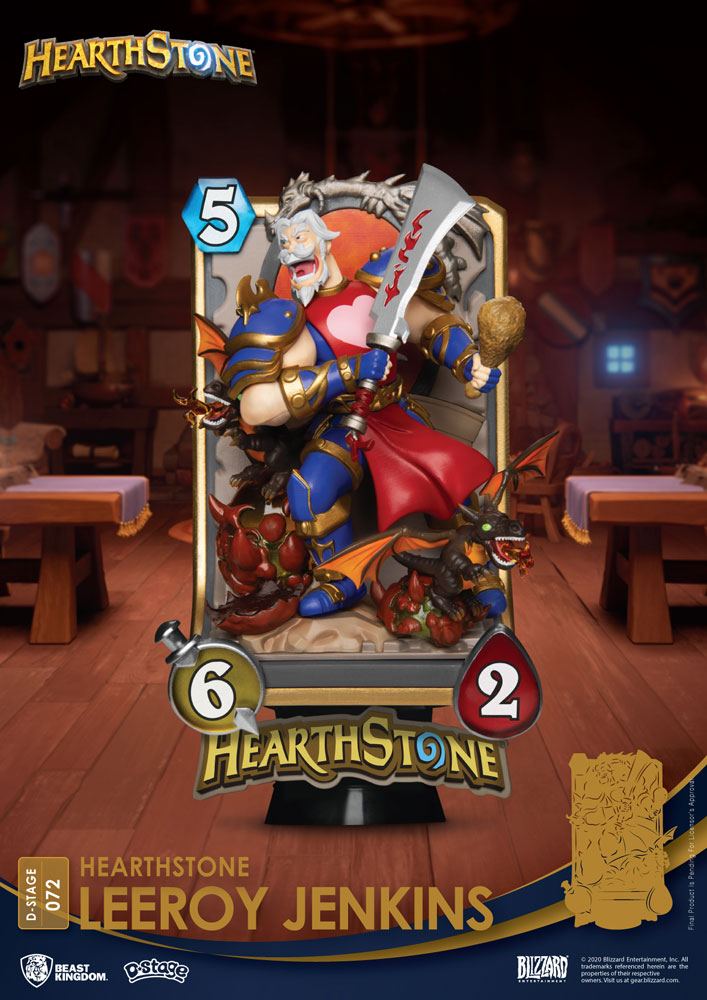 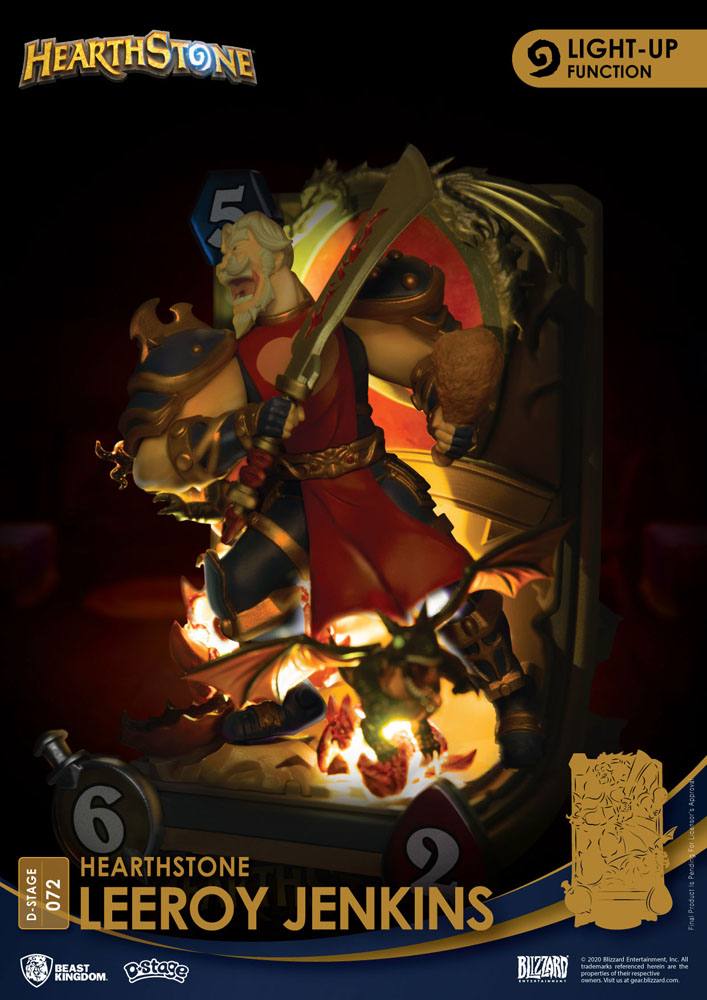 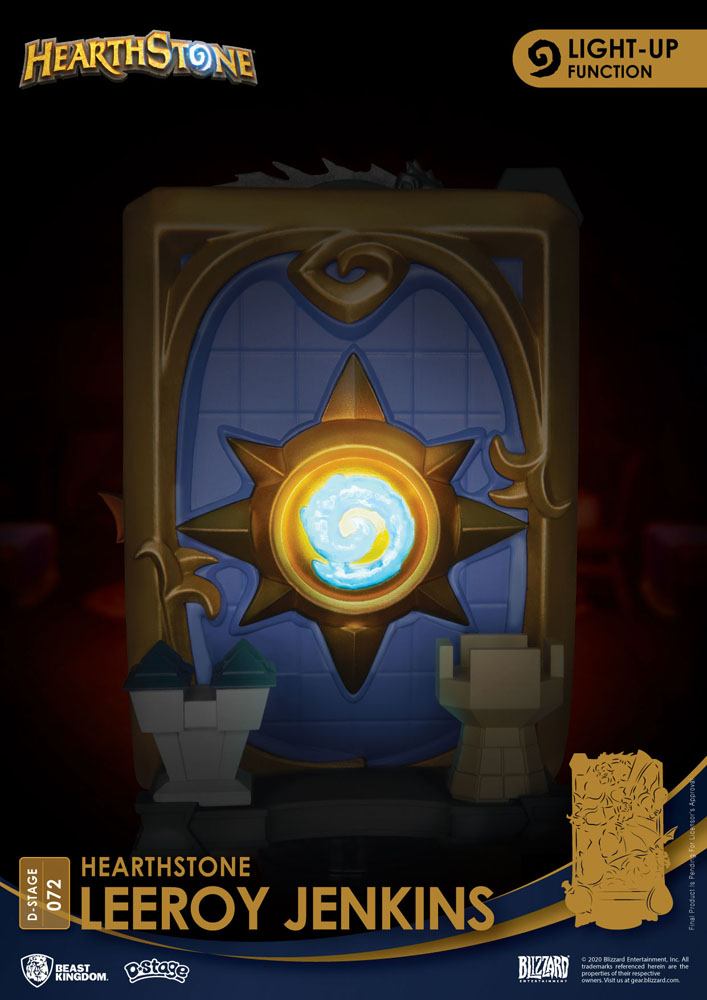 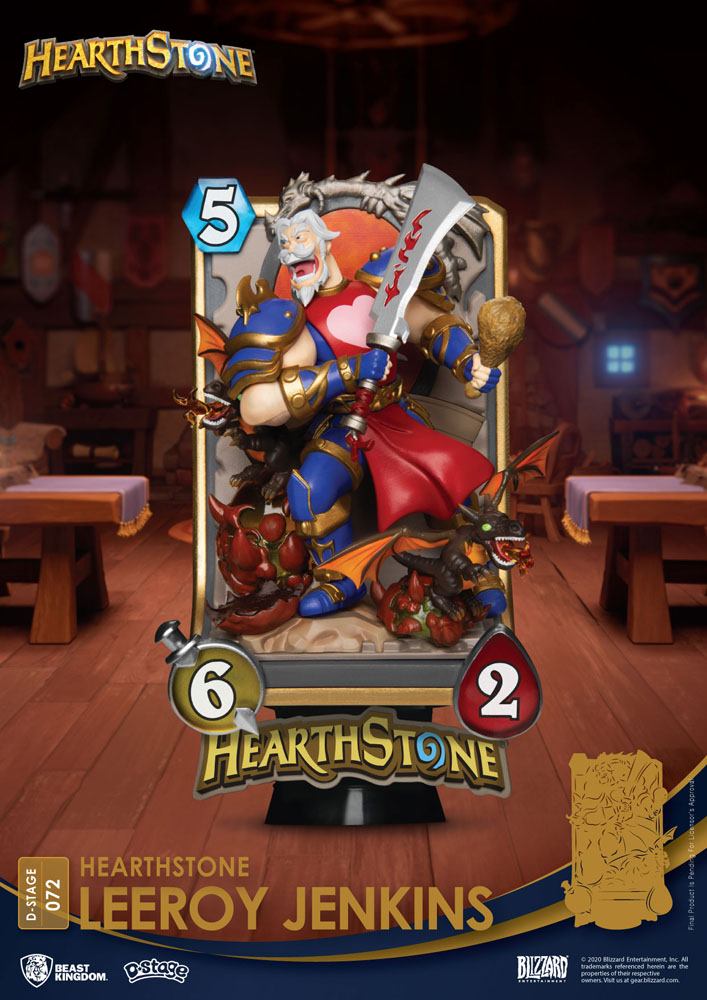 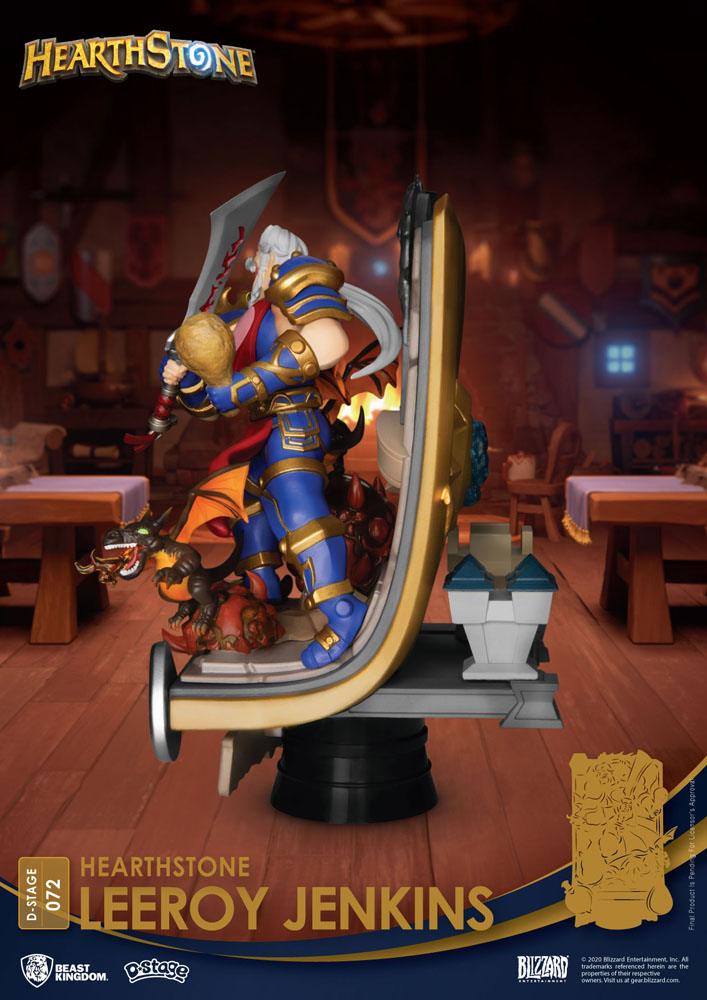 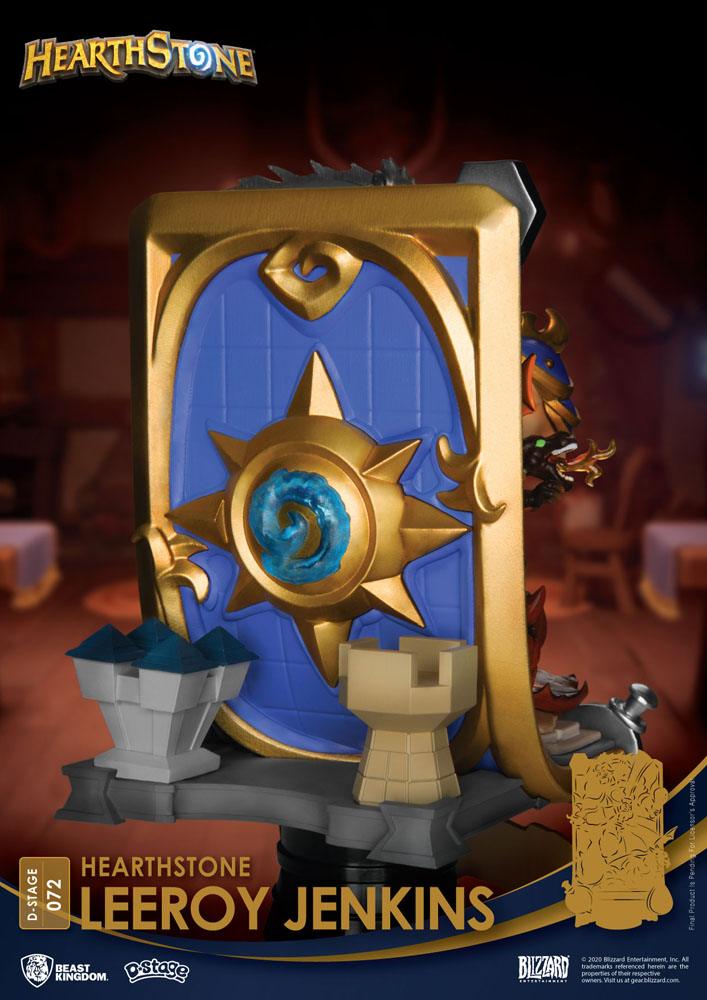 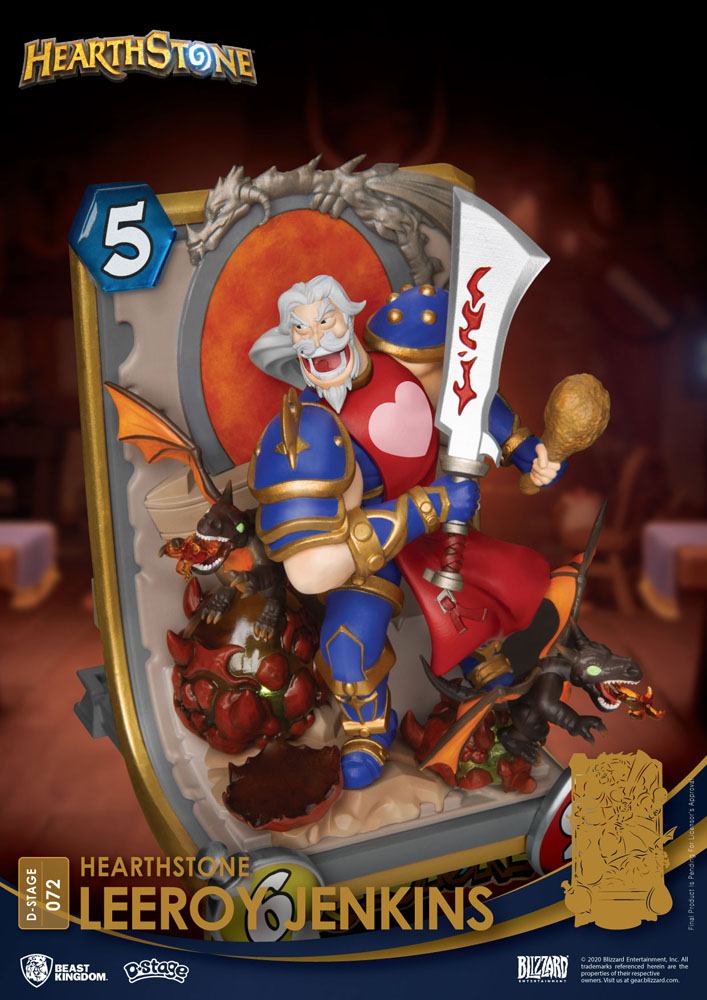 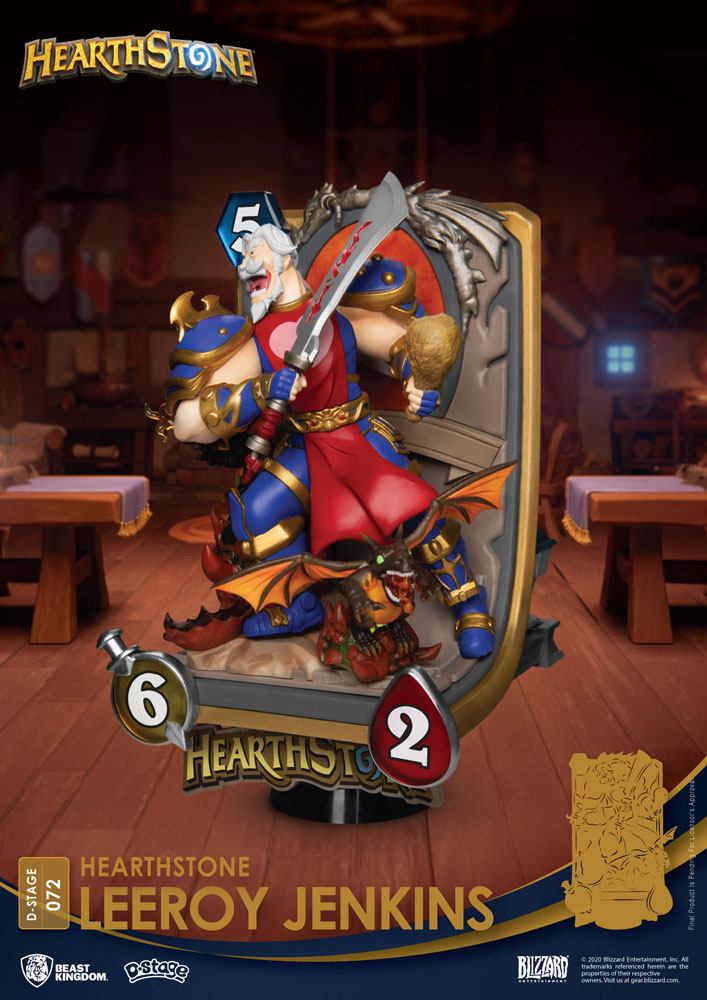 That rumbling is the sound of Blackrock Mountain! Beast Kingdom's D-Stage series has added two major characters from World of Warcraft. Ragnaros the Firelord and Leeroy Jenkins can be seen emerging from their hearthstones. What other hearthstone scenes will follow? Collectors will have to wait to see what surprises we are working on!

Ragnaros the Firelord, who holds very strong convictions, was one of the four elemental generals of the Old Gods. He and the other Elemental Lords battled the Titans but lost, and he was banished to his realm. Many years later at the end of the War of the Three Hammers, Ragnaros was accidentally summoned from his prison beneath the earth. The power unleashed by his summoning would result in the formation of the volcano known as Blackrock Mountain. In the D-Stage series, he is shown with his hearthstone. With the burning of the vivid flames of his body and the wielding of his powerful hammer, Ragnaros is faithfully reproduced and the display stand shows his playing card stats to make you feel the strength of his aura.

"At least I have chicken," said Leeroy Jenkins when he died. Certainly, World of Warcraft fans are no strangers to this legend. Leeroy told the rest of his group that he had gone to get some chicken and then ran into battle before the group was prepared, ultimately leading to their demise. The Leeroy Jenkins incident was even chosen as one of the top five events in World of Warcraft history. Because of this, he has been chosen for the D-Stage series. The style of the game is reproduced in this design with Leeroy brandishing his weapon in his right hand and fried chicken in his left. The display stand also has dragon eggs (hatched and unhatched) and baby dragons.

The design of each character is unique, though they both employ meticulous craftsmanship and design along with some translucent materials to heighten the three-dimensionality. The classic symbol in the center of the background brings coherence to the presentation. Collectors will also notice the small buildings from the scenes of battles on the back side. It's almost as if you are there! Fans of Ragnaros the Firelord and Leeroy Jenkins will definitely want to add these to their collections. Get yours now!

Both products have a light-up function mechanism this time. The translucent material allows the statue body to show more vivid lines, and another display style!