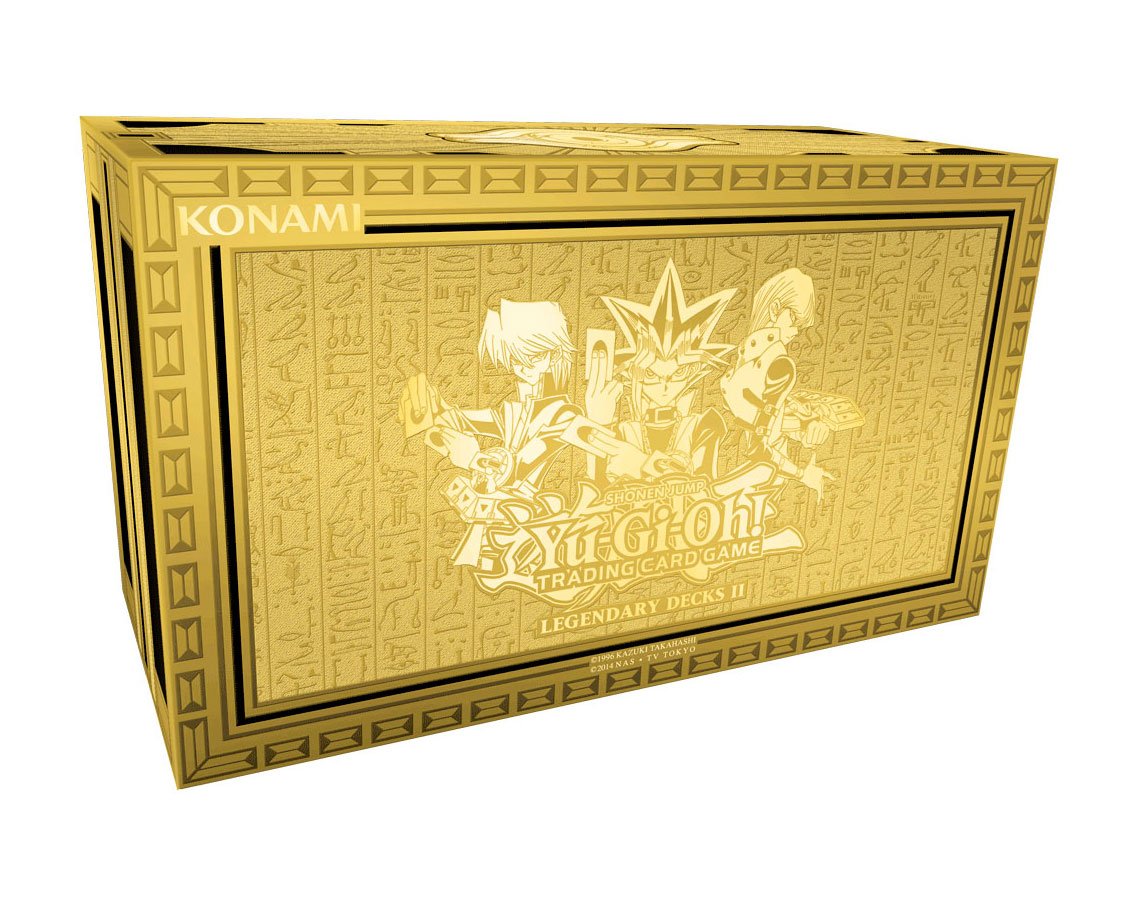 "Exodia, obliterate!?" The words that ended Yugi's first Duel in the original animated series are just the beginning in Legendary Decks II! Legendary Decks II traces the journeys of Yugi, Kaiba, and Joey from Duelist Kingdom to Battle City and beyond, with three unique Decks that let you employ each of their greatest strategies!

Each Legendary Decks II box set includes:
- 43-card Deck based on Yugi and his unstoppable Exodia, the Forbidden One. For the first time in more than 8 years, brand-new cards to help assemble the five pieces of Exodia are included! This Deck ALSO contains all 3 playable versions of the Egyptian God Cards, available together in one place for the first time ever!
- 43-card Deck based on Kaiba and his legendary engine of destruction, Blue-Eyes White Dragon! For Seto Kaiba, might always made right, so this Deck is packed with powerful monsters and destructive Spell and Trap Cards!
- 43-card Deck based on Joey and his ferocious Red-Eyes B. Dragon! No one grew more as a Duelist and a person during the original series than Joey, so this Deck includes cards that grow and change from turn to turn like Red-Eyes Black Flare Dragon and Red-Eyes Archfiend of Lightning.
- 3 brand-new Secret Rare cards to enhance Decks built around Dark Magician and Dark Magician Girl: Eternal Soul, Dark Burning Attack, and Dark Burning Magic.
- 3 Ultra Rare Token Cards. Each one depicts one of the three legendary Duelists of the original animated series with their signature monsters!